Syd Suuux is a rare and beautiful creature, one that you may have encountered or seen (if you’re lucky enough!) in a Brooklyn music venue or bar. We first noticed the platinum singer sitting on the side of the stage at Jonathan Toubin’s Our Wicked Lady summer rooftop party a couple of years back. Observing Syd from a distance, we noticed a blonde goddess donning a buzzed mullet with high cheekbones and fantastic eyes. She seemed shy and withdrawn, which of course makes her even more fascinating. Being an ex-model, Syd looks as if she just walked off the set of a high-end fashion magazine editorial. Within moments, the singer jumped onstage to perform with her Brooklyn-based band, Flasyd. Syd was dressed casually, in a t-shirt and jeans and we noticed that she really made no eye contact or any effort whatsoever to engage with the audience. While singing onstage Syd holds the mic stand and gazes up to the punk angels in the sky, all while guzzling a can of crappy beer. This singer is definitely in her own world, a universe filled with unique and angry vocals. Syd yells and screams as if she is beginning a revolution…perhaps her own musical revolution. Her raw performance is something that we quickly became enamored with. Syd and Flasyd are extremely refreshing in a world of overly produced, manufactured crap commercial music. And Syd Suux IS the real deal.

PONYBOY:  Syd, we were really in awe the first time we saw you perform onstage. Tell us your background, where were you raised, etc.

SYD SUUUX:  The rebels Ma and Pa had me out of wedlock, gasp! I was born in Jersey then moved to North Carolina at a couple months old. A few almost stepdads and go-go girls later (about 9 years) Mom and Dad actually fell in love, got hitched and Mom and I moved back to Jersey. Then when I was almost 11 they had my lil’ brother, and that’s my fam. I was shit at sports as a kid, always got the “Most Improved” award because I was the worst but tried hard. ha, ha! But I got into theatre at an early age and put a lot of my energy into that. 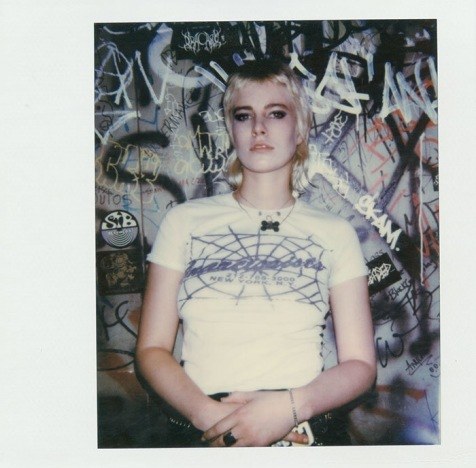 PONYBOY:   When and how did your band Flasyd form?

SYD SUUUX:   I met Randy (Miranda at the time) and Kim at Our Wicked Lady the first time they came into town two summers ago. It was North Side weekend and we were talking about the next band up. Randy hadn’t heard them before and I said,  “…ehhh, they’re kinda flaccid rock”. She burst out laughing and we thought Flaccid would be a funny ass name for a fast band and then we decided to fuck around and make a jokeish band. I had never sung before, Kim wanted to play guitar, Randy on drums, then OG member Wisha was on bass, I think? We did like 2 practices then Wisha dropped out. Naz and I were partying a lot together and he’s hella funny so we pulled him in. Jonathan Toubin gave us our first show at Home Sweet Home after probably 8 practices together and that was that. Kim plays drums and Randy’s back on guitar now though.

PONYBOY:   You’re the vocalist for the band. How did you get into singing?

SYD SUUUX:   Not well, I would say. Ha, ha. It wasn’t really something I ever saw myself doing. I would say I was forced, “cough, cough”, by Randy and Kimmy.

PONYBOY:   You have a unique style of singing when on stage. You don’t really make any eye contact or appear to interact with the crowd much at all. Would you say that you’re shy?

SYD SUUUX:   Anyone that knows me knows I’m not shy for shit, EXCEPT onstage. I’m scared as fuck!! It’s really different than acting to me. I’m not playing a character.  I’m like saying my own personal shit, which intimidates me to be honest. Call me a pussy, but I do what I can to get through the shows and if that means not lookin’ at people and drinking a bottle of tequila, so be it! I hope to come into my own one day, just not quite there yet I guess. 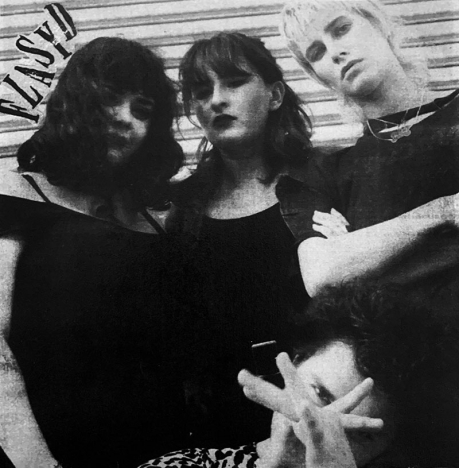 PONYBOY:   No, it’s terrific! We love it the way it is. Don’t change it. Had you been in any other bands prior to Flasyd?

PONYBOY:   Flasyd has a dark, punk element to the band. Do you consider your band punk or how would you describe your music?

PONYBOY:   Who would you say are some of the musicians or bands that have been formative in your musical career?

SYD SUUUX:   Oh, damn, the dreaded question! I don’t know. It varies as we continue to discover new stuff ourselves. We’re into a lot of stuff old and new. My taste changes on a daily basis. Will always love The Stooges, and The Cure has had some influence on us as a whole, I think, but I don’t know. I always hate this question.

PONYBOY:   Yes, that damn question that we and everyone else always asks! Ha. So again, who are the actual members of Flasyd? Some are also in another great New York City band, Miranda and the Beat.

SYD SUUUX:    So yeah, we have Randy the singer and guitar player of Randy n the Beat, Kim the beat of Randy n the Beat, and then we got Nasty Naz the bassist of Gnarcissists. Then sometimes we like to sprinkle in a lil’ keyboard from maybe Lily from The Mystery Lights or Pouya from Bipolar. Oh and Mike from Randy n the Beat occasionally plays tambo or toilet seat when we need extra list spots. Ha, ha. 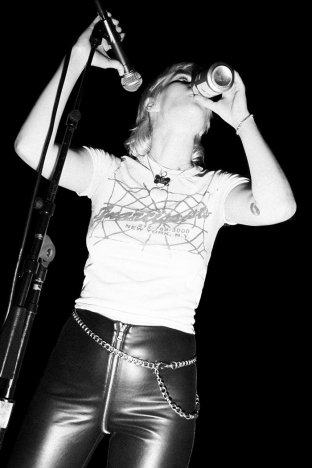 PONYBOY:   Flaysd has a 45 that was released in 2019 on Jonathan Toubin’s Night Train Records. What was it like working with Jonathan as a producer, and what about Oakley Munson (who we remember from New York City band, The Witnesses)?

SYD SUUUX:    Jonathan Toubin is one of the most amazing people I’ve ever met. I’ve worked for him assisting him at his NYNT Soul Clap and Dance-Off every month for two years now (obviously on hold currently). Oyyy though, the story of recording that 45 is a bit of a dousy. Ha, ha. I got blackout in the car ride to upstate NY and came out of said blackout probably halfway through the recording with no voice and a killer hangover. Ha, ha. No one was too happy with me at the time, but I have since been forgiven and it turned out pretty sick. So all is well that ends well! (Sorry again, Oakley). Jonathan and Oakley are legends and really made an awesome 45 that we are so grateful for and proud of.

PONYBOY:   What a funny story! And YES, Jonathan Toubin is THE BEST. You have three songs on that release. “Again Again Again Again Again”, “Johnny” and “I Hate You”. The text on the record sleeve says: “Based on a true story”. Is this your story? 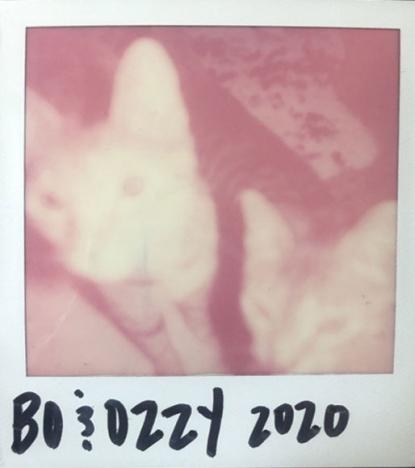 SYD SUUUX:    Yeah, absolutely but I think the true story is pretty relatable. “Again…” is about the classic bender and “I Hate You” is about hating a fuck person. “Johnny” is actually about my dad and based off a letter his ex-girlfriend wrote him in a time where “eight-packs” of beer existed.

PONYBOY:   Do you write the lyrics?

SYD SUUUX:   Mostly, but everyone pretty much dabbles in it. Naz had a big part in “Again…” and Randy will always give her two cents about it.

PONYBOY:   You worked as an agency model in the past, with your mother agent here in New York City and agencies in Milan, Istanbul and Seoul. What was modeling like for you? Did you enjoy it at the time?

SYD SUUUX:   It was pretty sick being given the opportunity to travel all over. I love traveling and that was my main reason for modeling. I wasn’t into the body standards and couldn’t keep up to be honest, so been bartending ever since!

PONYBOY:   Your personal style appears to be casual and effortless. Are you into clothes and designers?

SYD SUUUX:   I’d like to think I can be stylish, but who fuckin knows, eh? I’ve always got a lil’ vintage Gucci mixed in ;) …soon to come, a new single: “My Cat Pissed on My Gucci Boots”.

PONYBOY:   Ha. Great name for a song. Tell us about your obsession with cats. Would you say you’re a self-proclaimed “Cat Lady”? Ha.

SYD SUUUX:   Ha, ha. I don’t know if I’m a cat lady, per-say! My friend and I rescued a cat on our street like a half year ago. She got knocked up about a month into living with us and had seven beautiful kitties, lil’ Christmas miracles. Friends and I raised them and we gave them all away to loving homes. I kept one though. So I got mama Bo and baby Ozzy. My roomie also has two cats, so we call our house The Pussy Palace.

PONYBOY:   The coronavirus has thrown the world apart. Has this been any sort of inspiration for Flasyd as a band? Are you working on new material at the moment for future releases?

SYD SUUUX:   To be honest, I’ve hardly felt inspired through the coronavirus. I’m jealous of my friends who have been really diving into their work but I just wasn’t really feeling it. Then, George Floyd was murdered and a lot of us found purpose in our days again- fighting to have our voices heard because BLACK LIVES MATTER. Really lit a fire under our ass to record our new single – “$nuff” because we wanted to put something out and be able to donate. 100% of proceeds go to Grassroots Law Project, available on Bandcamp today.

America has faced a lot of crises this year, however racism and civil unrest isn’t new. What’s happening now is the result of 400 years of oppression and needless to say we still have a long way to go to fix everything. Due to coronavirus, Kim had to go back to Cali :,( So we called in our boy Chris Trombley to fill in on drums and he killed it. We also asked the genius Lily Rogers to jump in on keys. Randy recorded the song in our lil’ stu and Nick Zimmer helped mix and master it. Nate Turbow killed it with the arts, eh? We hope y’all enjoy it! ACAB +++ VOTE PLZ !!  https://flasyd.bandcamp.com/track/you-said 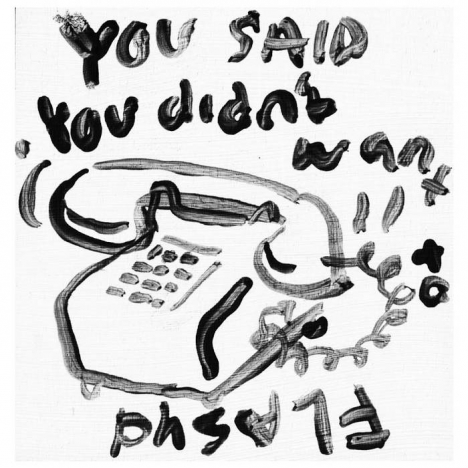 Cover artwork of Flasyd’s “You Said”. 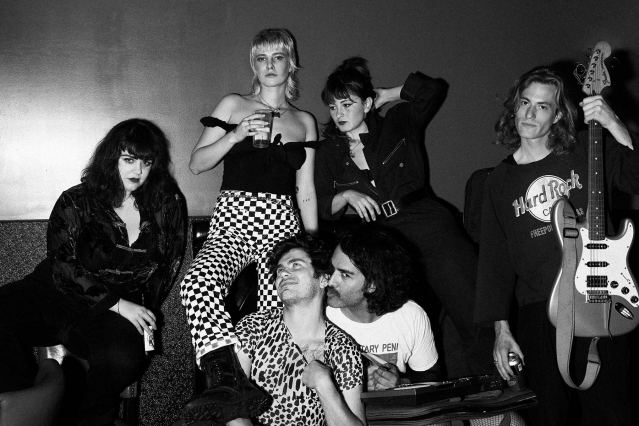