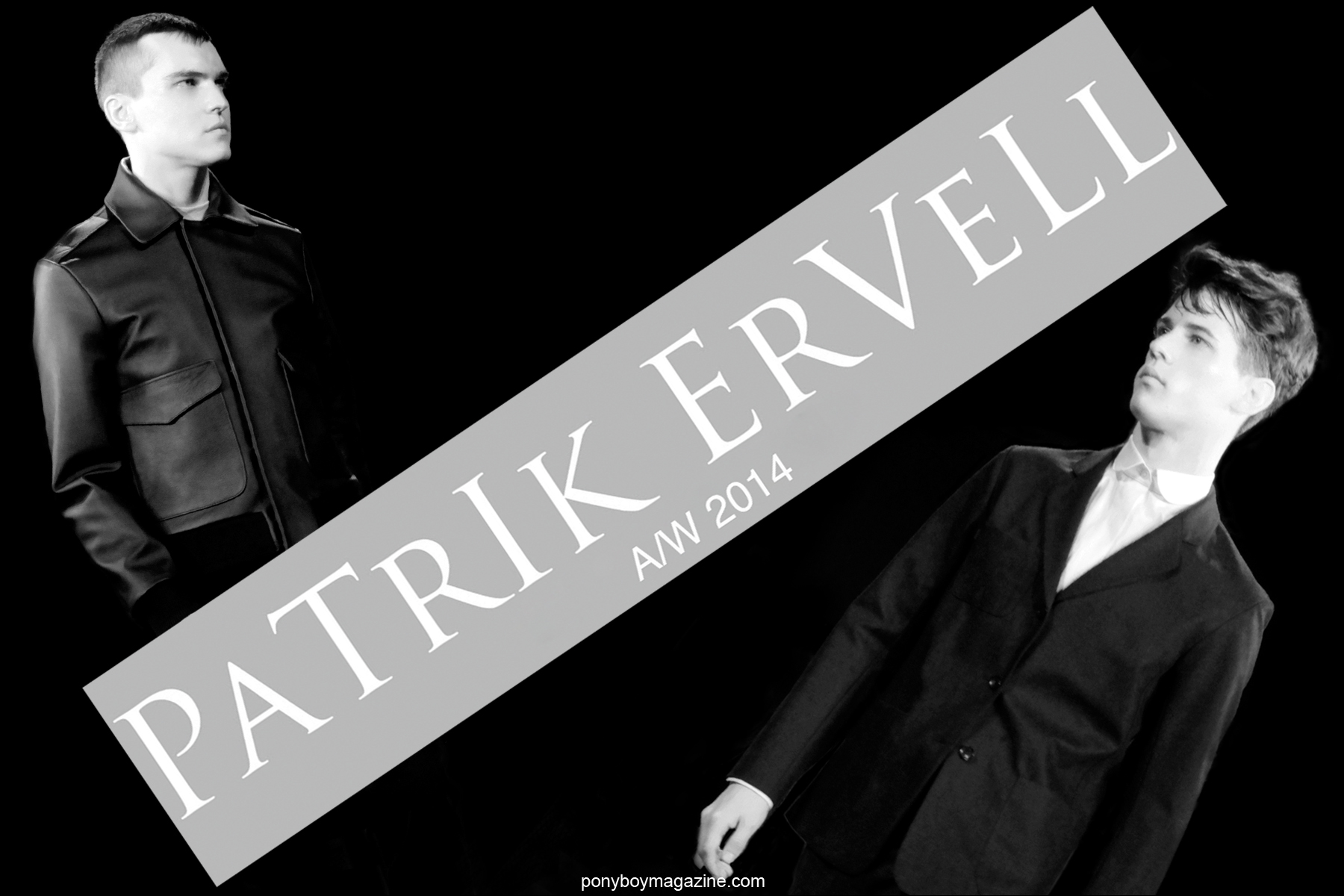 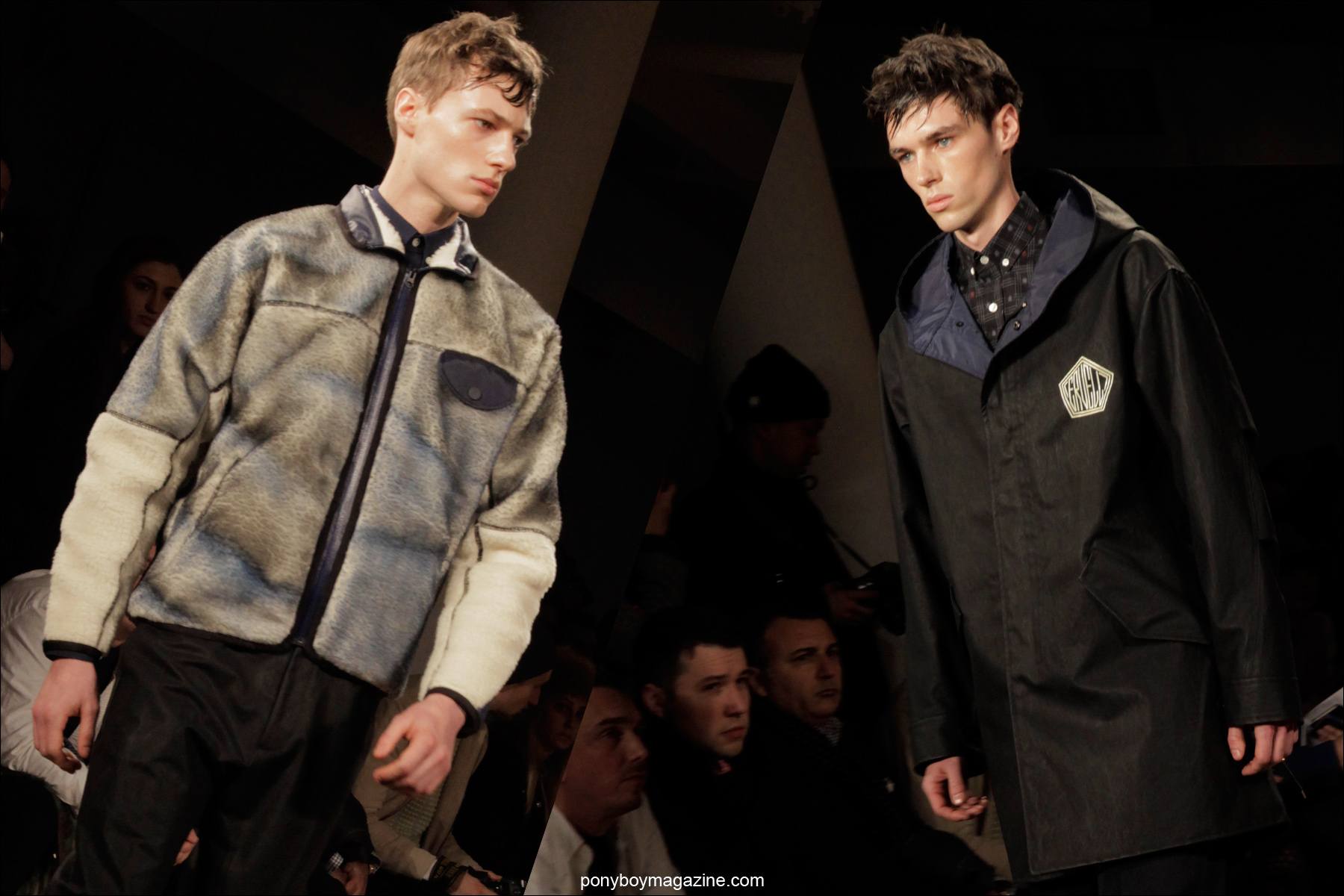 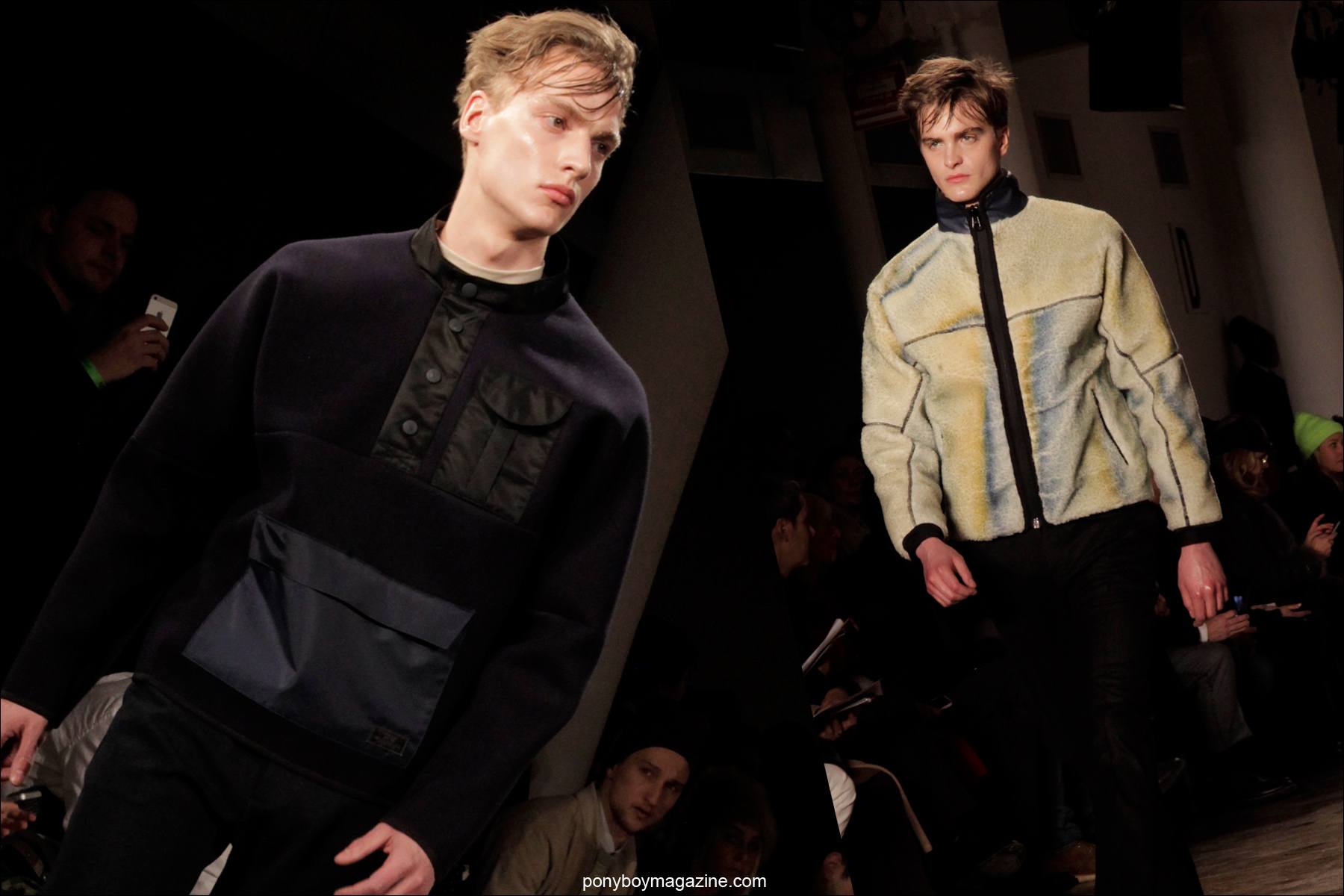 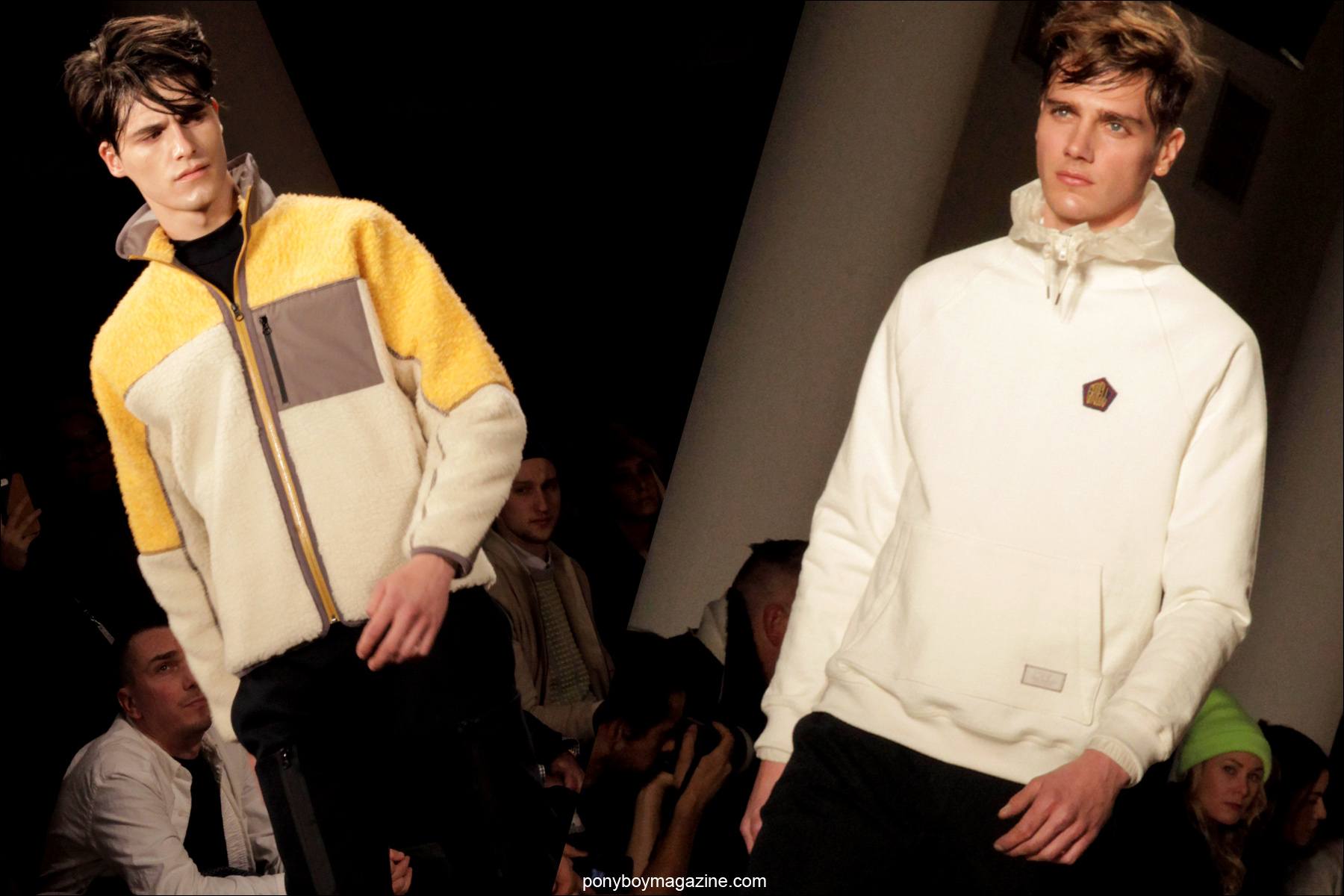 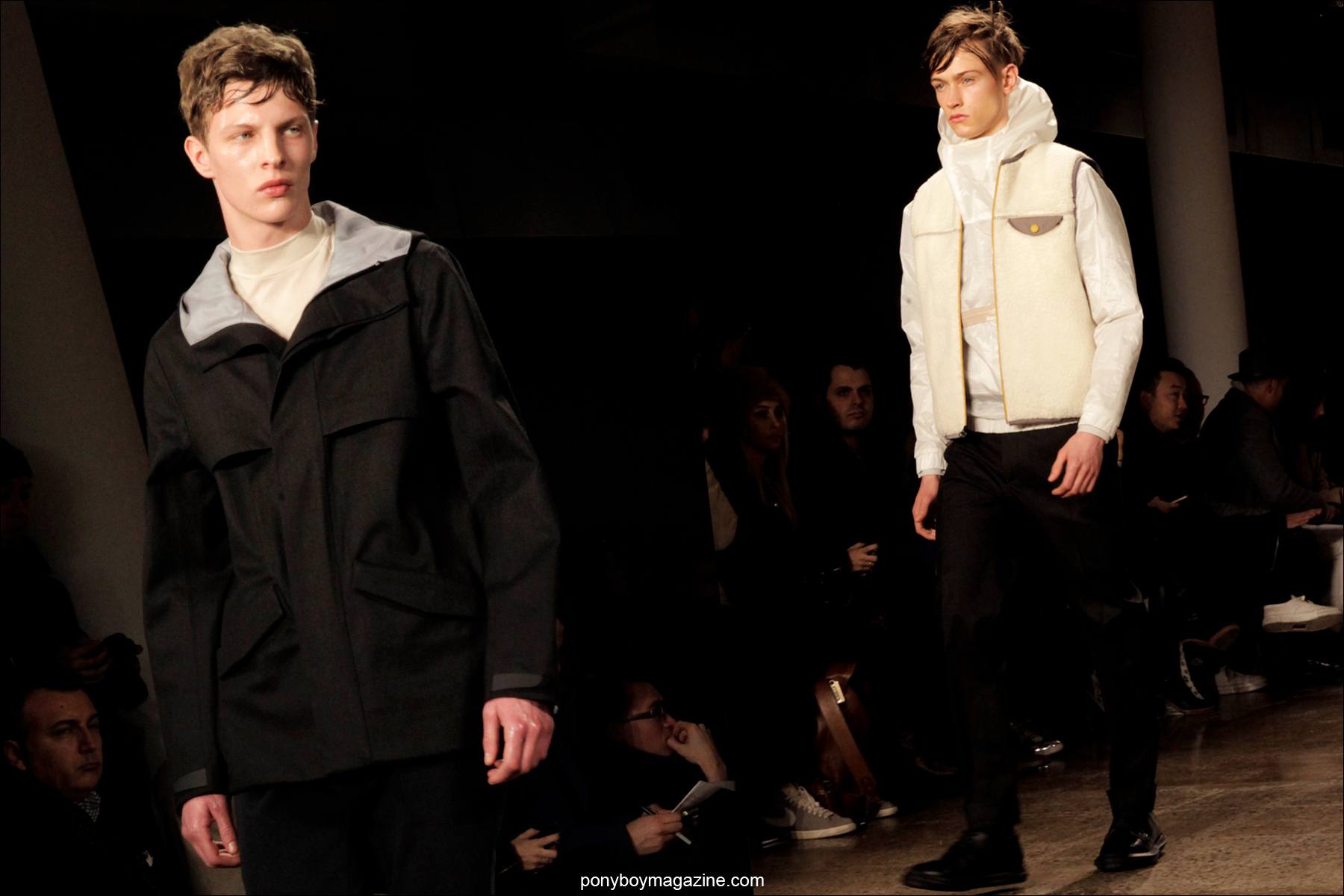 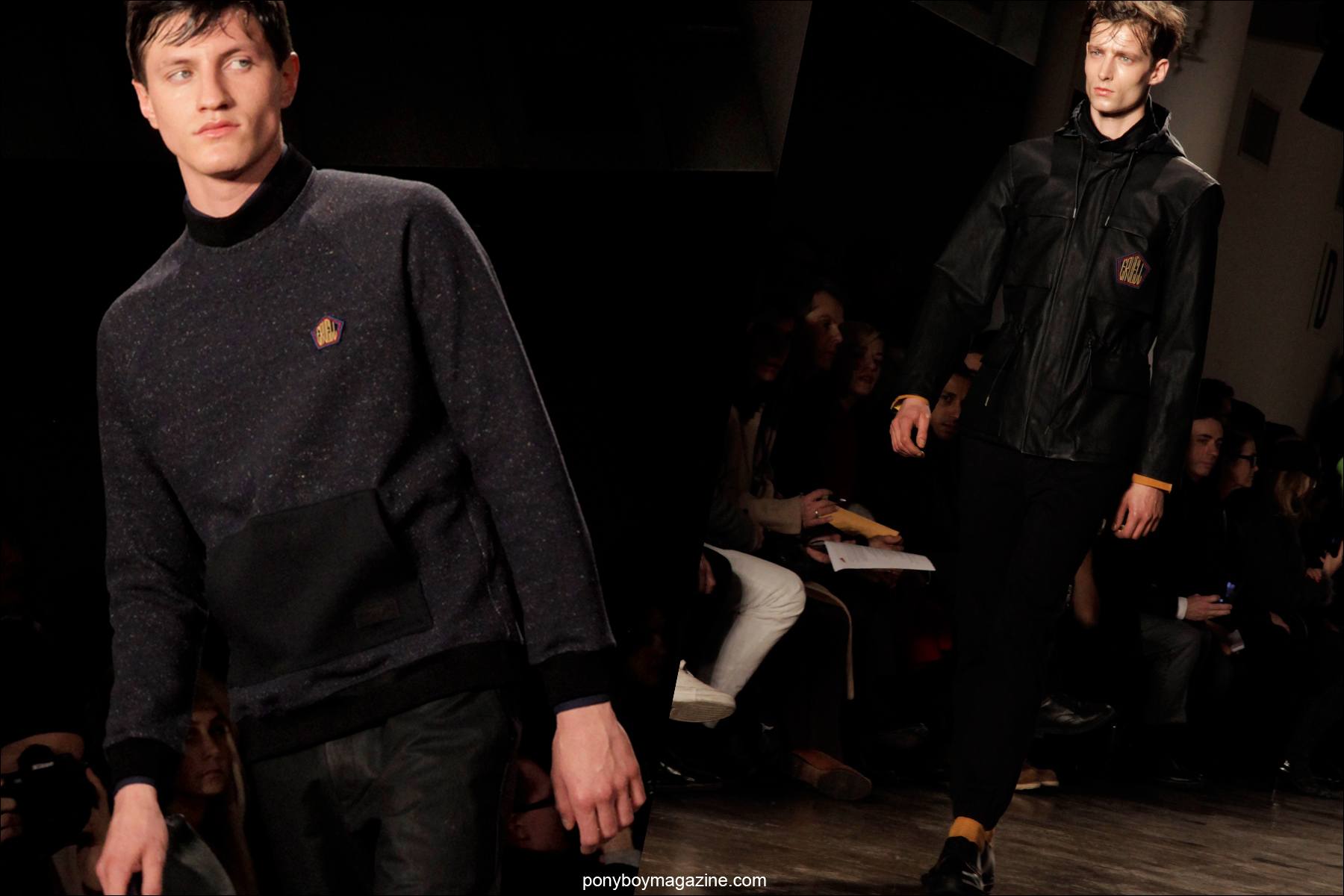 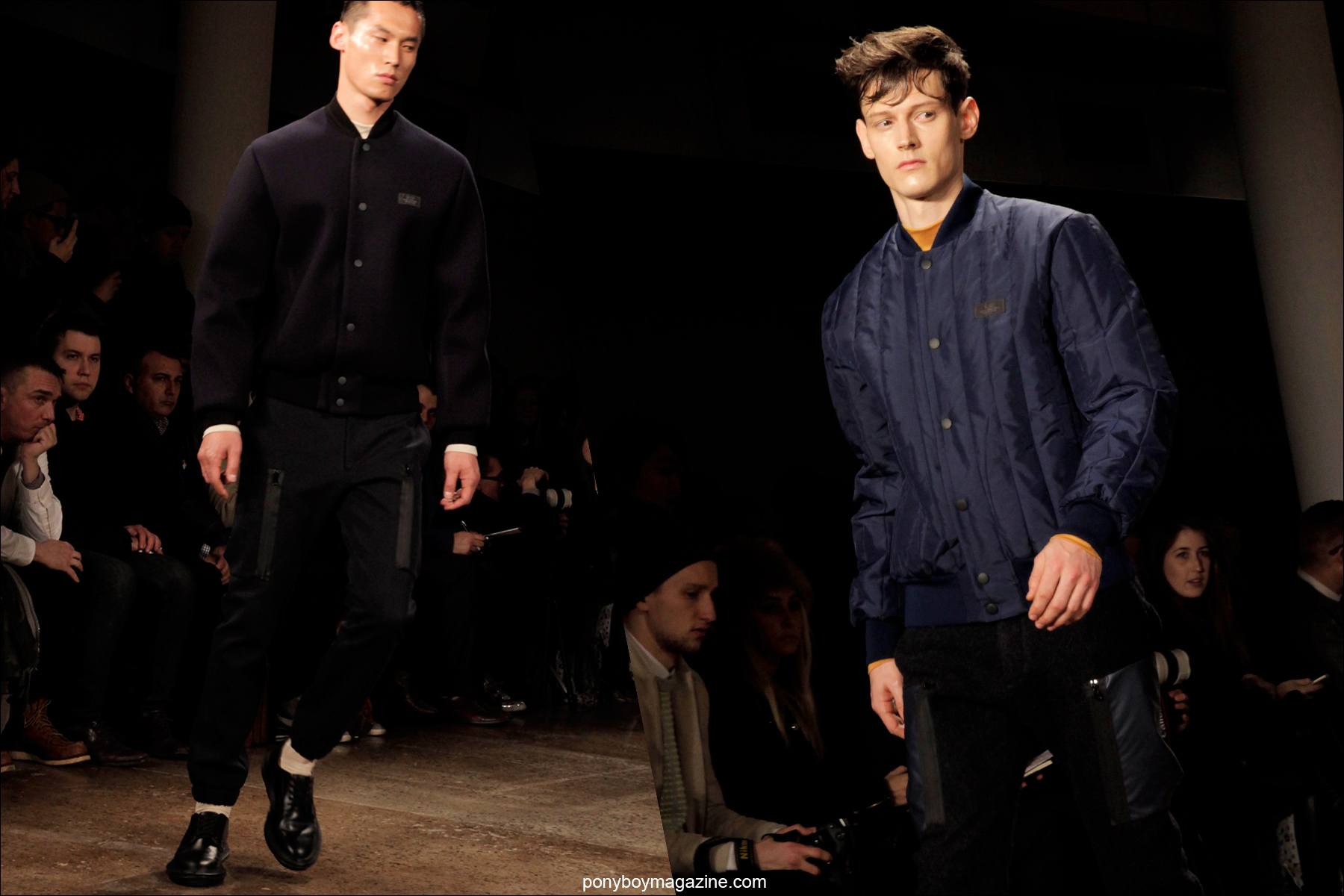 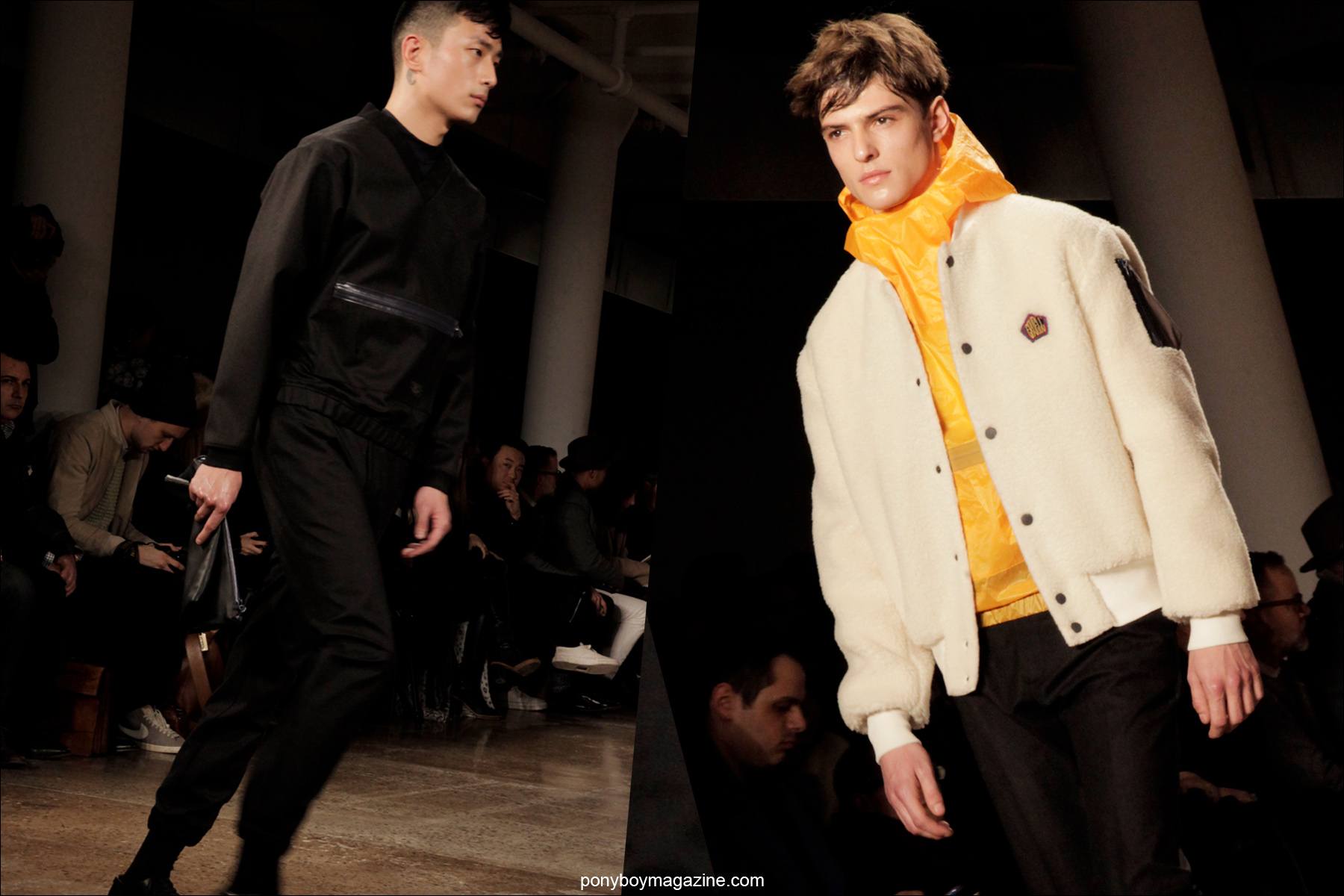 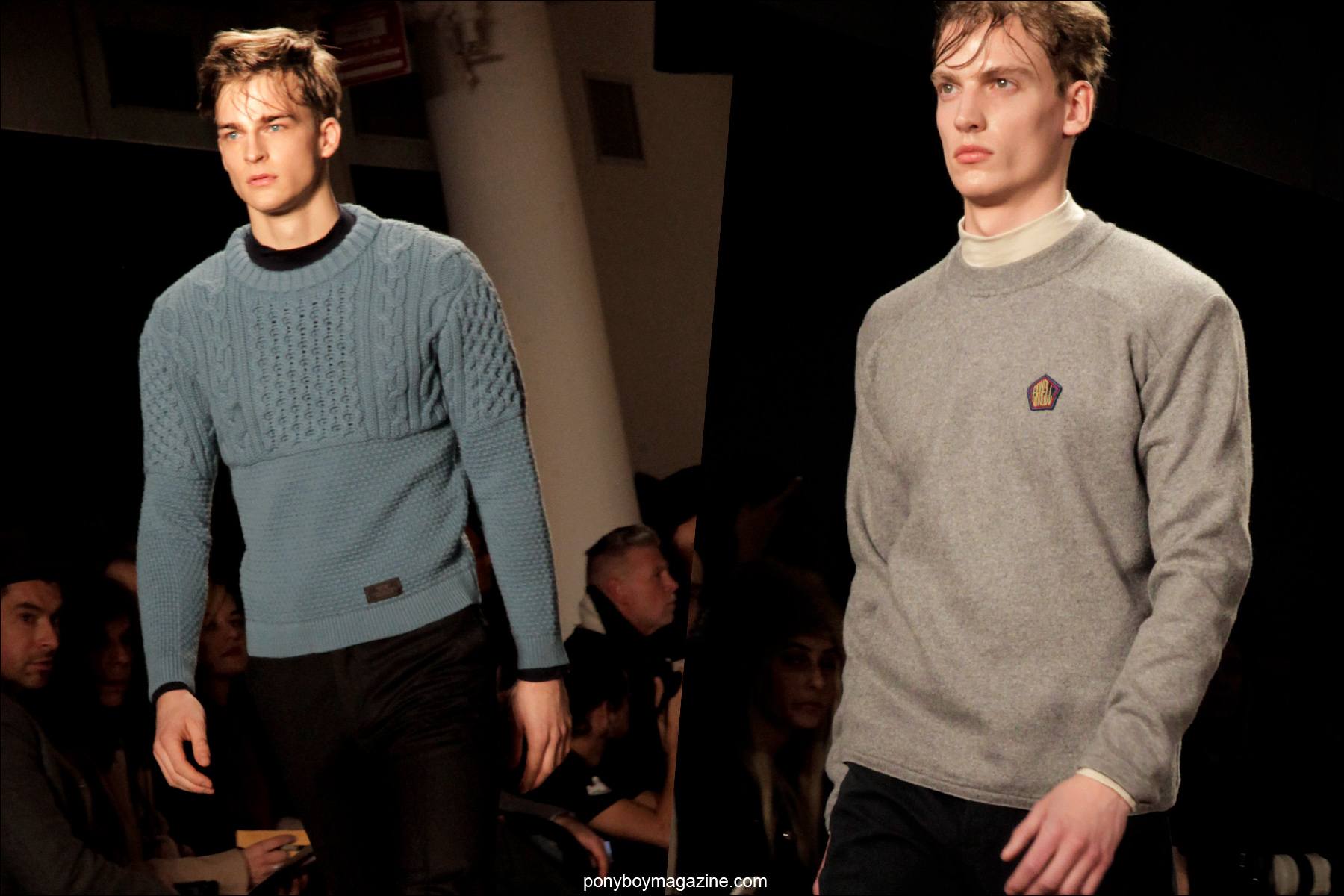 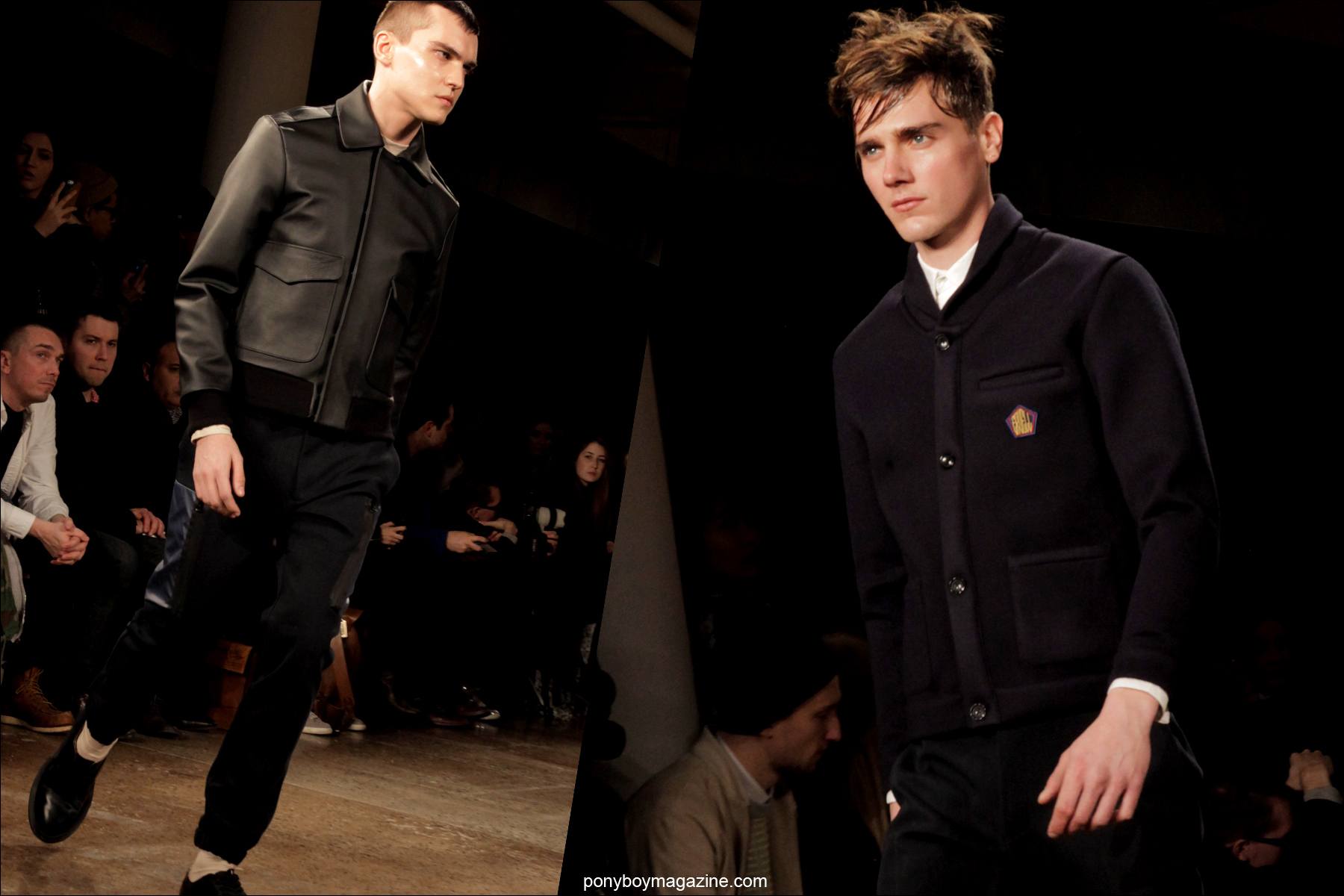 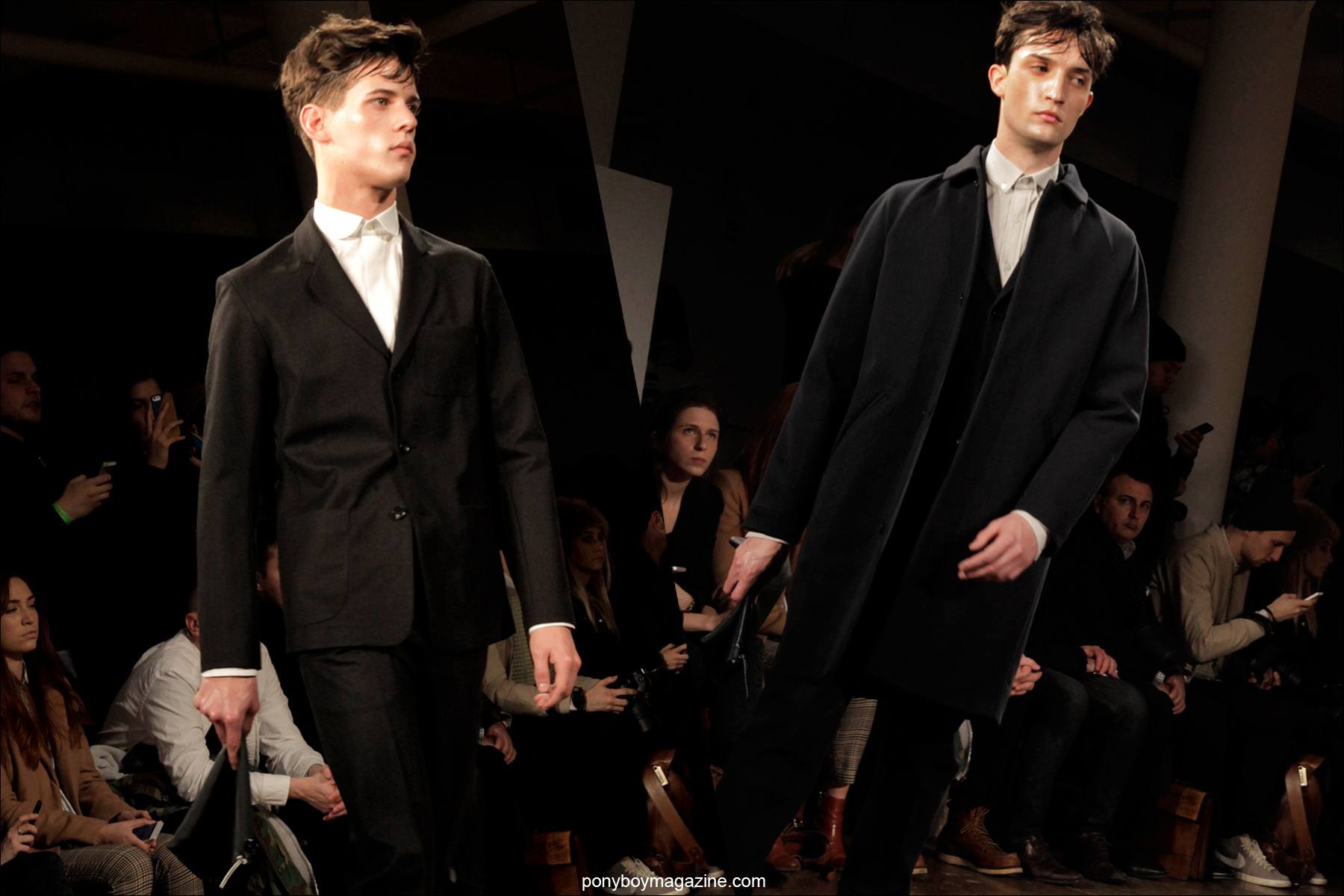 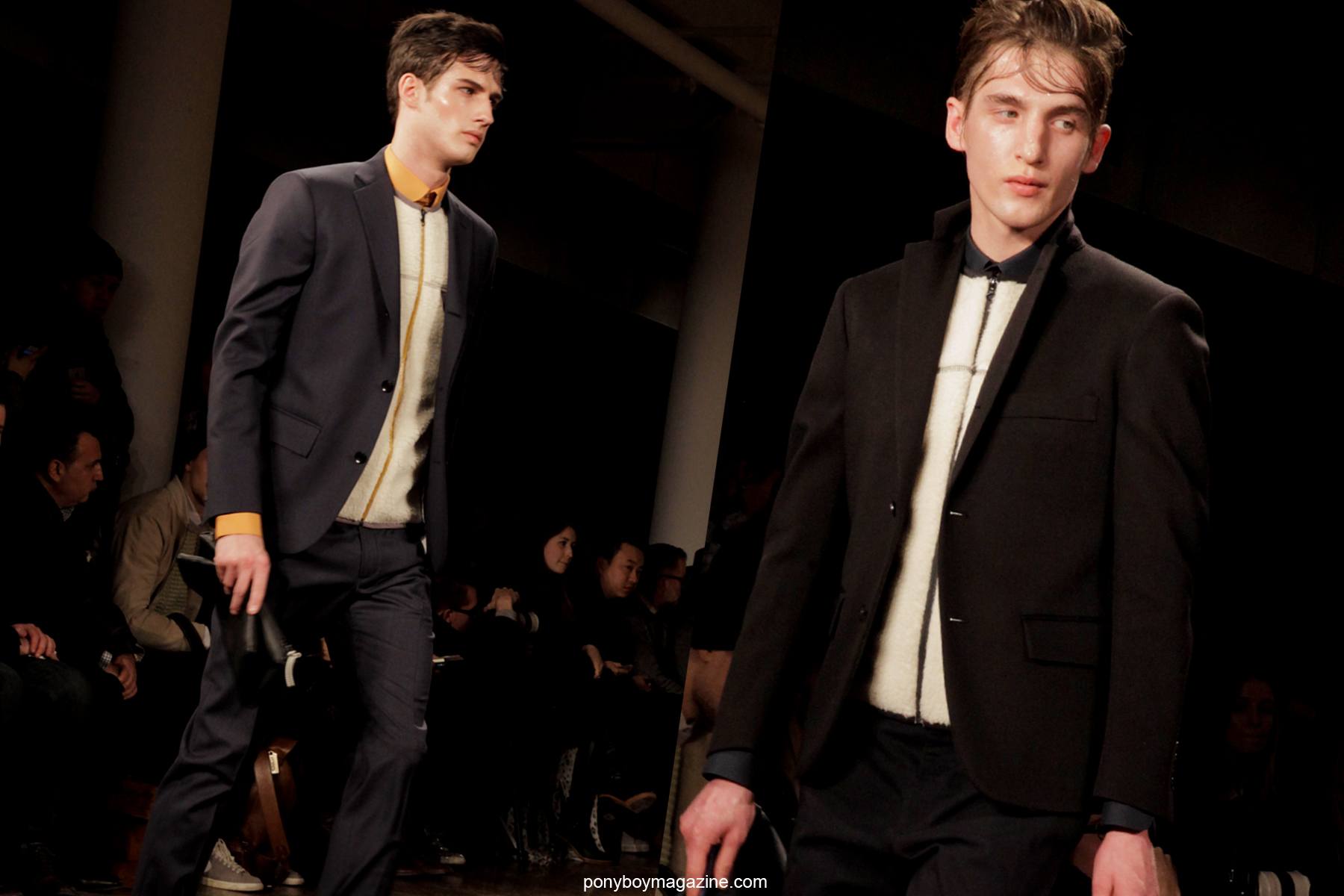 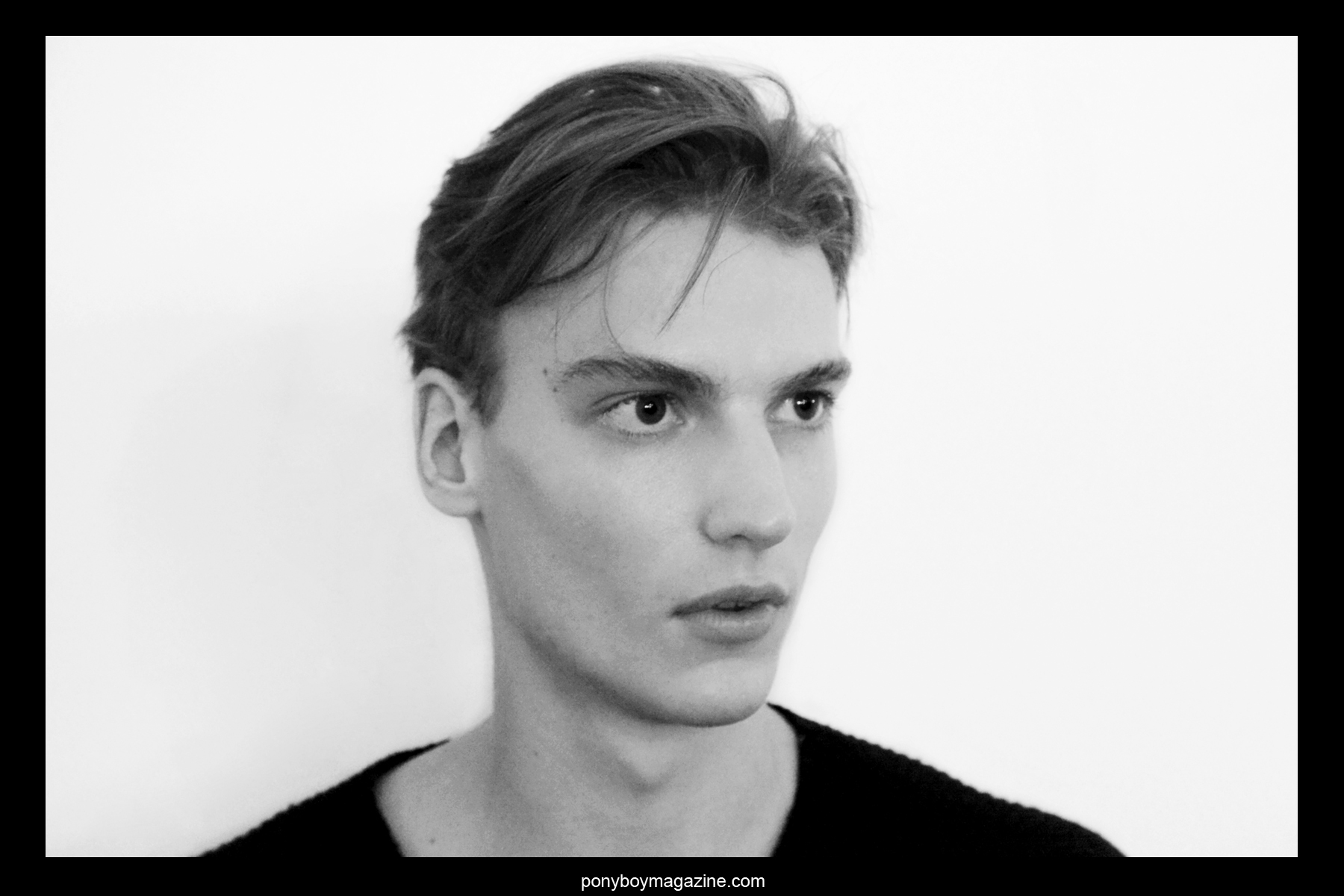 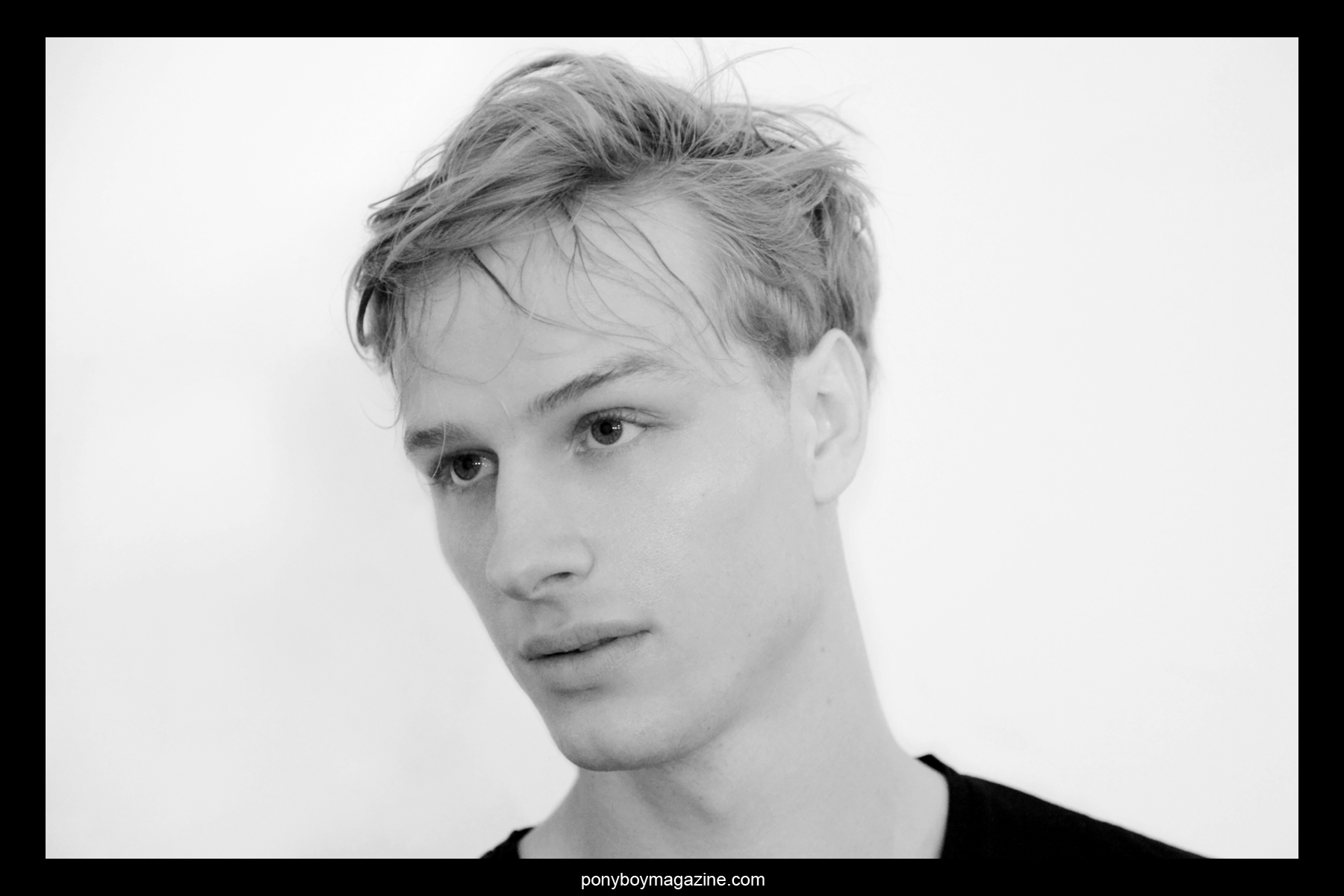 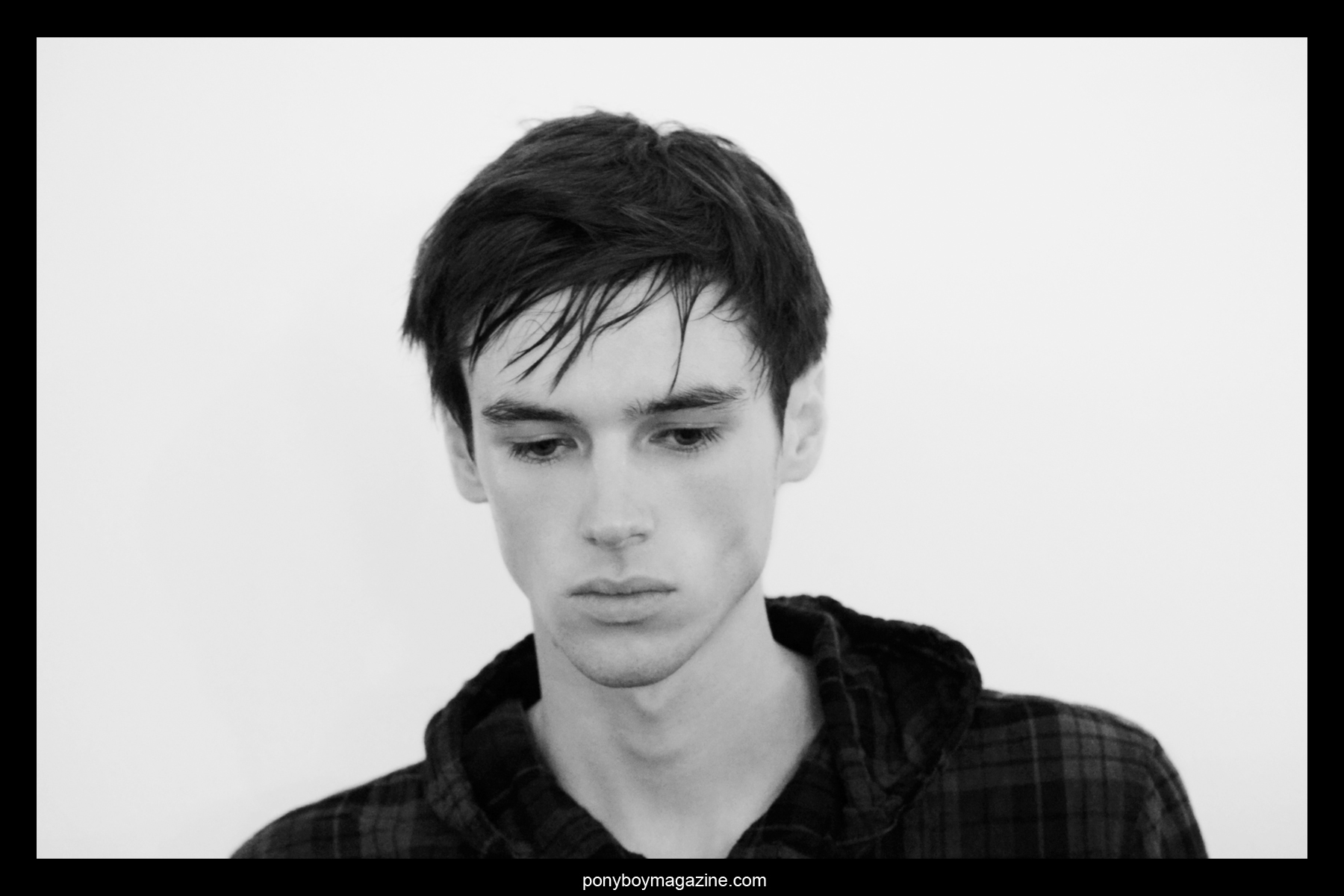 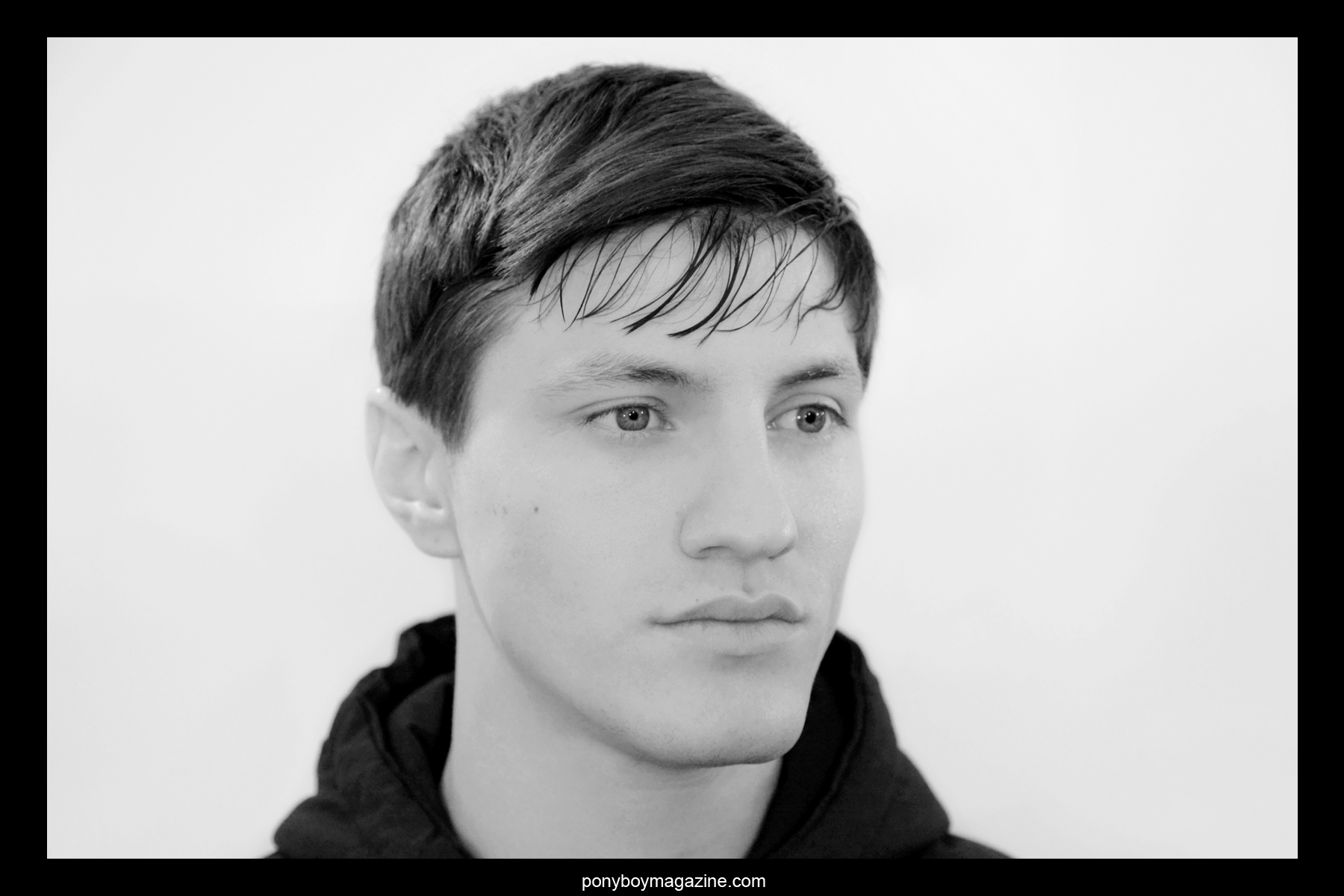 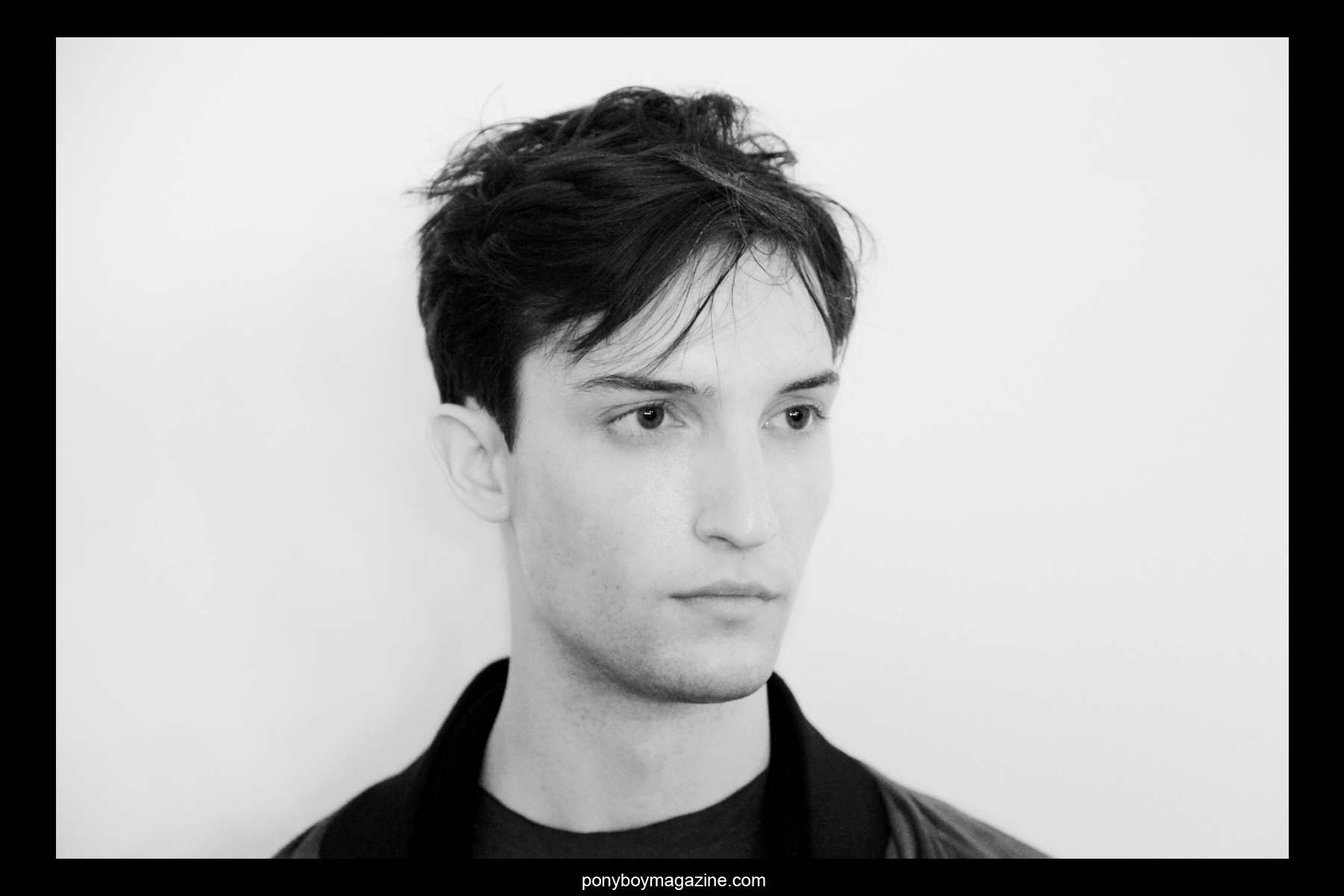 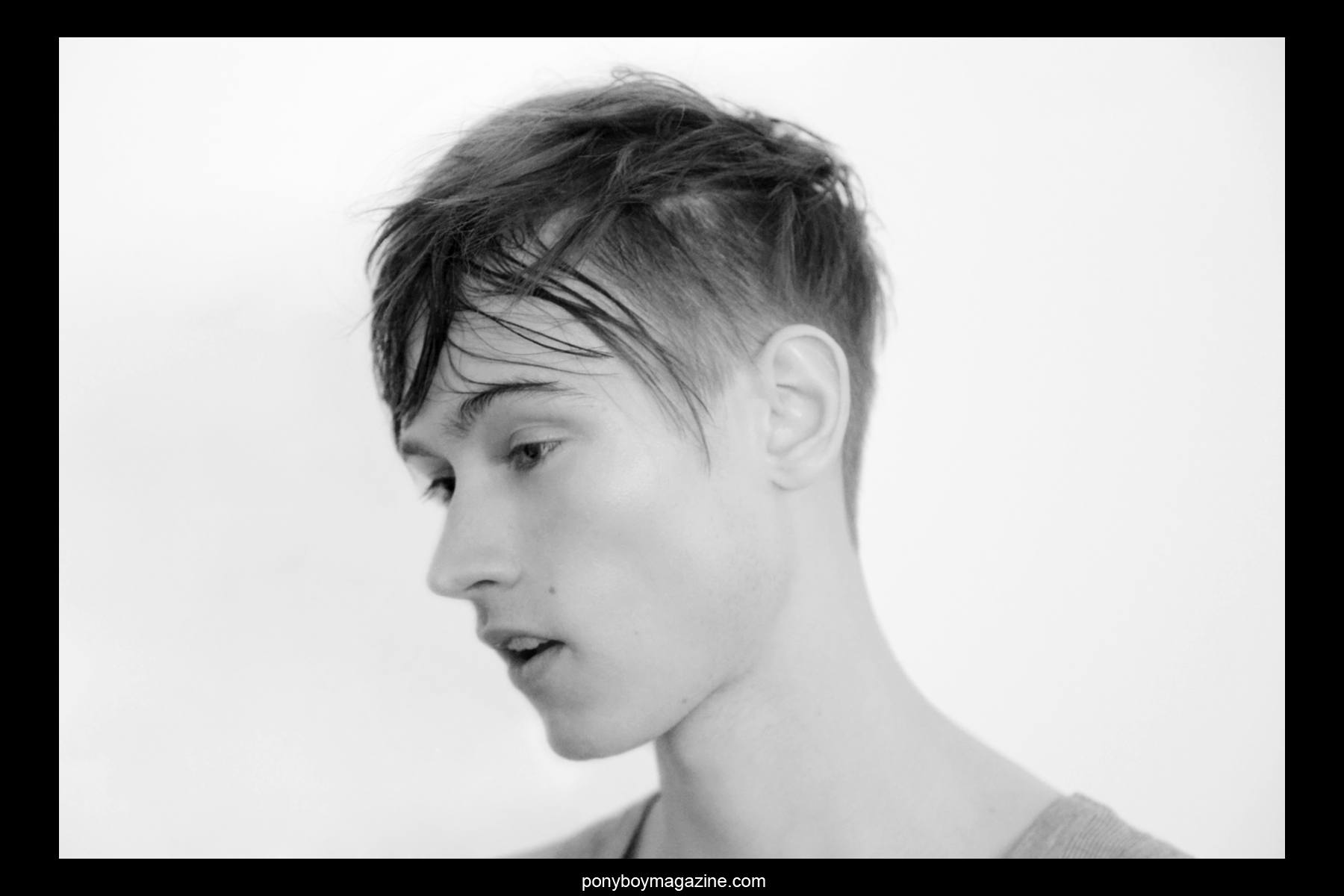 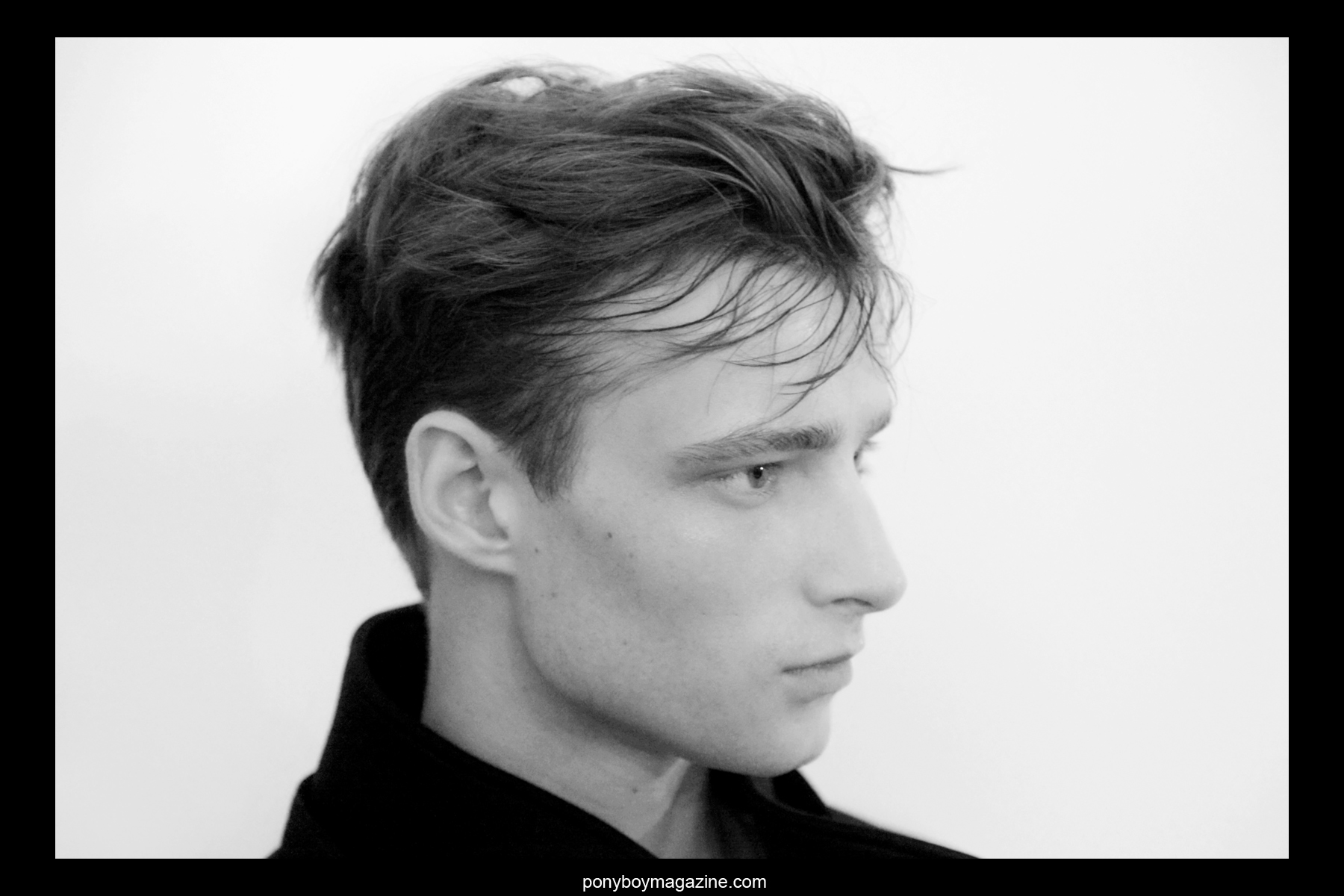 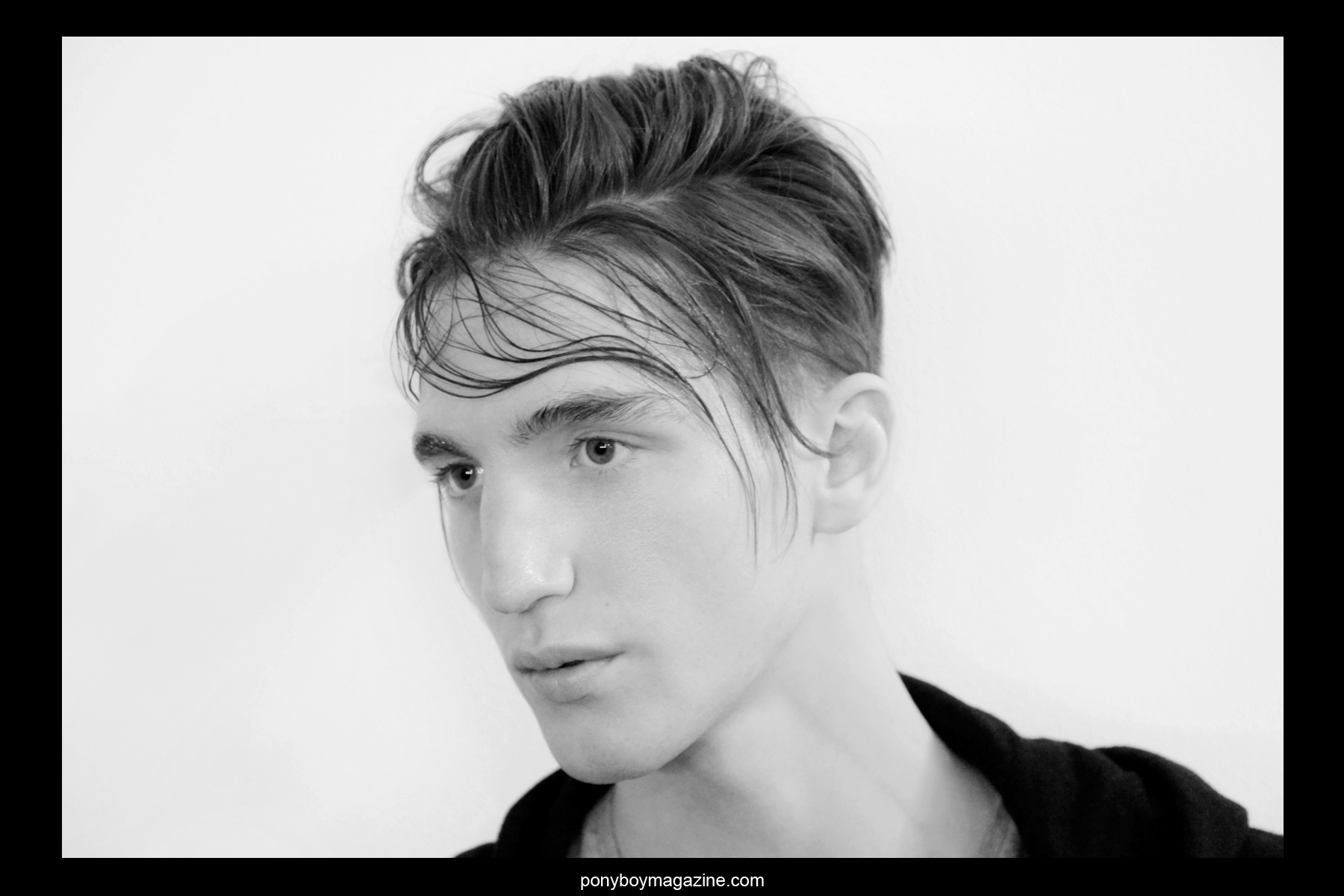 Patrik Ervell, the maker of young modern menswear, once again successfully showed his Autumn/Winter 2014 collection at Milk Studios in New York City. His sleek, functional and collegiate designs for this season were dubbed “Formal Athleticism”. The collection seemed very fresh on the runway featuring such classic utilitarian details such as zippers, patches and pockets, as well as modern shearling jackets and slick windbreakers – all in his trademark minimal way. The shearling he used is a woven wool textile from a company in Germany that makes teddy bears. Equally unique, was the grooming for the show. The hairstyles were provided by Holli Smith from Oribe. The effect created was a look of sweaty hair, with bangs matted on the forehead. No doubt this collection should prove to be a commercial success. Photography Alexander Thompson. 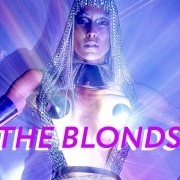 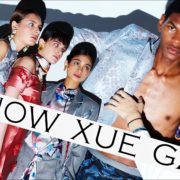 UP ALL NIGHT
GUSTAVO SANCHES 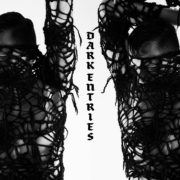