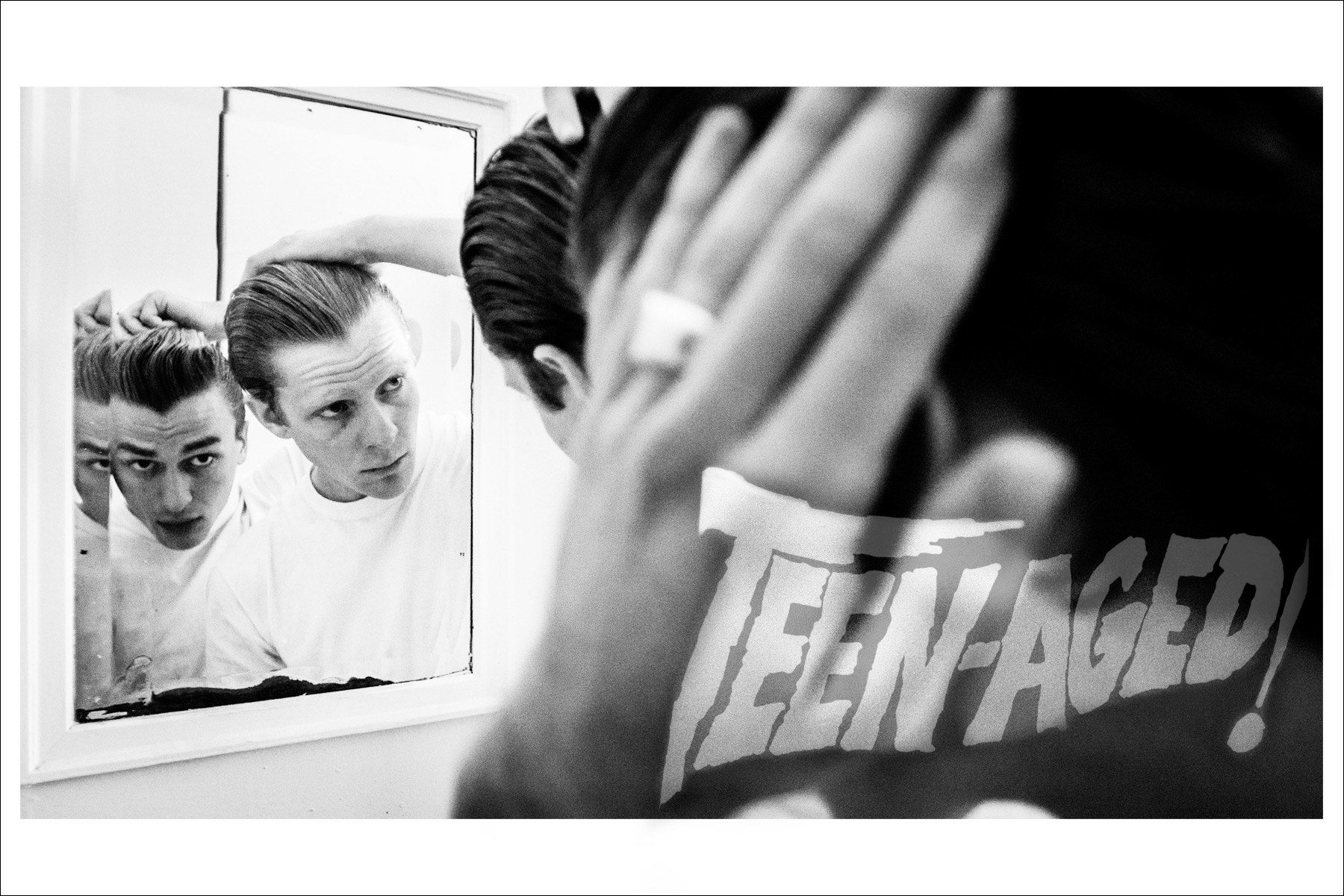 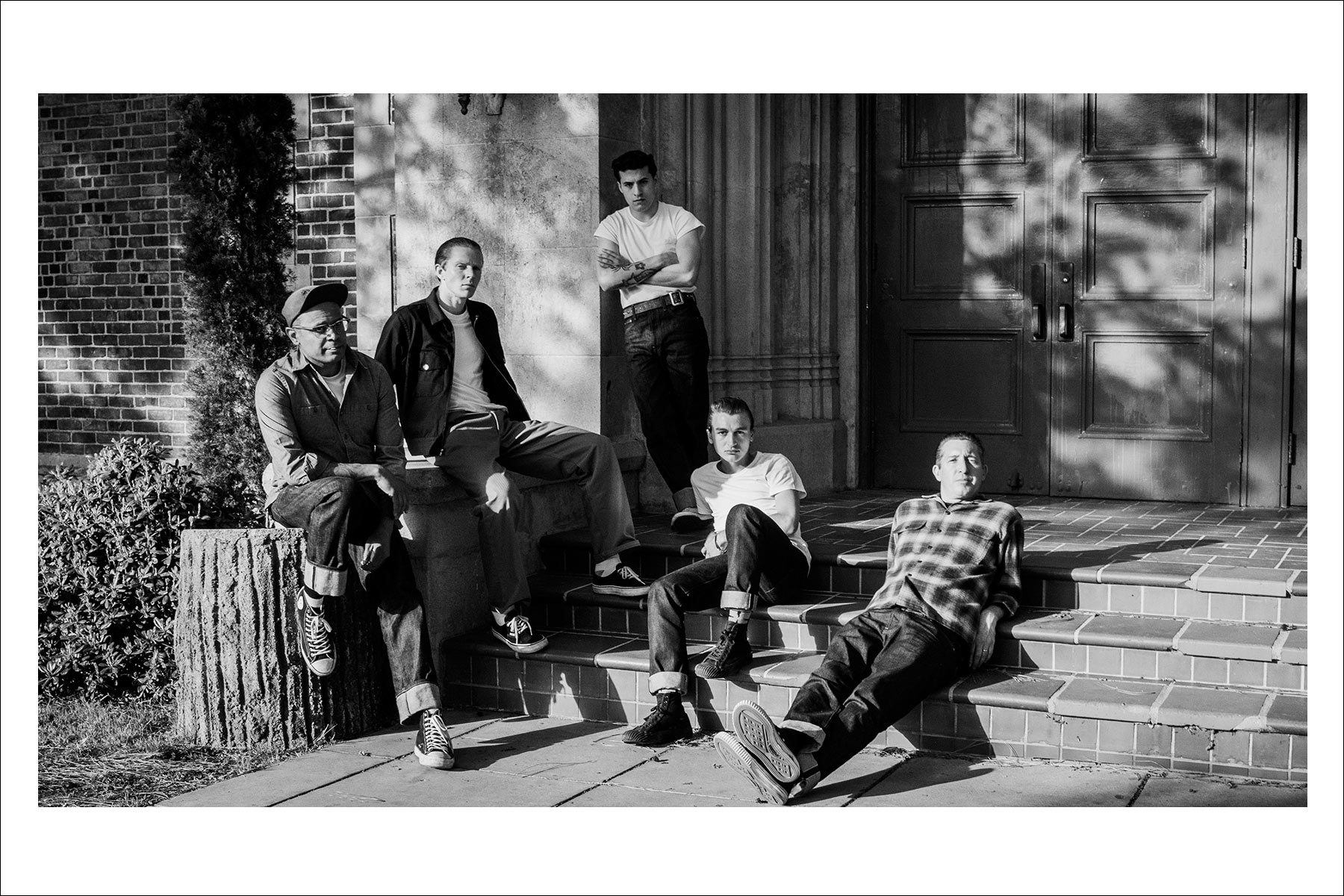 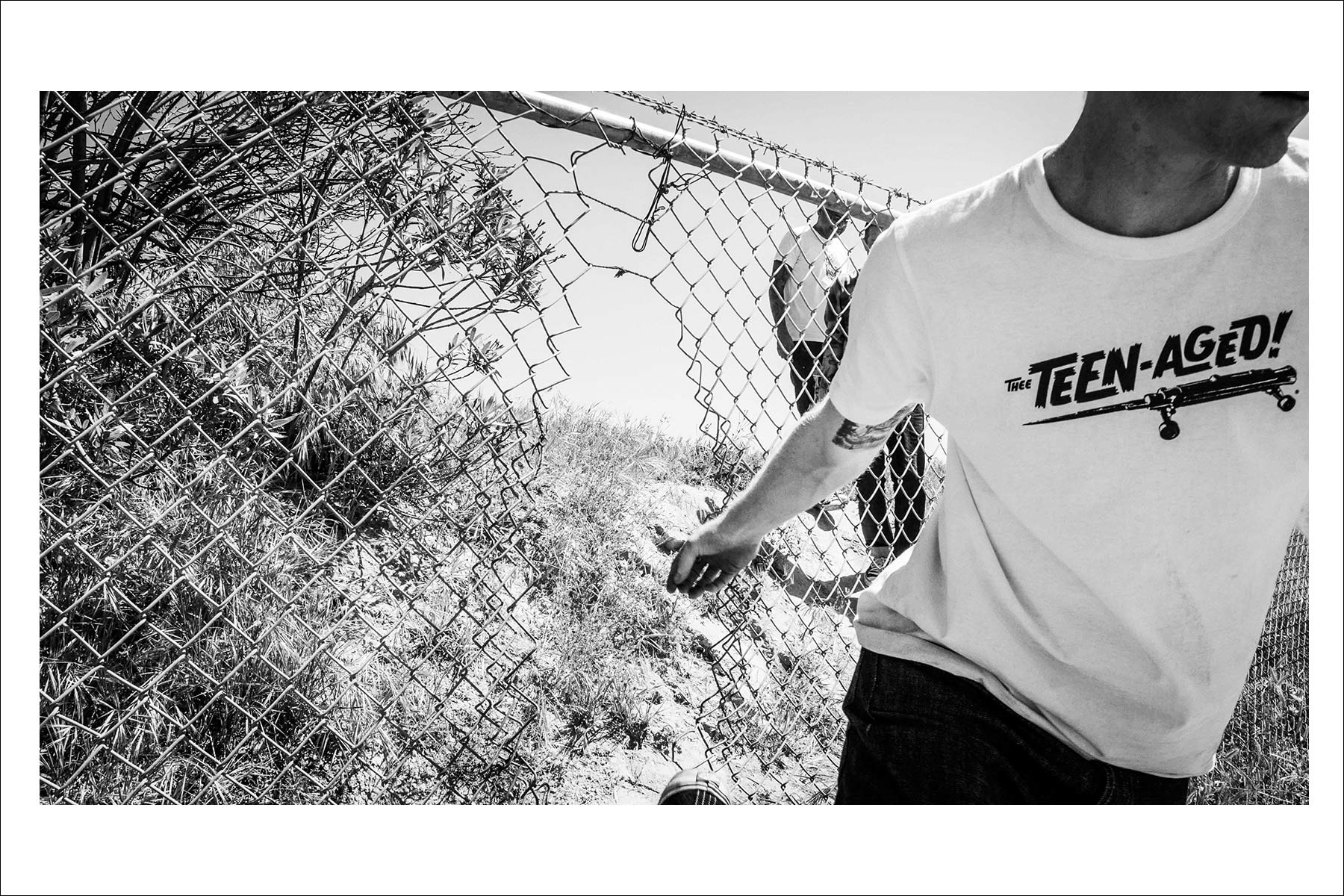 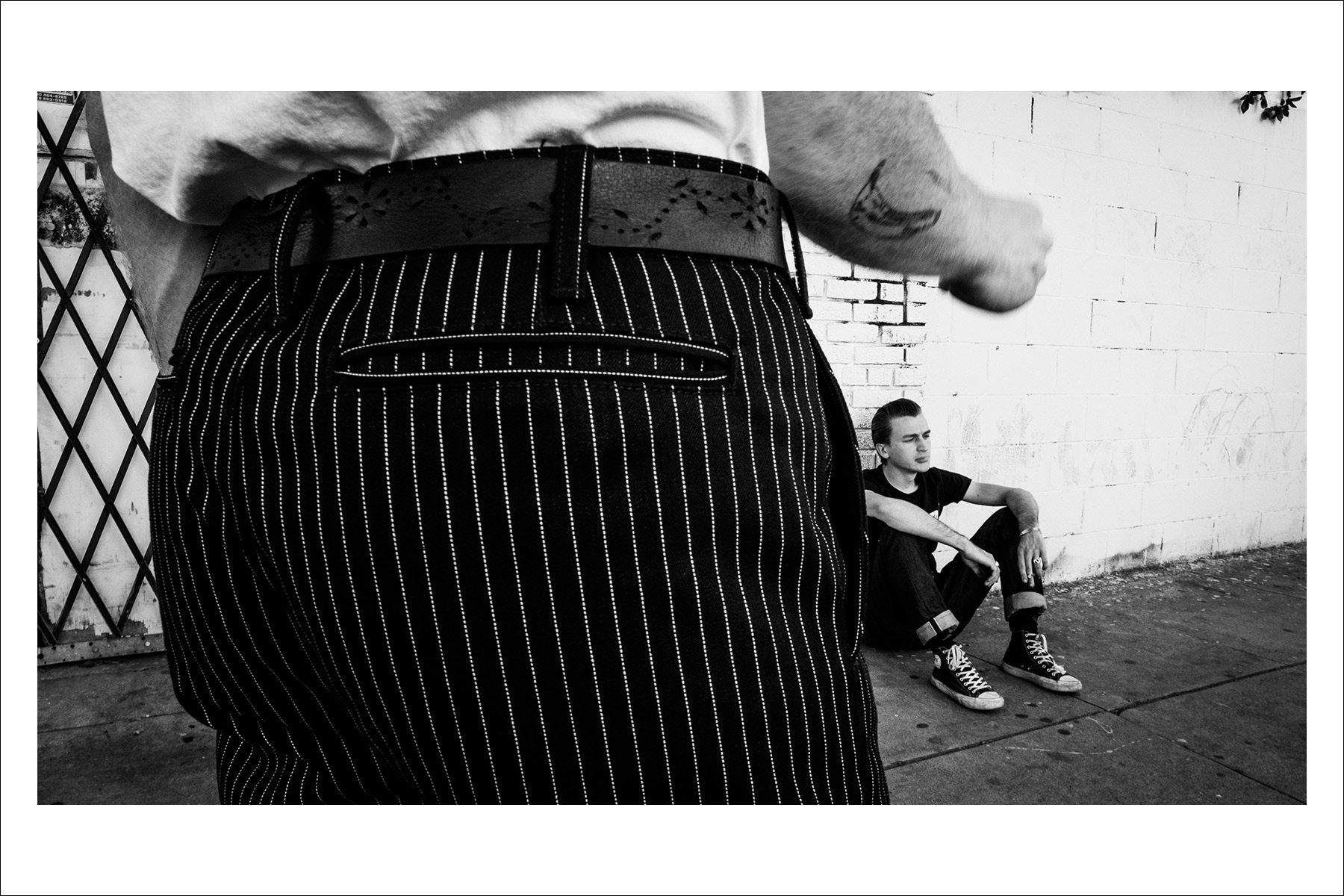 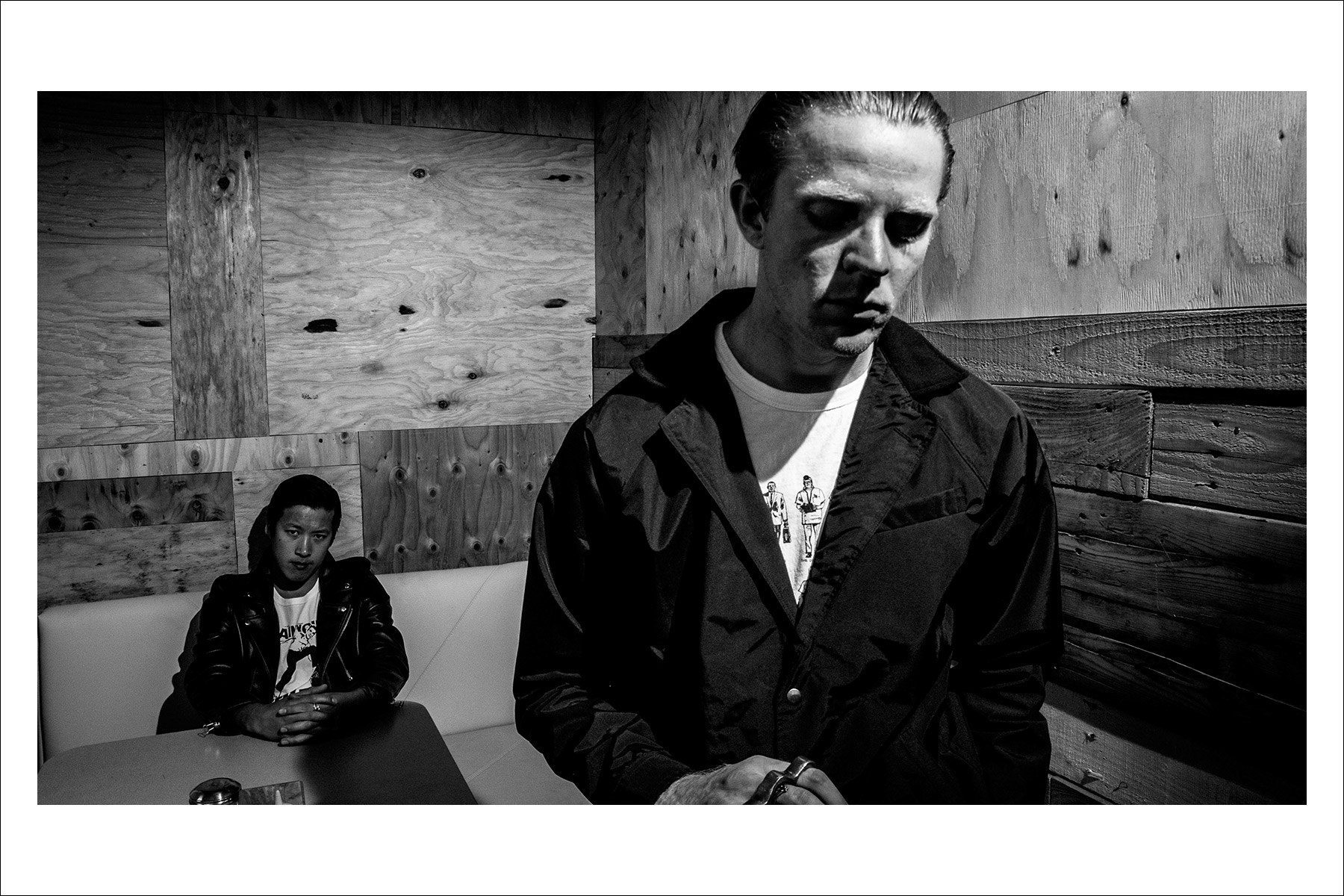 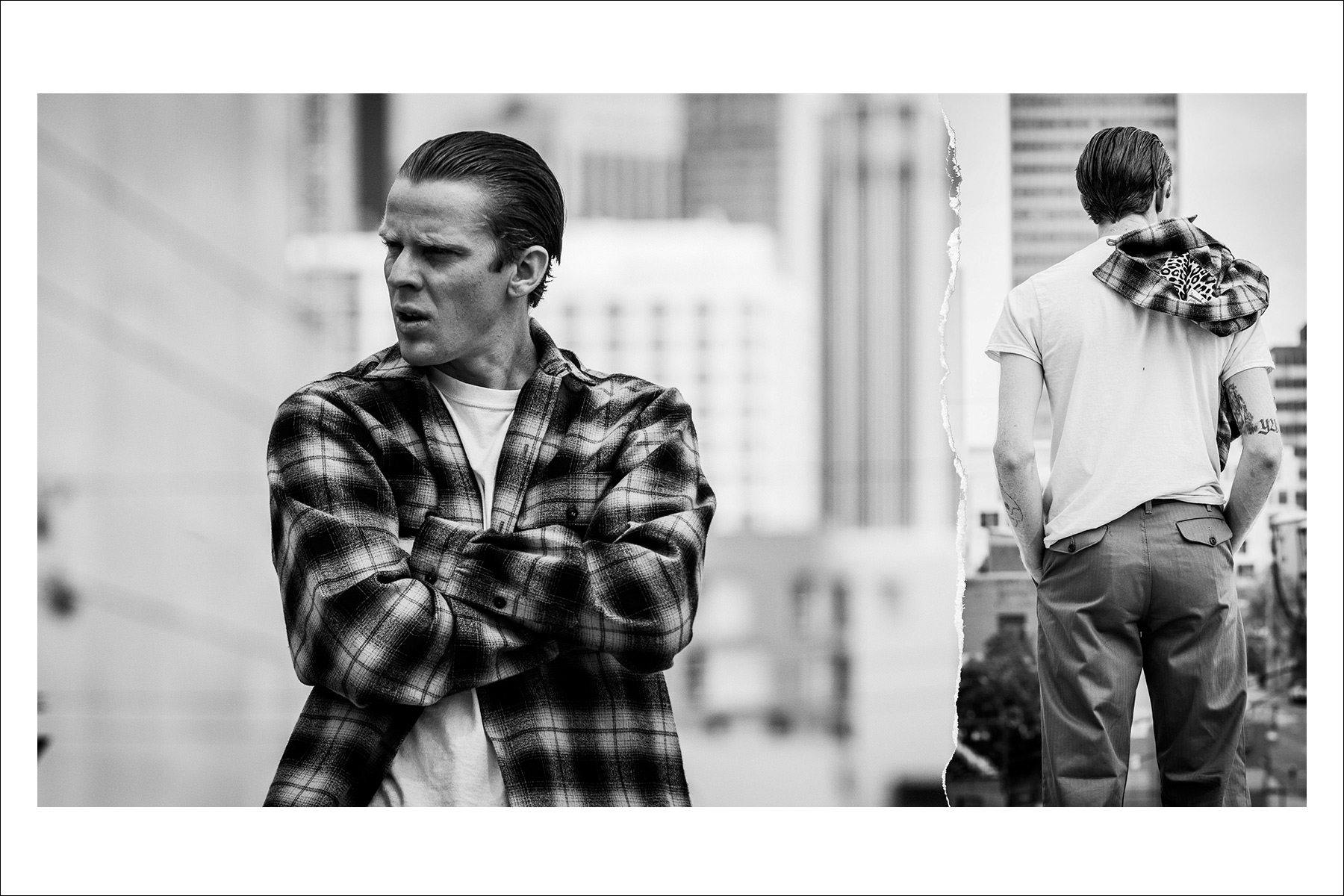 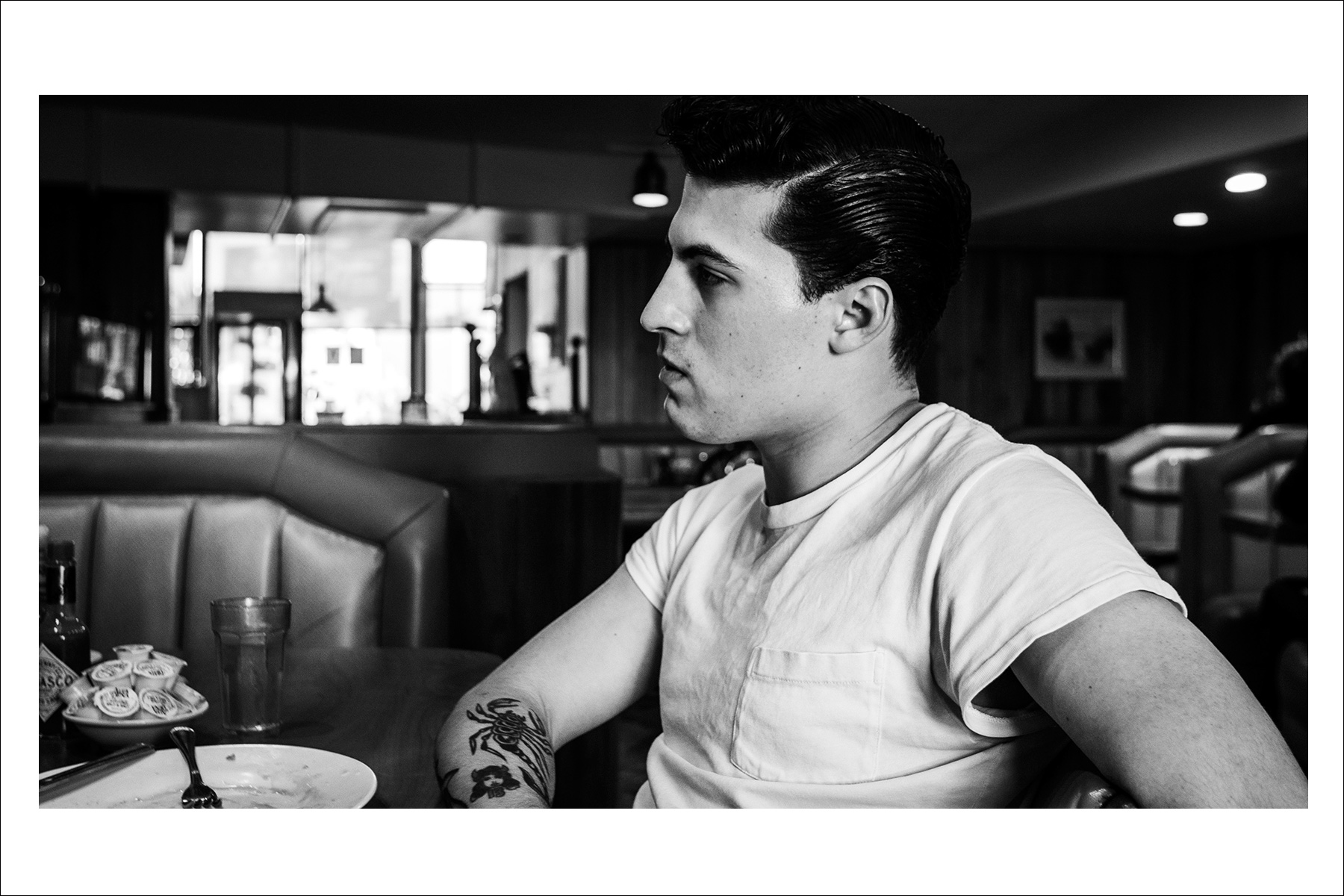 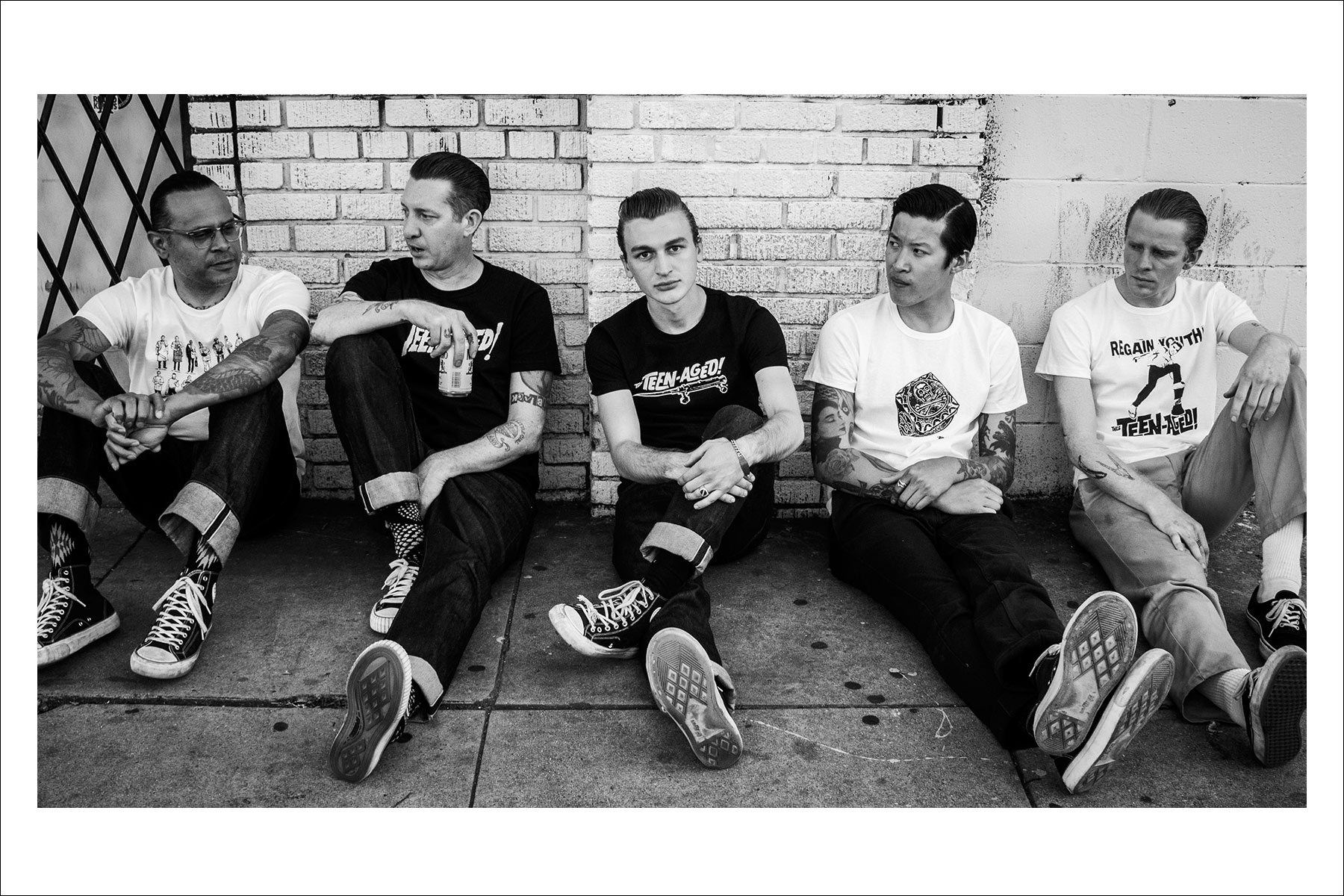 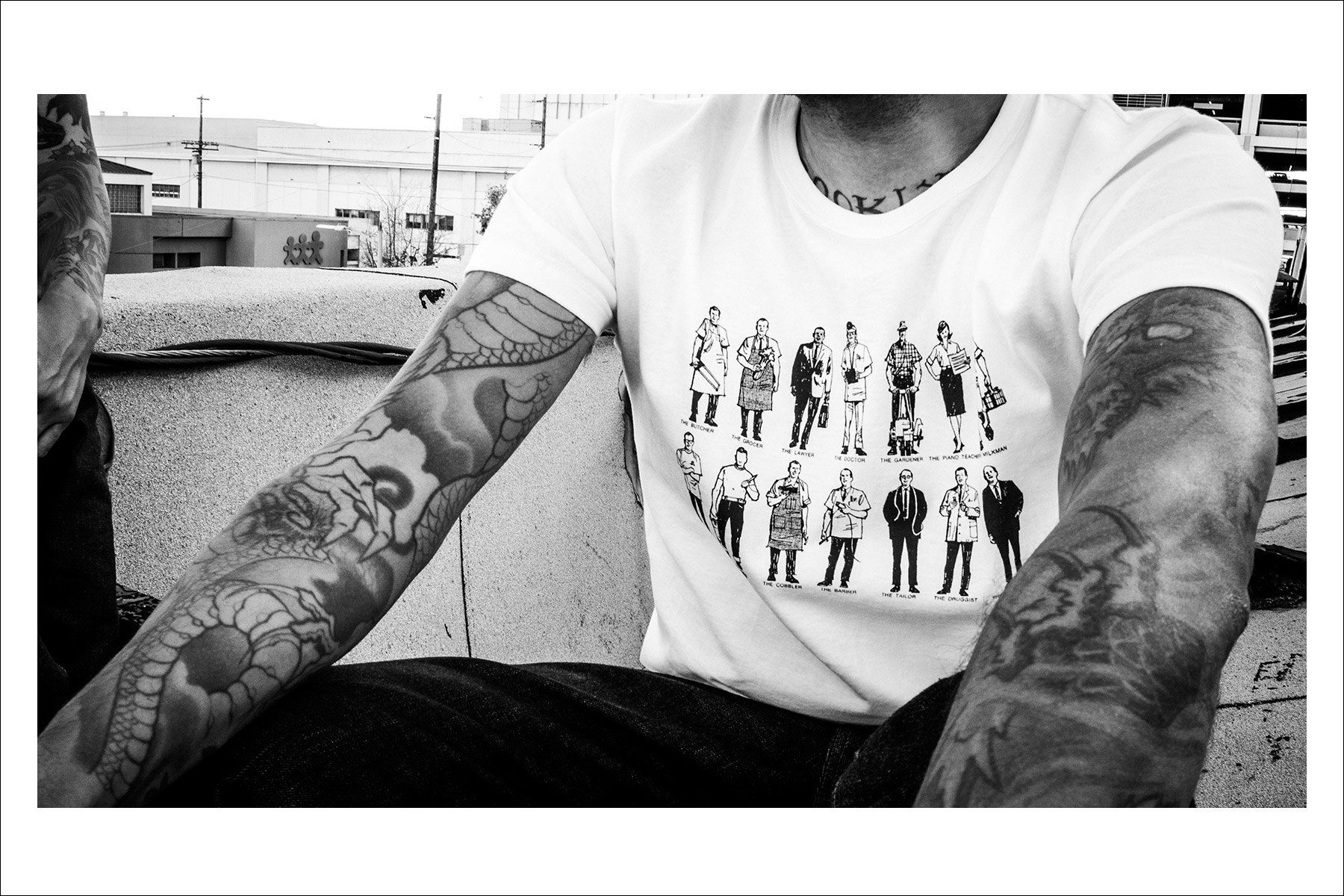 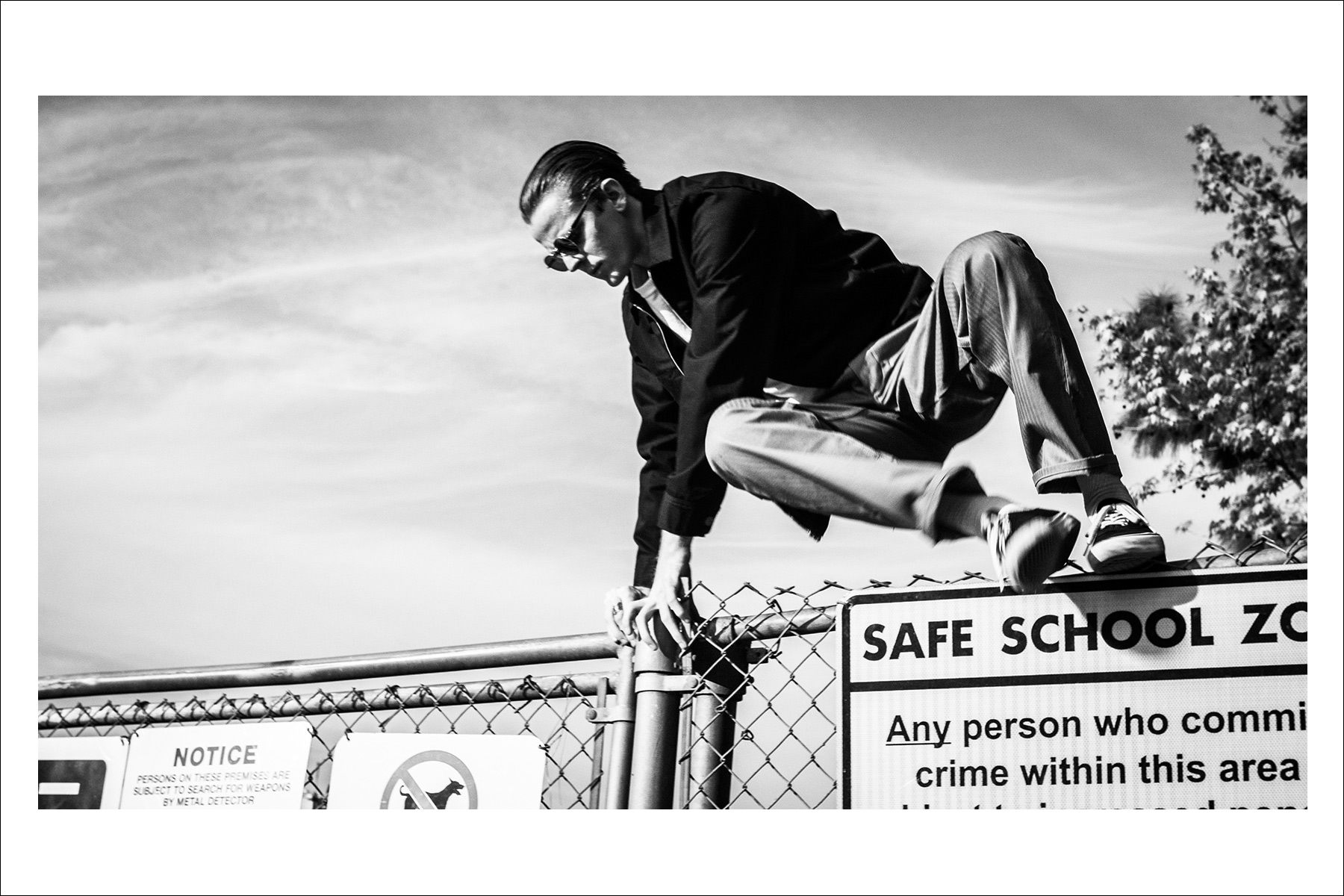 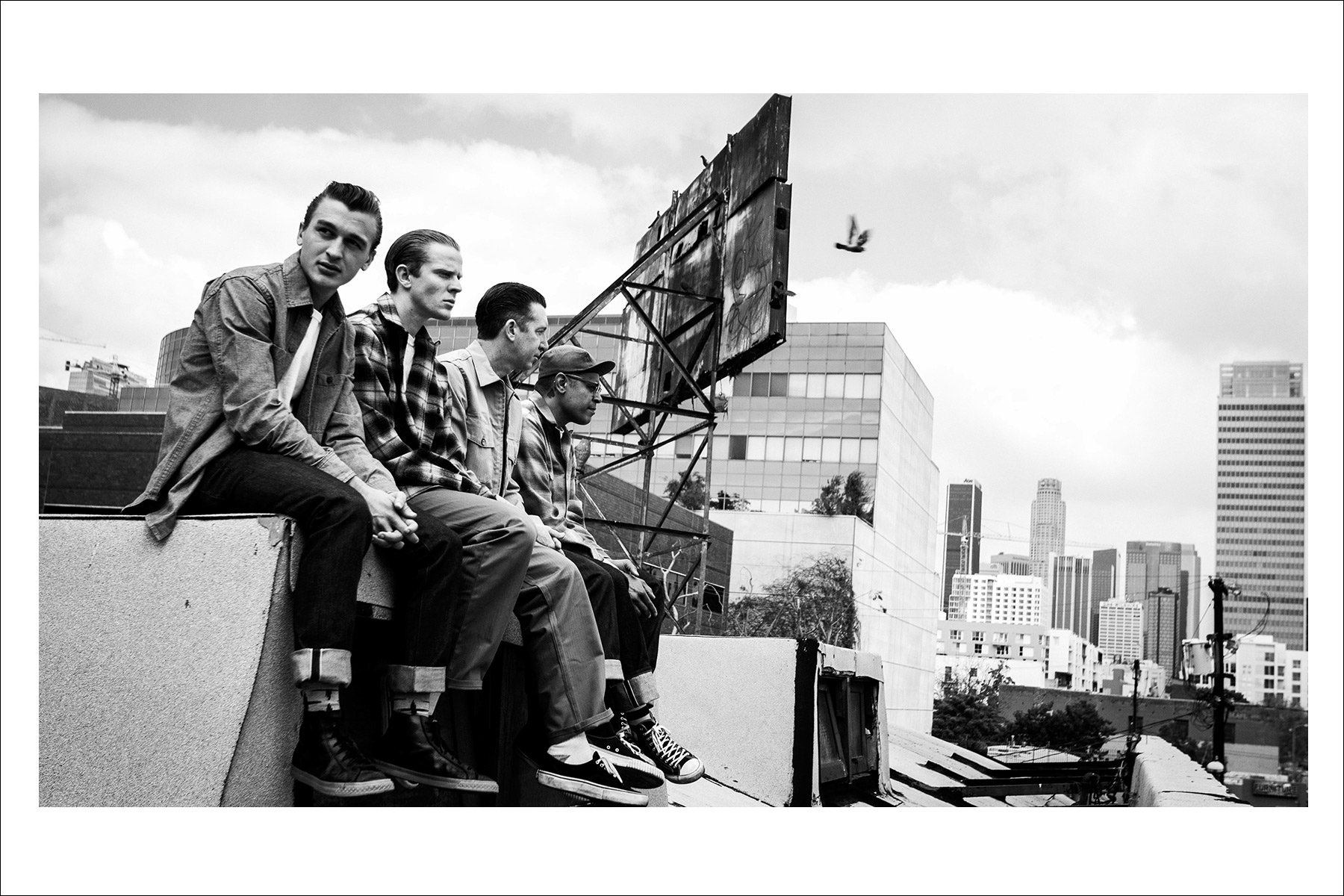 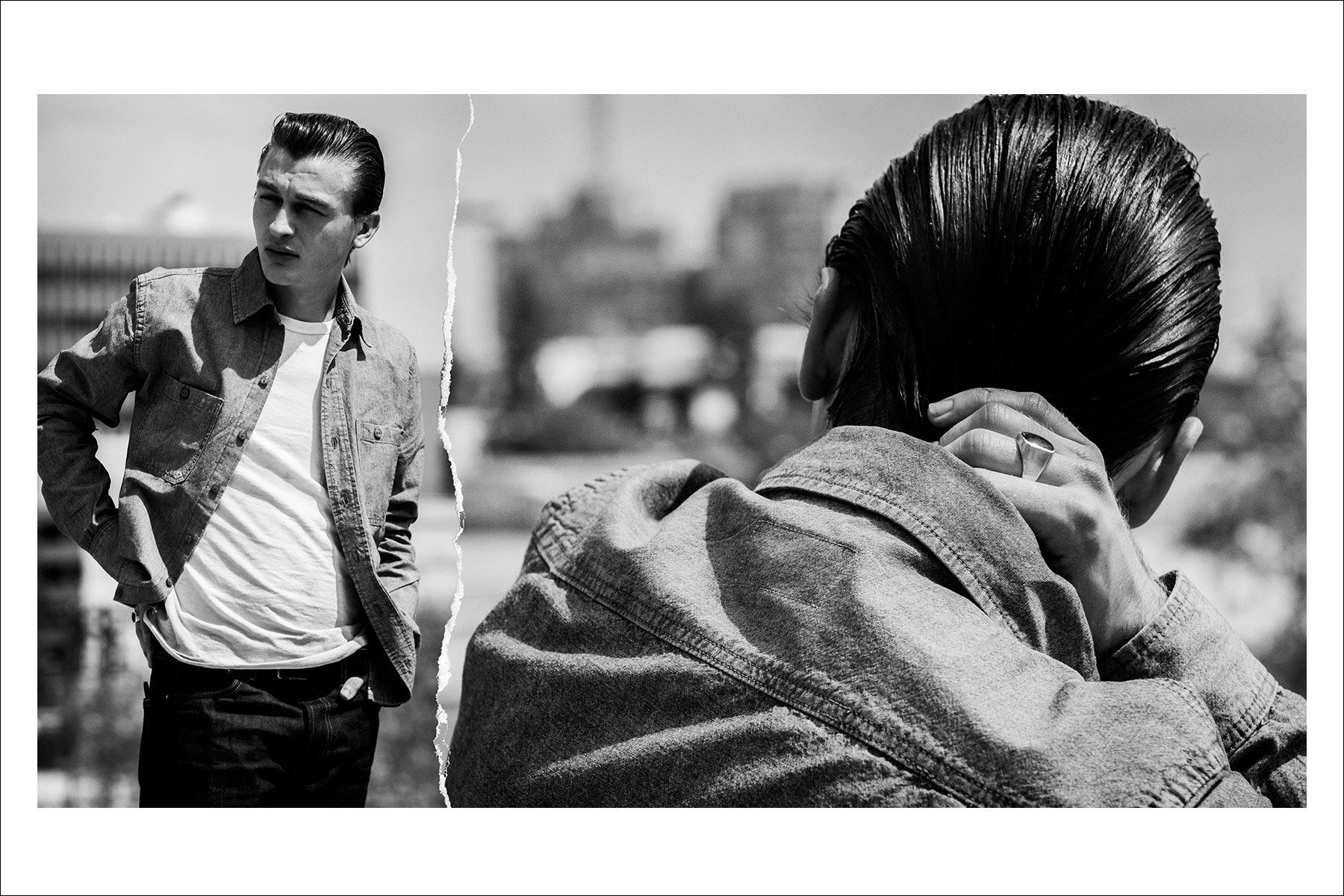 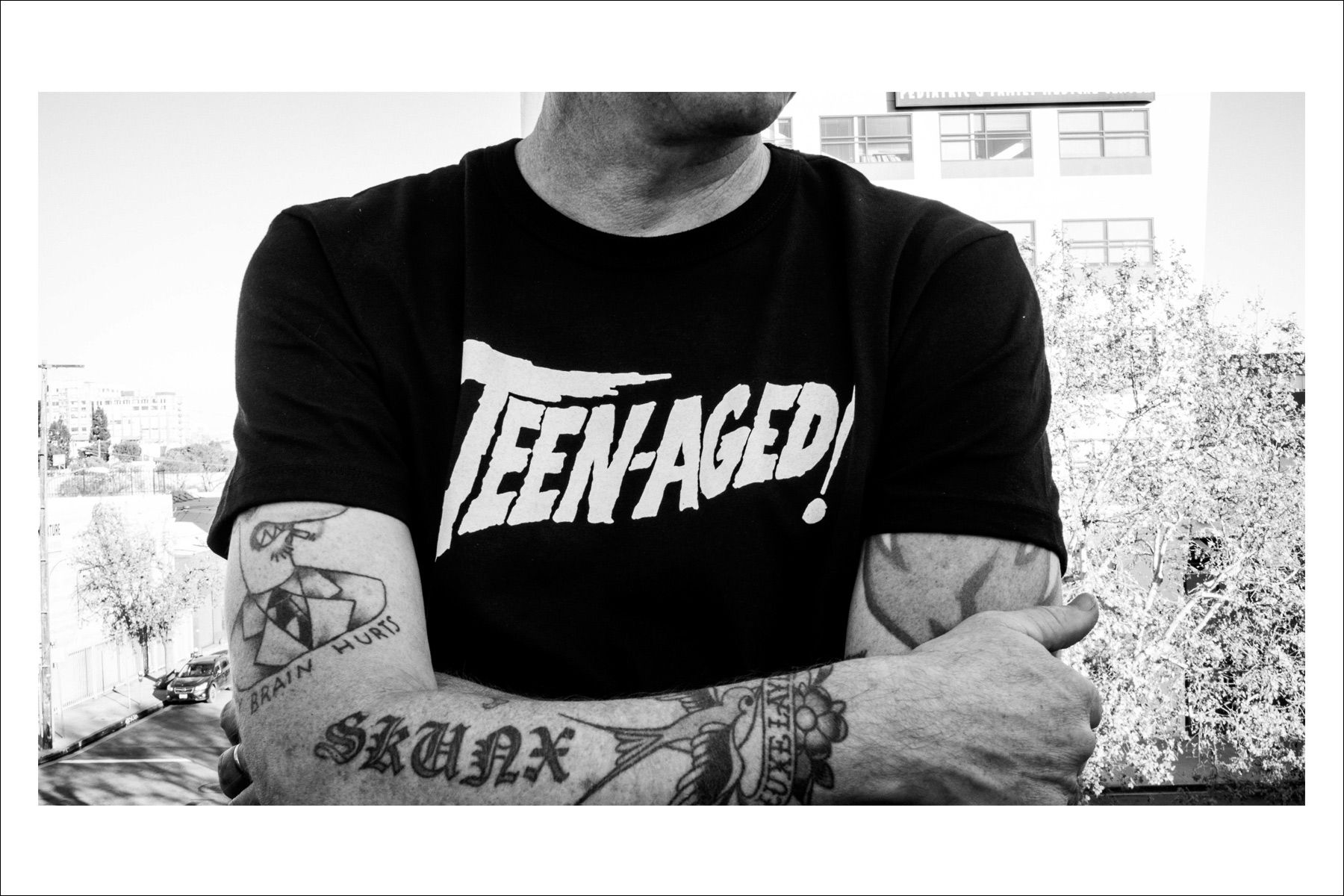 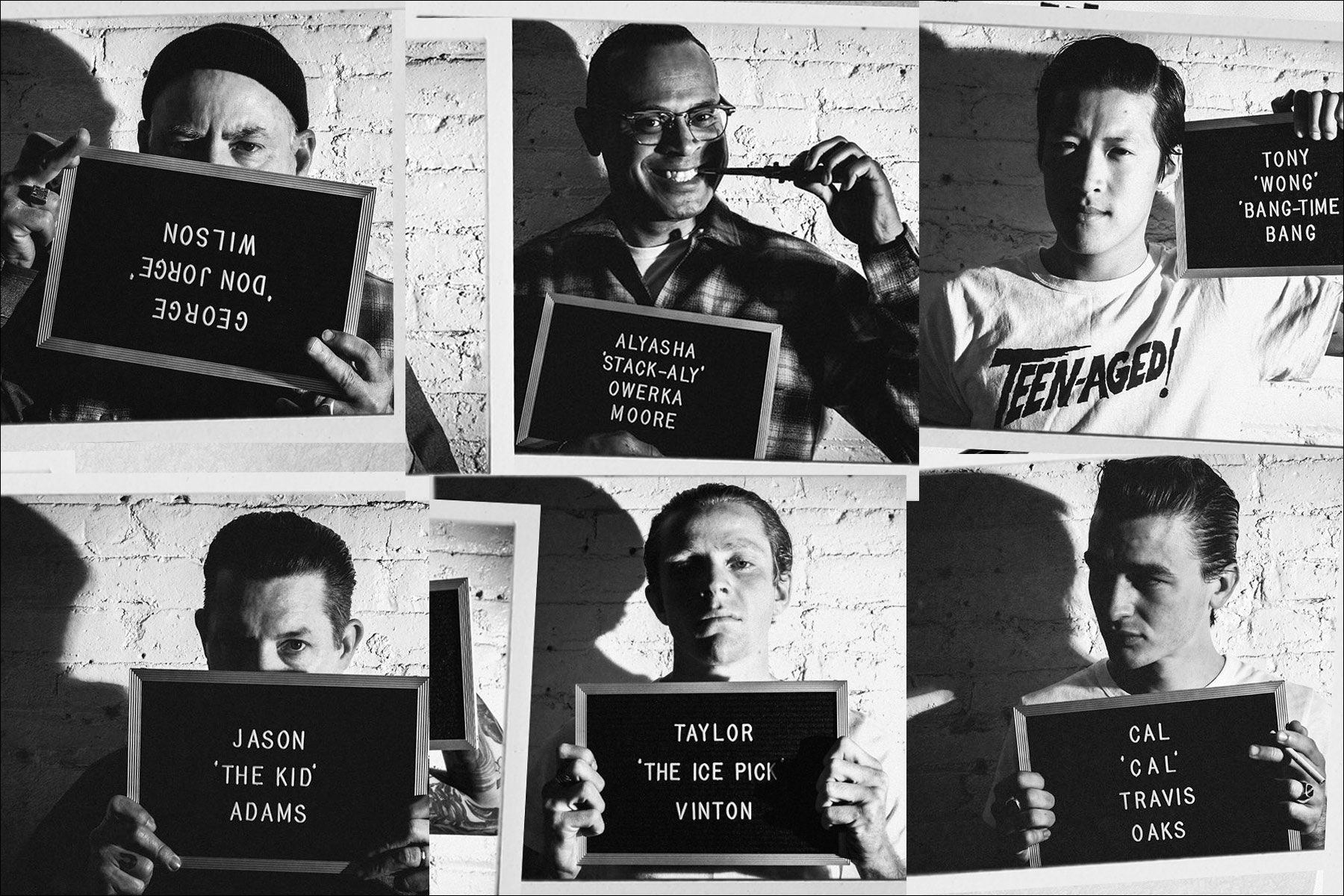 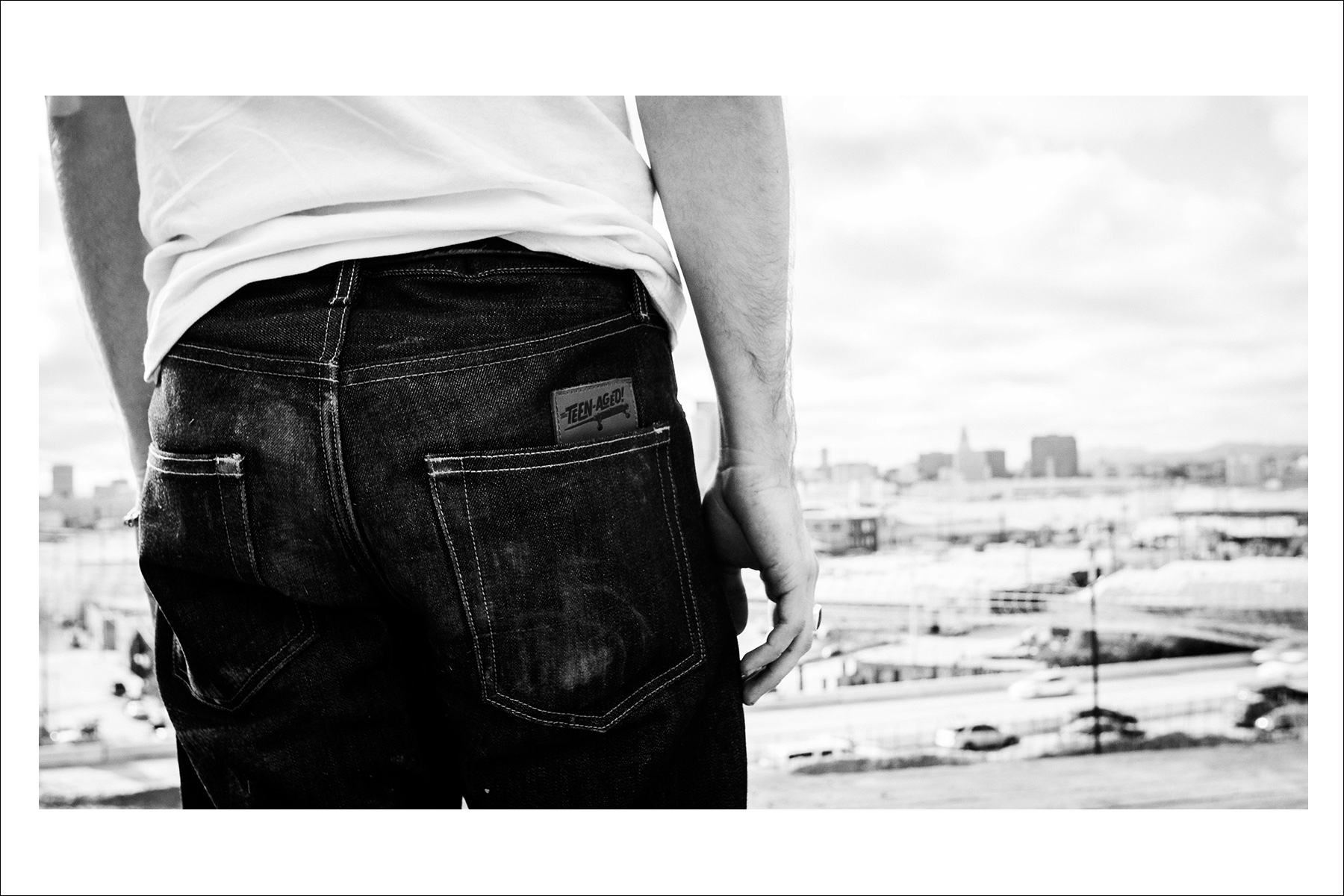 PONYBOY:  Aly! You just recently launched a menswear project, Thee Teen-Aged clothing line. How did this all come about?

ALYASHA OWERKA-MOORE:  Thee Teen-Aged has actually lived several lives starting back in 2011. I’d printed some shirts back then and worked with a friend’s company to do a collaborative project. We’d built, cut and sewed samples and then unfortunately, my friend’s company went bankrupt. Later it was launched as a skateboard company and more of just a passion project. In December 2016, I partnered up with some old friends who gave me the opportunity and support to hire a team, and actually build the brand I’d initially wanted it to be. I get to work with a bunch of like-minded and talented friends whom I’ve respected for a long time.

PONYBOY:   What originally caught our attention is the aesthetic behind the line, reminiscent of a 1950s B movie, bad boy teenage delinquency, with a twist of punk thrown in there. We just love it! Tell us about this inspiration?

ALYASHA OWERKA-MOORE:   I’m a big fan of those exact 1950s teenage delinquency films. When I was a kid, my mom hipped me to brands like Fiorucci. In the late 70s and early 80s there was a big revival of 40s & 50s fashion, as well as a reinterpretation of rockabilly, as well as punk taking the piss at the 40s-50s utopic nuclear family. I feel like today we are living in a similar time socially and politically. The name simply means that the things that I do to make me a functioning adult and productive member of society are the exact things I was told to discard to become that. Thee Teen-Aged is actually the anti-midlife crisis.

PONYBOY:   The vintage inspired clothing trend has really exploded over the past few years, primarily menswear and workwear. What makes this label stand out from the other vintage inspired labels?

ALYASHA OWERKA-MOORE:   There are so many brands that do “workwear” well. Perhaps too many. I love workwear, but I’m a black man who grew up in New York City. I don’t personally find any romance in the dustbowl, depression or Jim Crow eras, as much as I respect the clothing and style of those eras. I do find inspiration in the music of those times. In my mind, the world doesn’t need another workwear brand. I like rock ‘n’ roll and city shit. A brand is similar to a person; if you spend your time trying to be everything to everyone, you lose your sense of self and identity. It’s my own opinion, but a brand should have an attitude.

PONYBOY:  Well said! The pieces are made in the USA. In fact, you have a teaser video titled, “Proudly Made By Immigrants in The USA”, obviously a statement against President Trump’s policies. Correct?

PONYBOY:  The staples in the collection seem to be the denim jeans, button-up shirts (love the leopard detail!), jackets and t-shirts. How many pieces do you have in the line so far?

ALYASHA OWERKA-MOORE:   Two jeans. One is a classic stovepipe, and the other is a roomier version of what is contemporarily called a “Slim-straight”. An hbt pant in black and khaki. There’s a flannel Shirt. And a selvedge chambray shop class shirt. A nylon “windbreaker”. Leather riders jacket (called the “Tony Wong” named after the baddest cat in the film The Wanderers.) And six tee shirts.

PONYBOY:   Who are the core members of Thee Teen-Aged project? Are you the main designer or is it a collaborative effort?

ALYASHA MOORE:   Technically, I am the main designer and creative director. However, it is definitely a collaborative effort. Connor Wsye shoots all the photos and video. George Wilson does all of the manufacturing, production management and collaborates on cut and sew design. Jason Adams contributes graphics and design concepts. Brian Awitan manages sales. And Cal Travis Oaks, Tony Bang and Taylor Vinton keep the energy flowing!

PONYBOY:   What can we expect from Thee Teen-Aged in the future? Any plans for a pop-up? Trade shows? Collaborations?

ALYASHA MOORE:   We’ve been toying with the idea of showing at Liberty Fairs / Piti Uomo / Made in USA section. As well as Complex Con and Inspiration. It would be cool to do a pop-up, but I think that a flagship store says so much more. Other than that, keep making things that we dig on.