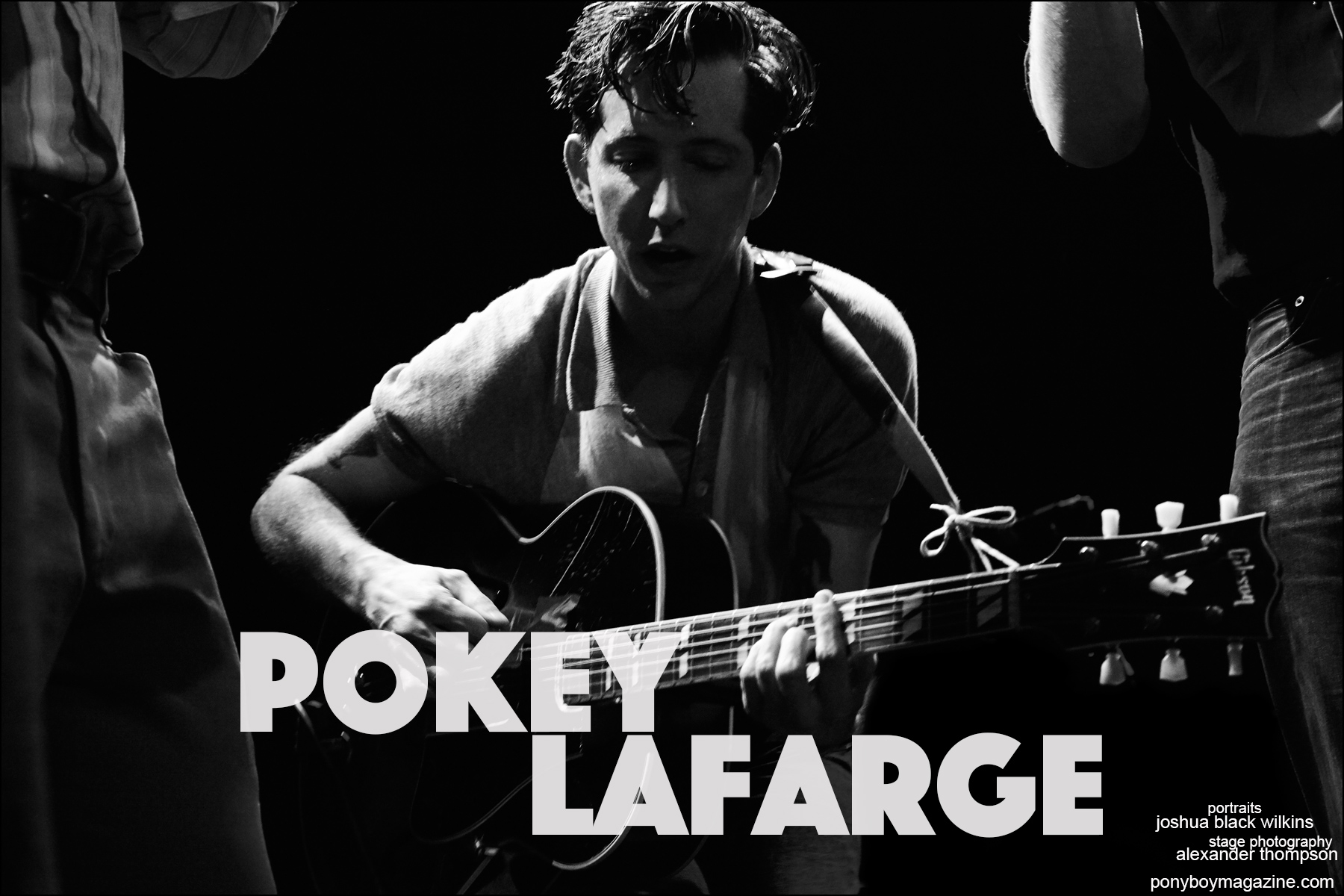 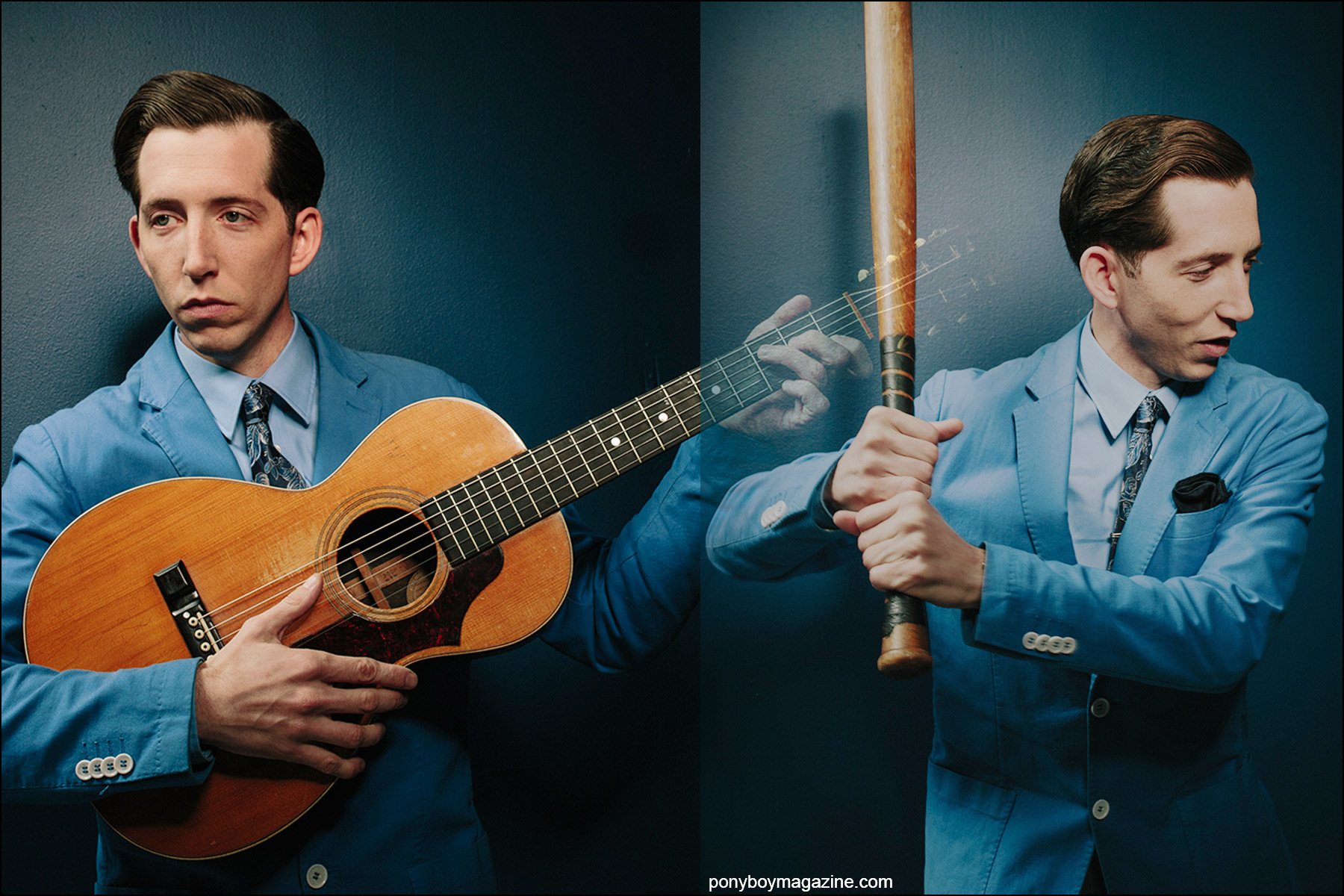 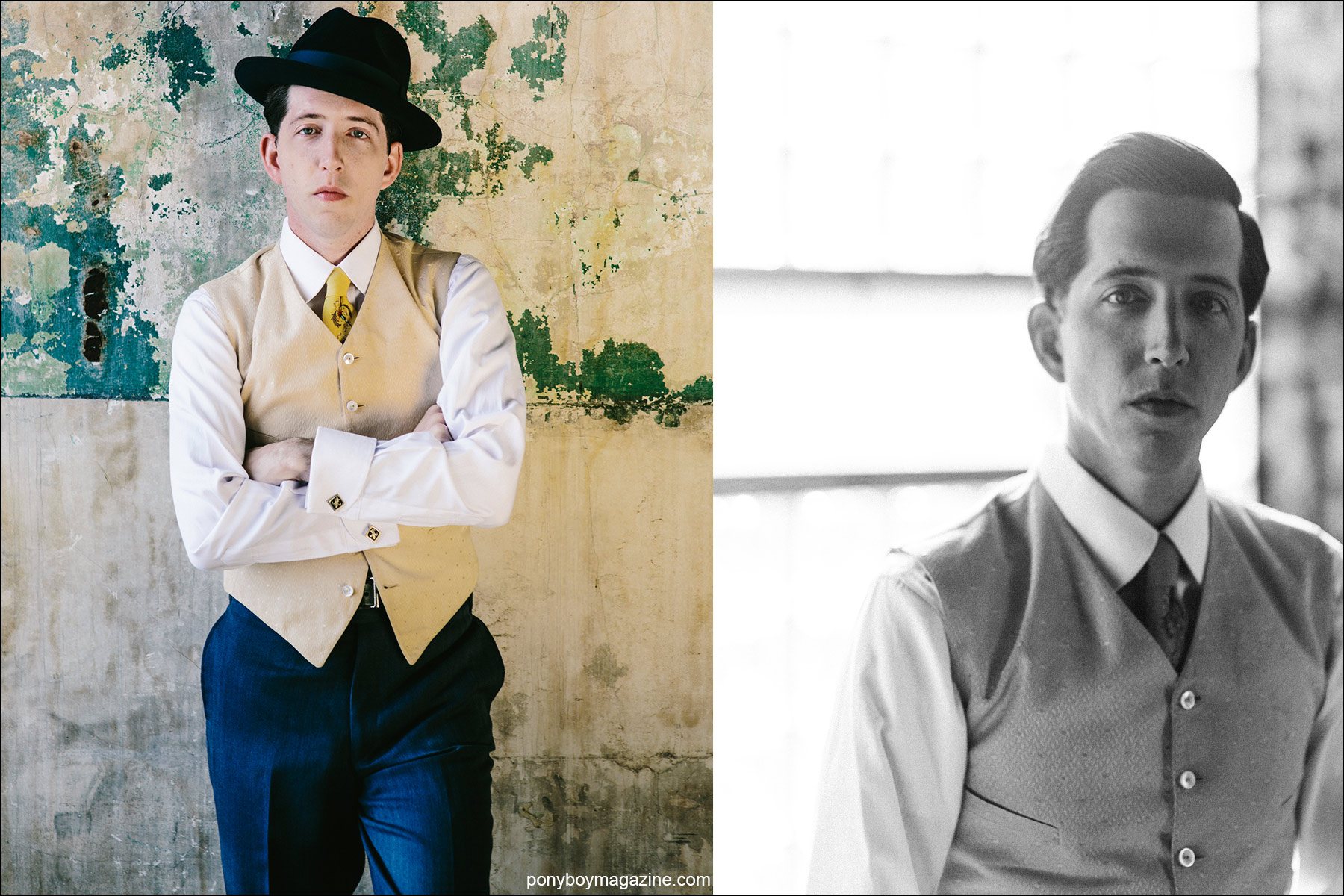 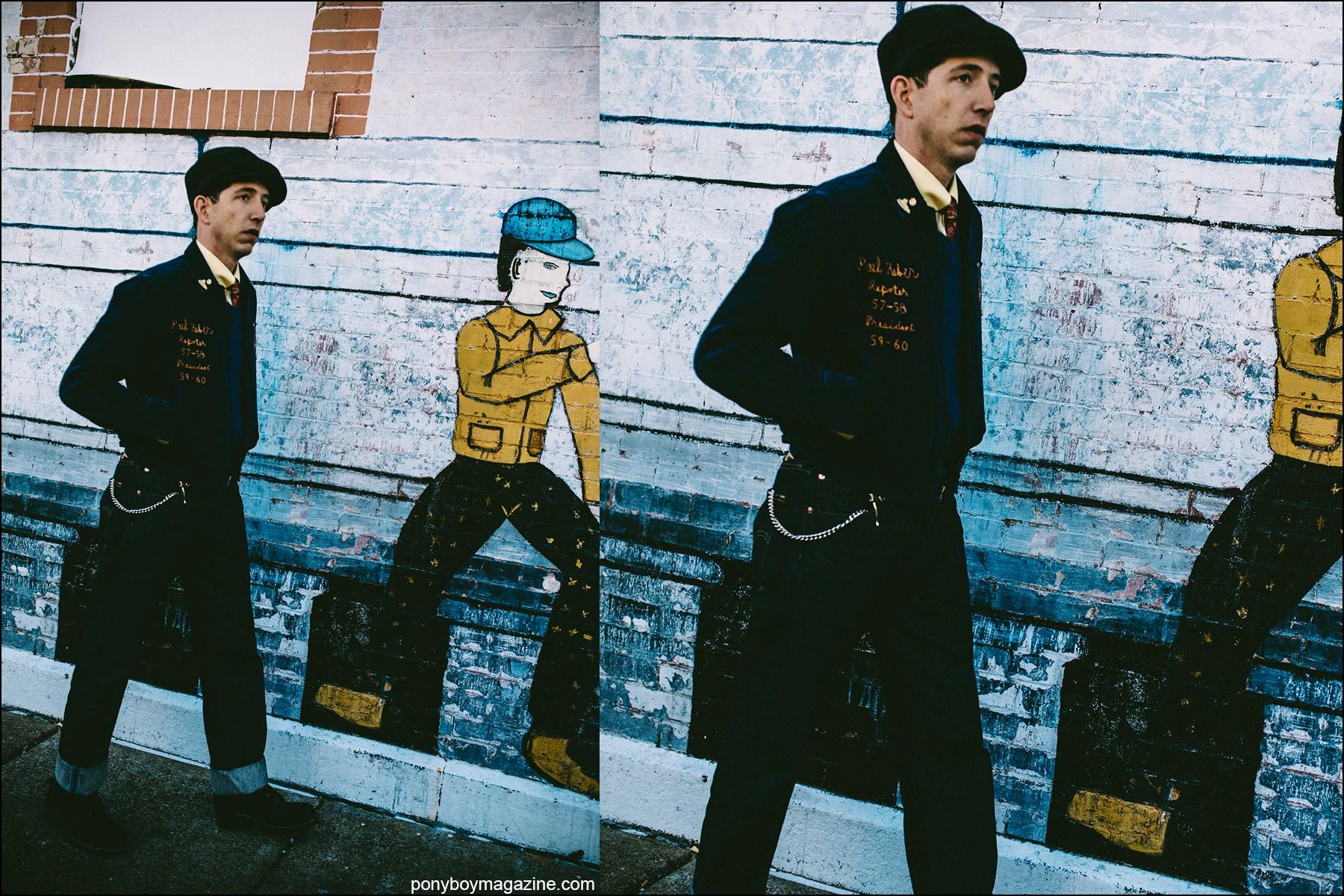 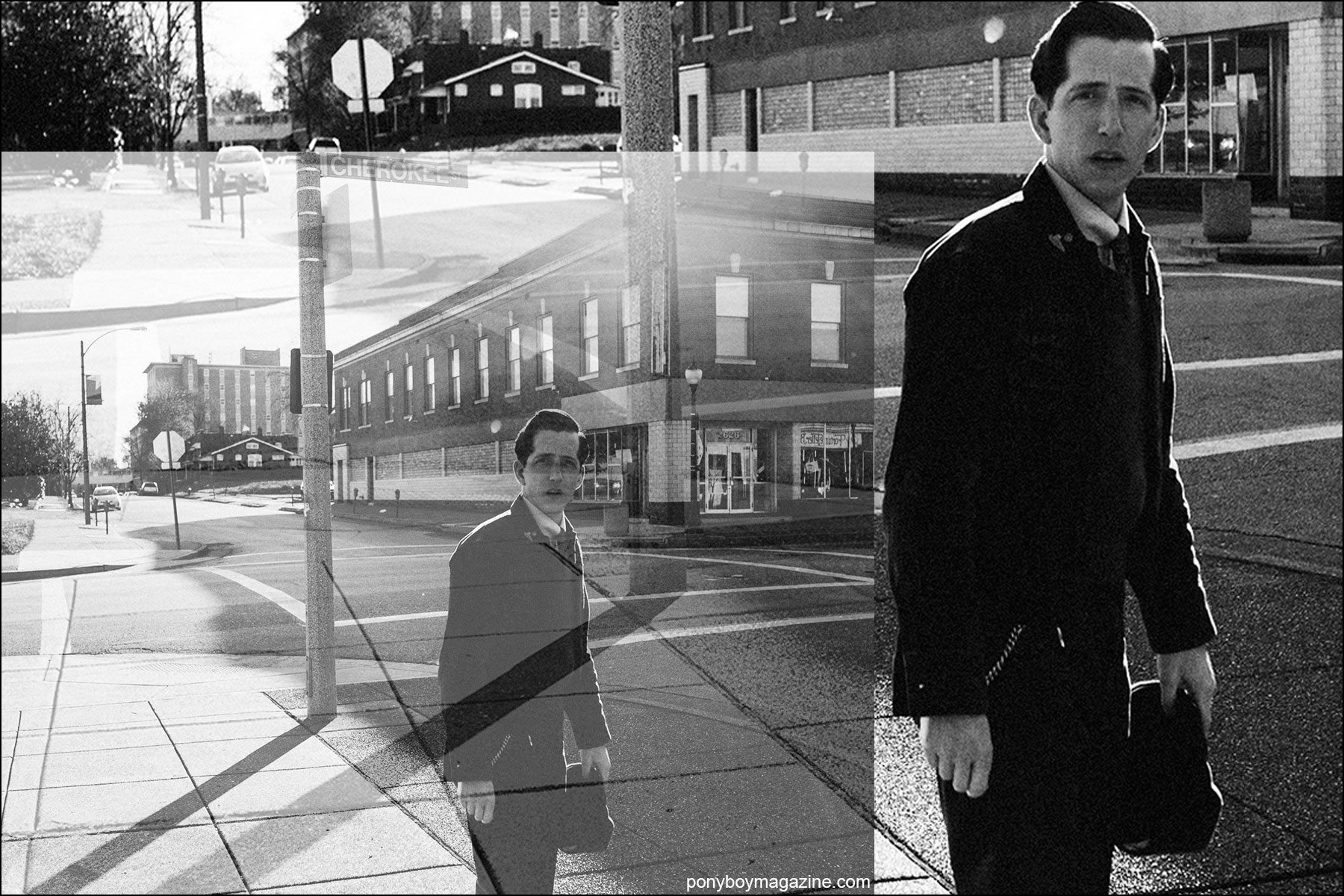 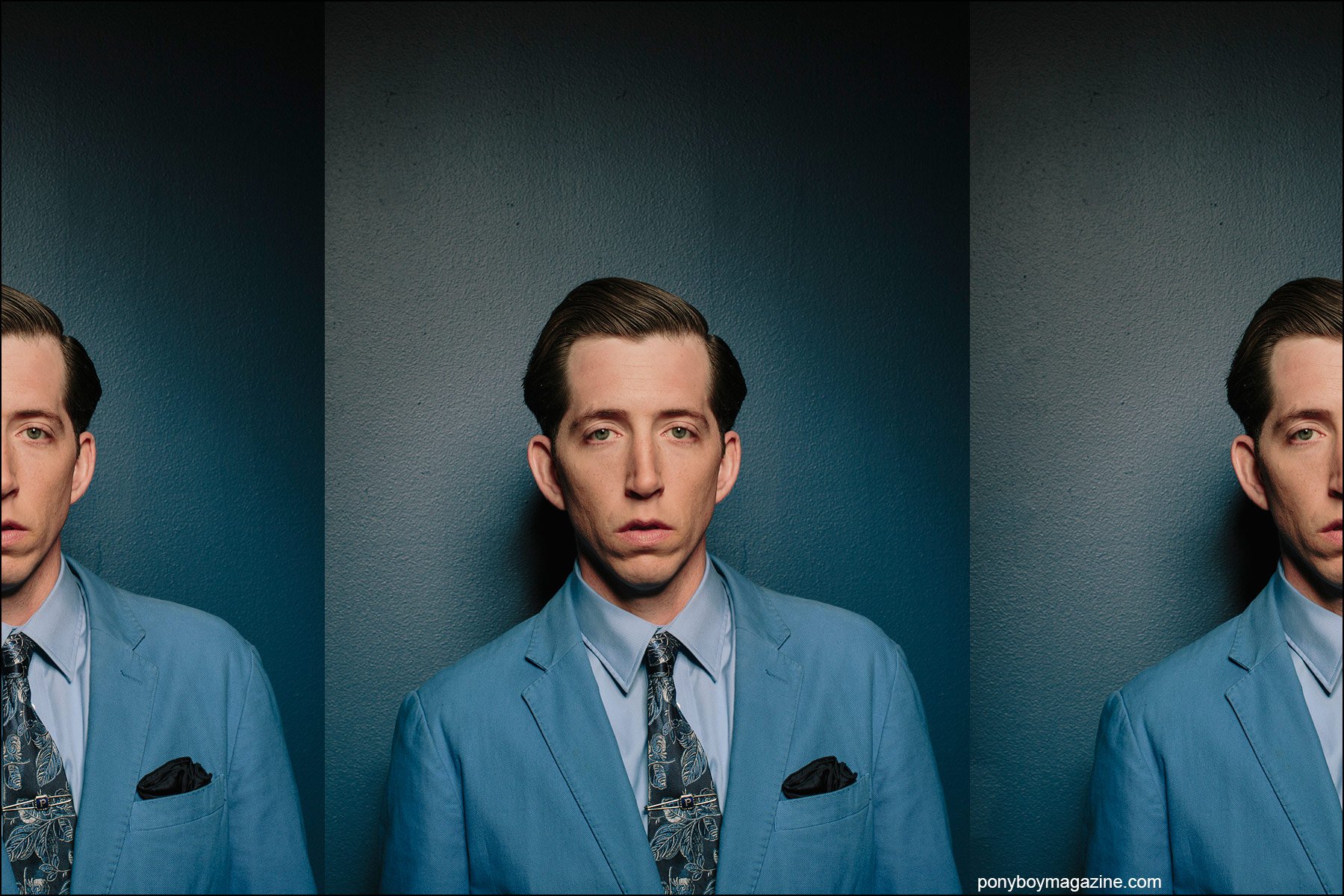 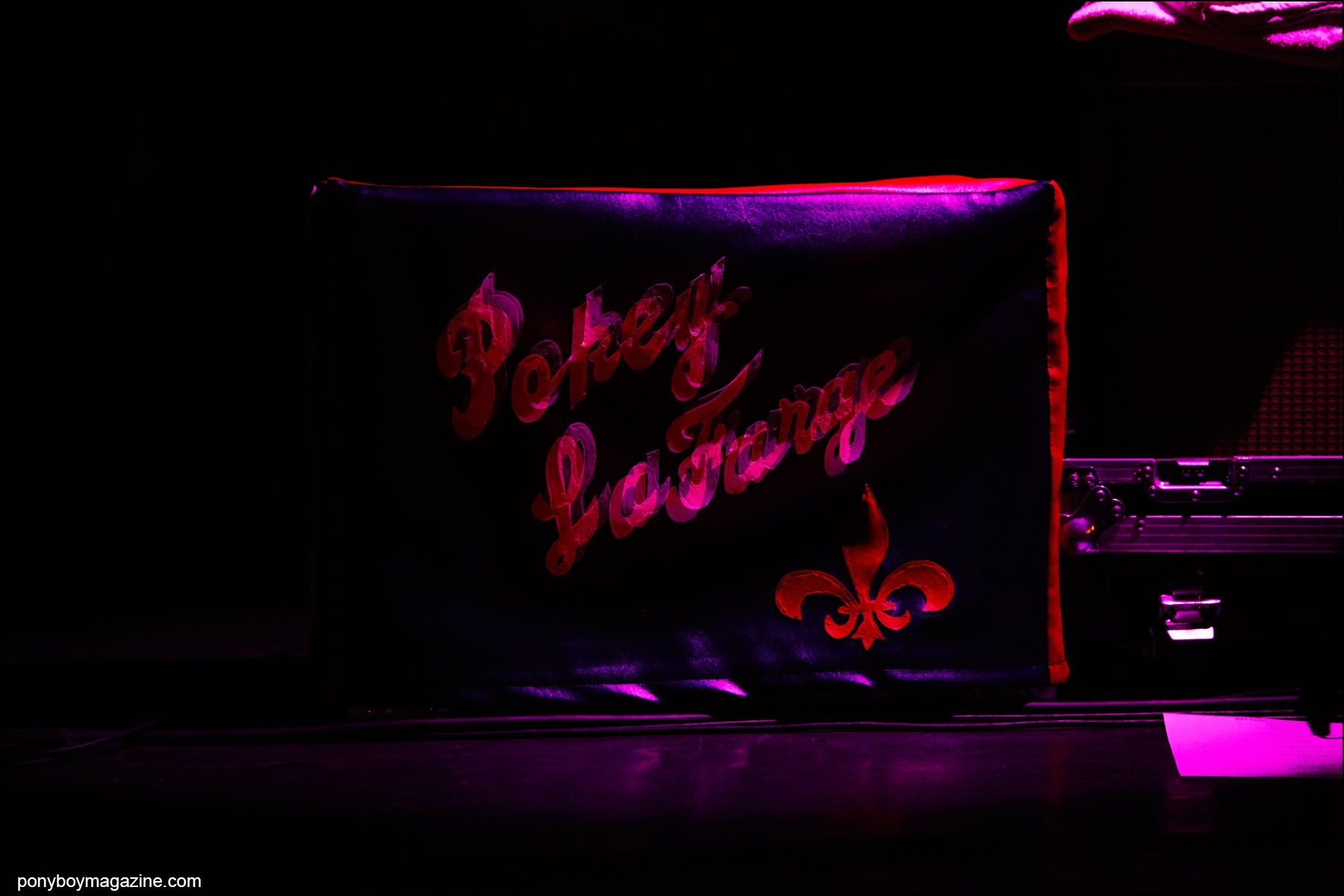 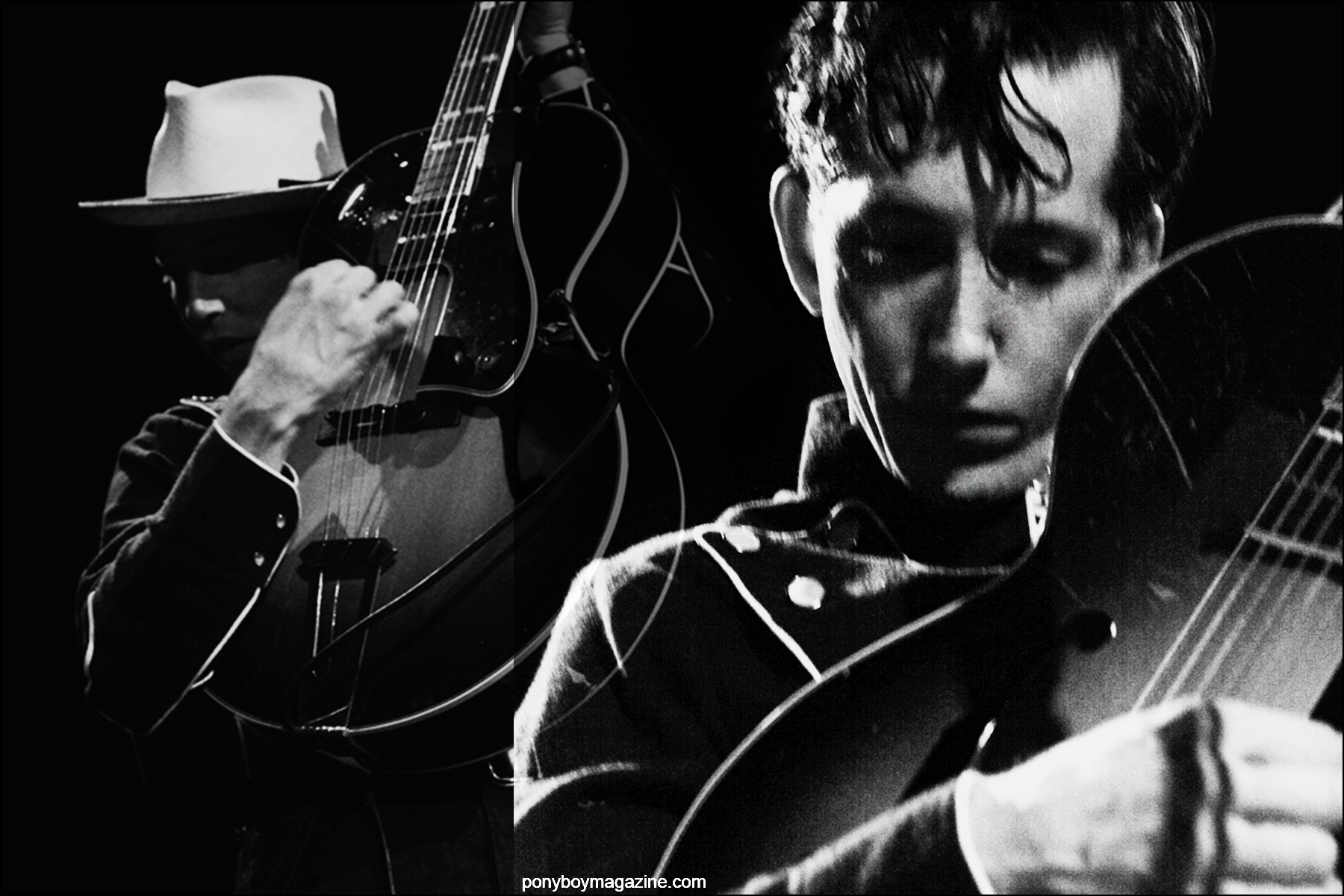 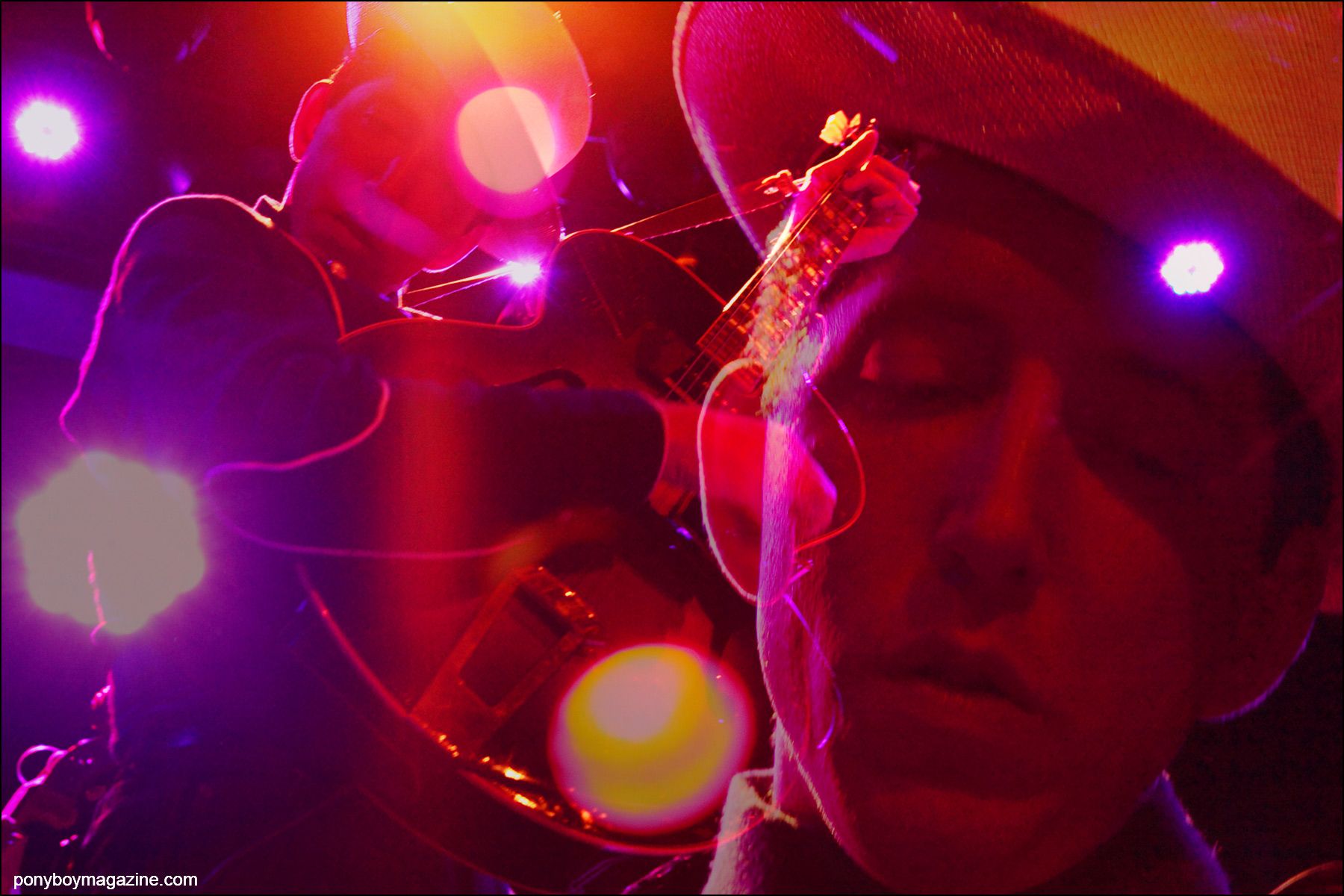 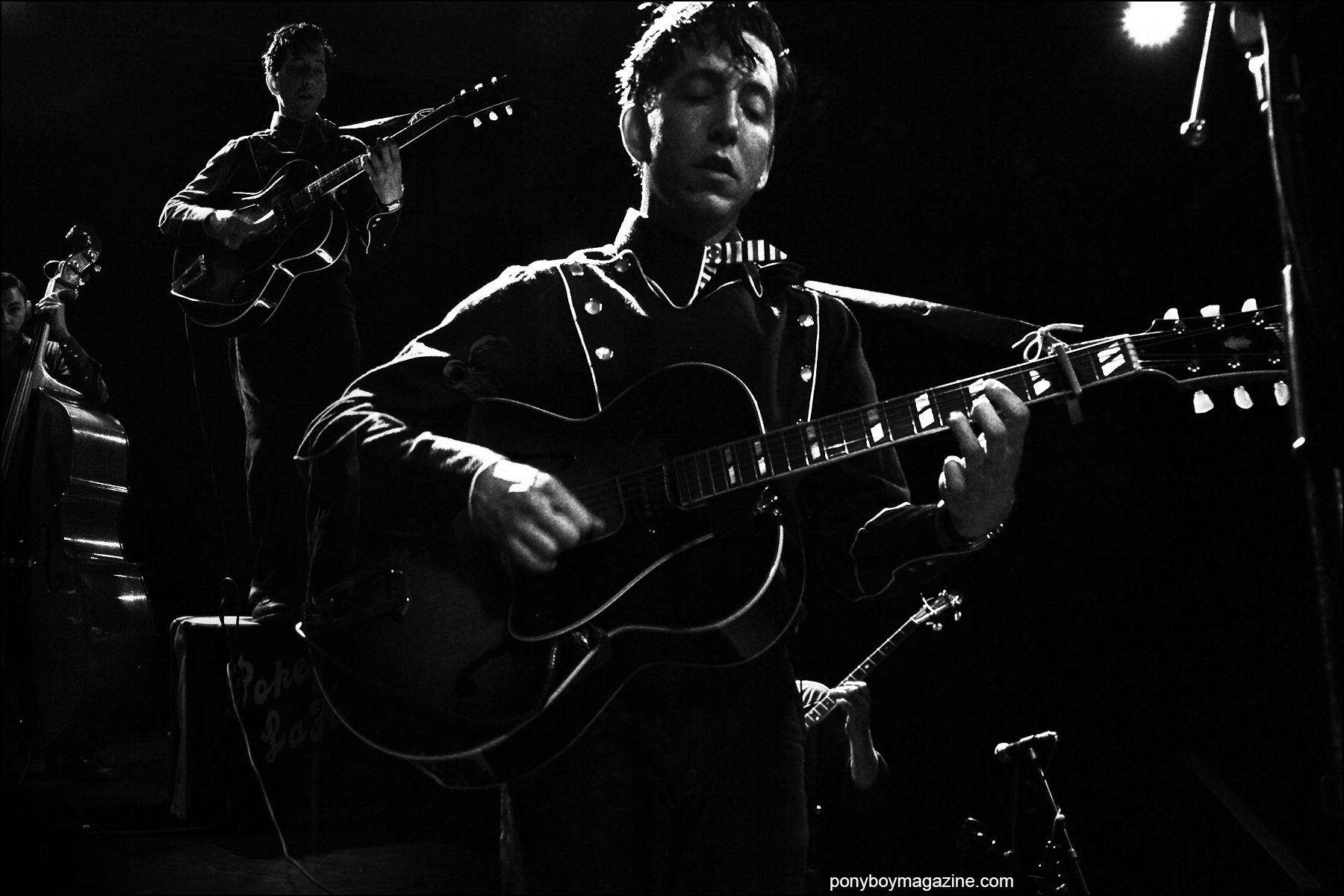 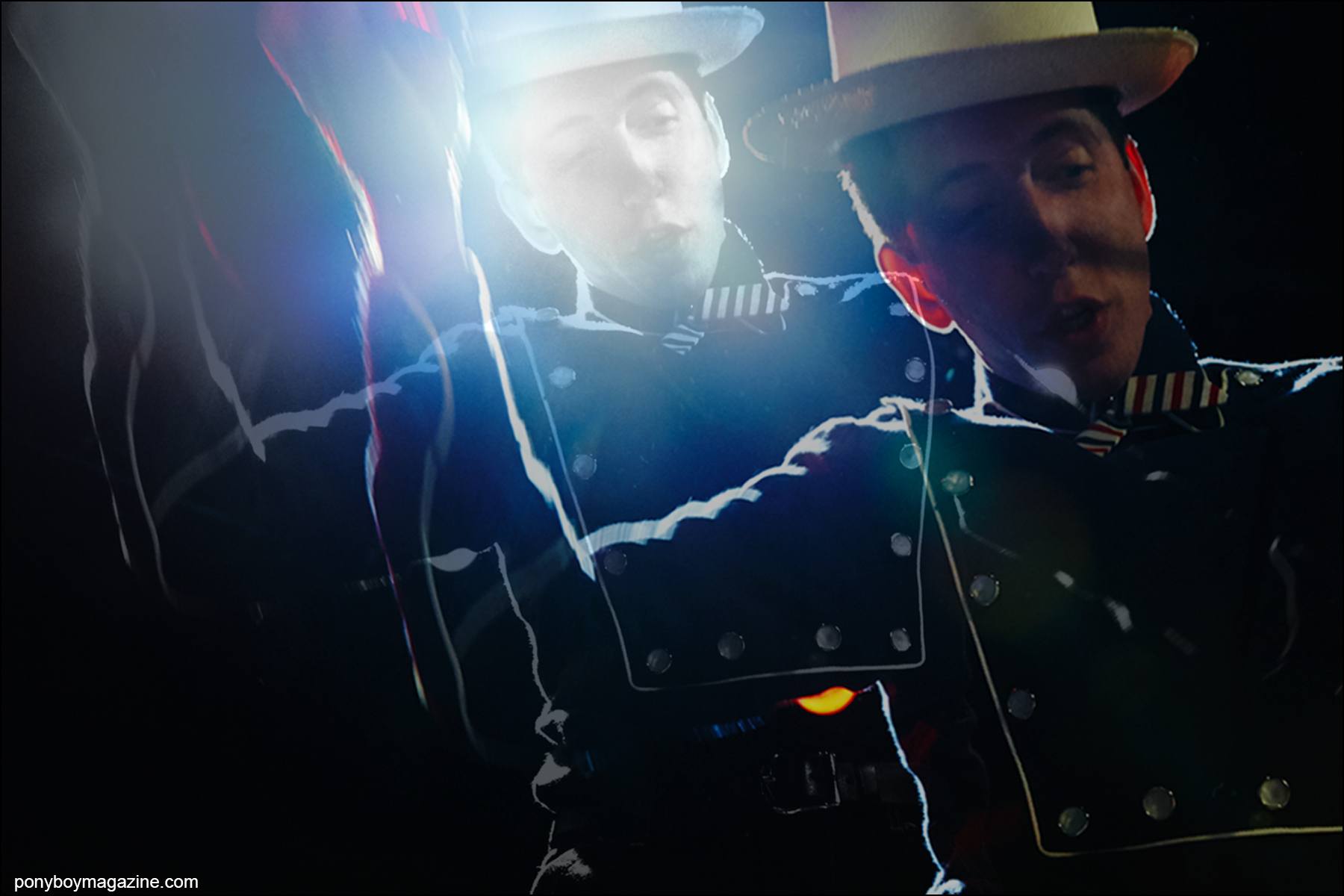 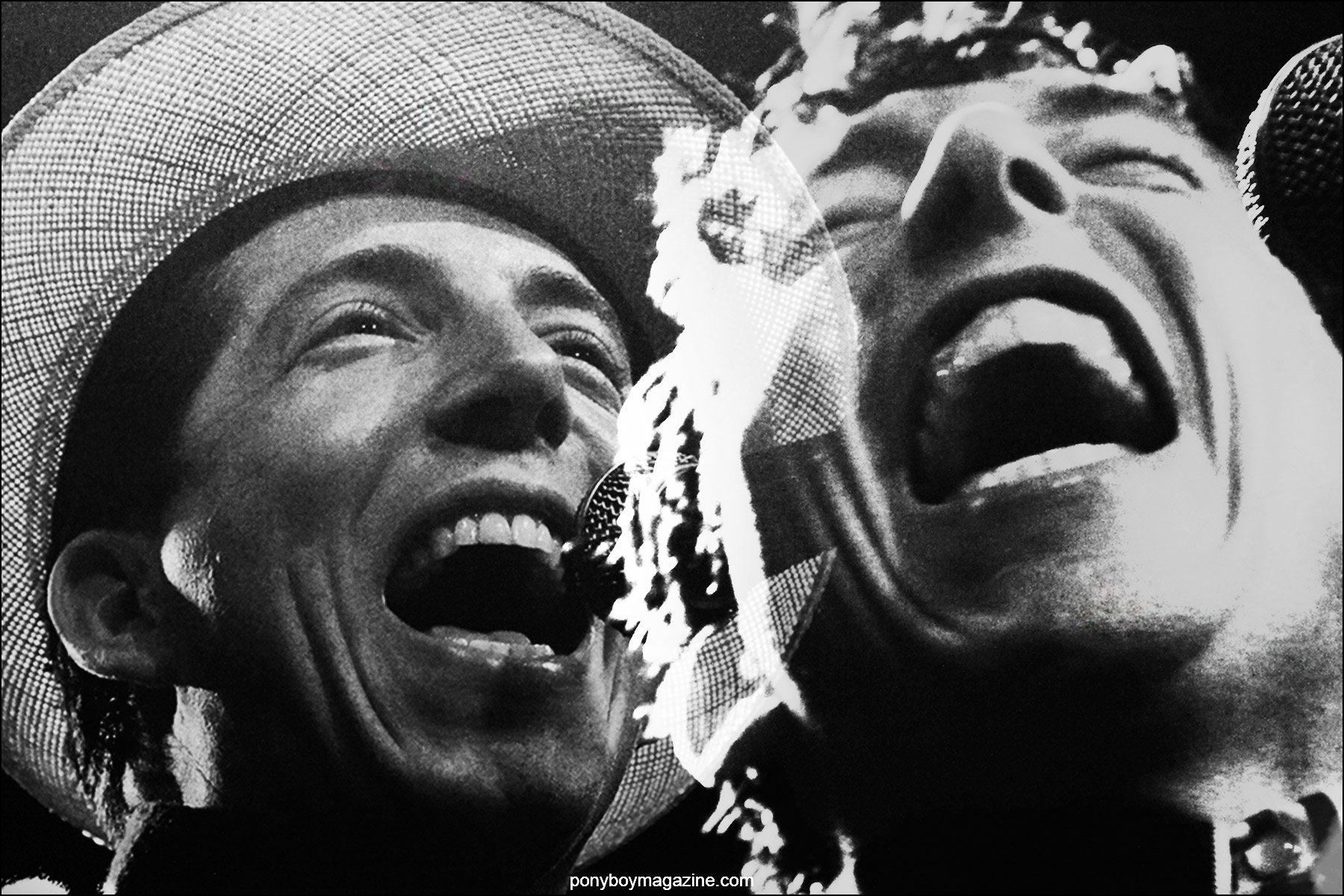 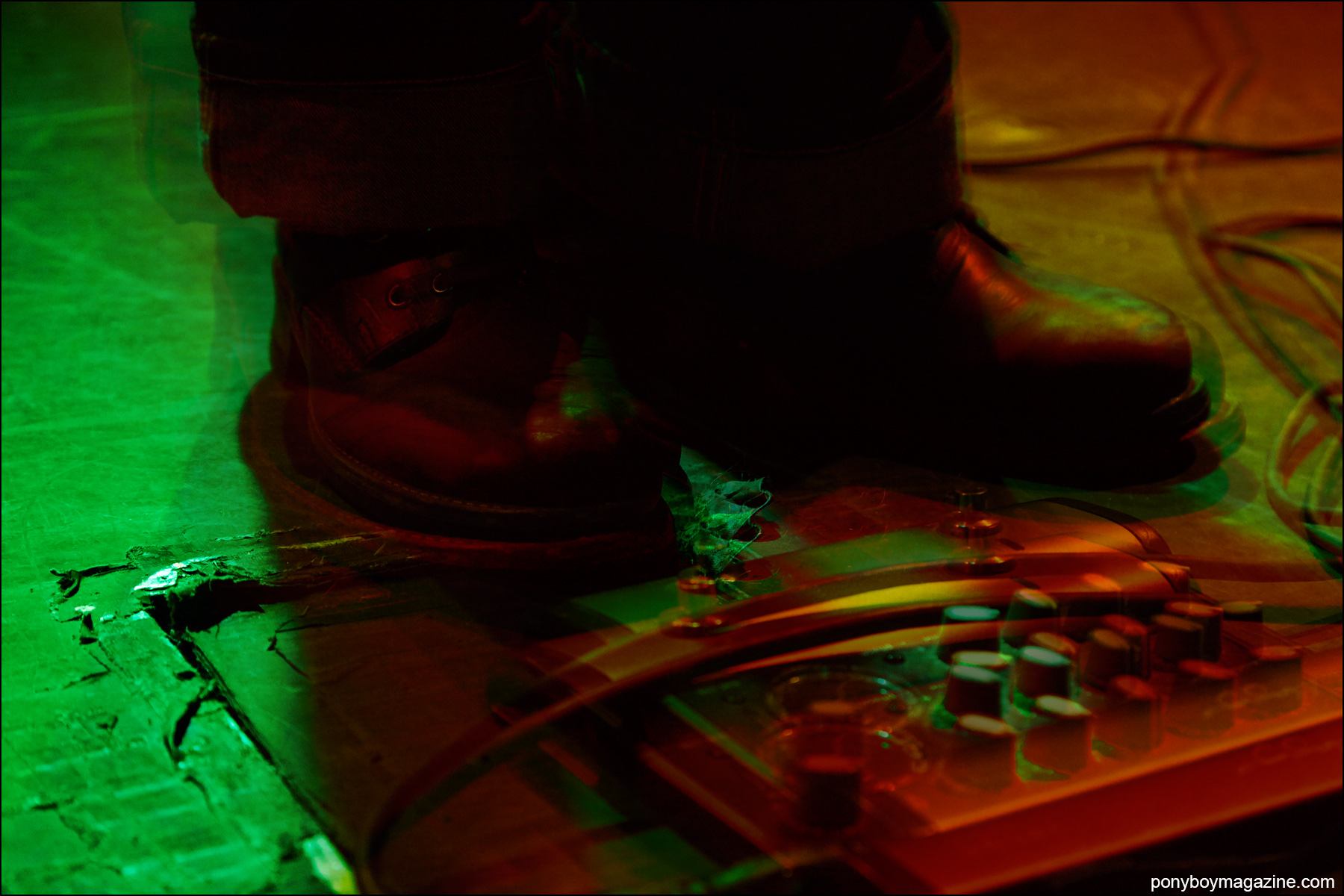 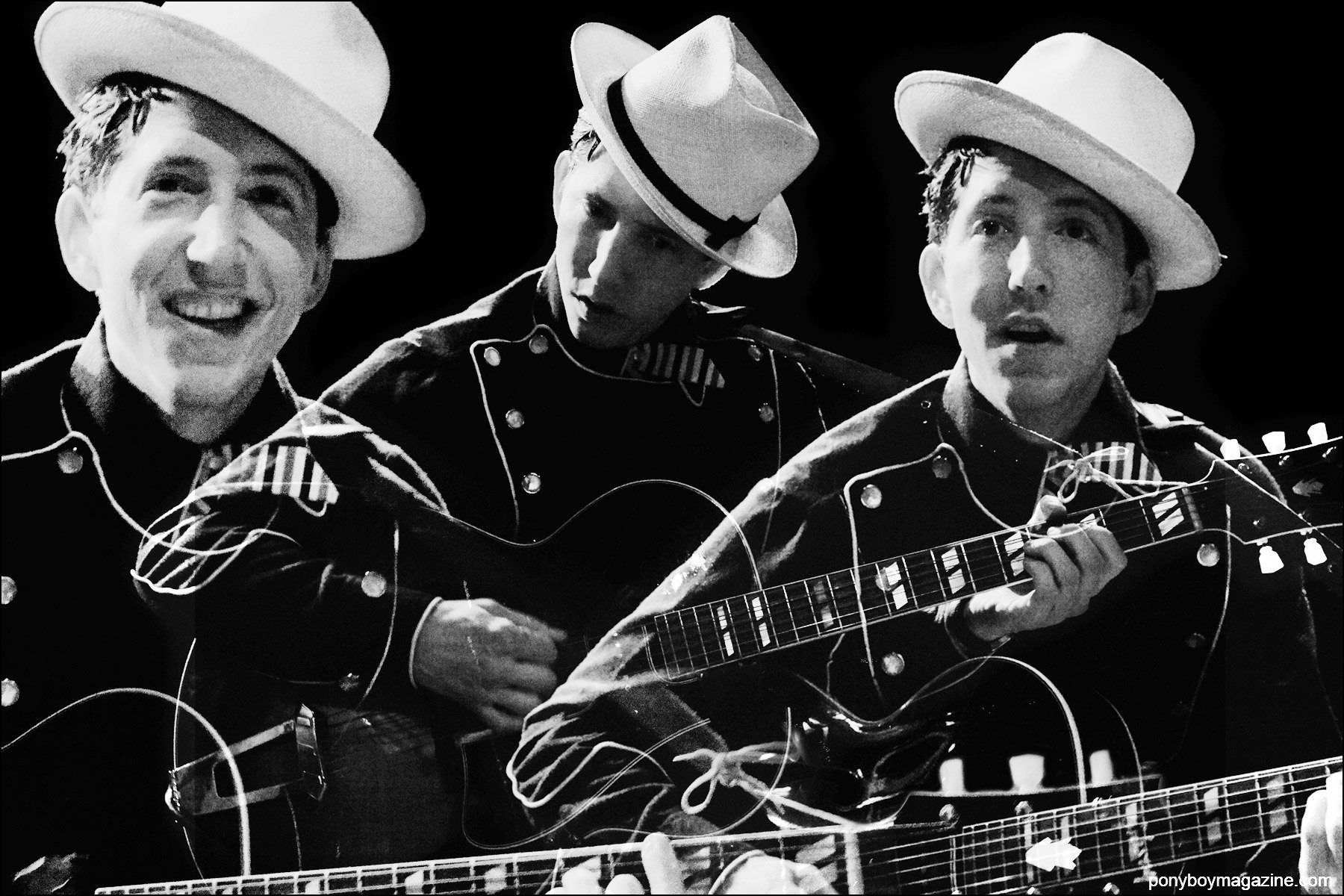 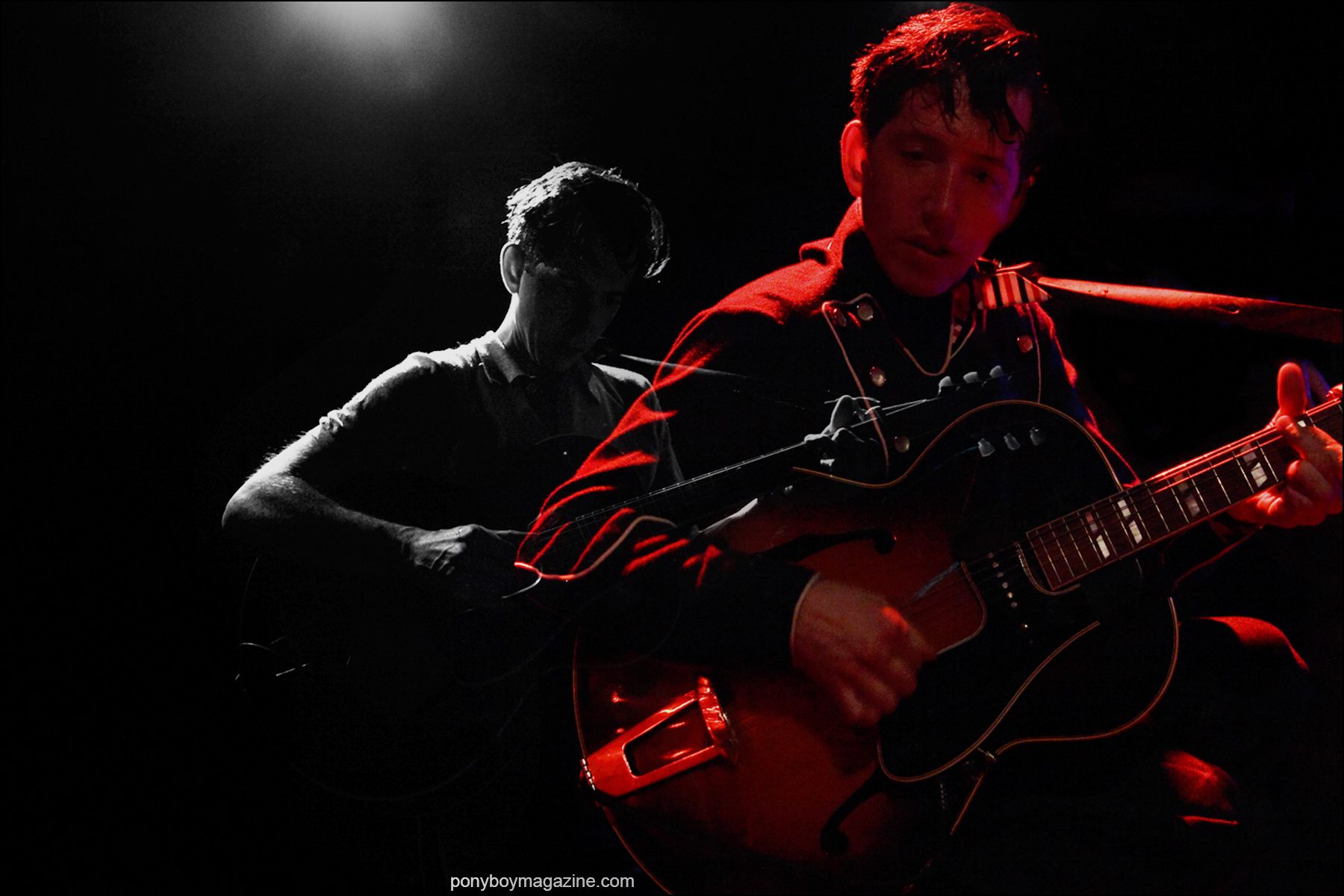 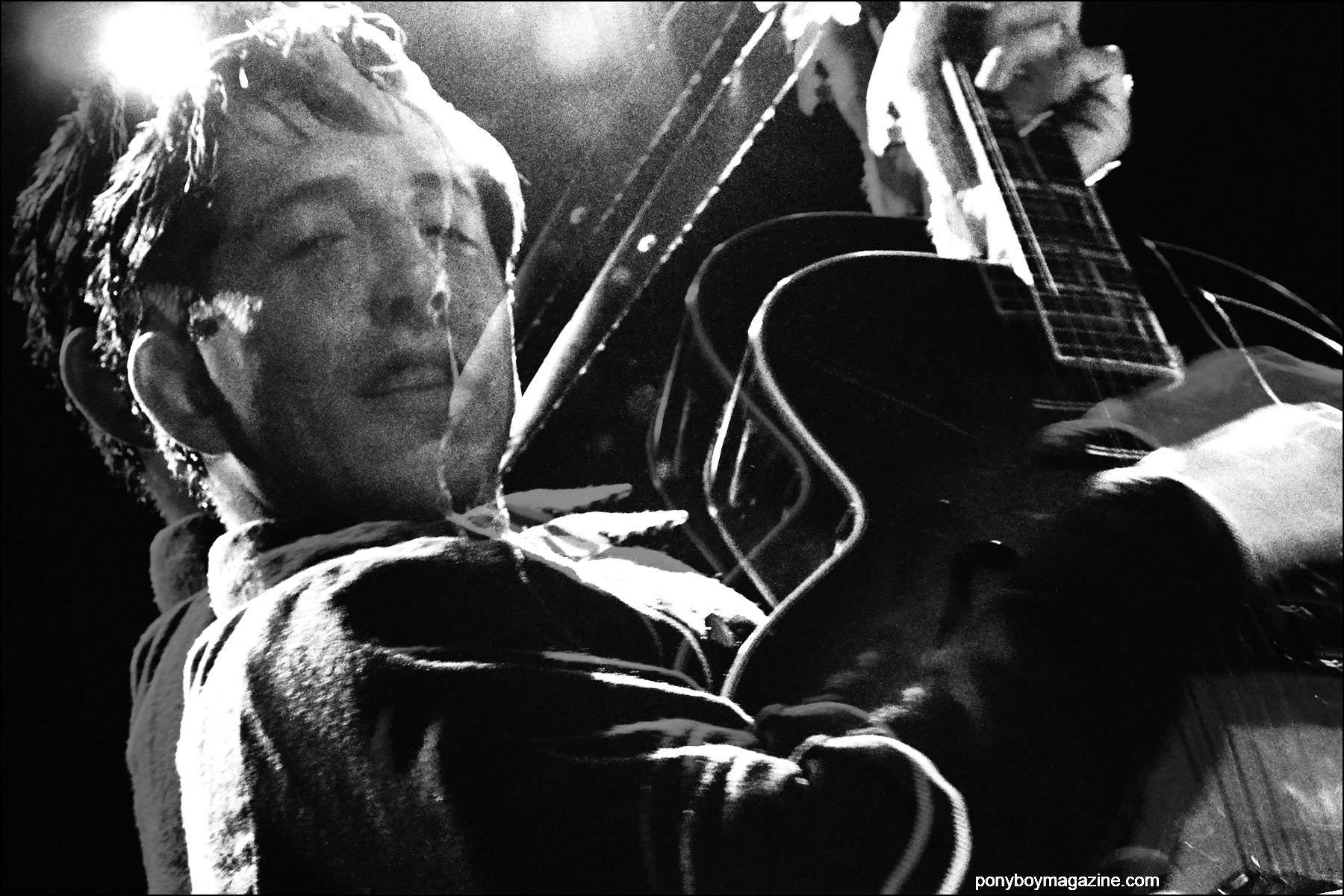 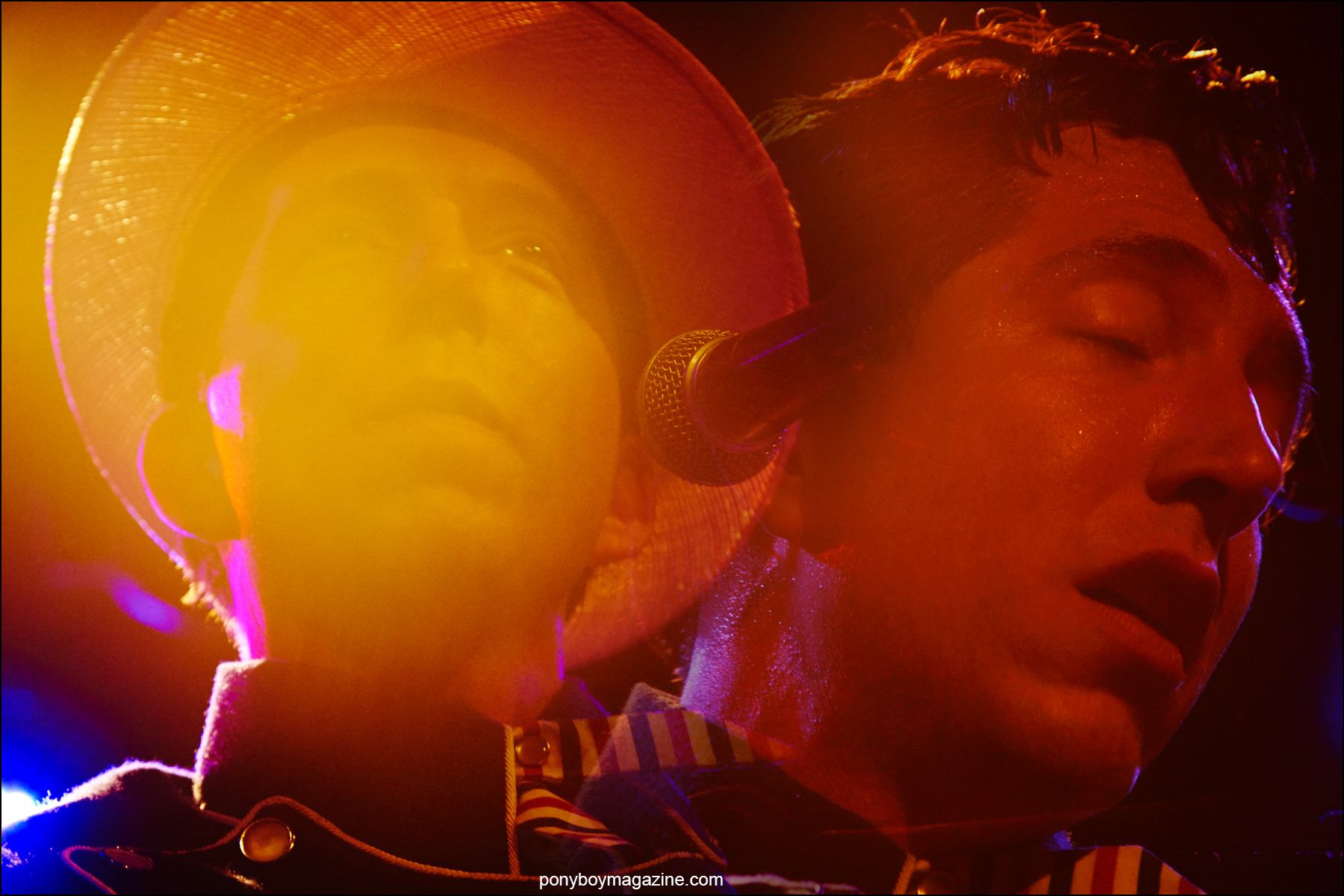 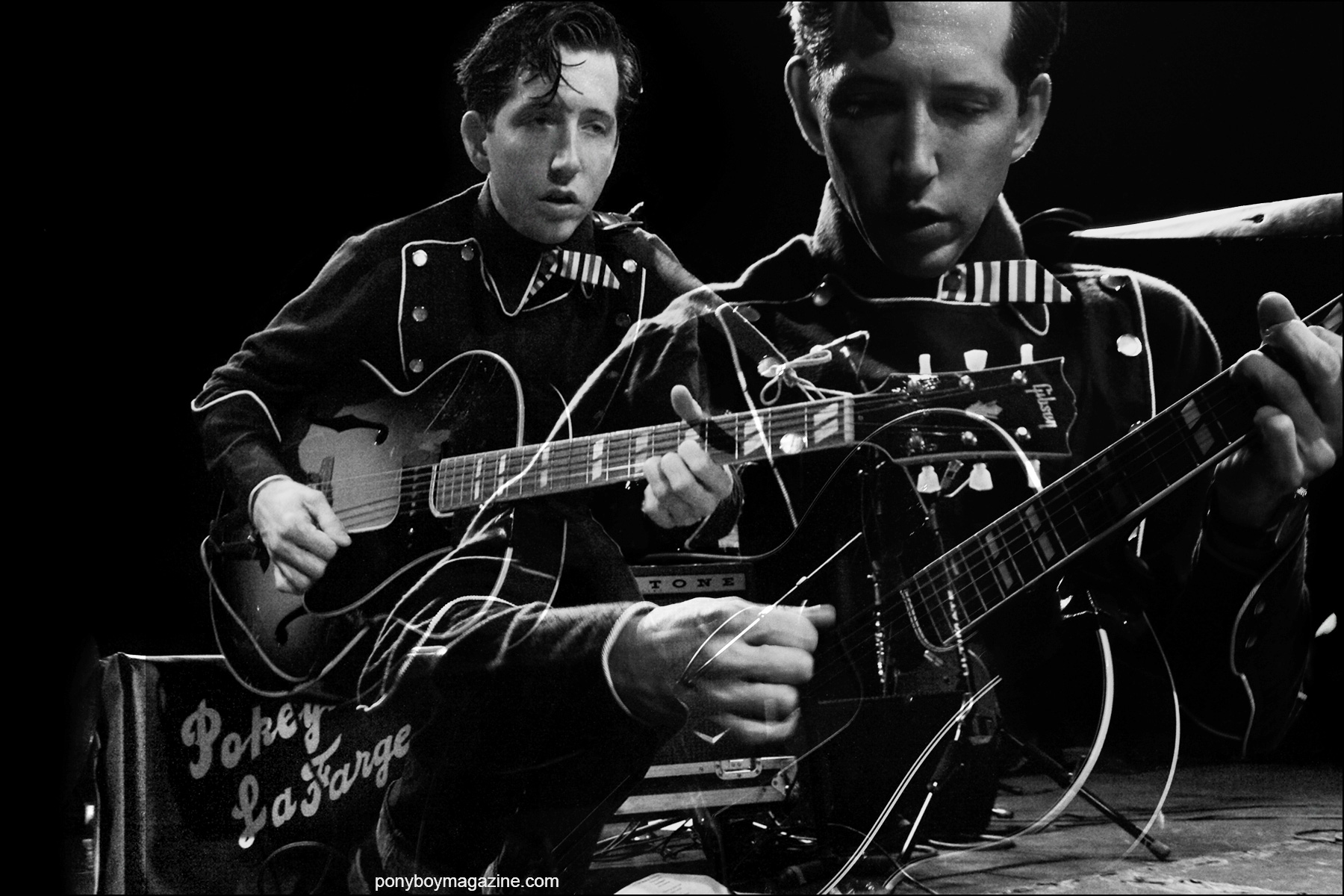 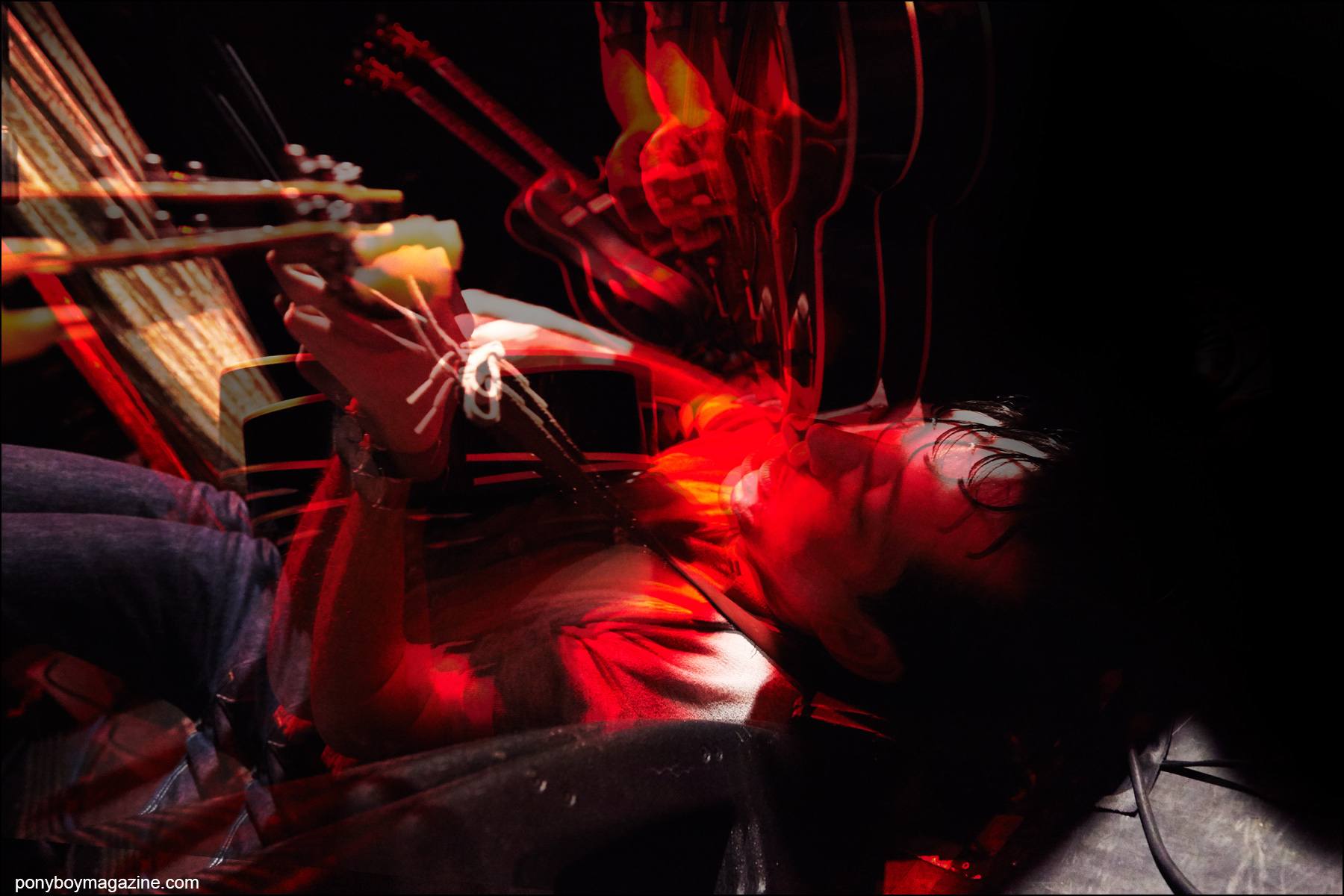 Pokey LaFarge is a very accomplished and multi-talented musician who is bringing his fusion of jazz, ragtime, Western swing and country blues into the forefront of mainstream America. His cover of the Hank Williams’ song “Lovesick Blues”, (with Vince Giordano’s Nighthawks) for HBO’s Boardwalk Empire, stands on its own. He tours all over the world and opened for musician Jack White. LaFarge dominates the stage, not only with an incredible voice, but with his bold showmanship and terrific vintage menswear style. Portraits by Joshua Black Wilkins. Stage photography by Alexander Thompson. http://www.pokeylafarge.net

PONYBOY:  Pokey, you were born and raised in Illinois. What was your upbringing like?

POKEY LAFARGE:  Pretty simple. Mom, Dad, Step Mom, brother, sisters. We took a lot of road trips. Dad liked to travel. Baseball was always most important. In some ways, it still is. Then I discovered music and marijuana around thirteen. But, my first creative outlet was writing.

PONYBOY: We read that you discovered blues music as a teenager. Was this life changing for you? Did you know at that point that you wanted to be a musician, centering on the Americana genre of music?

POKEY LAFARGE:  I never have considered myself centered in the Americana genre. Blues music was, indeed, a part of my foundation though.

PONYBOY:  You also hitchhiked throughout the United States at a young age playing music on the streets. Tell us about that experience and what affect that had on you and your music.

POKEY LAFARGE:  Well, at the time it was a necessary means for me to eat. Also, it was the easiest place to play. You didn’t have to book your own gig. Looking back, I see that it was an essential step in me getting here because, well, that’s what I did. I did what I had to do.

PONYBOY:  Fast forward to present day, you have seven albums under your sleeve and have toured the world extensively. Did you ever think that you would accomplish as much as you have?

POKEY LAFARGE:  No, but I didn’t think that I wouldn’t.

PONYBOY:  You have extraordinary stage presence. Have you always been a “showman” of sorts?

POKEY LAFARGE:  I’d like to think I’ve always been a bonafide ham.

PONYBOY:   Your last album, Something in the Water, is incredible. We just love it. We’re big fans of the talented Jimmy Sutton, who produced this album. What was that like, recording at his Hi-Style Studio?

POKEY LAFARGE:  An accomplishment in itself. It really has a good vibe. It is a tremendously creative working environment.

PONYBOY:  And what was it like working and touring with Jack White?

PONYBOY:  Do you feel that being featured on HBO’S very successful Boardwalk Empire series helped to thrust your name into mainstream America?

POKEY LAFARGE:  In a way, sure. But I would say touring with and recording with Jack did just as much.

PONYBOY:   We can’t help but ask about your terrific vintage style. Have you been dressing like this since you stumbled upon jazz as a teen? Where do you find your clothing?

POKEY LAFARGE: My Mom got me into antiquing, junking, and curb shopping since I was a kid. My passion for fine quality and unique attire started there. It was certainly influenced by my love for early styles and enhanced by my own eccentricities. I wear mostly new stuff now.

PONYBOY:   What’s life like for you now? It seems as though you are constantly touring. What do you do in your downtime in St. Louis?

PONYBOY:  What can we expect from you in upcoming months?

POKEY LAFARGE:  What the people will see is a lot more touring through the end of the year. Then, I’ll be taking a lot of time off next year and I’ll try to write a new album.