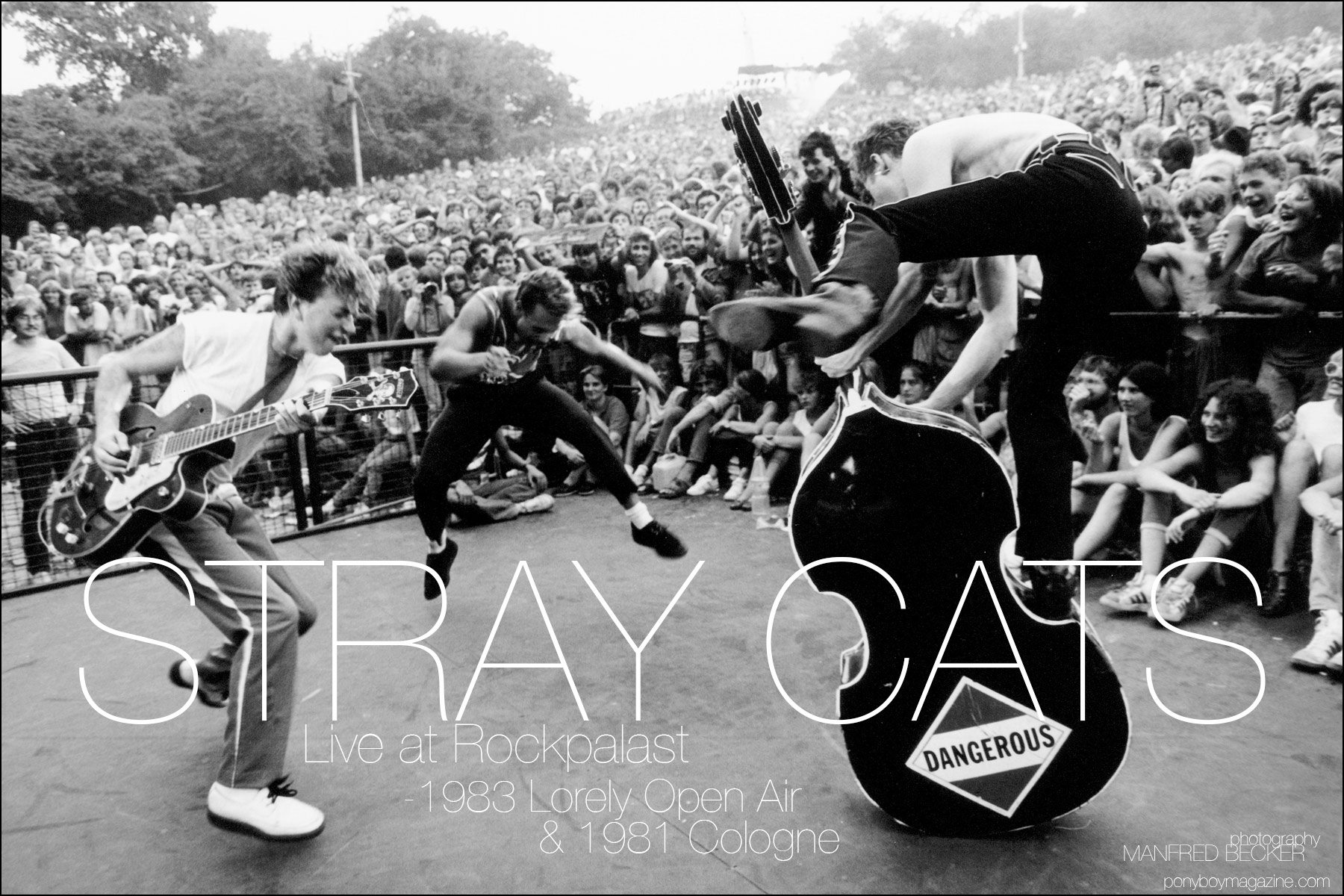 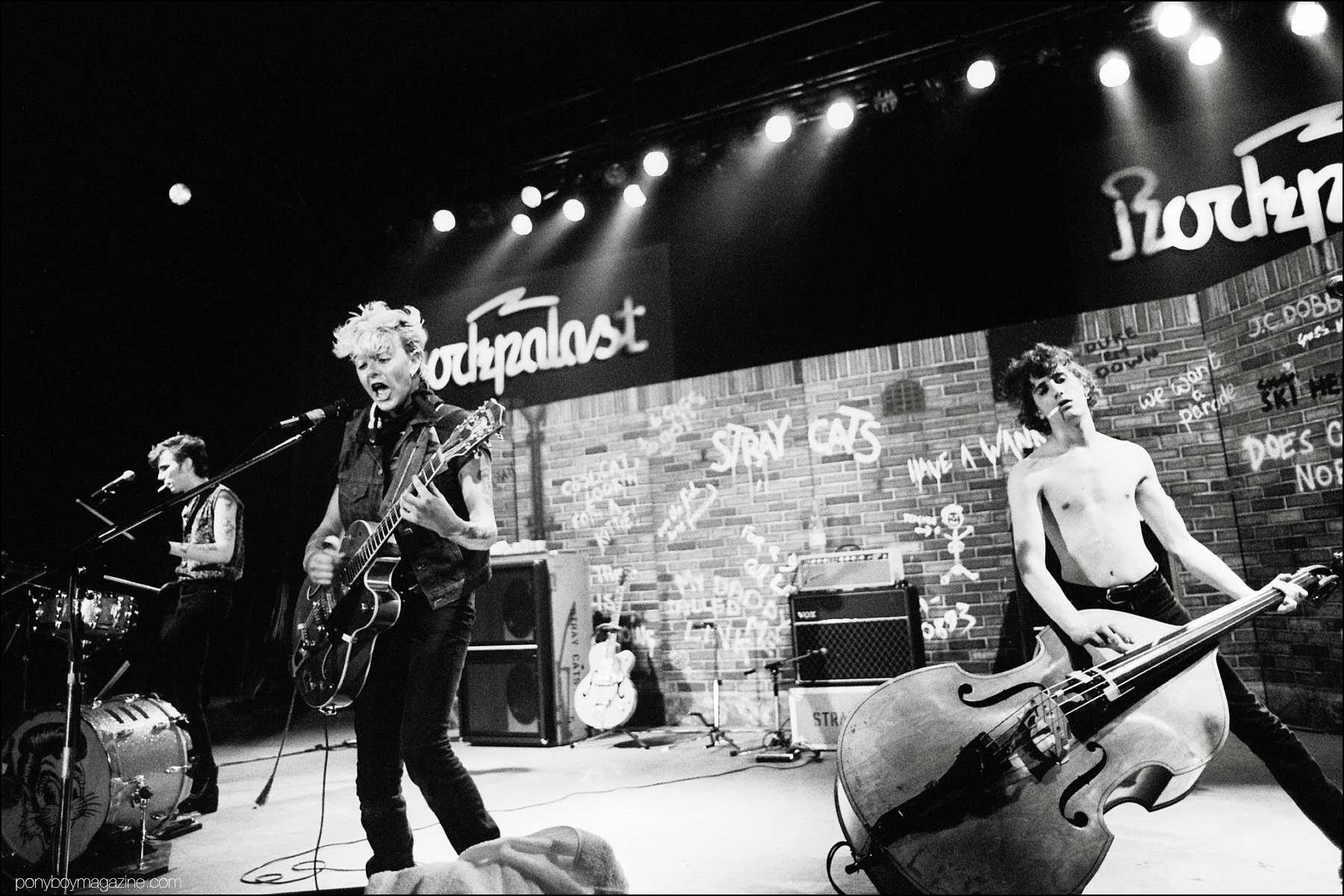 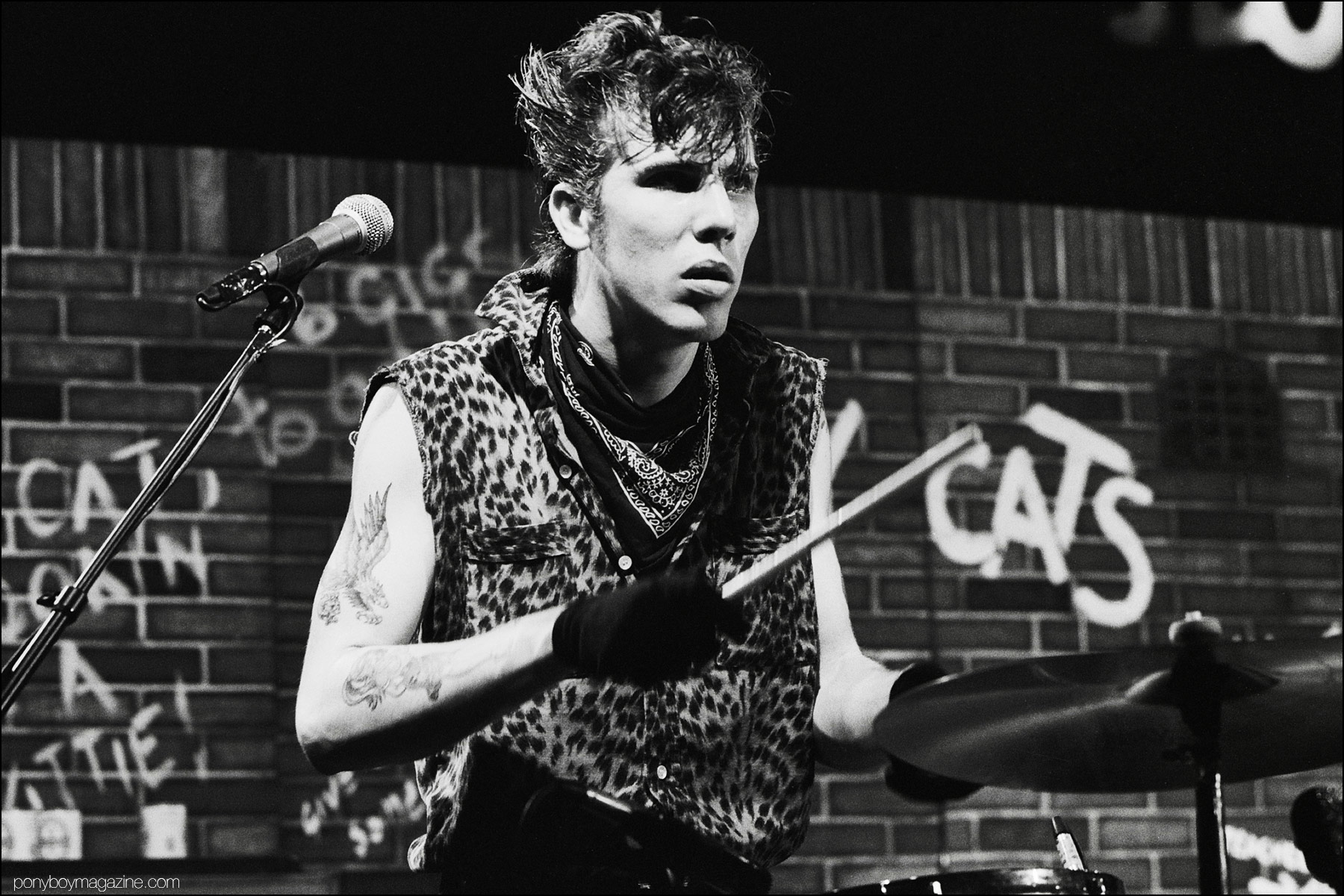 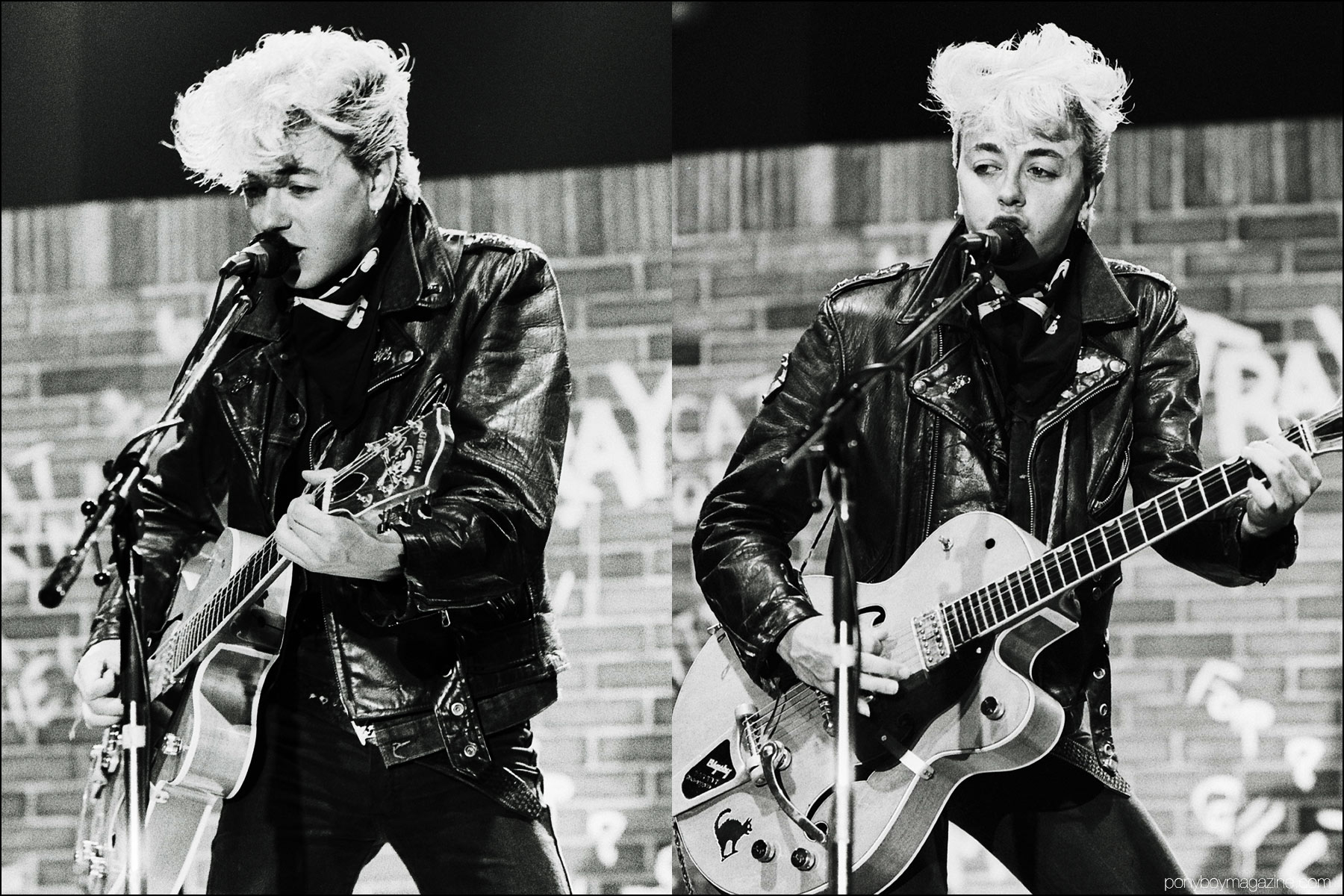 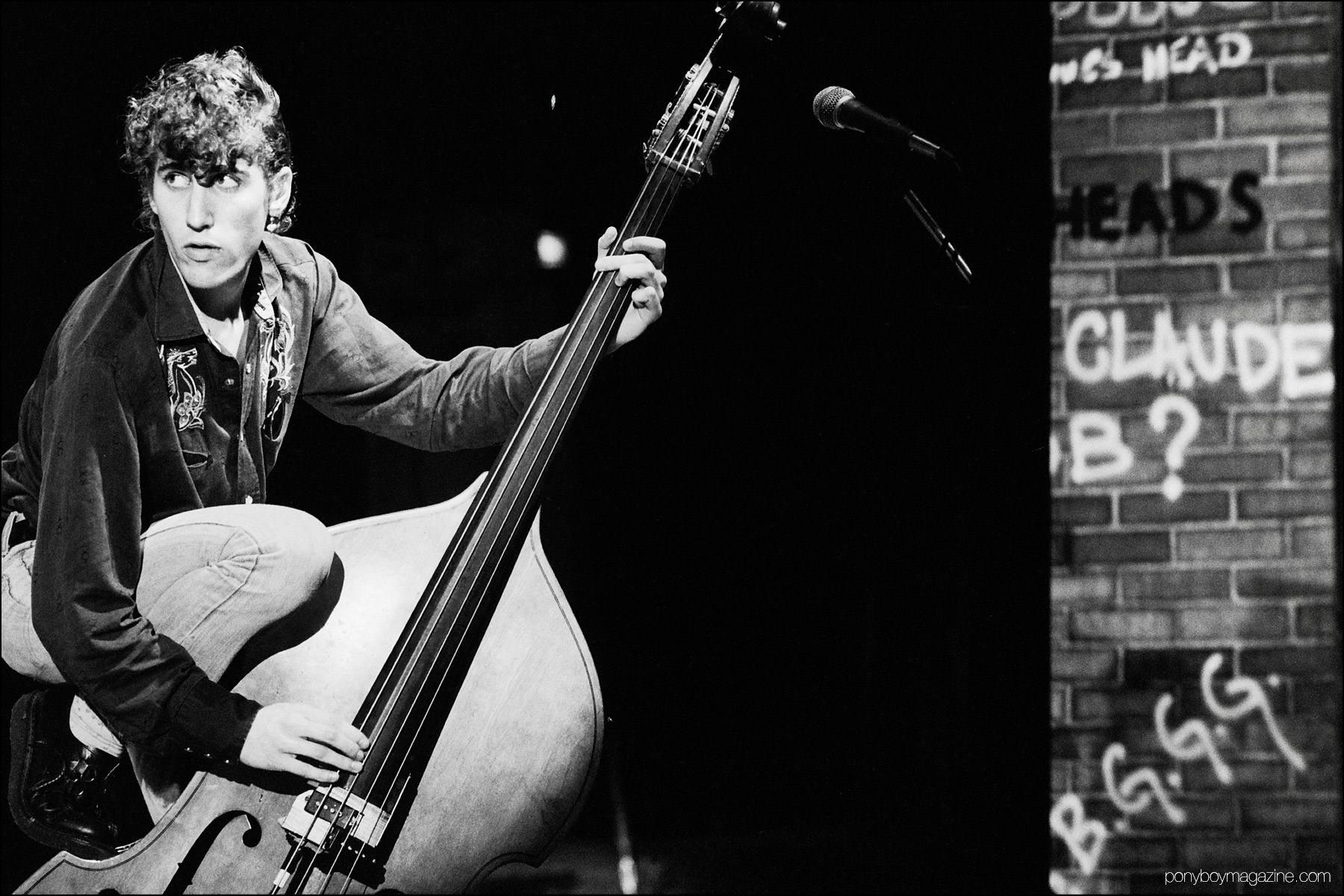 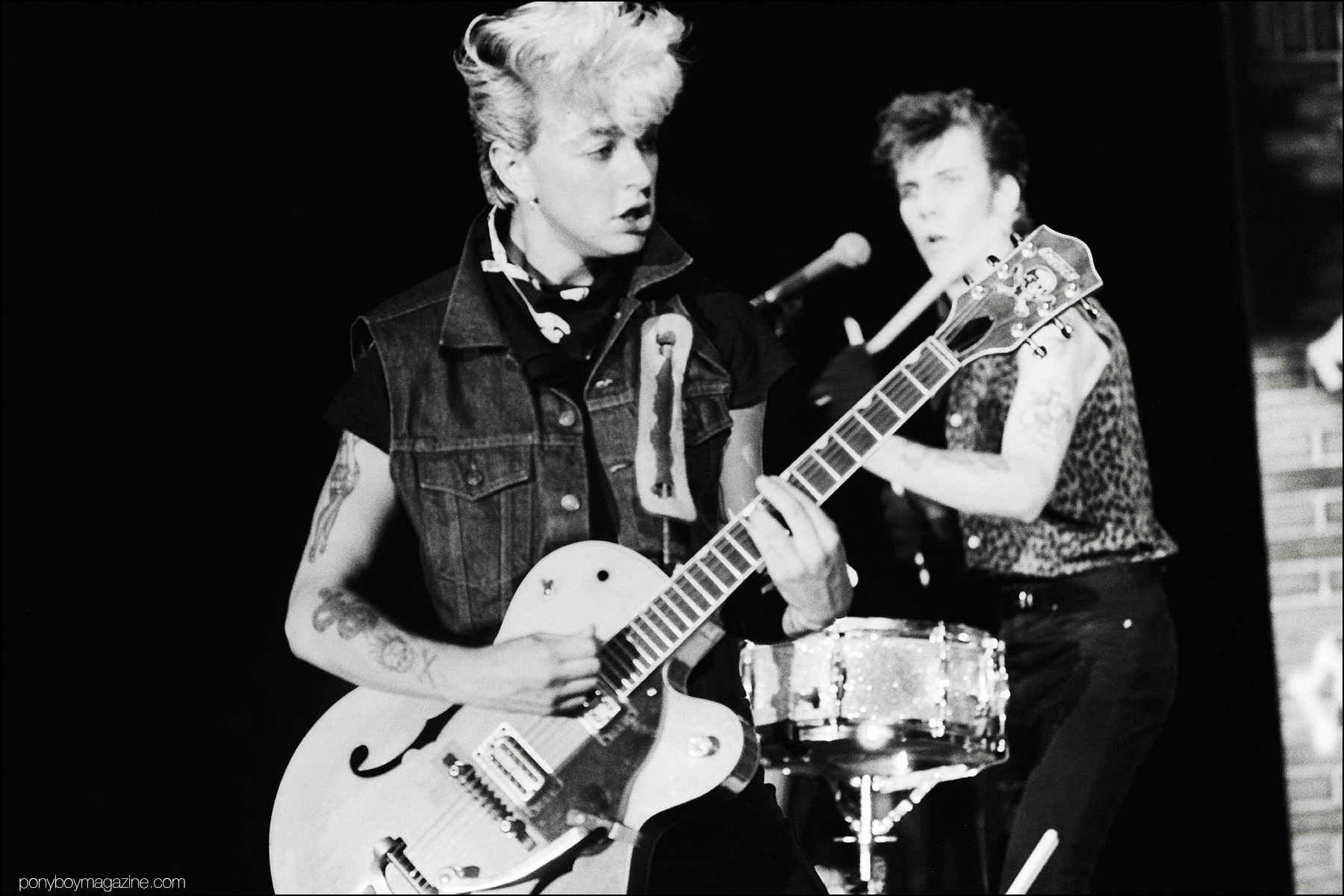 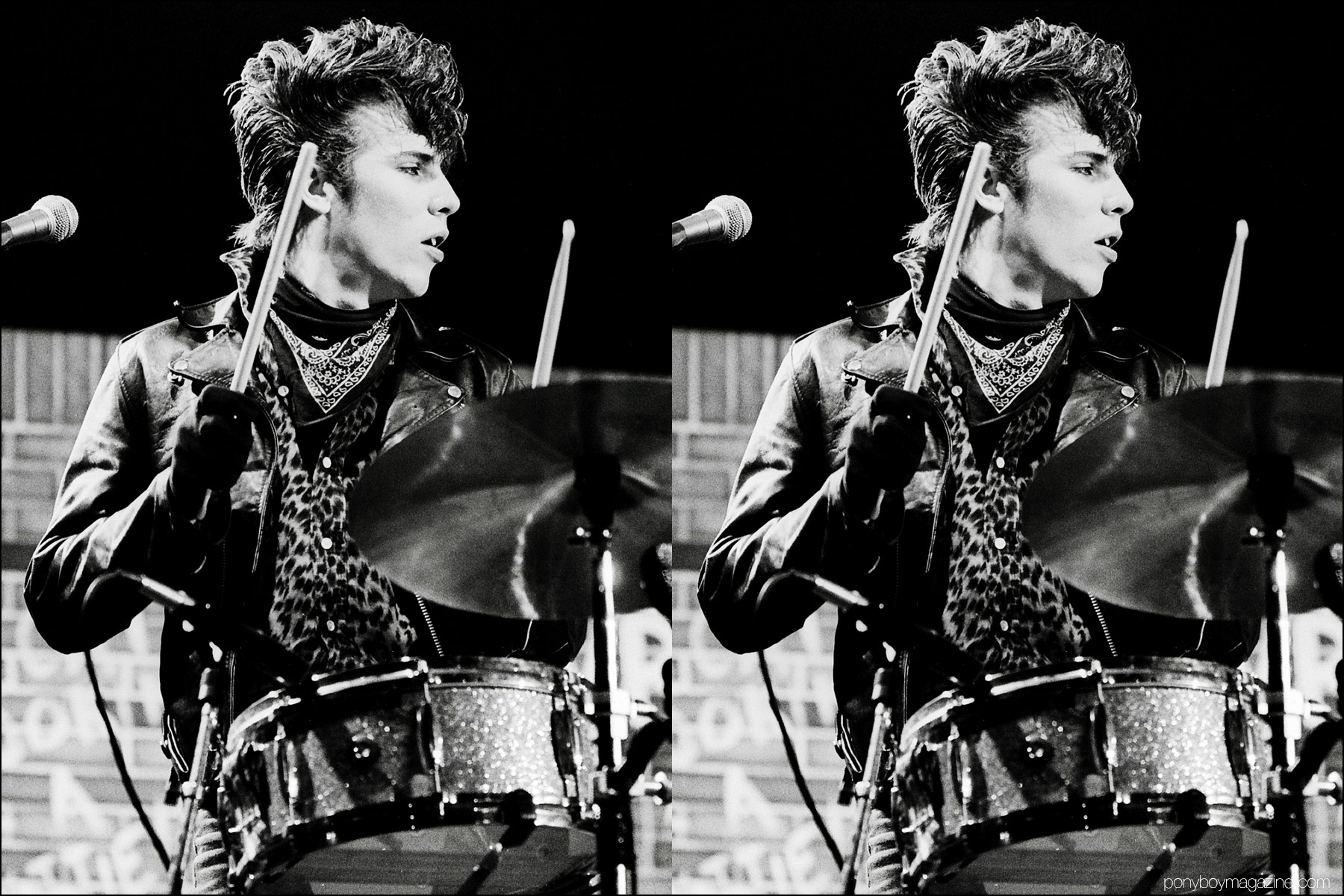 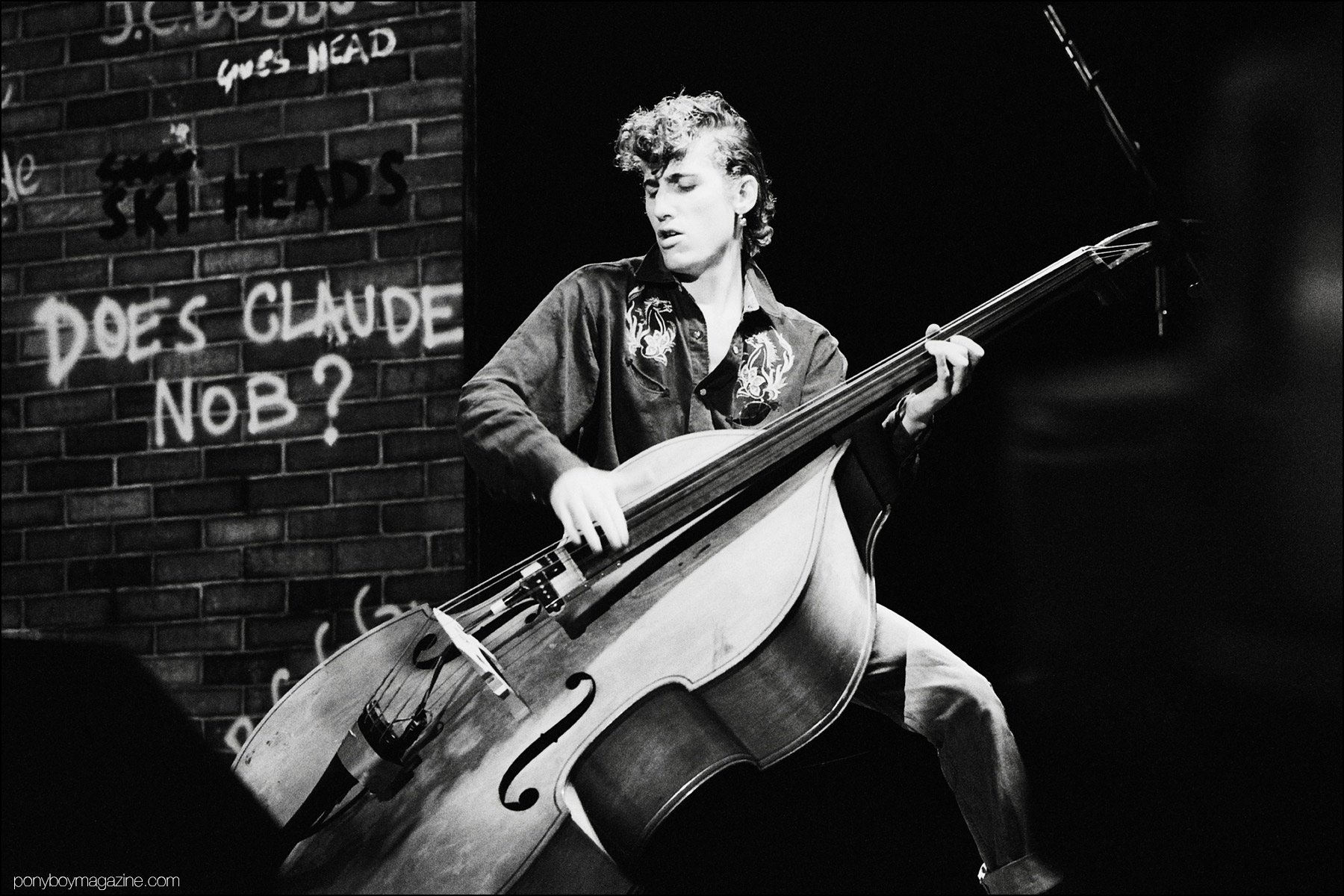 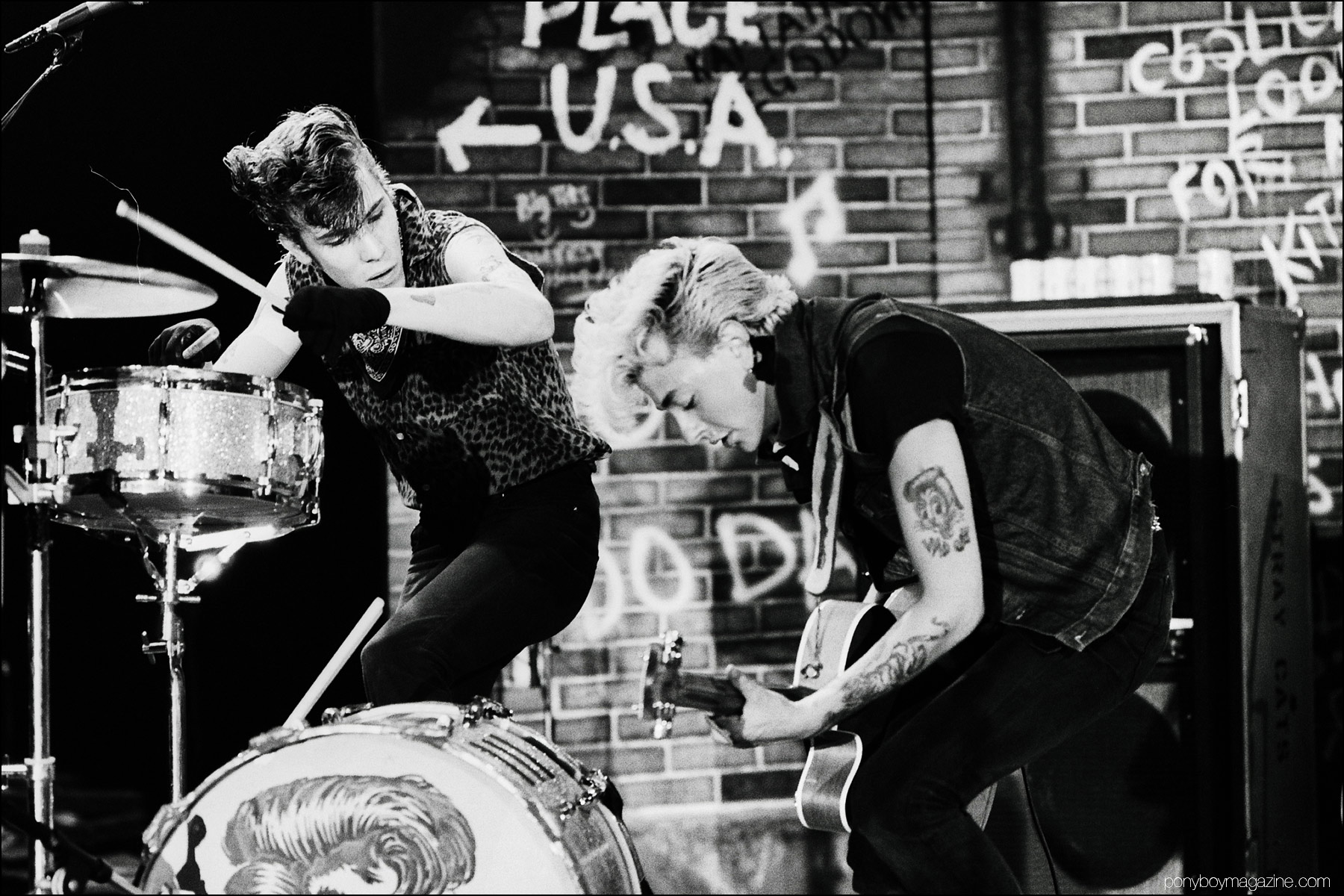 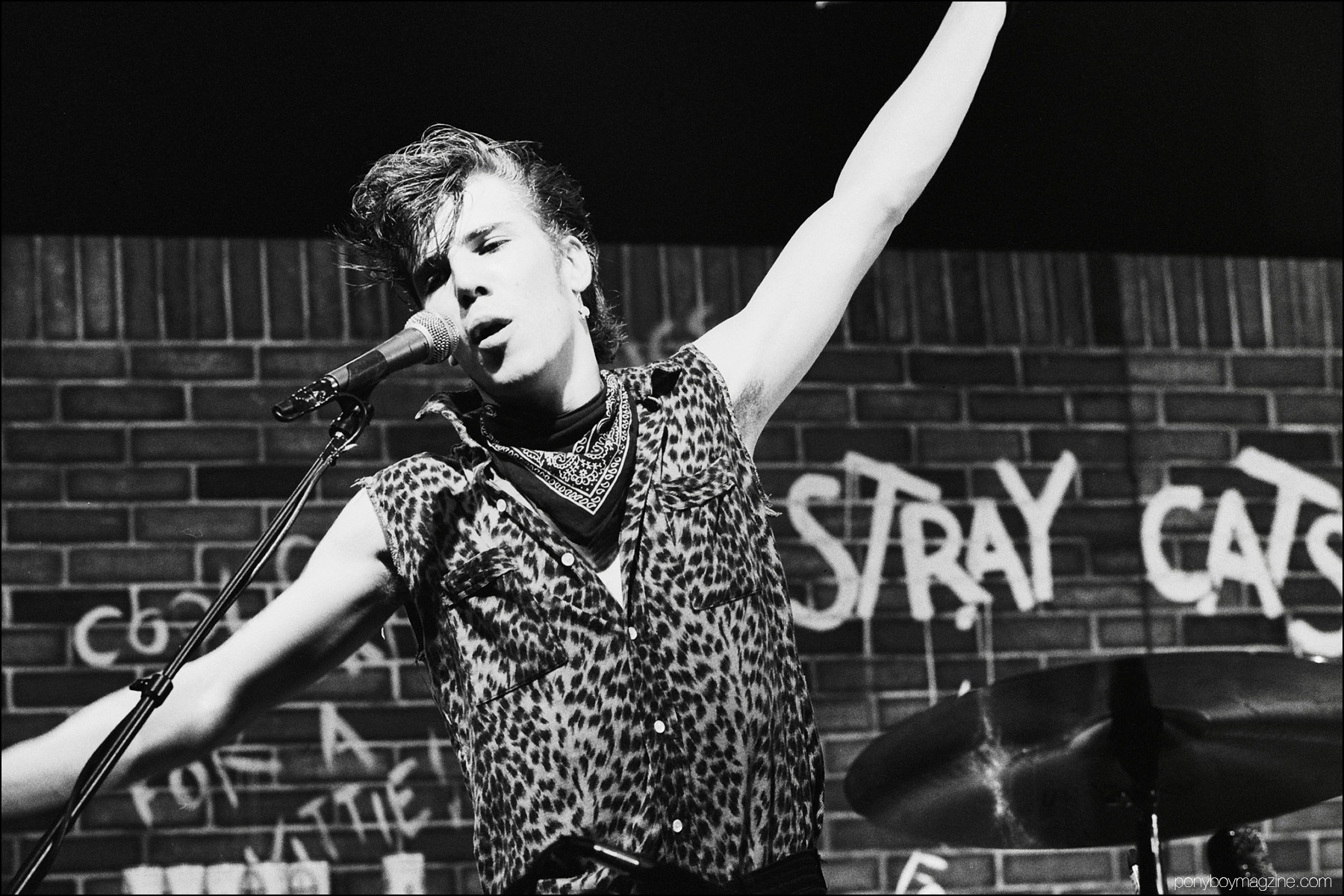 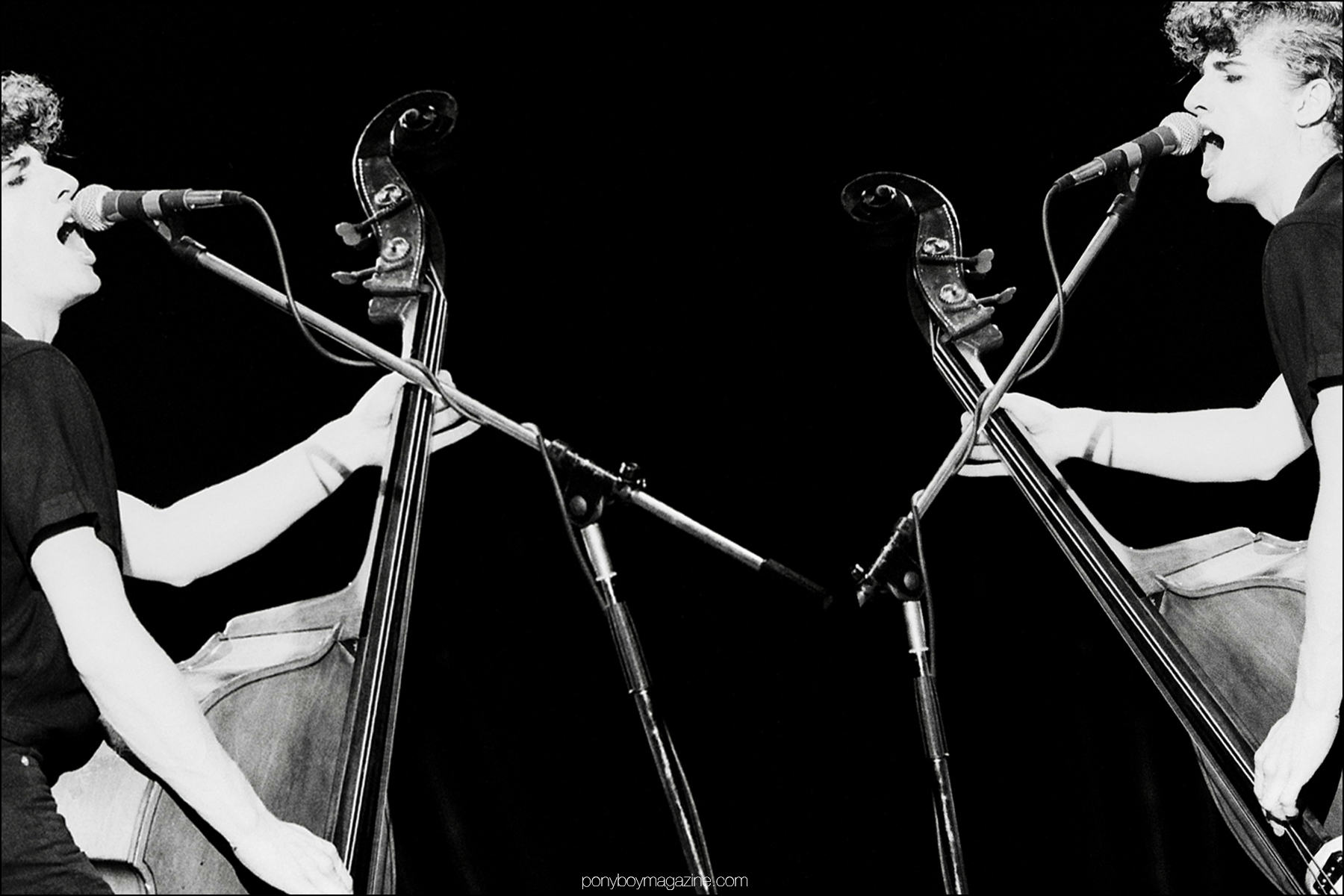 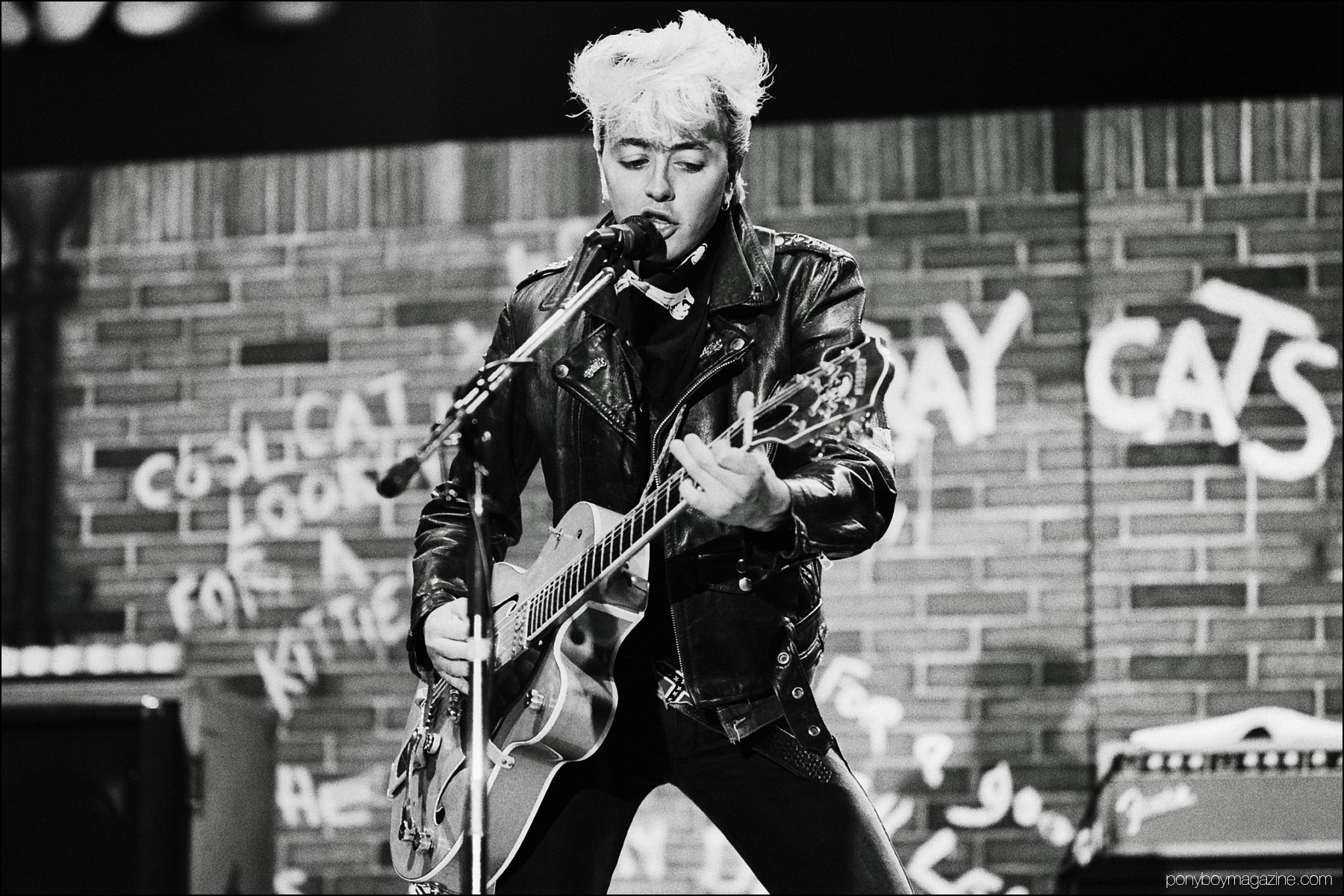 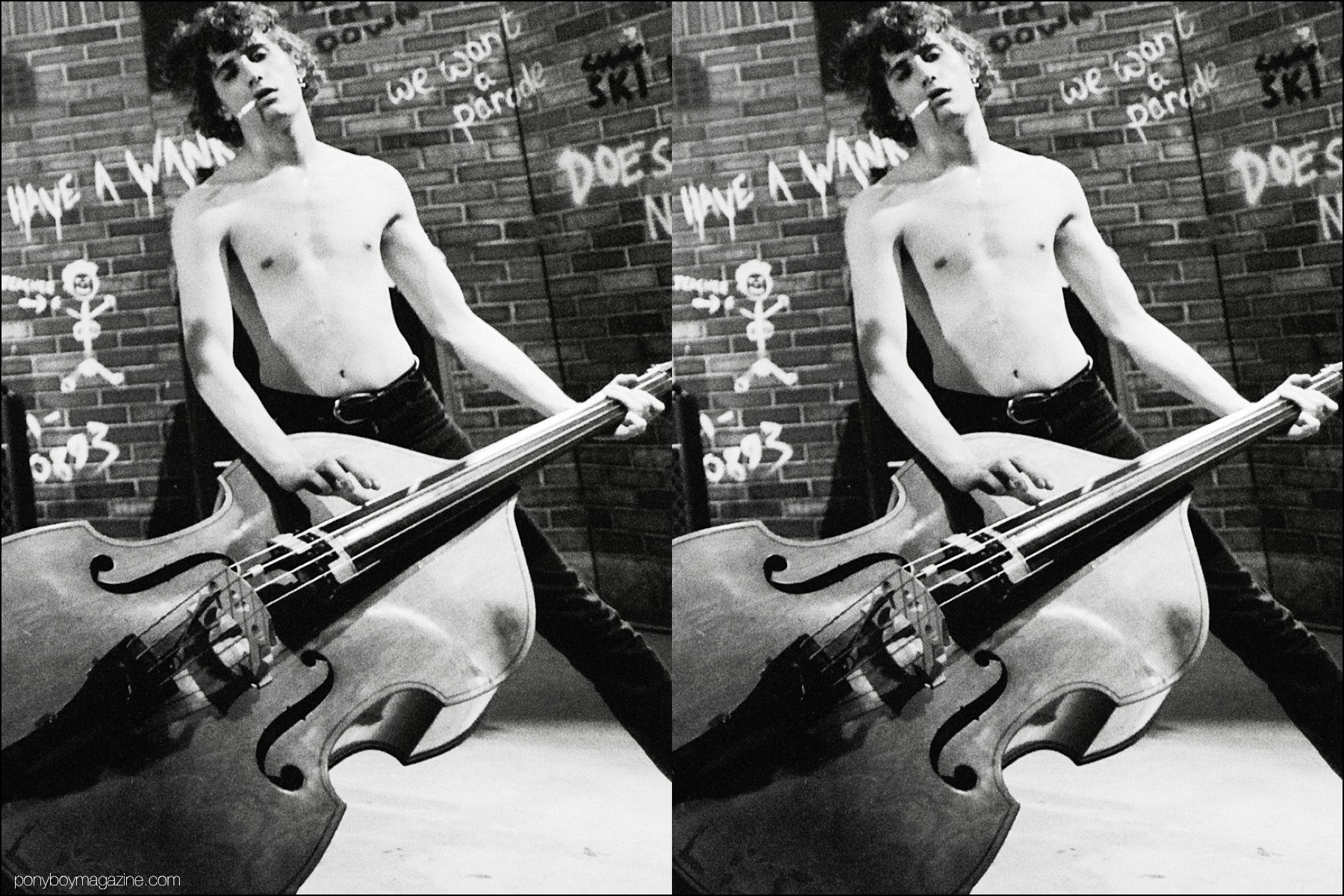 YOUNG, RAW AND WILD! We are thrilled at Ponyboy to feature the release of Stray Cats: Live at Rockpalast, a double CD and DVD release from music label Made in Germany. Available July 7th in the U.S., this incredible release features footage/recordings from concerts in Germany, in both 1981 & 1983. We are also in awe of the terrific imagery provided by photographer Manfred Becker. So we thought we would ask Ponyboy pal Dylan Patterson, longtime Stray Cats fan and drummer of band Reckless Ones, to write our review!

“I was fifteen the first time I heard the Cats, and I was hooked! I finally knew what music tripped my trigger. I was just about to get my driver’s license, and I bought a ’65 Ford and drove around singing every word of Built for Speed. I truly felt like Brian Setzer was singing about my life.

Eight years later I’m playing in Reckless Ones, a neo-rockabilly band, whose style was influenced heavily by the Stray Cats. Setzer lives in Minneapolis, as do I, and we also have mutual friends. I’ve been lucky enough to chat with him on several occasions. He’s truly a great guy, and still a total badass!

This DVD brings the wildest (and best) era of the Cats alive. The ’81 Cologne show has always been a huge band favorite, and I can’t get enough of Slim Jim going apeshit on the sound engineer, screaming “Can I get some fucking bass??!!” Raw attitude! My favorite songs from this performance include Storm the Embassy, Ubangi Stomp, Somethin’ Else and Gonna Ball.

Now I hadn’t seen much of the ’83 show before, so most of it was a total surprise to me – and a real treat! The vibe of this show is a bit more relaxed, and the tempo a bit slower.  But in my opinion it’s still in the golden era. They jump off stage and engage bystanders within reach, dancing and bopping to their own music. The crowd shots are really amazing, showing off the rockabillies and teds, peppered throughout the sea of Germans. Favorites from this show are Lonely Summer Nights, Runaway Boys and Stray Cat Strut.  Buy this now!”