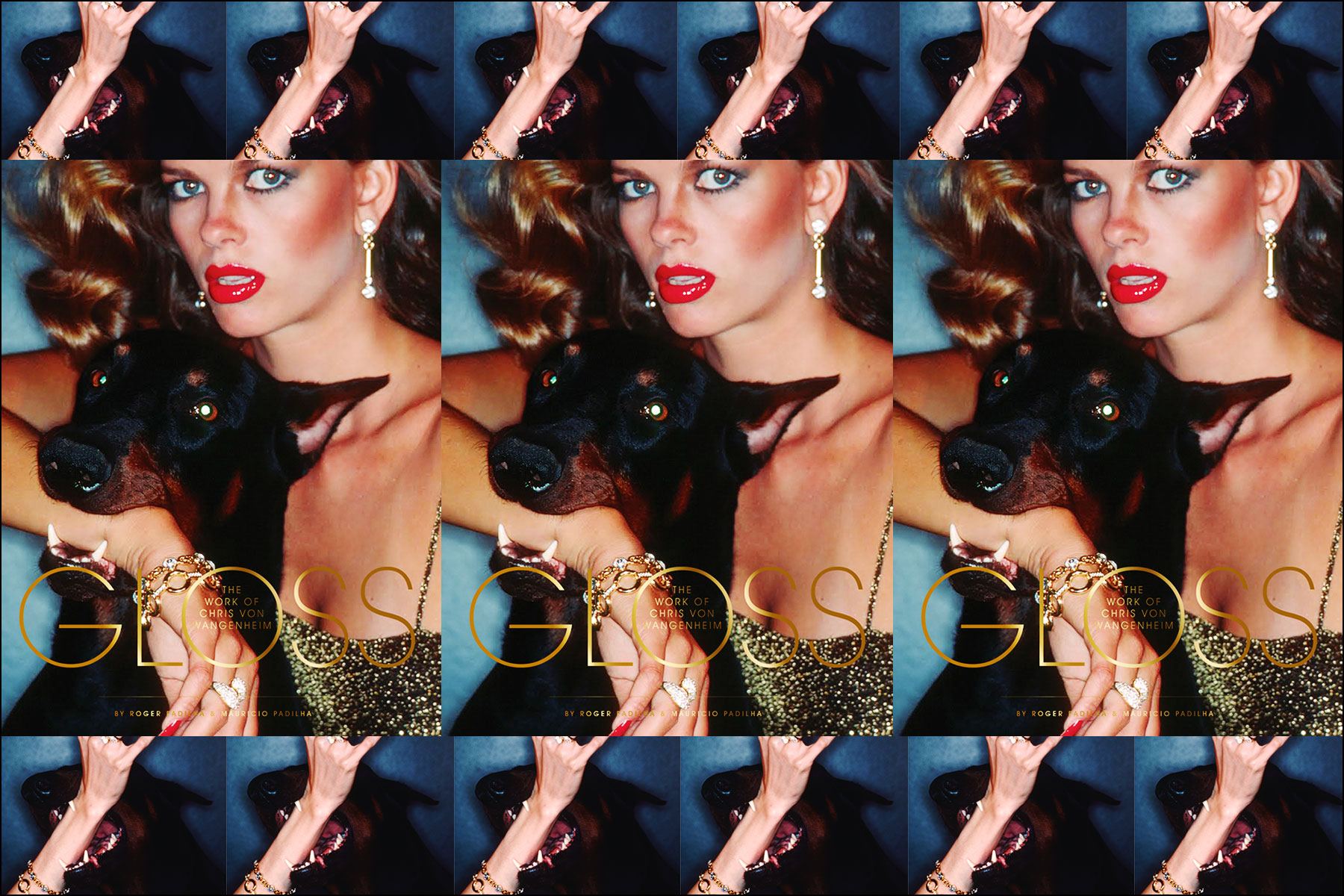 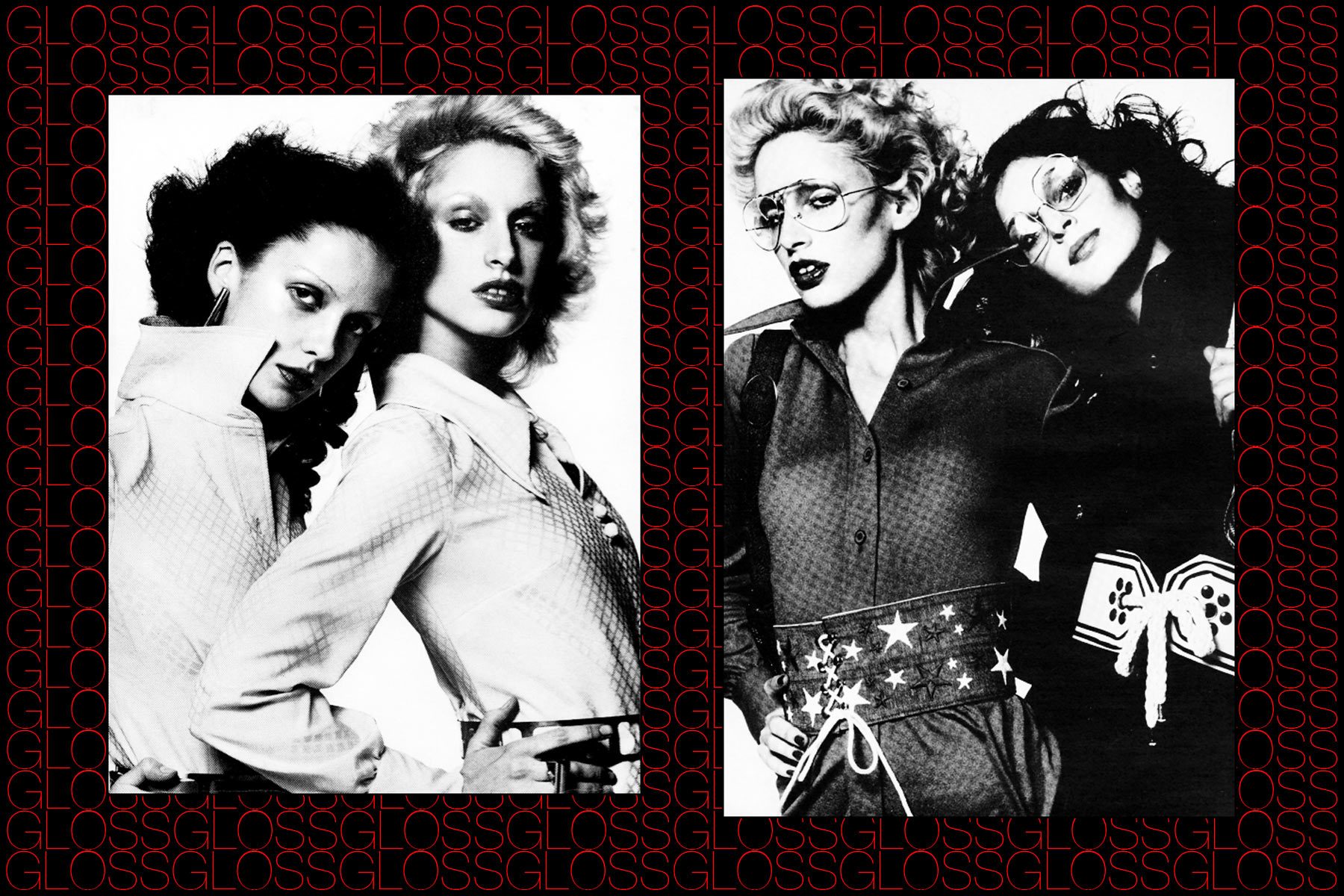 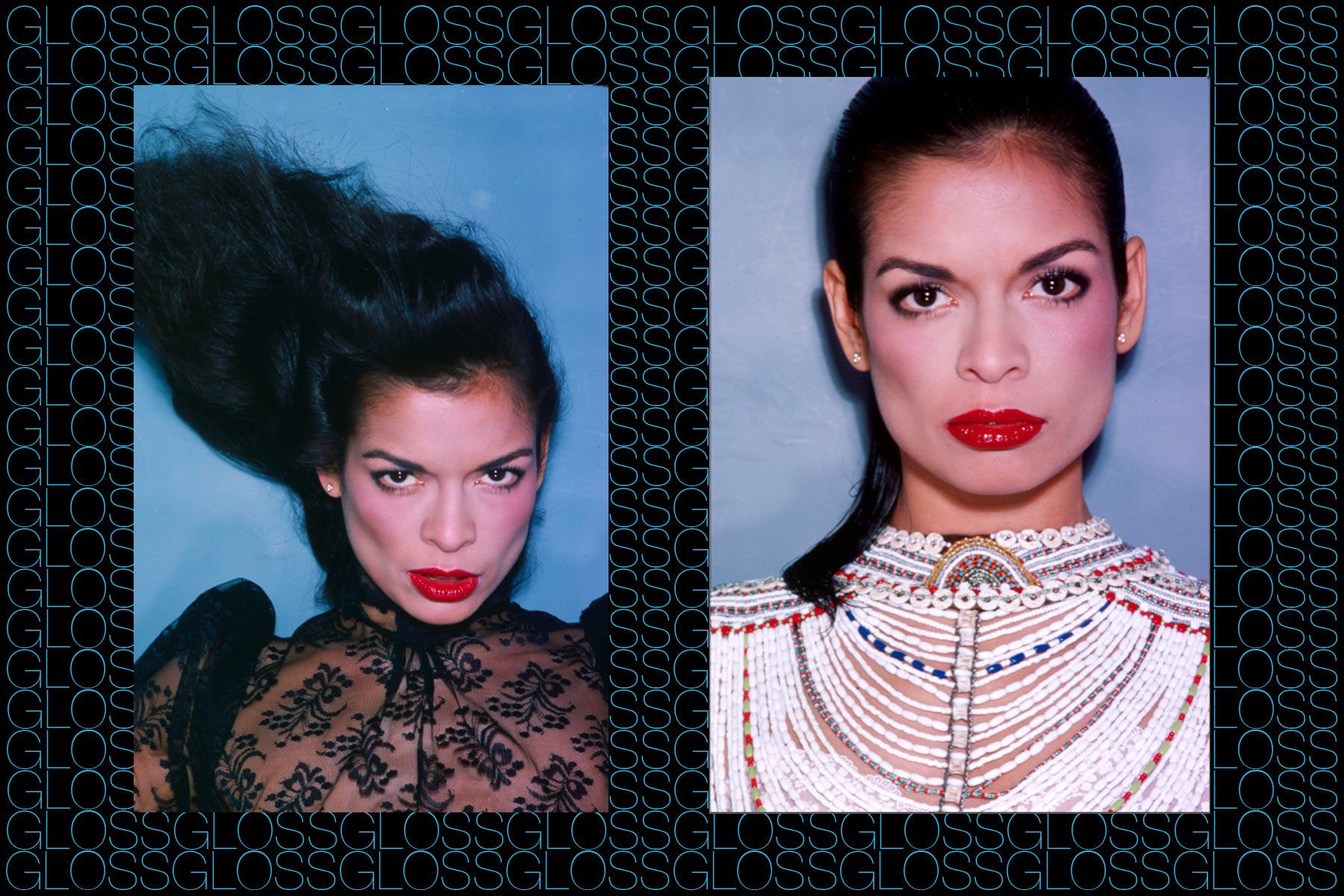 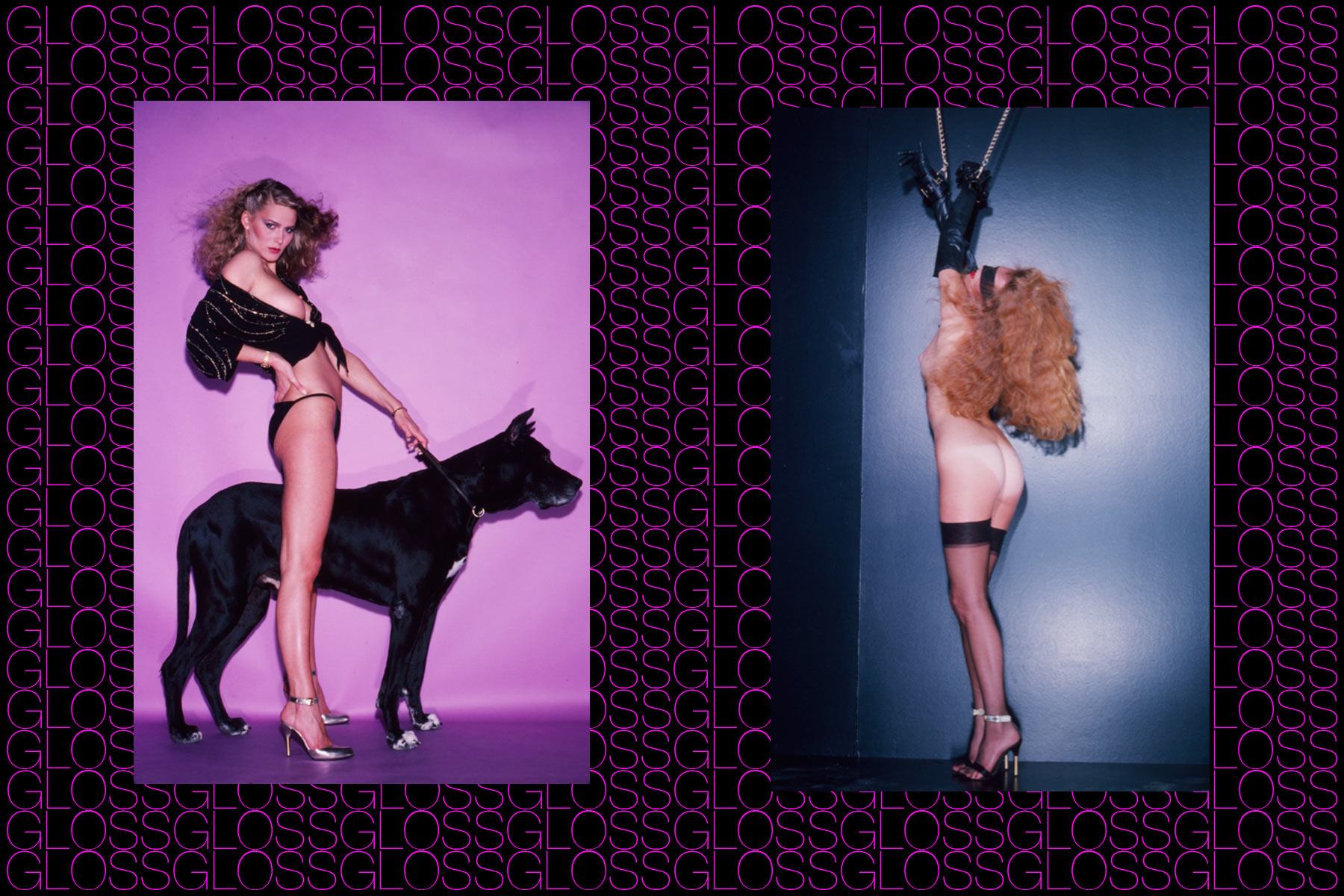 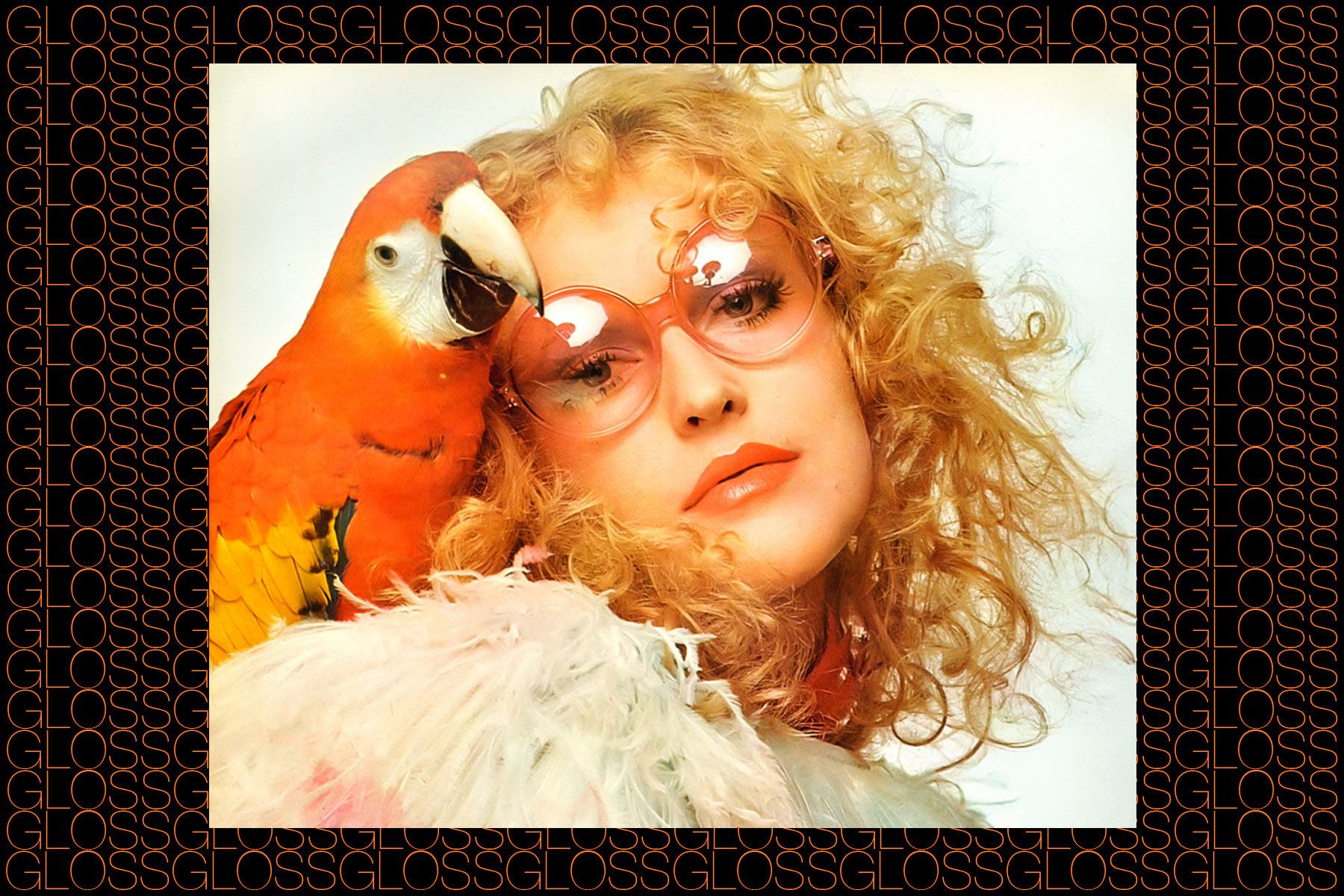 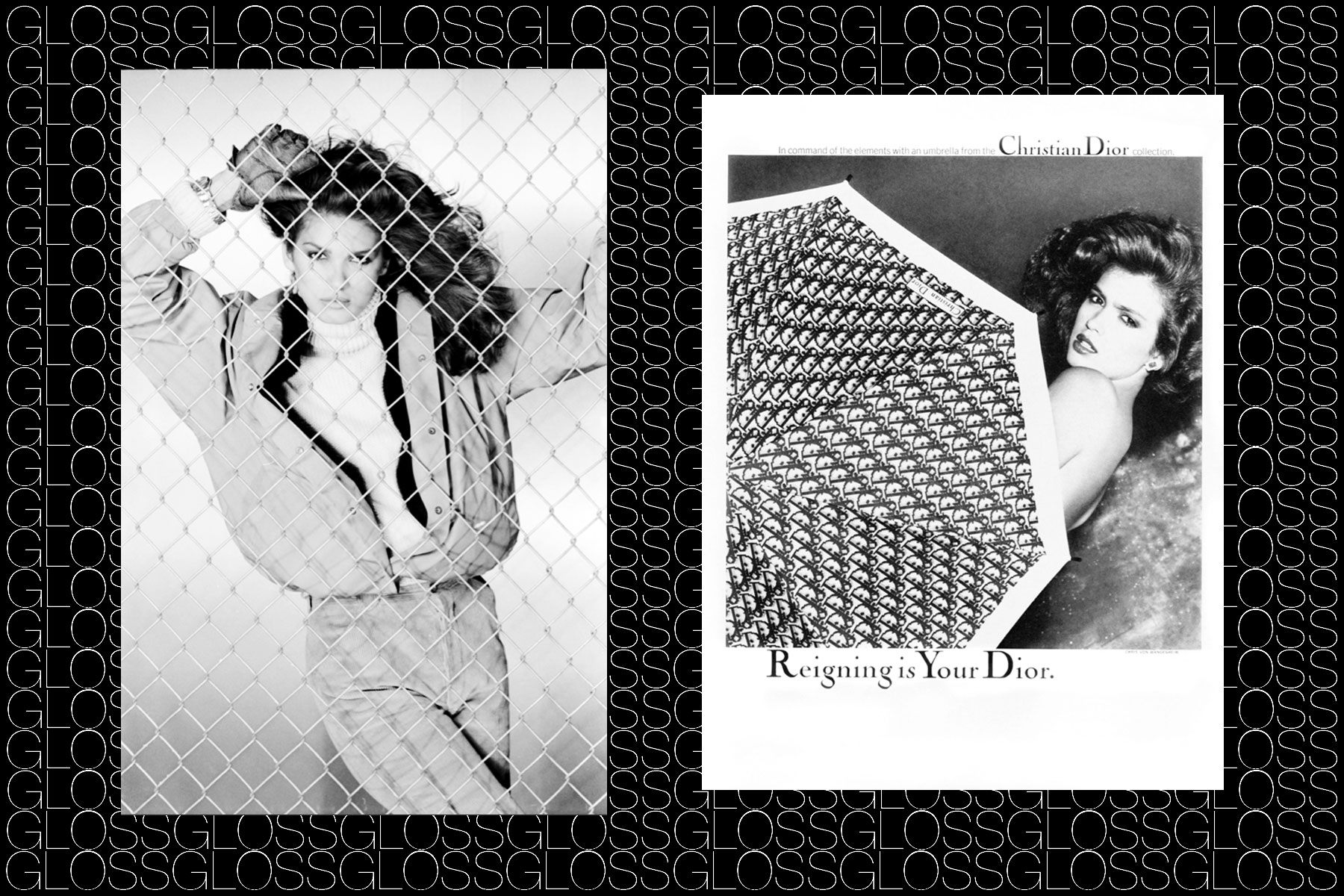 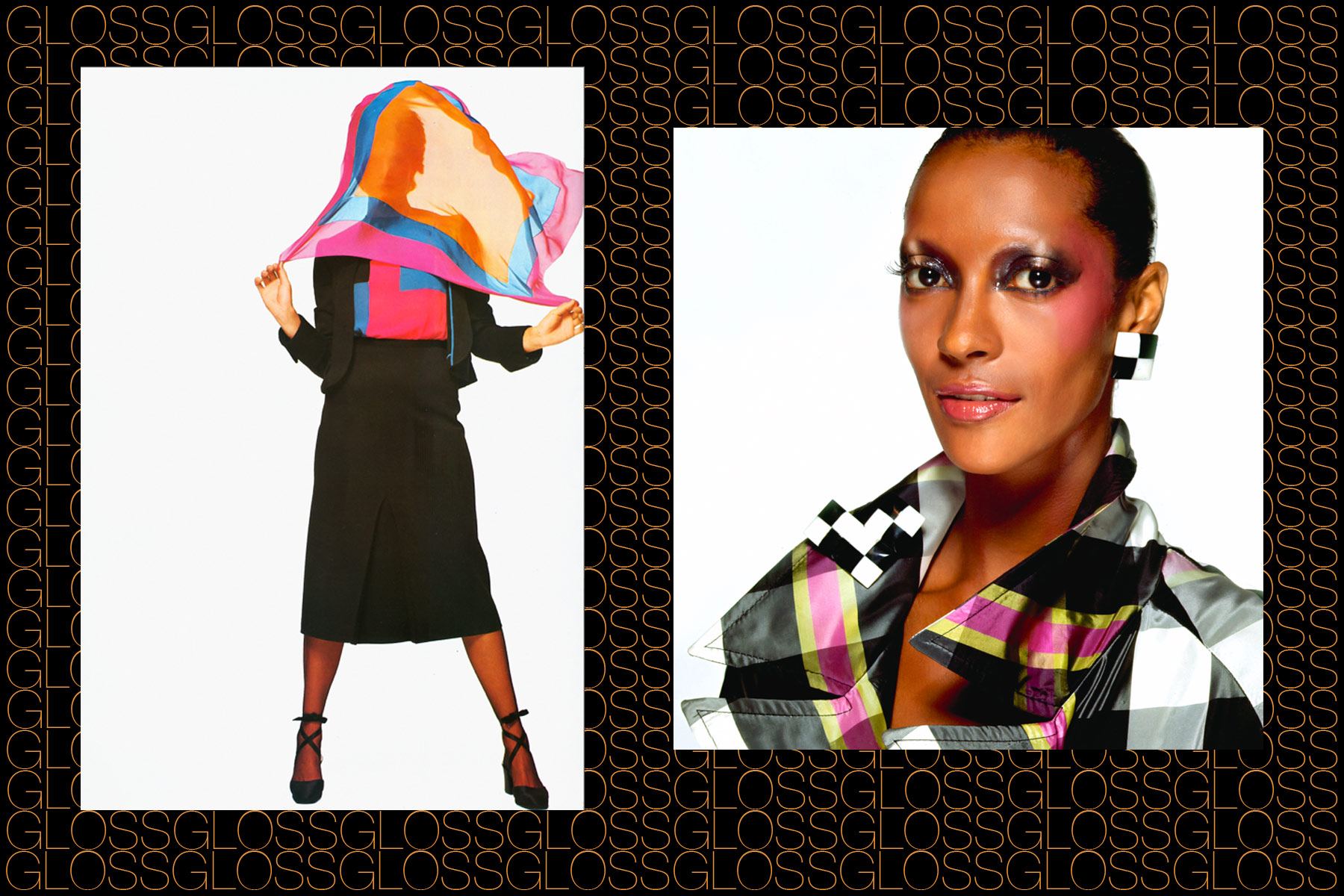 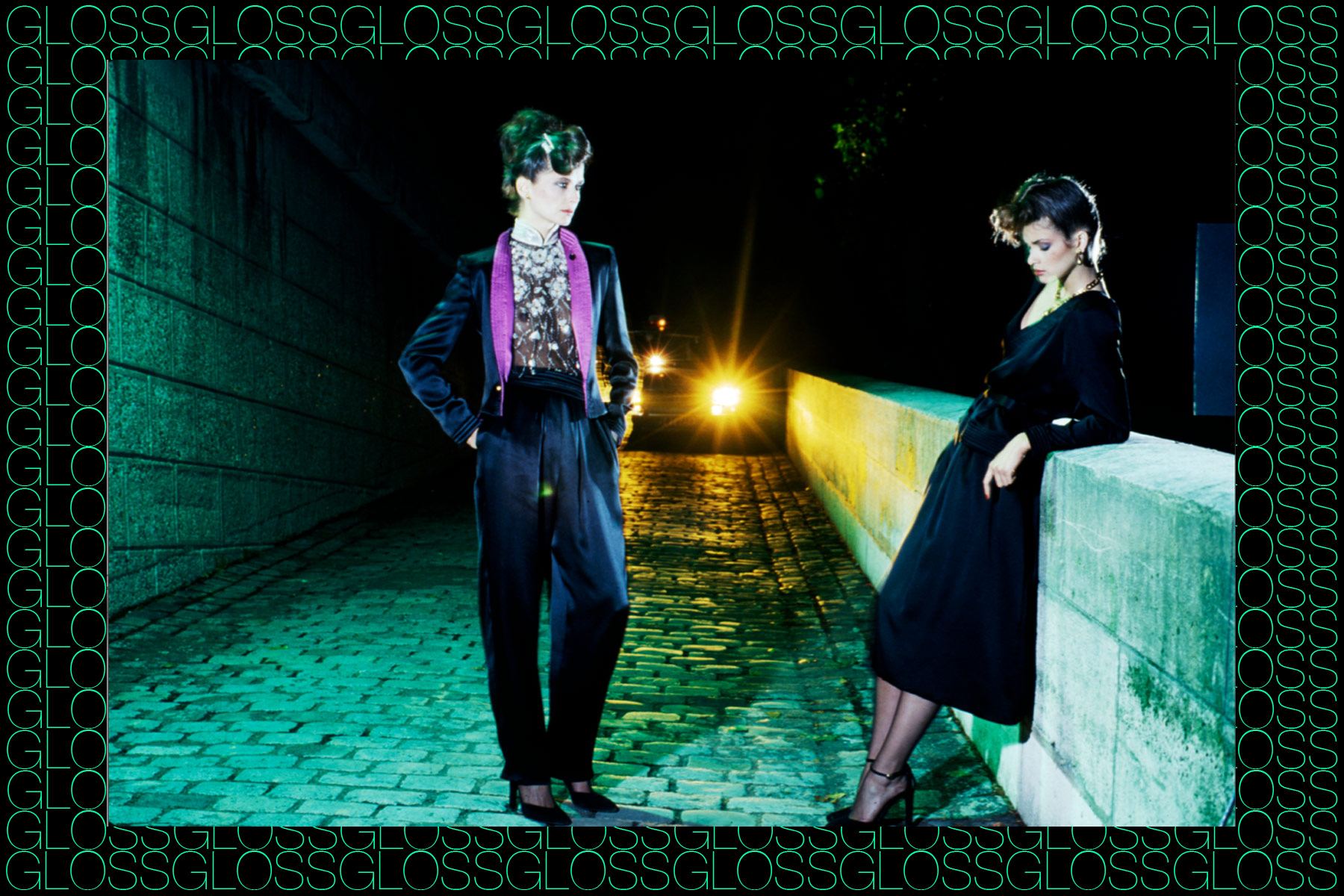 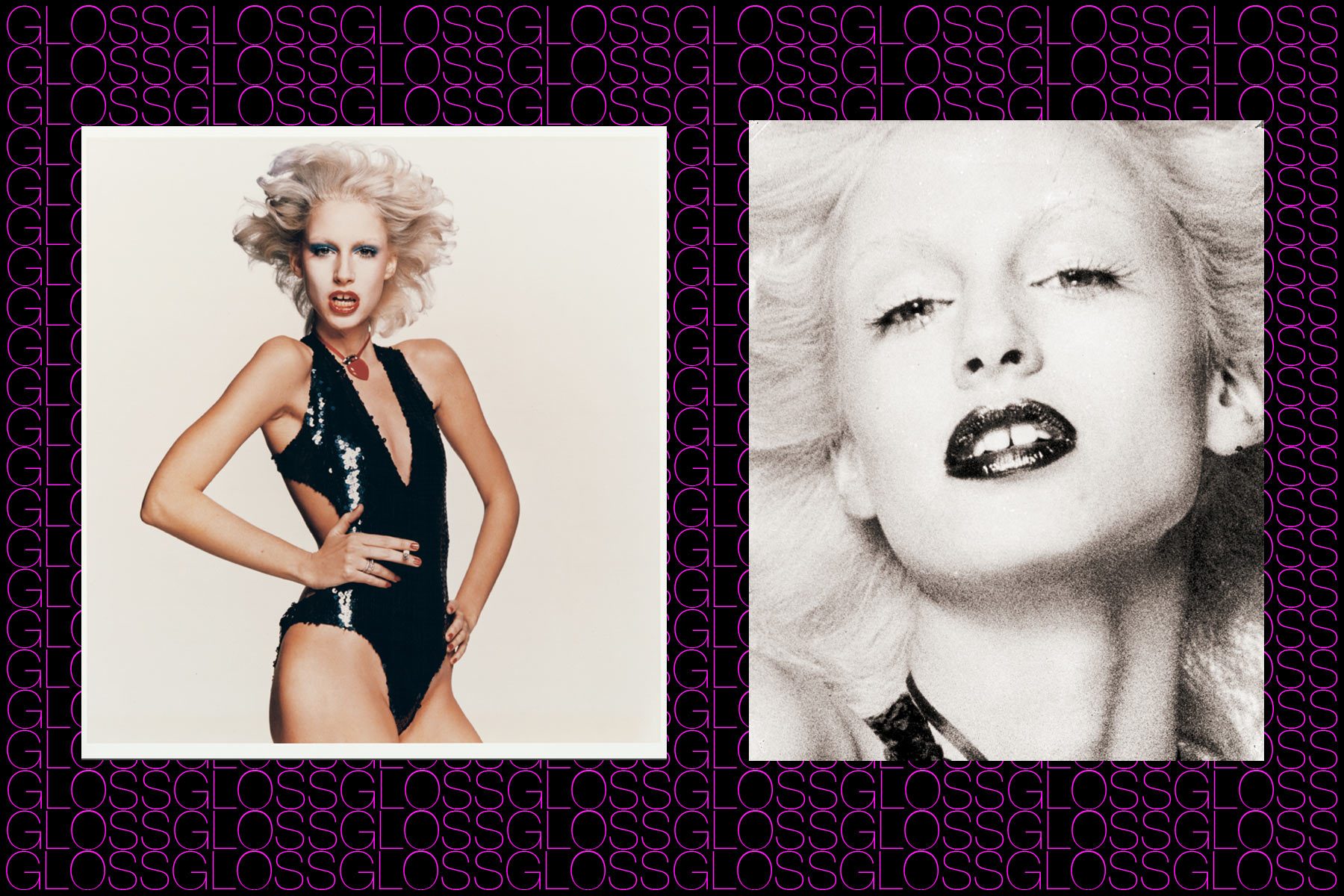 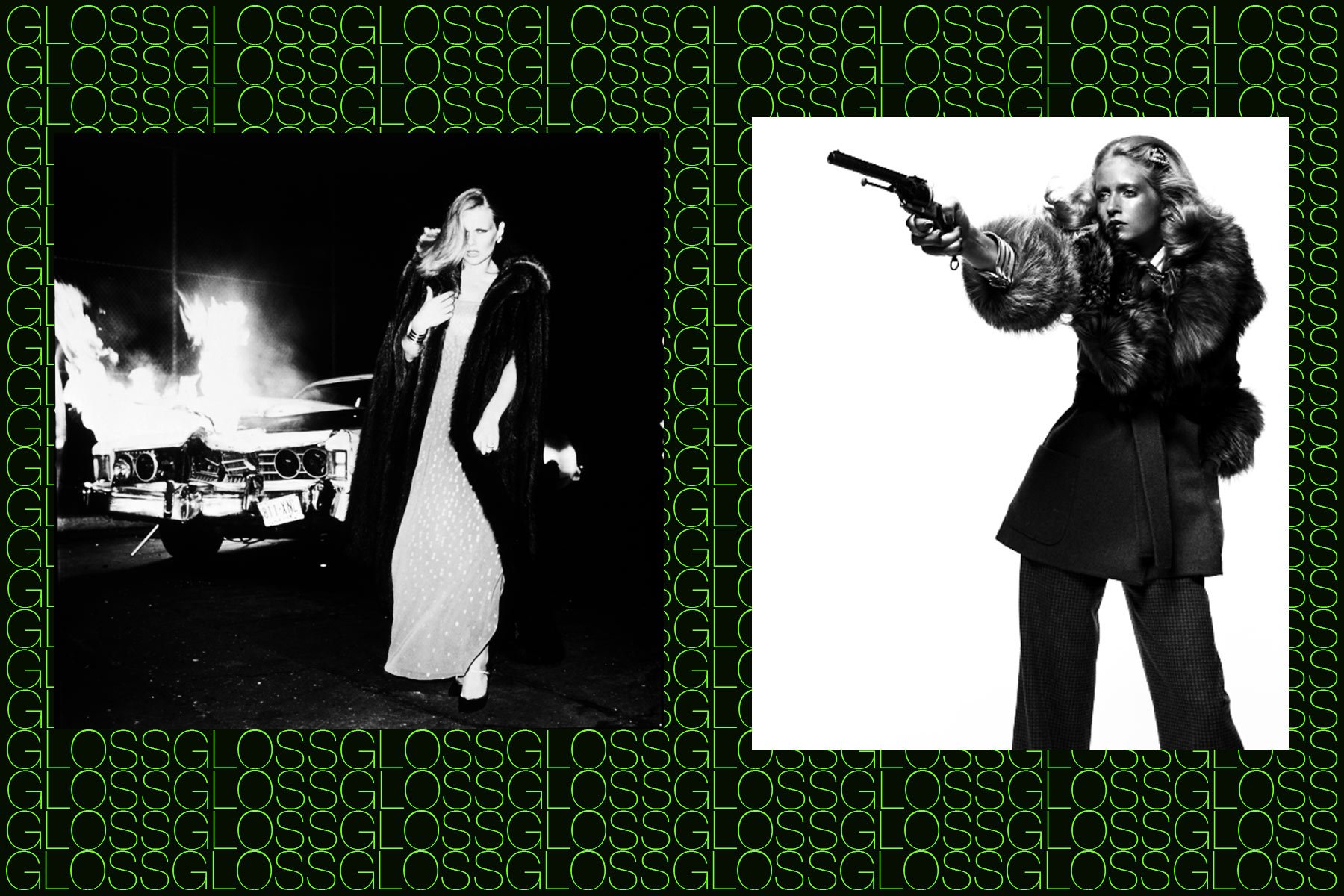 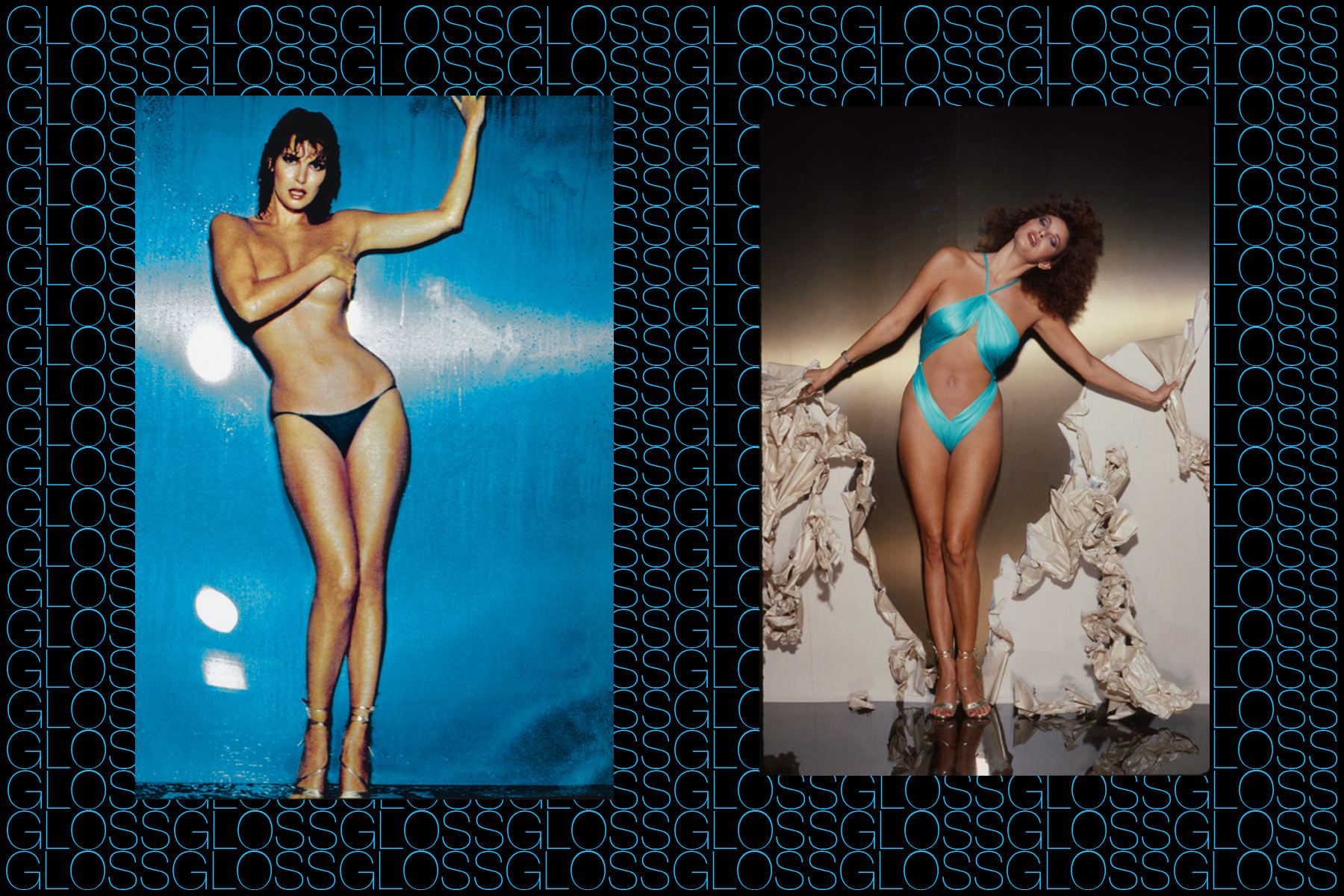 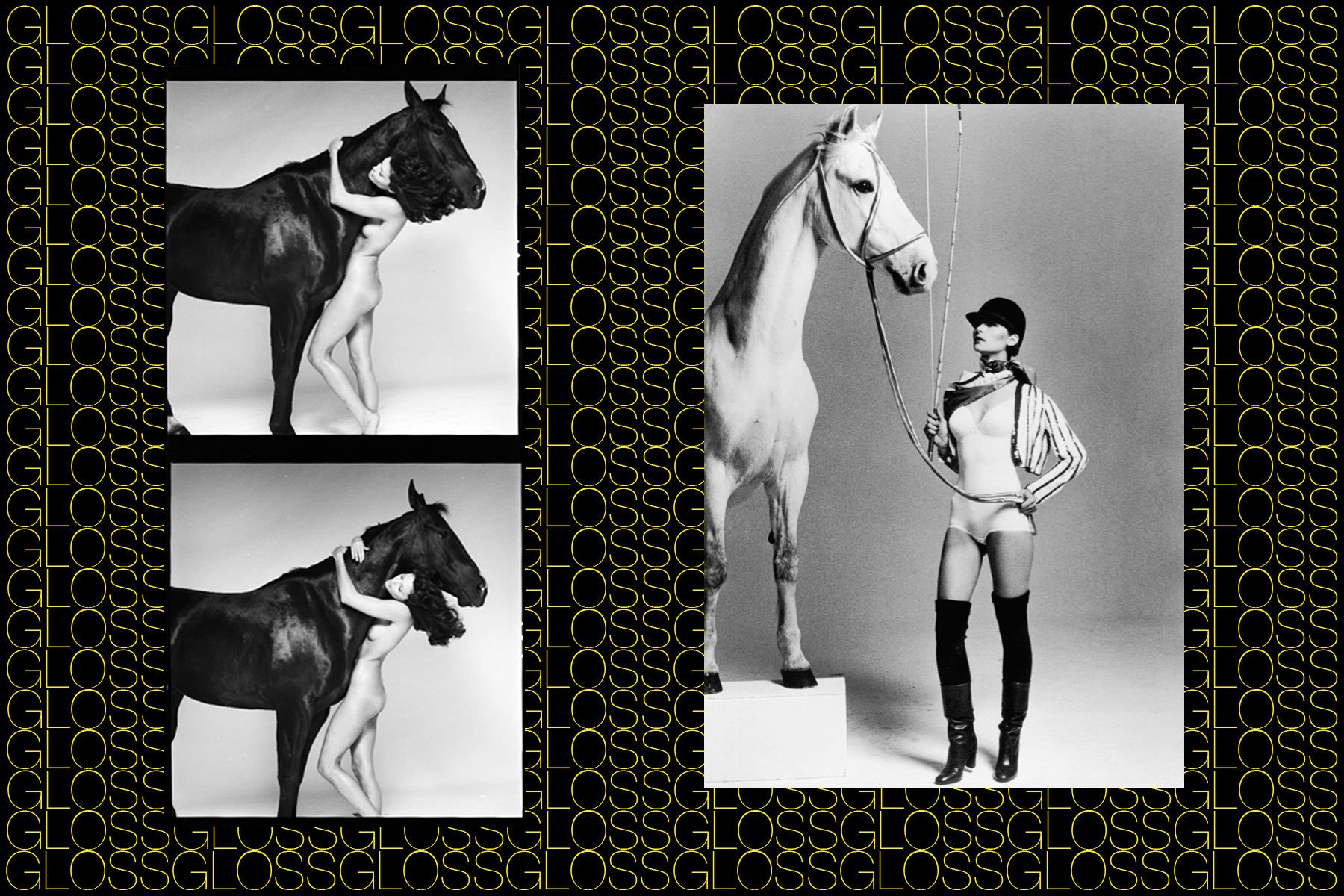 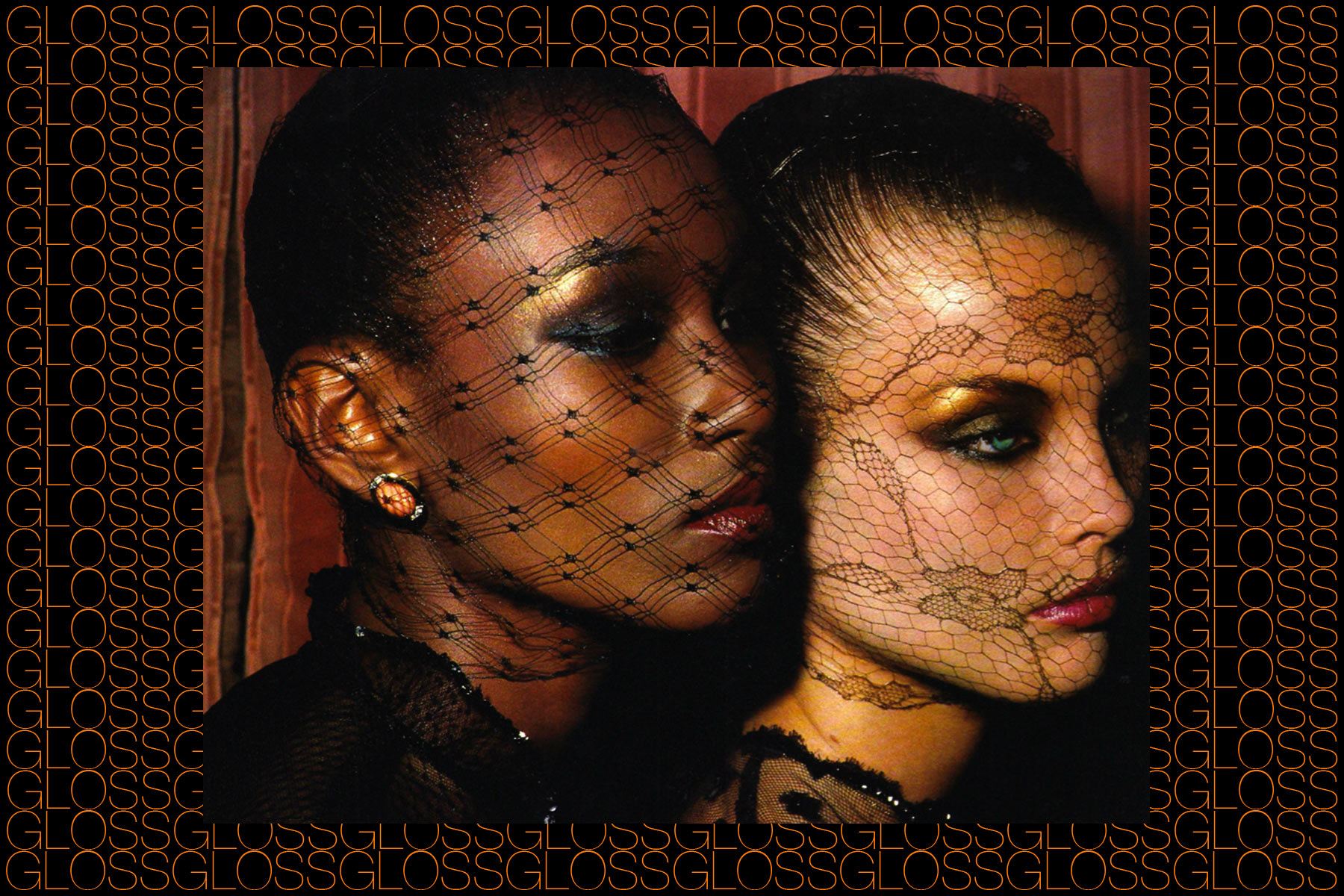 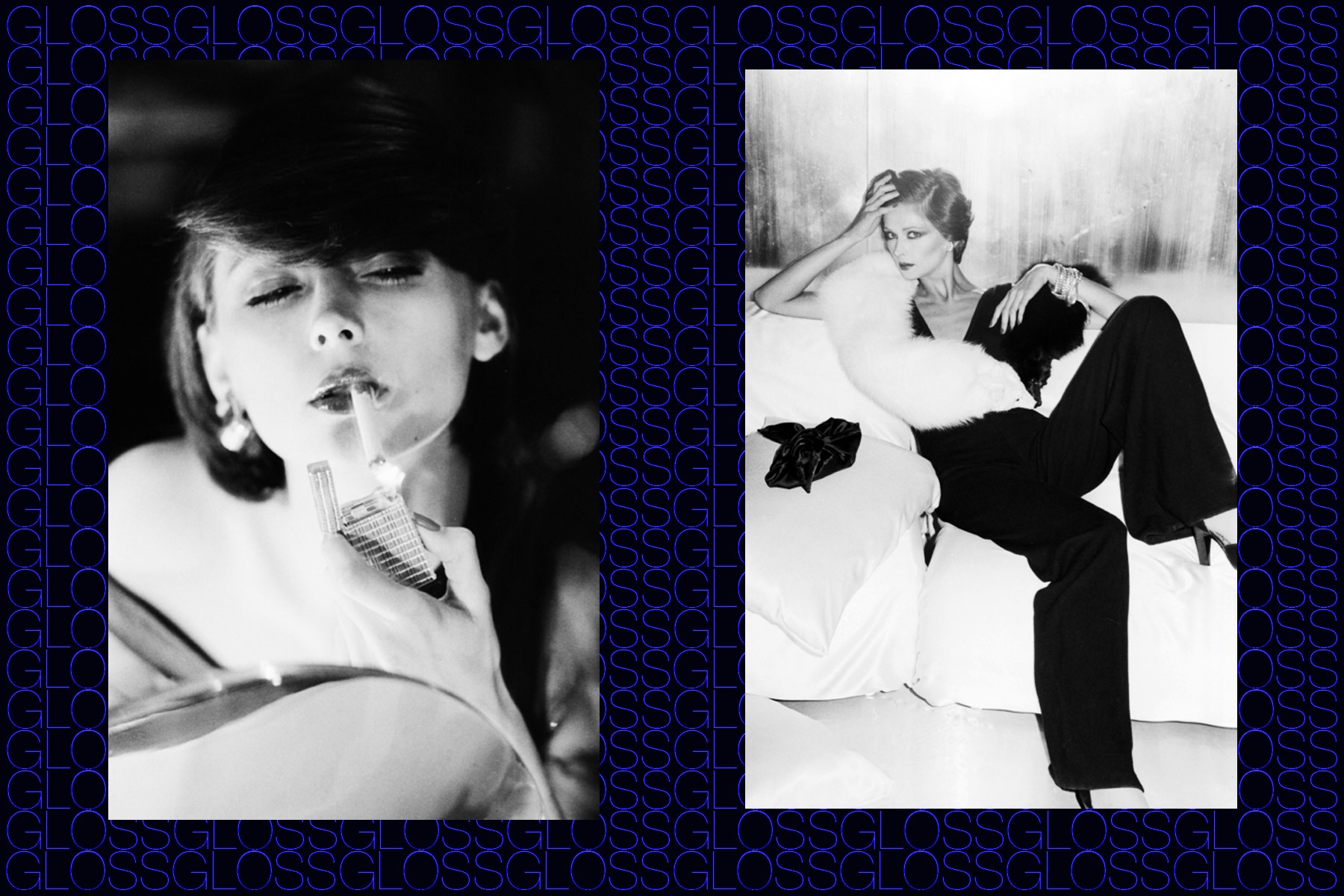 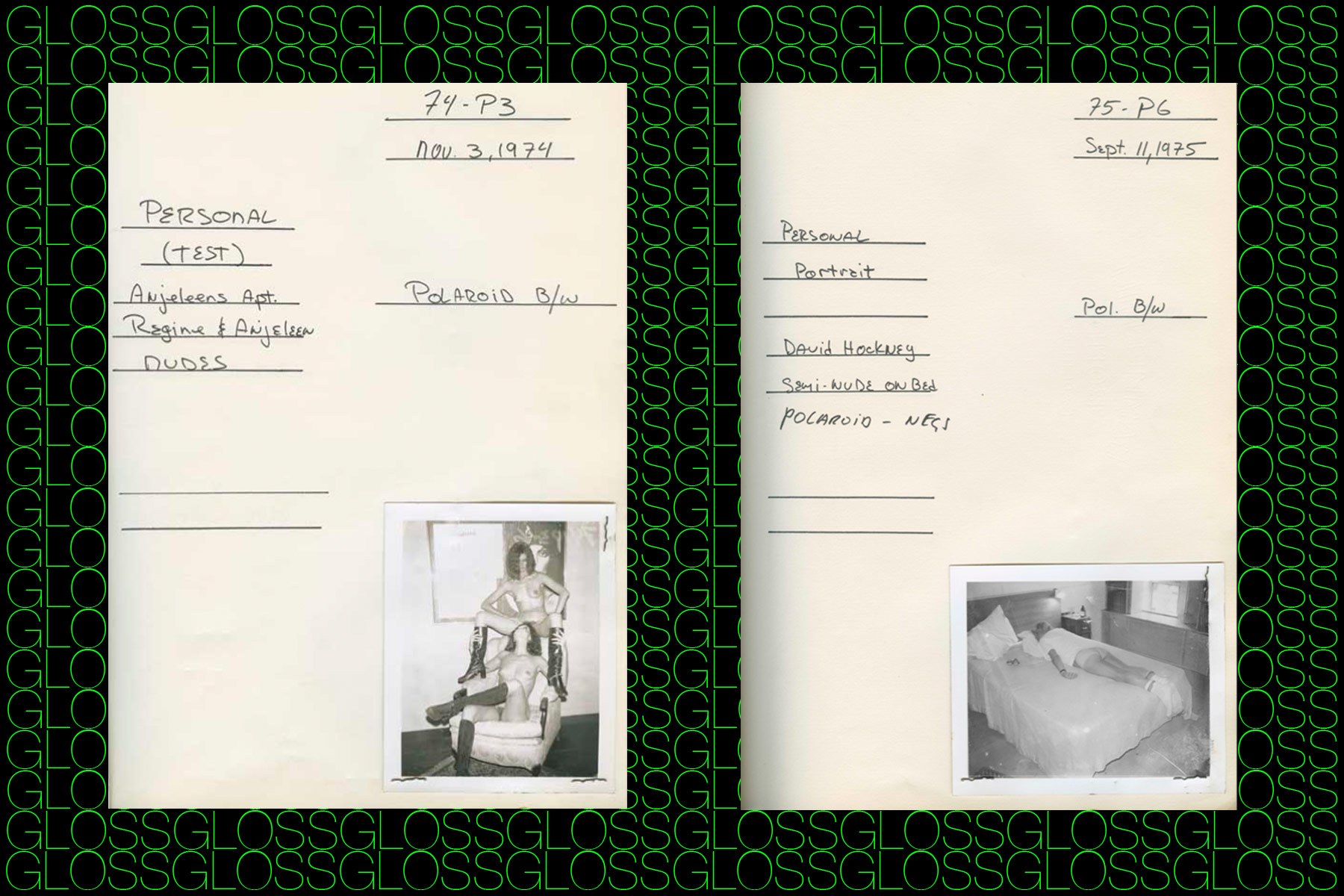 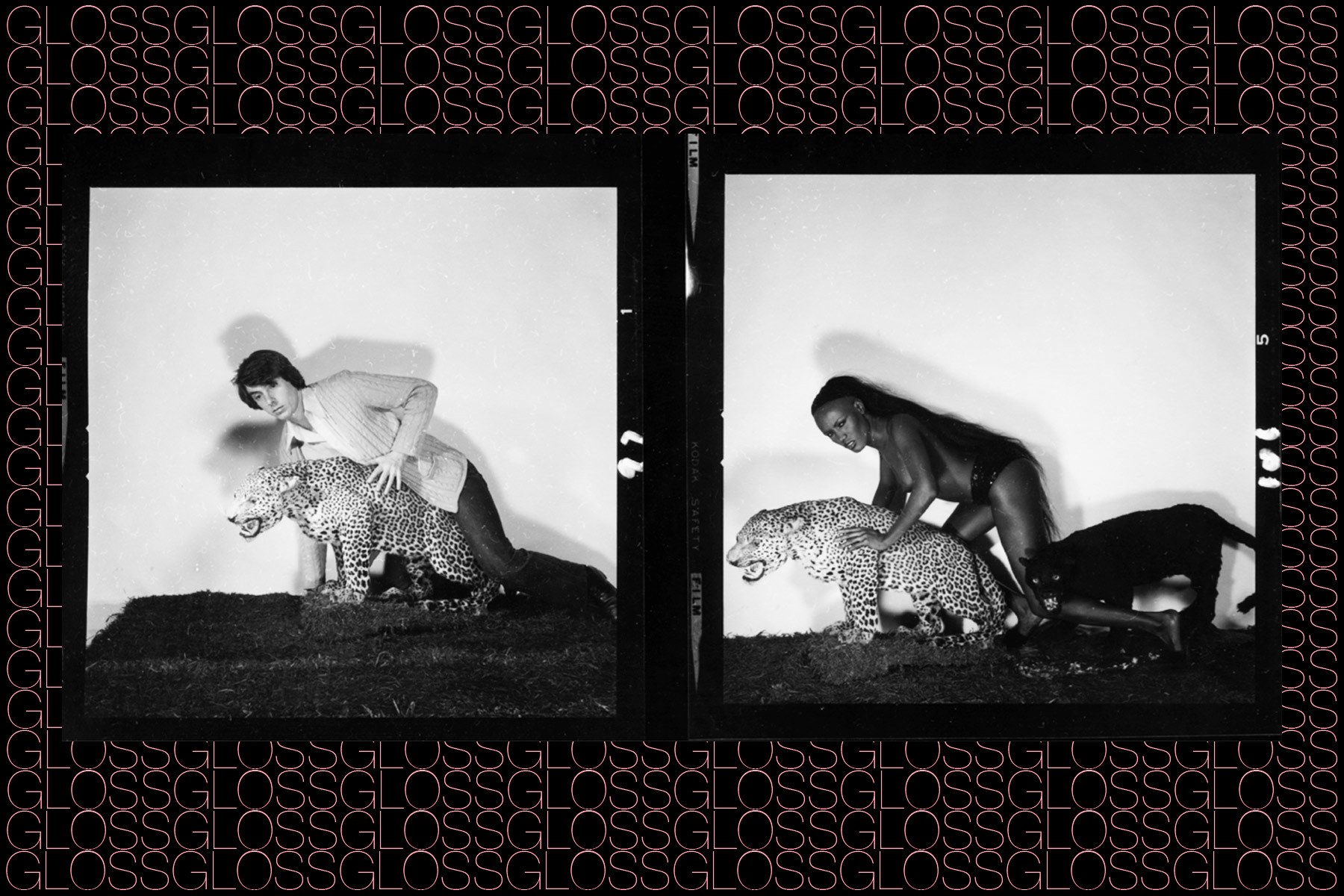 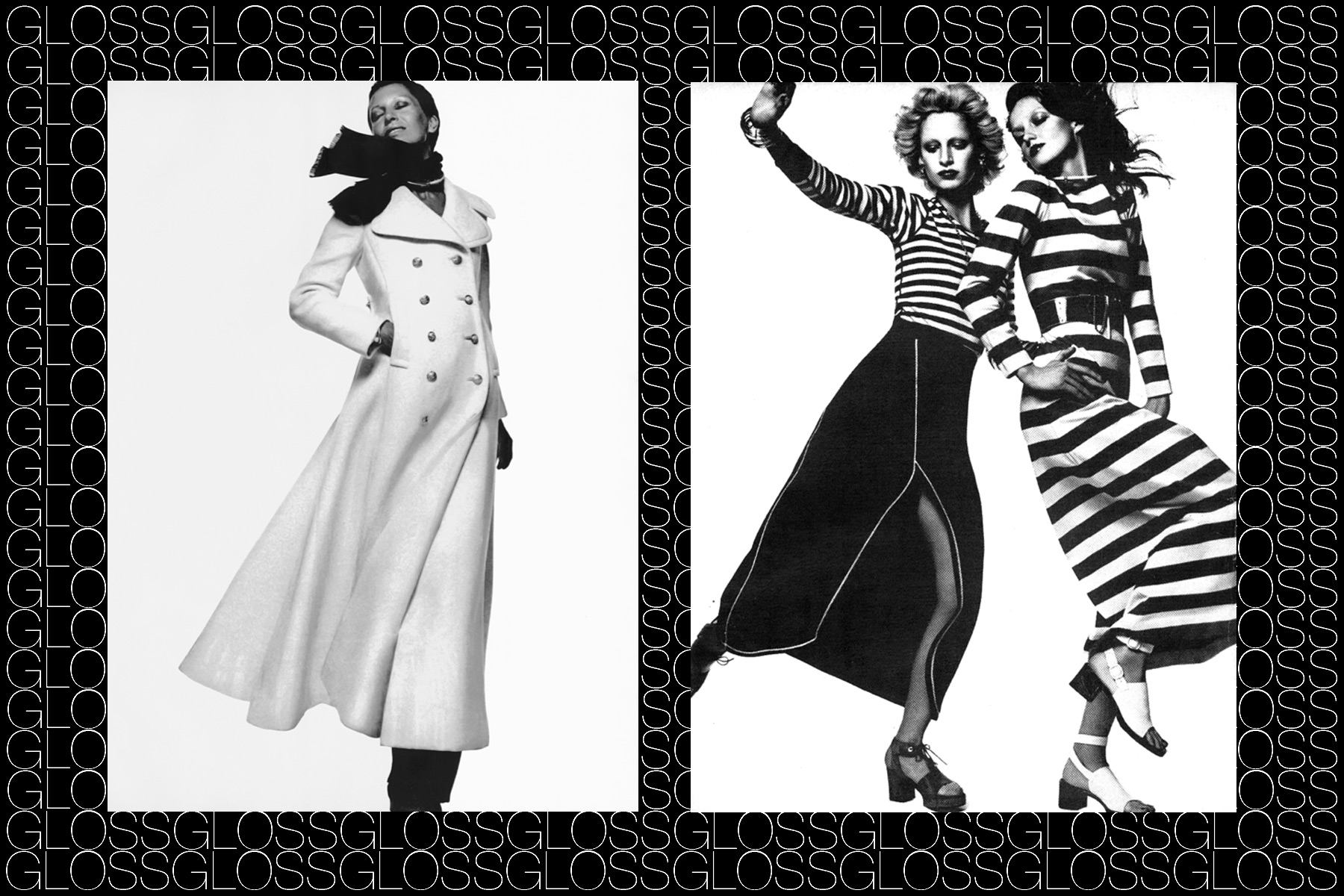 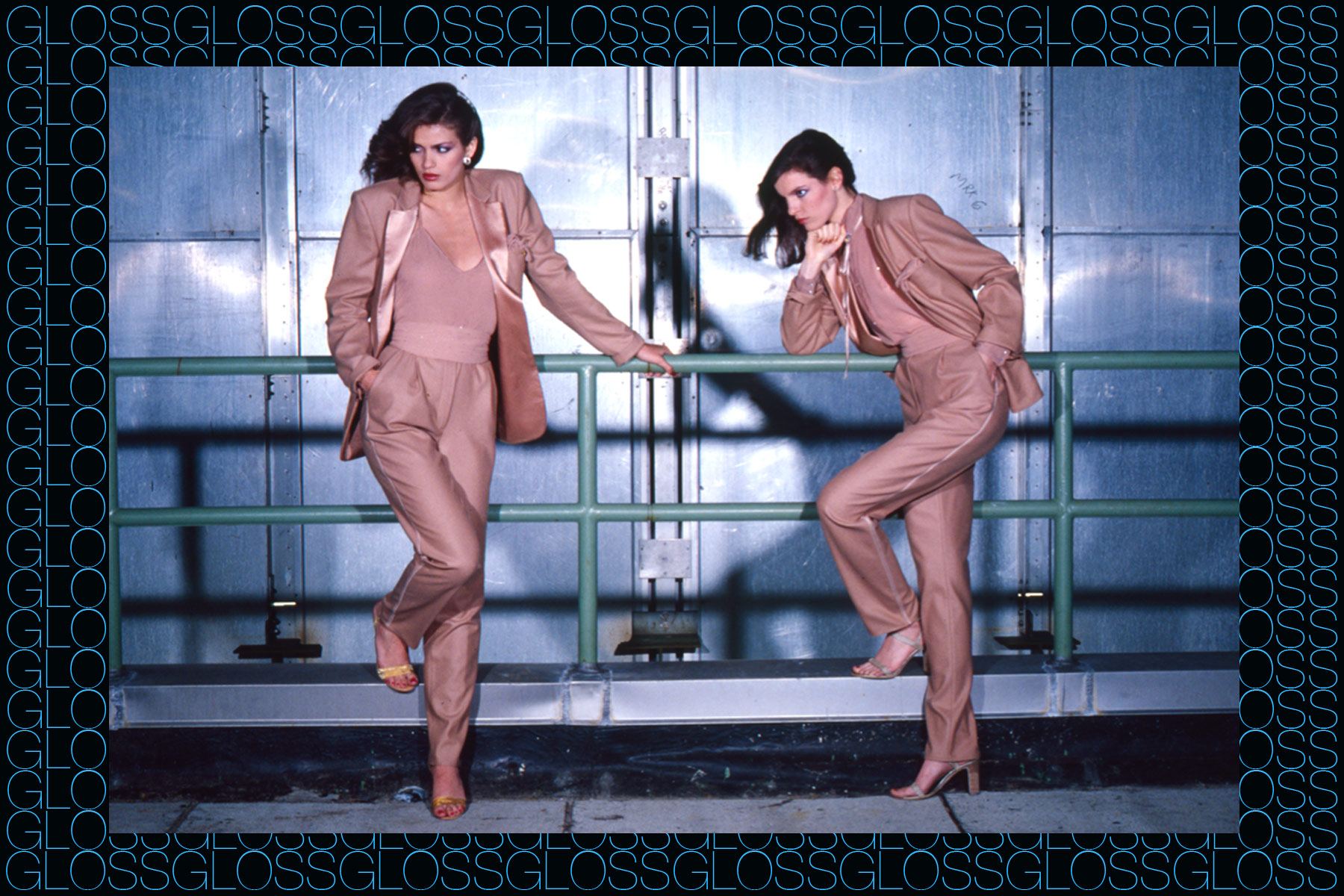 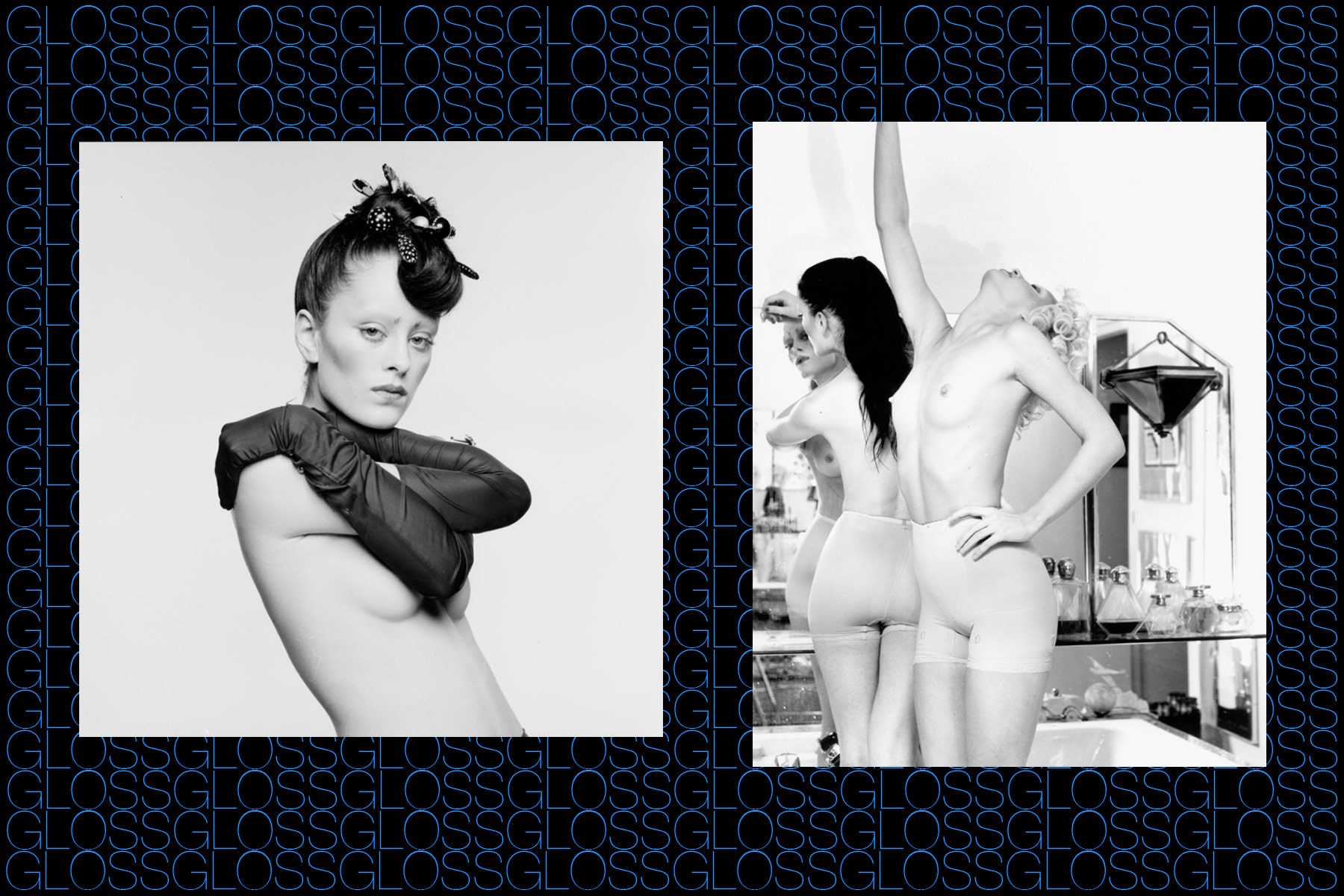 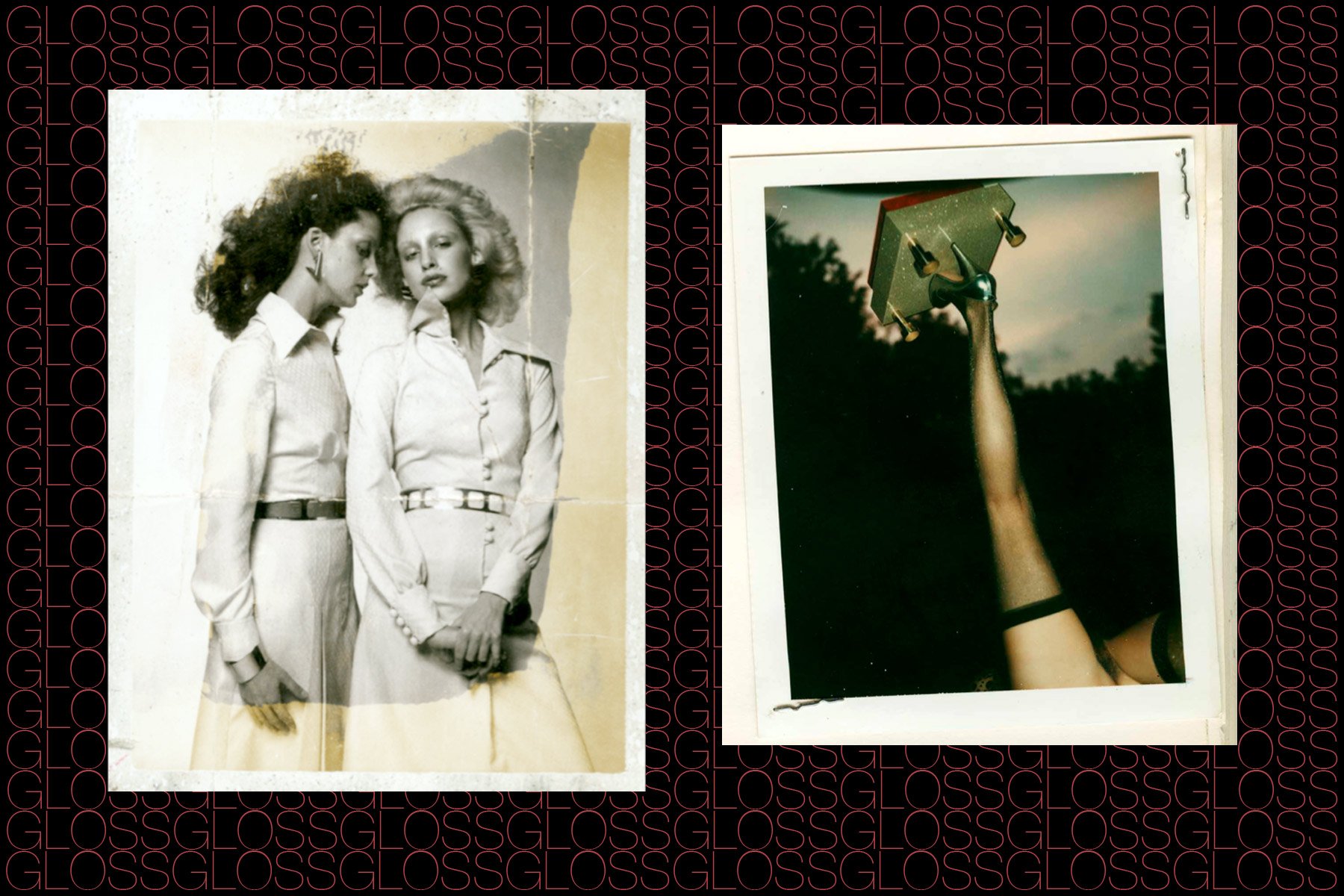 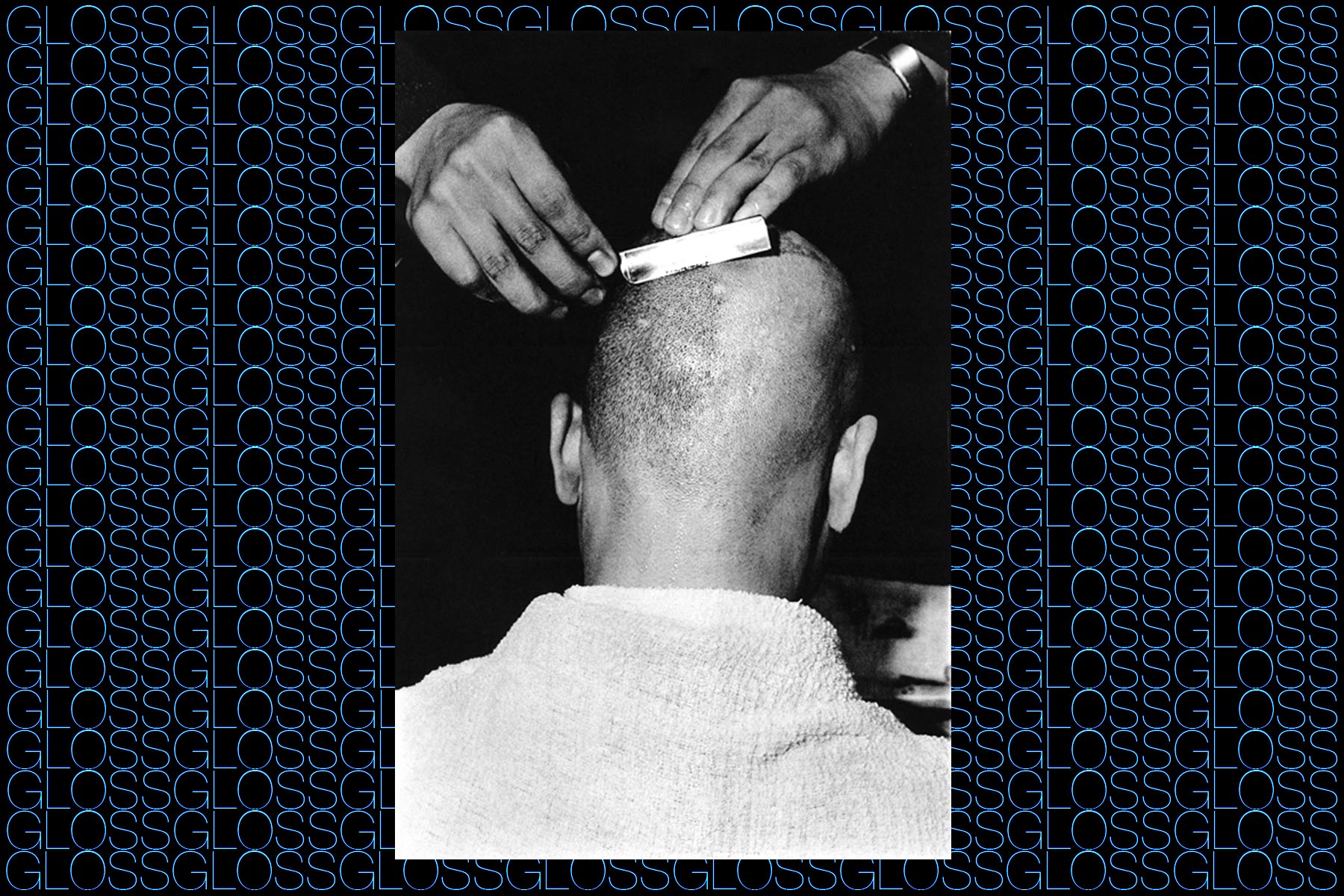 Roger Padilha and Mauricio Padilha, also known as the MAOS, are the talented brothers extraordinaire that we were delightfully fortunate enough to meet back in the late 1980’s, when the underage duo would sneak into the dark, trendy nightclubs of downtown New York City. These fashion obsessed siblings were always at each other’s side, dressed in head to toe matching black, constantly observing the hijinks of glamorous celebutants, club kids, drag queens, and, well, basically anybody fabulous and colorful that stood out, much like their idol Andy Warhol was known to do. And they always spoke knowledgeably and excessively about anything related to Andy, be it the Factory or Edie Sedgwick. This Warhol passion cultivated their love for cutting edge fashion designer Stephen Sprouse and his punk, yet sophisticated, day-glo designs.

This brilliant duo has run the gamut in the world of fashion and PR–from working for Perry Ellis, designing a collection, running a very unique and ultra-hip fashion PR showroom representing talented young designers, to the creation of Mao Magazine.

Years later, the Padilha’s would have their first successful publication with high-end book publisher Rizzoli, on none other than Stephen Sprouse! This visually stunning printed matter was a missing piece in the world of fashion documentation. Their magnificent follow-up book a few years later was on Antonio Lopez, the somewhat forgotten, yet extremely visionary illustrator/photographer.

PONYBOY:  We’ve always found it rather odd that brilliant fashion photographer Chris von Wangenheim never had a book of his incredible body of work. His death was over thirty years ago! What brought him to your attention as far as publishing a book?

ROGER PADILHA:  We have always loved his work and the fact that it seemed unavailable to the public outside of seeing his work in vintage magazines just added to that allure and mystery surrounding him.

He didn’t get that treatment that so many artists receive after their deaths. He just seemed forgotten, except for a small group of fashion photography insiders, and this made us even more determined to do a book on him.

MAURICIO PADILHA:  His wife, Regine, got the rights to his archives when he died and she was more preoccupied with raising a daughter than tending to her late husband’s legacy, which is totally understandable.

We had tried many times to get the rights to tell Chris’ story and now that his daughter is grown and has children of her own, they were finally open to the idea.

PONYBOY: Von Wangenheim had such a dark side, one might say even bolder than the two other notable fashion photographer’s of the 1970’s, Helmut Newton and Guy Bourdin. It’s very prevalent in his imagery. What are your thoughts on this?

ROGER PADILHA:  Chris’ work definitely has an edge, whether it’s a sexual or a violent one, that really reflects the times he was living in, especially in New York. The sexual revolution was in full swing and New York City was ravaged with crime and violence, so it seems to make sense that his pictures address a lot of these issues. Some of his scenarios come right out of the day’s headlines, just with prettier models and clothing.

PONYBOY:  He took chances with his work, which was somewhat risky back in the 70’s with top fashion magazines and advertisers. Two of the most iconic images that come to mind are Supermodel Gia Carangi with the chainlink fence, as well as the Dior ad with the doberman pinscher clenching onto model Lisa Taylor’s wrist.

MAURICIO PADILHA:  Some of his images would have trouble getting published today! But, somehow he was able to really push the envelope and get this work published forty years ago! It seems ironic that people are always talking about how advanced fashion photography is today, and while there are certainly some great photographers around, a lot of what is shocking people has been around for years.

PONYBOY:  Even though von Wangenheim was a top fashion photographer, it seems that Gia Carangi probably helped to bring him into the limelight. Many people might not have heard of Chris and his work, if it wasn’t for Gia’s highly publicized career as a high paid fashion model with a drug problem.

ROGER PADILHA:  I think it’s a double-edged sword. The movie on Gia with Angelina Jolie certainly created a new audience for her and those people started seeing Chris’ work, which is great, but the portrayal of Chris in that movie as the cliché’ sleazy, leather pants wearing, womanizing photographer couldn’t be further than the truth. Chris was an aristocrat and from the interviews we did with Lisa Taylor, Lois Chiles, and Christie Brinkley, we were told that his sets were highly controlled and professional.

PONYBOY:  What do you know about his personal life? Did von Wangenheim partake in the excesses of the fashion world of the 70’s with regards to sex and drugs?

‏MAURICIO PADILHA:  Towards the end of his career, we have been told that Chris had developed a drug problem that was hurting him professionally. He started losing a lot of clients in that year before he died. However, we have also heard that he was in the midst of leaving the fashion world and trying to concentrate on becoming more of a fine art photographer. It’s hard to know what would have happened, as he was in such a transitional stage in his career and life when the car crash ended it all.

PONYBOY:  We love that you chose superstar fashion photographer Steven Klein to write the forward to your book. Would you consider him to be the Chris von Wangenheim of our era?

ROGER PADILHA:  Absolutely. We feel that Steven is the heir apparent to the Chris von Wangenheim legacy and were thrilled when he readily agreed to write the forward. He is a huge CVW fan and wrote about how influential he is to his work.

PONYBOY:  Researching these fabulous personas in the fashion industry must be a thrill! Please tell us about your work/research process. What roles do you each play in the creative process?

MAURICIO PADILHA:  It’s fun, but also exhausting! Roger interviews and writes all the text in the books, and I edit and select the images. But, of course, these overlap and we both have a hand in every process.

PONYBOY:  You entered into the publishing world with the onset of the fabulous MAO magazine back in the early 2000’s. We read that because of the great feature that you did on designer Stephen Sprouse, you were approached about doing a book on him. Back then, did you ever think that starting MAO magazine would lead to your endeavors in the publishing world?

ROGER PADILHA: Never! And, what is so strange is that we both loved books as kids, but never thought of it as a career or anything we could actually do. We sort of jumped into the deep end of the pool with The Stephen Sprouse Book without any knowledge or understanding to what it takes to put a book together. This probably worked in our favor, because if we had known how tough it was, I’m not sure we would have done it! But, we both really love the books, they are a great way to get our creativity out there, as well as educate and spend time with our favorite artists work.

PONYBOY:  This is your third book with Rizzoli. Do you get approached with offers from other publishers to work on books? And, do people approach you with book proposals on other personalities in the fashion world?

MAURICIO PADILHA:  Its tough to do a book on someone you don’t already love or appreciate. It takes a good three years from start to finish to do a book, so you really have to be obsessed with a subject because you are going to be thinking, writing, and editing that artist 24/7! We are always open to suggestions for other books, but haven’t found anything that way, that would make us want to commit to a book yet.

PONYBOY:  We hope there are plans for many more fashion books in the future from the fabulous MAOS! 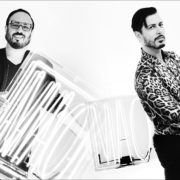 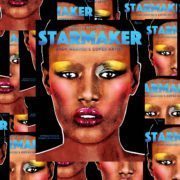