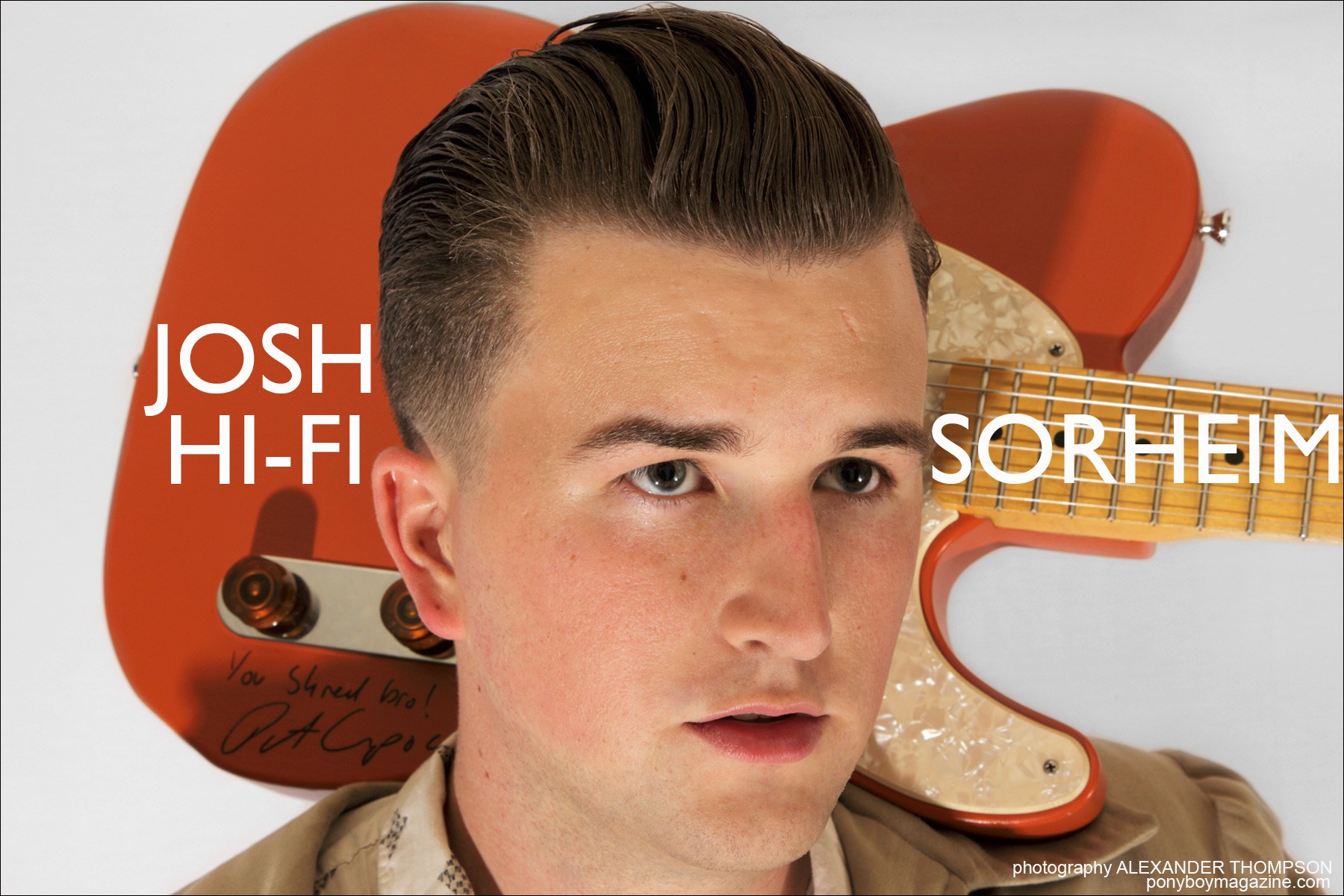 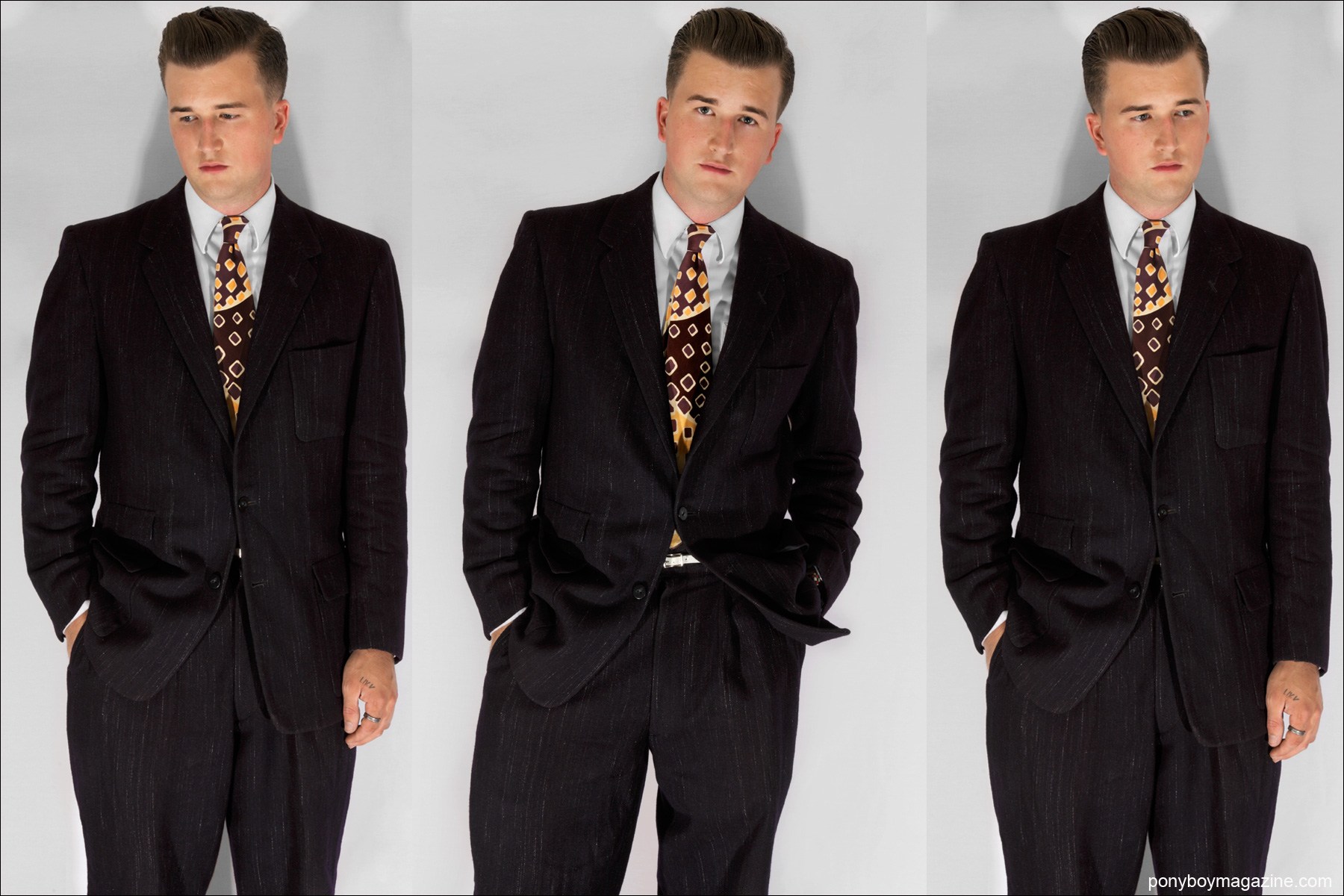 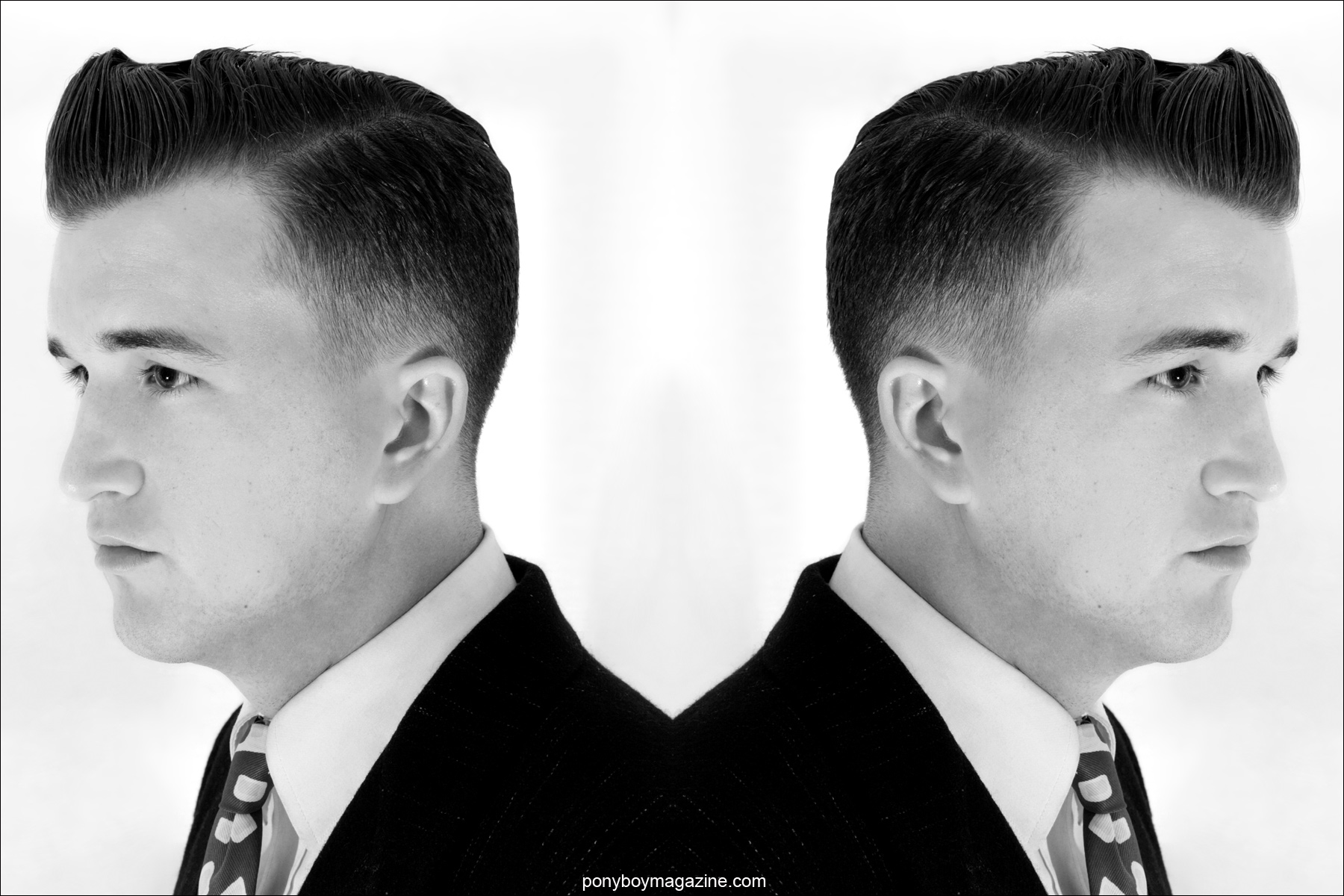 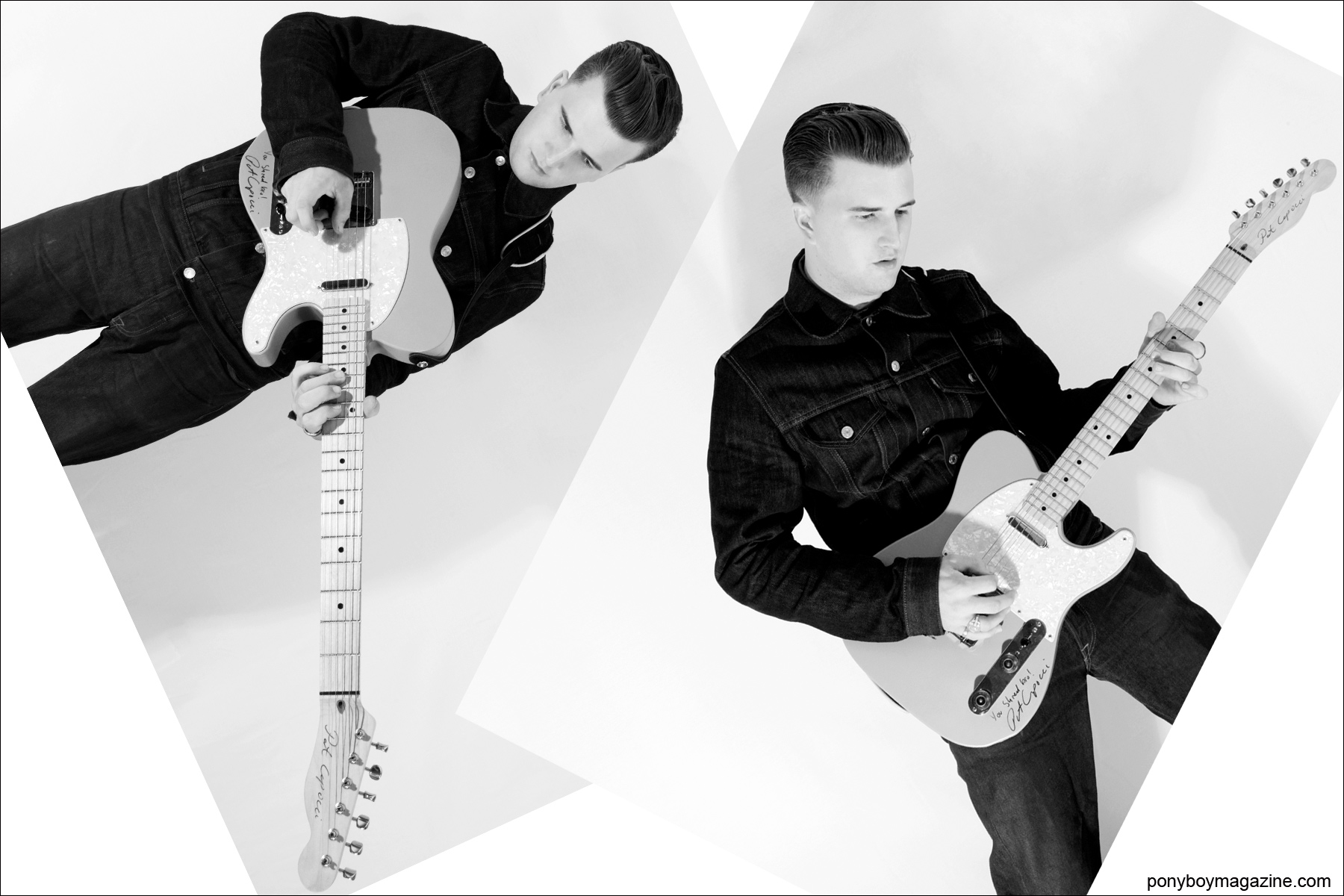 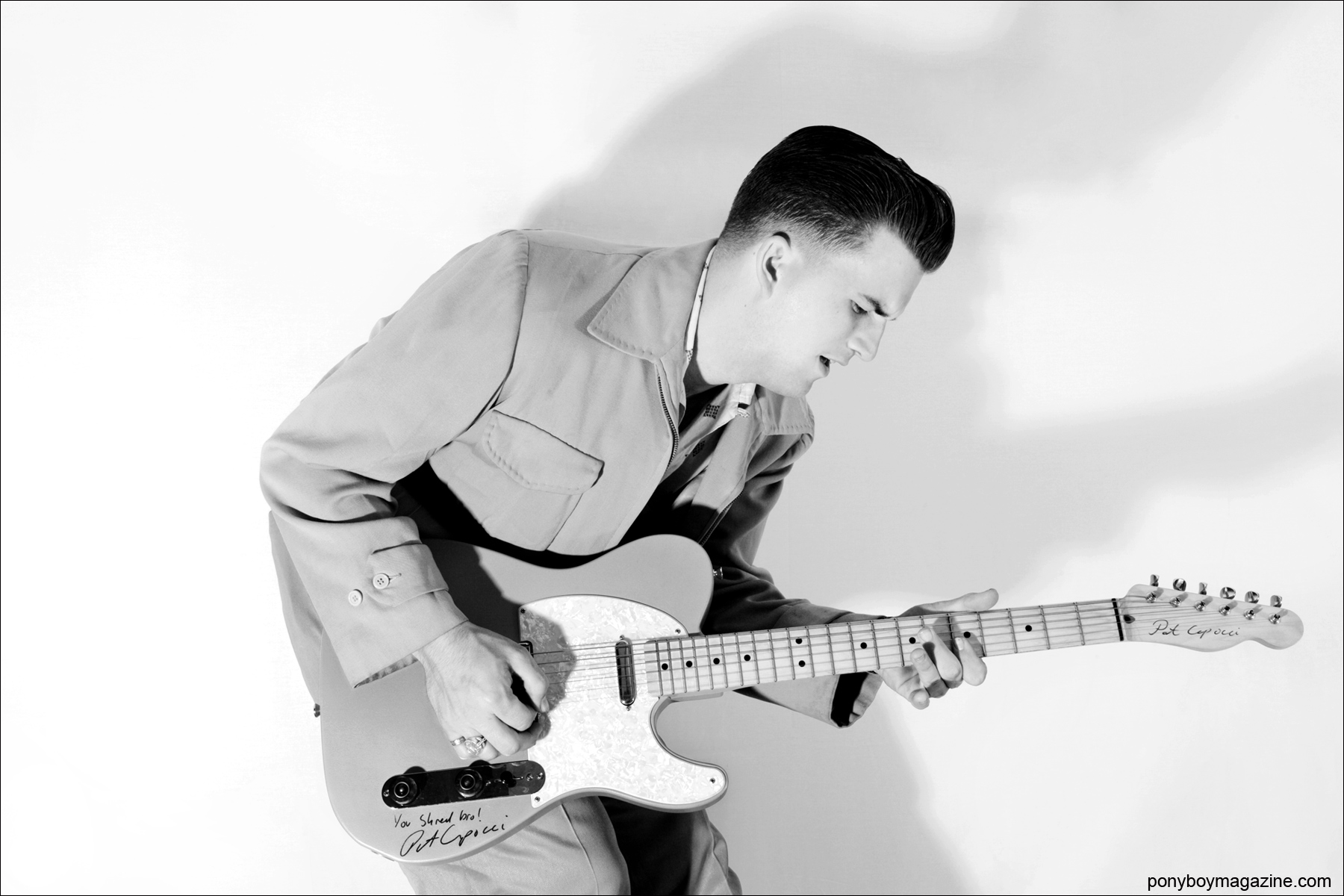 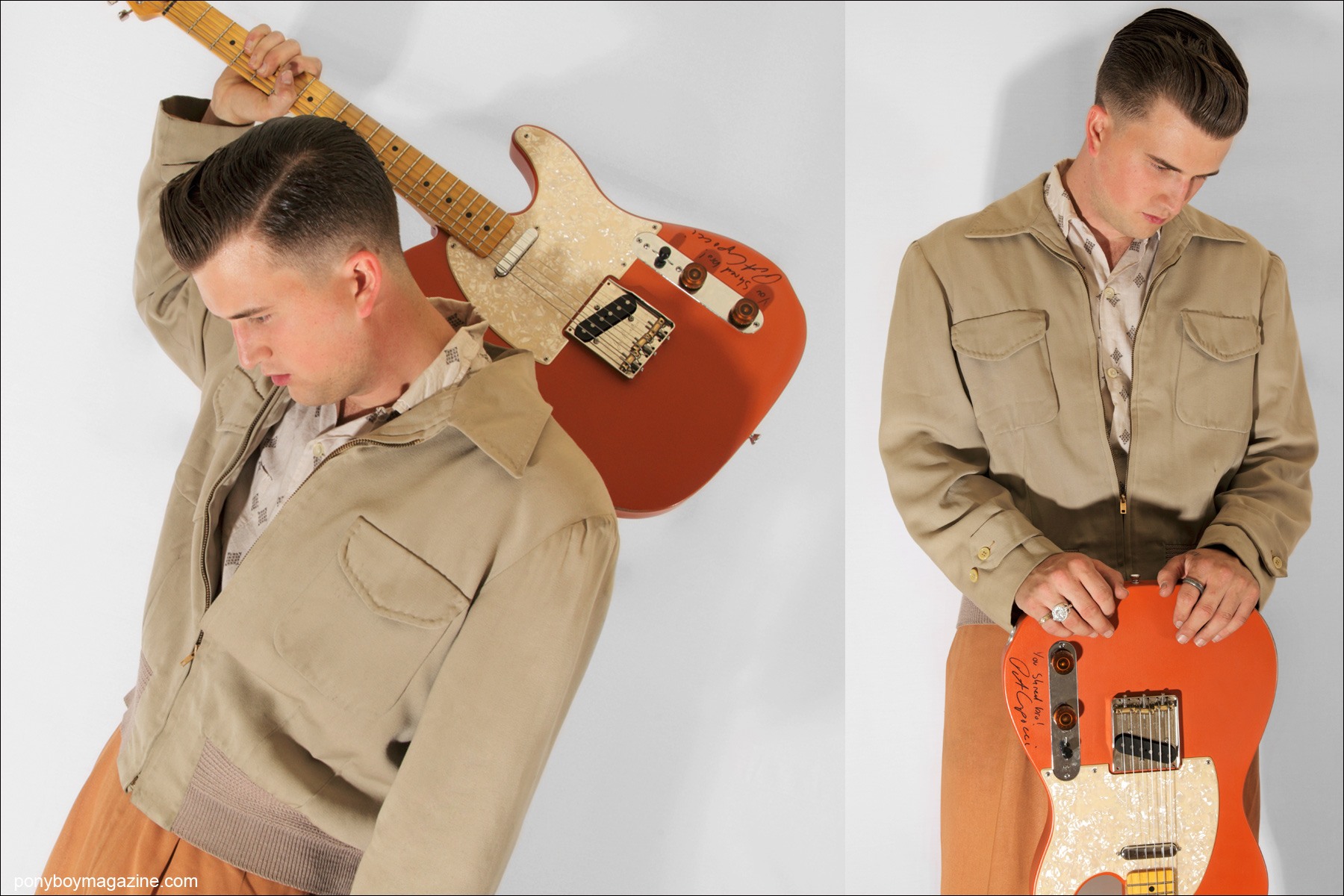 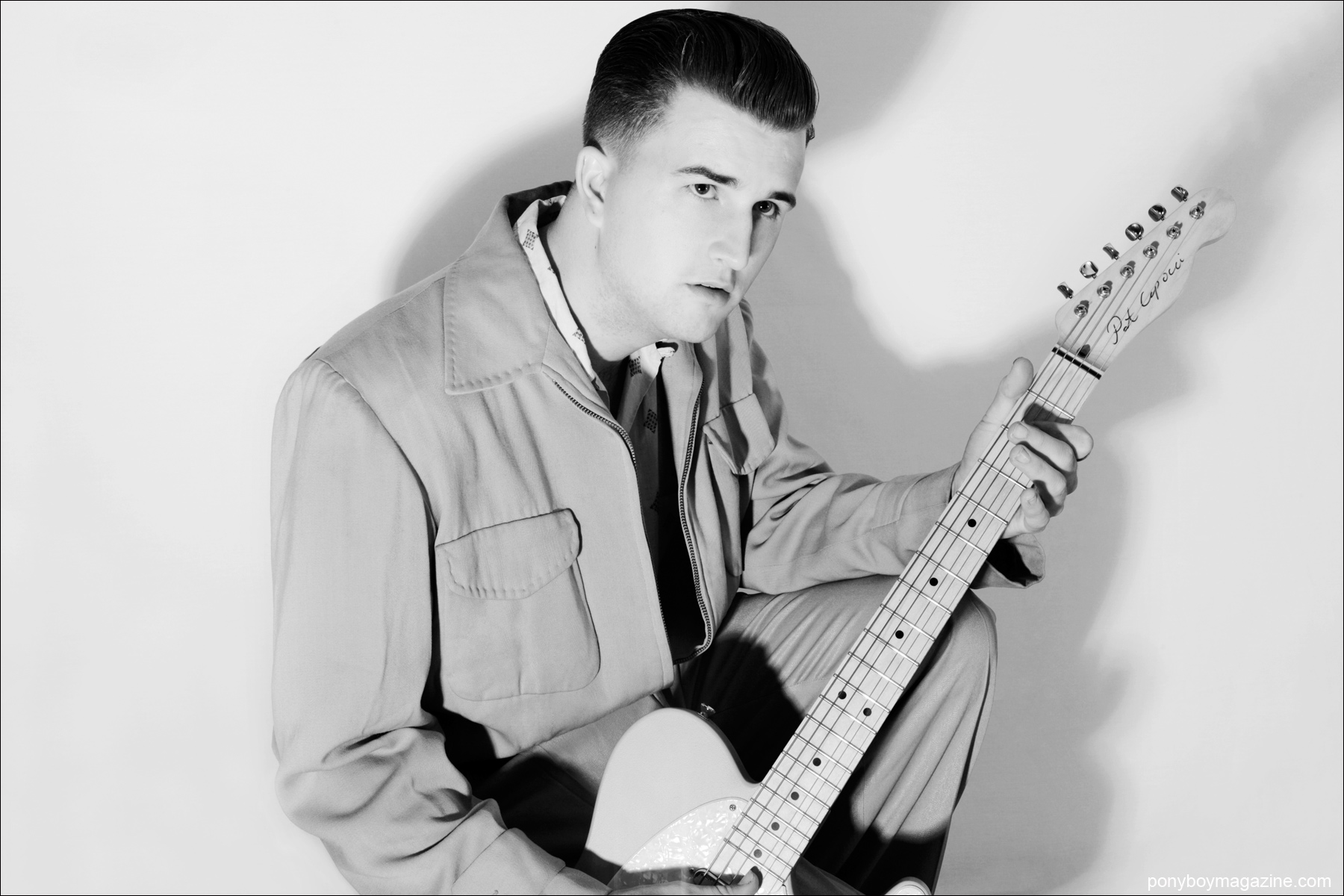 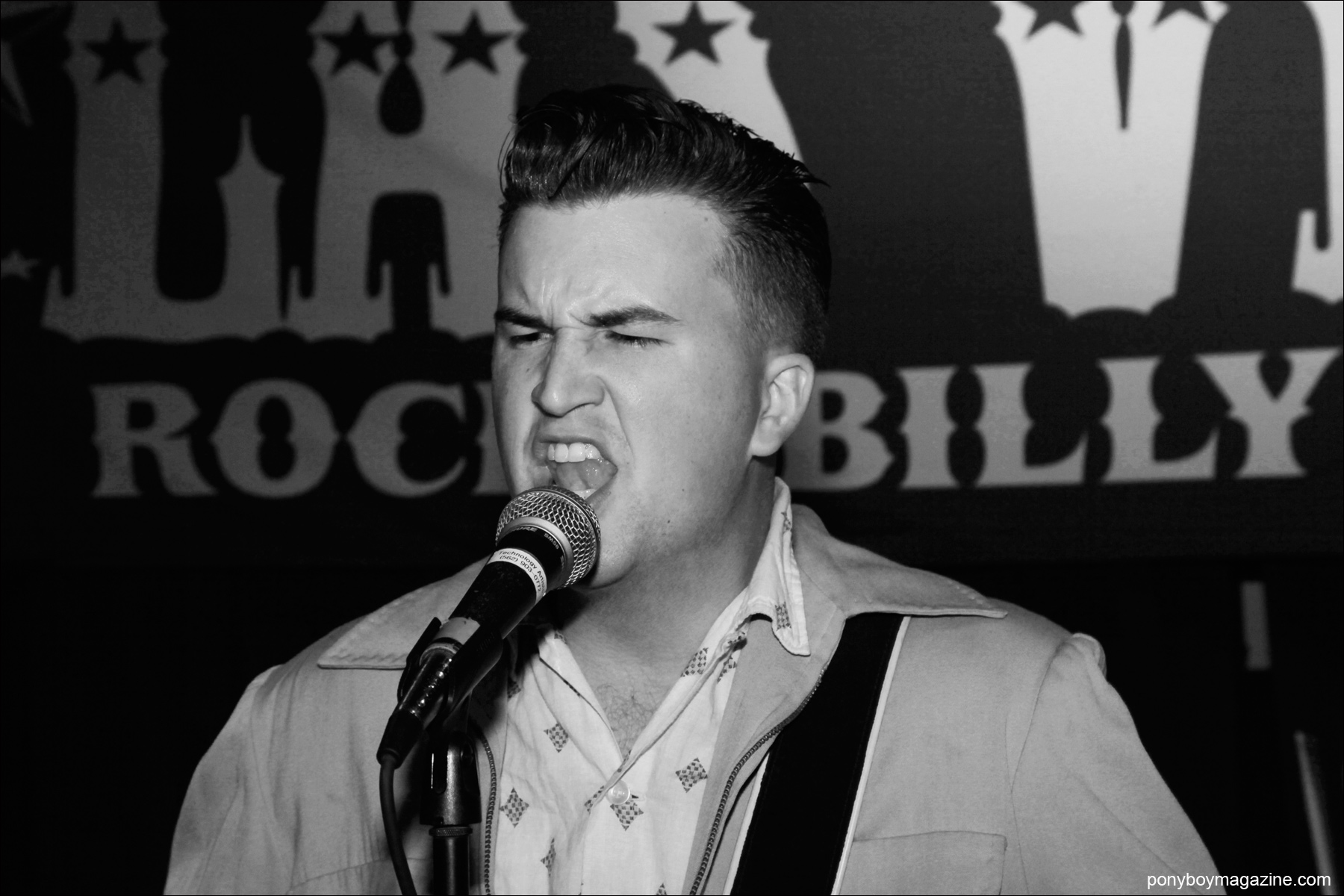 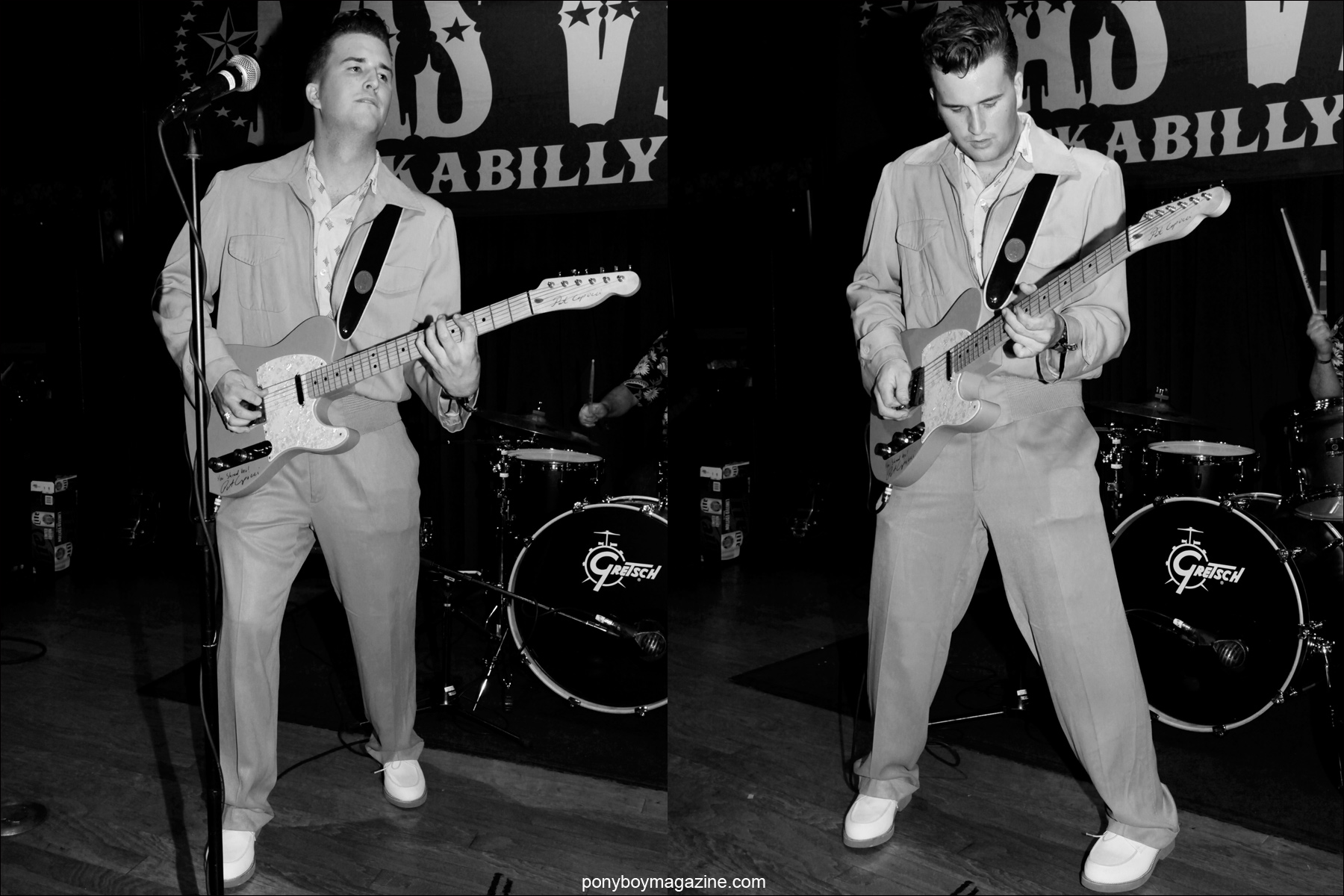 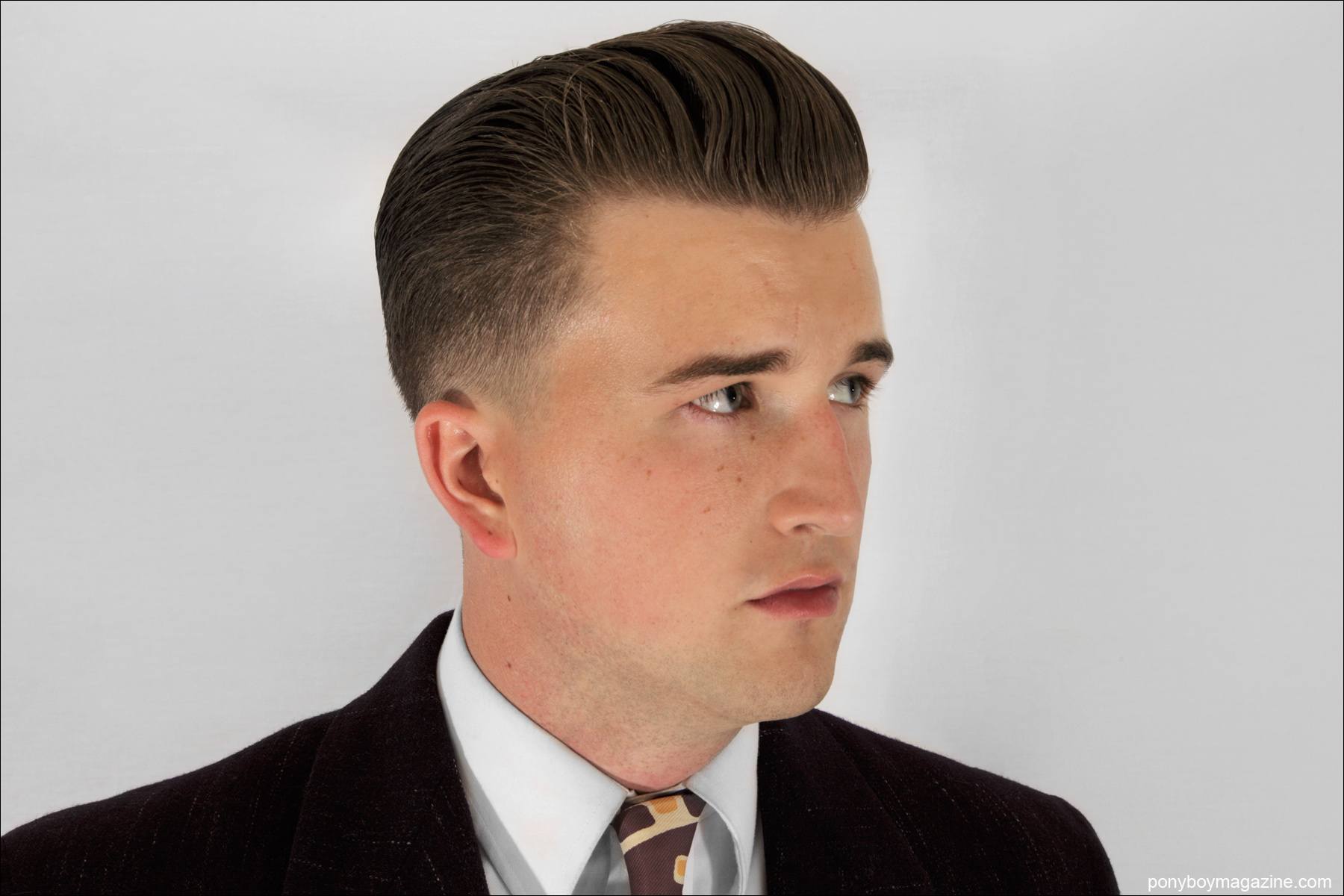 Ponyboy considers twenty-five year old Josh Hi-Fi Sorheim to be part of the next wave of up-and-coming rockabilly musicians to take the world by storm. With a rural midwestern upbringing and classic good looks, Josh signed with Reb Kennedy’s Hollywood based Wild Records and now considers California his new home. We met up with Josh in Las Vegas where he was booked to play the “Young and Wild” musical showcase for Wild Records at the annual Viva Las Vegas 17 Rockabilly Weekender.

PONYBOY:  Josh, tell us about your upbringing in Minnesota.

JOSH SORHEIM:  I grew up on a small, hobby farm in very rural Minnesota. My family owned a small concrete business where I had worked since I was a small boy. We are a very close family and we love working and hanging out together. It’s great that they are so supportive and are behind me 100 percent.

PONYBOY:  How did you get into music?

JOSH SORHEIM:  We had a piano in the house and I used to play little tunes I heard on the television. One time my mom noticed this and she asked me if I wanted to play an instrument. I chose the violin and took lessons, but abruptly quit because I hated them so much. So, I moved on to the piano and quit again because I hated taking lessons. I gave up music until my senior year in high school, when I found a piano under the bleachers. On my free hour I would go plunk on that piano and eventurally I got addicted. I looked up everything musically and I stumbled upon rockabilly. Naturally, I saw that upright bass that Bill Black was playing and I just had to have one! I got an upright and taught myself how to play, then eyeballed that guitar player. Needless to say, I got stuck on the guitar.

PONYBOY:  Would you say your music inspiration is primarily 50’s rock-n-roll?

JOSH SORHEIM:  Well, 50’s rock-n-roll is a big part of the music I love and play. My true love is American music from the 1890’s to the 1960’s. I love western swing, jazz, ragtime, jug bands, rock-n-roll, rockabilly, blues, swing, gospel, country, and honky tonk. I like to pull from every which way, so everybody gets something they like and some people can get introduced to music styles and songs that they haven’t heard before.

PONYBOY:  How would you describe your sound?

JOSH SORHEIM:  I’d say fast, fun and you can dance to it! I like songs that have a good boogie beat and people can really cut a rug to it. It’s all about having a great time at a show, so I like to play songs that are a lot of fun. I try and mix in some boogie woogie, western swing, blues, rockabilly and rock-n-roll in my songs because that’s the stuff that I think we all get a real kick out of.

PONYBOY:  You relocated to Los Angeles recently. How has that been for you?

JOSH SORHEIM:  It’s been a blast, besides the traffic and earthquakes. The friends I’ve met out here have been instant family and there is something fun to do every day and night. I was terrified being a country boy from the mid-west moving to the big city, but so far, I’ve loved every second. It also helps having Disneyland and the movie studios down the street. For a Disney, history and movie buff this is practically heaven for me.

PONYBOY:  And, you also signed with Wild Records. Tell us how Reb Kennedy discovered you.

JOSH SORHEIM:  One of the Wild guitarists saw some of my videos I was posting online, showed them to Reb and the next day I got a call. He asked me if I could fly out to LA for a tryout show and I said heck, yes! I flew out, did the Wild Weekender, and I was accepted into the Wild Records family. It’s been a real honor to meet, hangout and play with all the amazing and talented musicians on the Wild label.

JOSH SORHEIM:  I’d say music is one of my occupations. I can’t sit still, so currently I’m starting my own business. I also freelance in handyman services, as well as being a car mechanic that makes house calls. And, I do restoration and sales of all kinds of vintage goodies. I have big plans in the works for other ventures, as well.

PONYBOY:  Who would you say are your favorite musicians?

JOSH SORHEIM:  That’s like asking what breath is my favorite to breathe. I love them all because each one is different and keeps me going.

PONYBOY:  How many instruments do you play?

PONYBOY:  Do you have a release date for your Wild Records album? And, do you have any touring planned?

JOSH SORHEIM:  We just recorded some tracks for a new 10 inch record coming out, as well as having a new 45 in the works. And I have a few European tours coming up this year, which I’m really excited about!

PONYBOY:  Will you settle in California or eventually go back to Minnesota?

JOSH SORHEIM:  I love California, but I also love a good road trip. I have plans to get a 1940’s trailer and hit the road for a while. I have family and friends in Minnesota, New Orleans, Texas, Arizona, and Wisconsin, as well as on the East Coast. So, my home is all over the United States. There is way too much to see and too many people to meet to settle down anytime soon.

THE TEDS
BY CHRIS STEELE-PERKINS 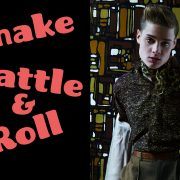