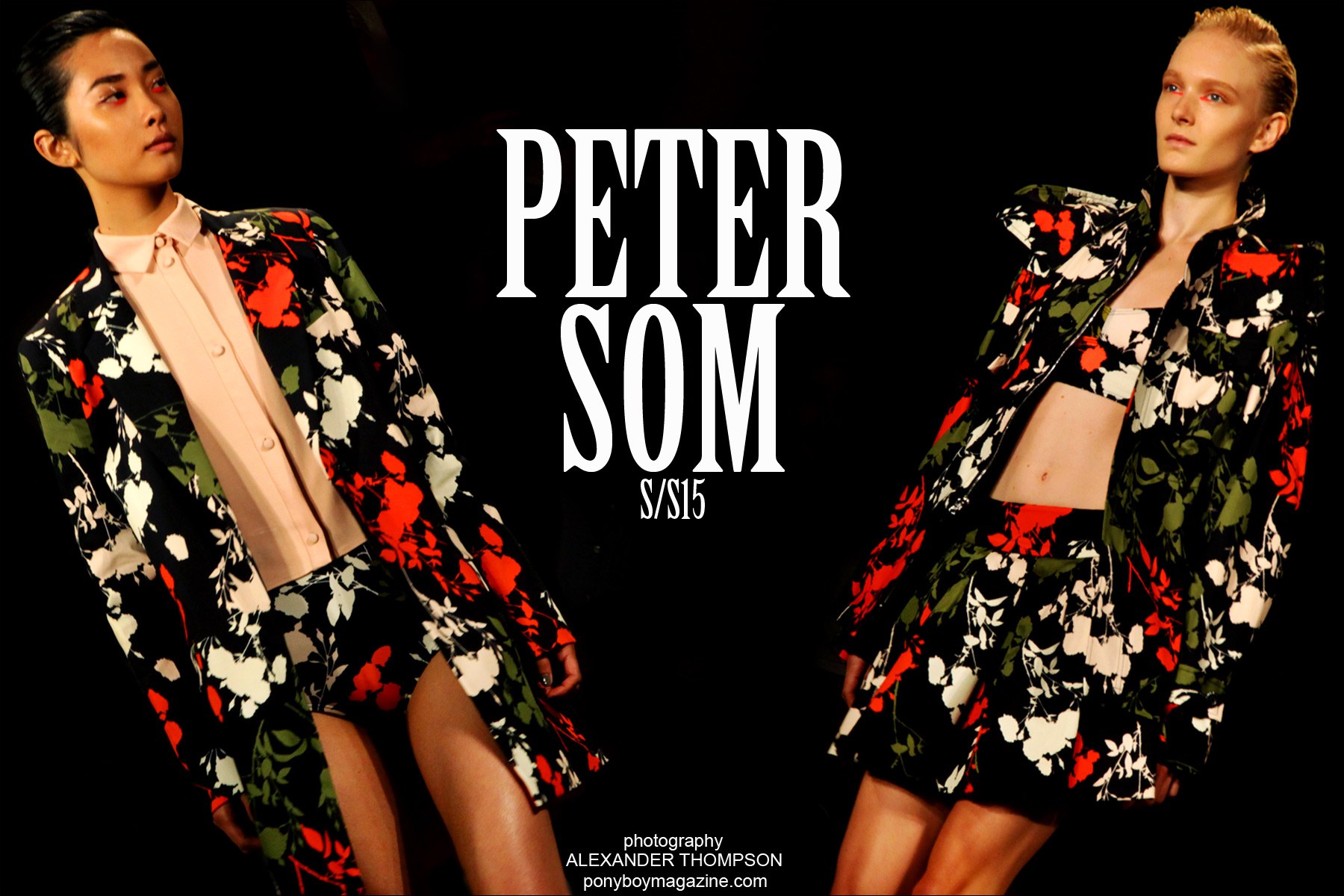 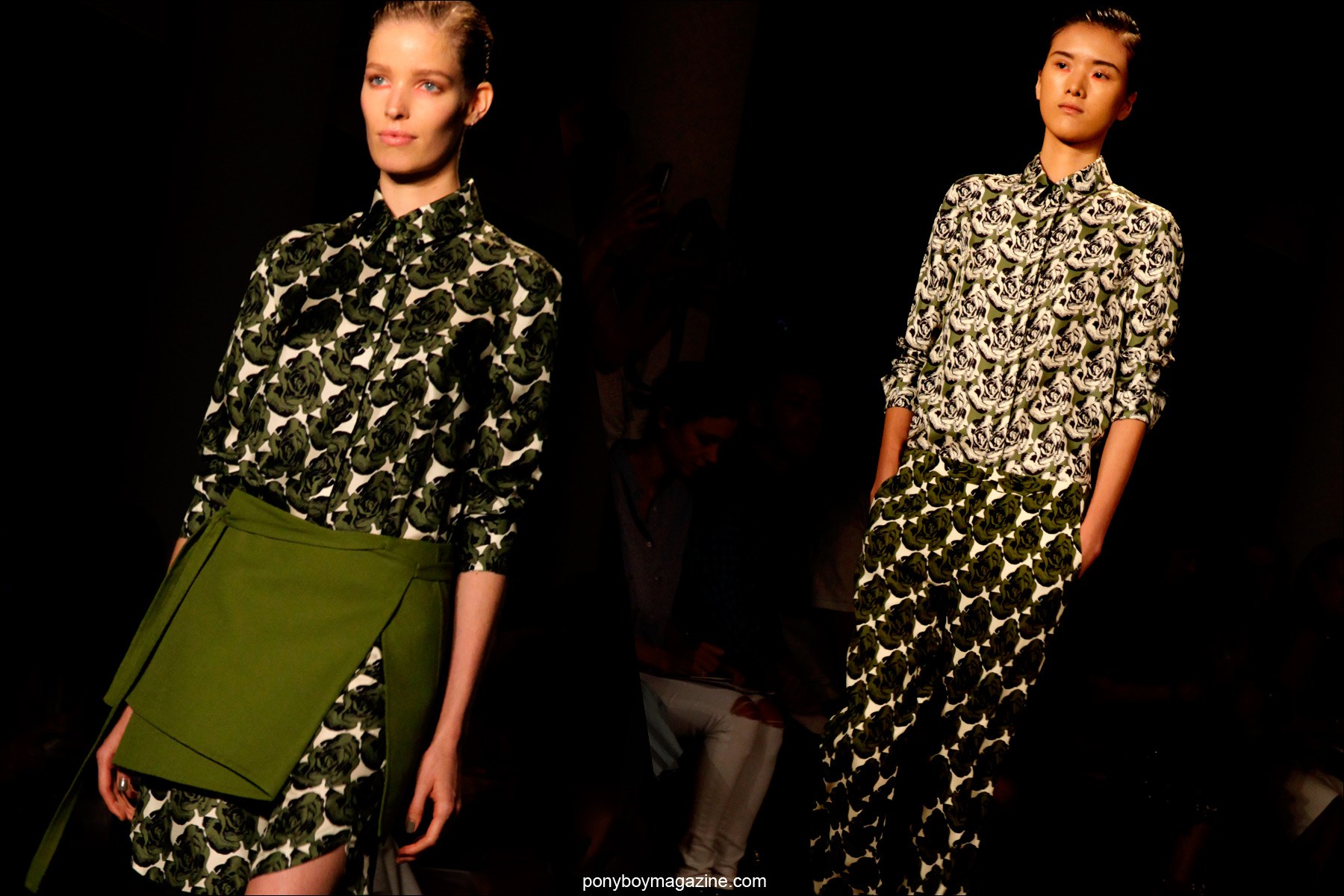 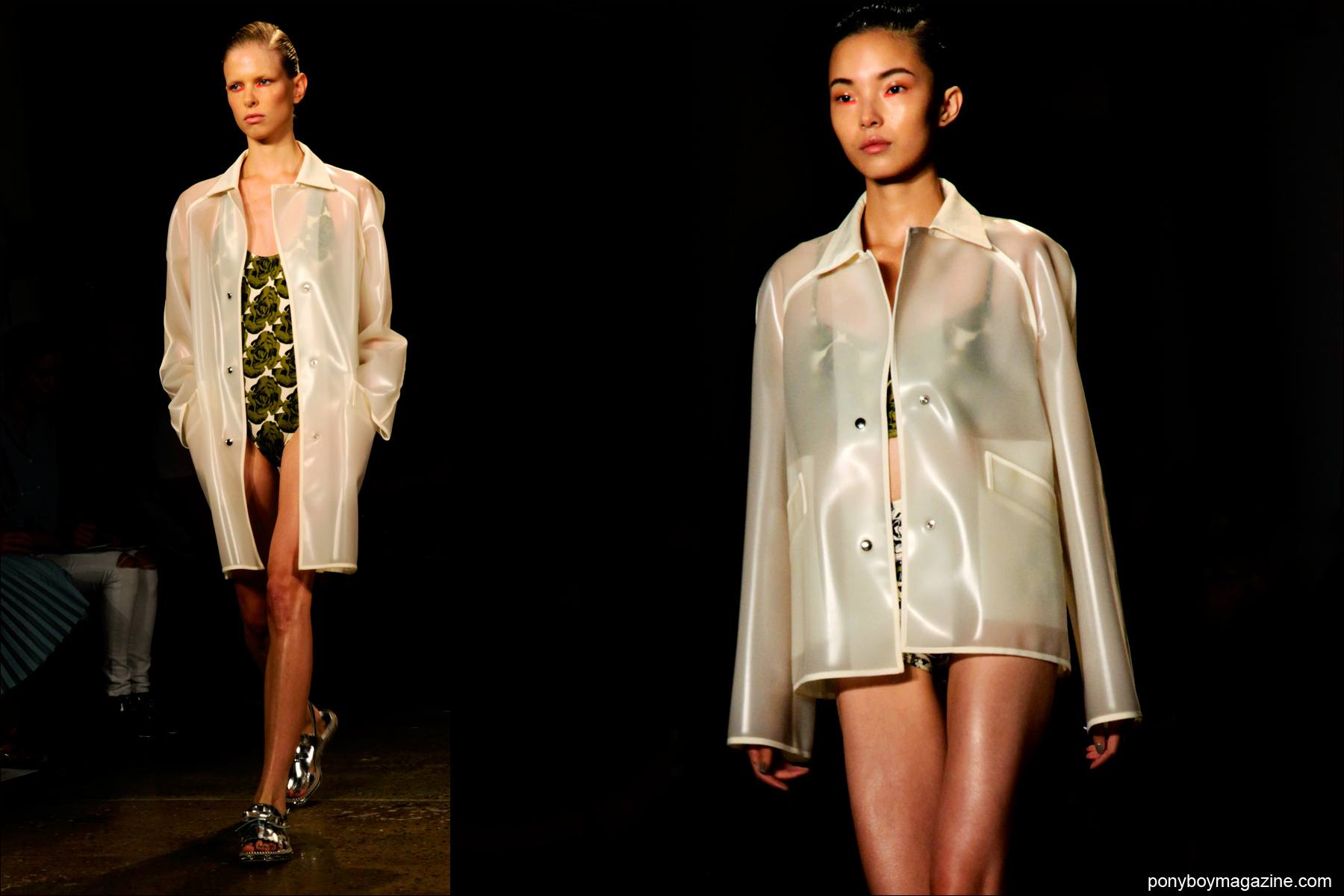 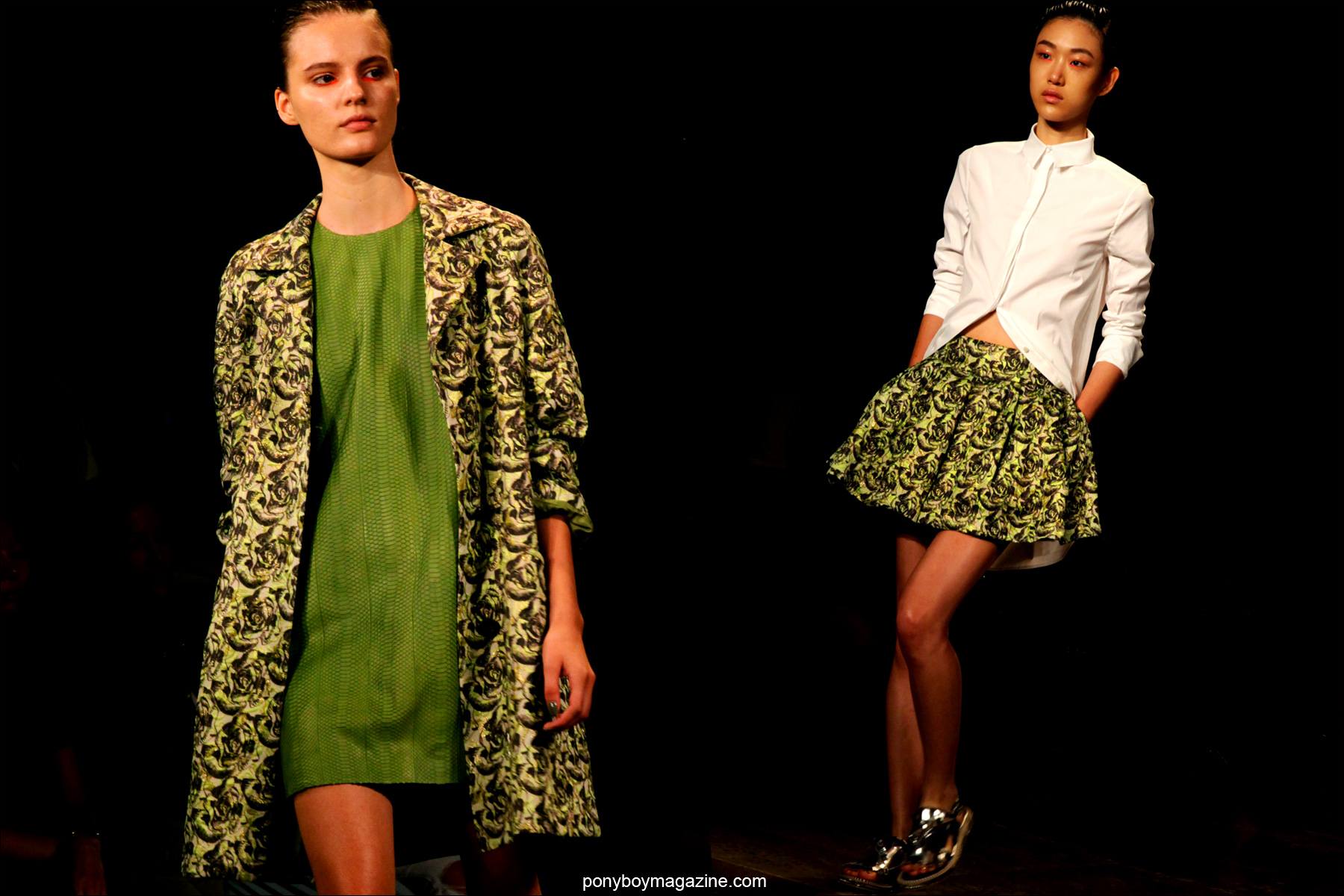 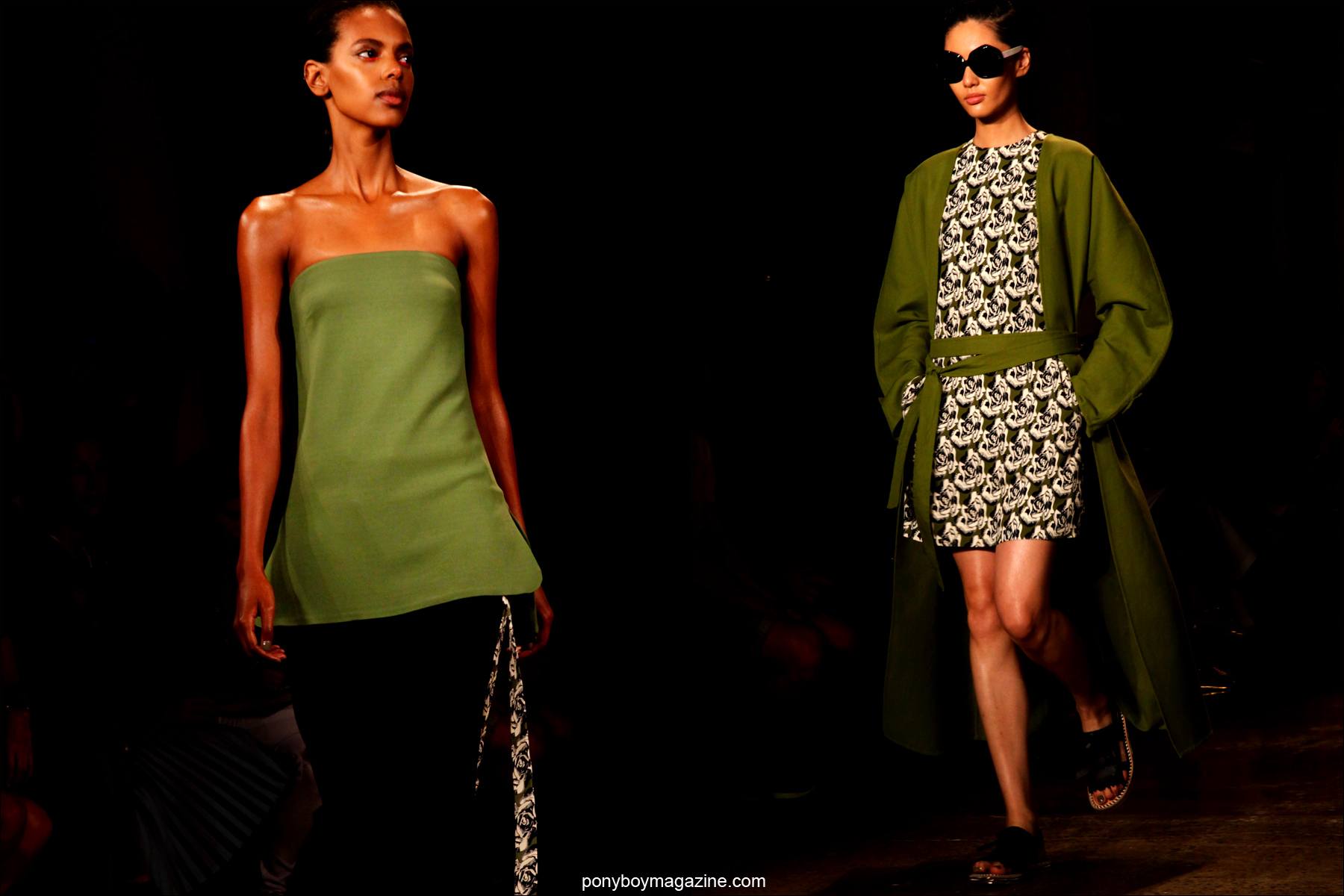 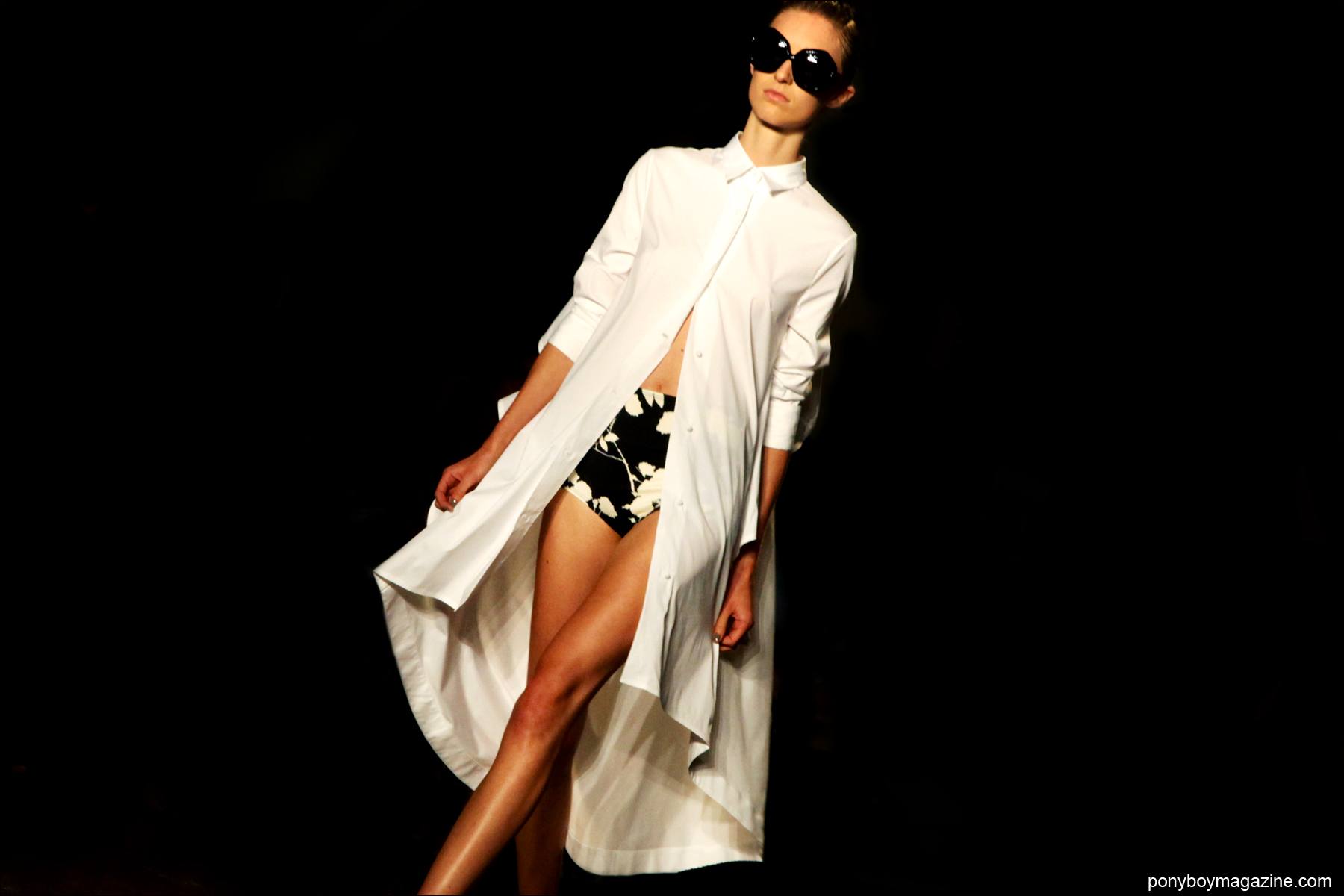 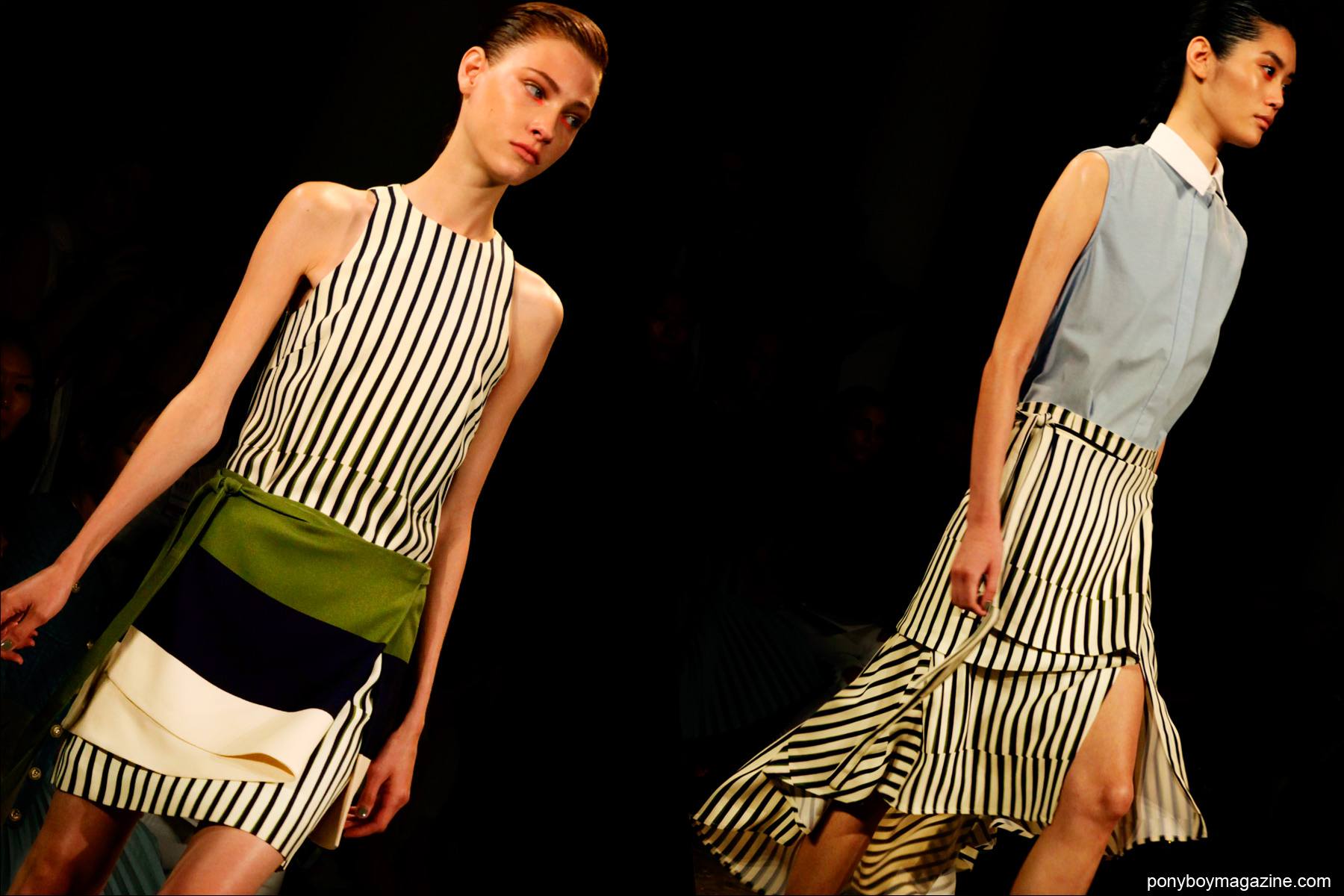 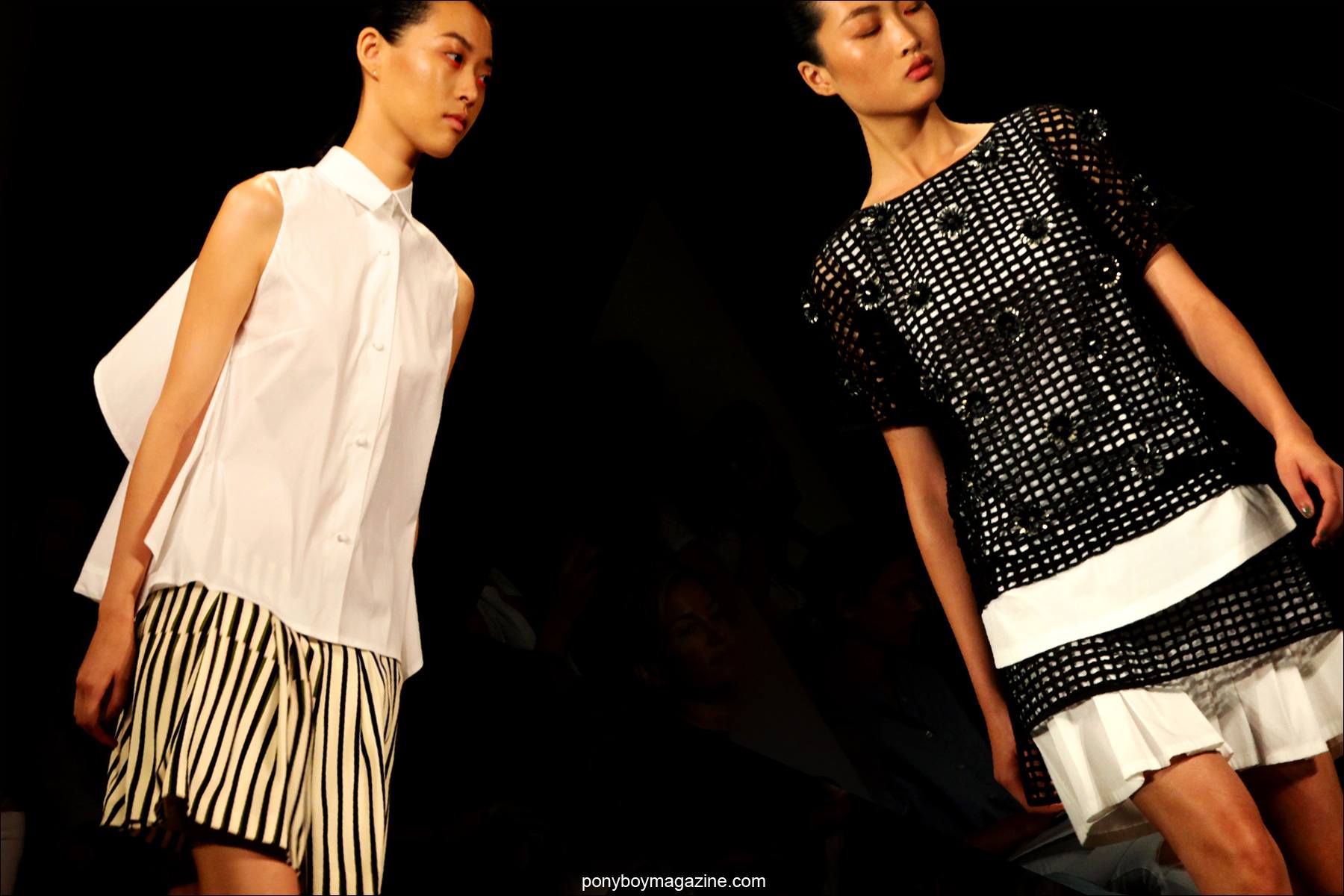 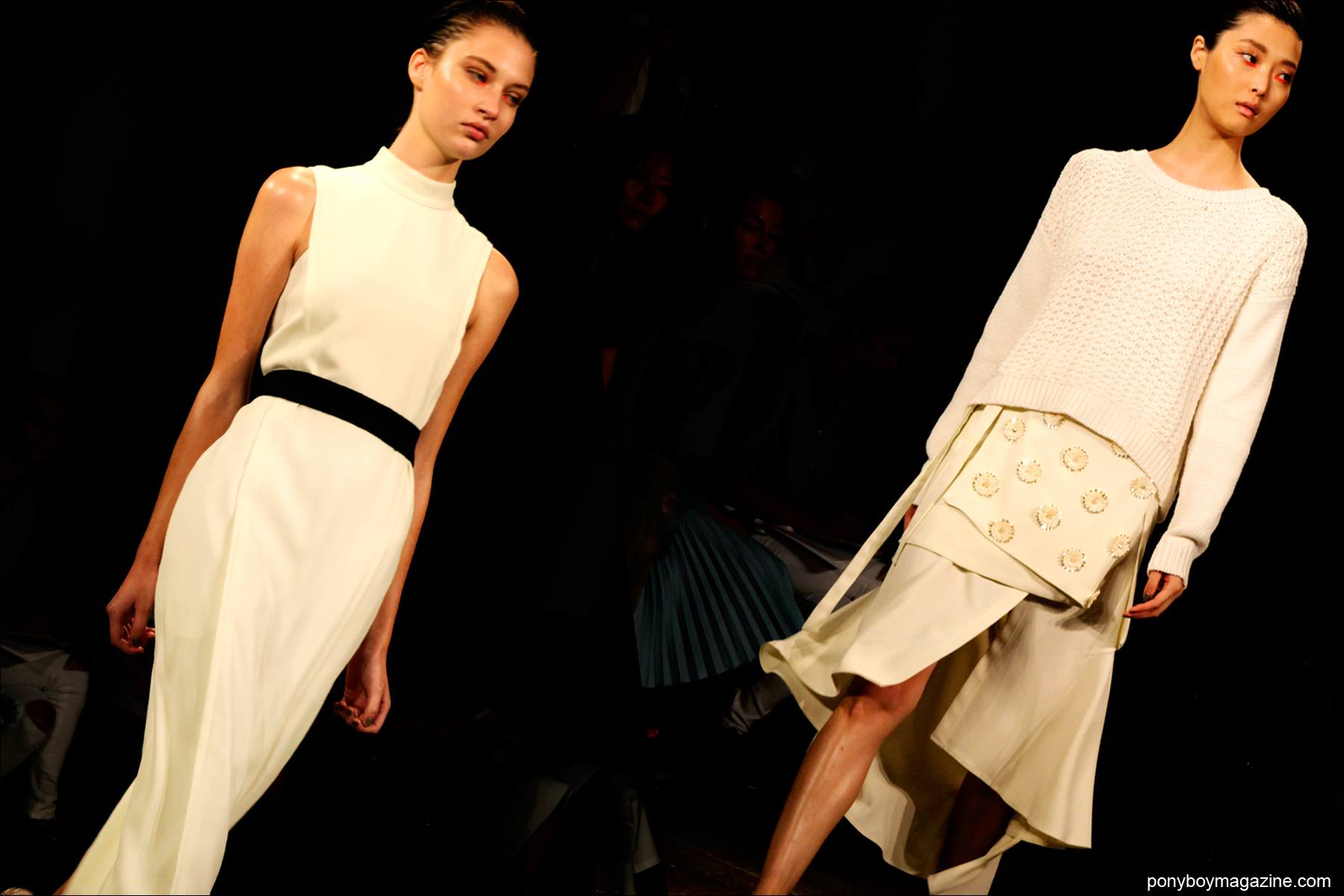 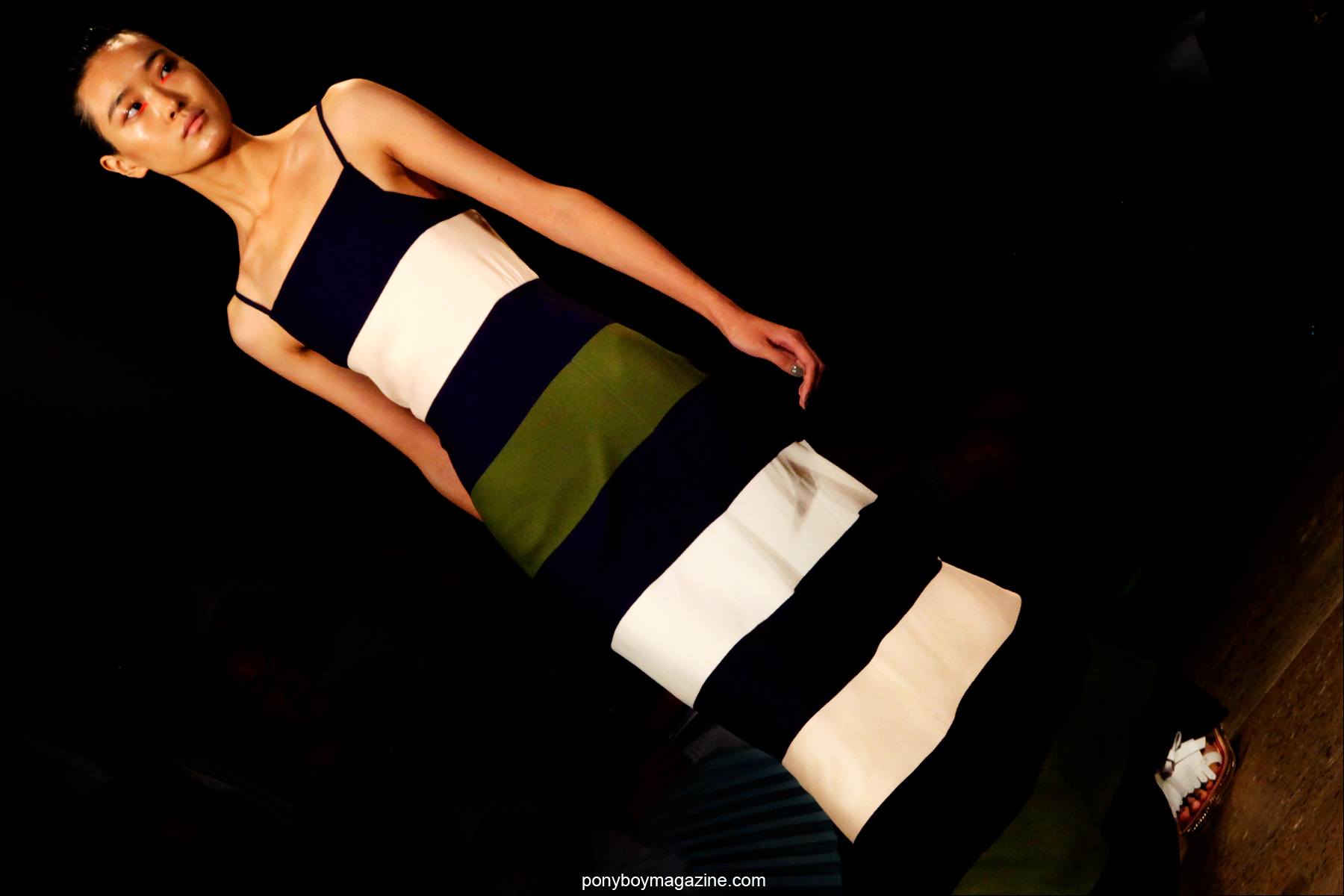 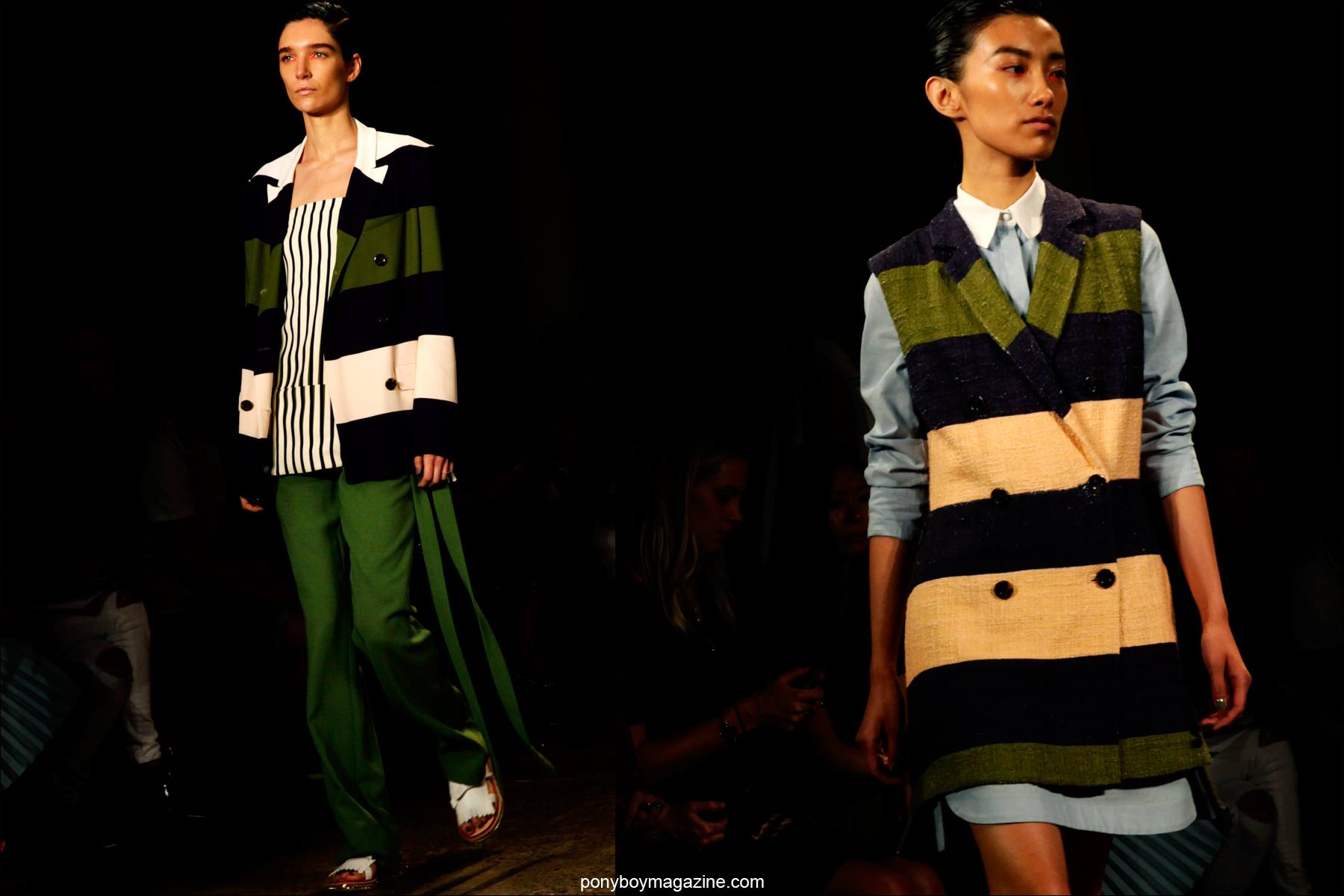 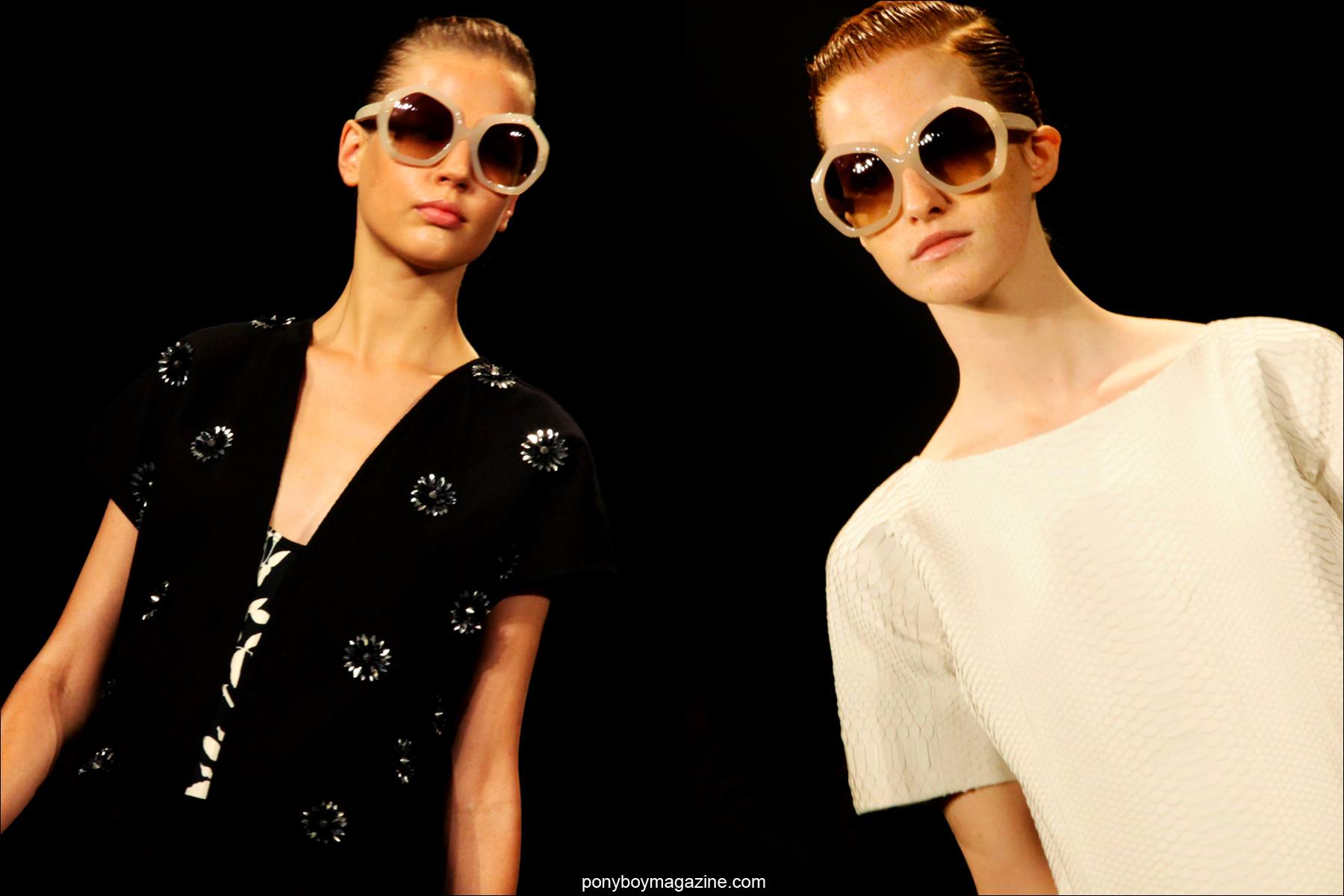 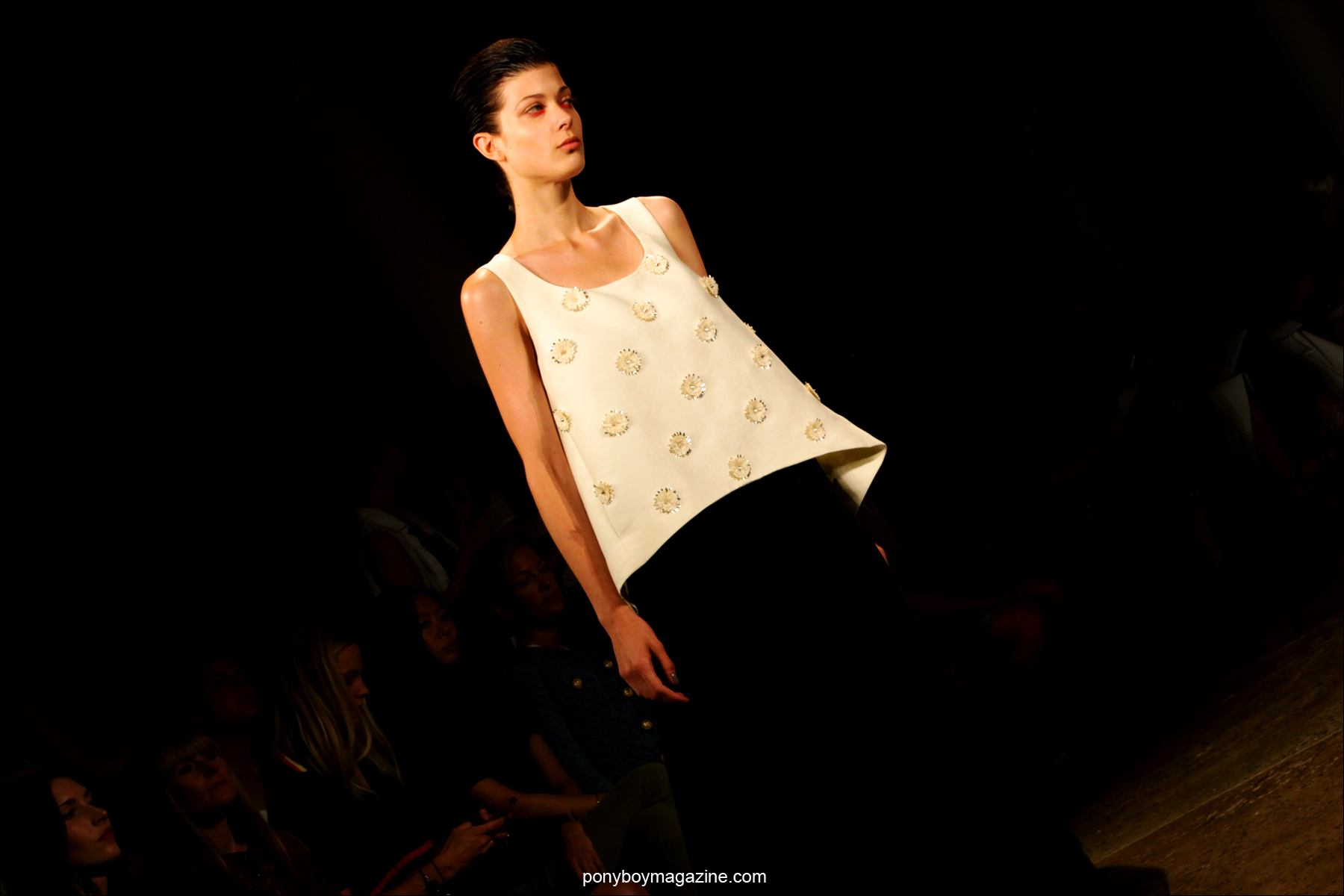 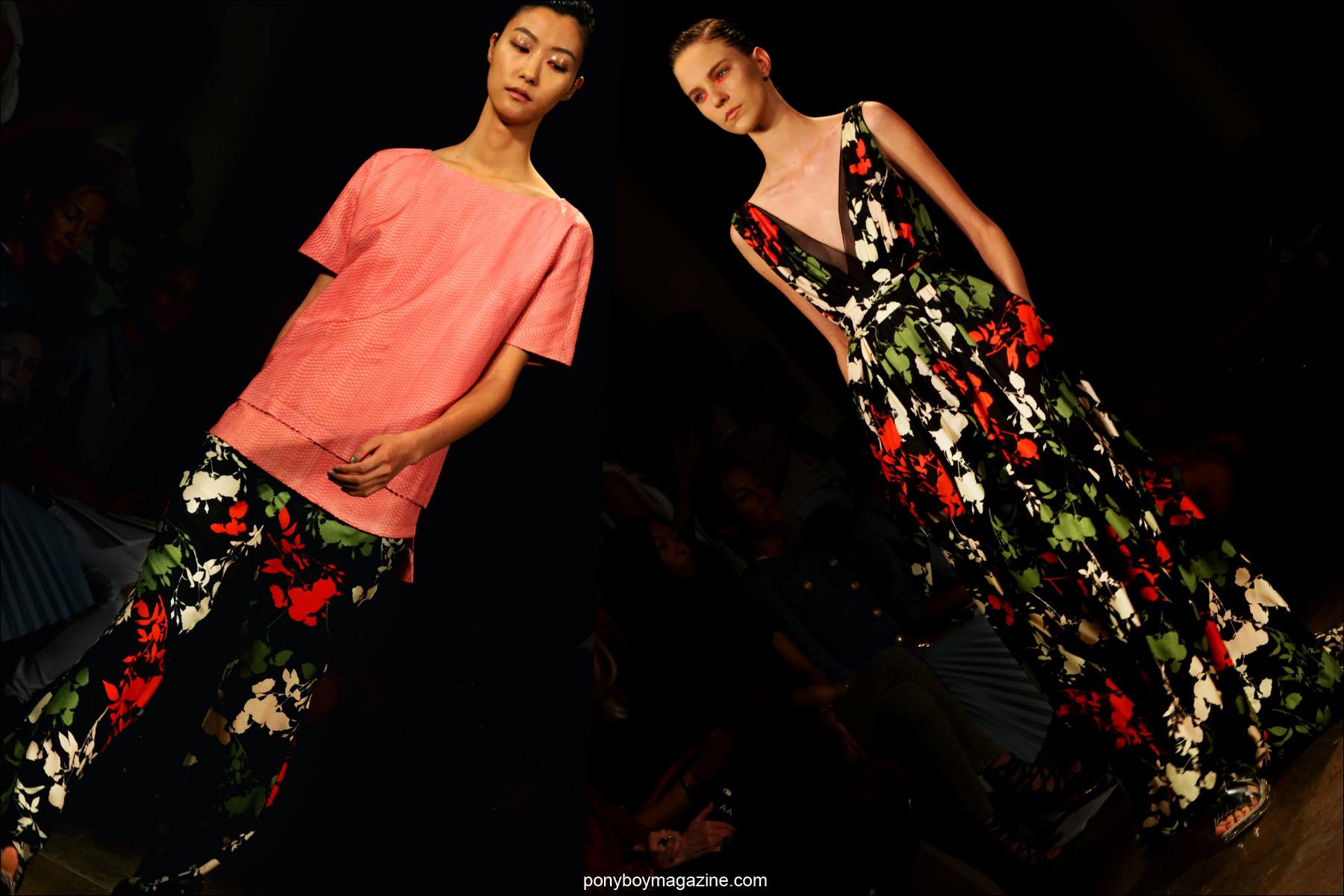 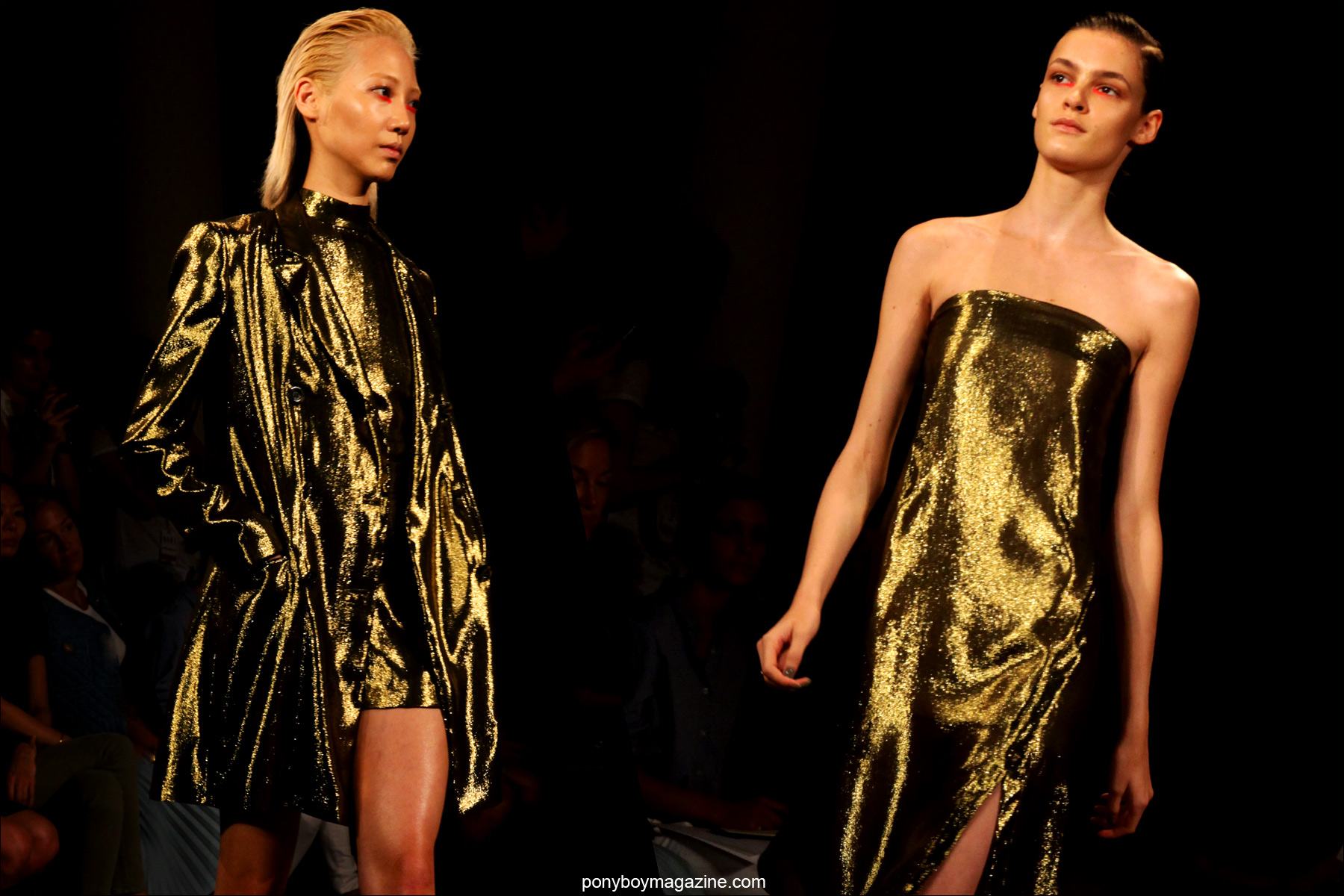 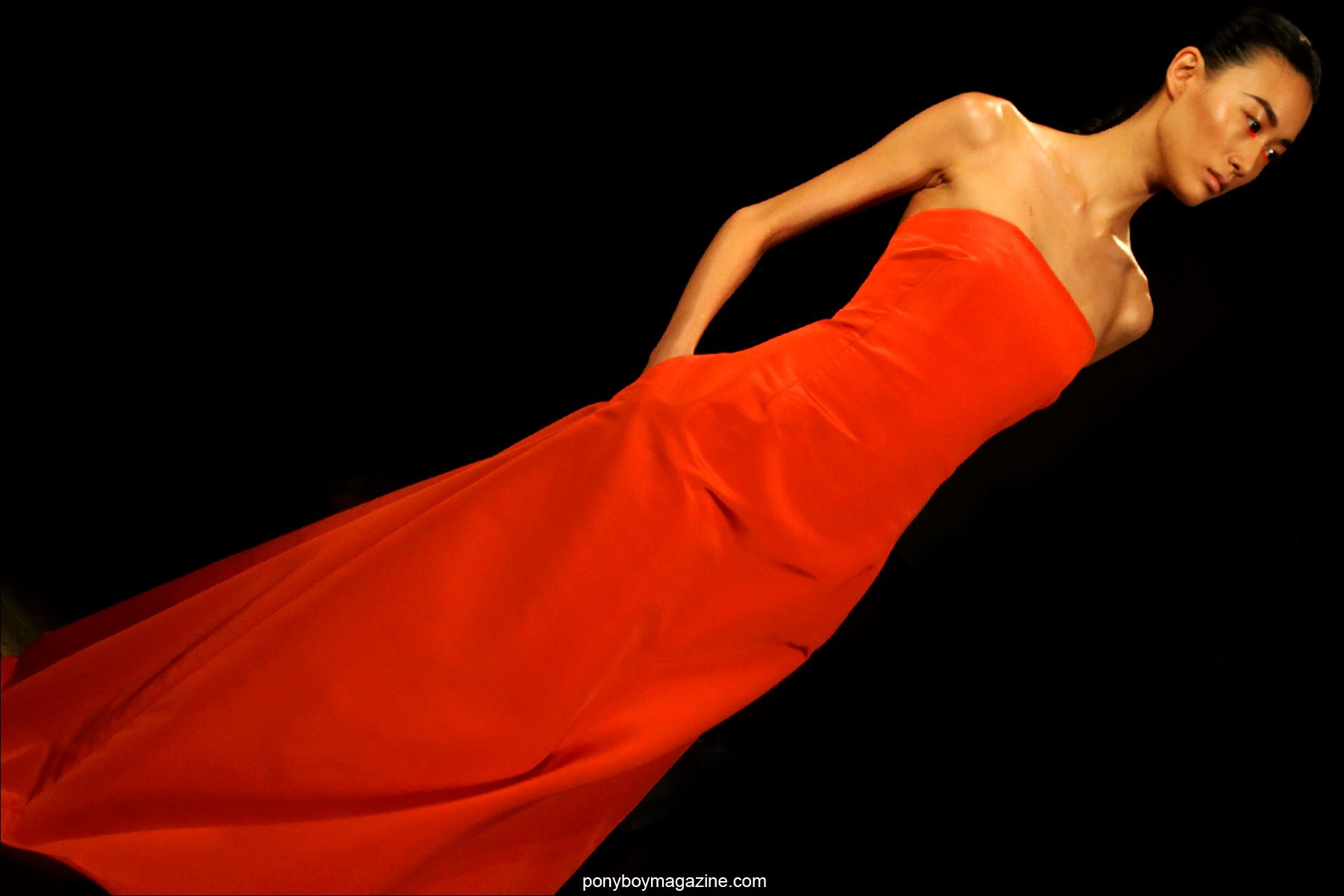 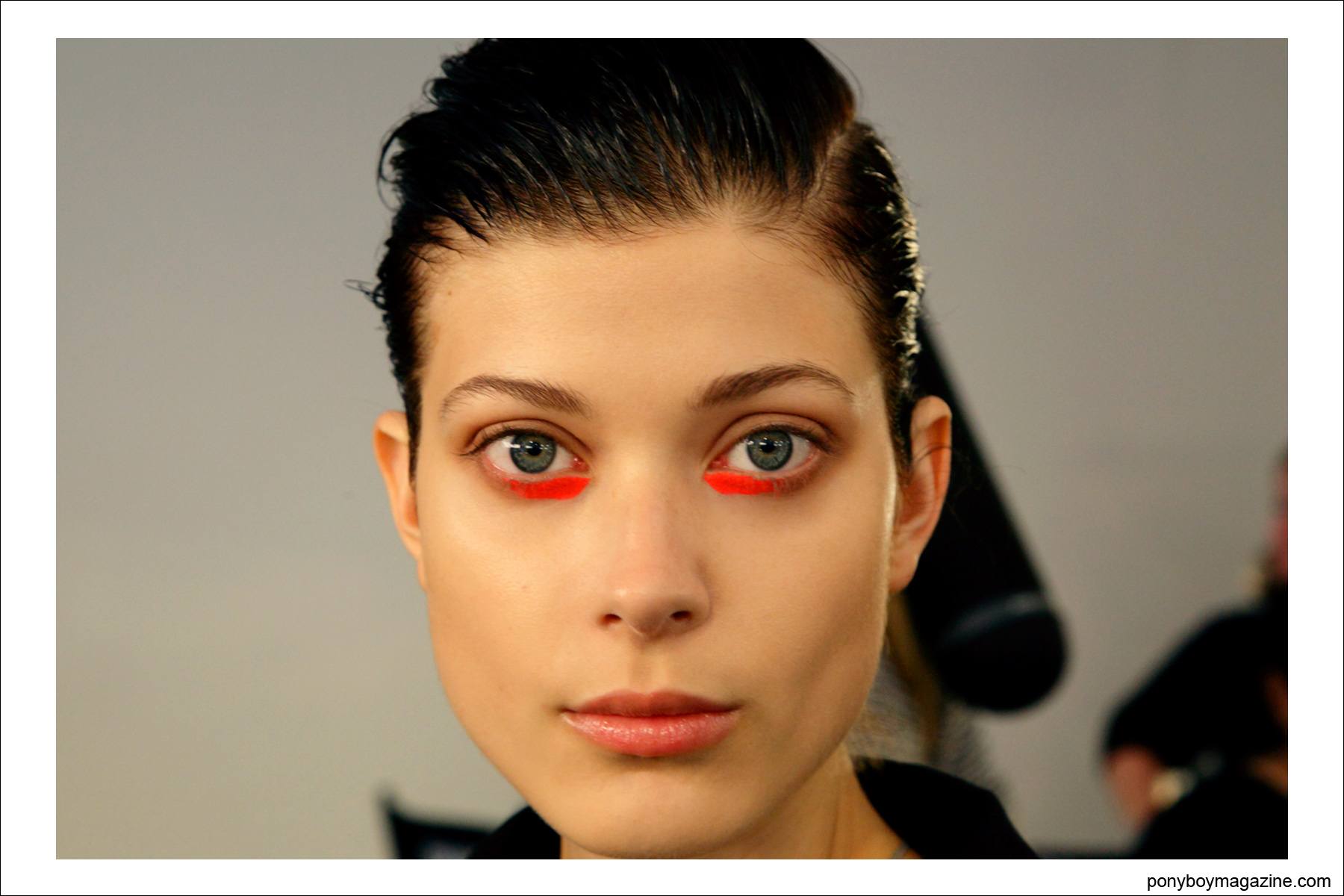 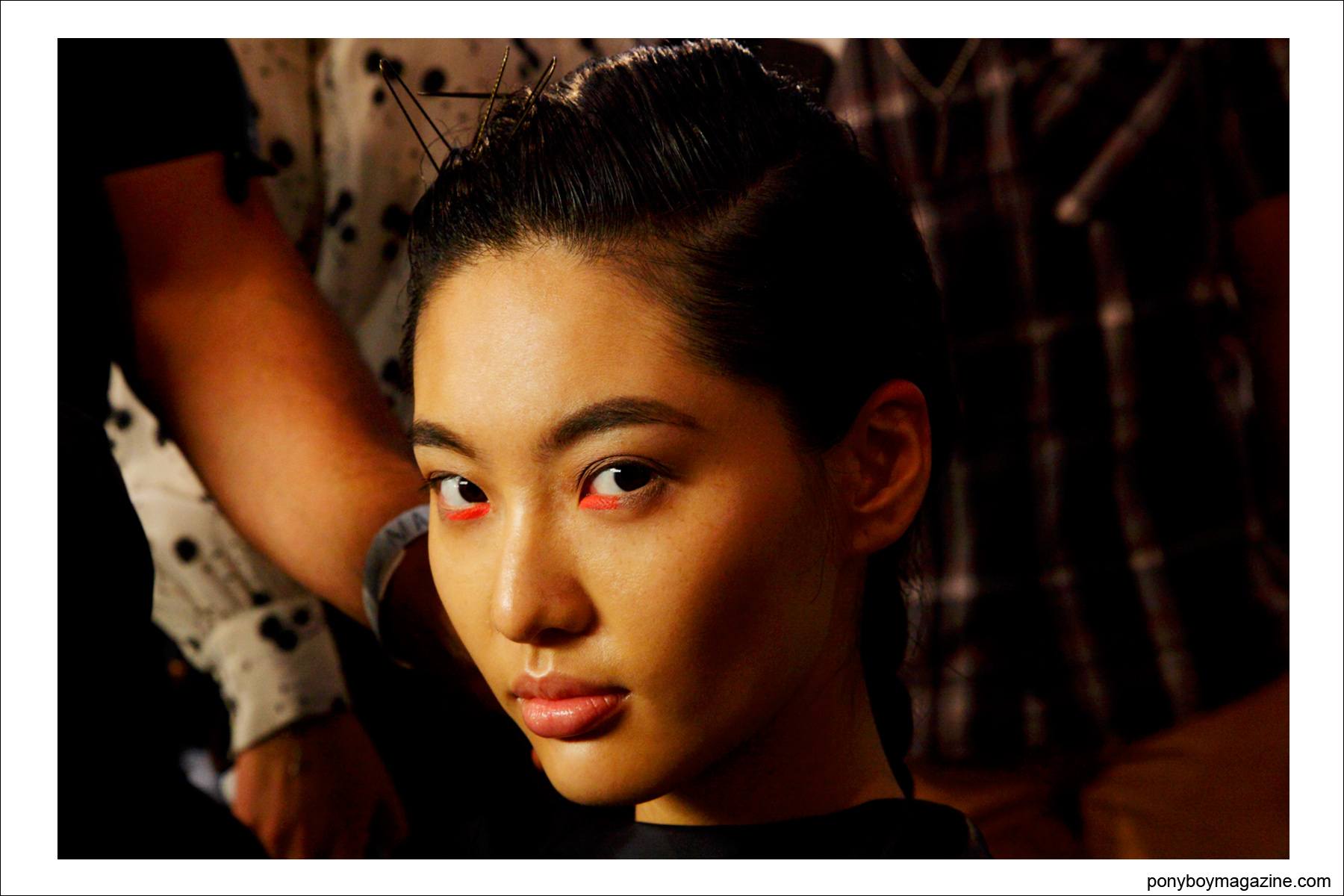 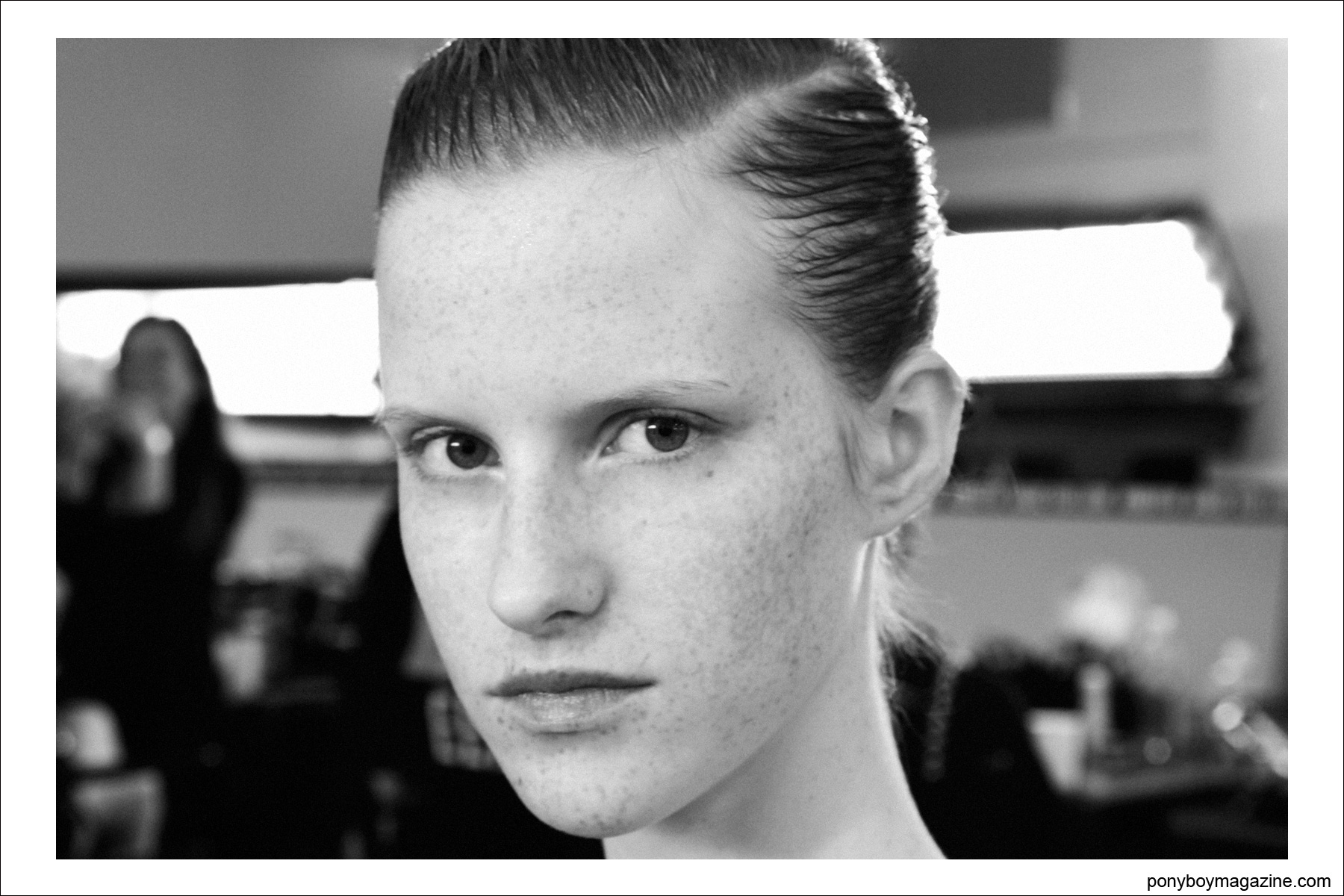 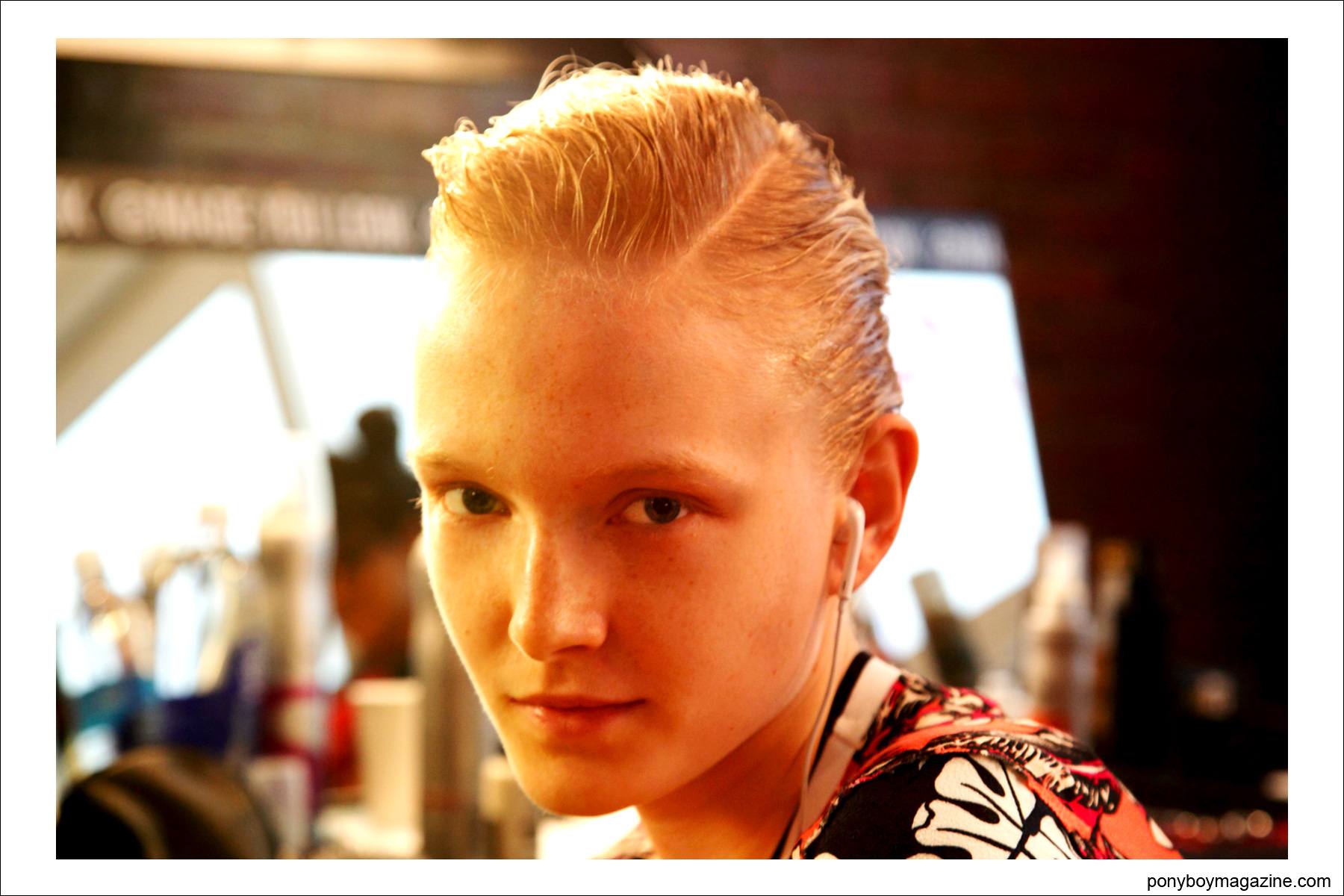 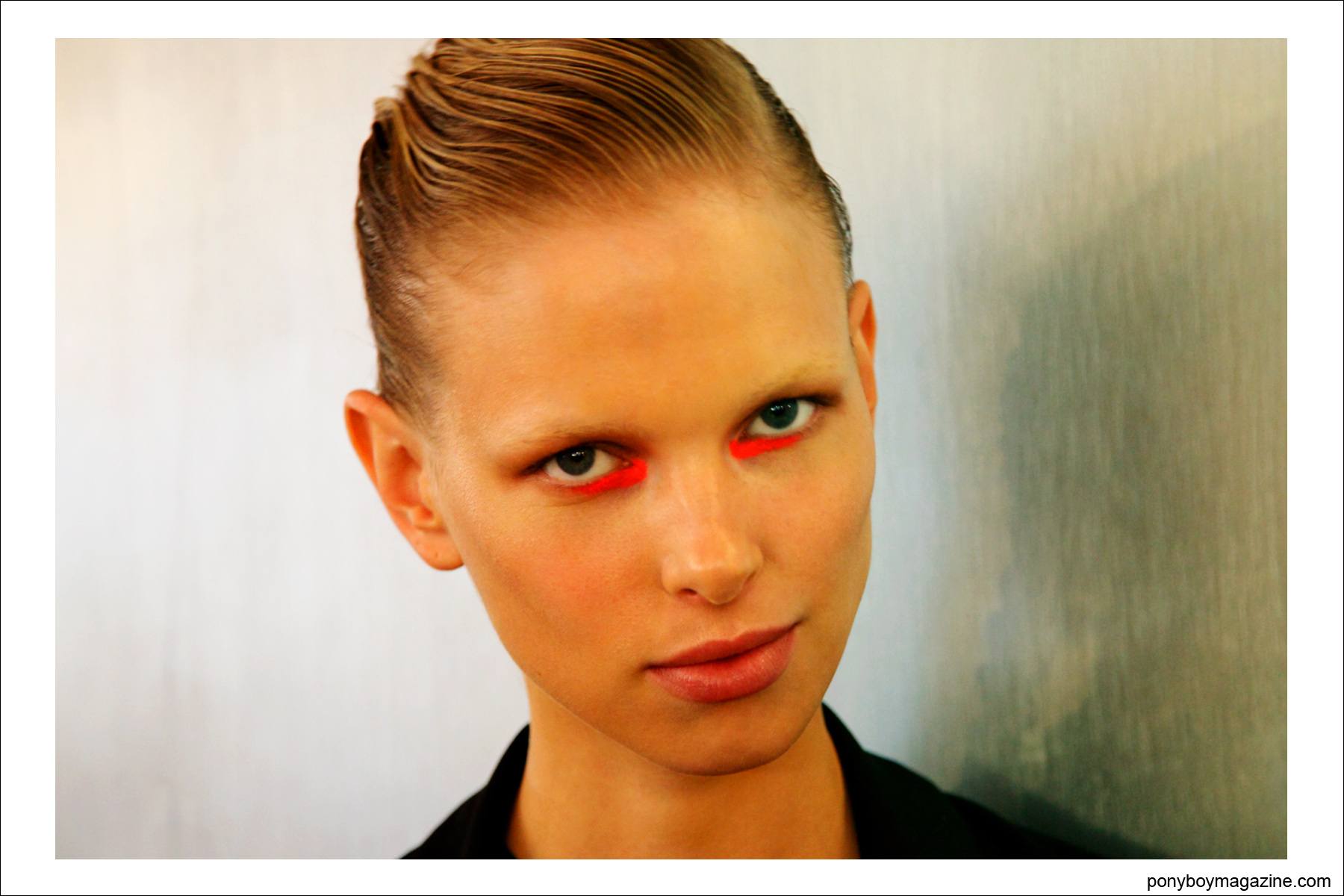 Peter Som, the modern American sportswear designer, showed his Pop Art inspired Spring/Summer 2015 collection at Milk Studios in New York City. Som has always stayed true to his chic and timeless looks. And this season was no different. Both the rose print and the graphic floral print he used were a decided nod to Andy Warhol’s flowers and printing techniques. Indeed, there were so many elements to this collection. The bold, oversized horizontal stripes proved quite striking and dramatic. We saw an abundance of white tailored men’s shirts, our favorite being a long dramatic shirt dress, as well as aprons, rubber macs, and gold lame.  An a-line top with flower appliques worn with a long, full black skirt was very reminiscent of vintage Paris couture. And, although the elements were varied, the outcome was a very refreshing, appealing and elegant collection. Photography ALEXANDER THOMPSON. 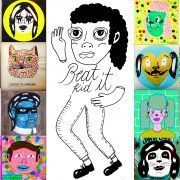 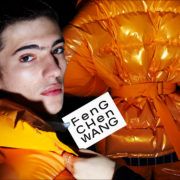 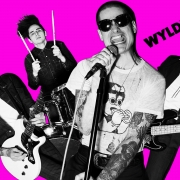 WYLDLIFE
YEAR OF THE SNAKE