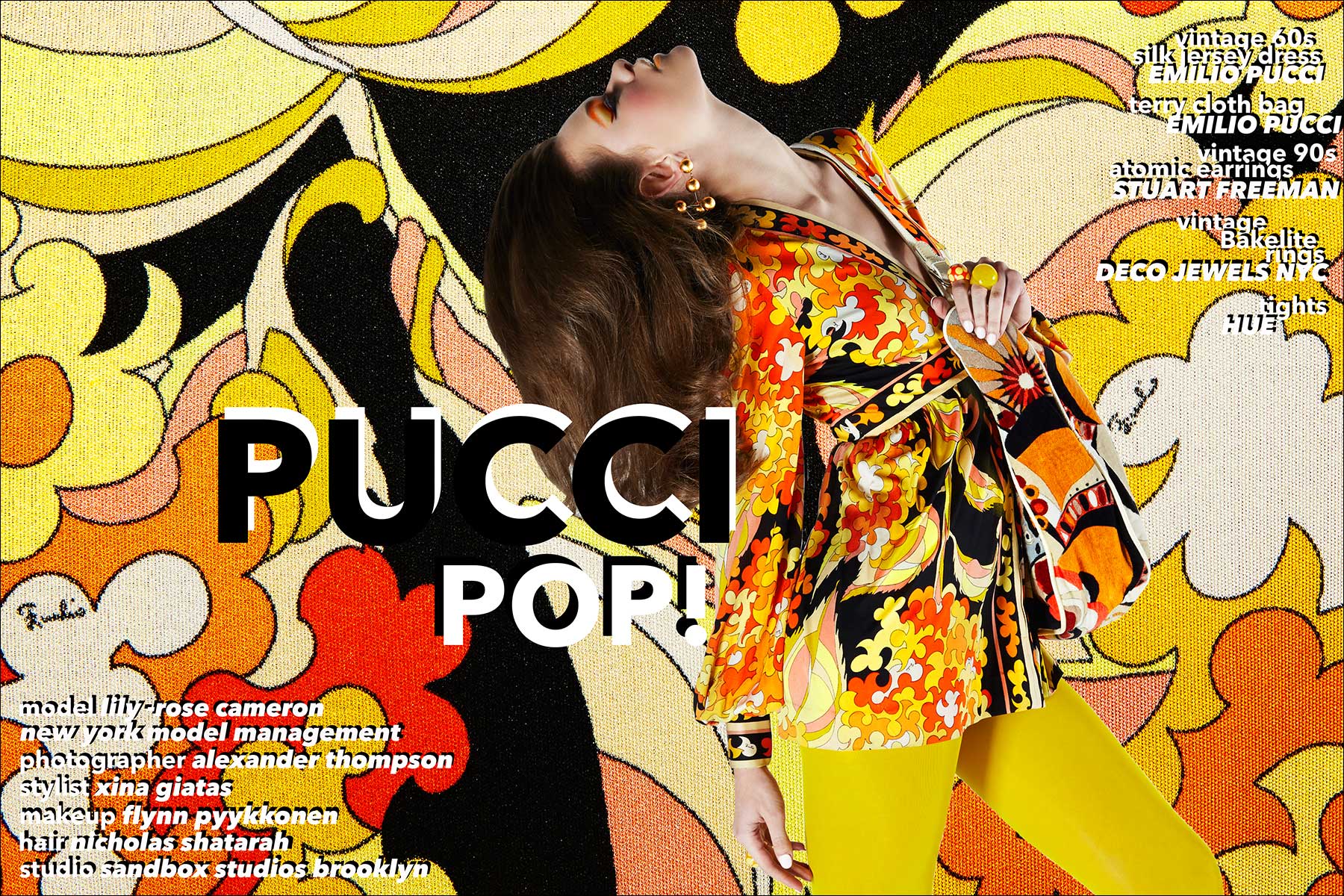 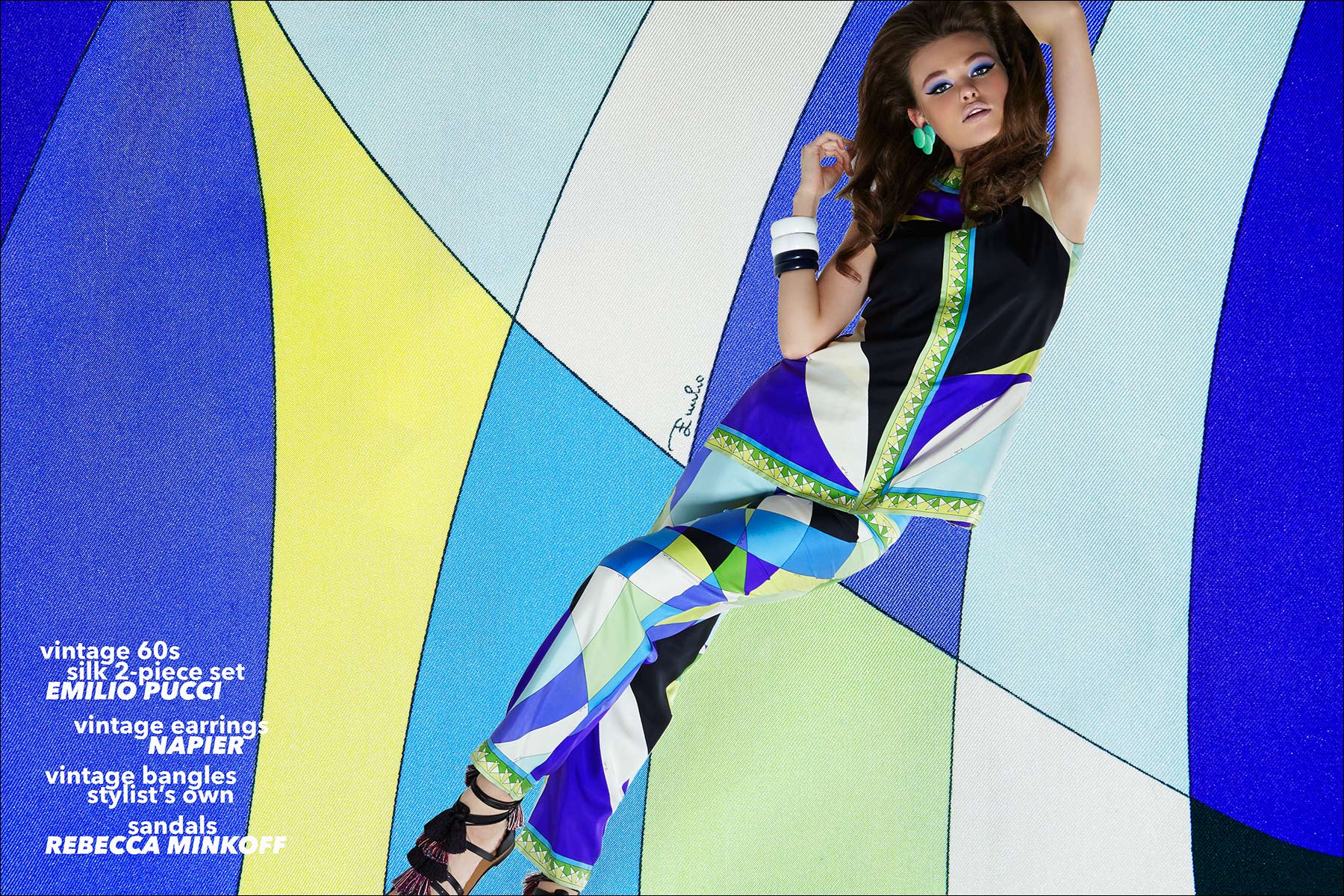 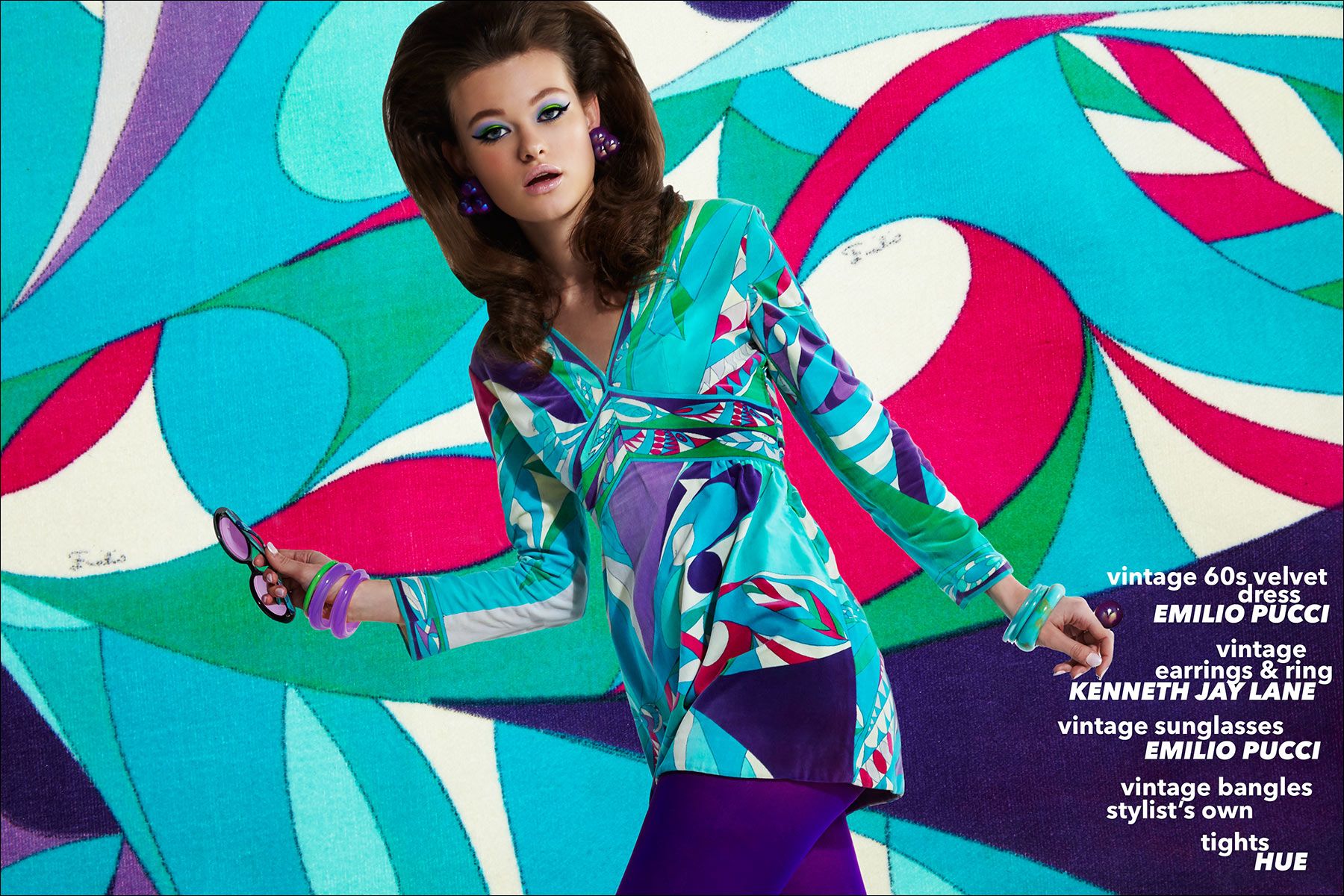 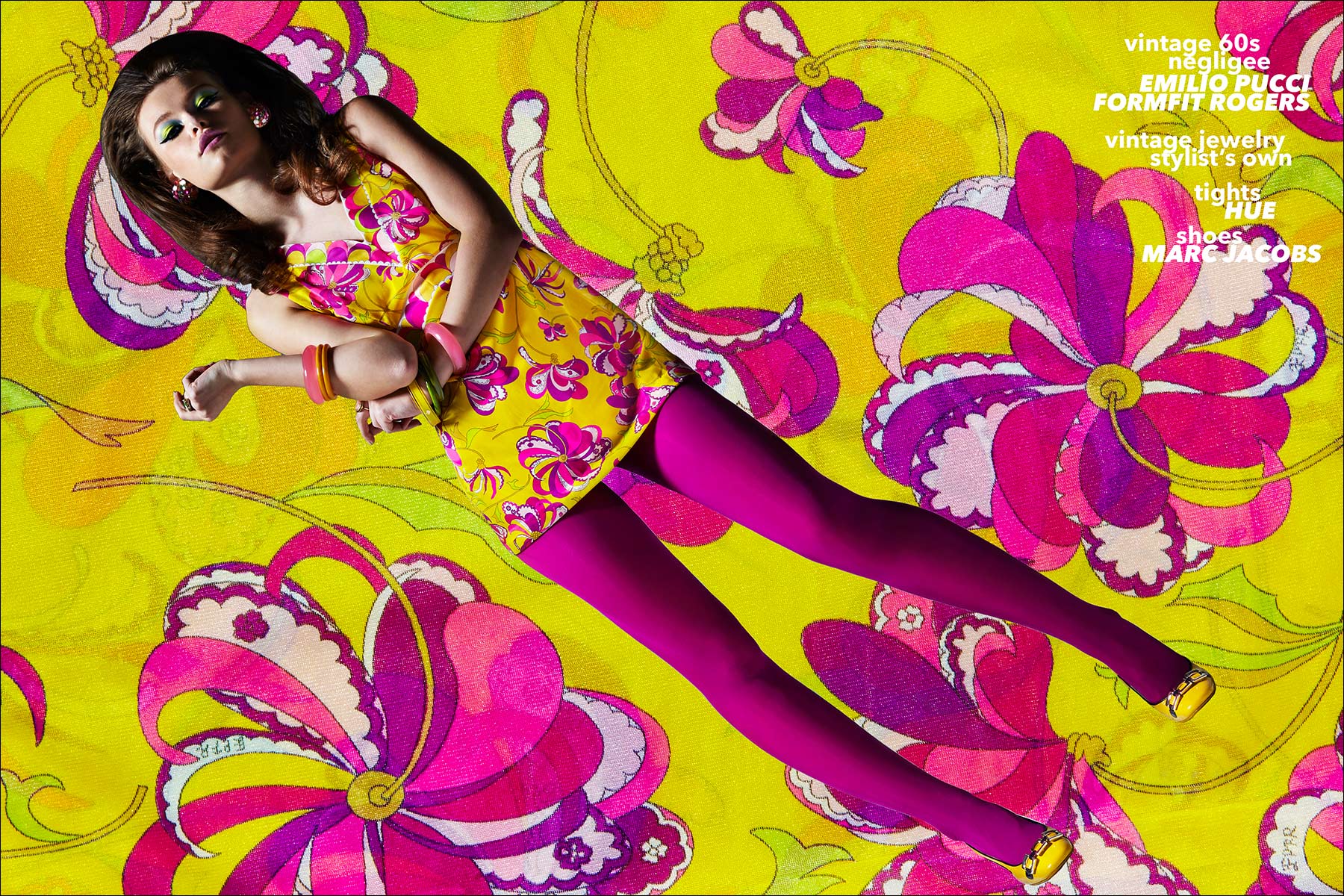 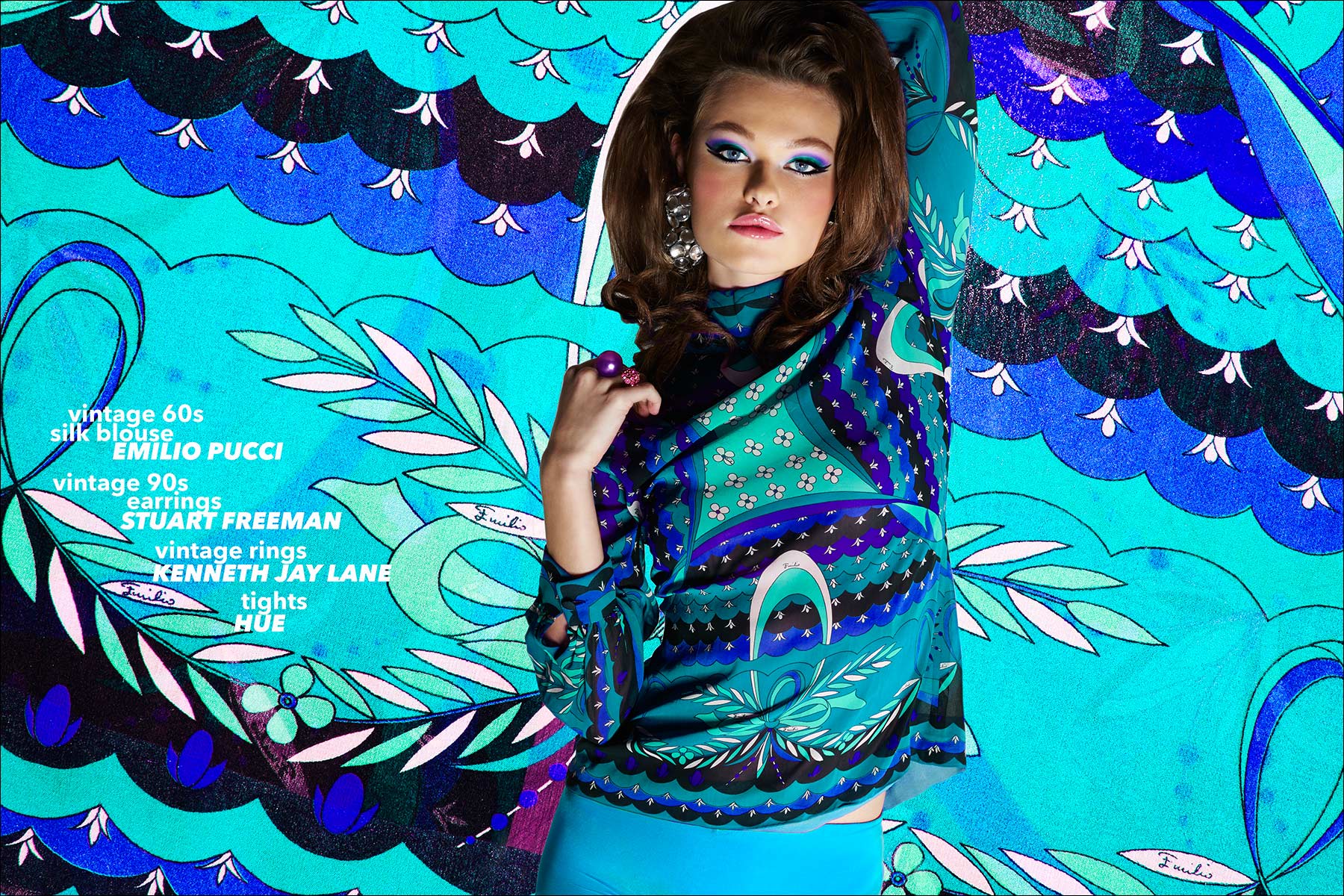 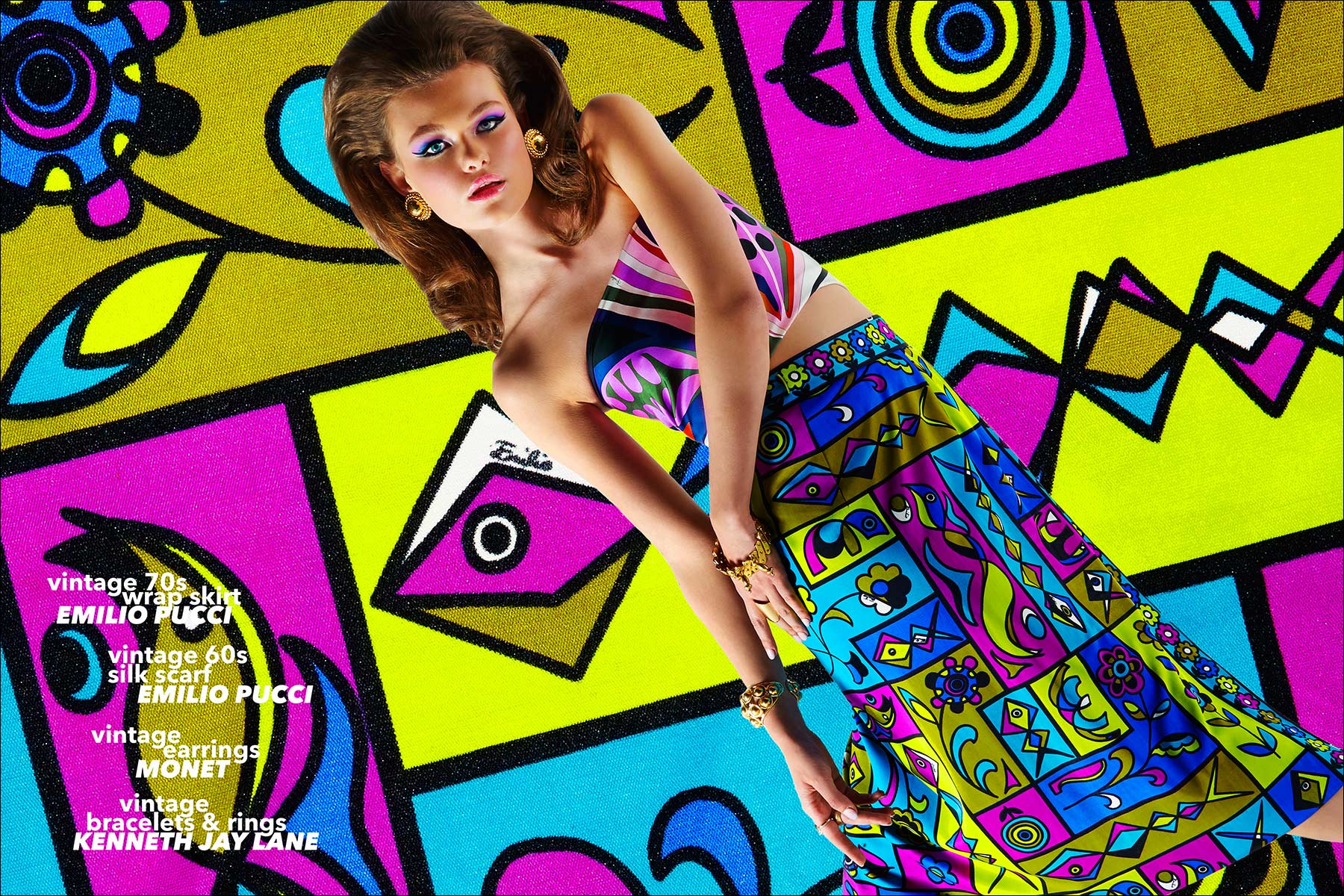 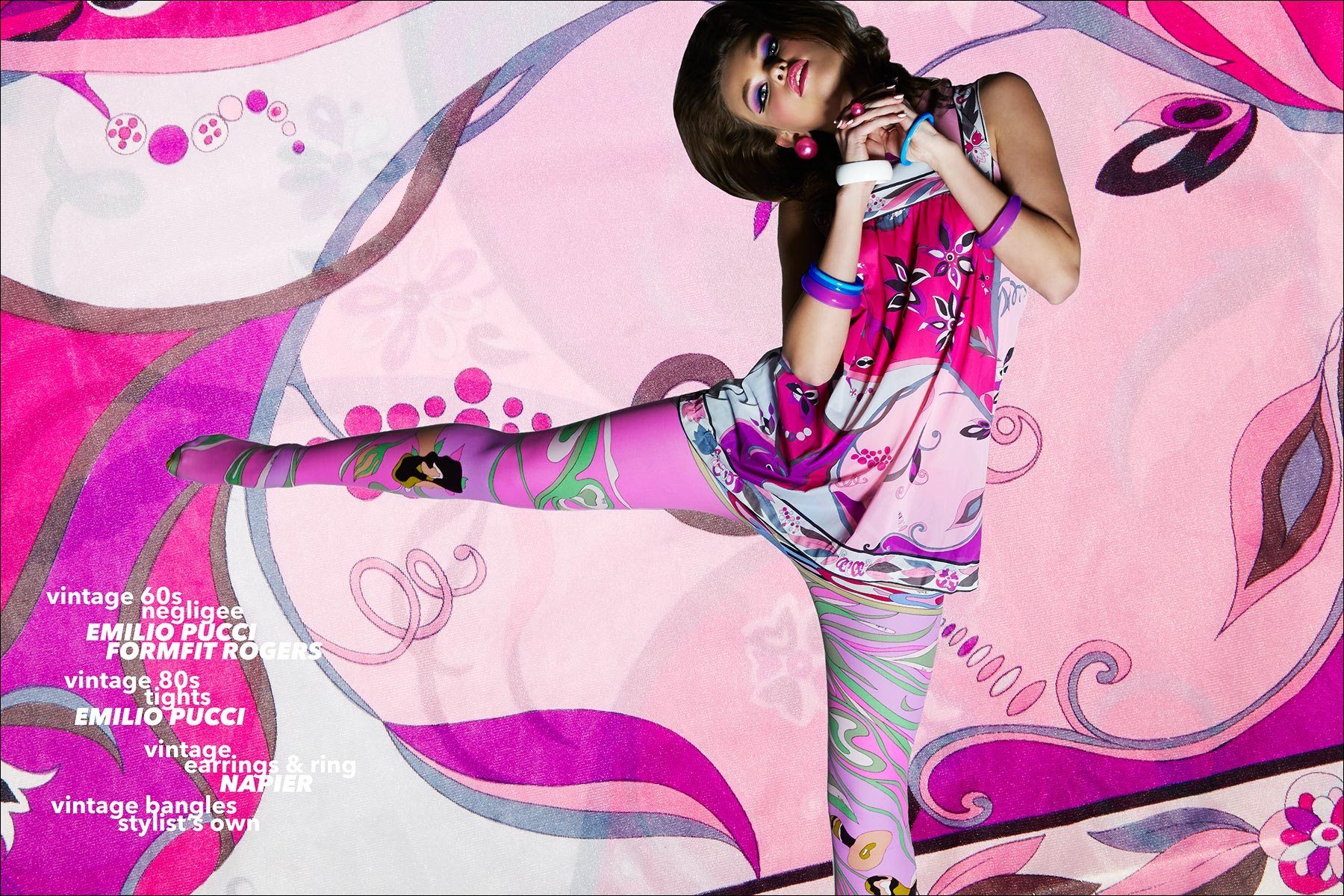 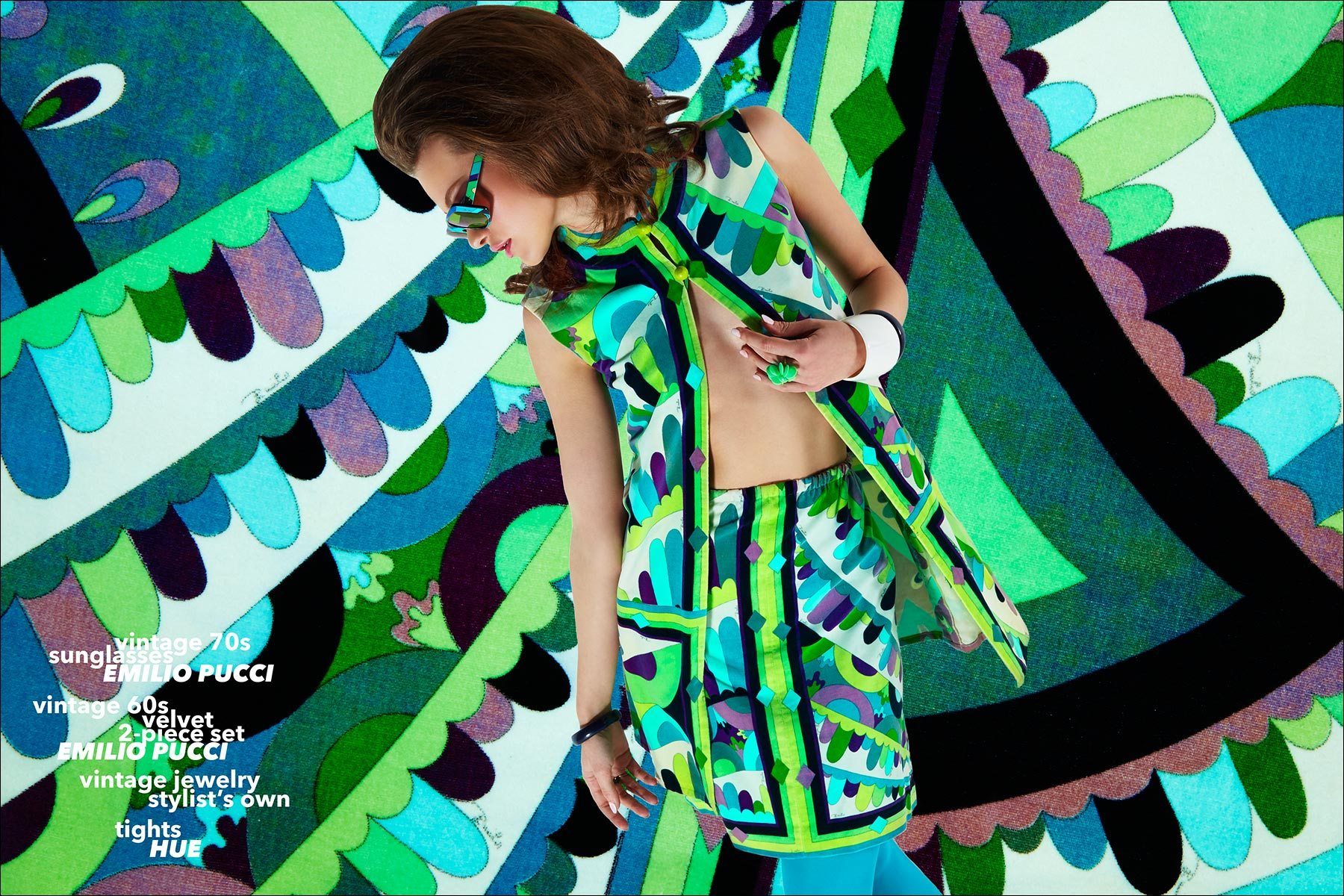 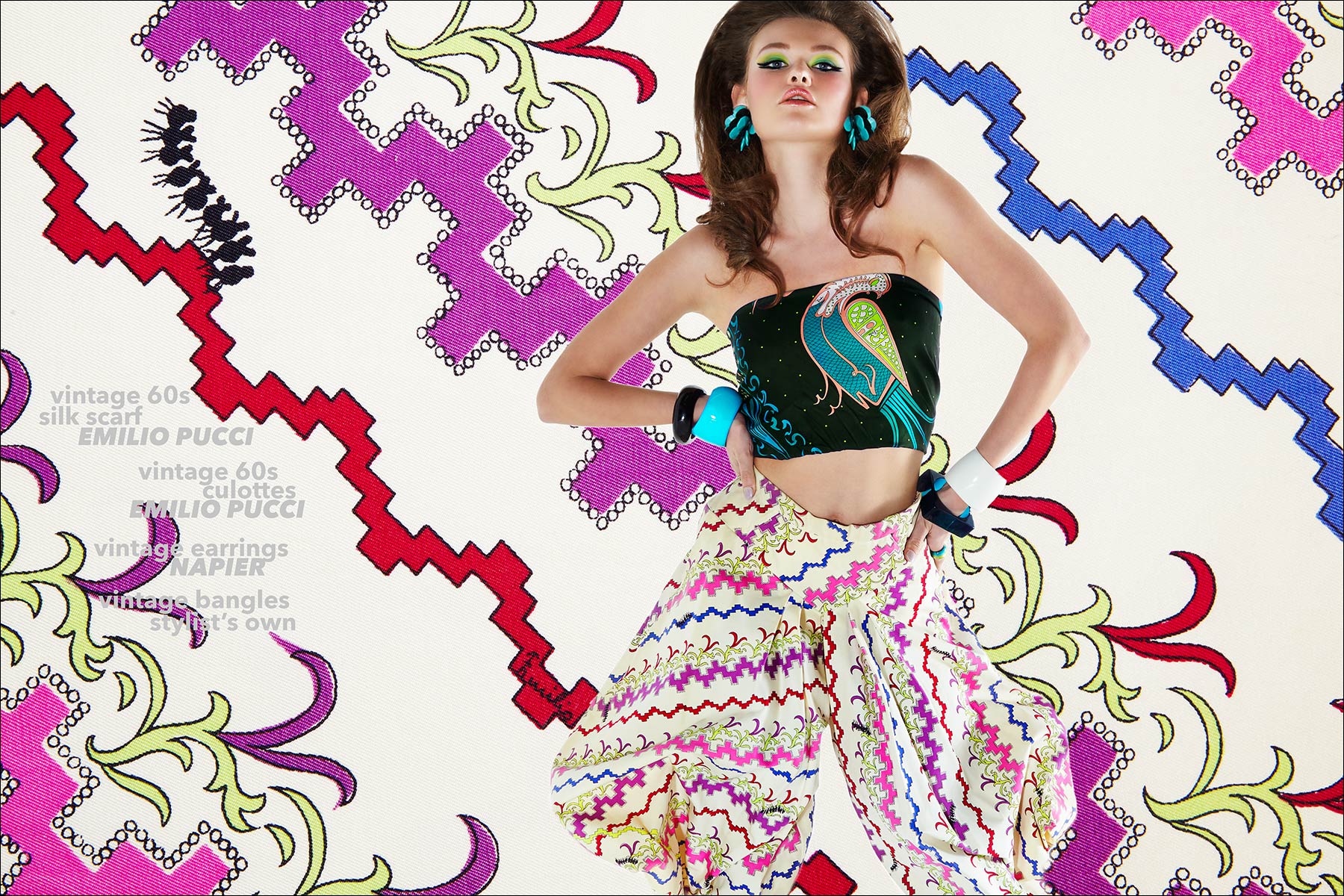 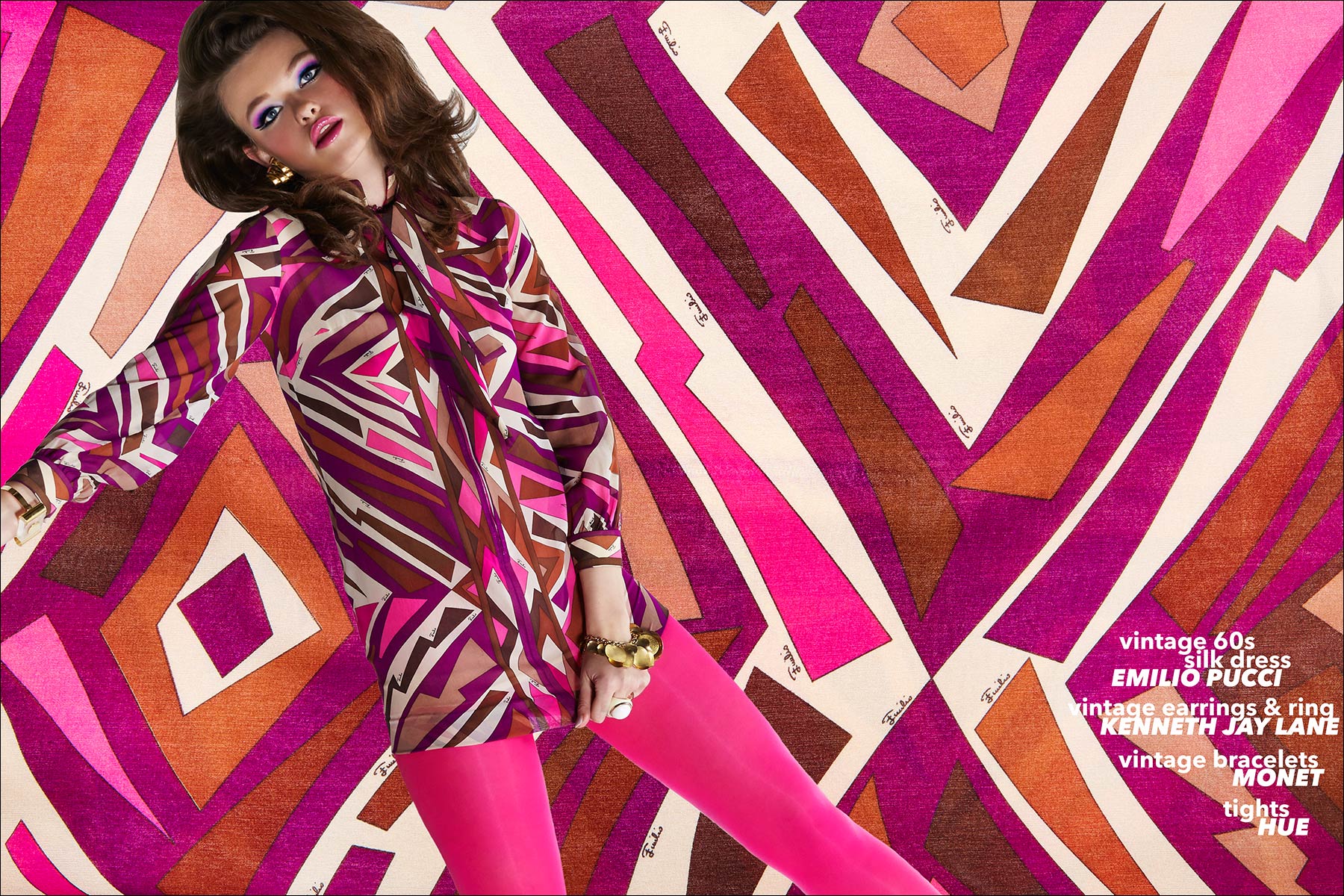 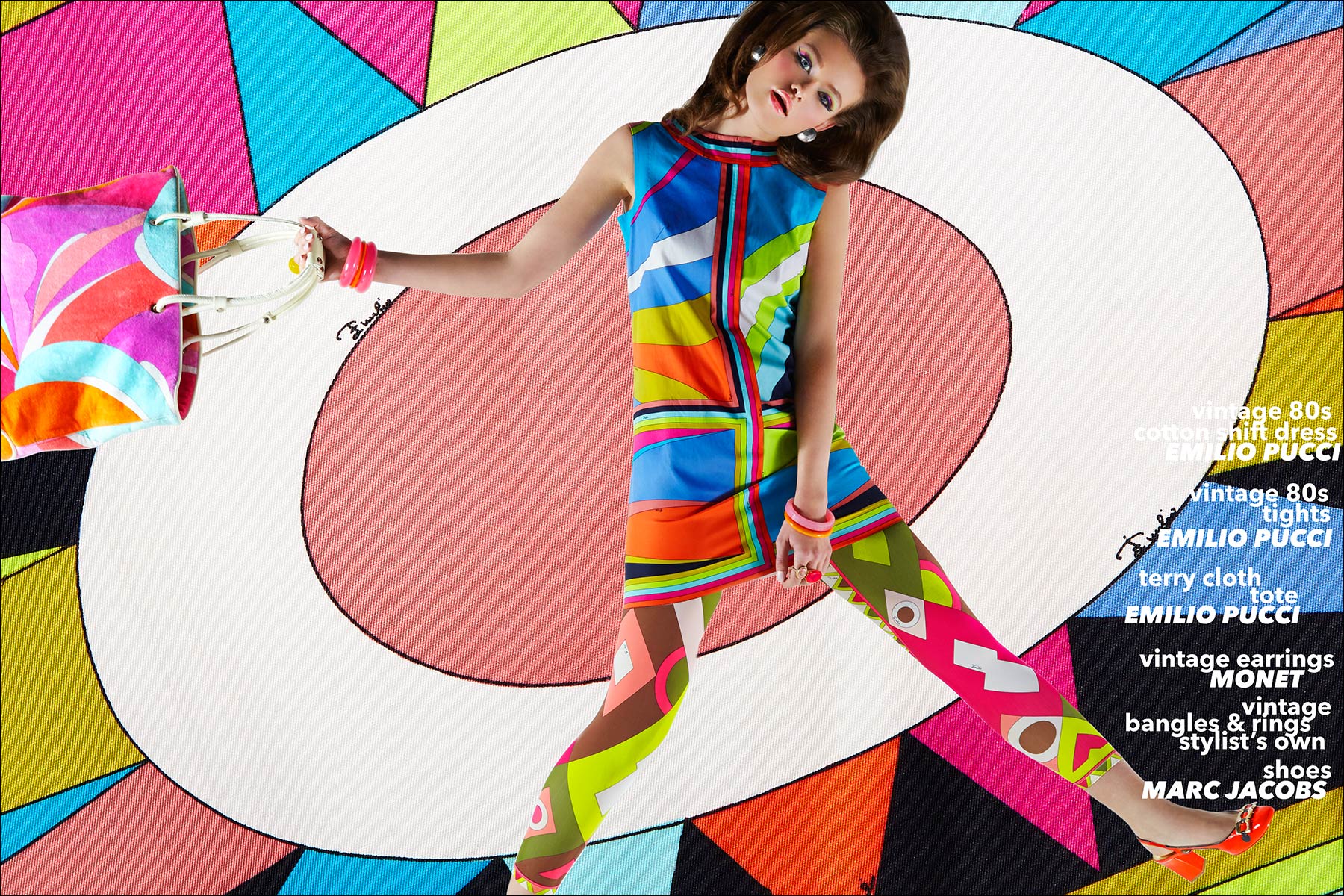 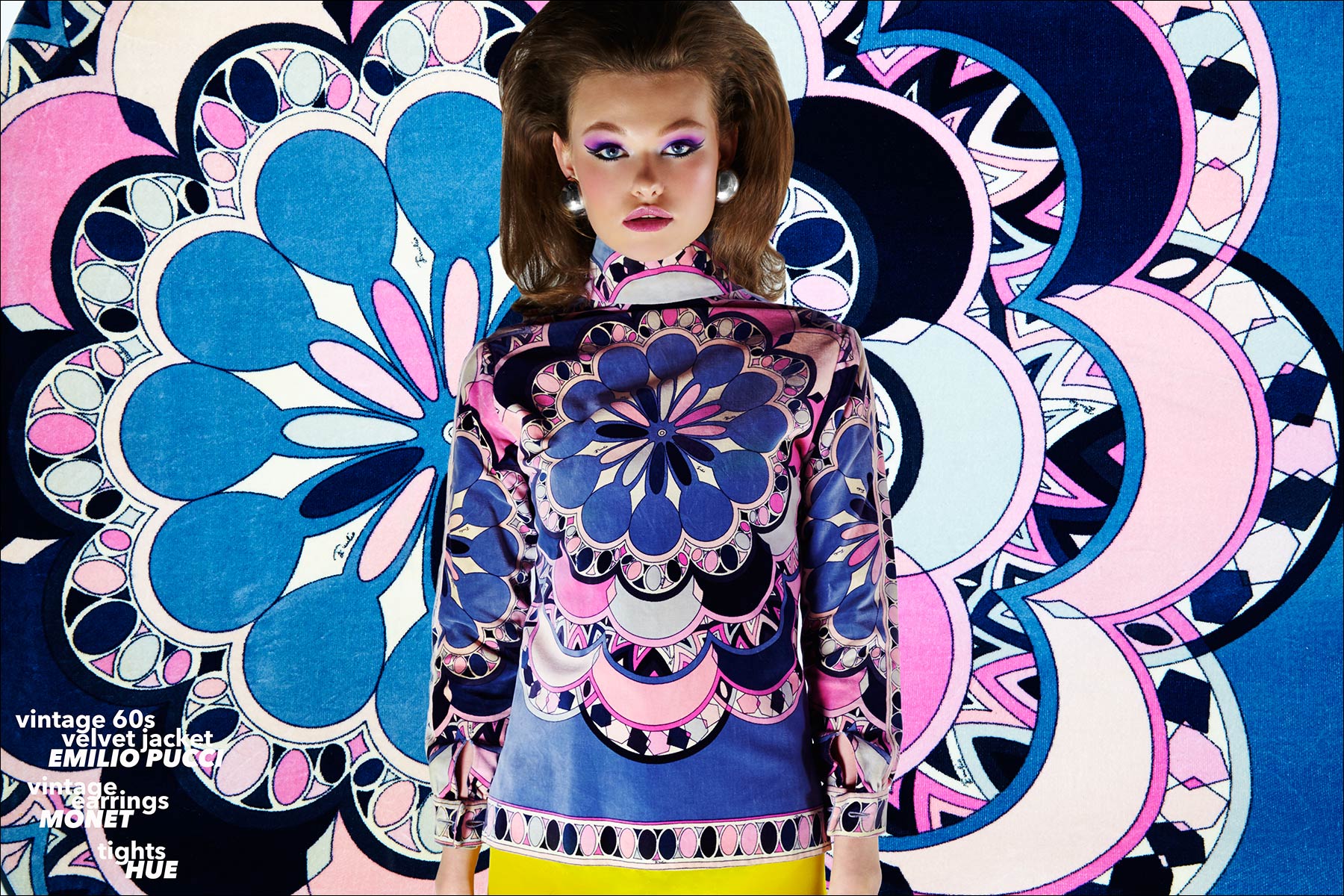 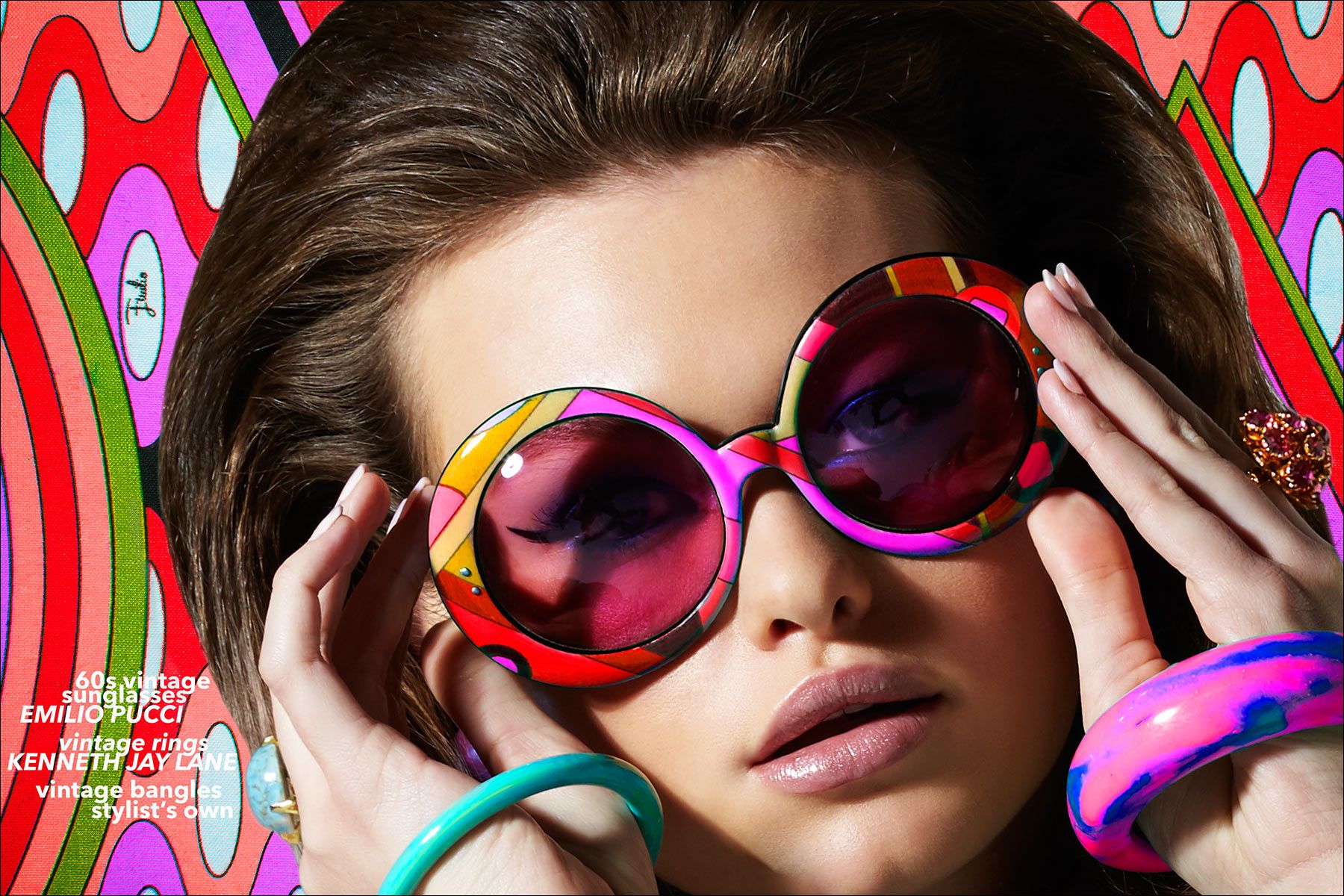 You know Pucci clothing, right? The brand that’s known worldwide for its signature prints, vivid color combinations and “made in Italy” luxury fashions. It was founded by the Marquis Emilio Pucci di Barsento, who created his first ensemble in 1947, which just so happened to be a sleek ski outfit. However, it wasn’t until 1951 that the designer started showing his Emilio Pucci collections to fashion buyers and press. In the next decade his following grew, primarily worn by socialites and international jet-setters, basically those who could afford to buy it. Marilyn Monroe was photographed wearing several Pucci looks in one of her final photo sessions, helping to catapult the clothing label into iconic status. But it really wasn’t until the mid 60s that psychedelic fashions hit the mainstream, thus bringing Emilio Pucci designs into many American homes. The label blew up! But by the early 70s, the Pucci look seemed outdated and was no longer in fashion. In recent years the Pucci clothing line has been revived with an updated modern day vision and is now owned by Louis Vuitton-Moet-Hennessy Group. But in our hearts, we’ll always love the look of vintage Emilio Pucci. Model Lily-Rose Cameron for New York Model Management. Photography Alexander Thompson. Stylist Xina Giatas. Makeup Flynn Pyykkonen. Hair Nicholas Shatarah. Photographed at Sandbox Studios Brooklyn. http://www.emiliopucci.com/

PF FLYERS
MADE IN USA