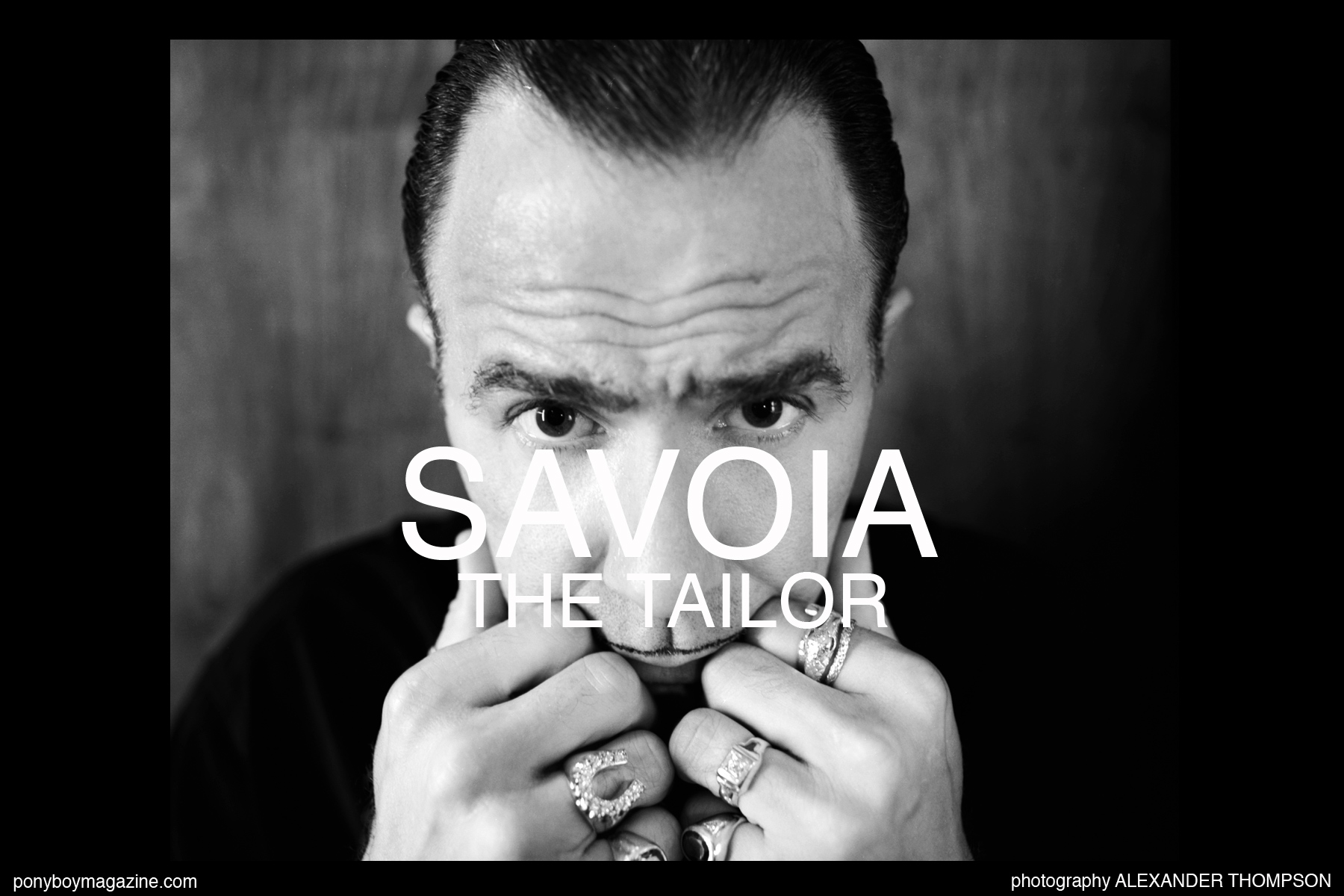 We at Ponyboy were extremely saddened by the loss of our dear friend Michele Savoia, known globally as “Savoia The Tailor”. Savoia made the most exquisite custom made suits for both executives and movies stars, including Robert De Niro, Matt Dillon and Mickey Rourke. When we first met Savoia it was in the mid- 90’s. He had just opened his beautiful haberdashery on East 7th Street in New York City, a throwback to 1930’s-40’s men’s Hollywood glamour. Heavily wooded with the finest touches, it also had a classy bar in the back for entertaining both clients and beautiful women. He was quite the character, like something out of a movie, with his bold Italian mannerisms. However, what really caught our attention was his impeccable sense of style and taste as he was always dressed to the nines back in the old days, never too cartoonish or “swing”, but more like he had just walked off a 1940’s Beverly Hills golf course or country club. His style had changed more in the latter years, but Savoia was way ahead of his time, a predecessor of sorts for the birth of hipster haberdasheries and fancy gentleman’s cocktails. At $4,000 a pop, his dapper suits were something most of us could only dream of owning. After 9/11 Savoia lost a chunk of his wealthy clientele and his shop in the East Village closed. Re-opening well over a decade later on Essex street, his new “gentleman’s club” would sadly be open for only a couple of years. But Savoia went on to teach at the Fashion Institute of Technology, made suits for Ricky Martin for the Broadway show “Evita” and had many other projects in the works, including a reality show. We asked some of his “inner” circle for some final thoughts on Savoia “the friend” and here are their responses. 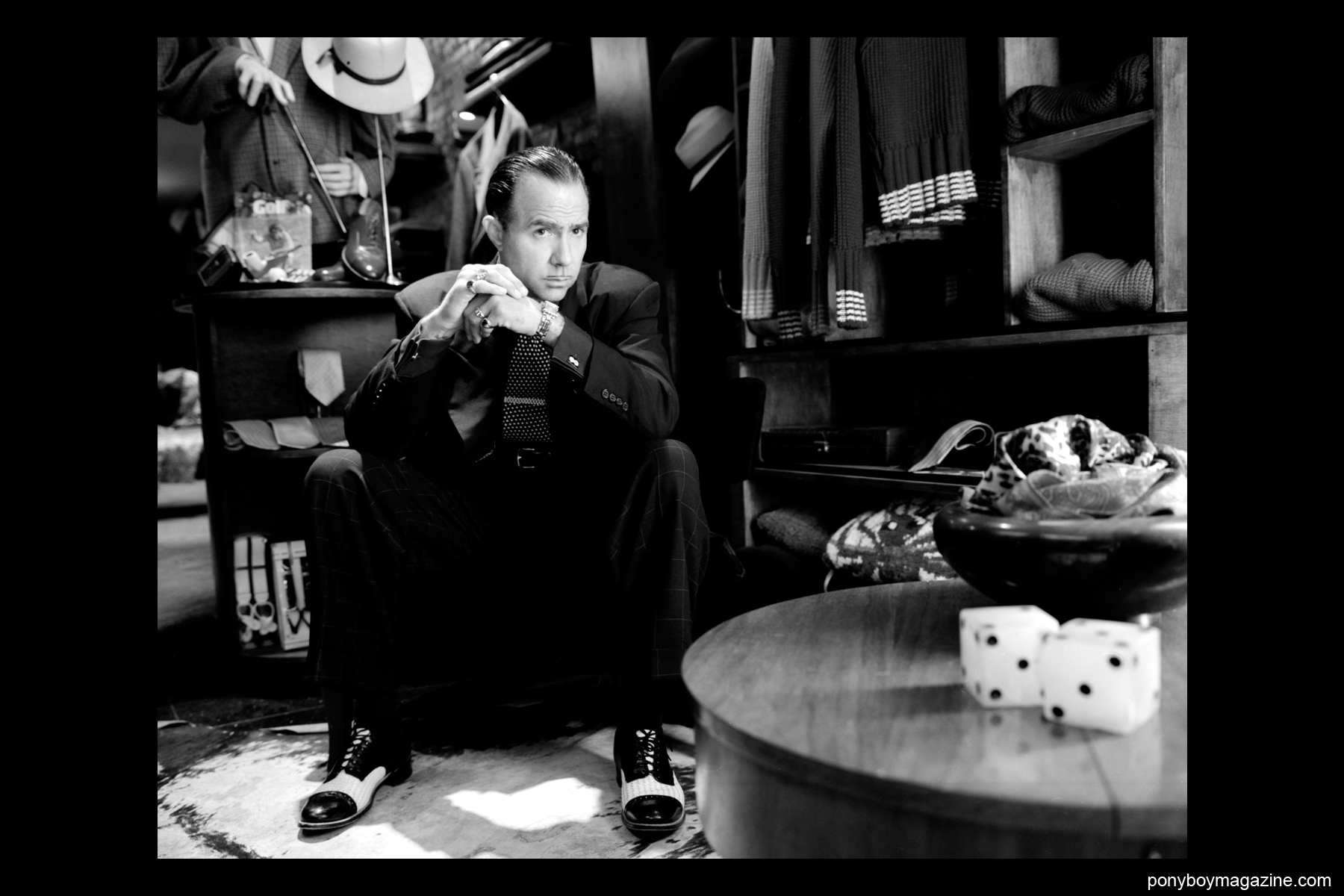 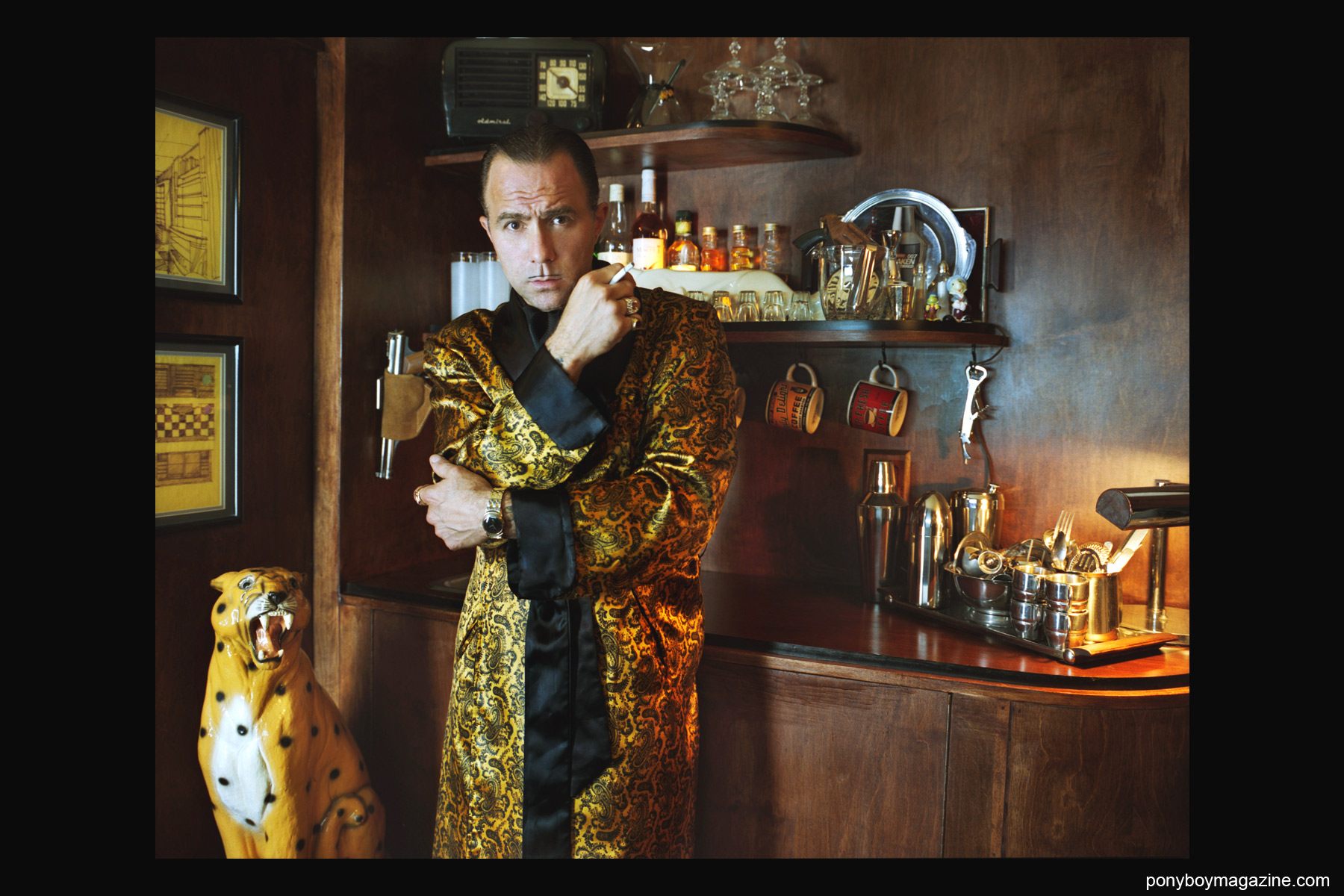 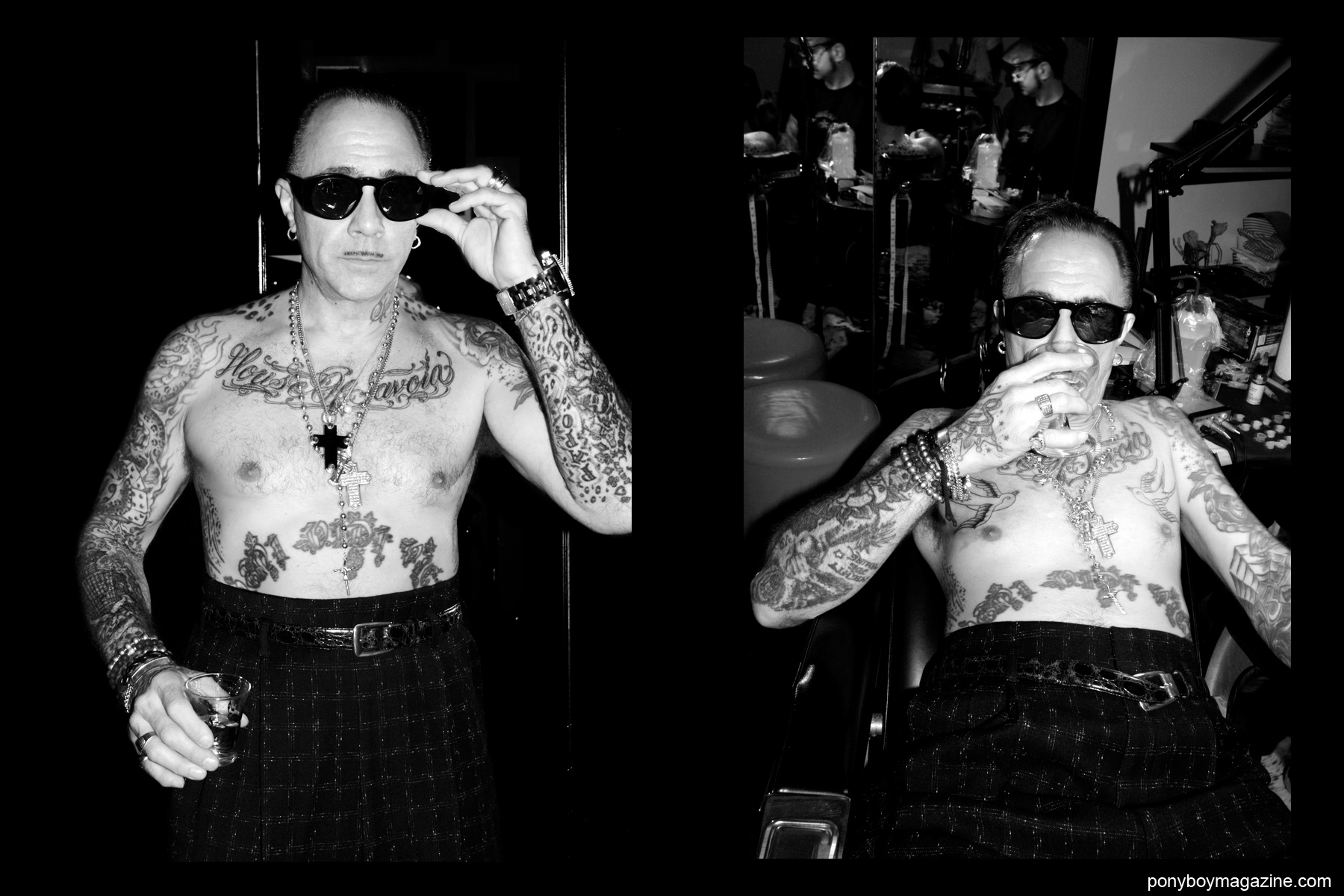 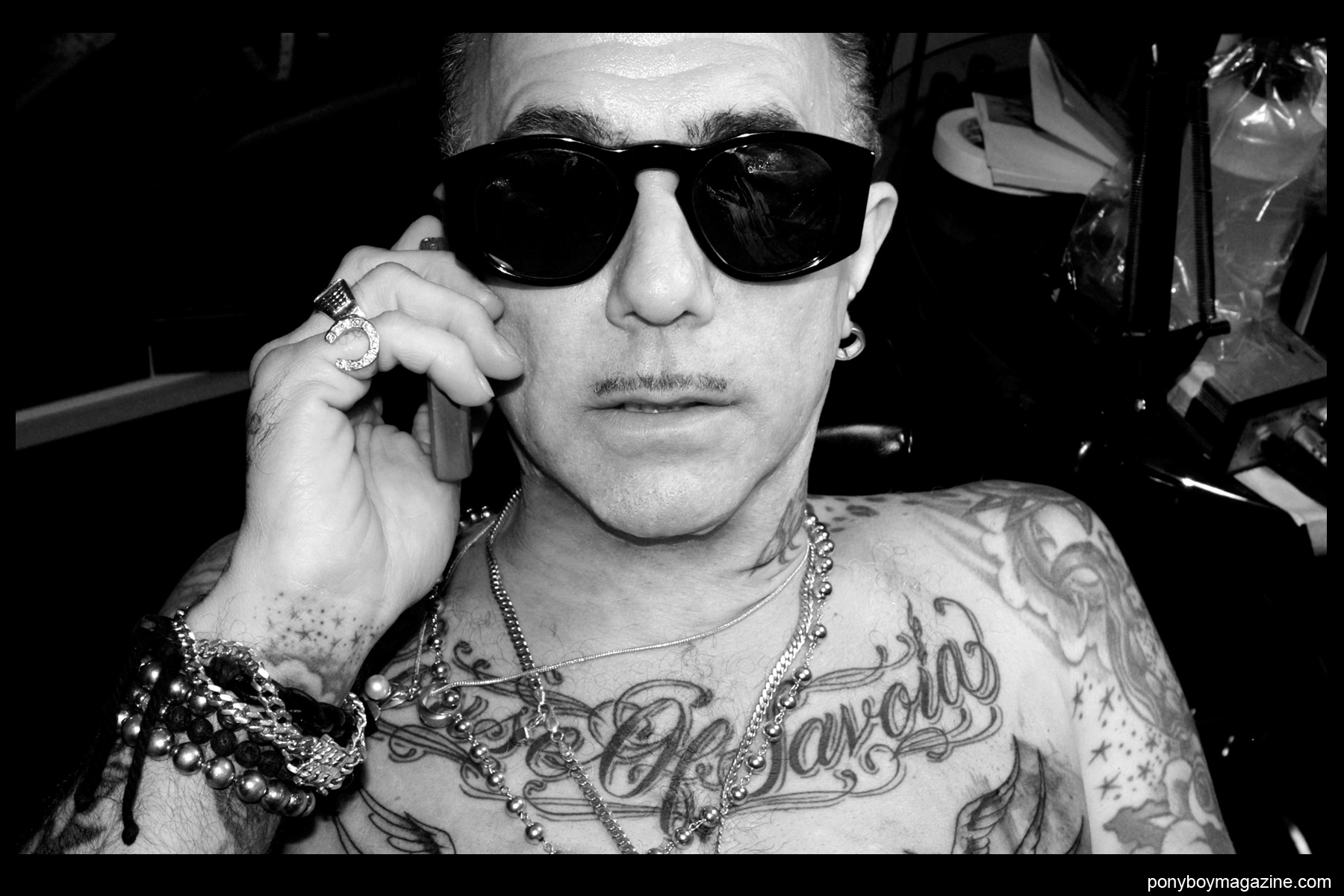 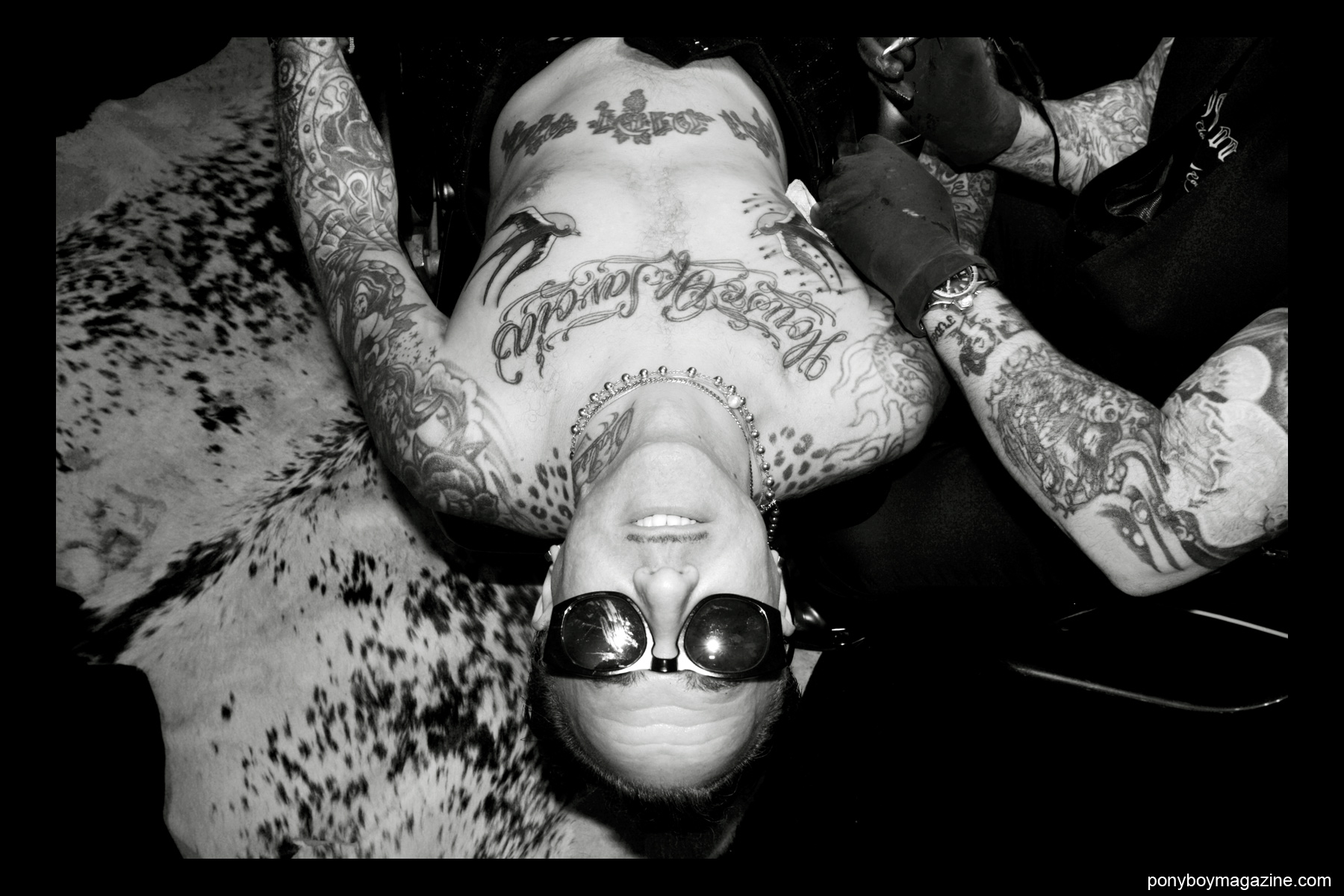 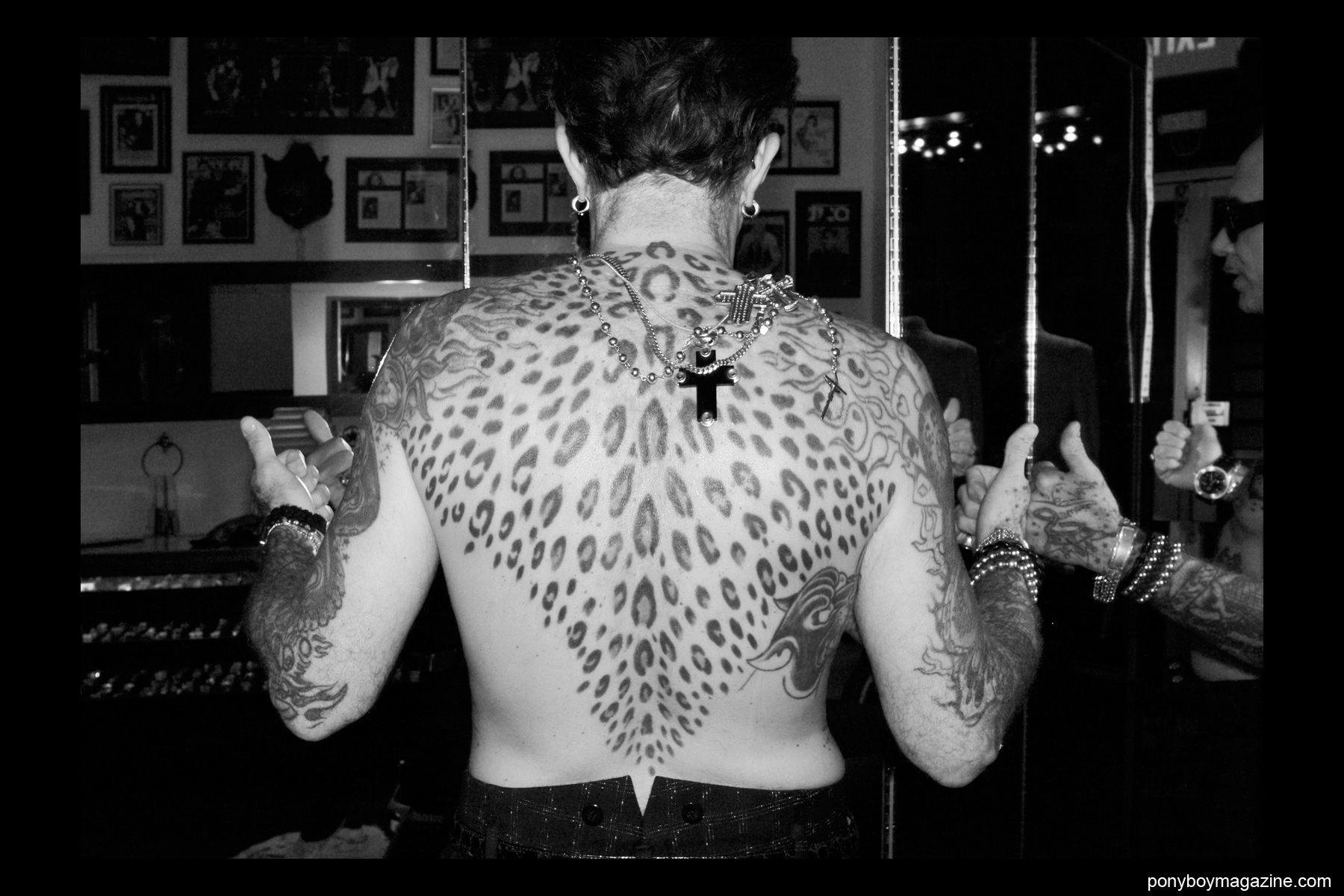 EDDIE CLENDENING, musician:  Savoia was a stylish motherfucker, that’s without question. He was also in every sense of the word, a character…who had character. He was abrasive and over the top in everything he got into, and I loved him for that. For all his flash, he had a love and respect for his friends that is rare to find. What he will be is missed; what he will never be is replaced.

REBECCA WEINBERG, stylist:  Savoia is was a gem! A gentleman through and through! NYC will never be the same. We’ve lost a true NY talent and icon.

BROOKLYN BABYDOLL, go-go dancer:  A wonderful artist, an unsurpassed talent, and a cordial welcoming friend. We had some mutual acquaintances and amongst that group of “gentlemen” he always treated me like a baby sister.

STEVEN EPSTEIN, client:  Certainly Savoia was a true bespoke tailor, fluent in every aspect of the process, from design to fabric selection, detail, proportion, and a perfect finish. What is much more difficult to describe, however, is the intangible “cool factor” that he imbued into every piece of clothing he made. I am afraid that the fashion world has lost a true icon.

KATY K KATTELMAN, designer:  When I was still in New York in the 80’s he turned me on to some contractors who helped me produce my western shirts. The last time I saw him was 2011 at his shop. We communicated on Facebook as recently as 2 weeks ago. I often bragged about him to my Nashville friends as he was the best men’s tailor outside of Manuel that I ever met. I had an oil painting of a sailor that I bought at a garage sale that I wanted to give him for his boat. It hasn’t really sunk in, this whole thing. I’m sorry…

ELLEN CHRISTINE, milliner:  A needle in a haystack, talent through the moon, style to beat the band, and a true Downtown spirit. With his leaving the scene, so goes another piece of true flavor of Manhattan.

BLAIR MCSORLEY, former personal assistant:  He taught me so much about how to carry your own personal style. And he flourished with those who were bold enough as he was to flaunt it. Which was truly inspirational, and touched many people he came across both personally and professionally.

BETTINA MAY, burlesque performer:  Savoia was such a fascinating character, with his iconic personal style. He left his mark on the men on New York and beyond with his beautifully made suits. I’m so lucky to have known him, however briefly; he will be greatly missed.

LUIGI “BABE” SCORCIA, photographer:  The “Fat Black Pussy Cat” was Savoia, Hood and myself. I first met Savoia at a Brooklyn BBQ party run by Roddy C. At the party was the cast from “Good Fellows” the movie, and those guys might have been good actors but Savoia was the real deal. The next time I saw him was in “93 in South Beach, on the beach in his famous leopard print bathing suit (he loved animal prints, man did he have style)! I then met a doorman named John Hood, and we all agreed to do a night where we drink for free and our friends drink for free. This began “Fat Black Pussy Cat” story. Each week there was a new secret password to get in, like “Witches’ Brew” (Miles Davis’ composition). Hood came up with it after he did a line for inspiration. I had the voice machine at my condo to call in the password. I would photograph the celebs at the club and post them in the nightlife section of the “Miami Herald”, which I worked for with “The Queen of the Night” Tara Solomon. Savoia designed the club in, of course, leopard print. He was the pied piper of pied pipers, and he new every movie star, drug dealer, drag queen, politician, cop, sportscaster and gangster on the beach. He loved his gangster 101, and would quote all the mob movies. He knew every line from “Scarface”. He was “all mobbed up”, a term that means dressed to kill with style. We drove around in my ‘69 yellow coupe Deville Caddy driven by Big Ben, who was a bouncer at the club by night and tattoo artist by day. Savoia was bigger then life, lived large and when he fell he would always bounce higher than before. There will never be another Savoia in my lifetime or yours. With a body full of tattoos, the one that first comes to mind is “Veni, vidi, vici”. Savoia went out with style like we knew he would. He was one kool kat who had more then nine lives. How he lived in one-day, most people couldn’t do in a lifetime. In the end I bet Saint Peter at the pearly gates would comp him and his guests.

“Me, I want what’s coming to me. The world, and everything in it.”, from the movie “Scarface”.