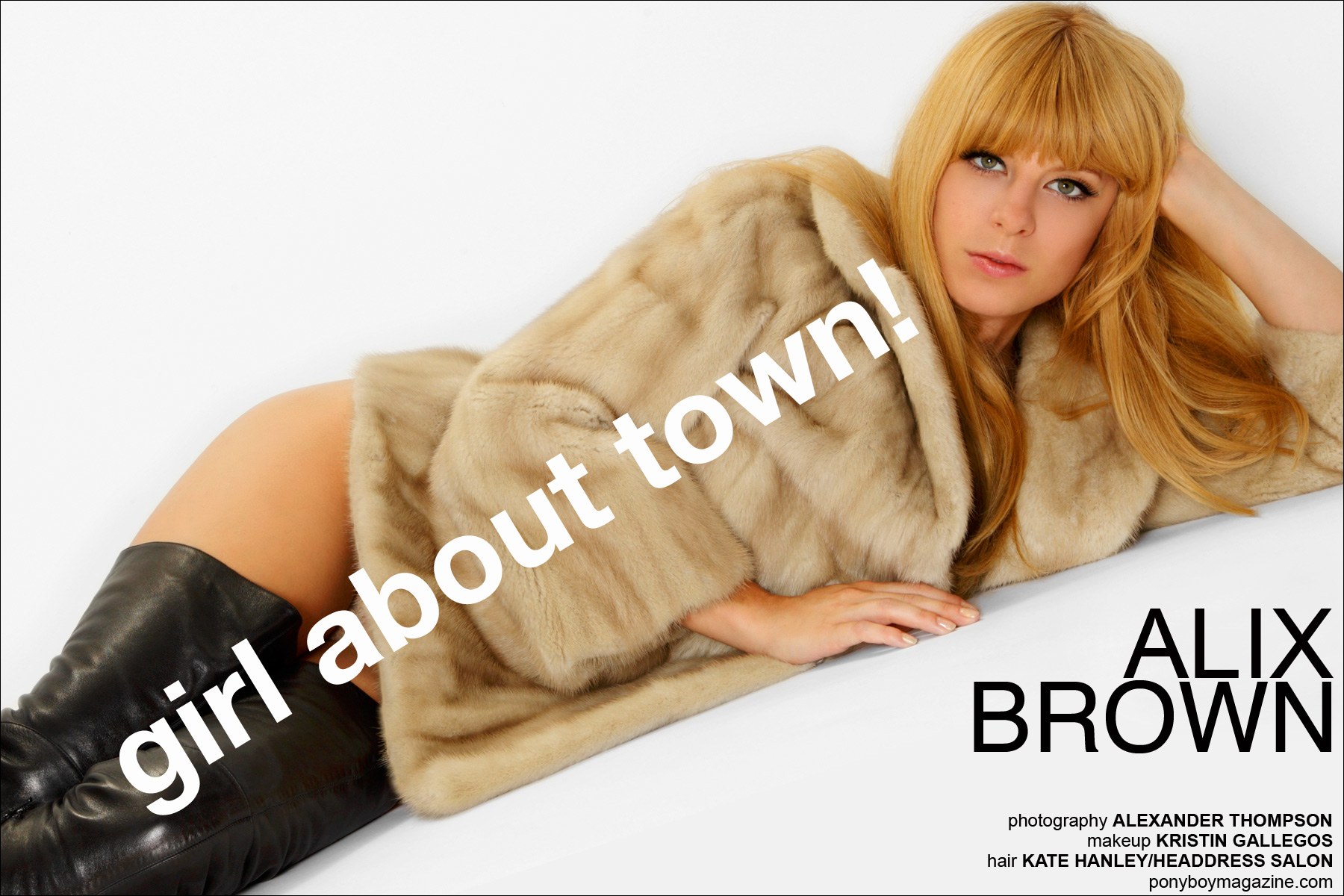 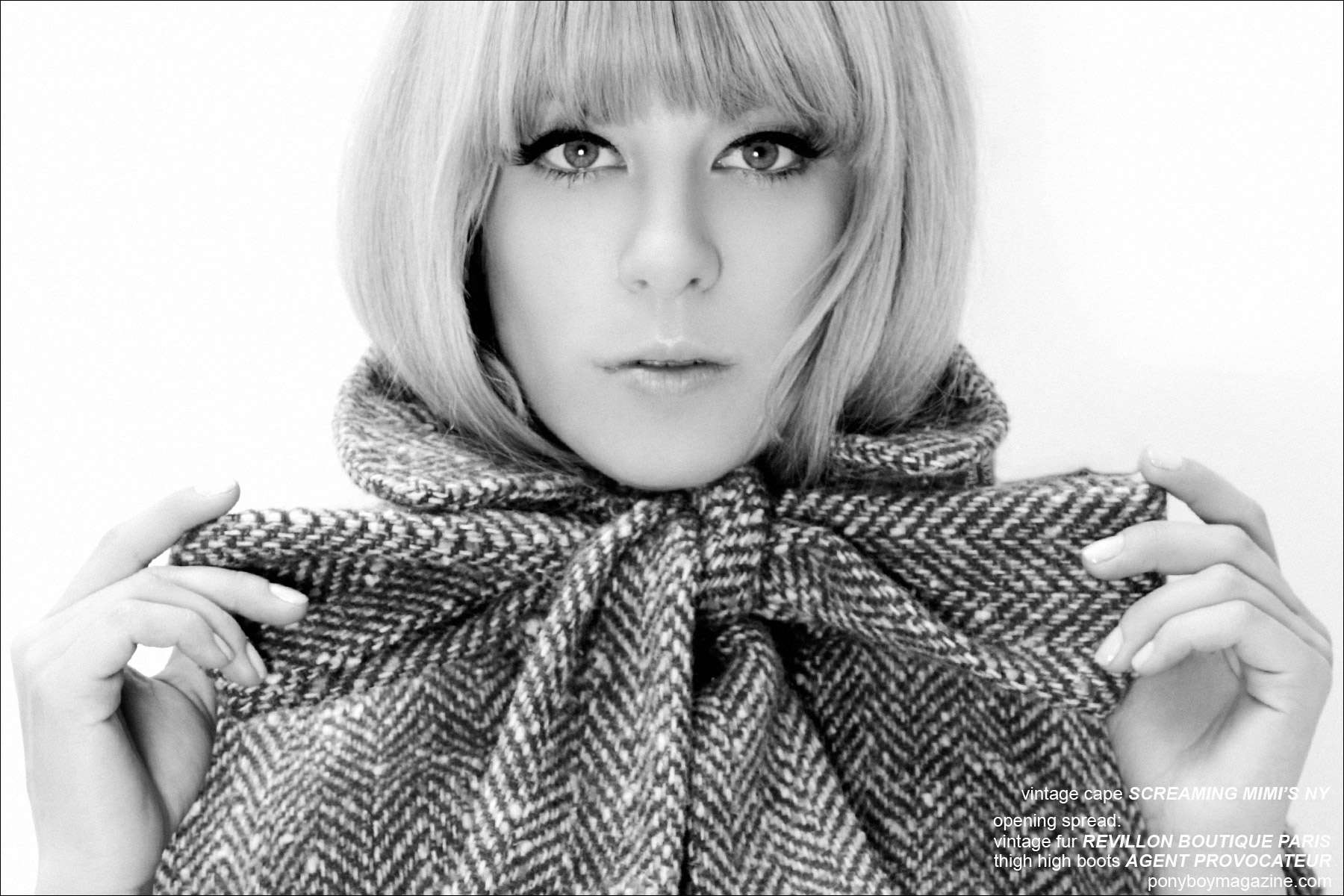 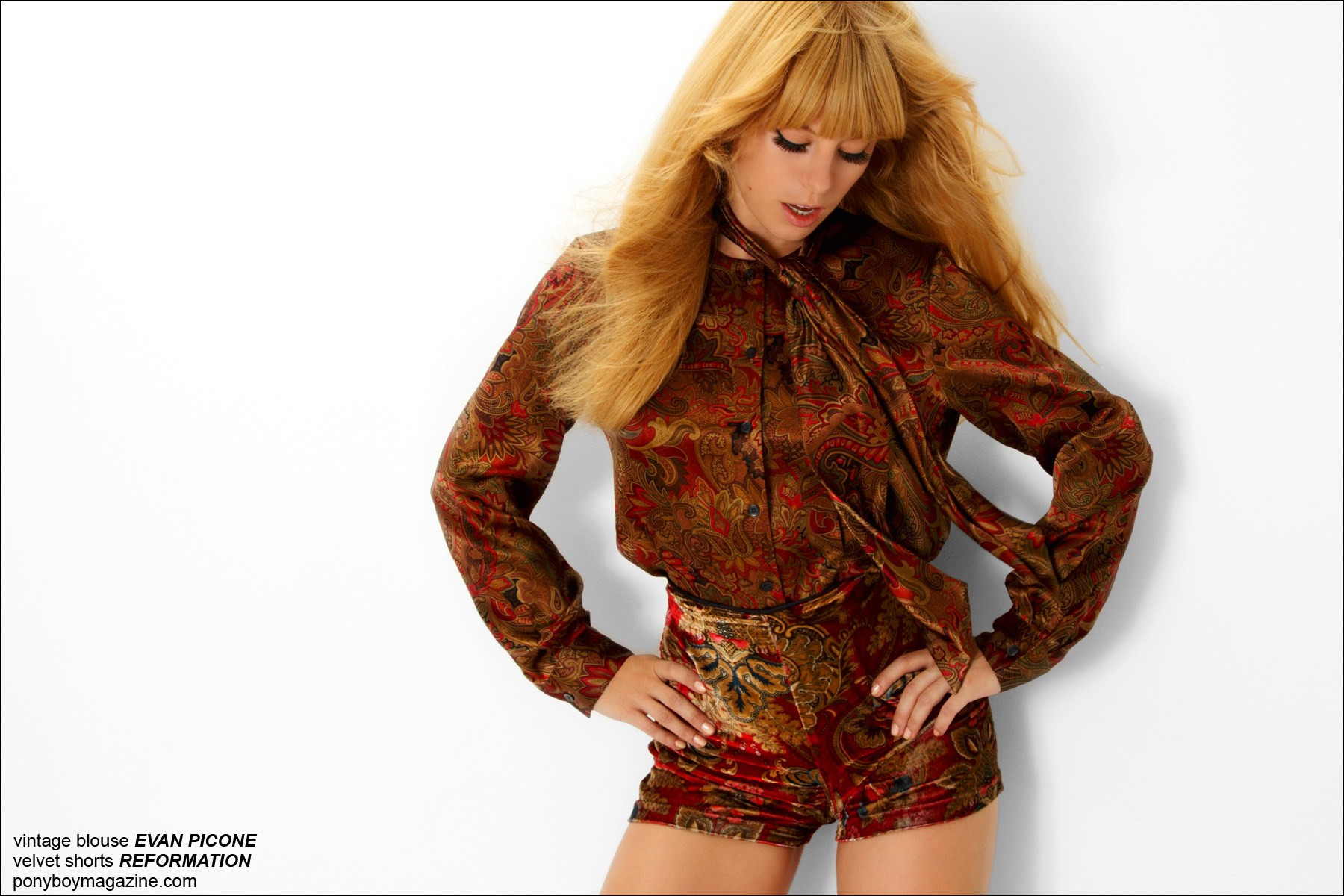 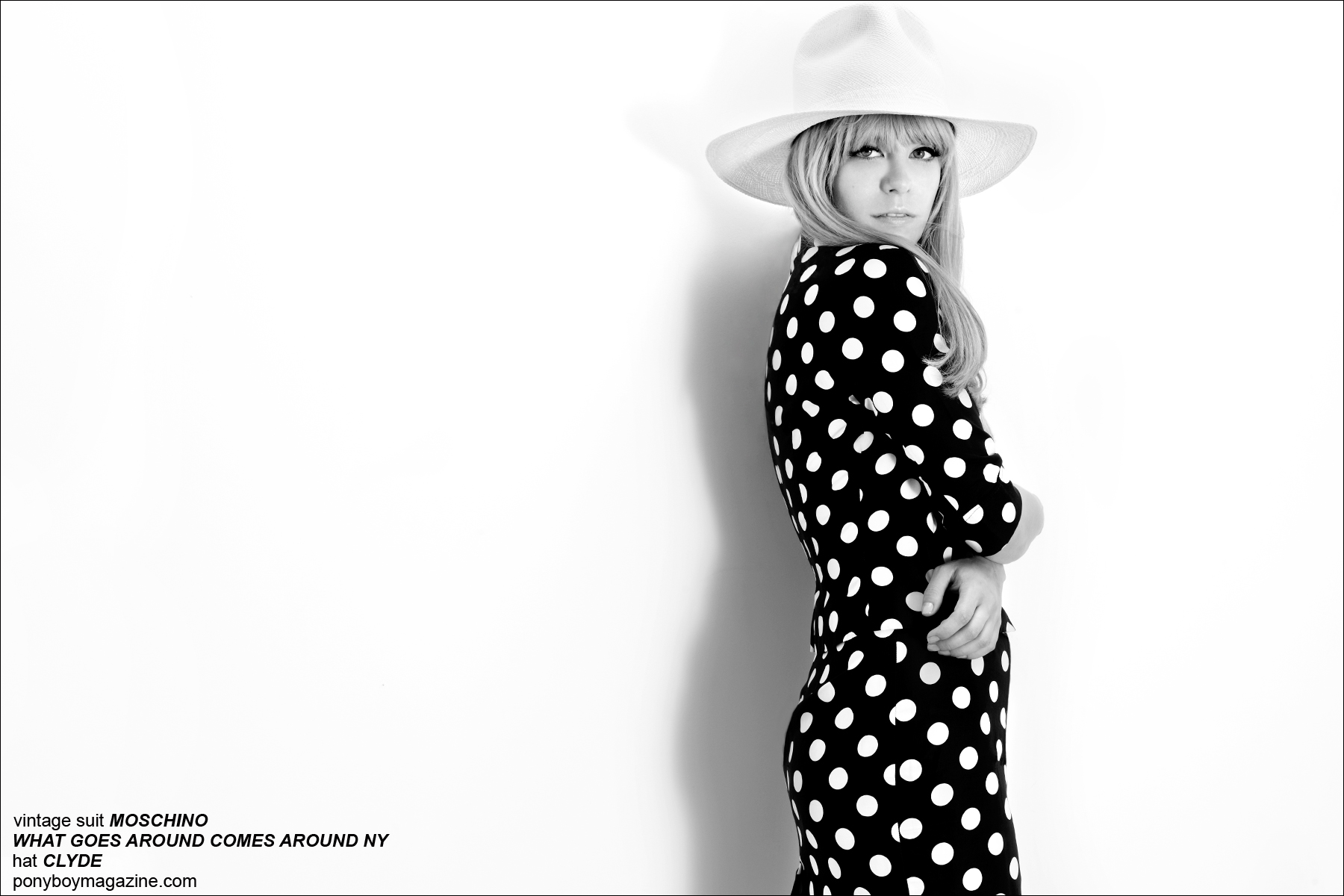 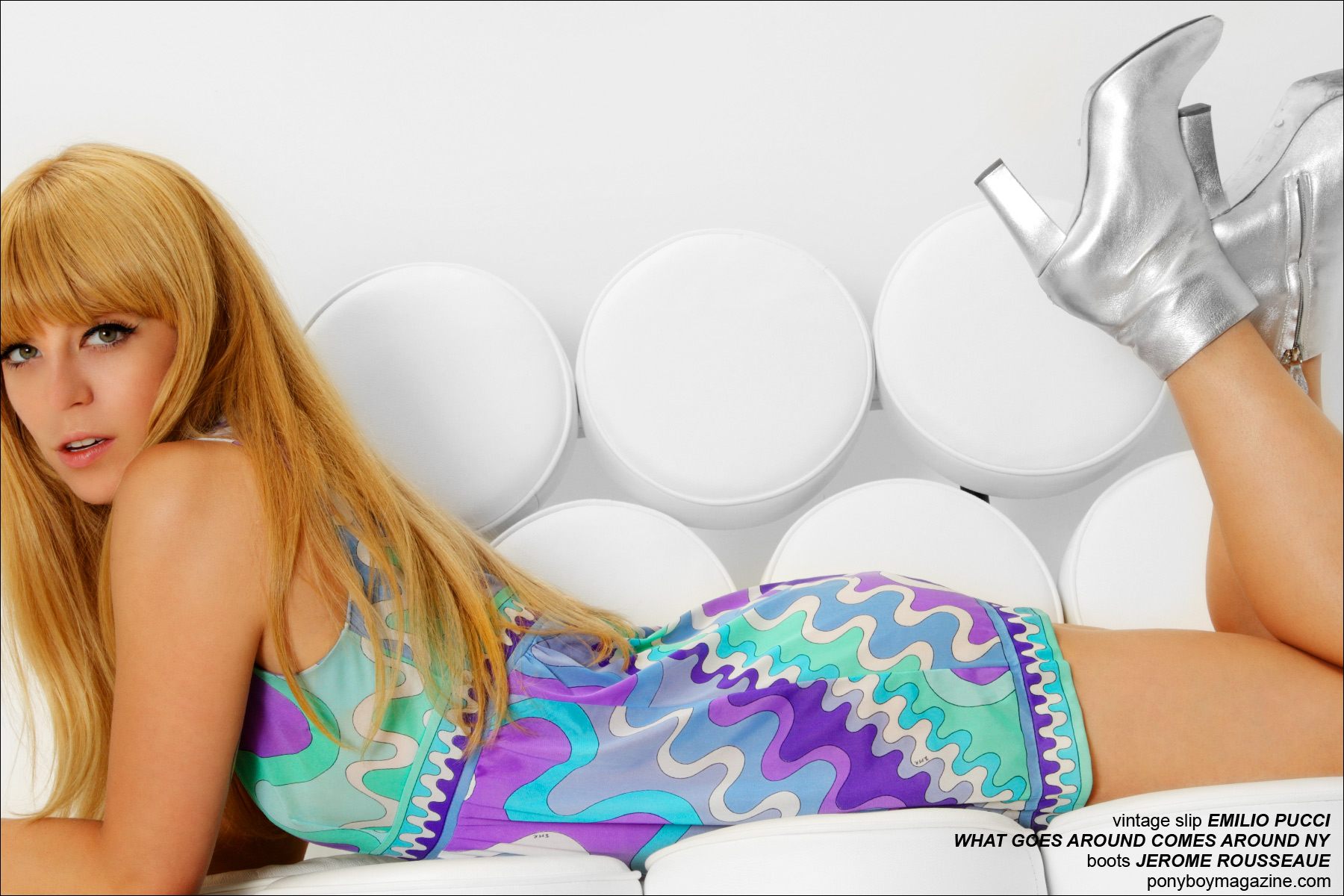 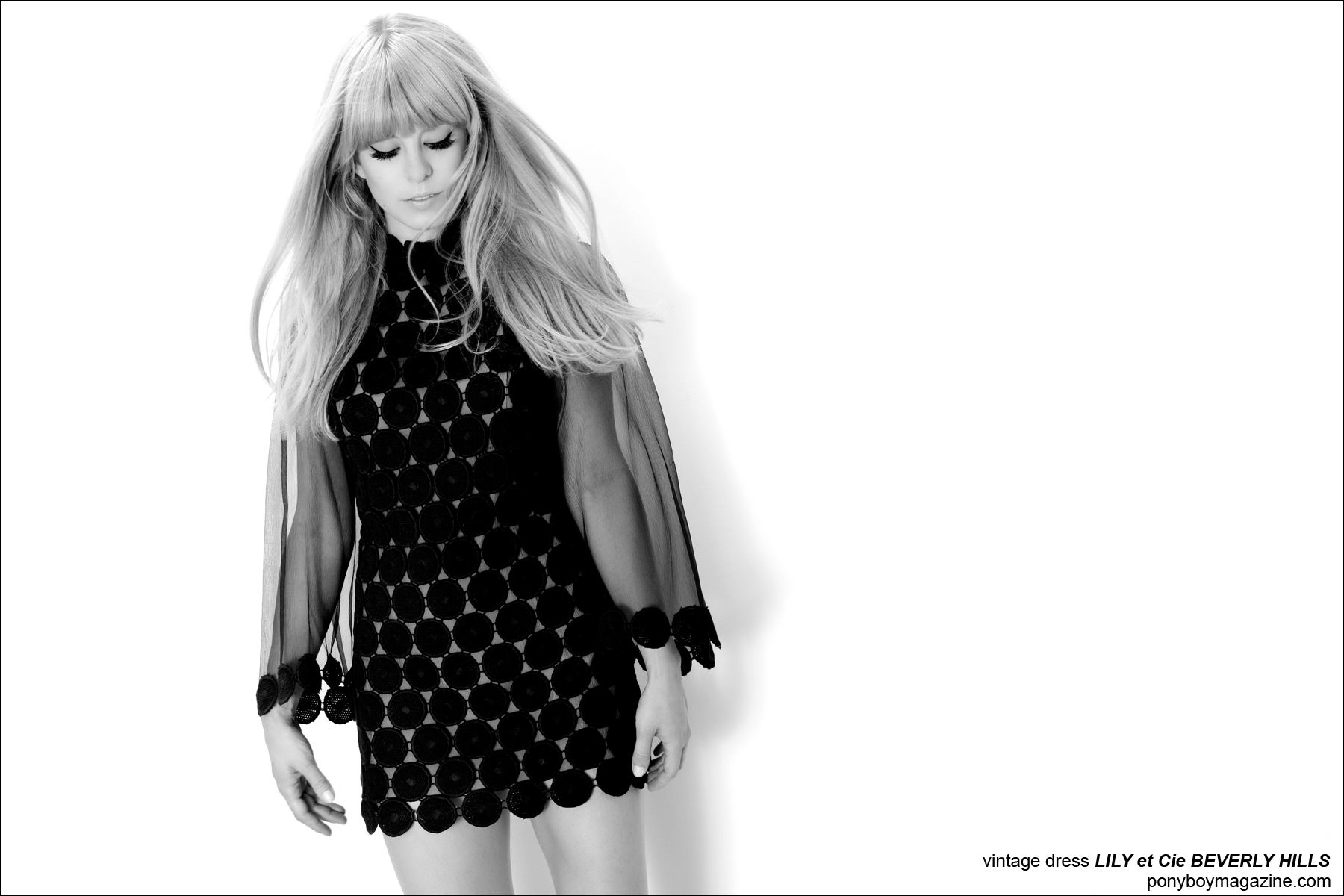 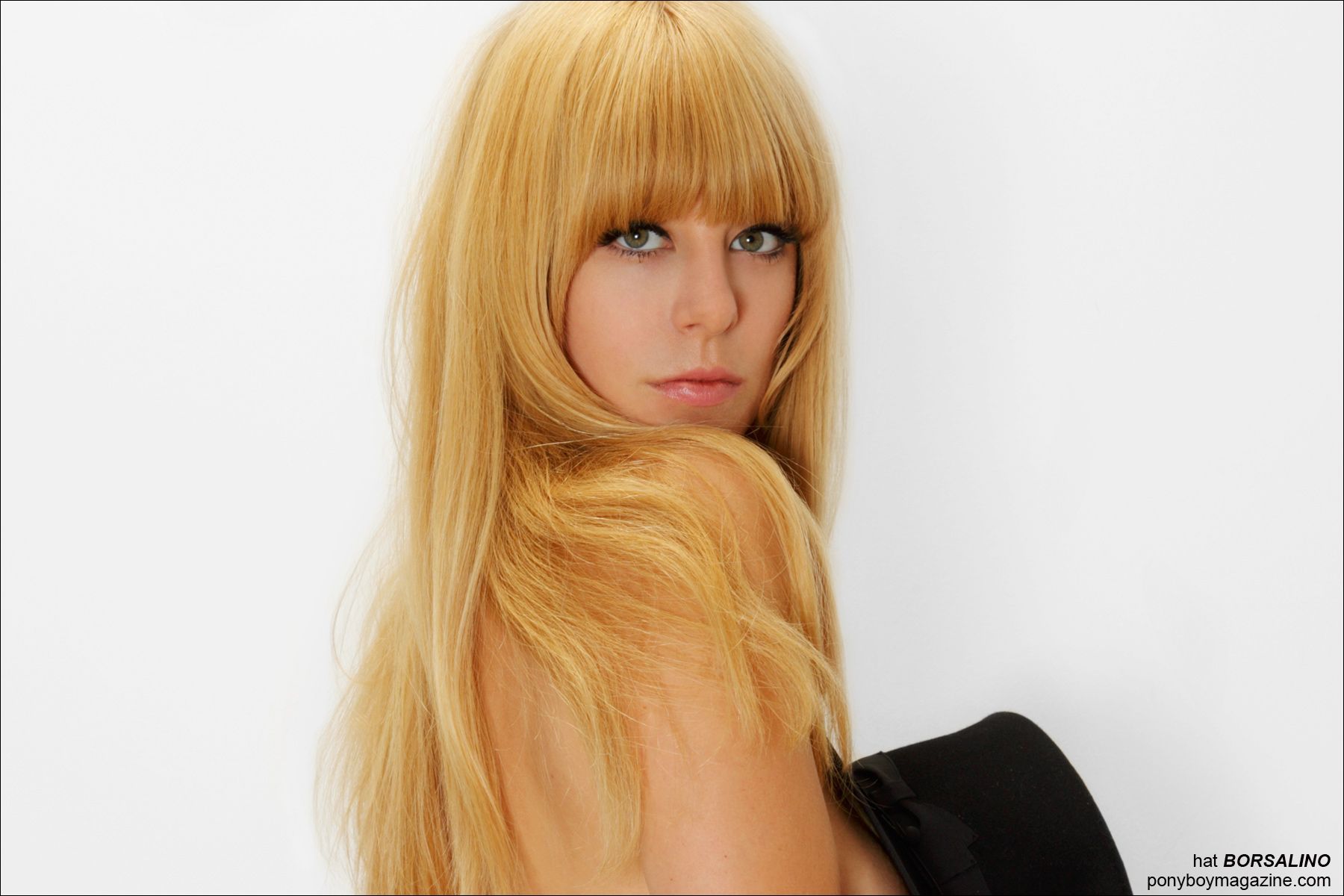 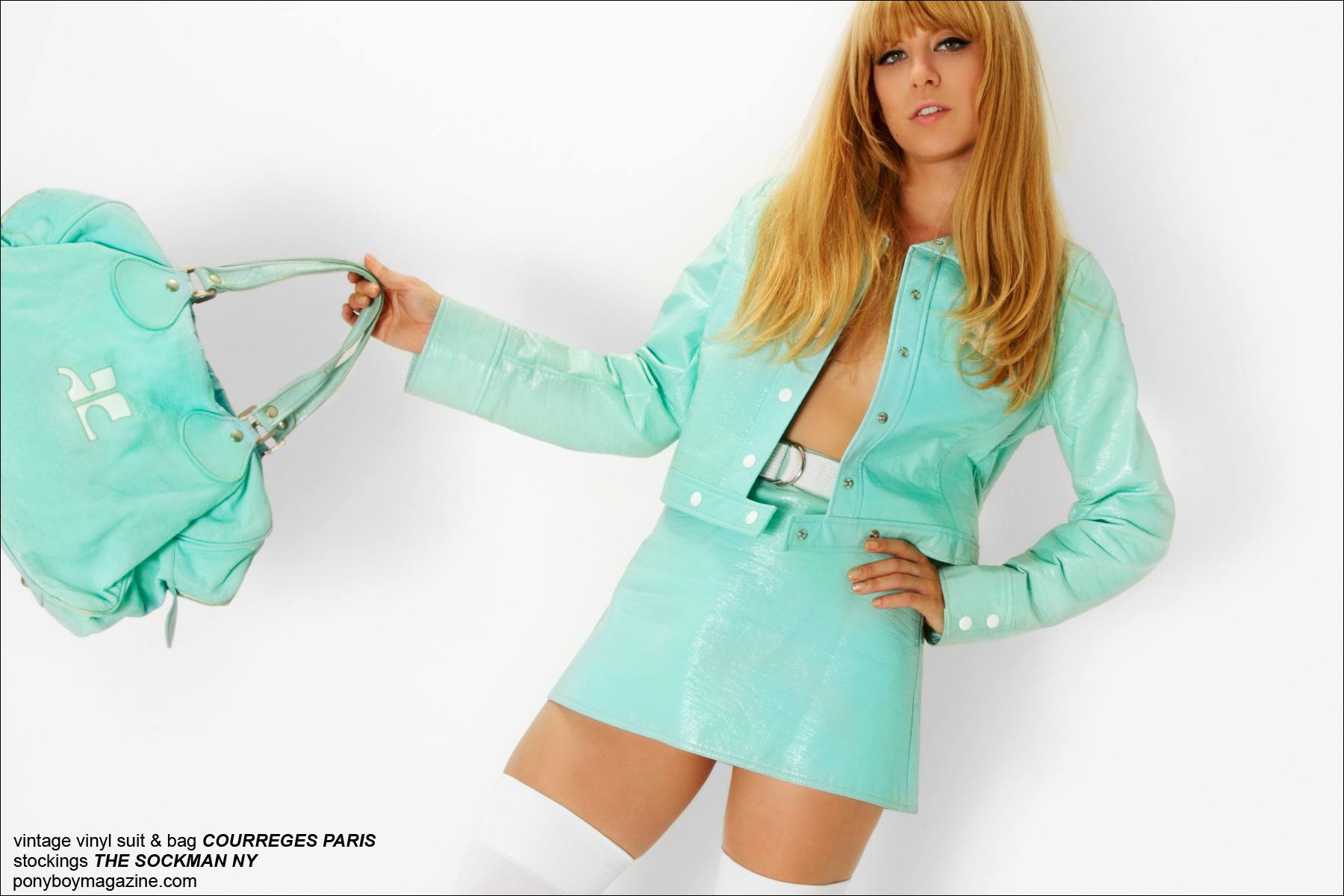 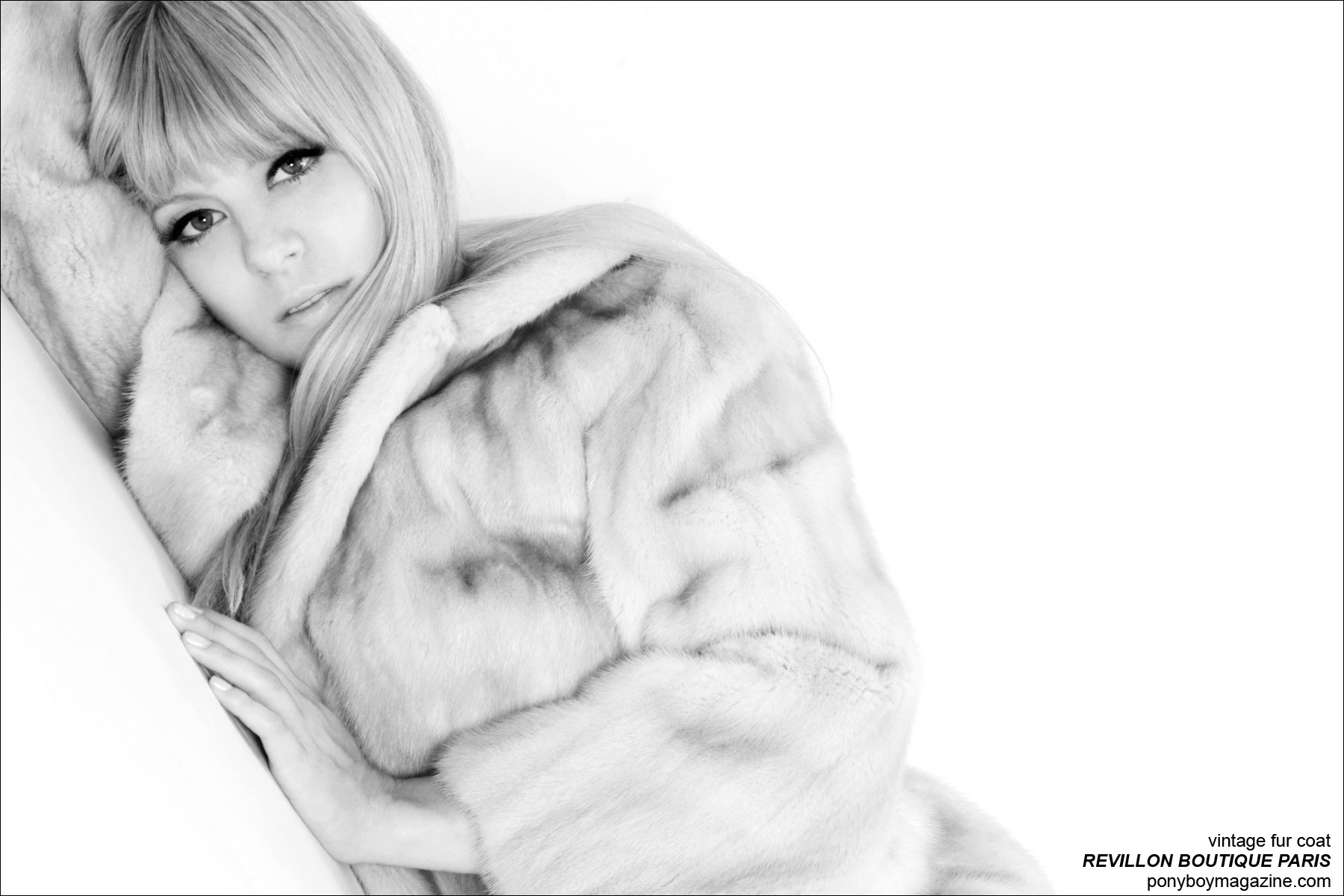 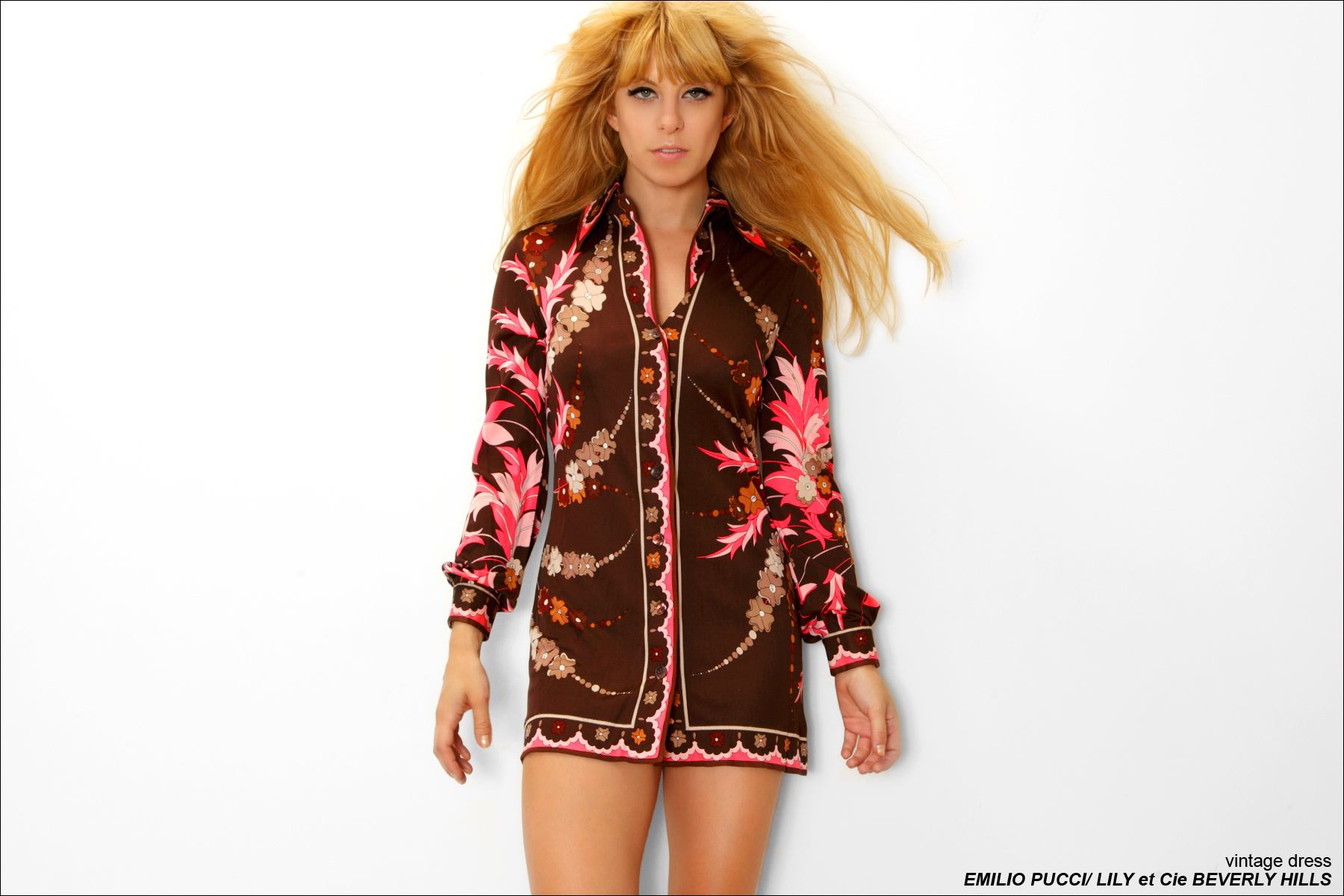 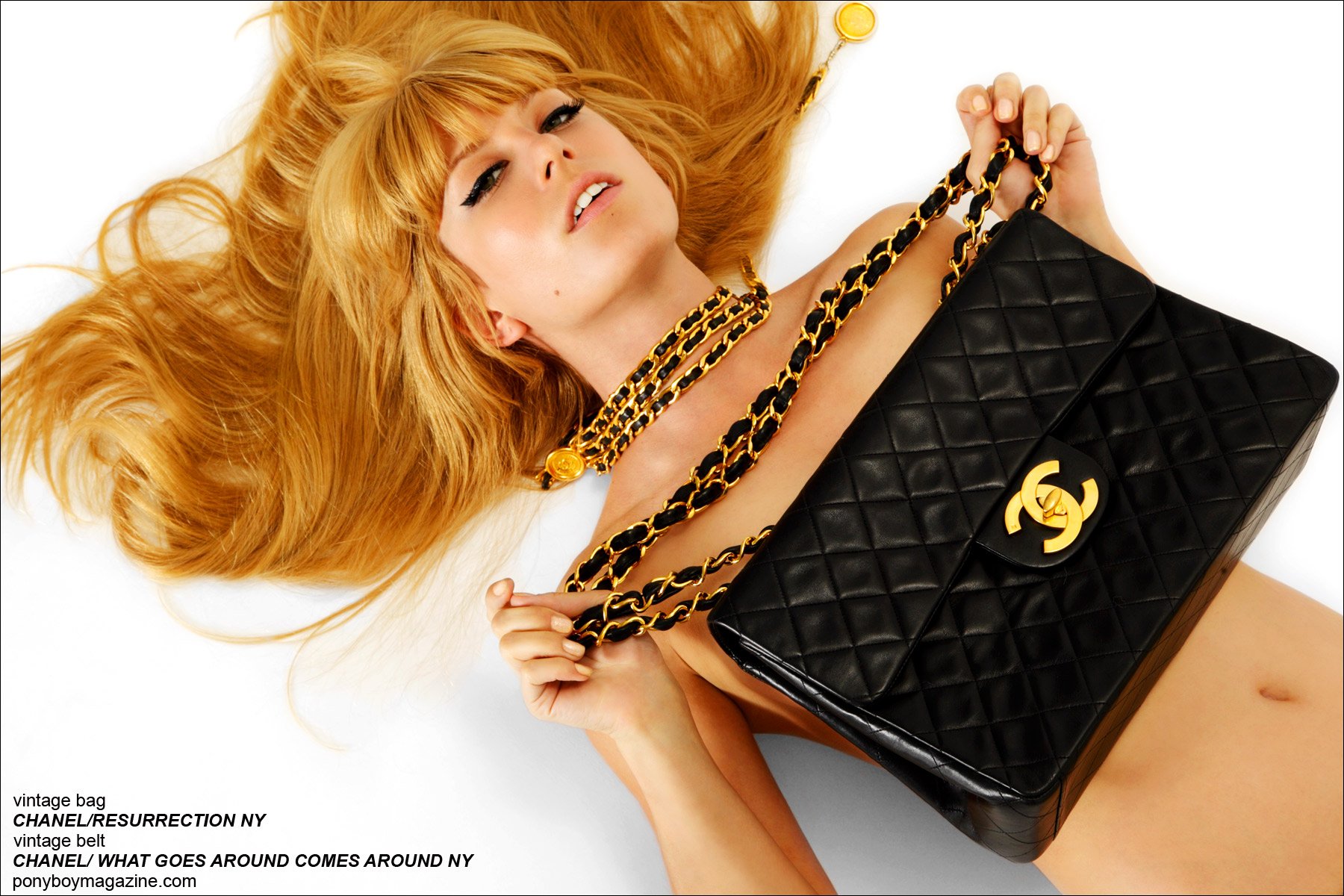 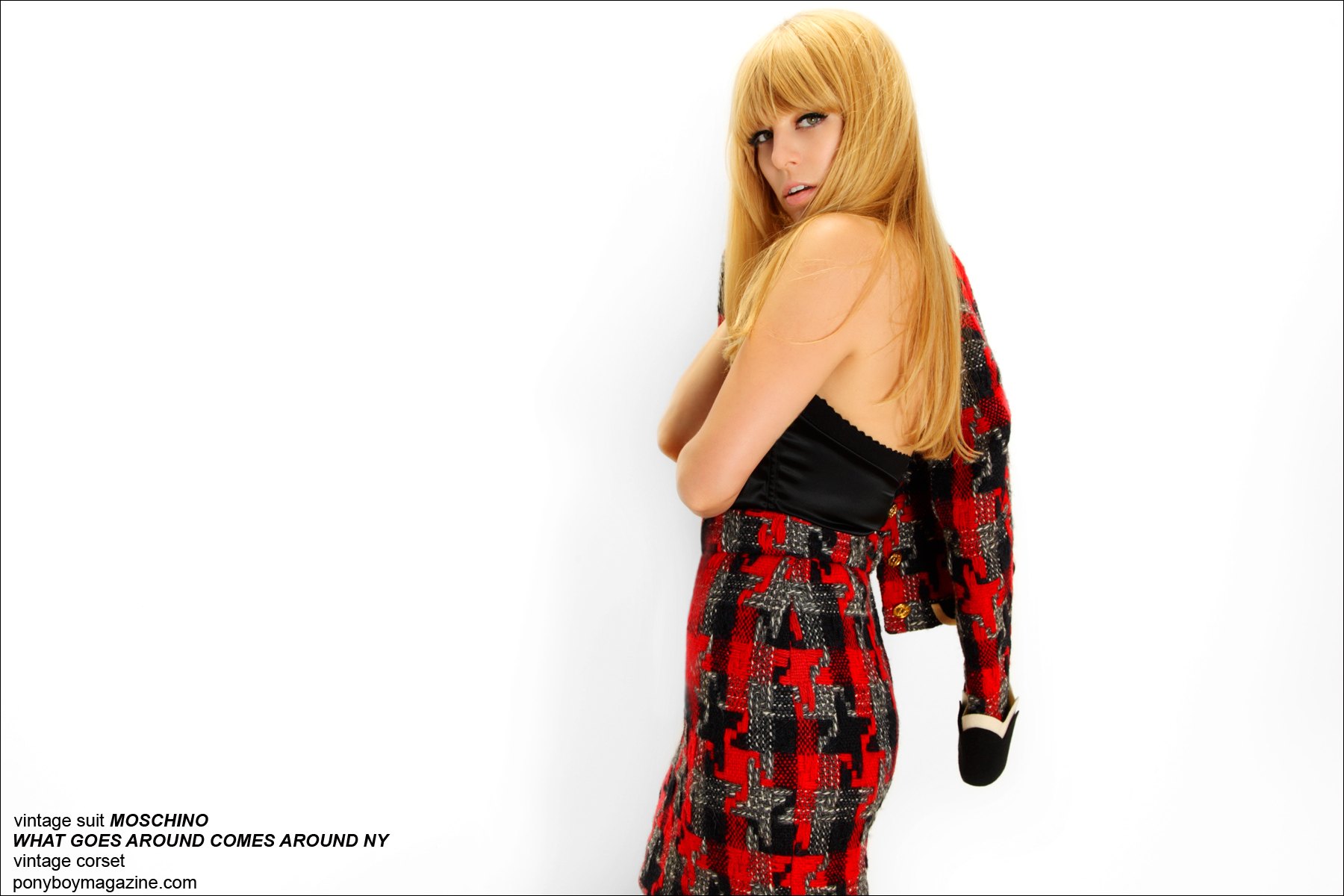 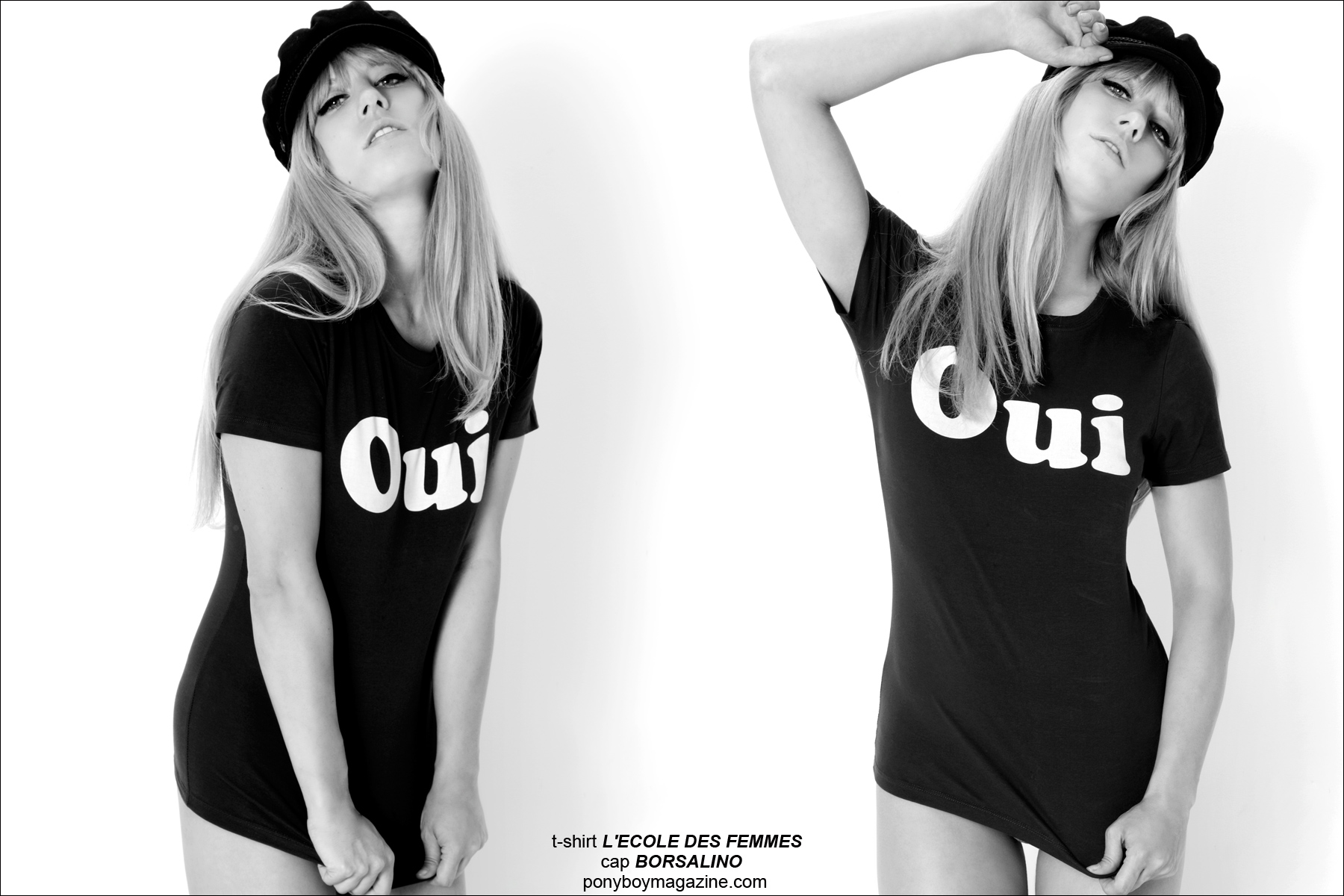 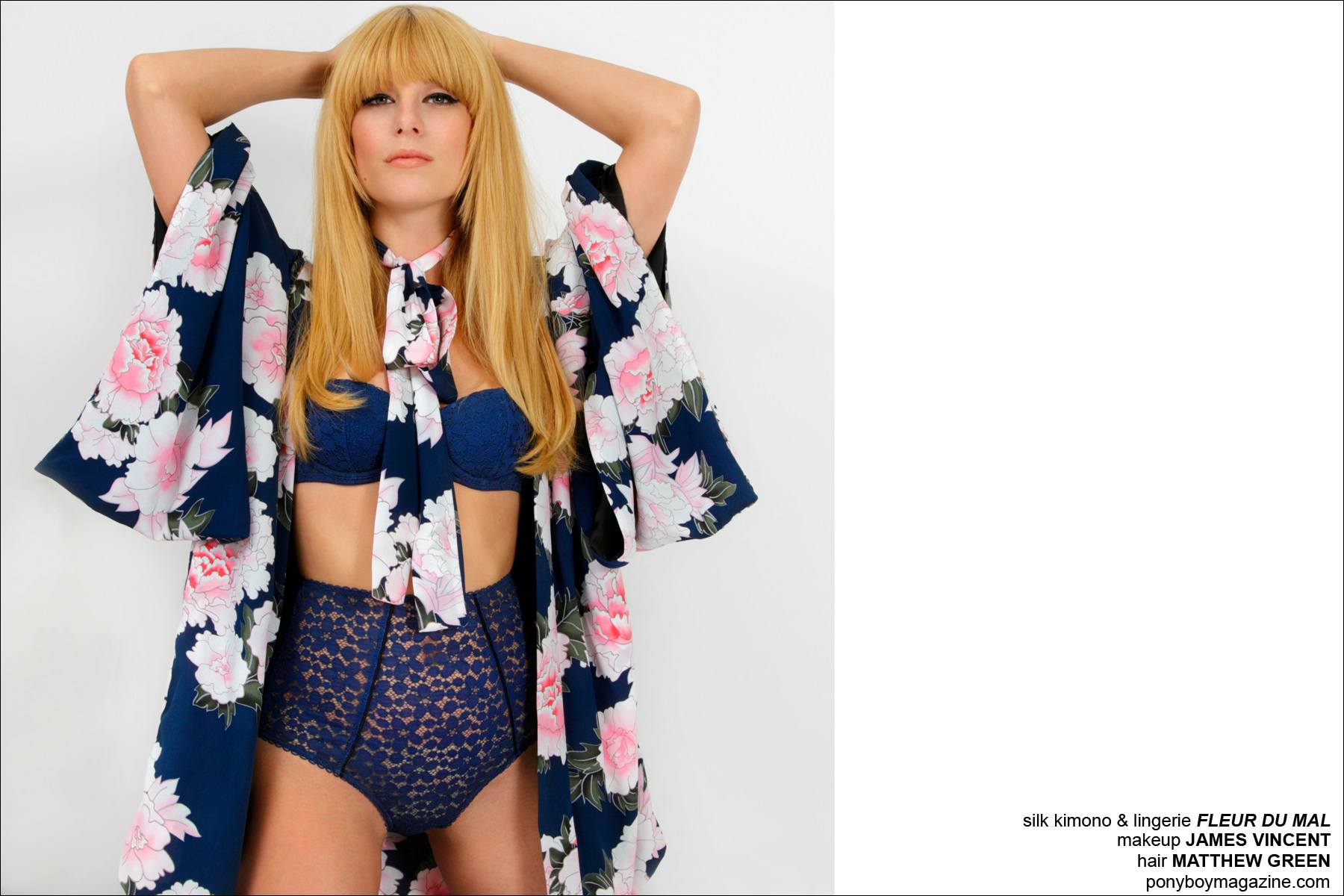 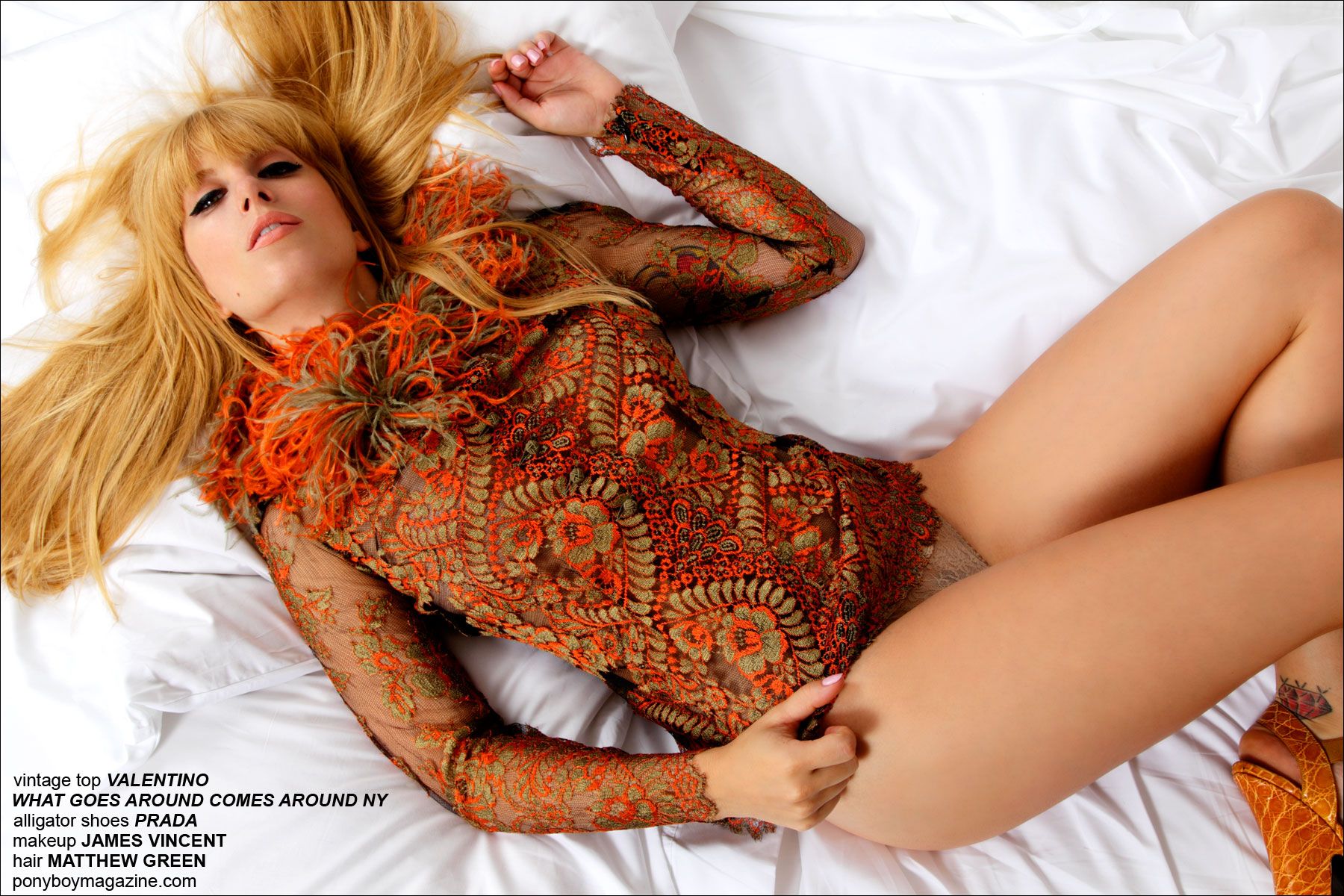 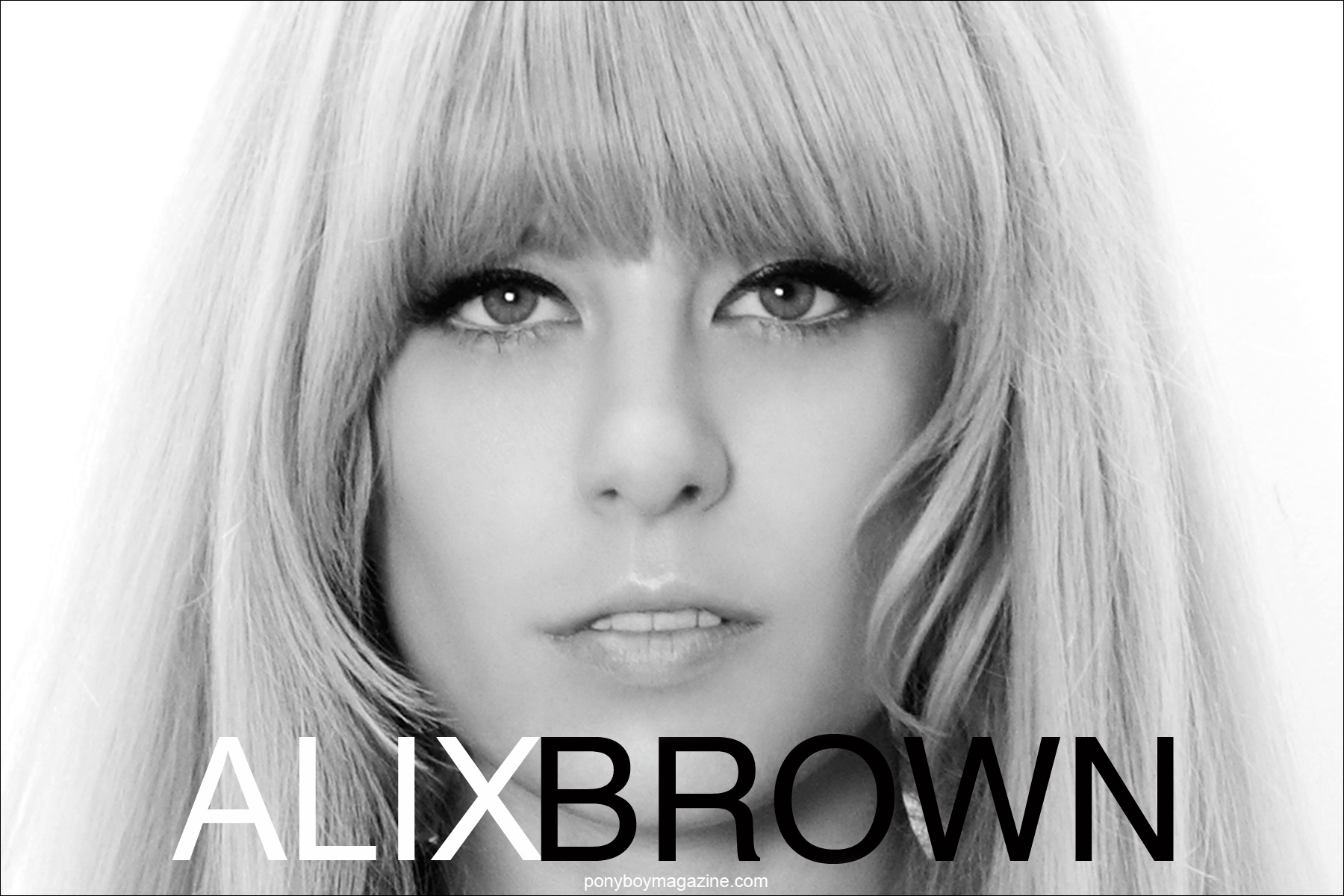 Alix Brown. New York City “Girl About Town.” Always photographed at the best downtown parties and events, you will find her djing, dancing and hanging out with a flock of young, prominent and successful beauties she calls her best friends. Dressed to the nines, her classic 1960’s looks are all the more intriguing. While her thick bangs pay homage to Marianne Faithful, her looks are an amazing hybrid of a young Catherine Denueve in The Young Girls of Rochefort and the illustrious sex-pot Brigitte Bardot. She mixes the new with an incredible and impressive designer vintage collection, creating a very unique and ultra fashionable look all her own.

PONYBOY:  Alix, where were you raised?

PONYBOY:  What was it like growing up in the south?

ALIX BROWN:  I couldn’t have asked for a better place to grow up. There is a plethora of amazing vintage and antiques for dirt cheap, and you even have a nice big house you can put it all in. That’s how my addiction started.

PONYBOY: What brought you to New York City?

ALIX BROWN:  My dad was from Manhattan. He took me to visit when I was a teenager and I fell in love with it’s grime.

PONYBOY:  I think when we first met you some years back you were go-go dancing at a Jonathan Toubin party?

ALIX BROWN:  More than likely… I think you also took my photo for Paper Magazine for the nightlife section.

PONYBOY:   Were you always into vintage clothing? What looks did you play around with as a teenager?

ALIX BROWN:  Yes, I was always into vintage. But my style was constantly changing like crazy. I started off being grunge and listening to a lot of Nirvana when I was ten. And then somehow I turned goth/industrial when I was thirteen. Then at sixteen, I got really into punk and then in my later teens/early twenties, I got more into 60’s mod. I think I always had a 70’s glam Bowie twist throughout all my phases though!

PONYBOY:   How would you describe your personal style/look now? It seems to be a bit Catherine Denueve/Brigitte Bardot/Marianne Faithful all rolled up into one.

PONYBOY:  What designers do you favor? Do you primarily dress exclusively in vintage clothing?

PONYBOY:  You’re one of the stylish, beautiful female DJ’s that plays fashionable events, along with other lovelies like Leigh Lezark and Becca Diamond. What differentiates you from these ladies? What records do you enjoy spinning?

ALIX BROWN:  I play mostly 60’s and 70’s rock’n’roll, soul, french, glam, and punk. I also like to play records sometimes too, whenever I get the chance.

PONYBOY:  You’re also a musician. What instrument do you play? Are you in a band?

ALIX BROWN:  I’ve been playing bass since I was 16. I’ve played in many bands and traveled extensively, but in the last year I’ve been focusing on mainly styling and DJing.

PONBOY:  We see photos of you out with model Alexa Chung, musician Tennessee Jane Bunny Thomas, and other New York City “It Girls.” Do you go out every night? What clubs are your favorites?

ALIX BROWN:  I try to be good, but now that it’s summer there’s just so much going on. It’s hard to say no to a fun night out on the town! I love going to the Soho Grand Hotel, Paul’s Baby Grand, Black Market, Cabin, and Baby’s All Right.

PONBOY:  Will you stay put in New York City? What plans do you have for yourself in the future?

ALIX BROWN:  I can’t quite say what’s in store for me. I miss the south a lot, but I’ve also been flirting with the idea of living in Los Angeles. I also feel really drawn to Germany for some reason, maybe it’s my heritage. But, for now, there is no place I’d rather be than New York City!