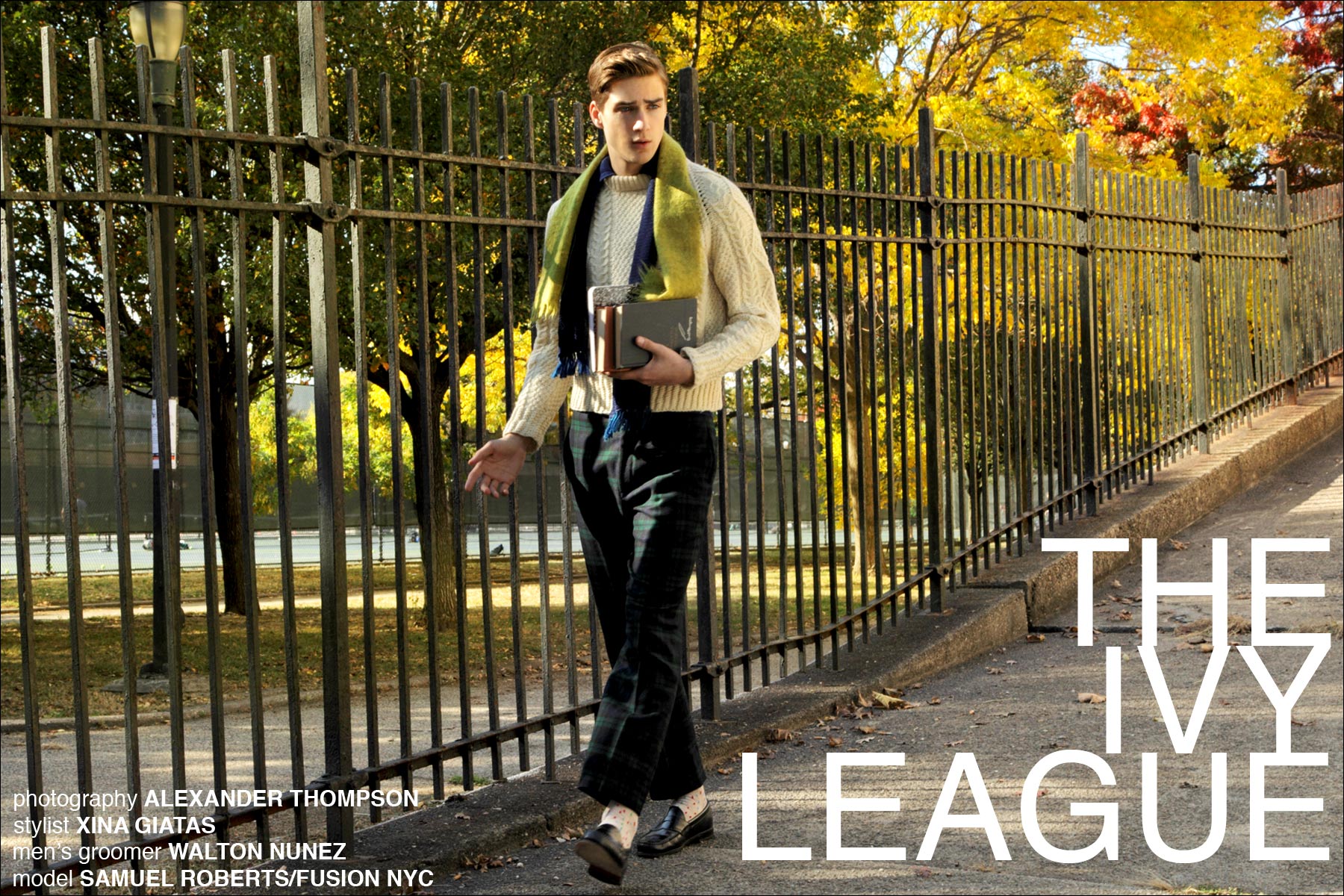 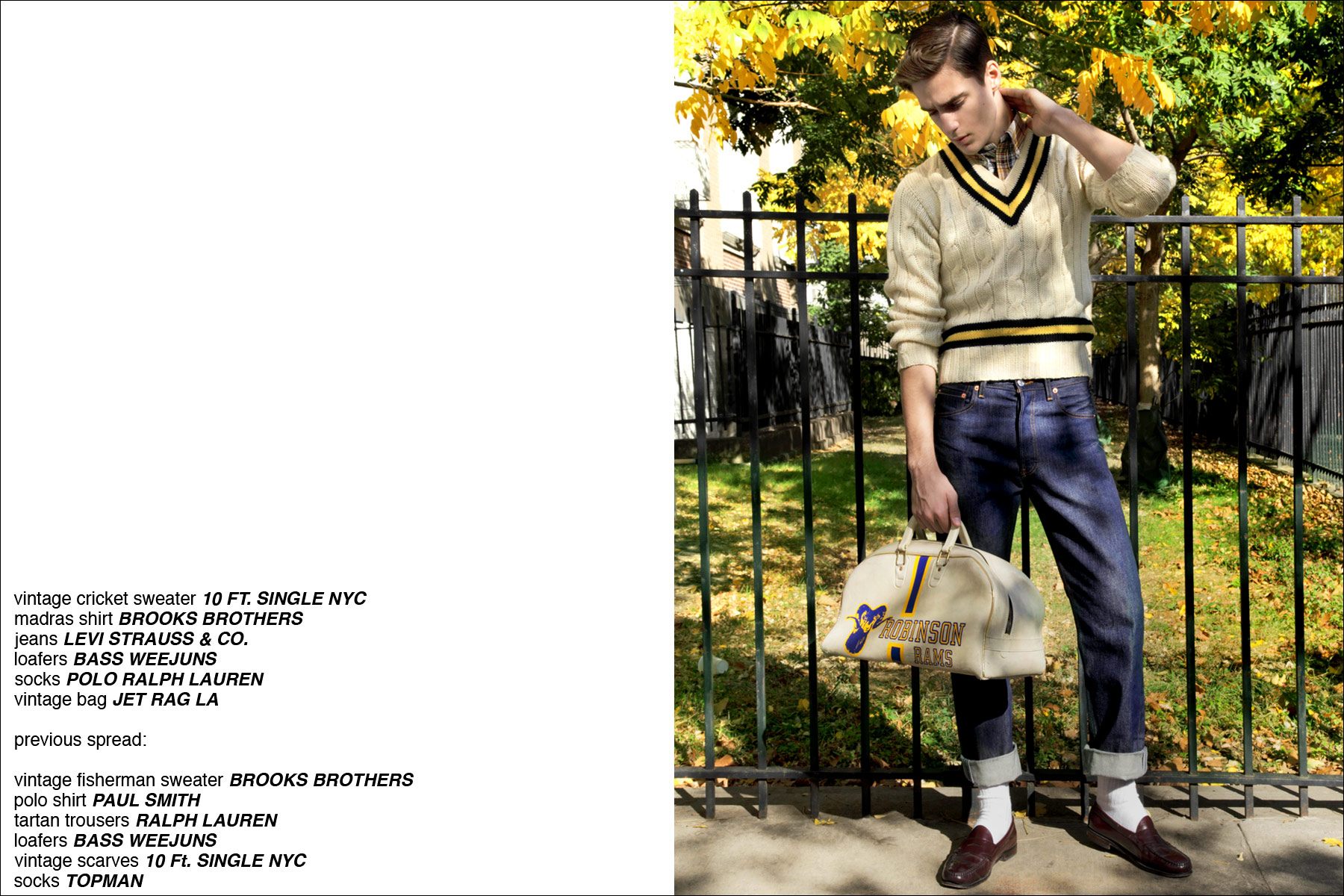 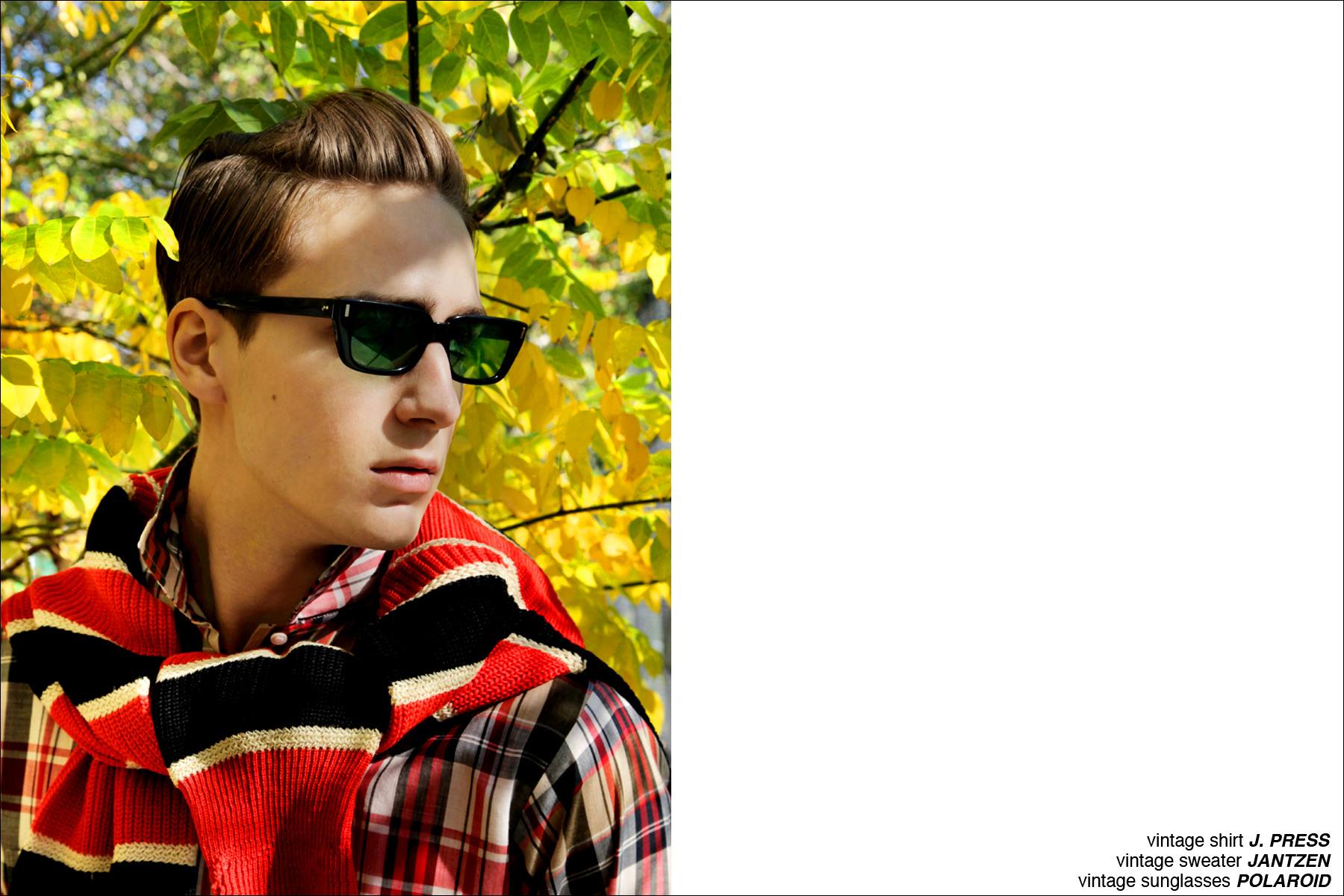 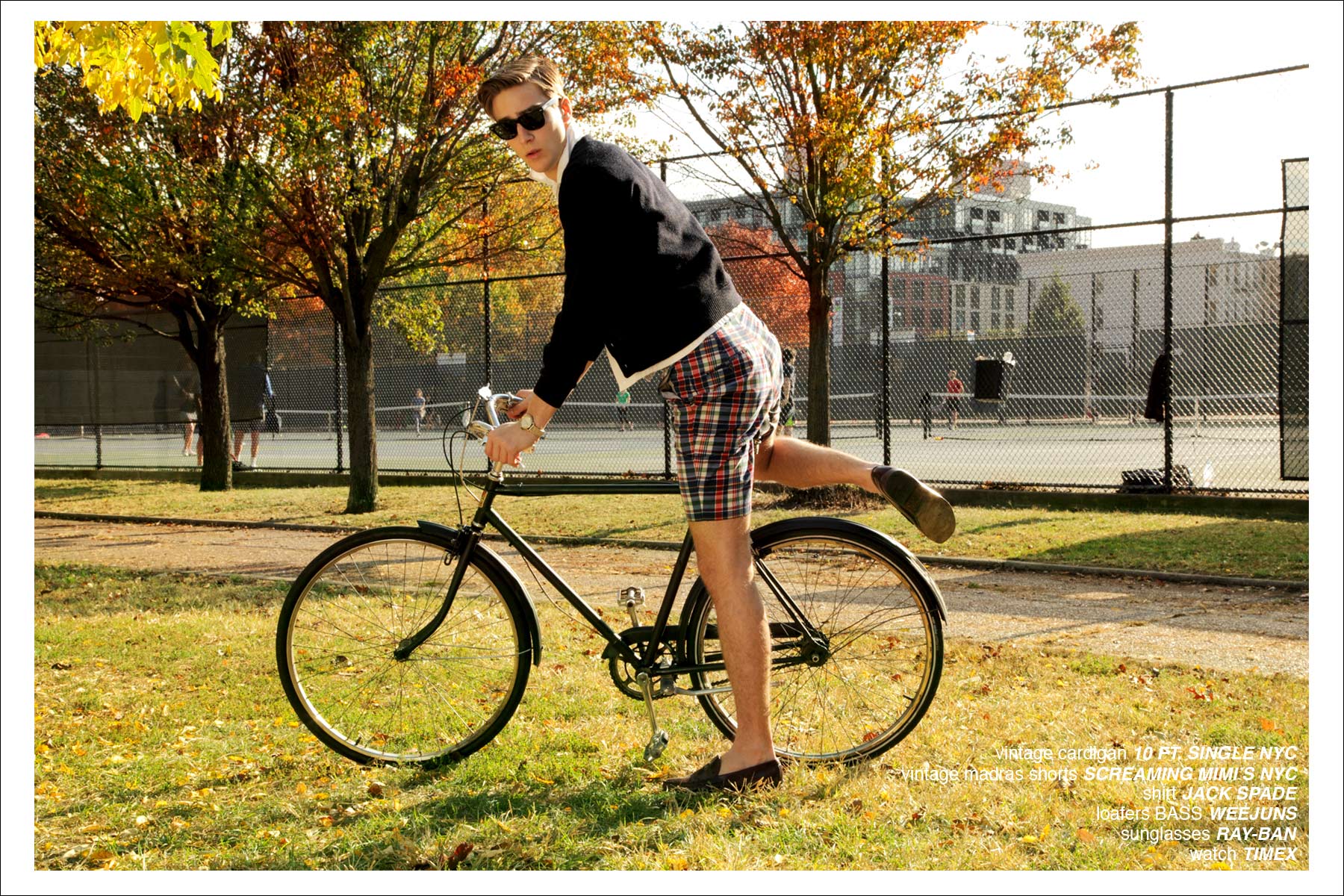 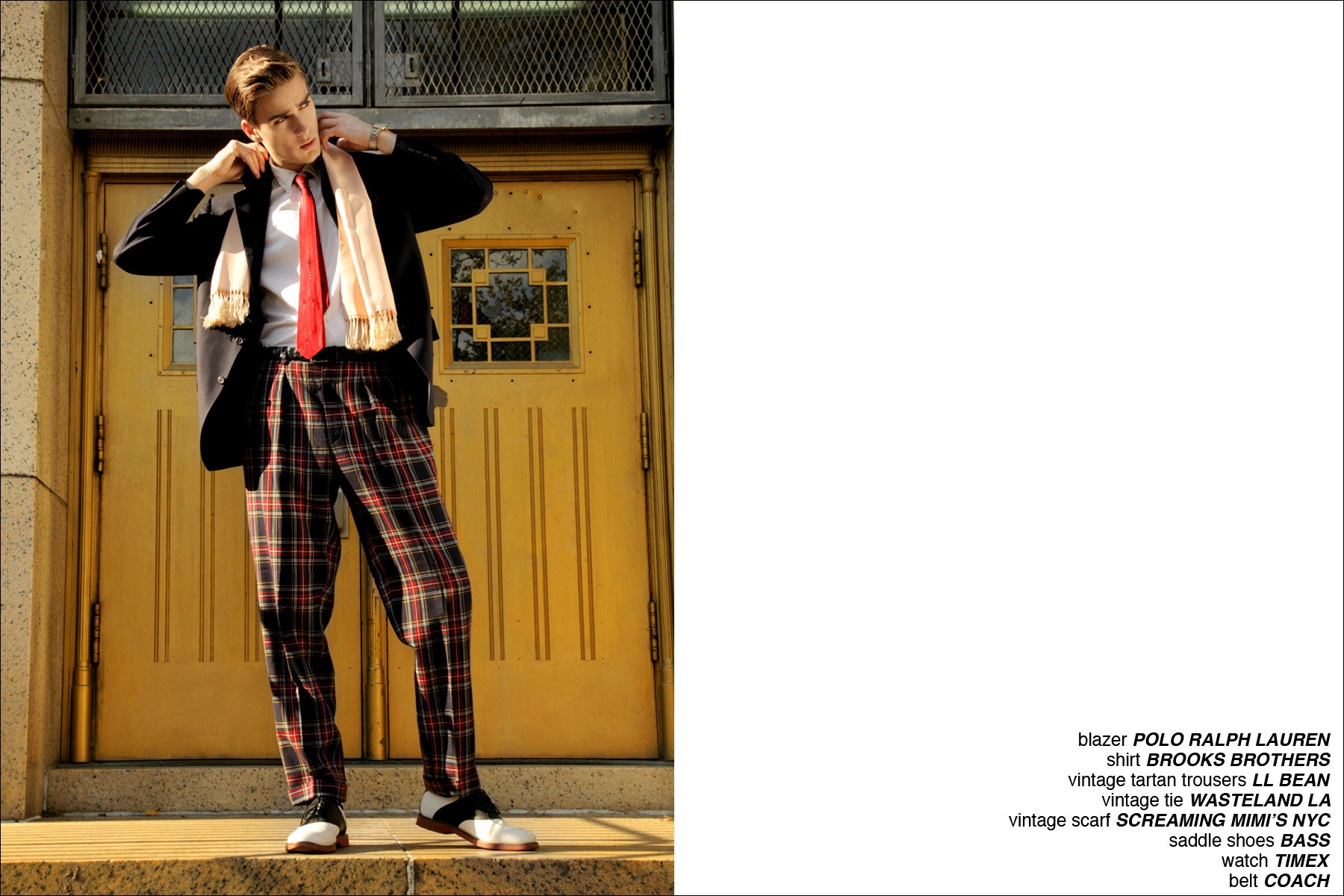 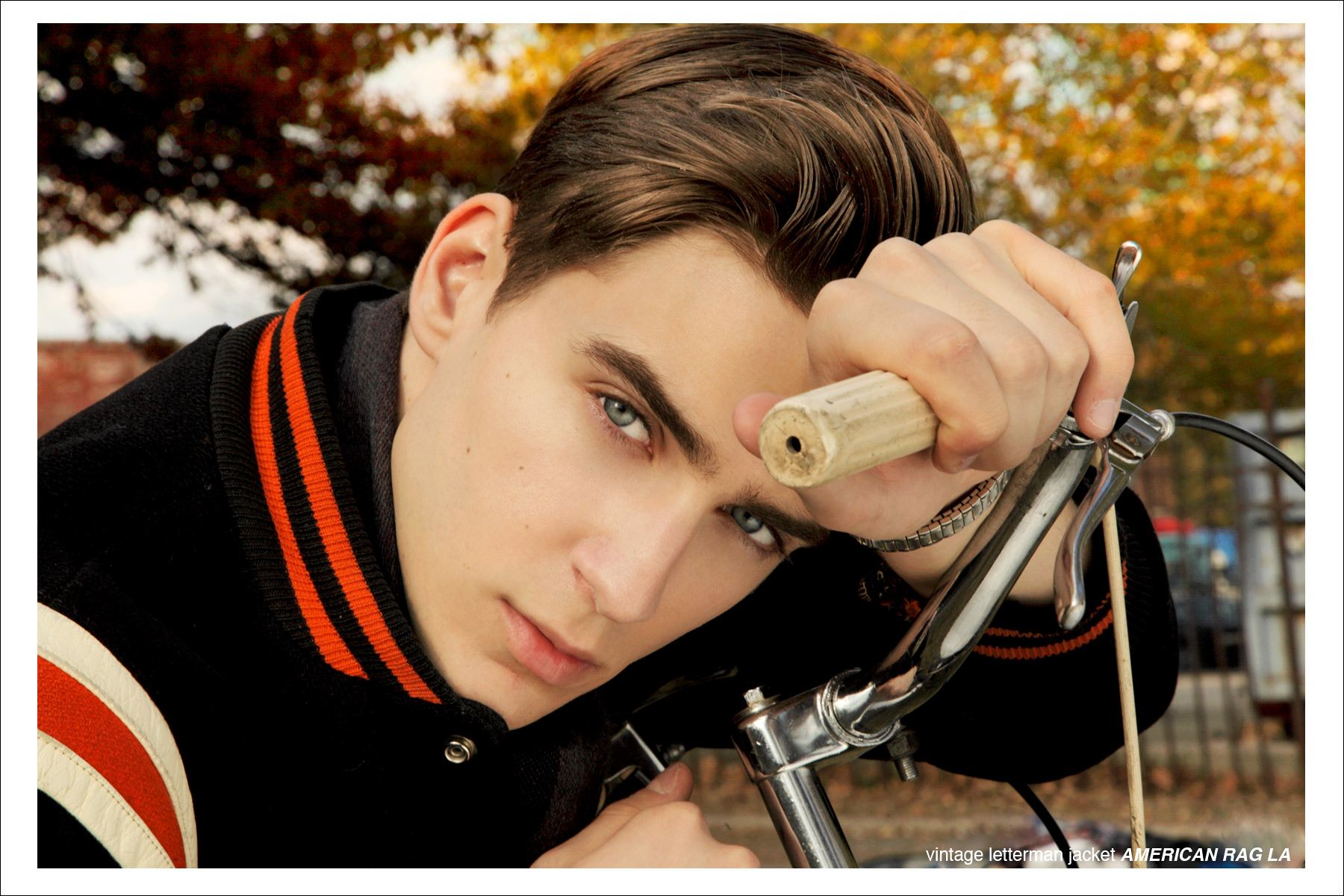 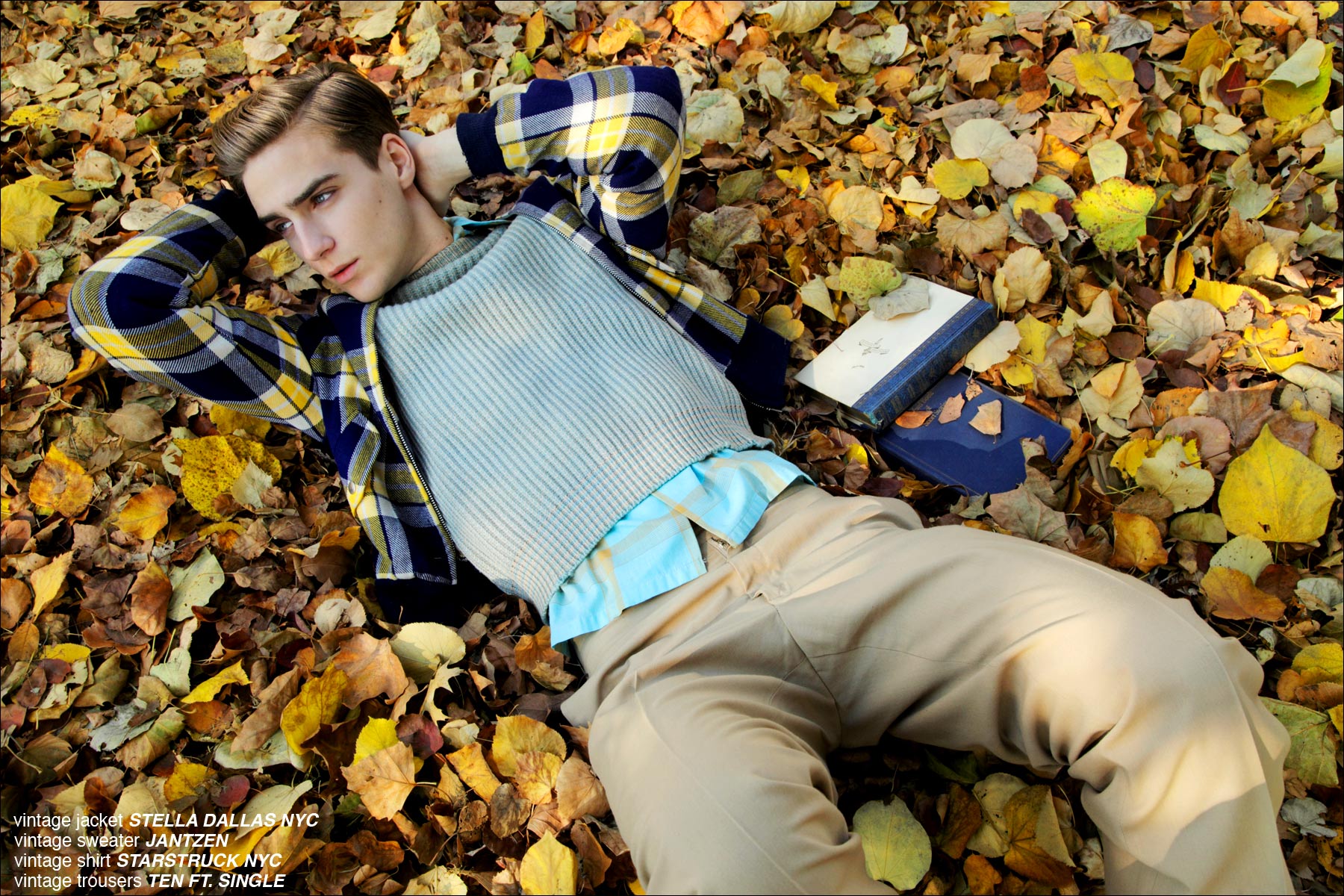 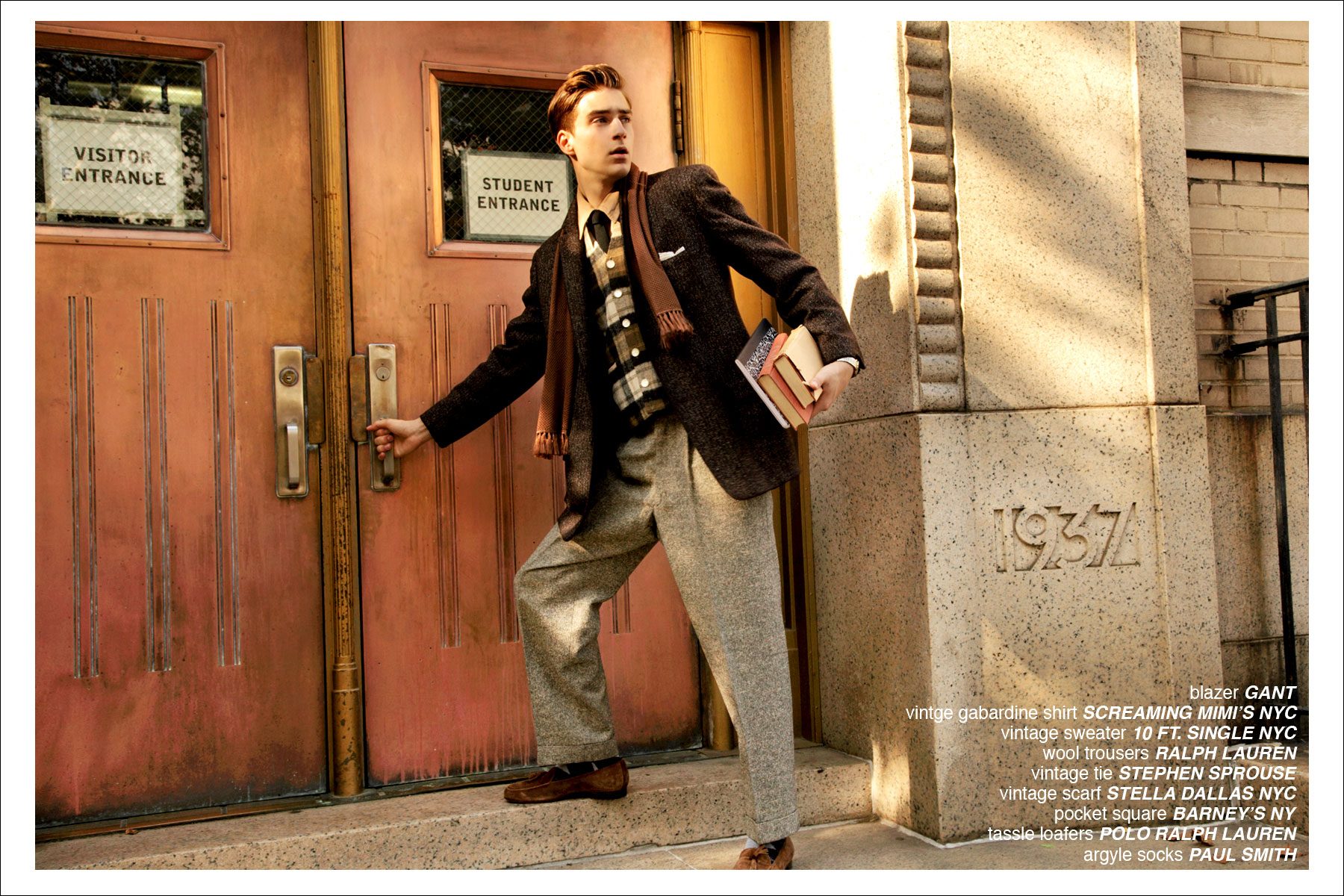 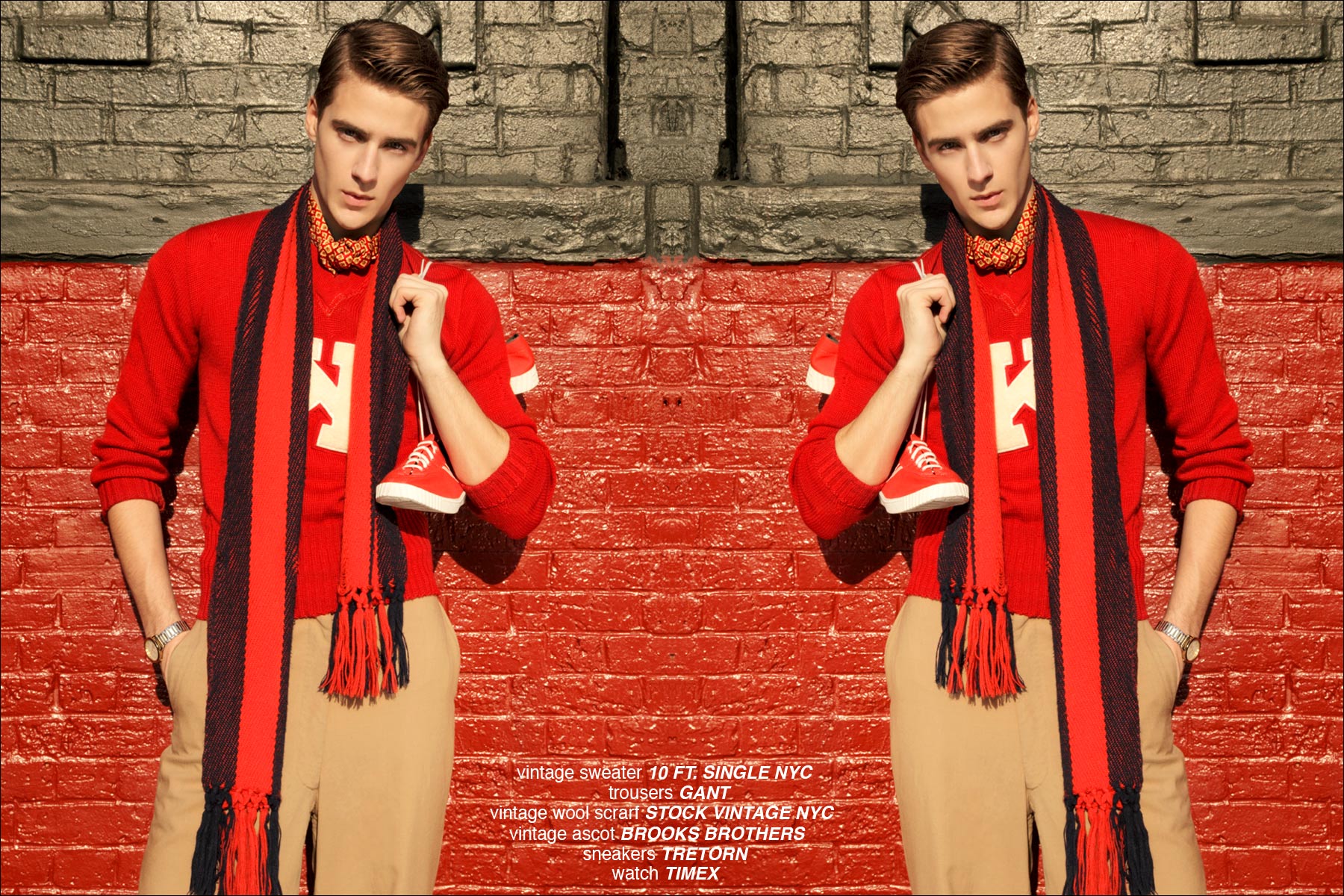 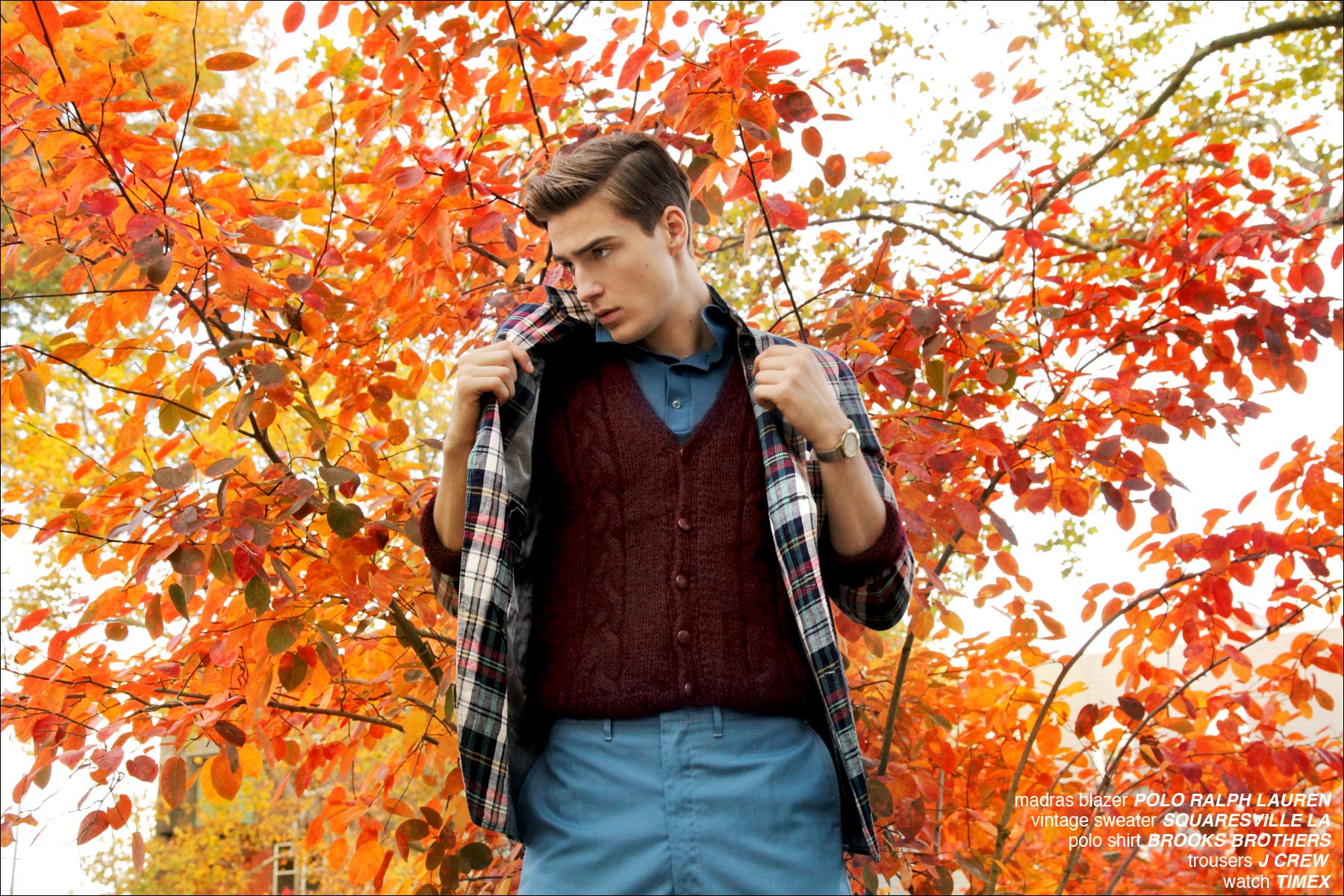 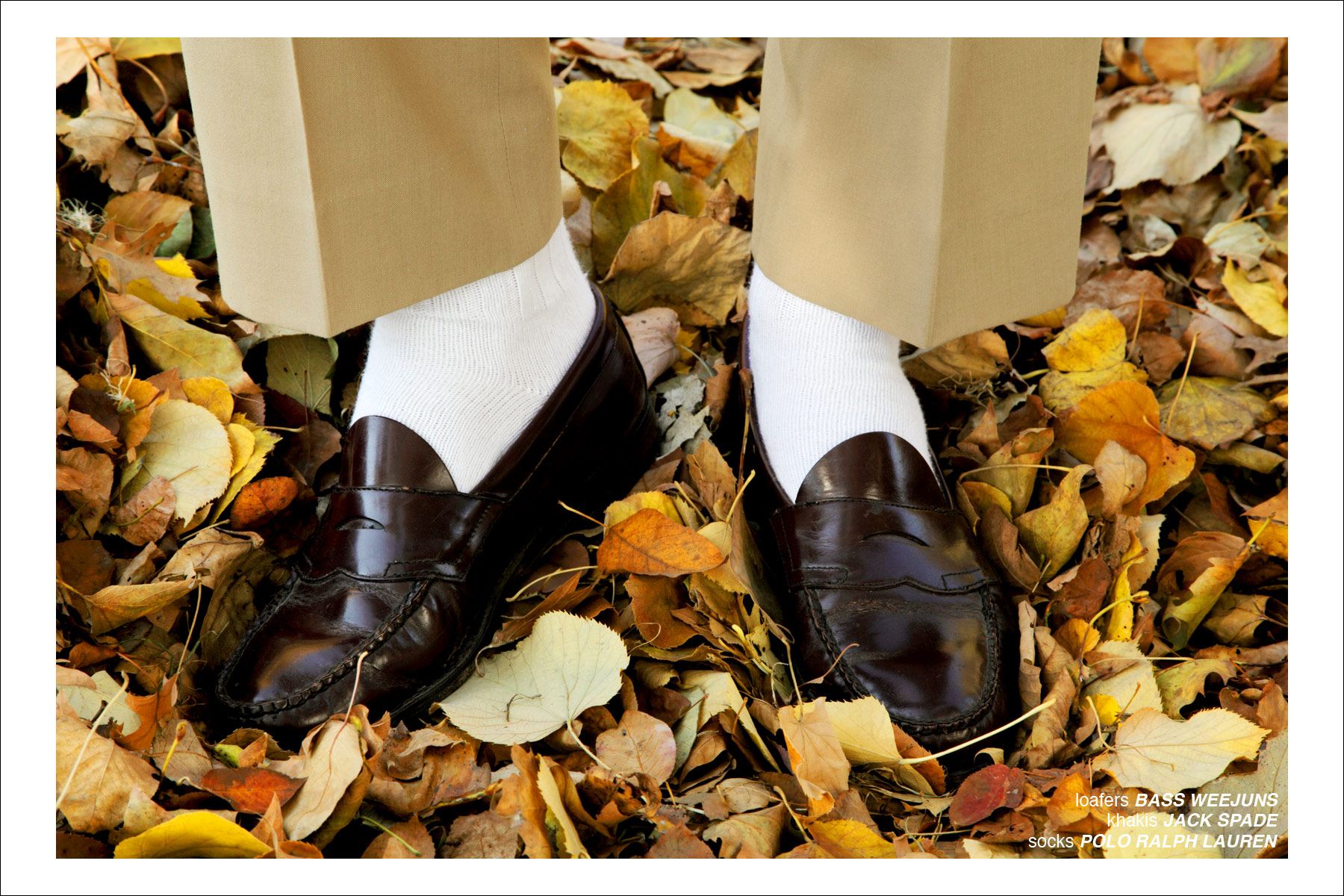 Ponyboy photographed top male model Samuel Roberts from the Fusion Agency in New York City for our 1950’s Ivy League themed men’s editorial. Samuel was the perfect model for our story with his blonde-haired, blue-eyed waspy good looks. Styled by Xina Giatas, we mixed vintage and modern designers to give our model a bit of that tattered well-bred look that is so de riguer on East Coast Ivy League college campuses and prep schools. Our favorite traditional pieces had to be a vintage Brooks Brother’s fisherman sweater, a Ralph Lauren madras blazer, and of course the classic Bass Weejun, which NEVER goes out of style in any prep’s wardrobe.