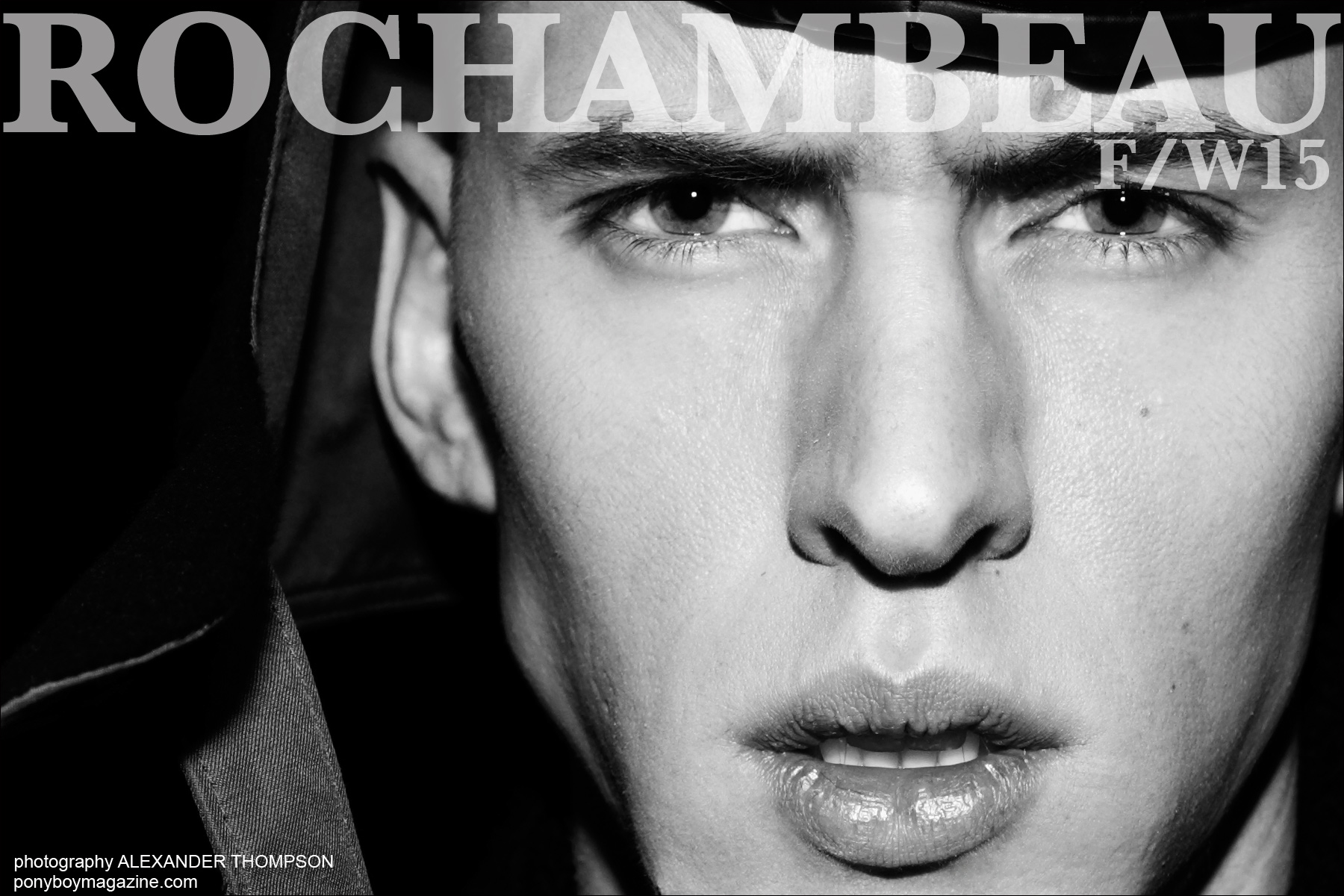 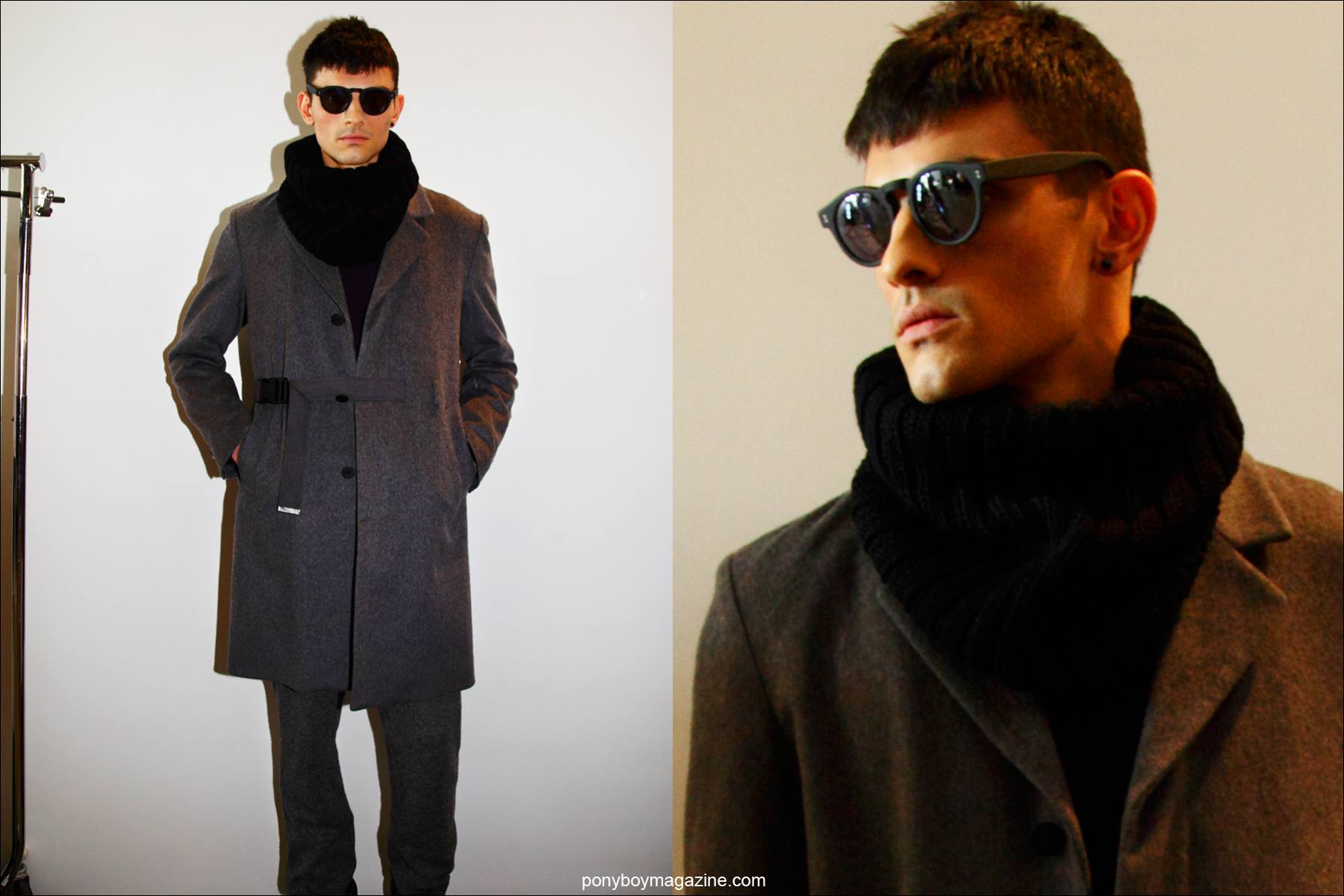 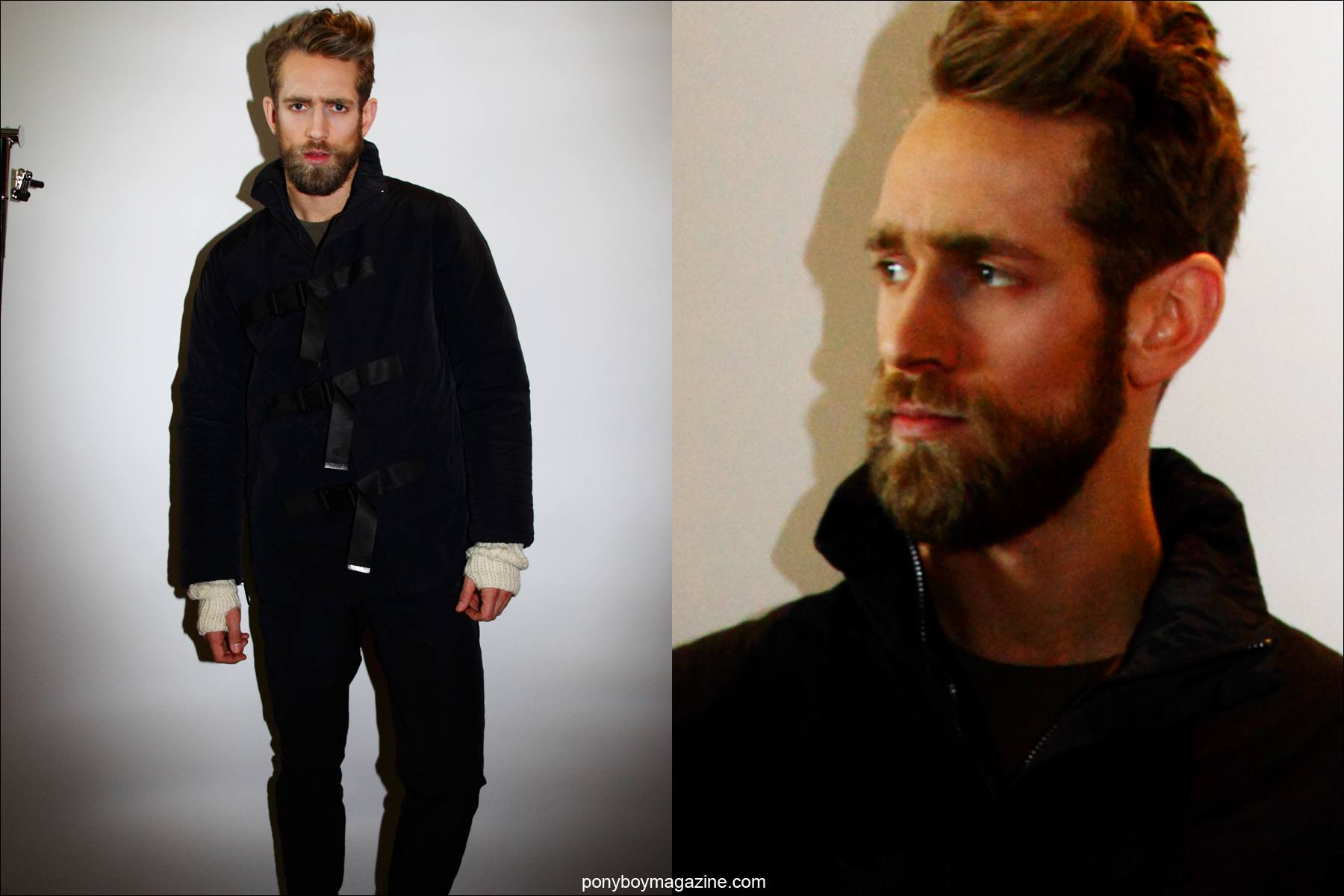 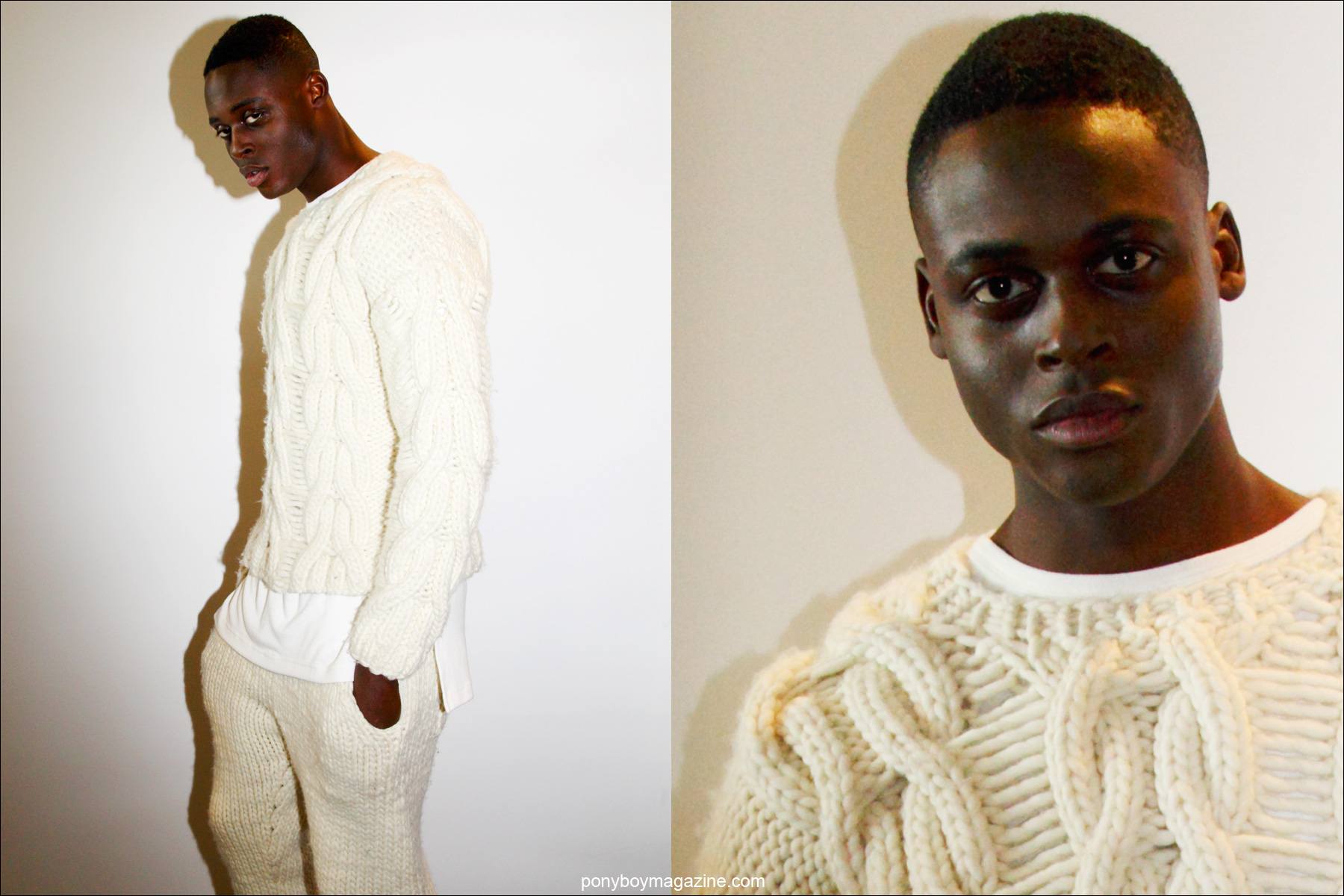 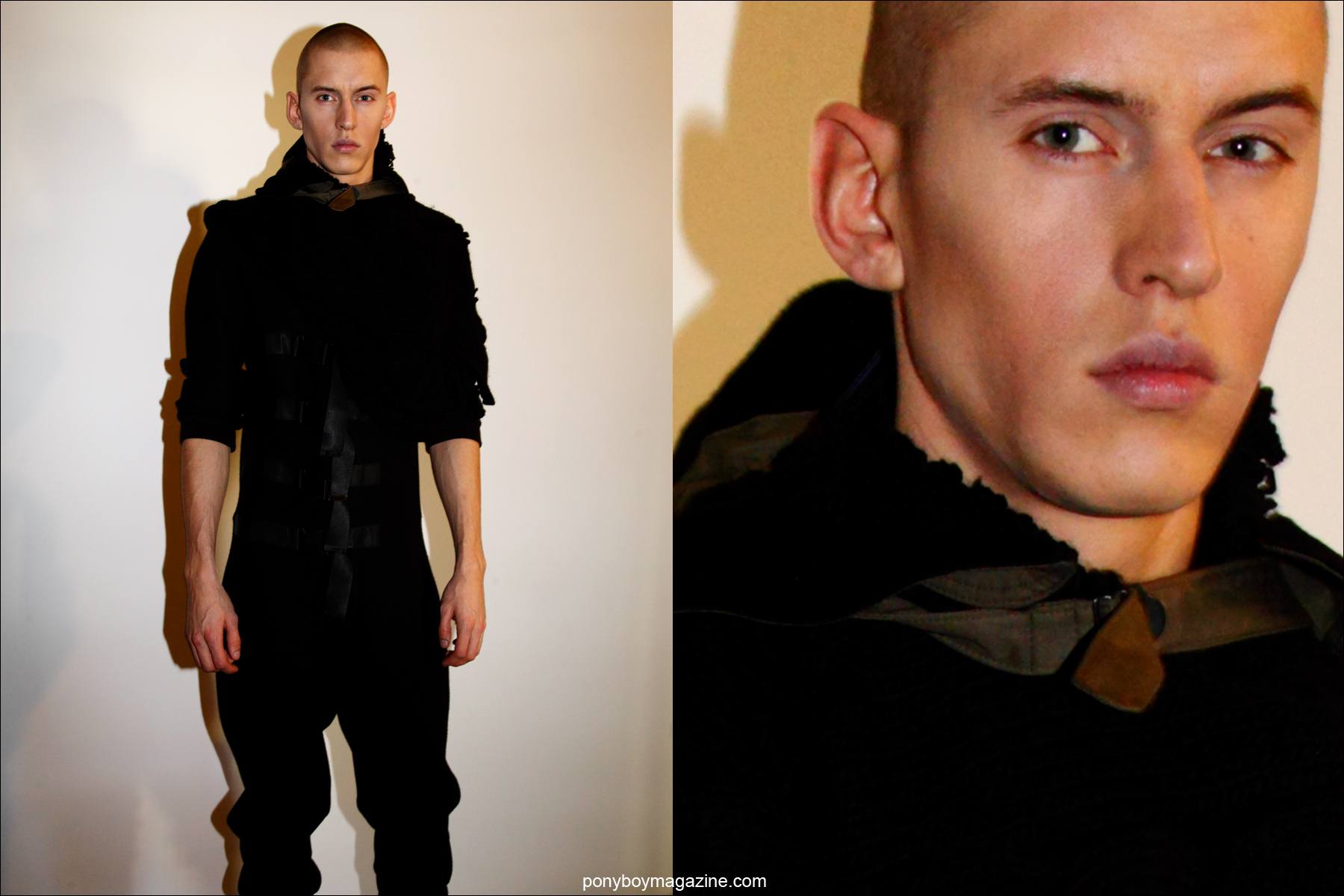 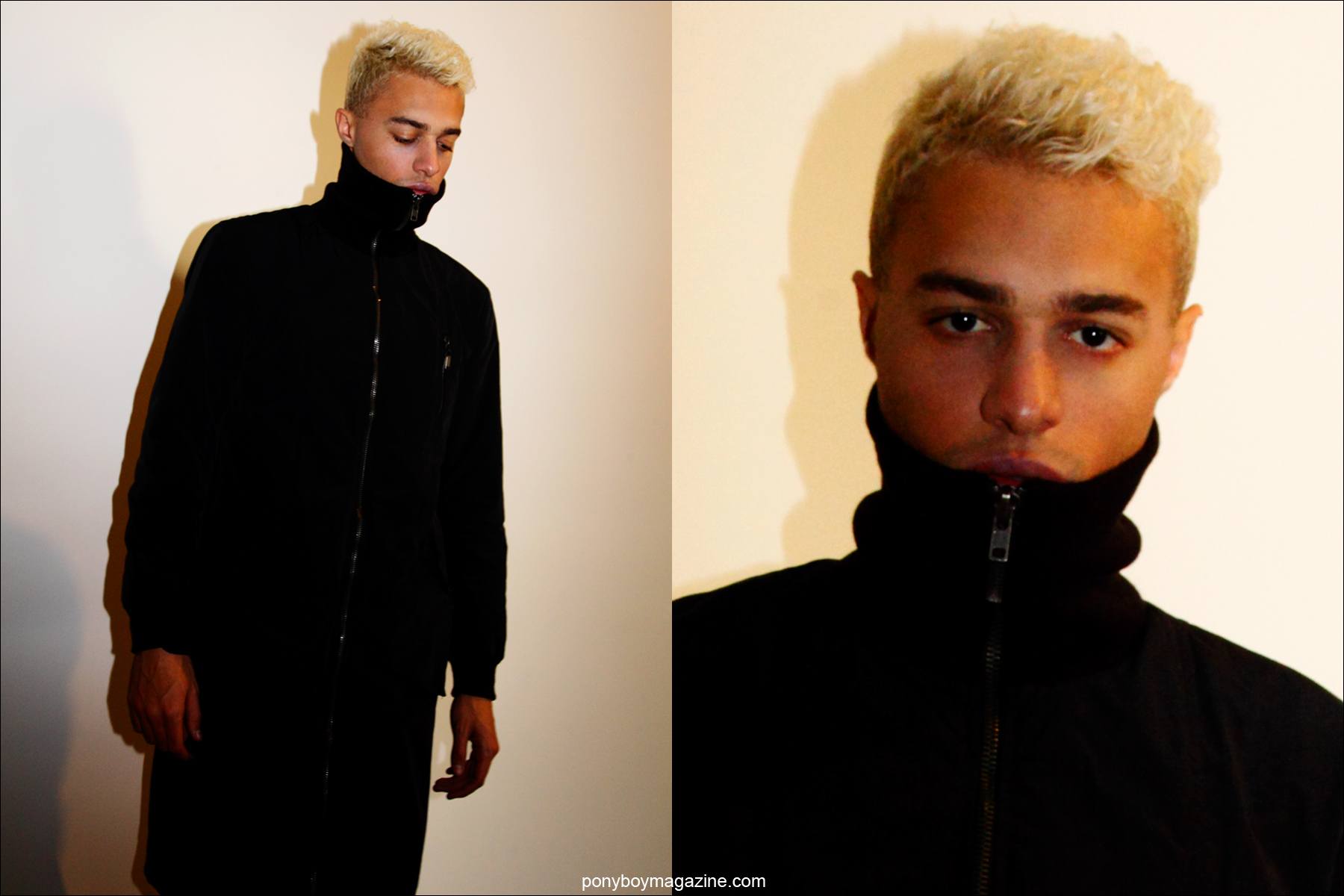 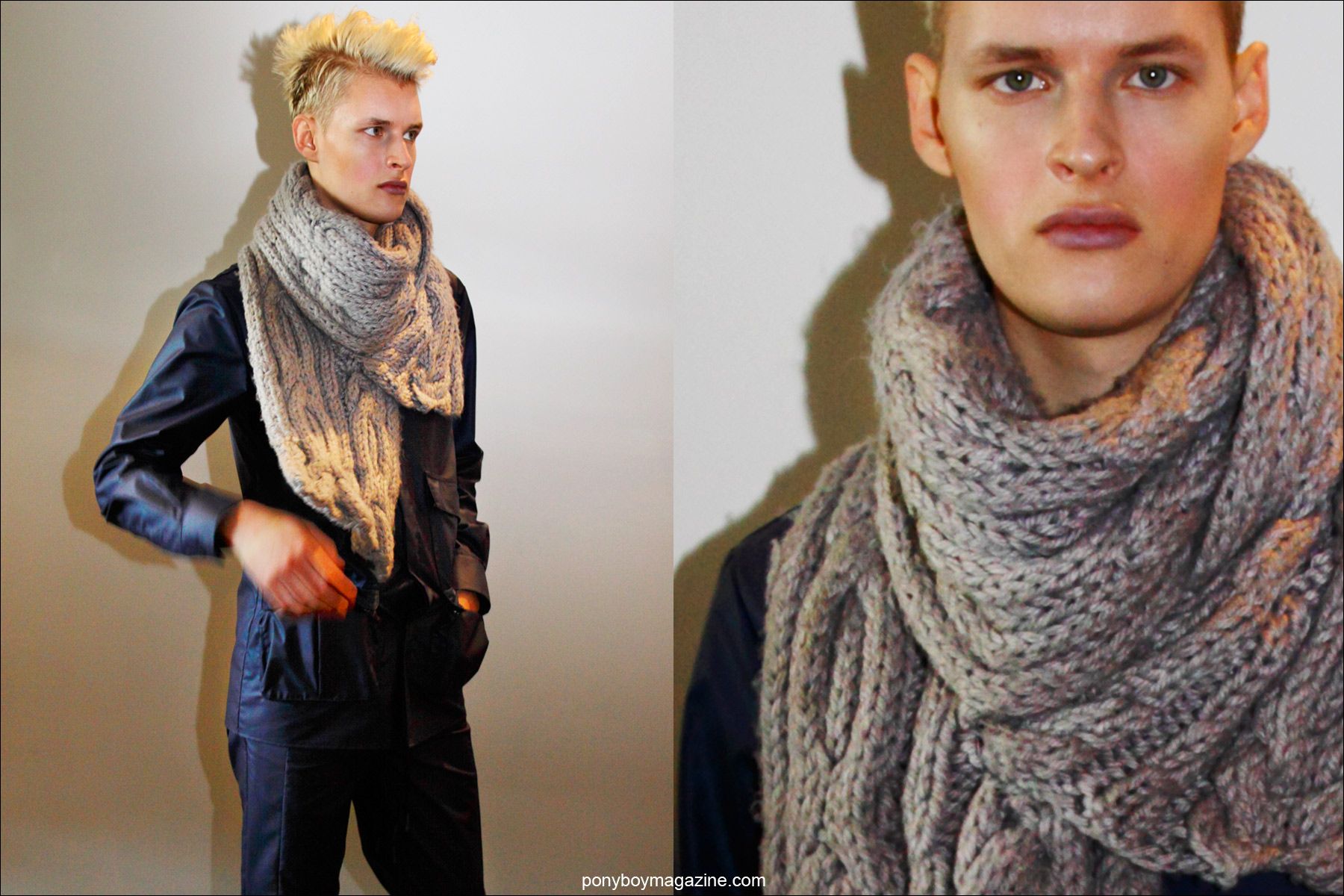 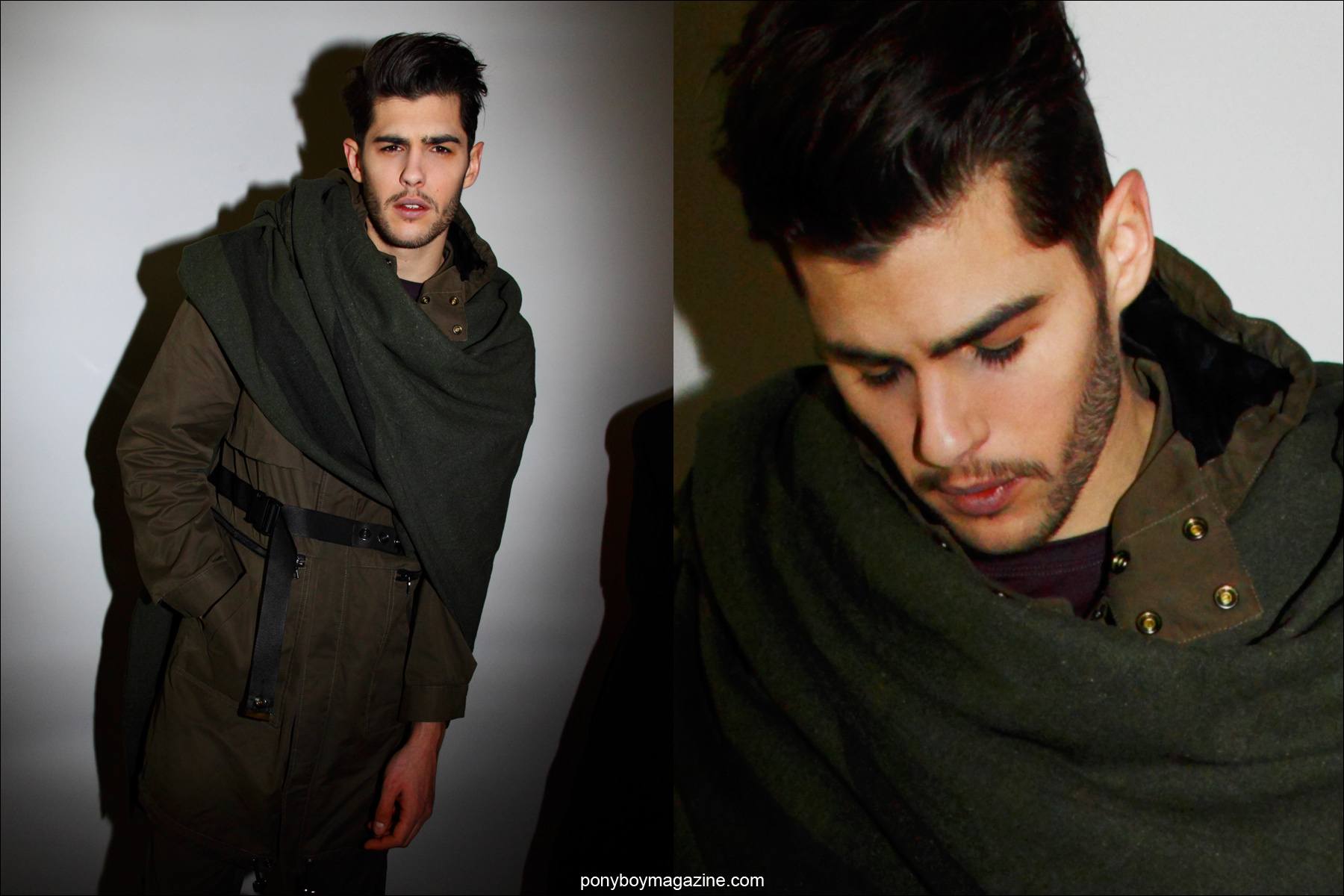 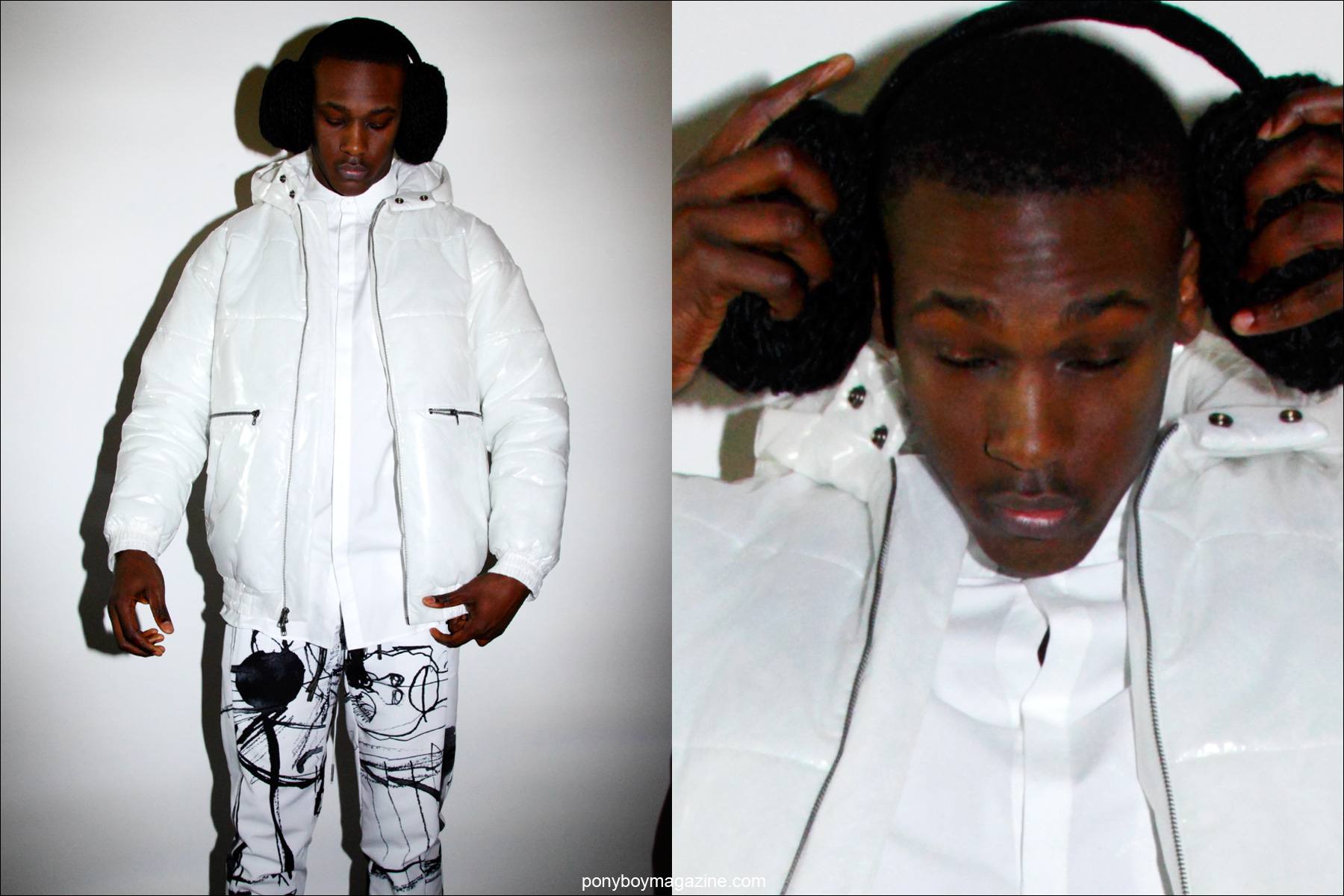 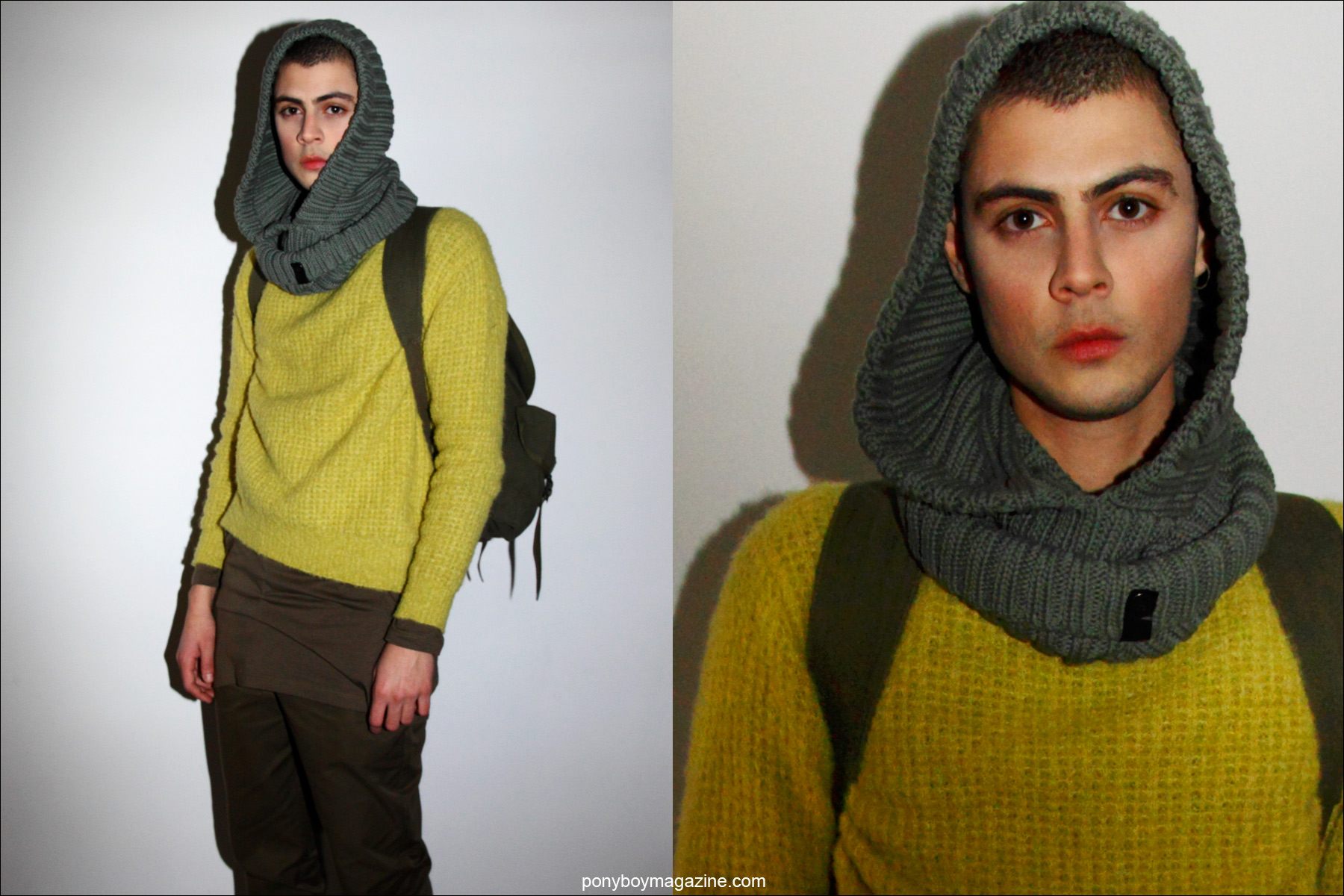 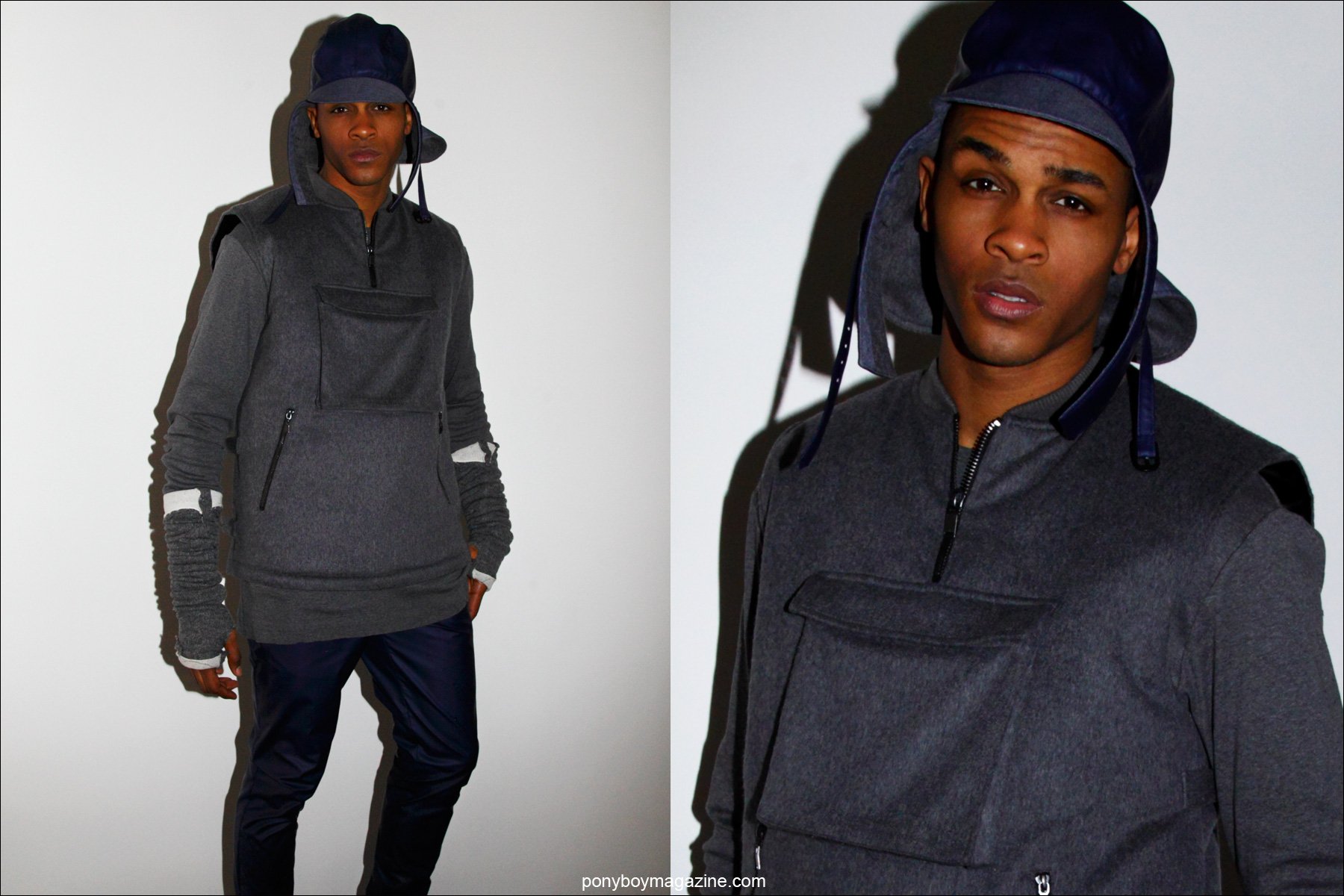 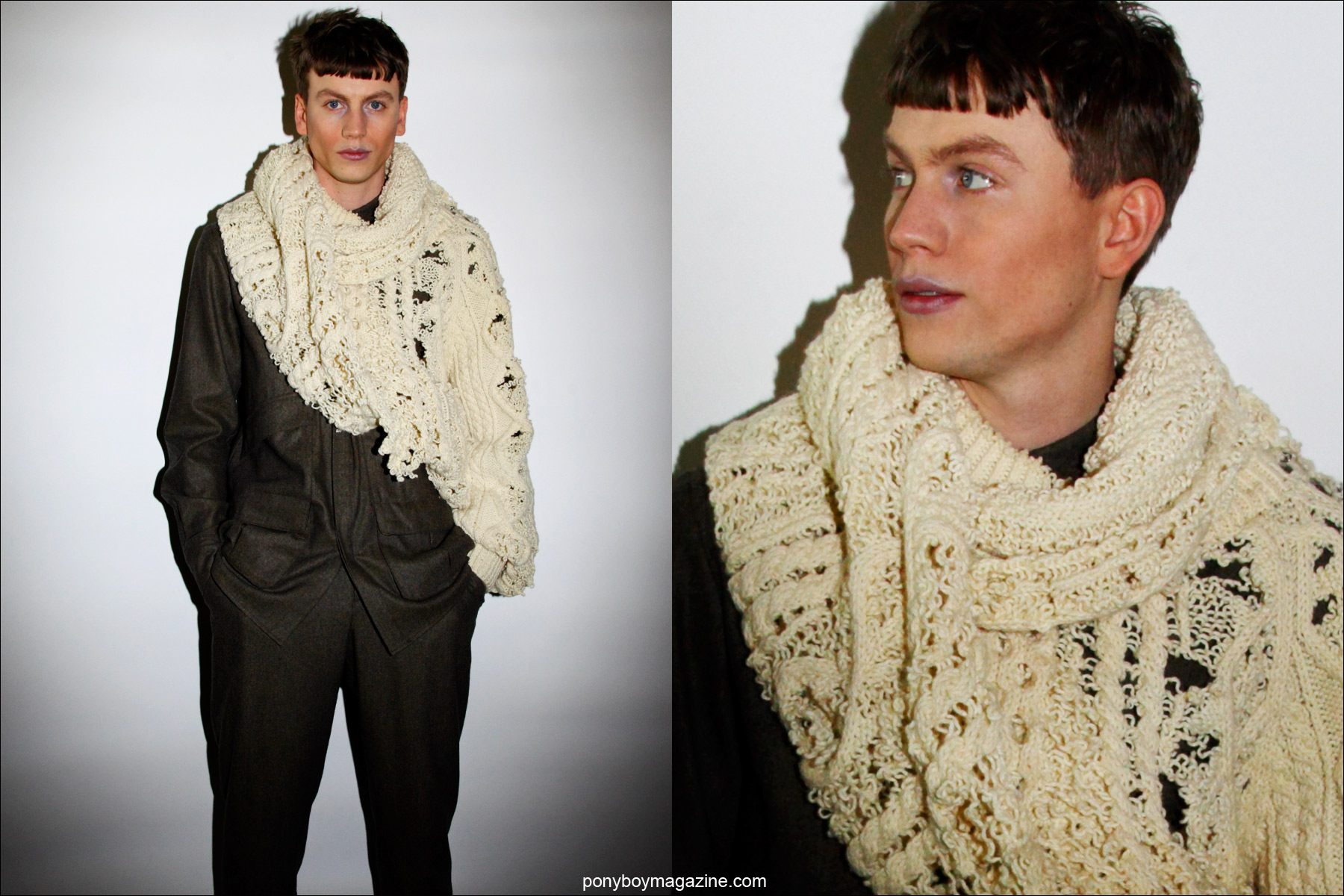 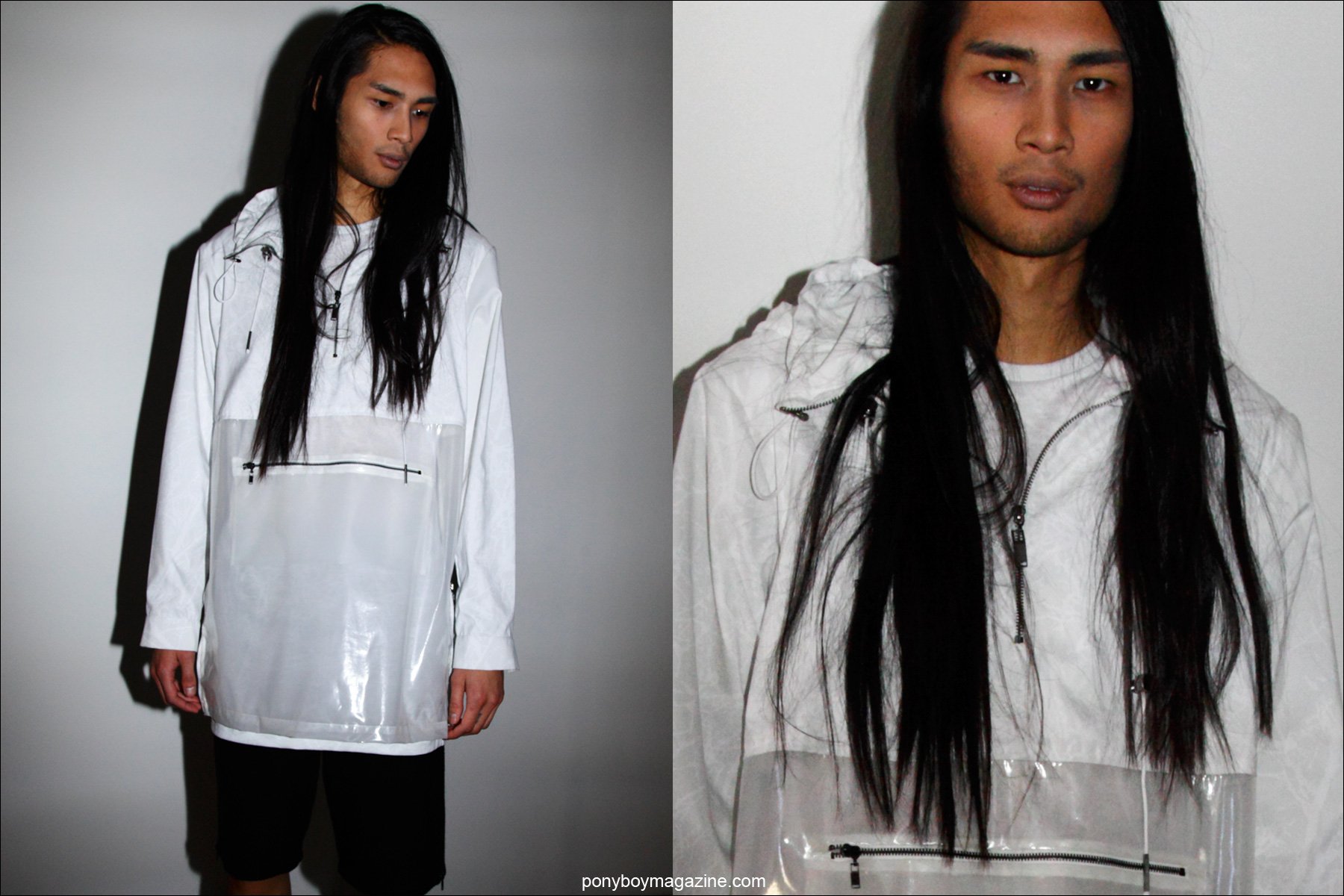 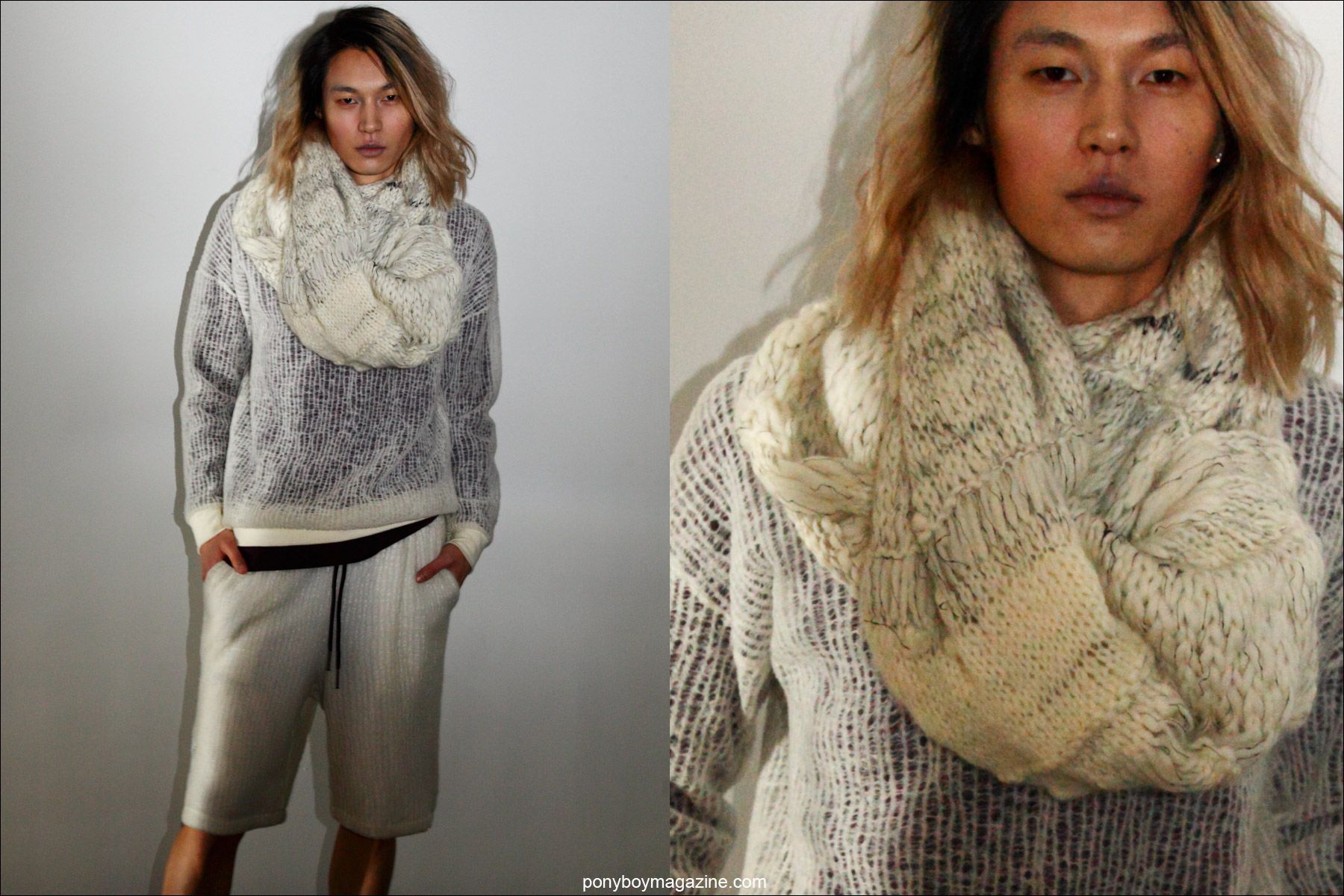 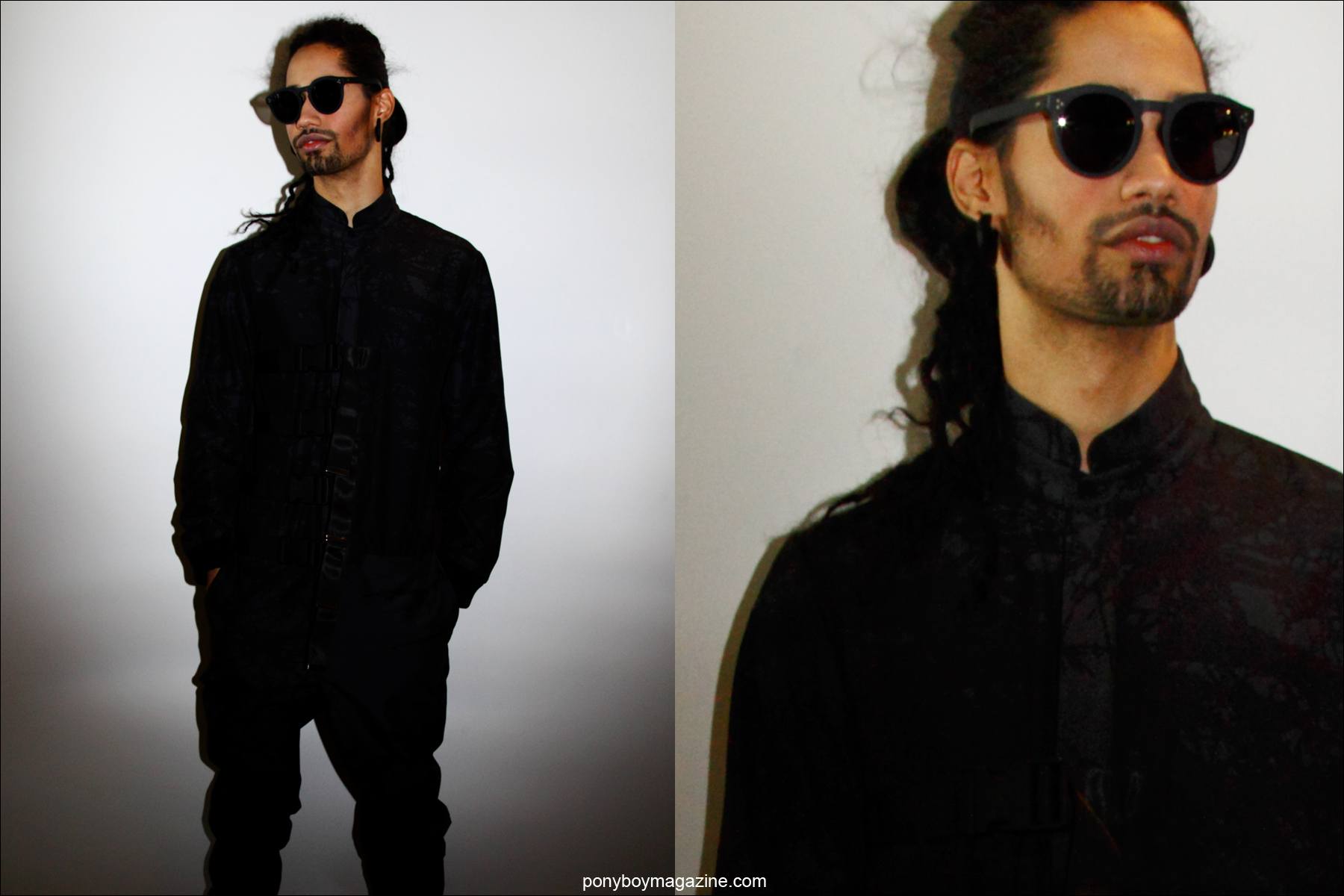 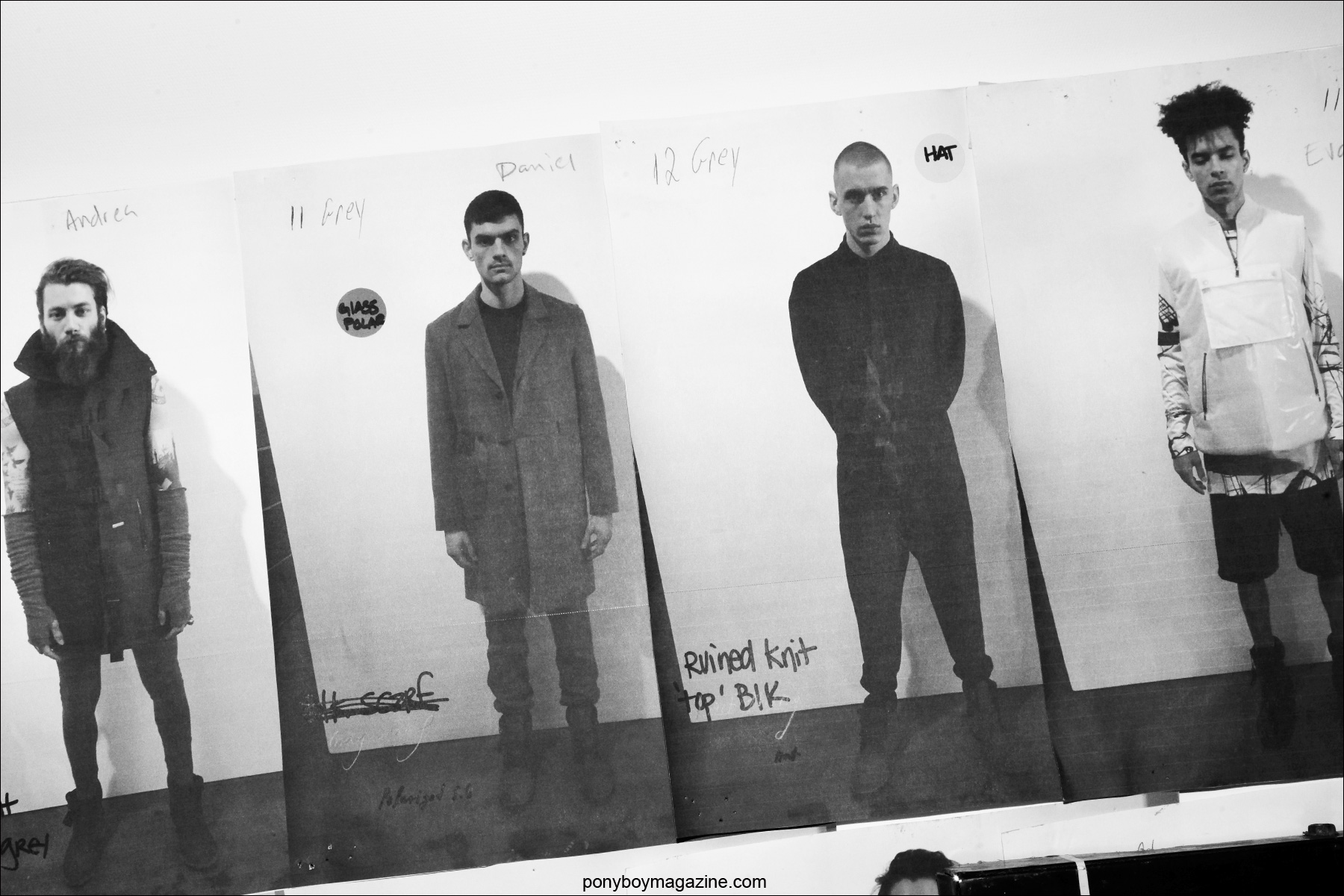 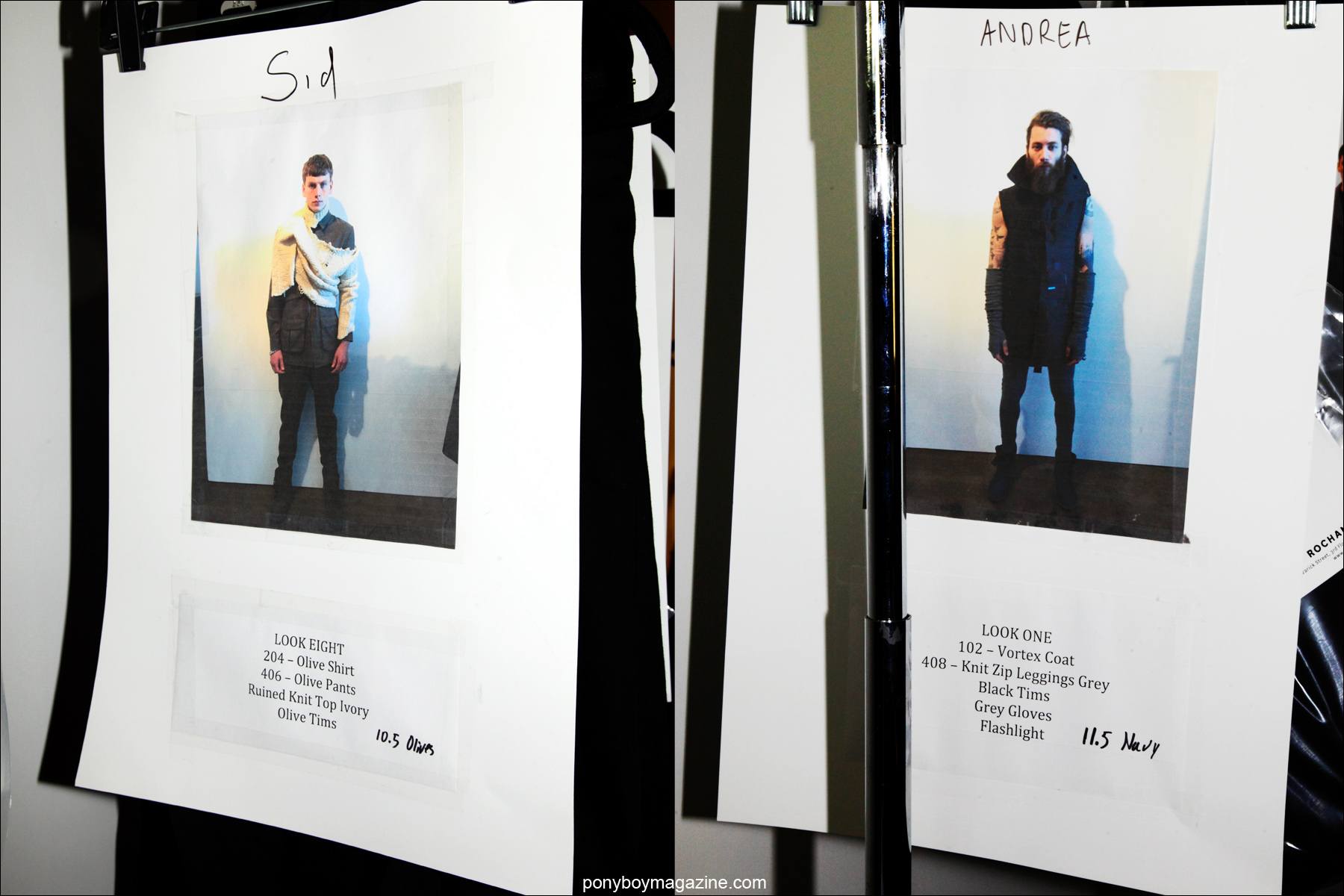 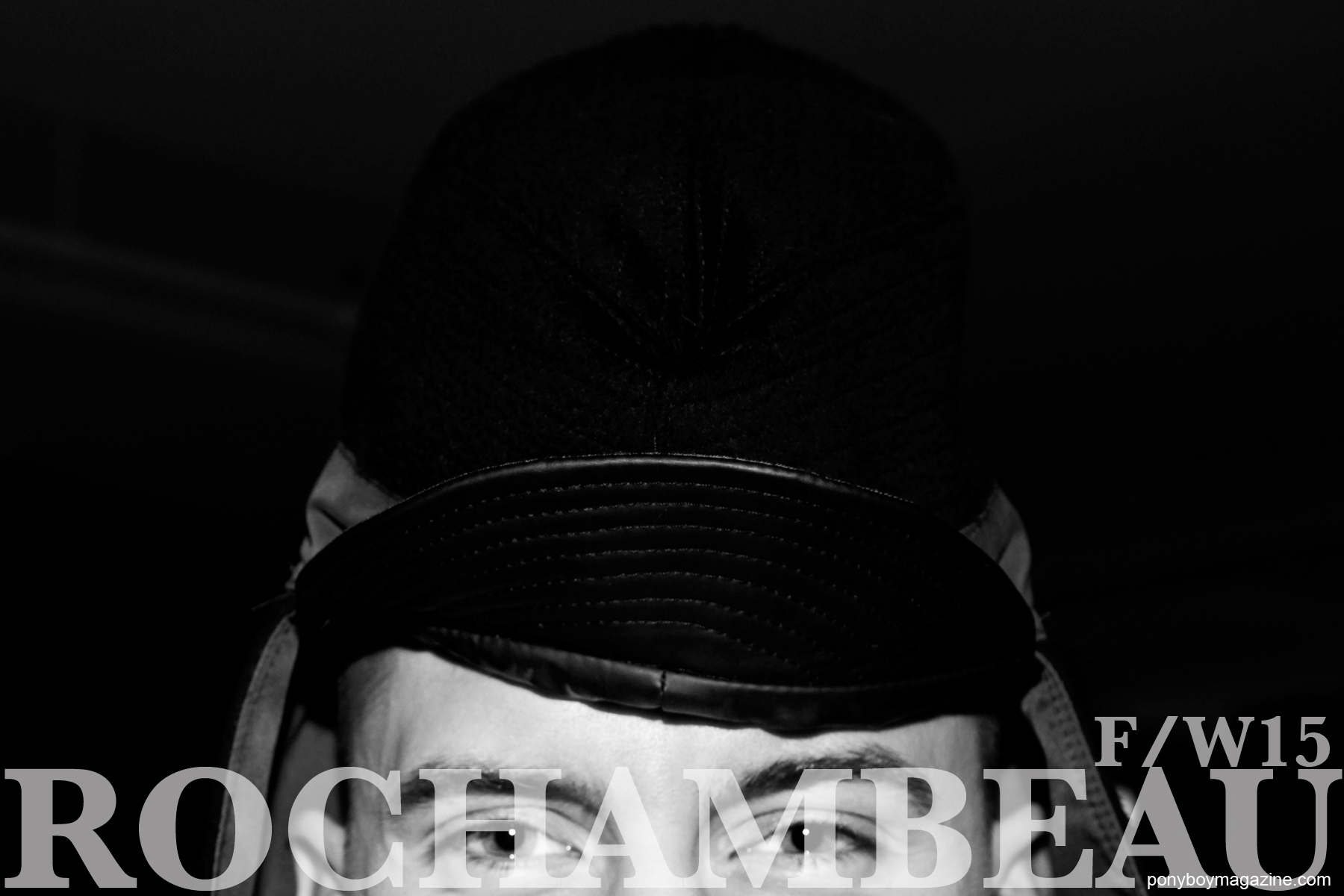 Rochambeau menswear designers Joshua Cooper and Laurence Chandler took inspiration from the gritty, wintery streets of New York City in their Fall/Winter 2015 collection. The set was adorned with huge blocks of ice that were filled with odds and ends, much like the garbage you find on the streets of NY, including cigarette butts, umbrellas, metrocards, and an old slice of pizza. The brilliant collection incorporated both modern, futuristic looks as well as militaristic looks. Garments made of sleek, high-tech fabrics were shown alongside heavy, tactical-looking combat wear. Design details included industrial belt straps and oversized pockets. And accessories were comprised of large flashlights and Timberland boots. We love that this design duo stays true to their Rochambeau masculine aesthetic, as well as they produce every piece of clothing in New York City. Photography Alexander Thompson.