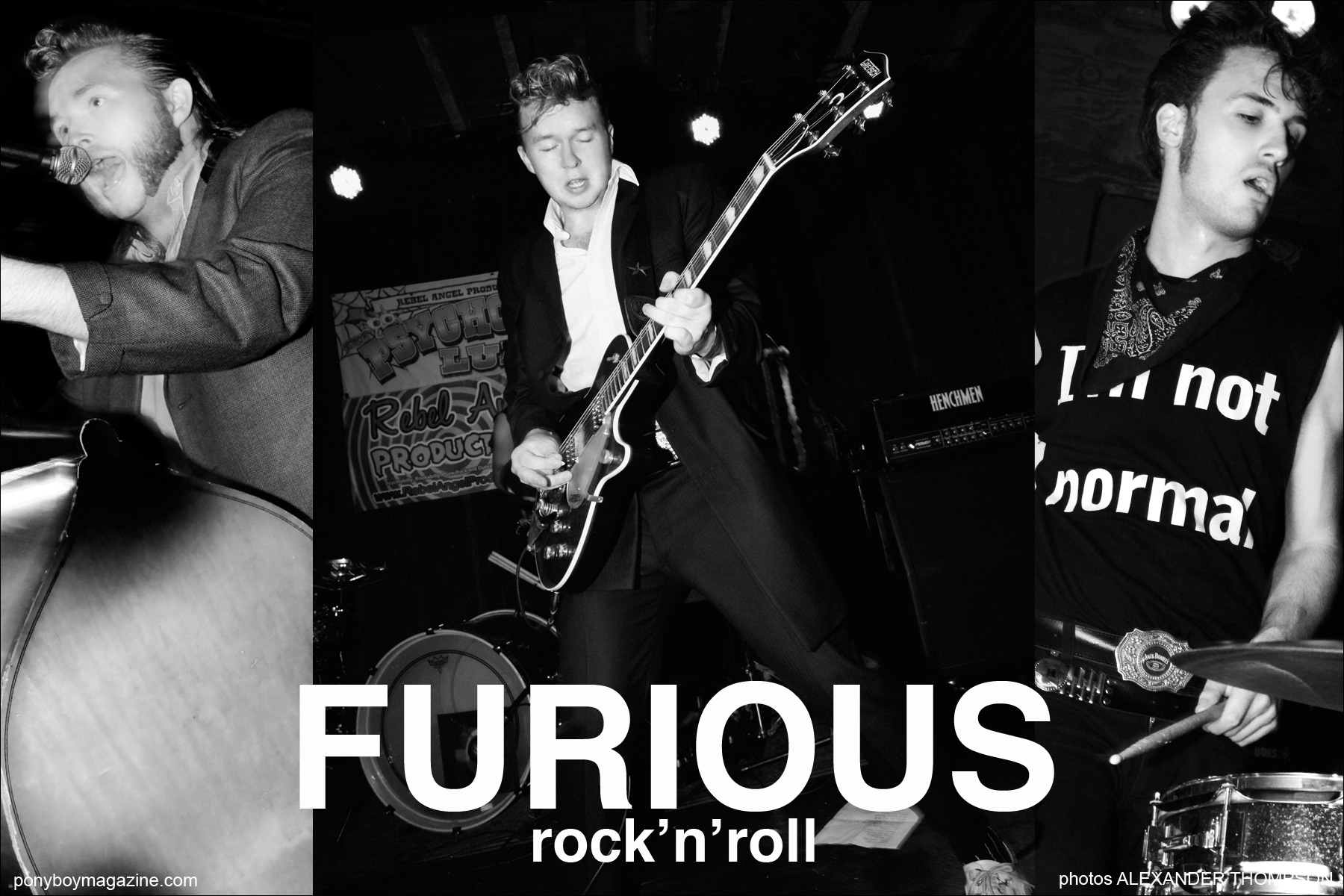 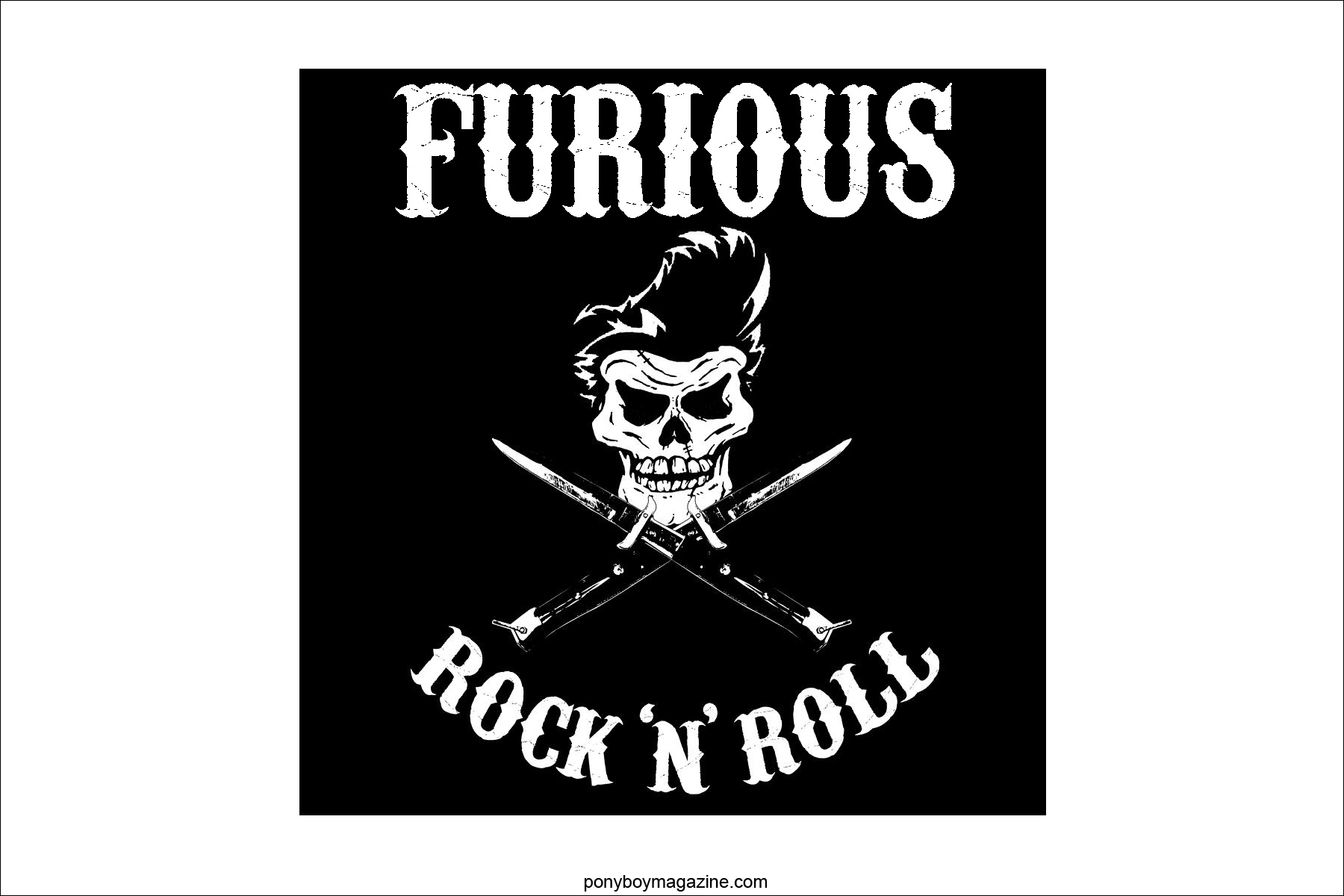 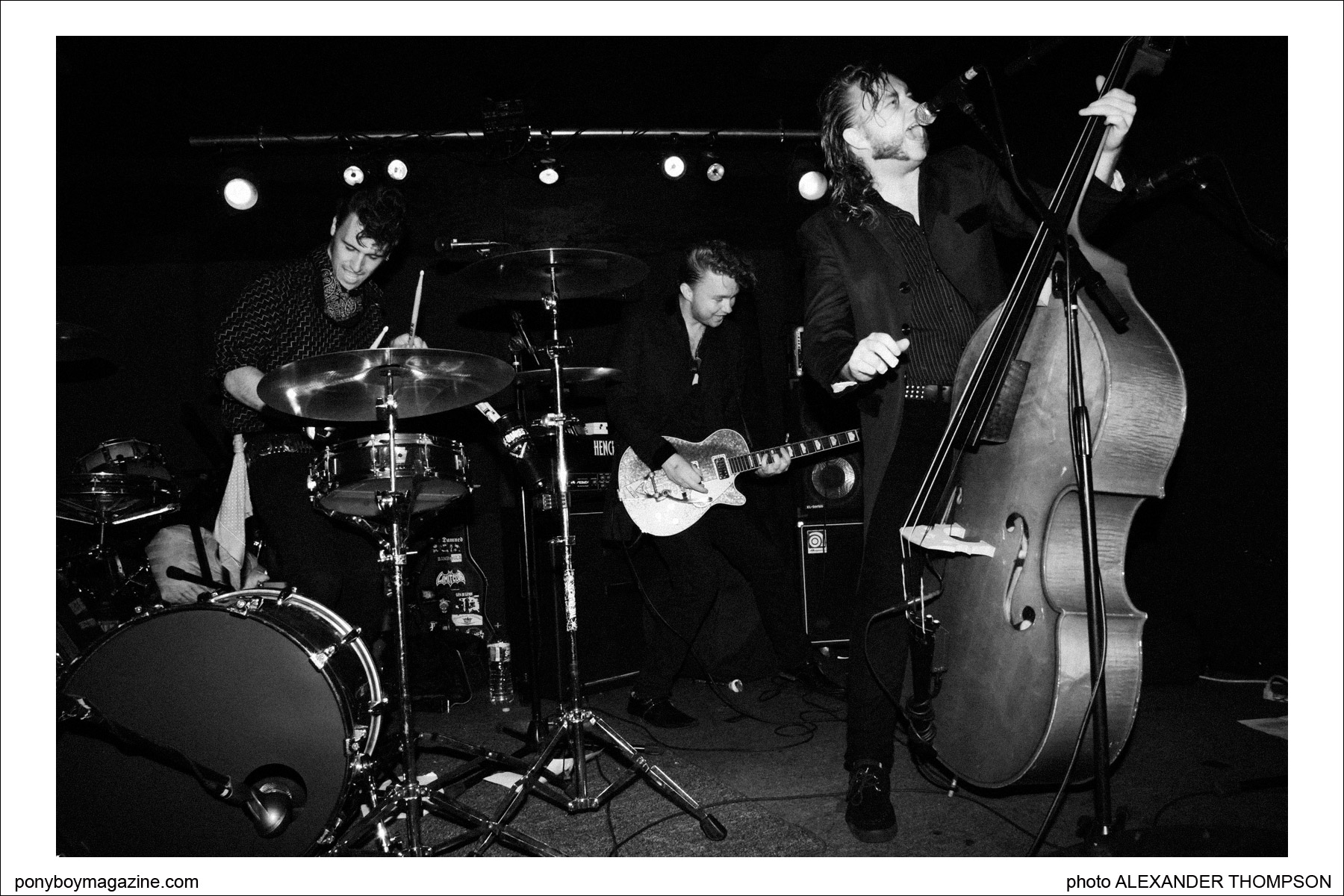 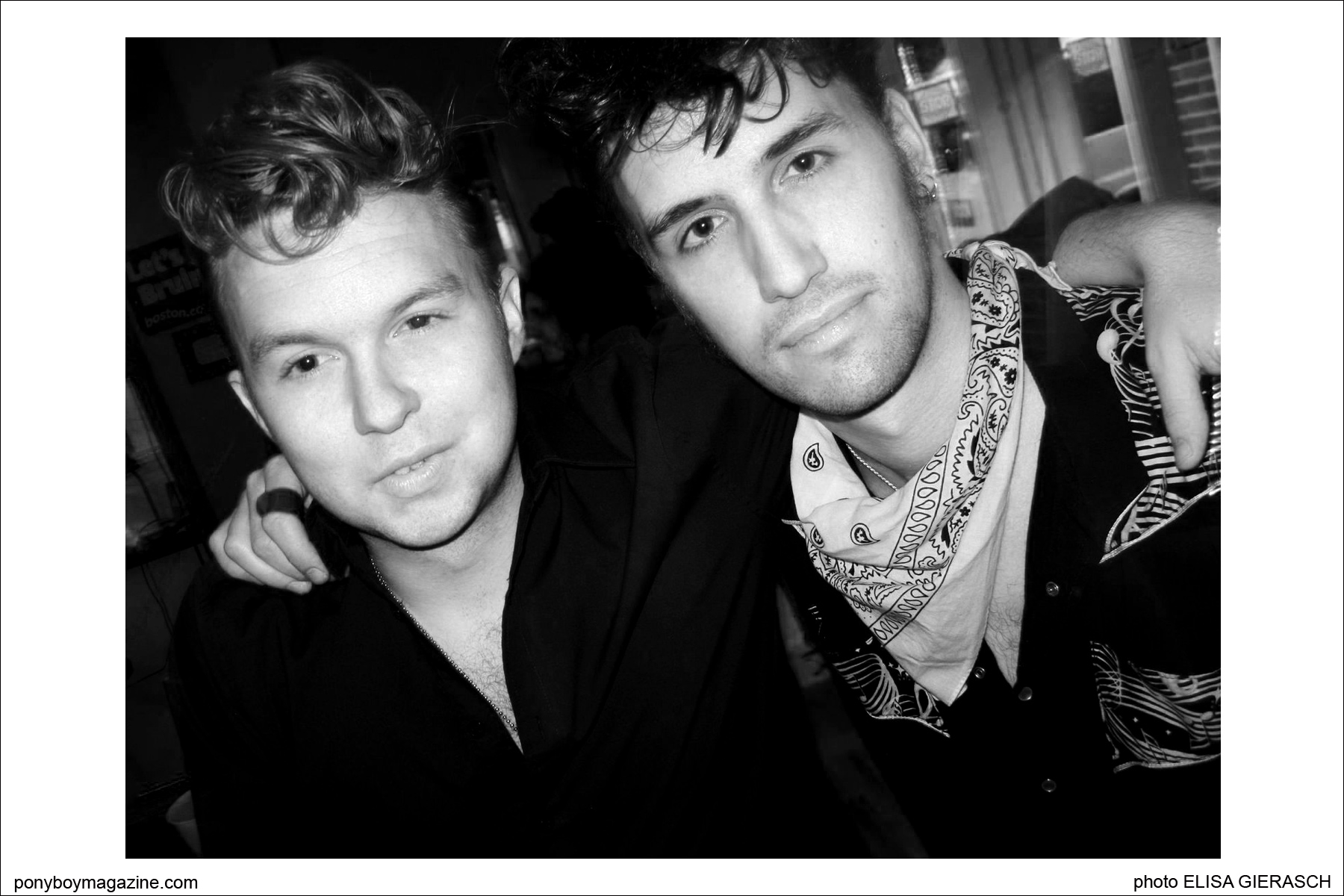 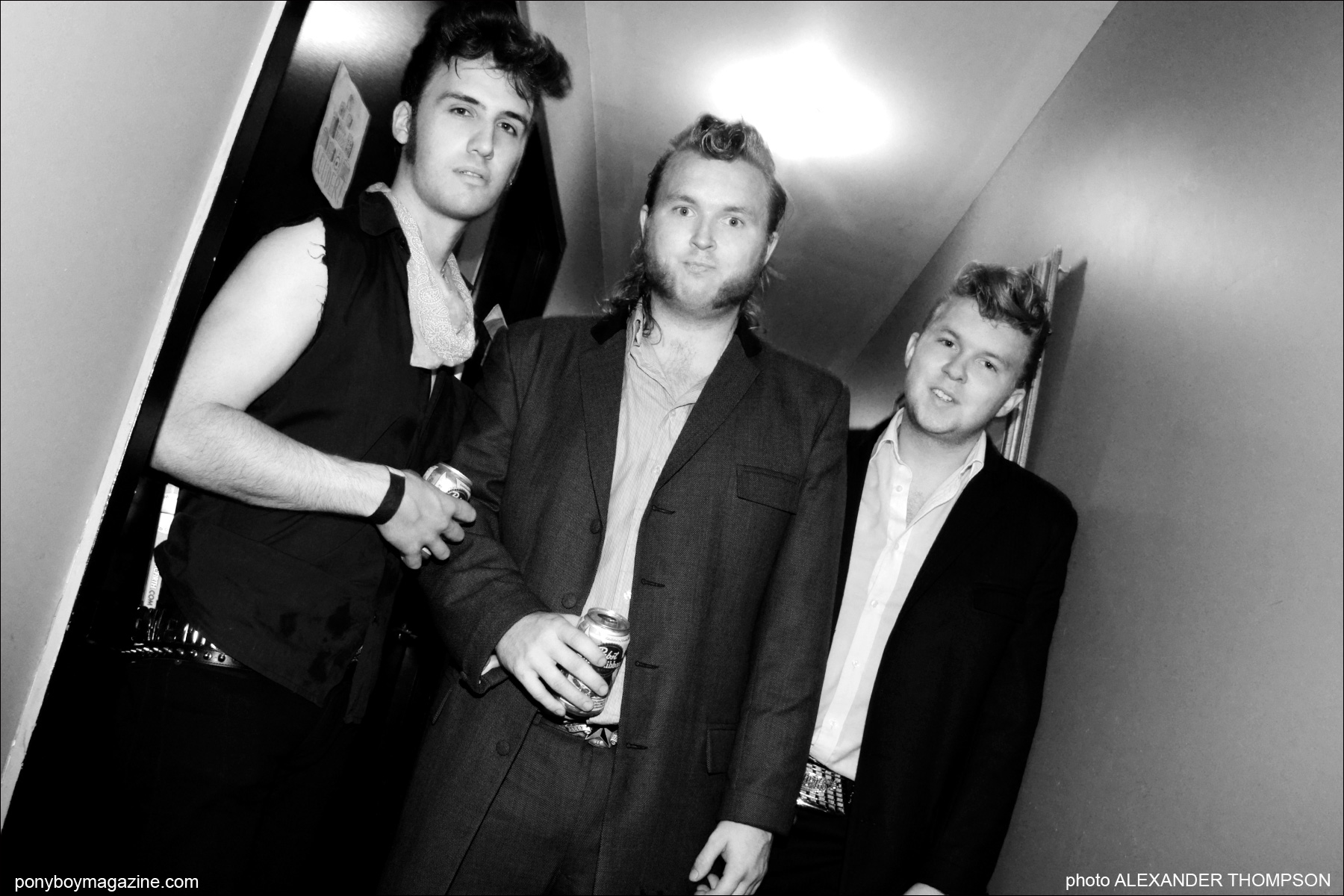 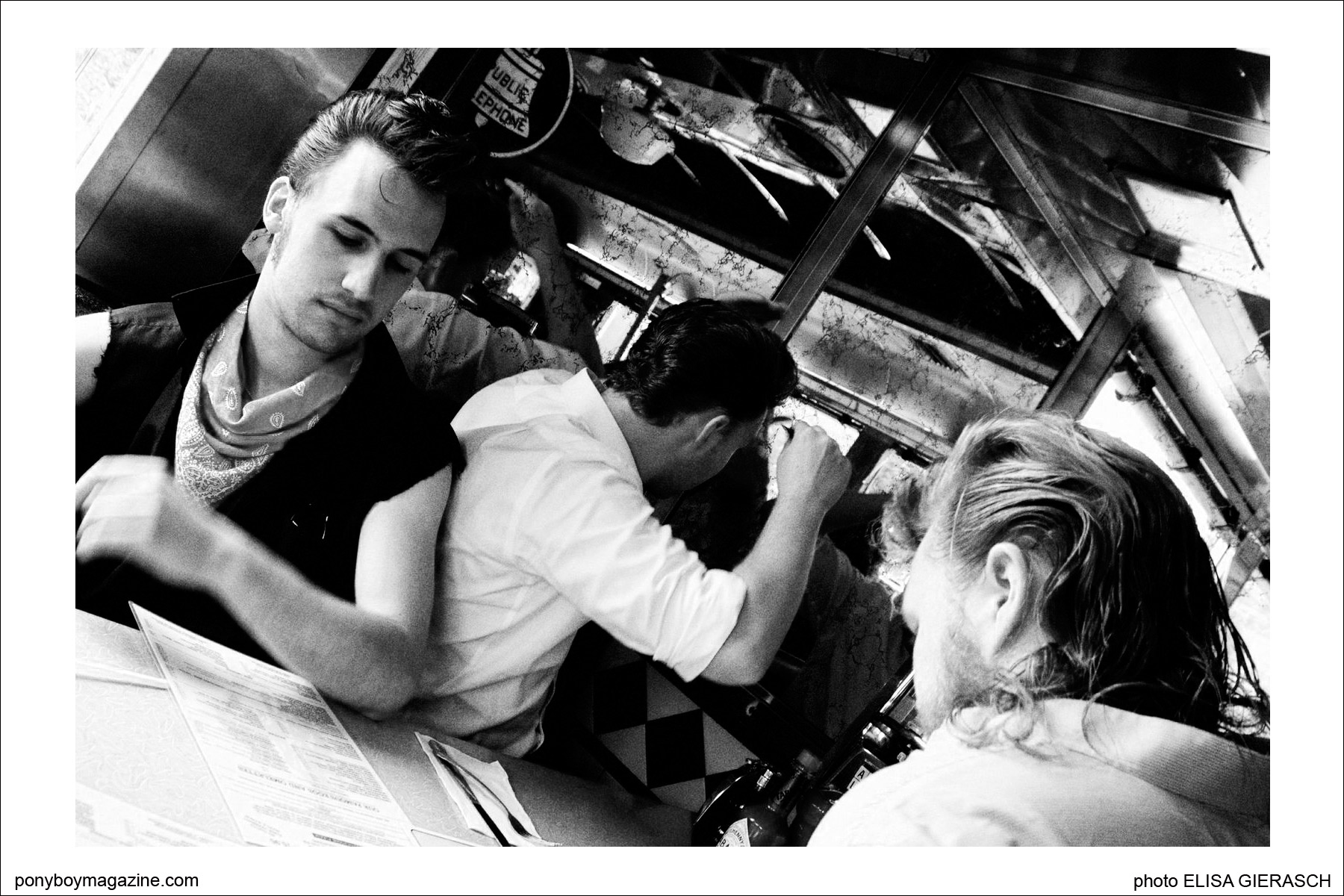 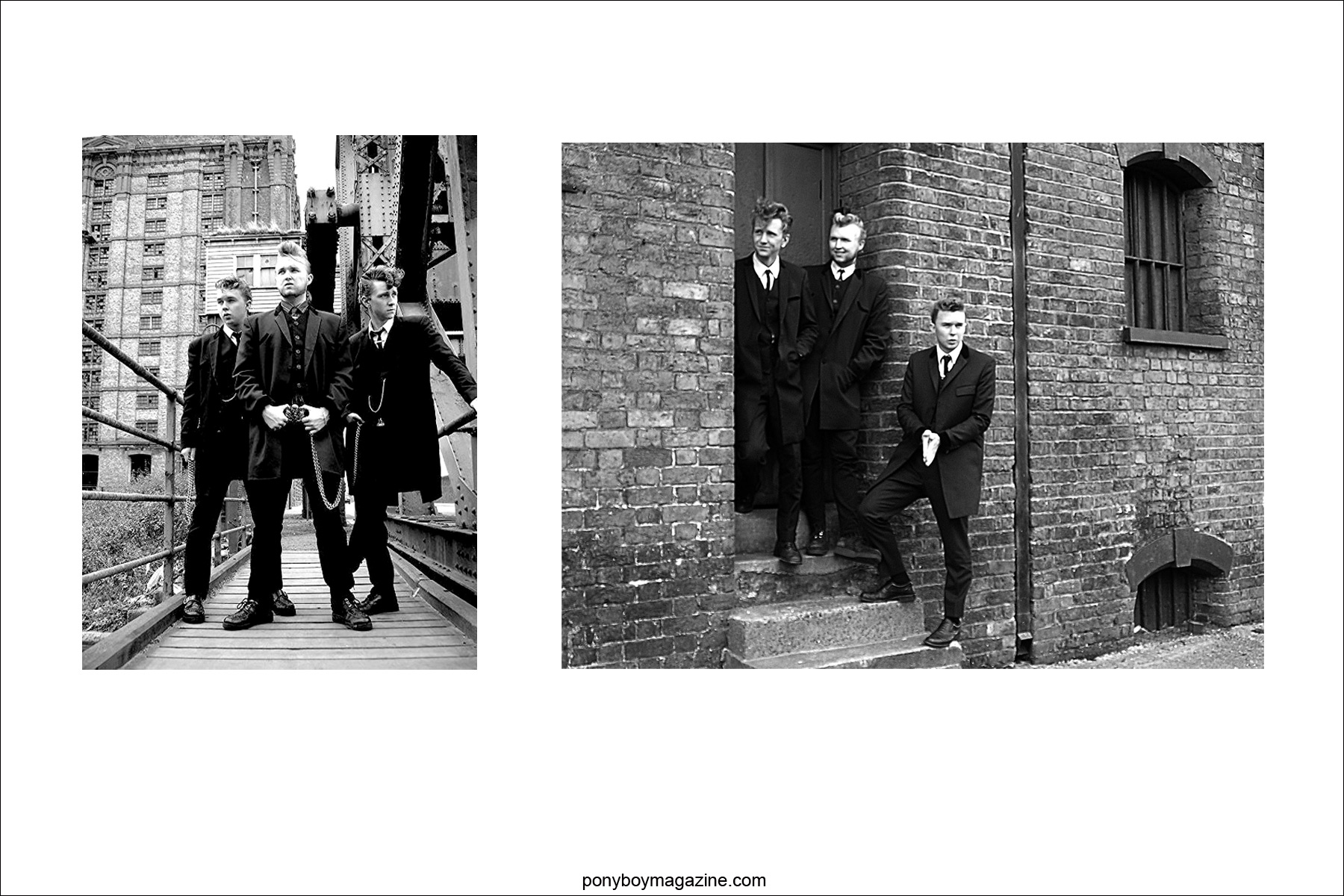 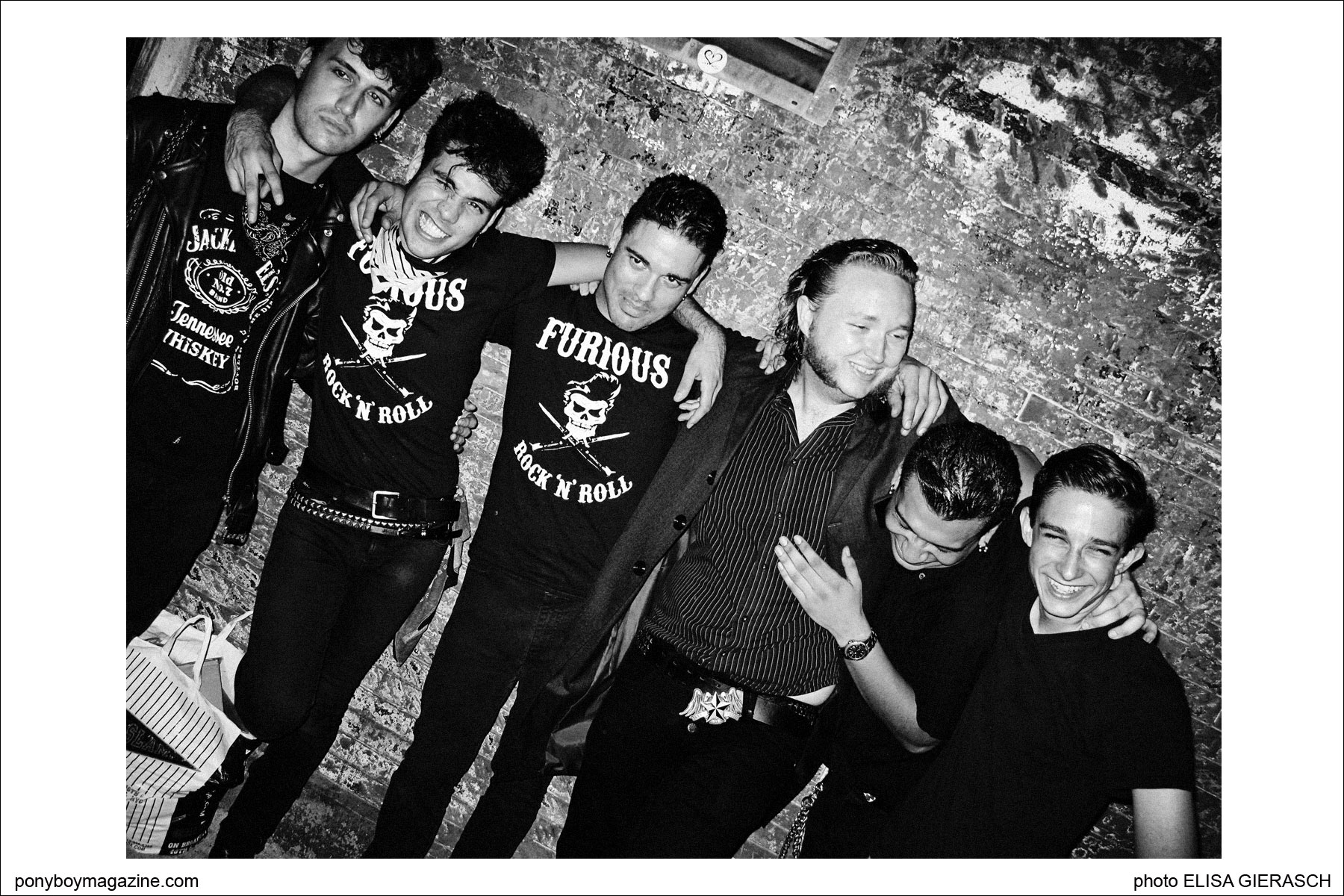 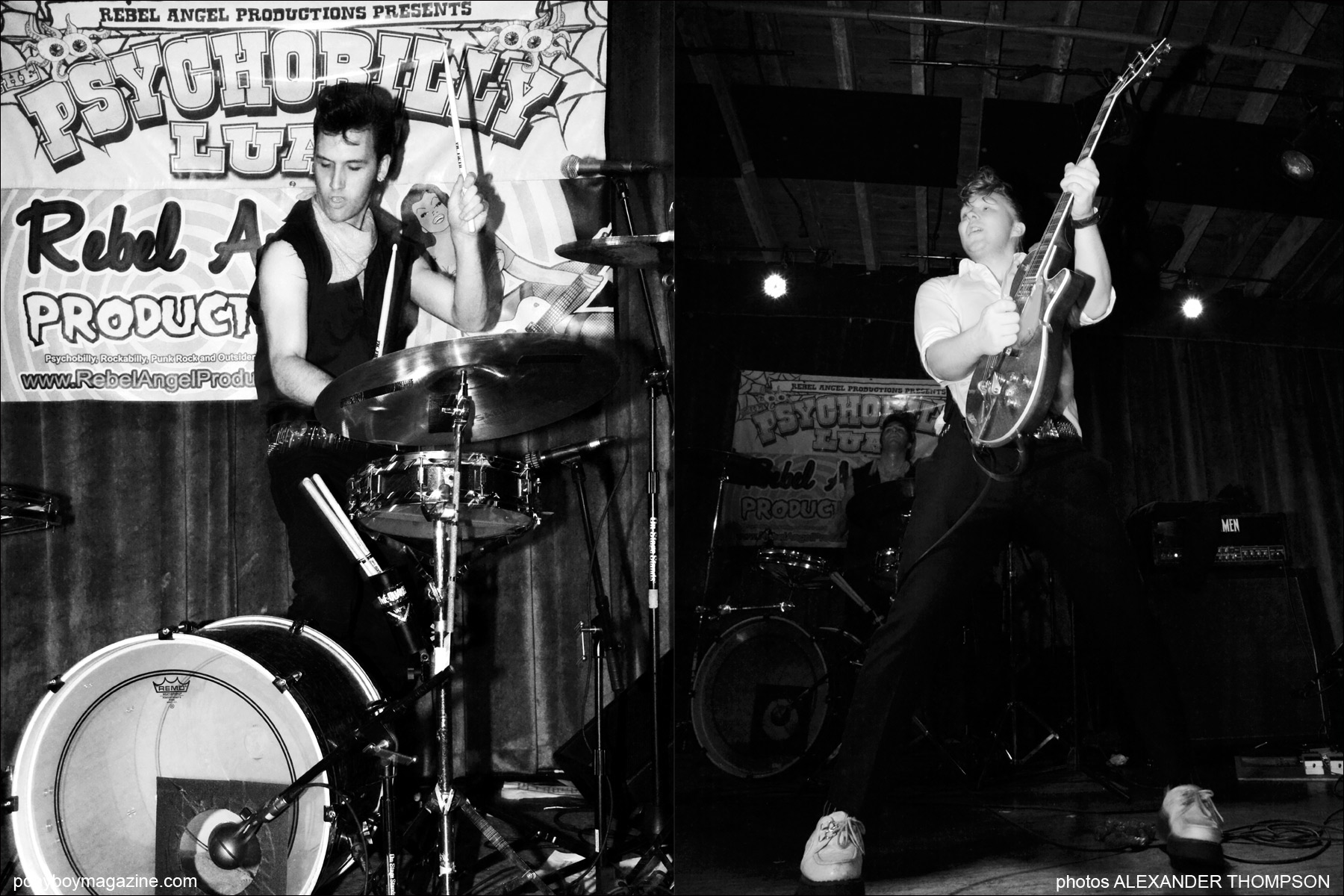 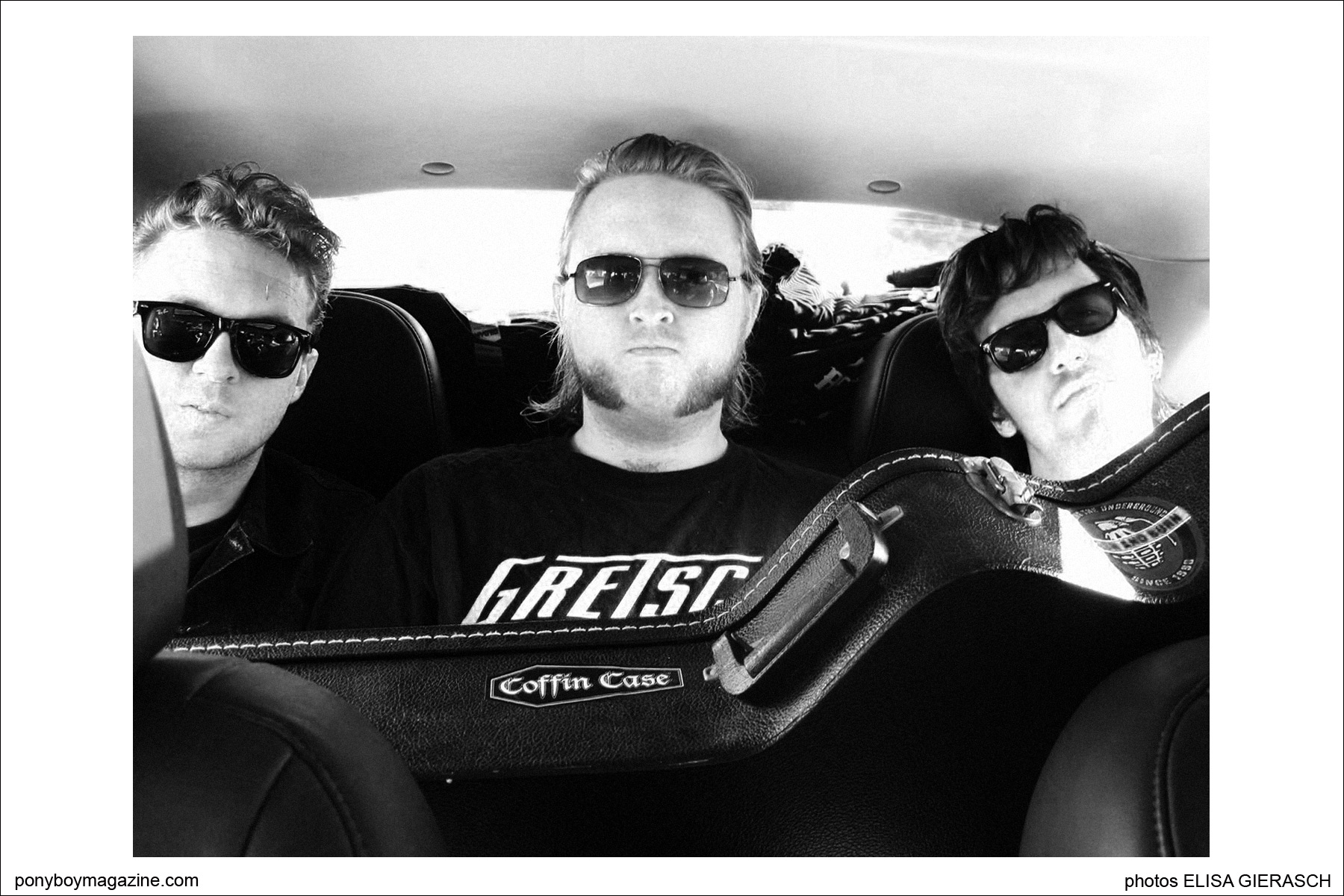 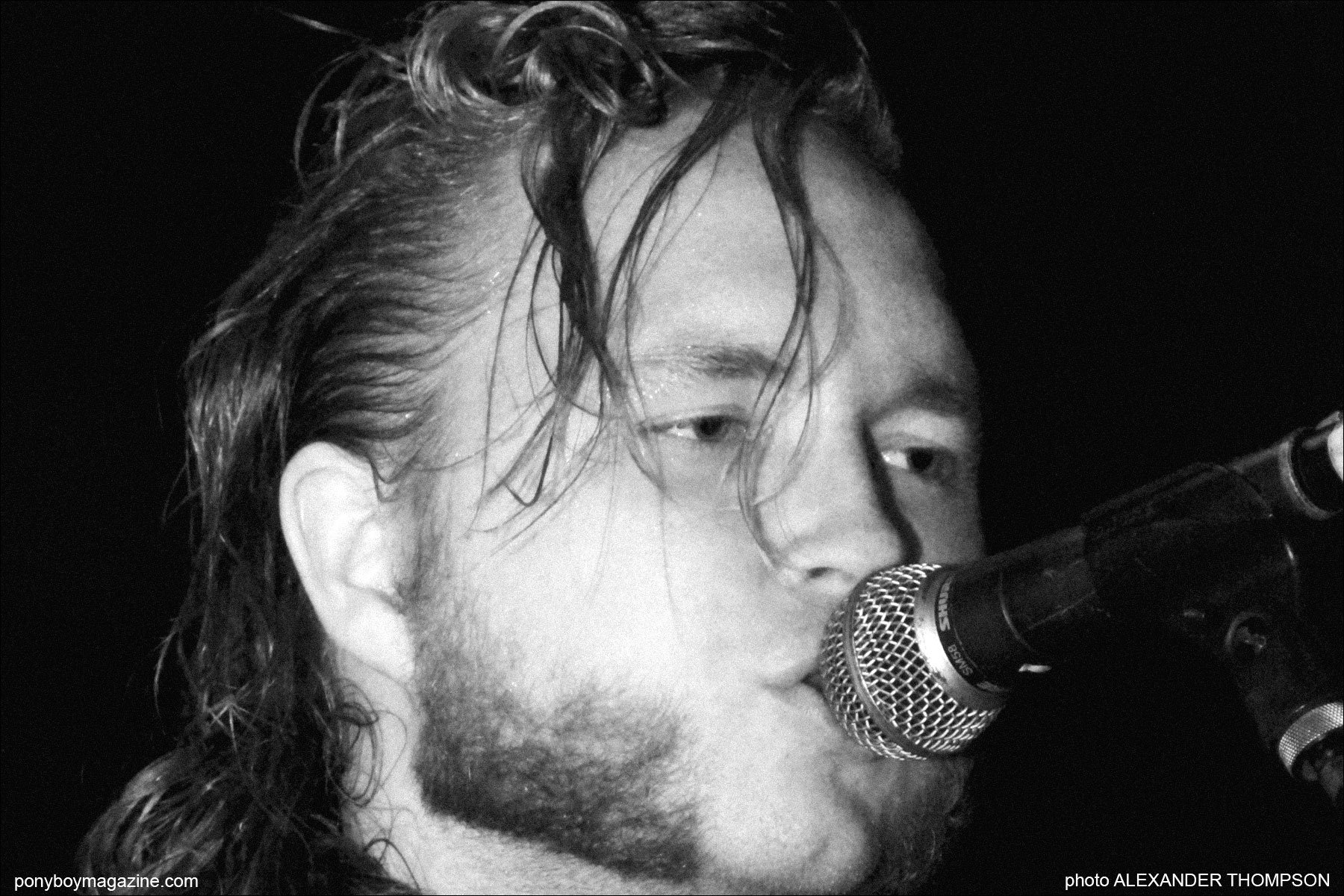 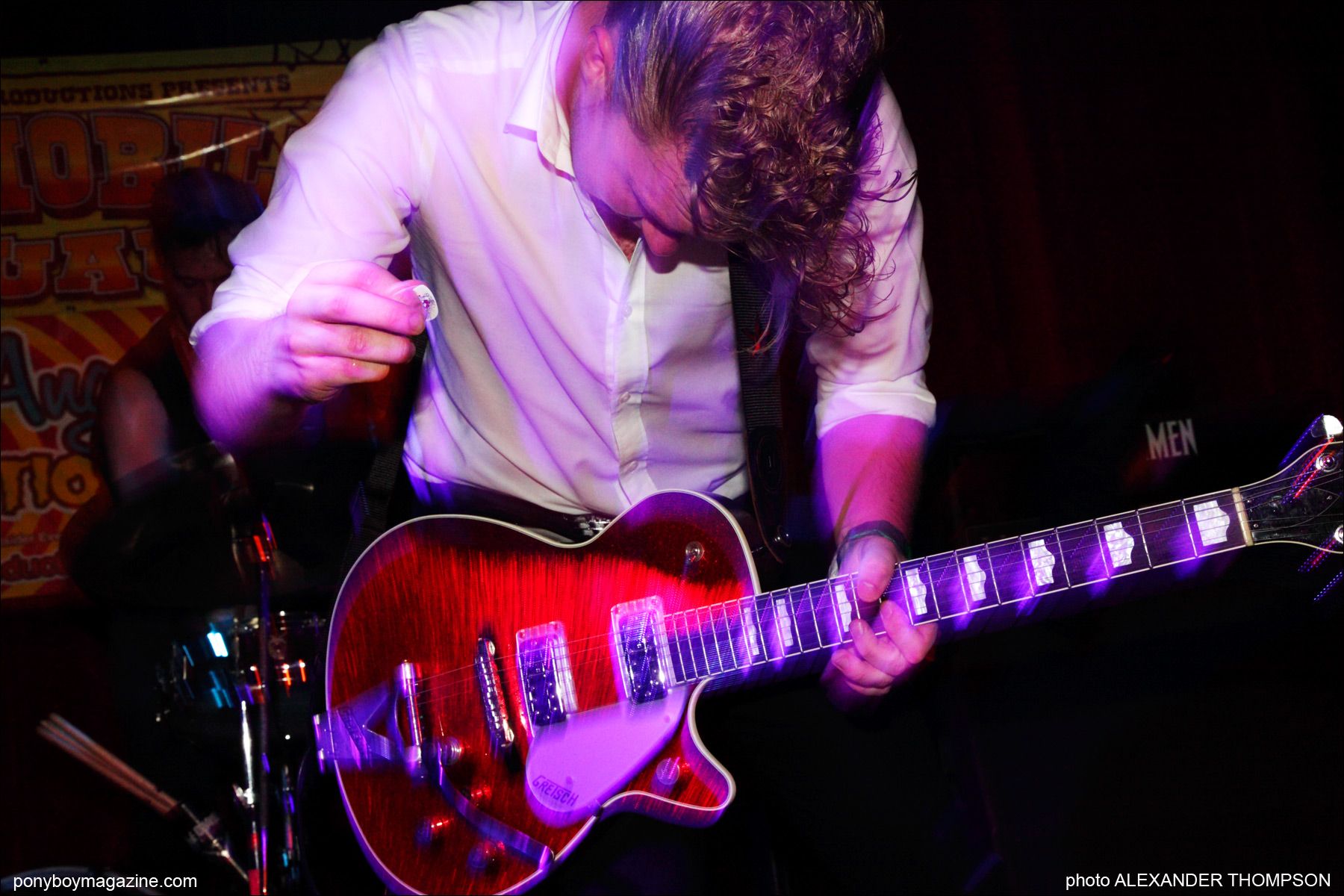 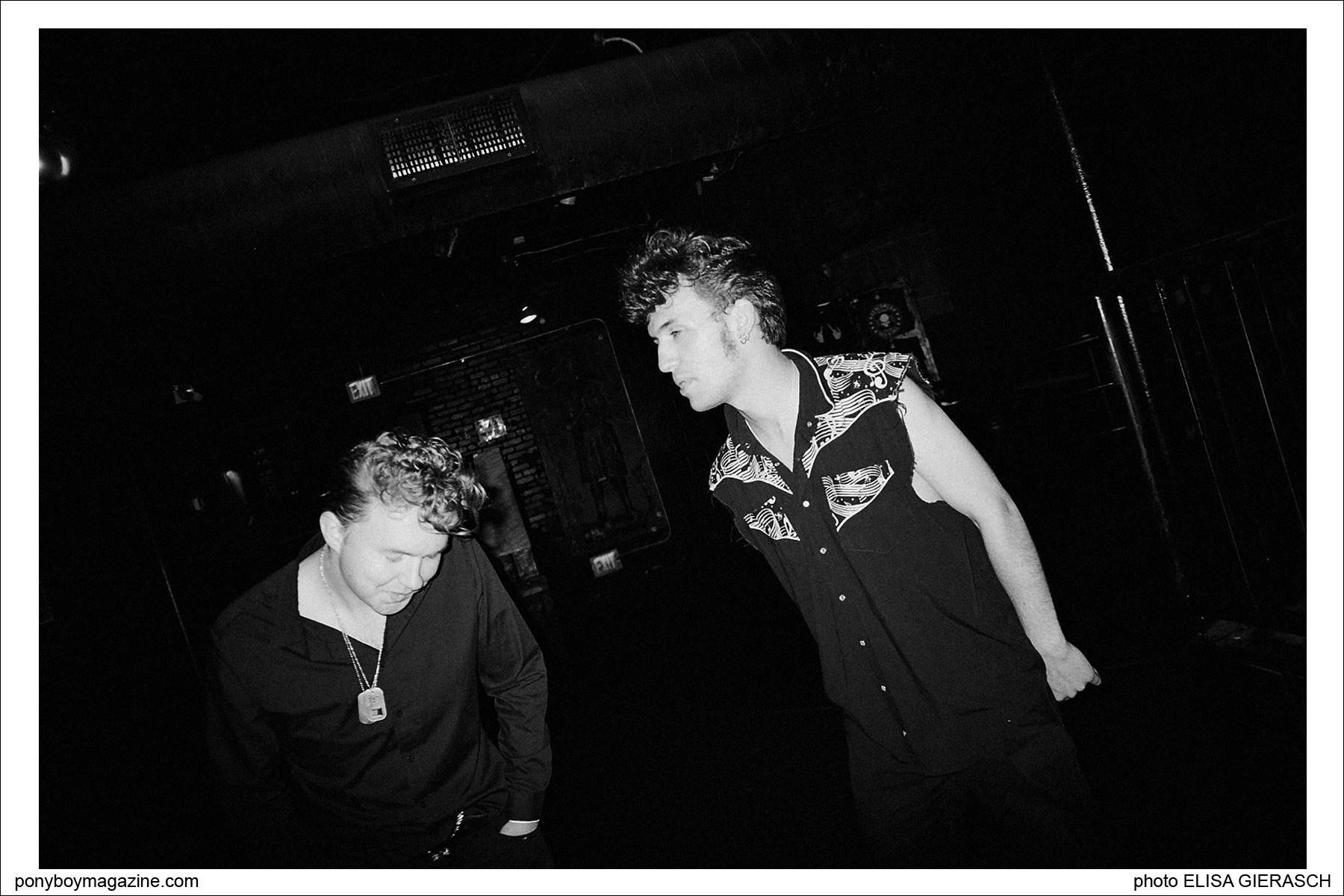 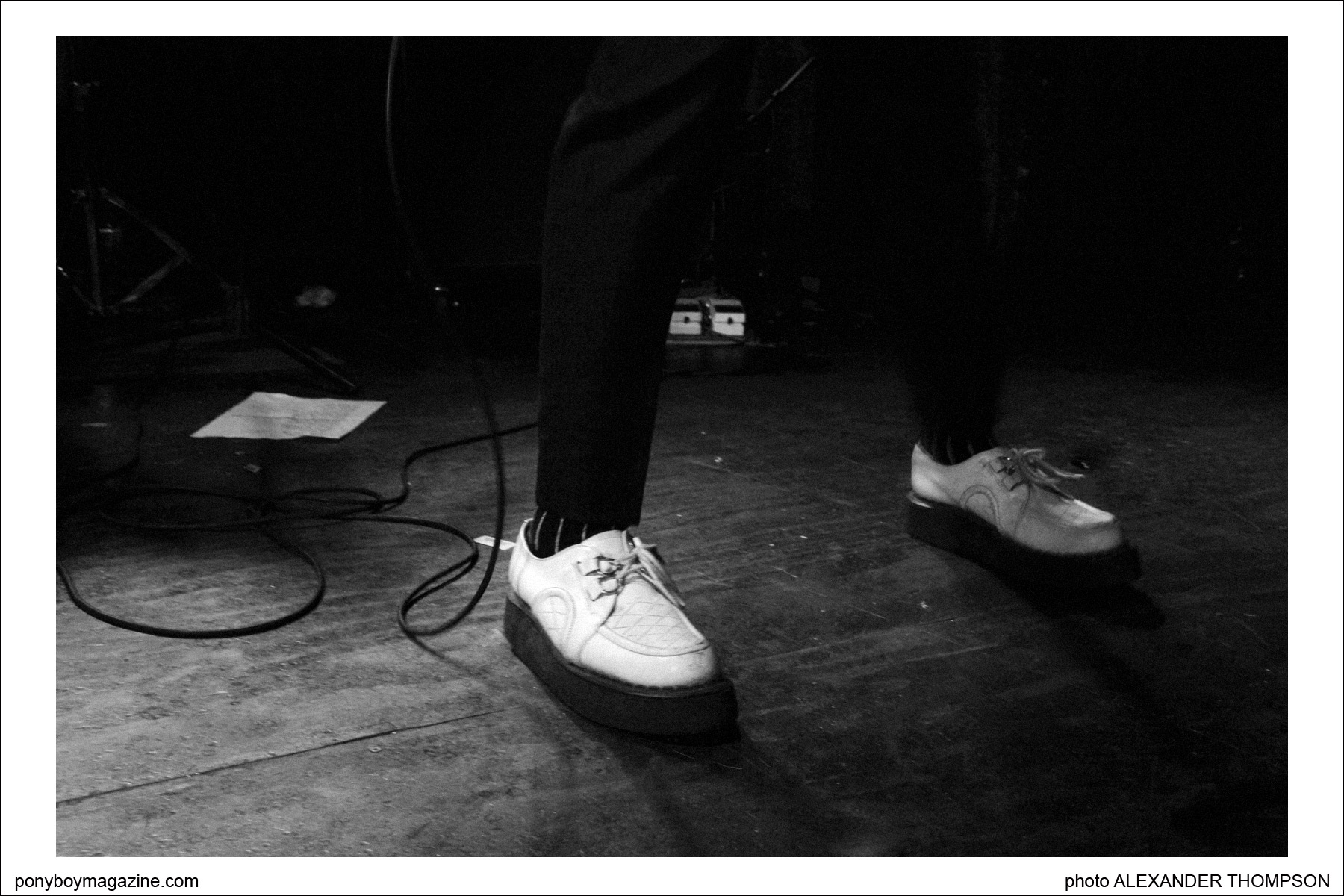 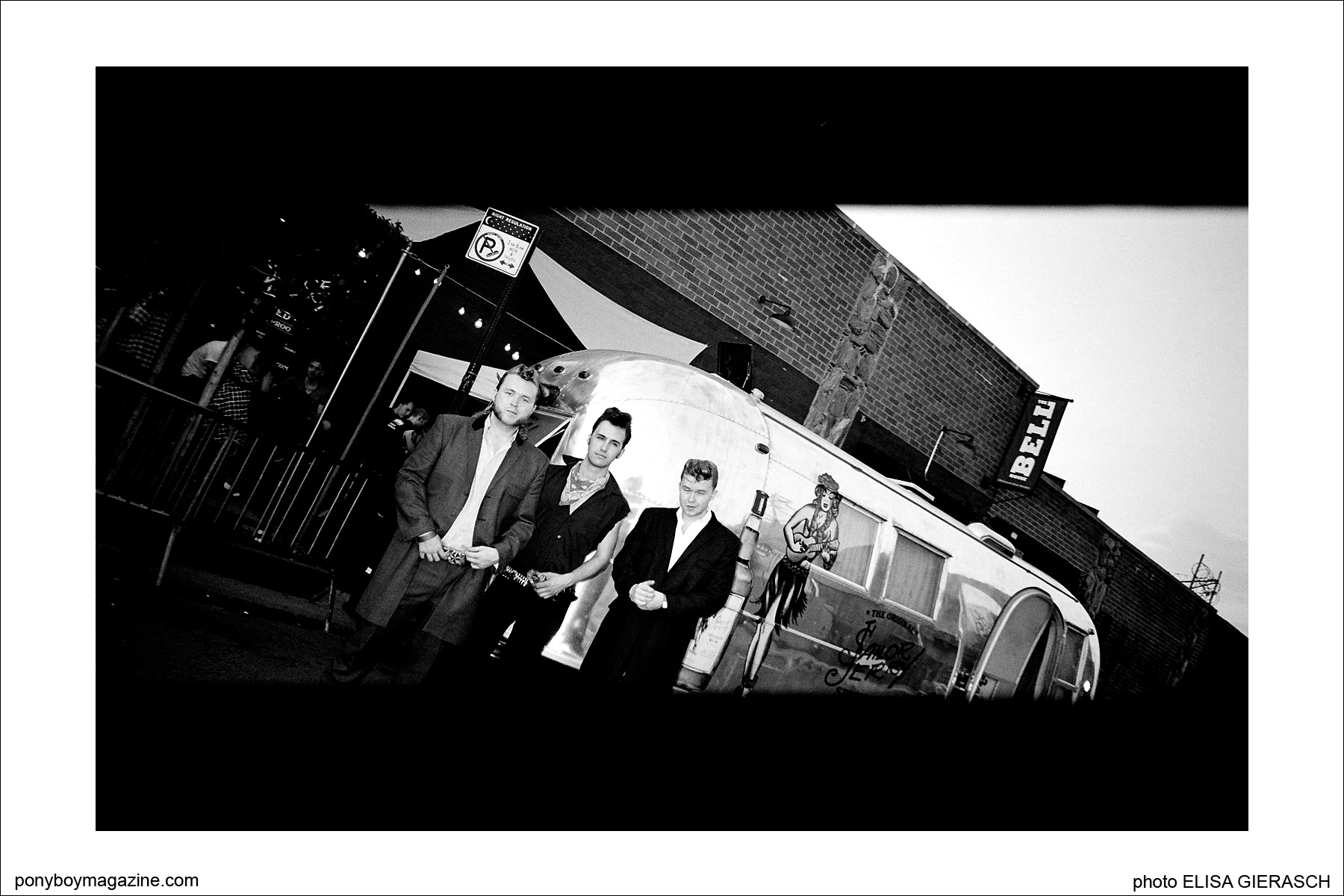 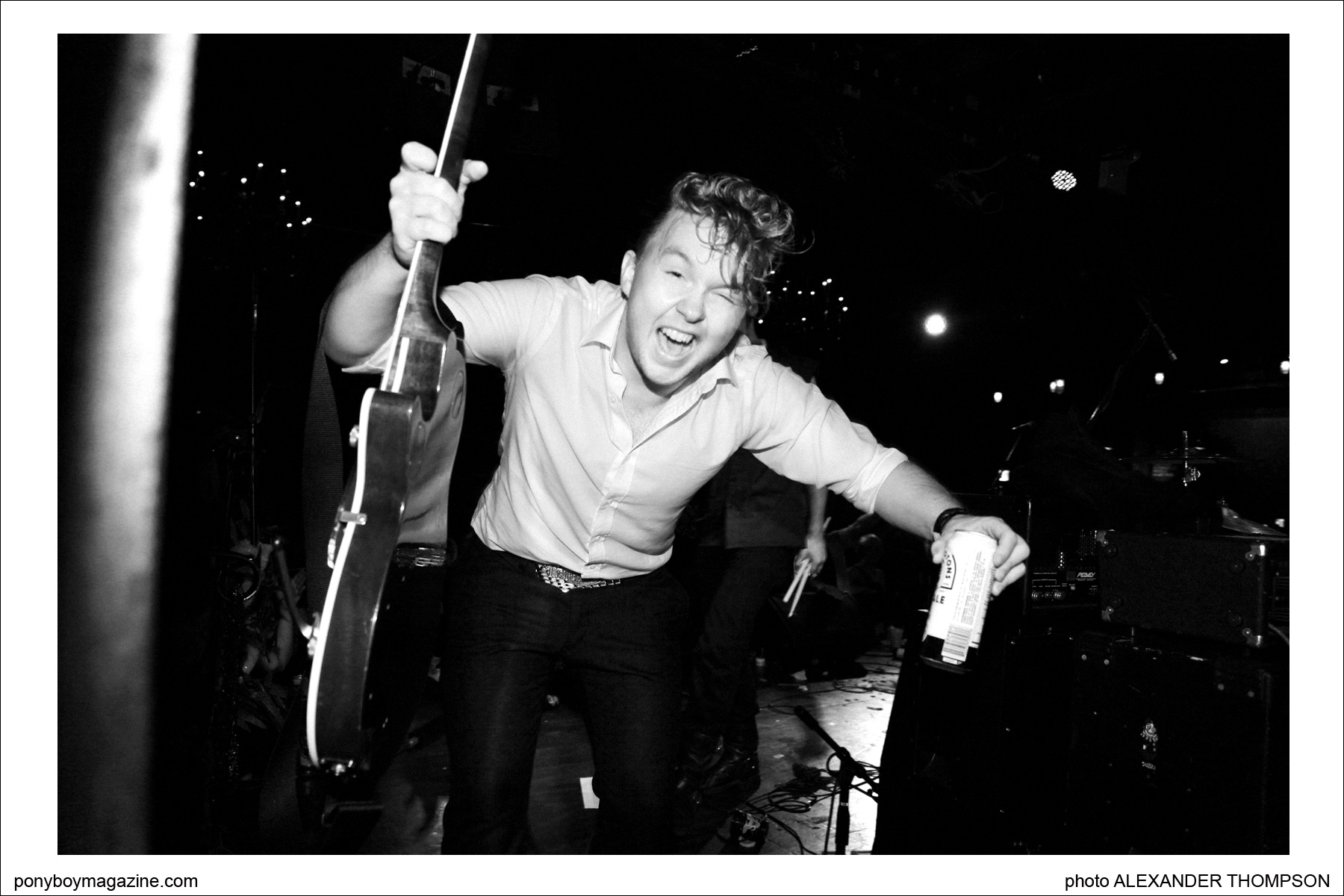 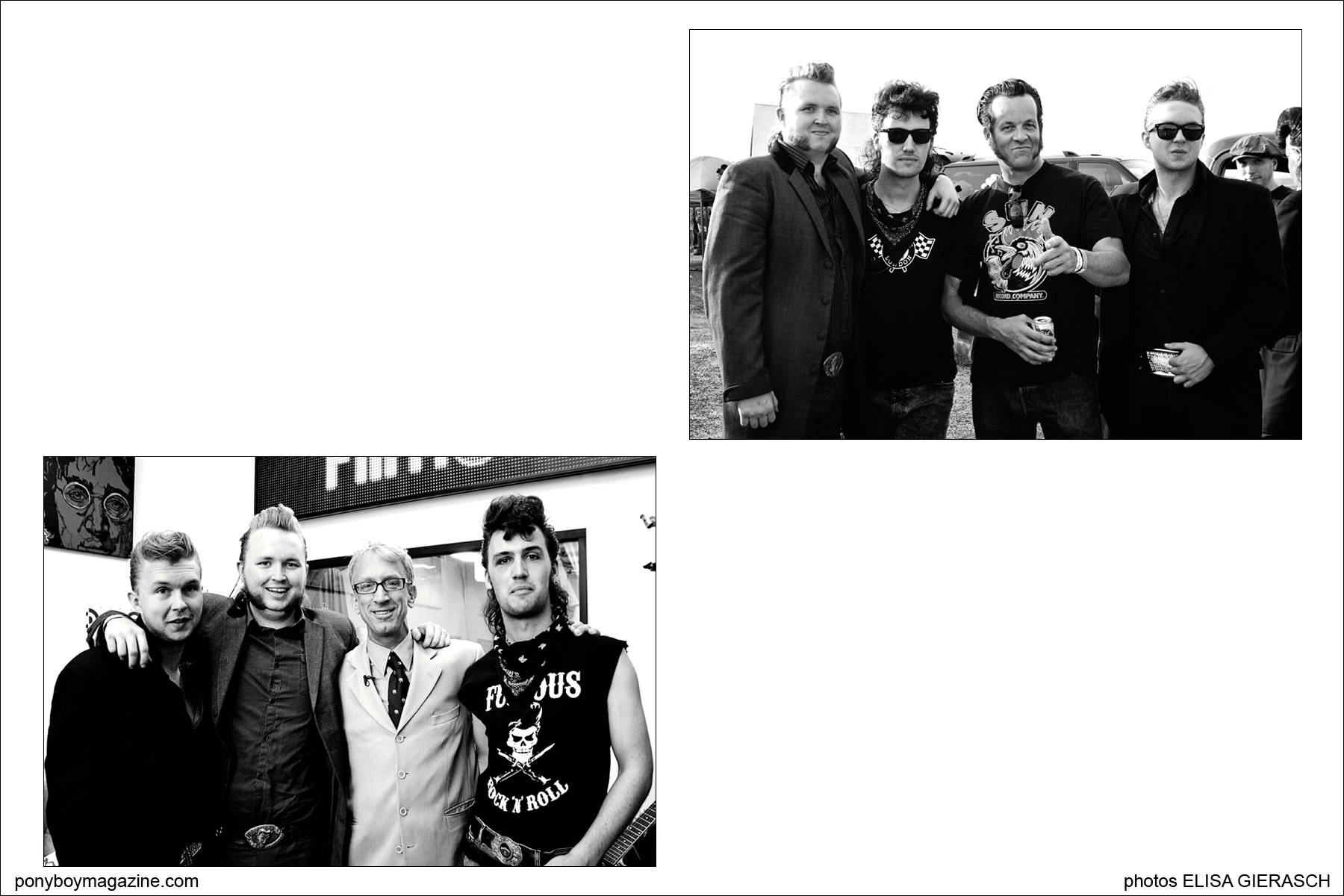 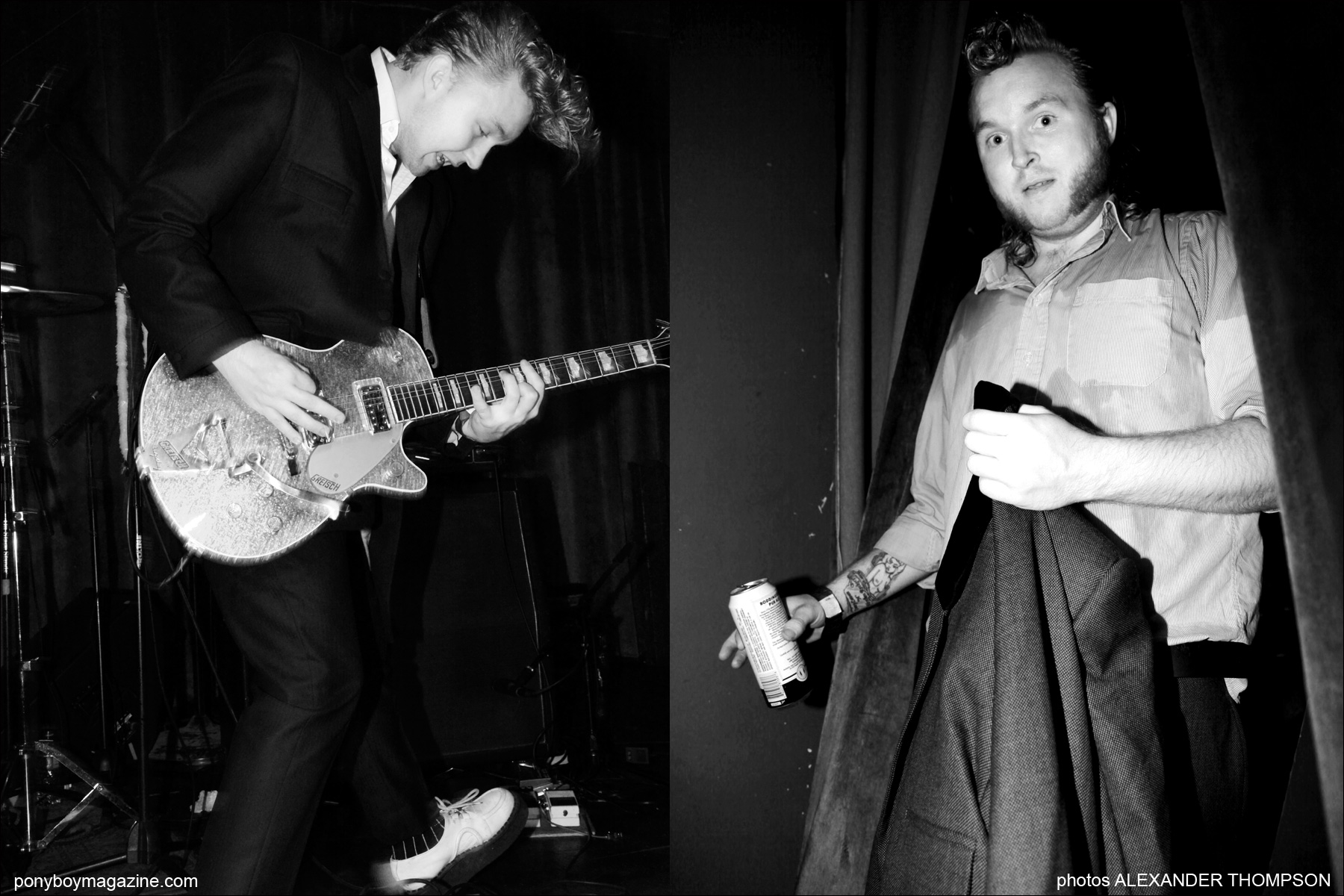 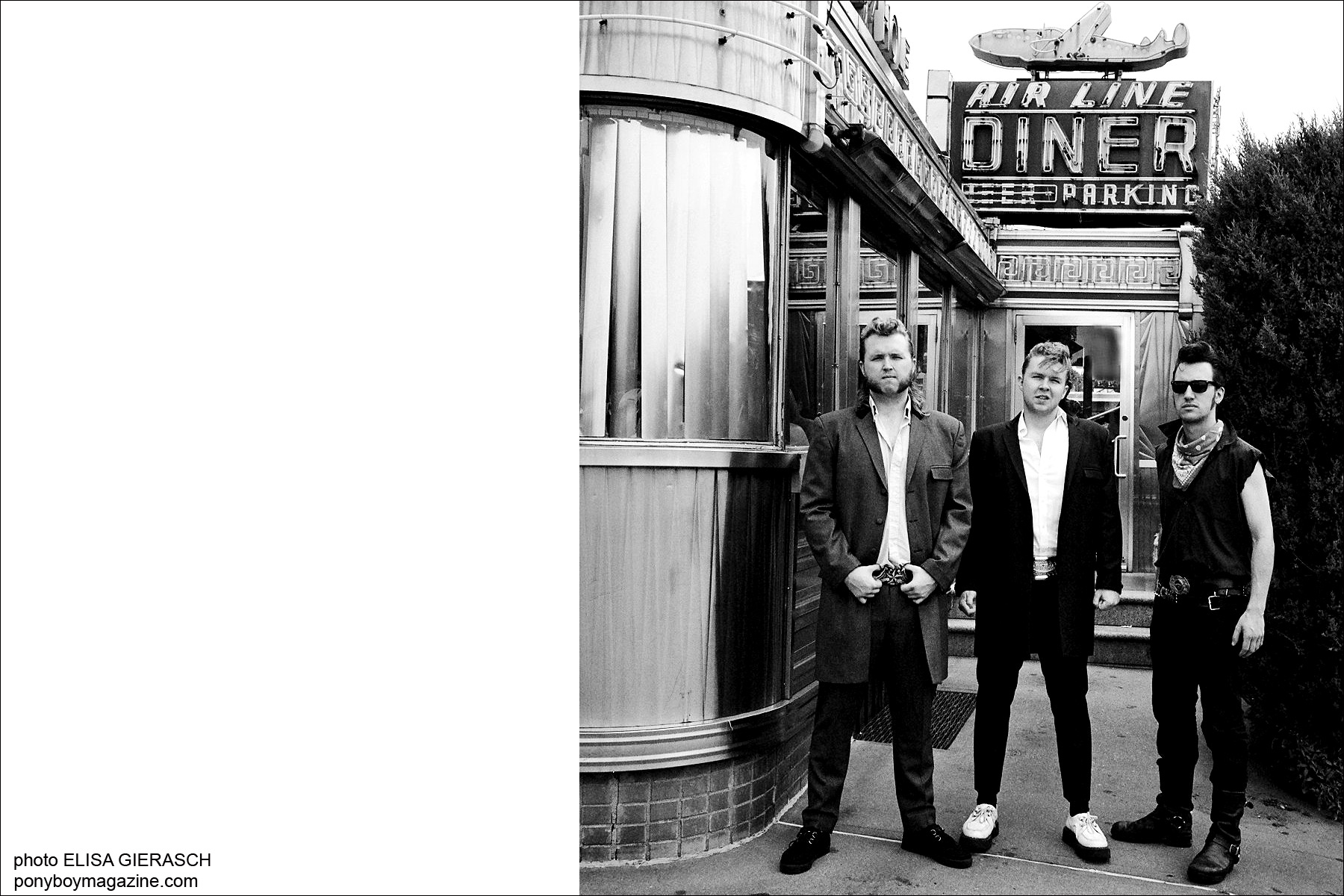 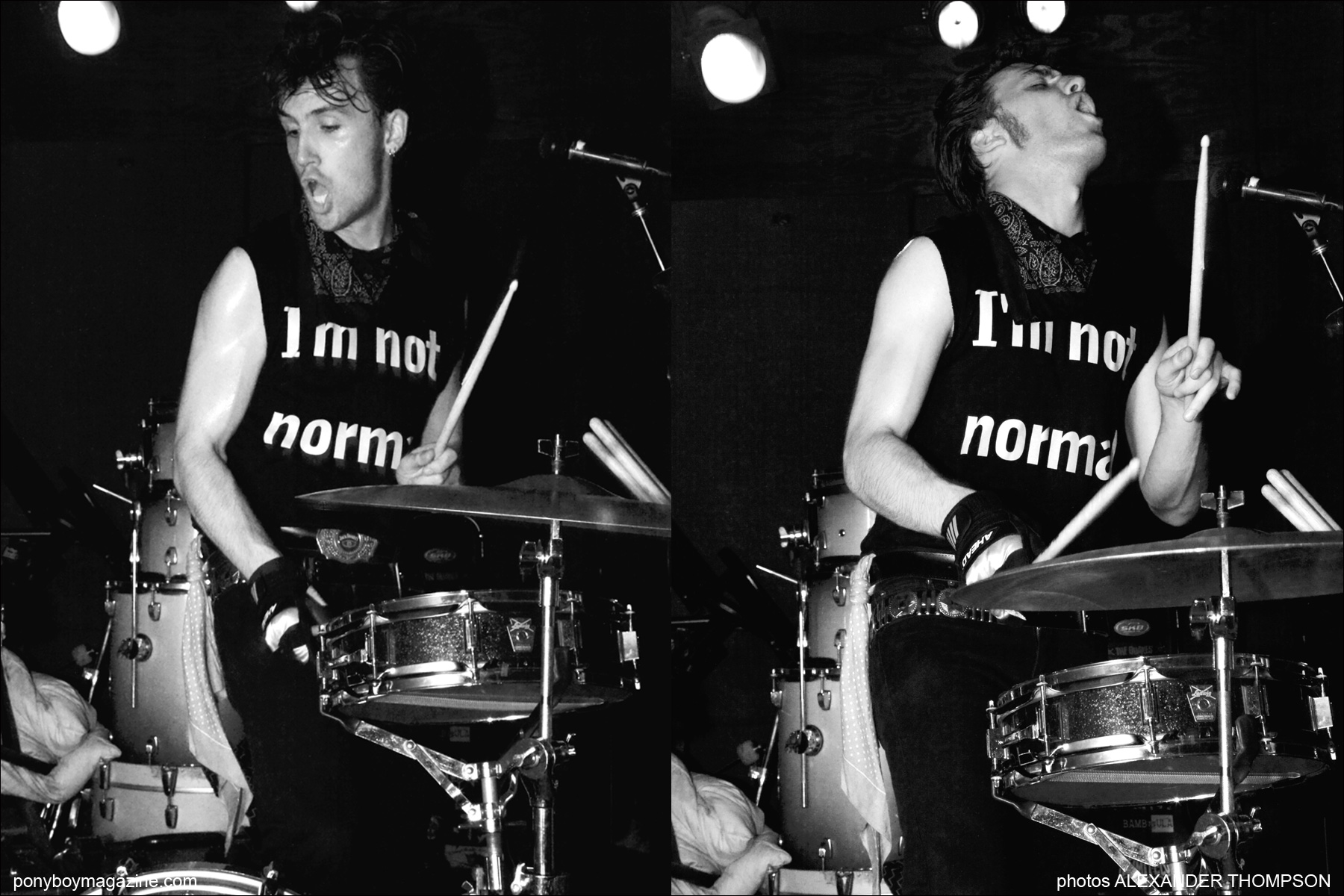 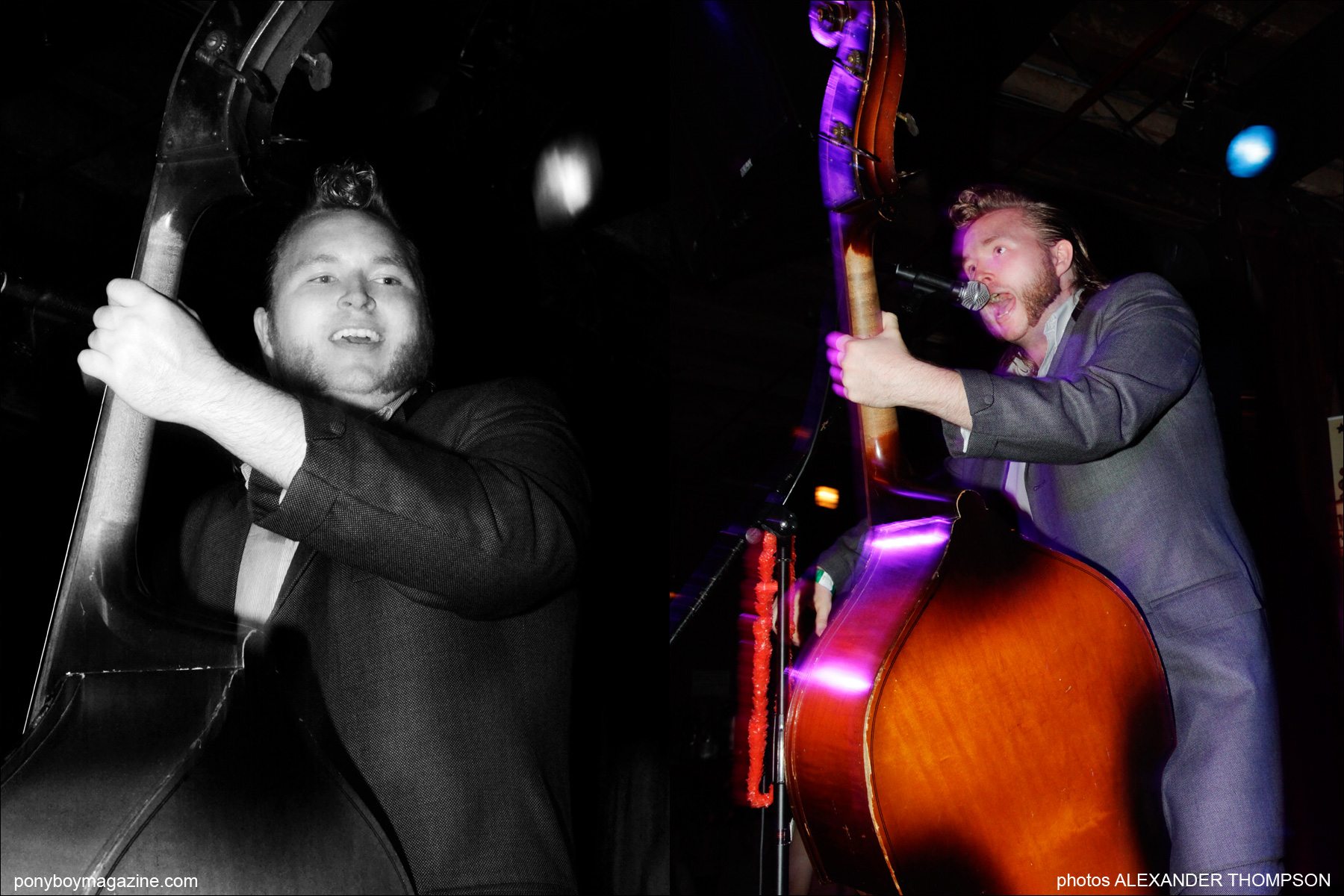 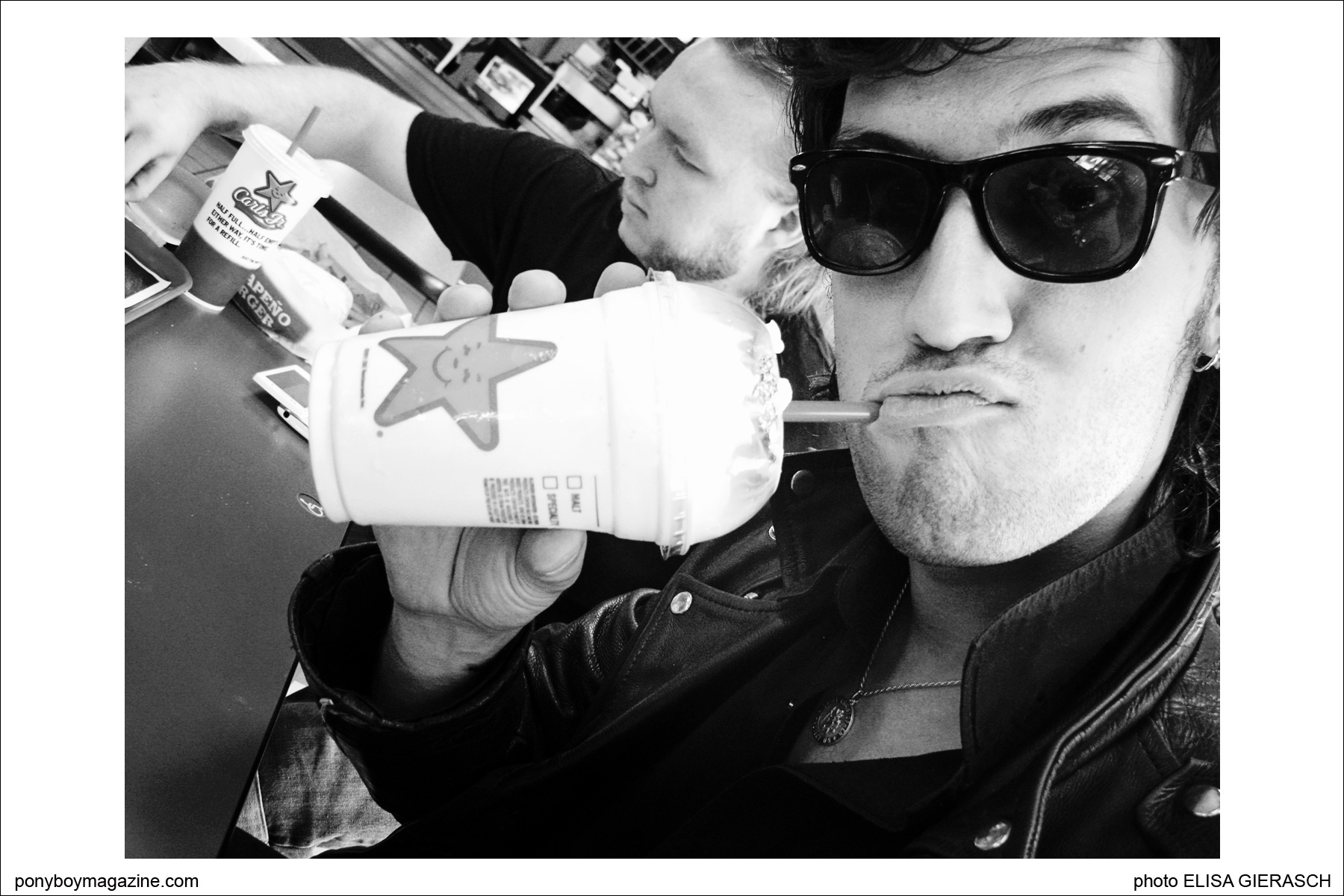 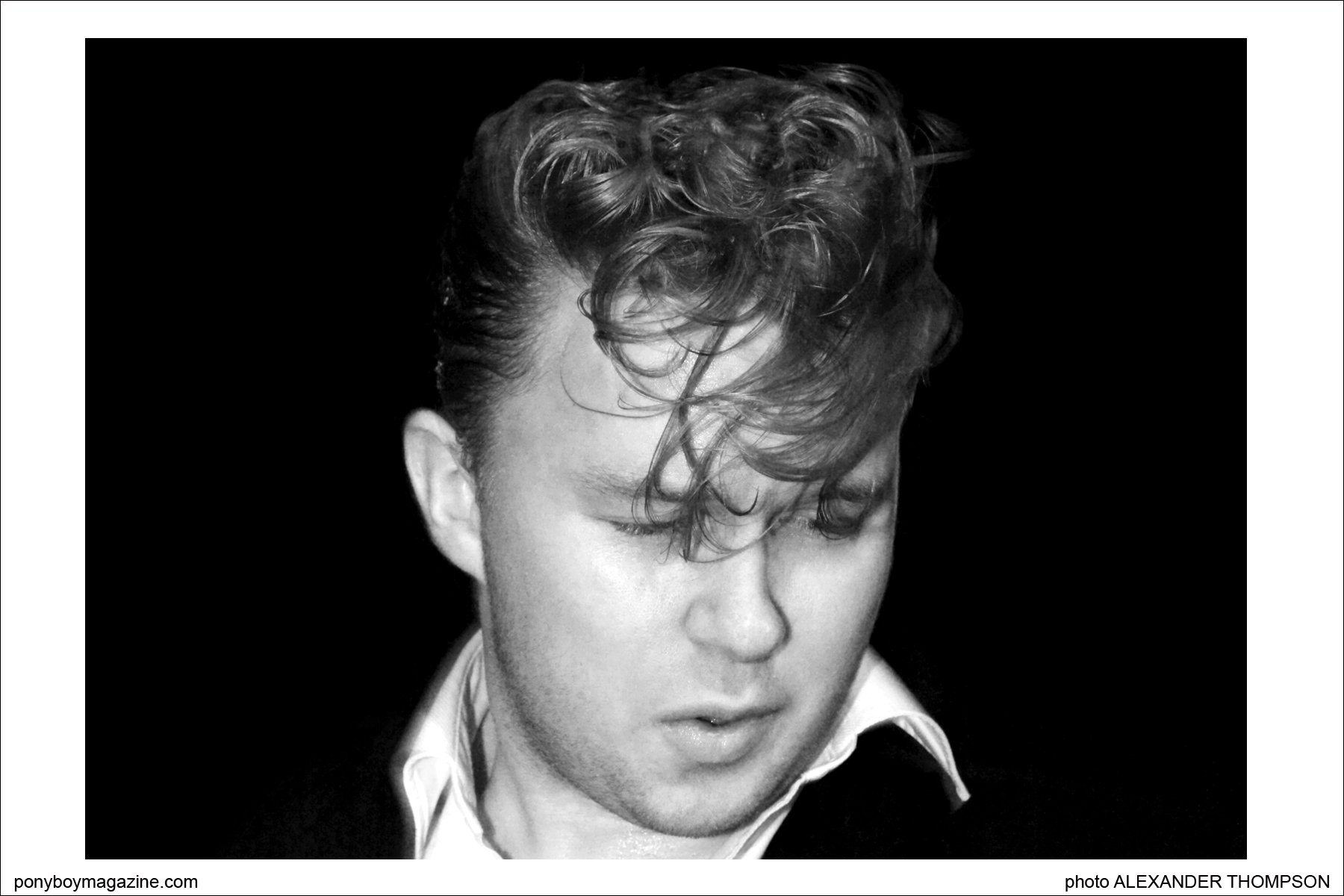 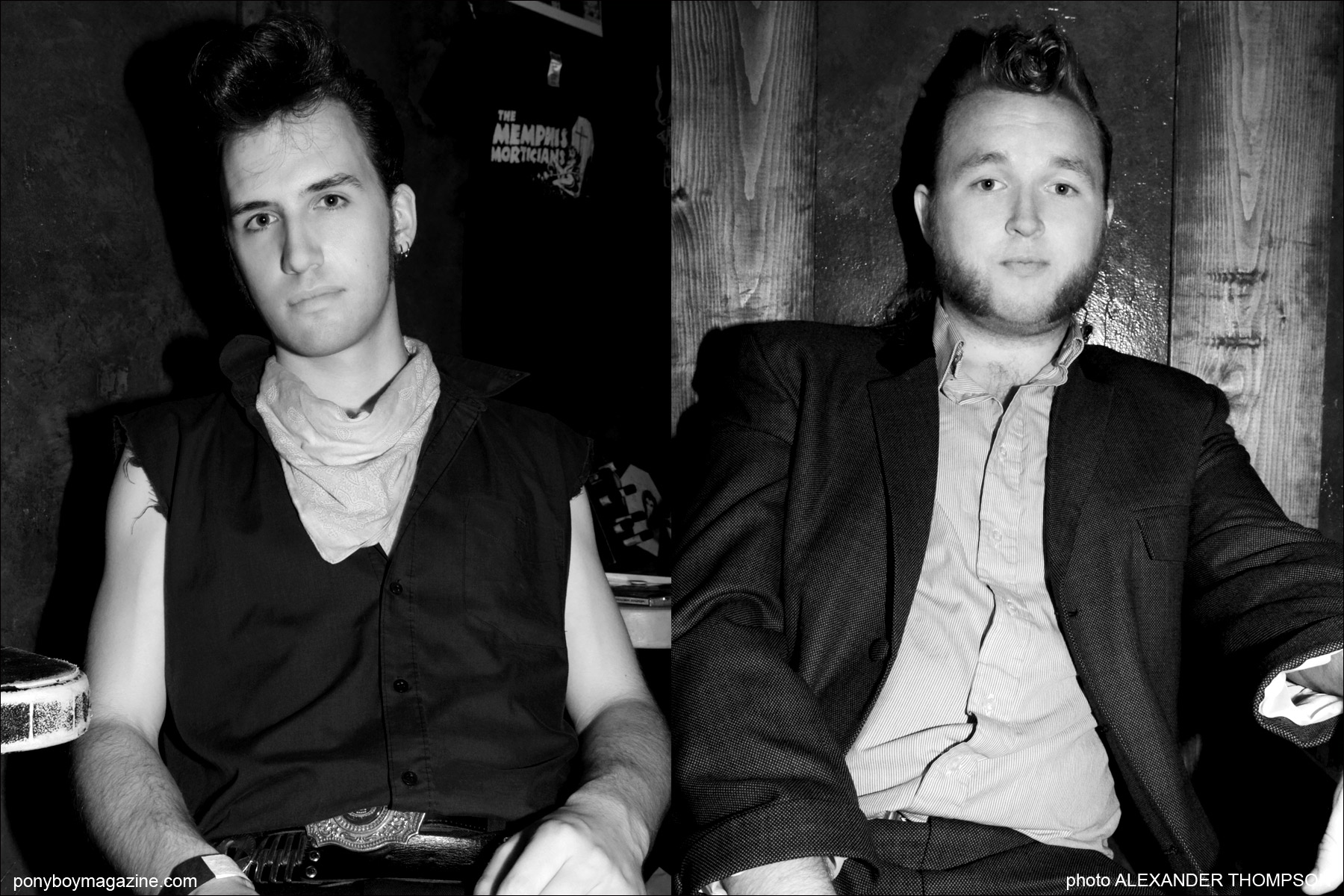 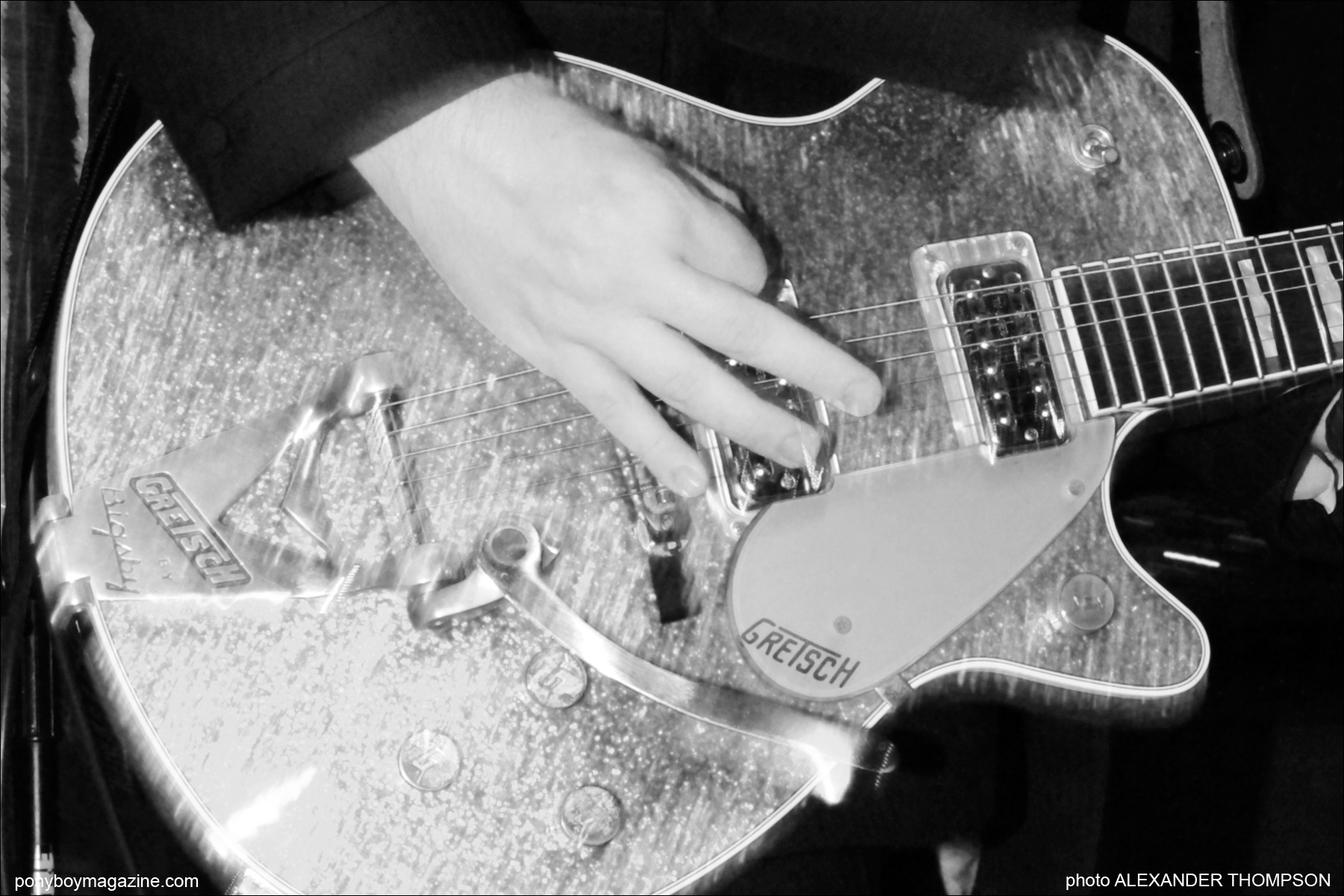 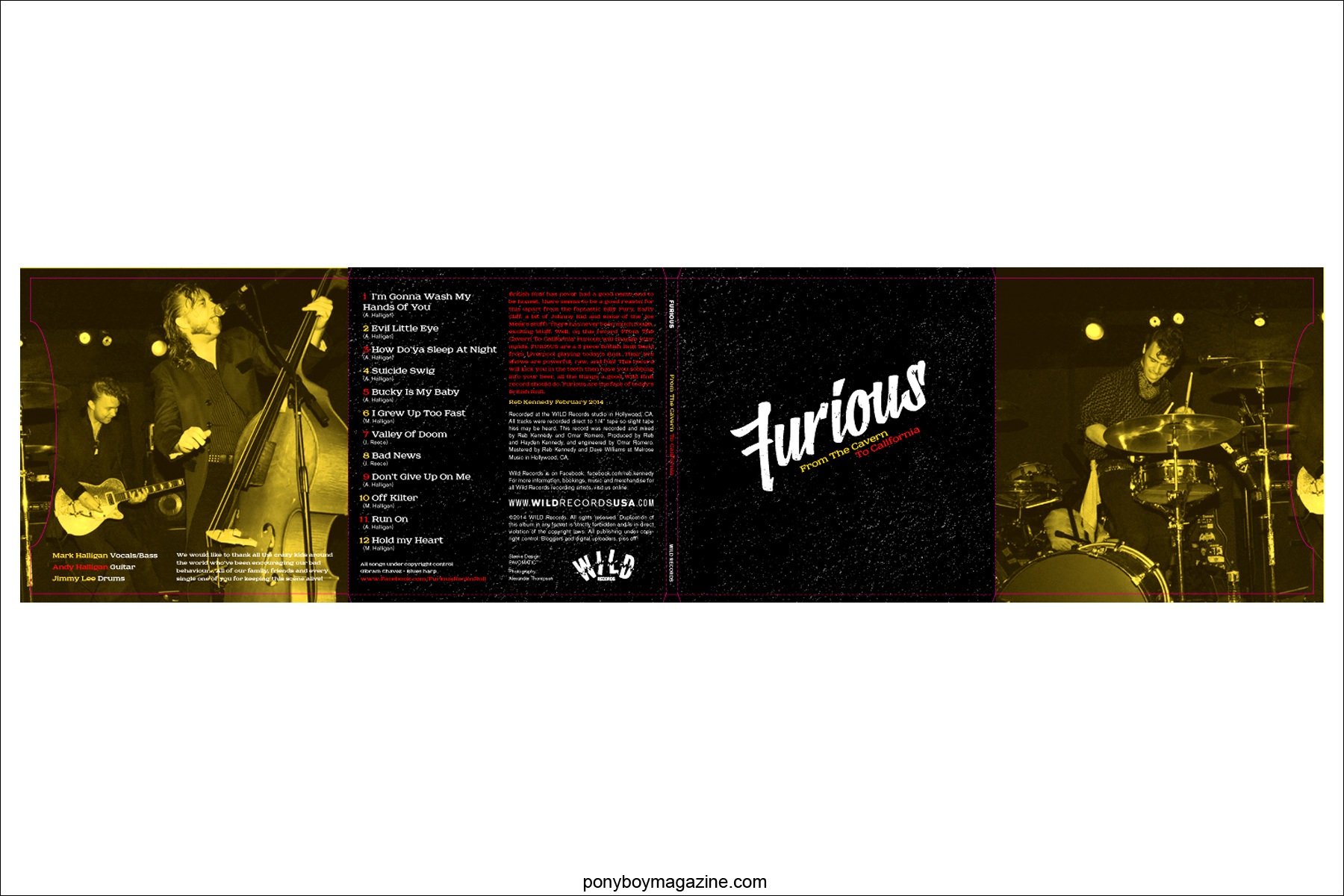 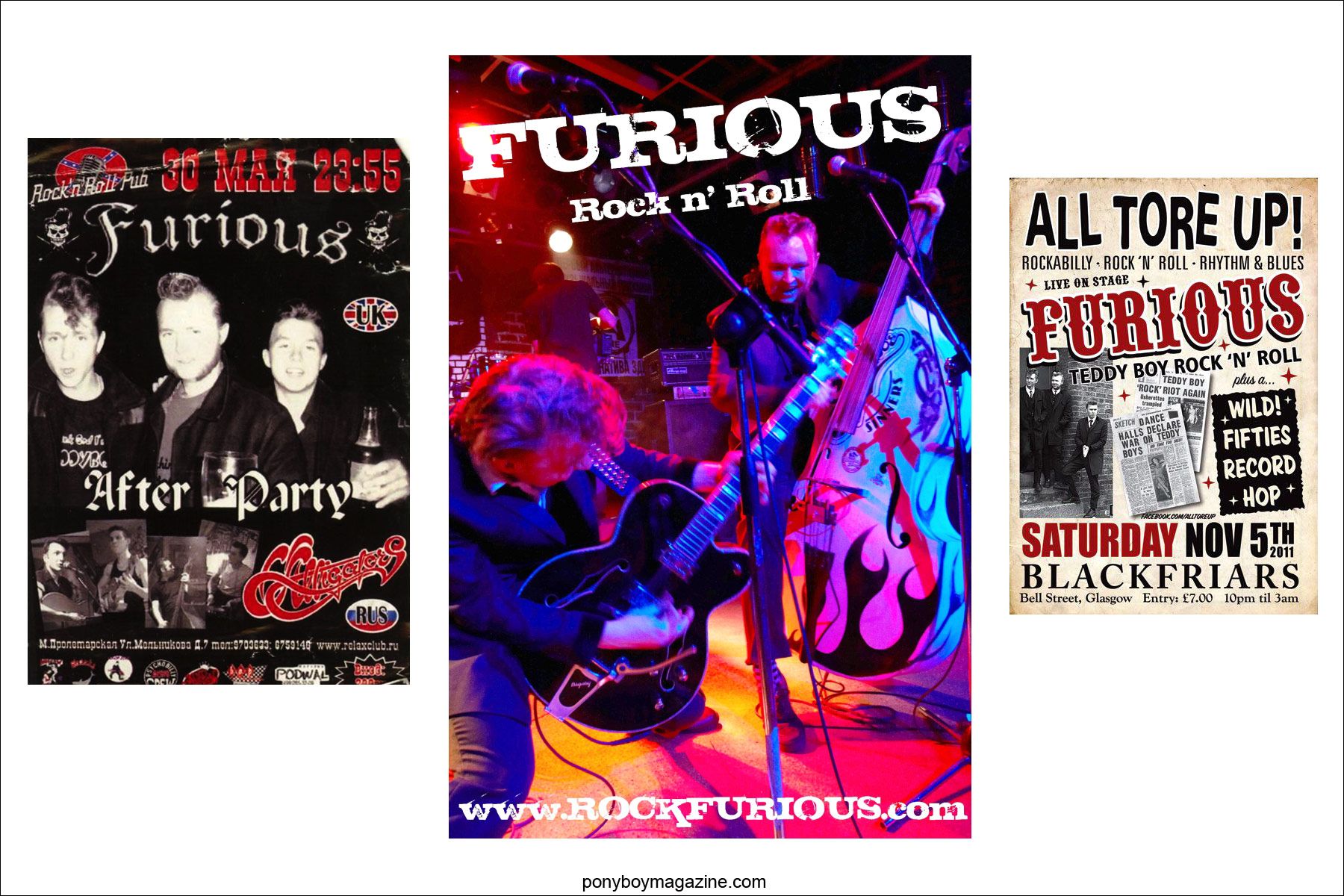 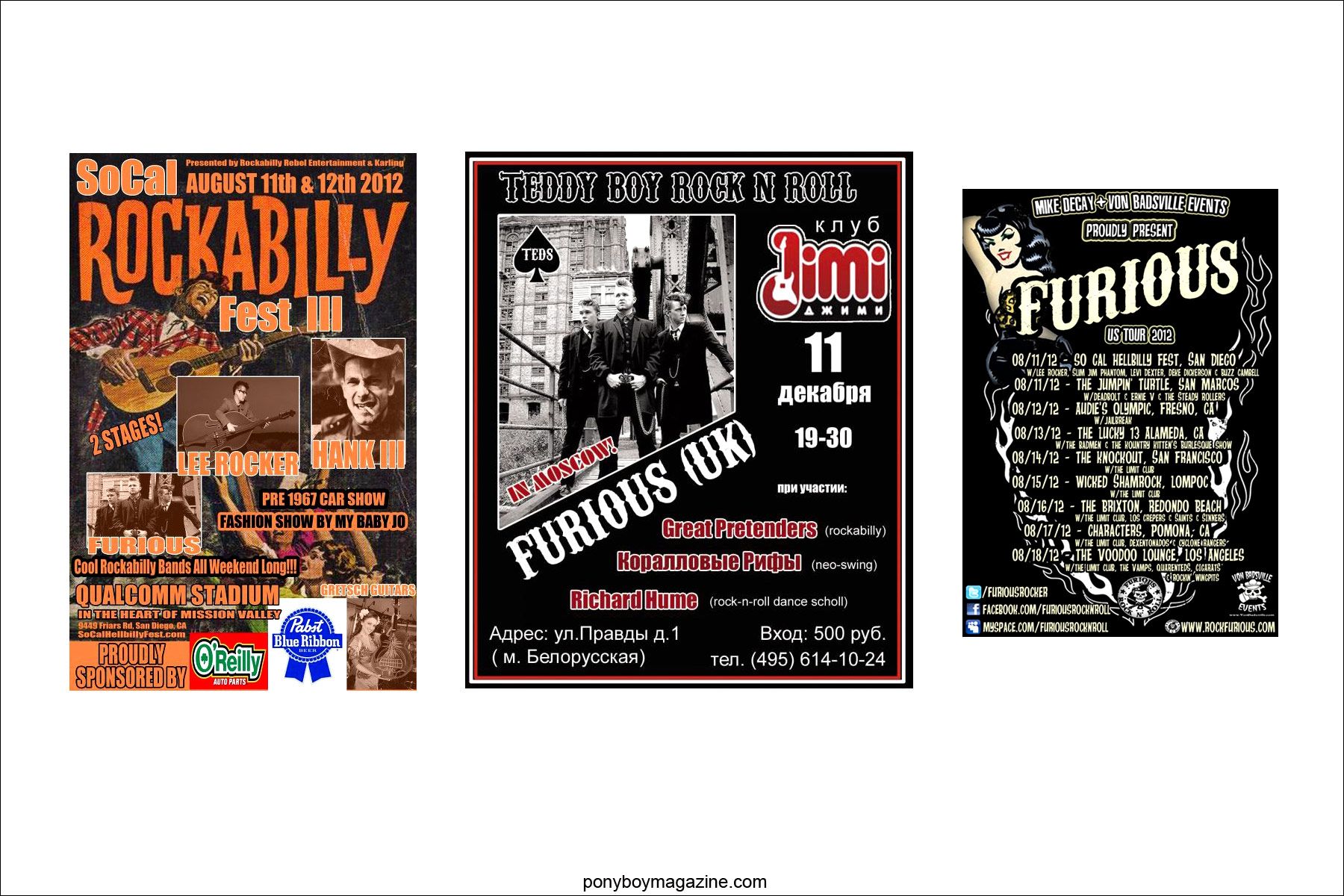 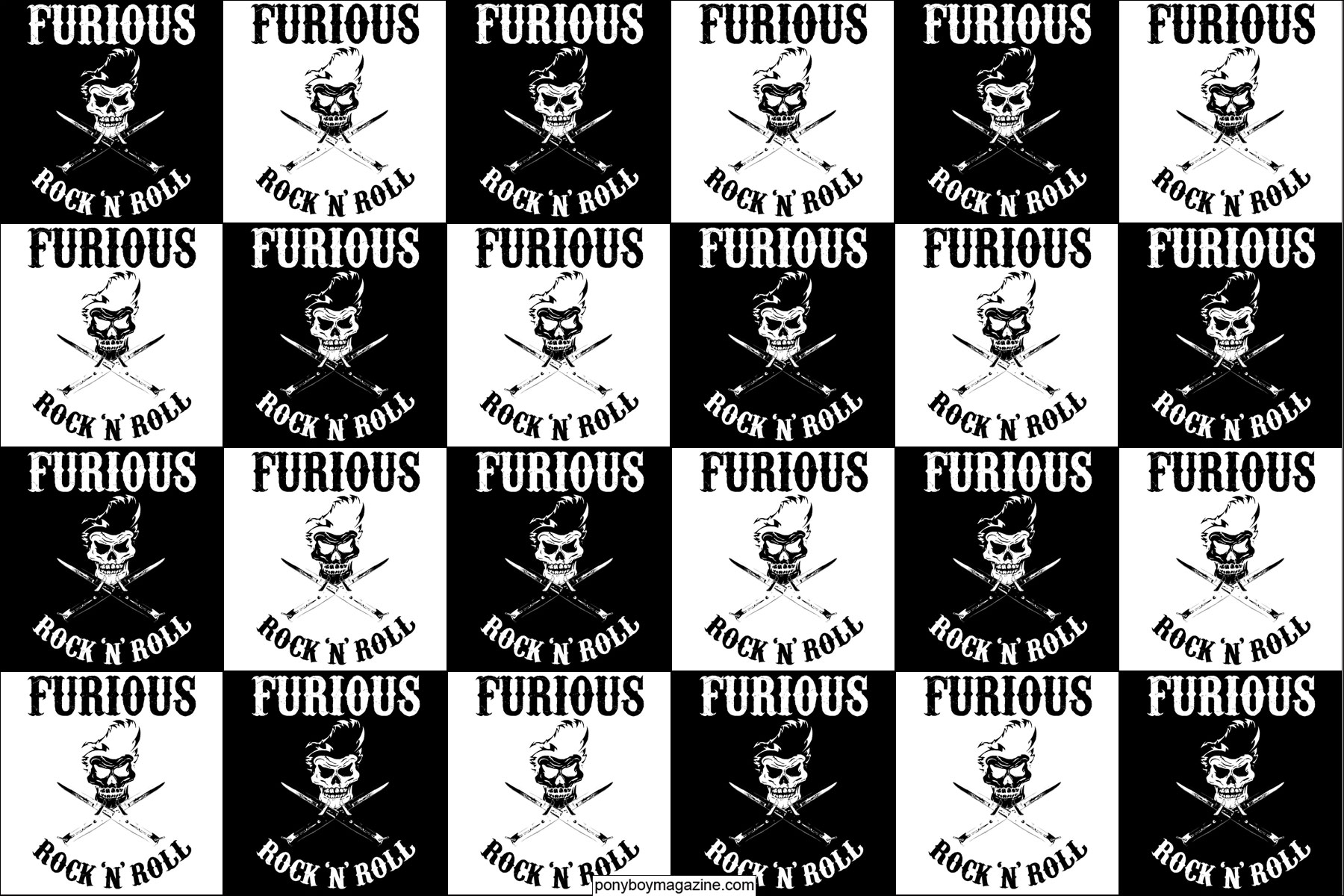 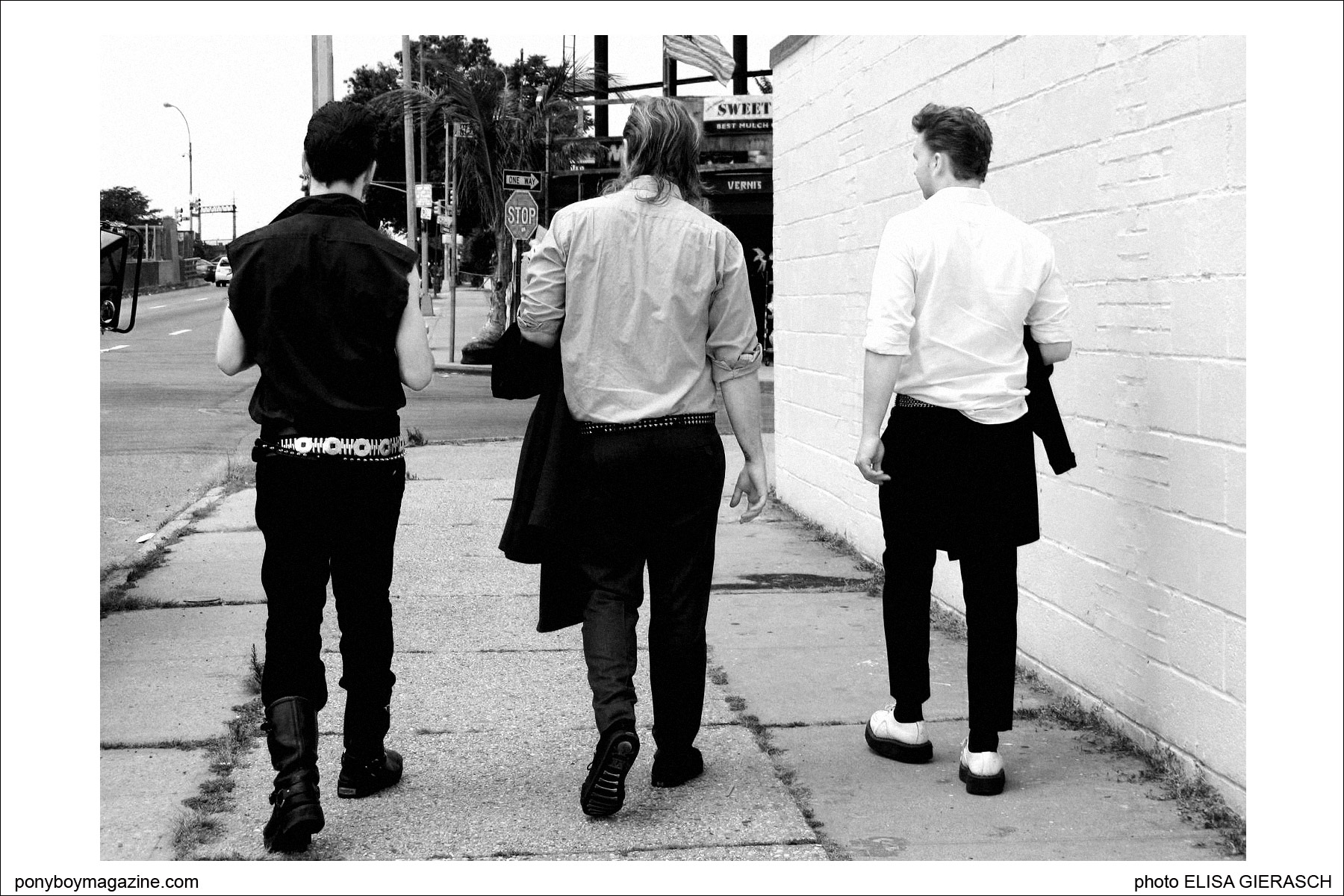 This trio hail from the streets of Liverpool and are being tipped as the UK’s break-out band. With a relentless touring schedule, Furious have been cemented as one of the hardest working and wildest live acts around. Their appeal crosses so many borders and with their self penned songs about teenage life today, they are turning the world’s kids onto a wild rock ‘n’ roll beat.

Even from their early days playing in youth clubs around Liverpool, they caused a big stir. They have starred on MTV as ambassadors for the Liverpool music scene. Their debut album reached number 10 in the UK vinyl charts (above Elton John & Thin Lizzy). They have been featured on the computer game ‘Rock Band’ with one of their songs ‘All Night Long’. And more recently, they’ve just joined Wild Records label with a new album From the Cavern to California destined to cause a stir.

They have played countless gigs abroad, all over Europe. And following two successful tours of Russia and America, it looks like Furious are about to take Viva Las Vegas by storm. The critics are already comparing it to the arrival of The Beatles. So, prepare yourself. This isn’t for the faint of heart. This is the real roots of rock ‘n’ roll!

Editor’s note: Ponyboy was pleased to have Mike Lewi, co-creator from New York City’s infamous “Midnite Monster Hop” as our guest interviewer, as well as photo contributions by the very talented Elisa Gierasch.

MIKE LEWI:  You’re on the eve of performing at the 2014 Viva Las Vegas festival to thousands of people, a primarily American audience. How do you anticipate a teddy boy band being accepted by that audience?

FURIOUS:  If it’s anything like our shows around New York or California, it’s going to be crazy! We haven’t been let down by American audiences yet, so we’re expecting “crazy” on a big scale!

MIKE LEWI:   What do you bring that may be considered new to American audiences?

FURIOUS:  Ugly, out of control rock ‘n’ roll! We’re the anti-pretentious, anti-poser rock ‘n’ roll that seems to be everywhere these days.

MIKE LEWI:  Can you explain for Ponyboy readers the history of Edwardian culture?

FURIOUS:  Teddy boys were working-class teenagers who bought expensive threads on layaway to better themselves when they had nothing, and to show the upper classes they wouldn’t bow down and be quiet – to then go and drink and brawl in them. Basically, they were the scallies of the 50’s and it’s been going right through the years since then as an underground sub-culture.

MIKE LEWI:  You’ve met and been inspired by many men and women that grew up in the bombed out rubble of post WWII England, at the birth of the original teddy boy movement. How did those originators of the first teenage rebellion wave define themselves at a time that actually even preceded rock’n’roll?

FURIOUS:  It was the clothes and the attitude, to look smart and answer to no one. They had no blueprint or predecessors to base themselves on. These were the first “teenagers” to leave bomb-raids and rationing behind and they were going to make the most of it.

MIKE LEWI:  You started your band at a very young age. Please tell us how that came about.

FURIOUS:  We were just kids in school dying to hear some rock ‘n’ roll, but there was none about so we started a band. There was never a plan, we were just lads having a bit of fun. And that’s what it still is. We’d play the dives and dirty clubs around Liverpool, anywhere that would pay an underage band in beer. And then the word spread.

MIKE LEWI:  I have heard that your parents grew up within the ted culture, so is it safe to assume you’ve lost touch with the world outside of rock’n’roll?

FURIOUS:  That’s not really the case. Rock ‘n’ roll was the soundtrack to our childhood, but we were just scallies growing up. We looked like skin heads as well, because there wasn’t much money back then and our grandad would “style” our hair with his old army clippers. It was a skinhead every time!

MIKE LEWI:  Are your parents proud of you?

FURIOUS:  We hope so, but they party every time we leave the country. Don’t know what they’re trying to tell us!

MIKE LEWI:  Considering the amount of original teds still regularly supporting rock’n’roll events, and many of the original rock’n’roll revival bands consistently still playing live, what has been the reaction towards Furious by UK and European audiences?

FURIOUS:  It’s been great! Better than we could have ever expected. Right from day one, the original teds took us under their wing. And  wherever we go, there will be a good crowd of them going crazy til’ the early hours.

MIKE LEWI:  I know over the years you’ve had some various line-up changes. Tell us about Jimmy.

FURIOUS:  We met Jimmy at a gig in an old ted pub in London where he was playing with another band. We were going through drummers like bog roll at the time.  So after a few pints, he foolishly agreed to play some shows with us in Sweden and that was him trapped! He slotted in like an old mate we’d known for years.

MIKE LEWI:  Is it strange to bring what, in some respects, is American music back to America?

FURIOUS:  There’s so much talent stateside, we were surprised there was room for us. The music we go mad for happens to be rock’n’roll and that just happens to be American. So as strange as it is, we enjoy the challenge and look forward to dodging the old tomatoes and beer cans!

MIKE LEWI:  You’ve just recorded your second album. How was that process different from recording with Nervous Records?

FURIOUS:  Well, this was a strange thing for us! Normally, we record locally or wherever Roy Williams can book us into a studio in between our live shows.  So, every time it’s been a different process. But we gained some attention from the gigs we played up and down California last summer, which lead to an exciting invitation by Reb Kennedy from Wild Records to join his label! The entire experience was mental! One day we were in Liverpool, and then all of a sudden, we were in his studio recording new tracks at a lightning pace (16 songs in 10 hours). Hours later, we were flying out of Hollywood back home! We haven’t heard the mixes yet, but Reb is really excited and we hope you’re all going to love it.

MIKE LEWI: You’ve recorded a cover on your first LP, Punk Bashin Boogie, originally recorded by Don E. Sibley, who wrote the song at the height of the teds versus punks war in the 1970’s. Have you ever met Don? Are there teds that still hold these views?

FURIOUS:  Yeah, we met Don. He came to a show we played in Southampton years ago. The drummer out of the Dixie Phoenix was a punk as well, so the song was just a bit of fun back then, like it is today. And I can’t say we know of teds who still get wound up by punks. A lot of the anger towards punks came from them wearing signature ted clothing (creepers, drapes), and covering Eddie Cochran songs and claiming them as their own. Today teds, punks, mods and skins have got a lot more in common with each other, than not.

MIKE LEWI:  Are we living through the rock ‘n’ roll revival revival?

FURIOUS:  We’re not sure if anything is being revived, but we’re living through some amazing times. We’re playing shows right across the world with the music and people we love! We can’t get any more lucky than that, can we?

MIKE LEWI:  How do you feel sharing the bill with Crazy Cavan at this upcoming Viva Las Vegas?

FURIOUS:  We’ve been lucky enough over the years to share the stage with these ted legends on loads of occasions. But this feels a little more special. Not only were these rockers a massive weapon in orchestrating the 70’s revival, they have played a big part in what we are and the music we play too! So, seeing our name on the same bill in Las Vegas is a huge honor!

MIKE LEWI:  Do you have any future plans for Furious?

FURIOUS:  We just want to make that perfect rock ‘n’ roll record. We might never do it, but we’ll keep on trying until it kills us!