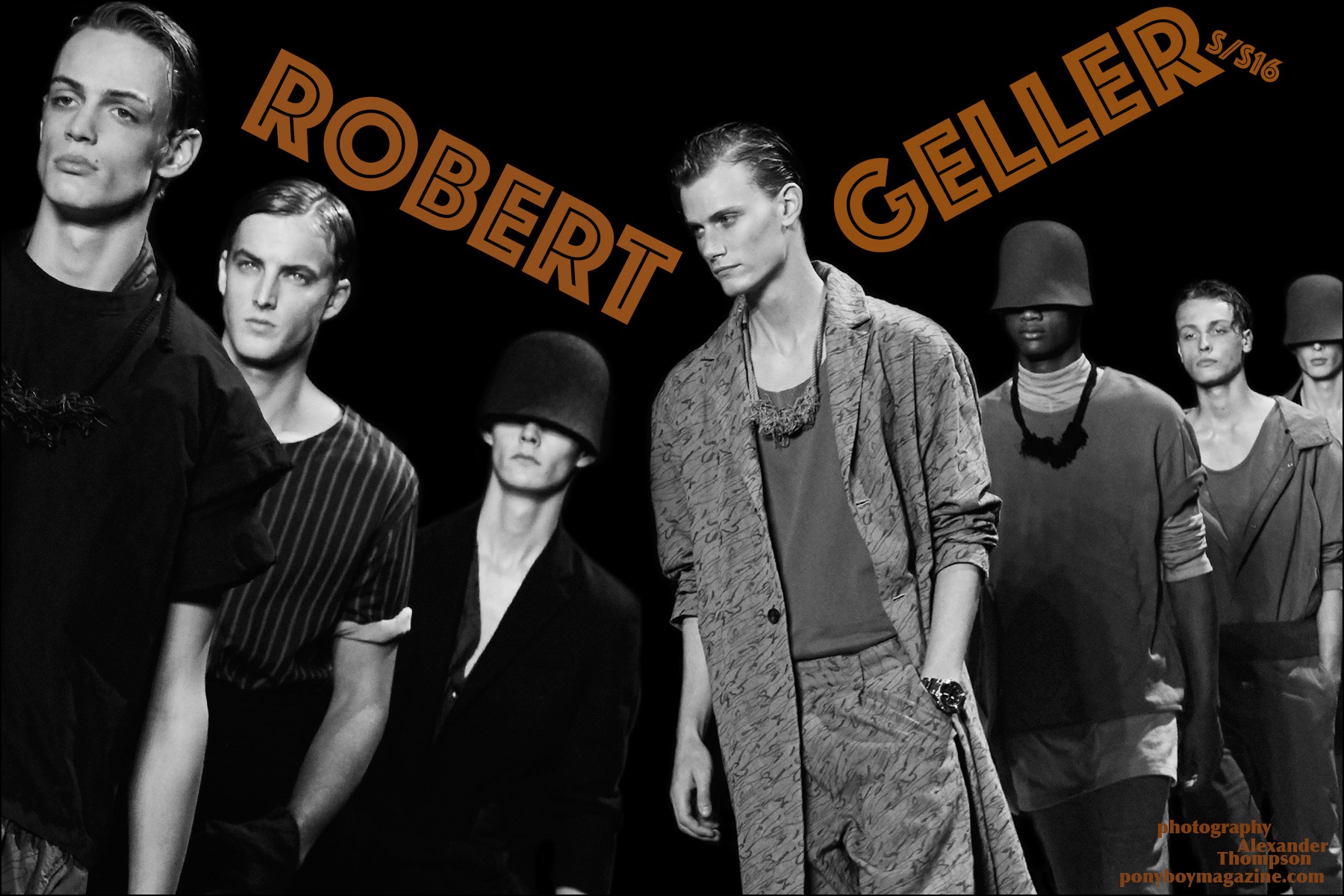 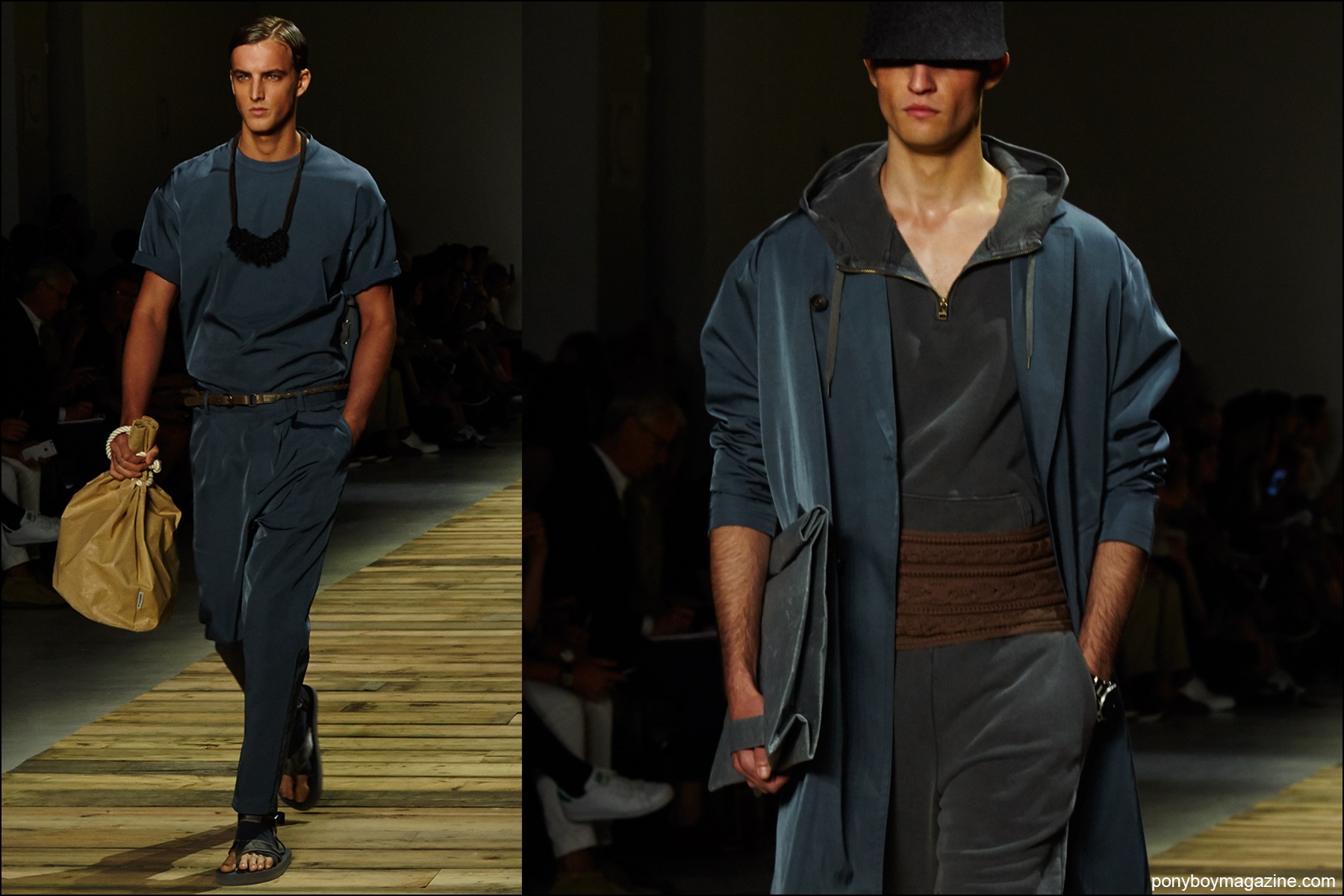 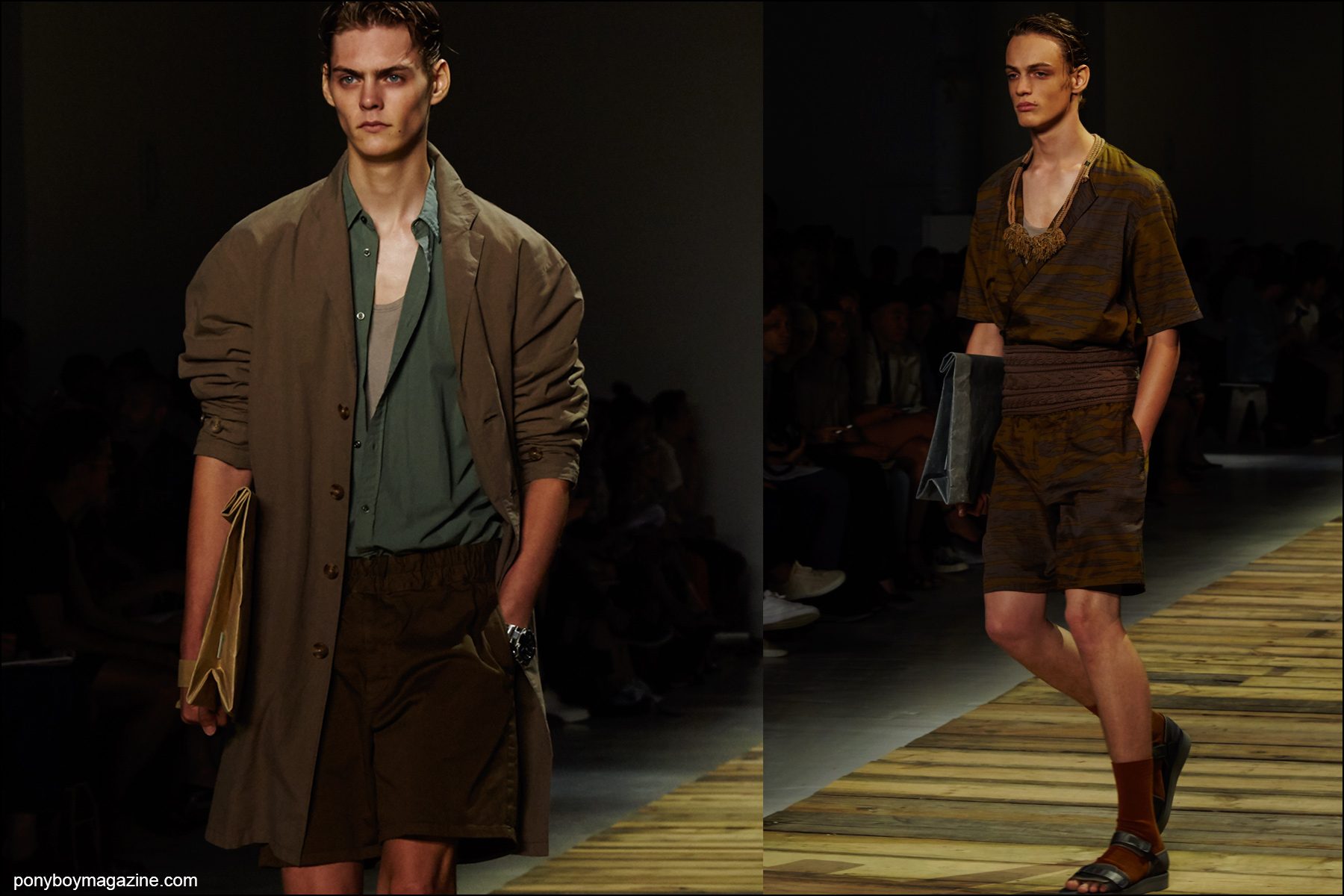 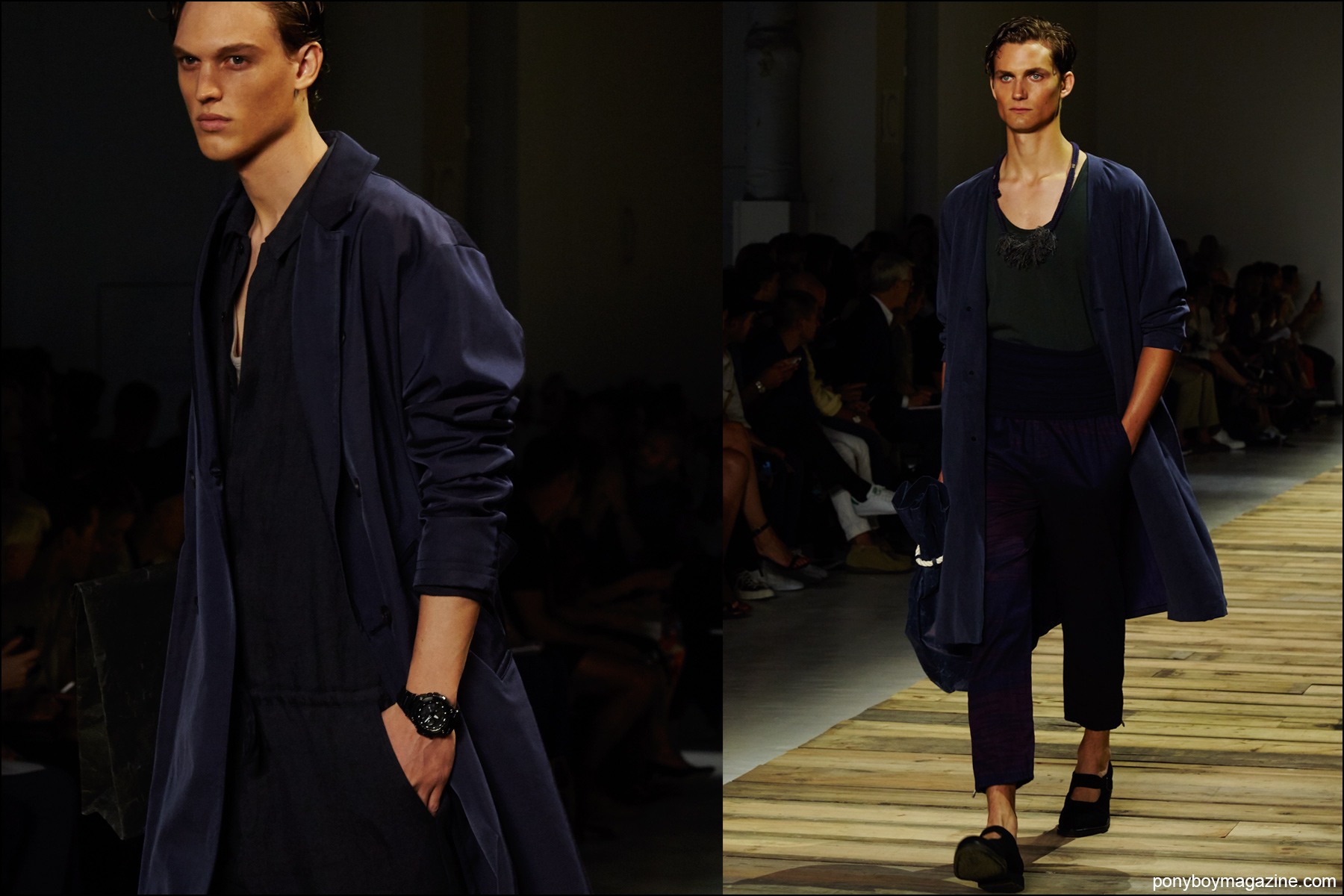 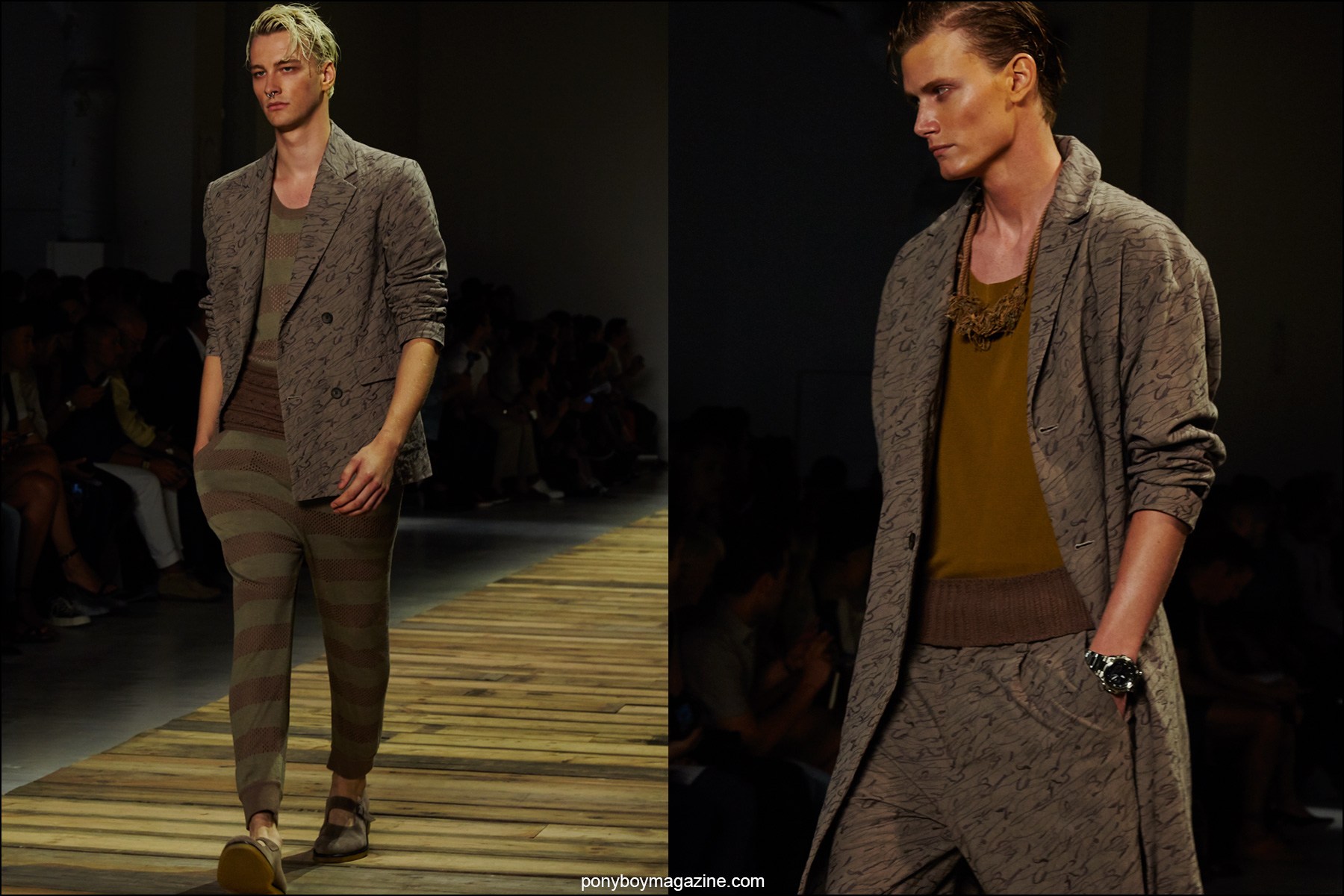 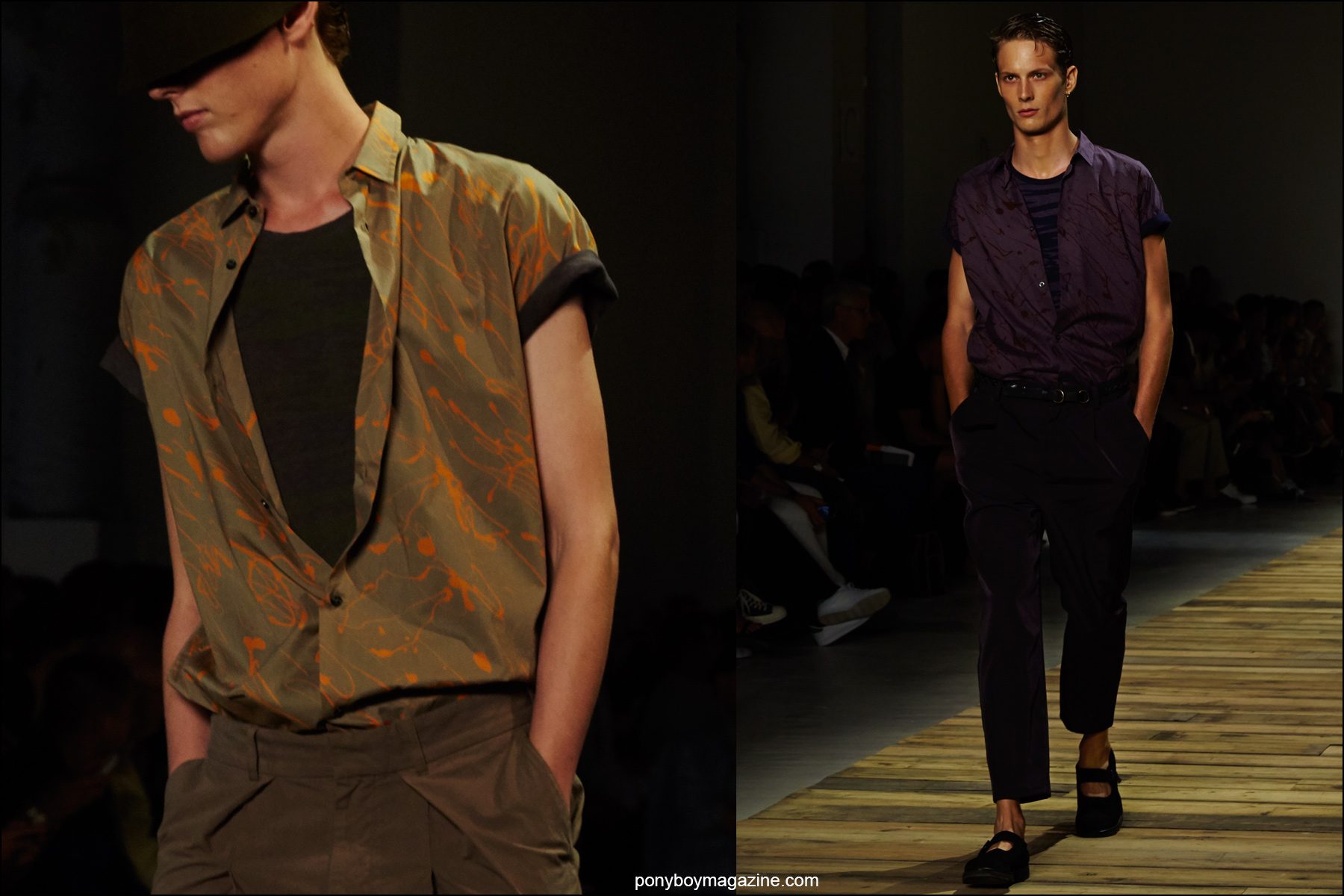 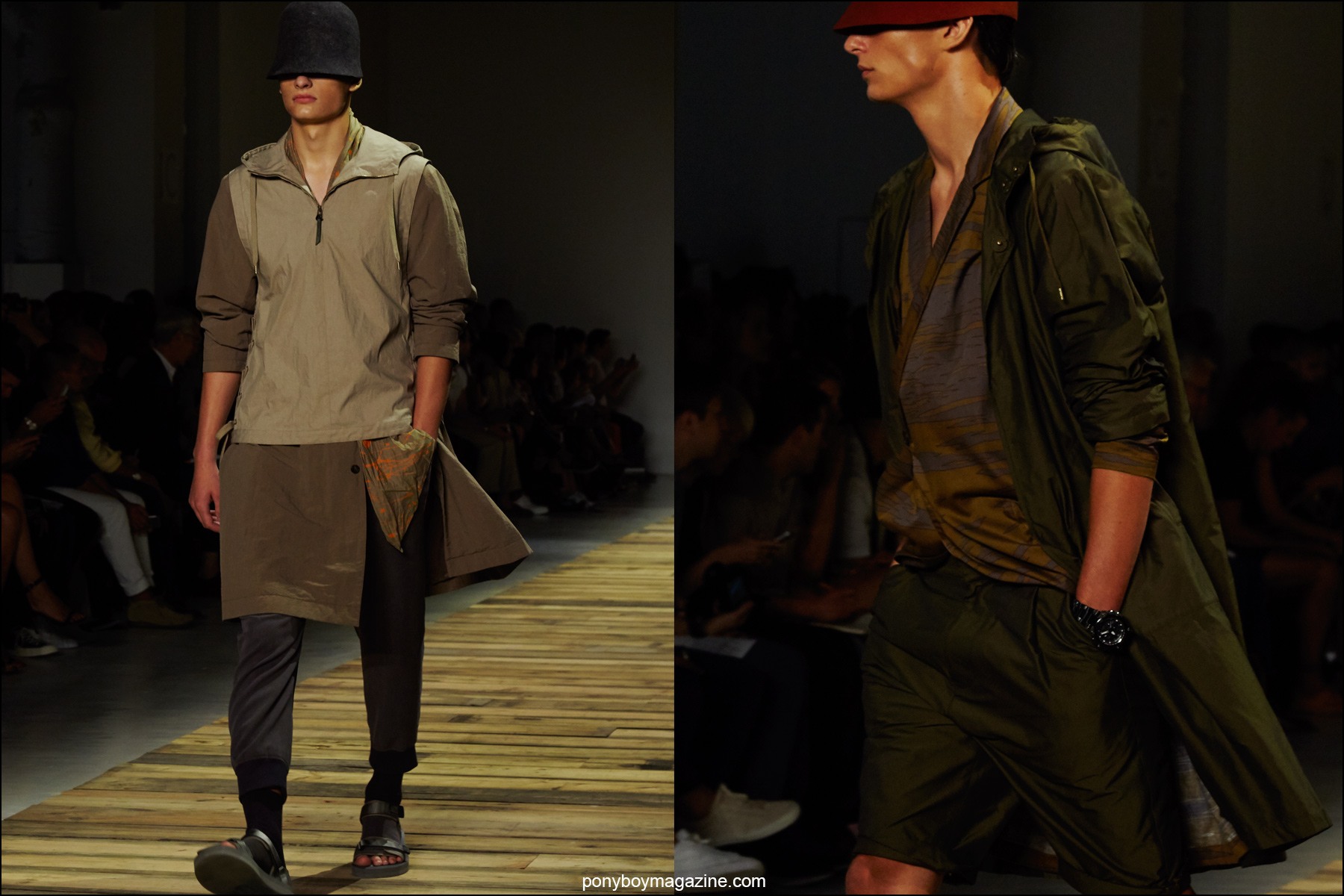 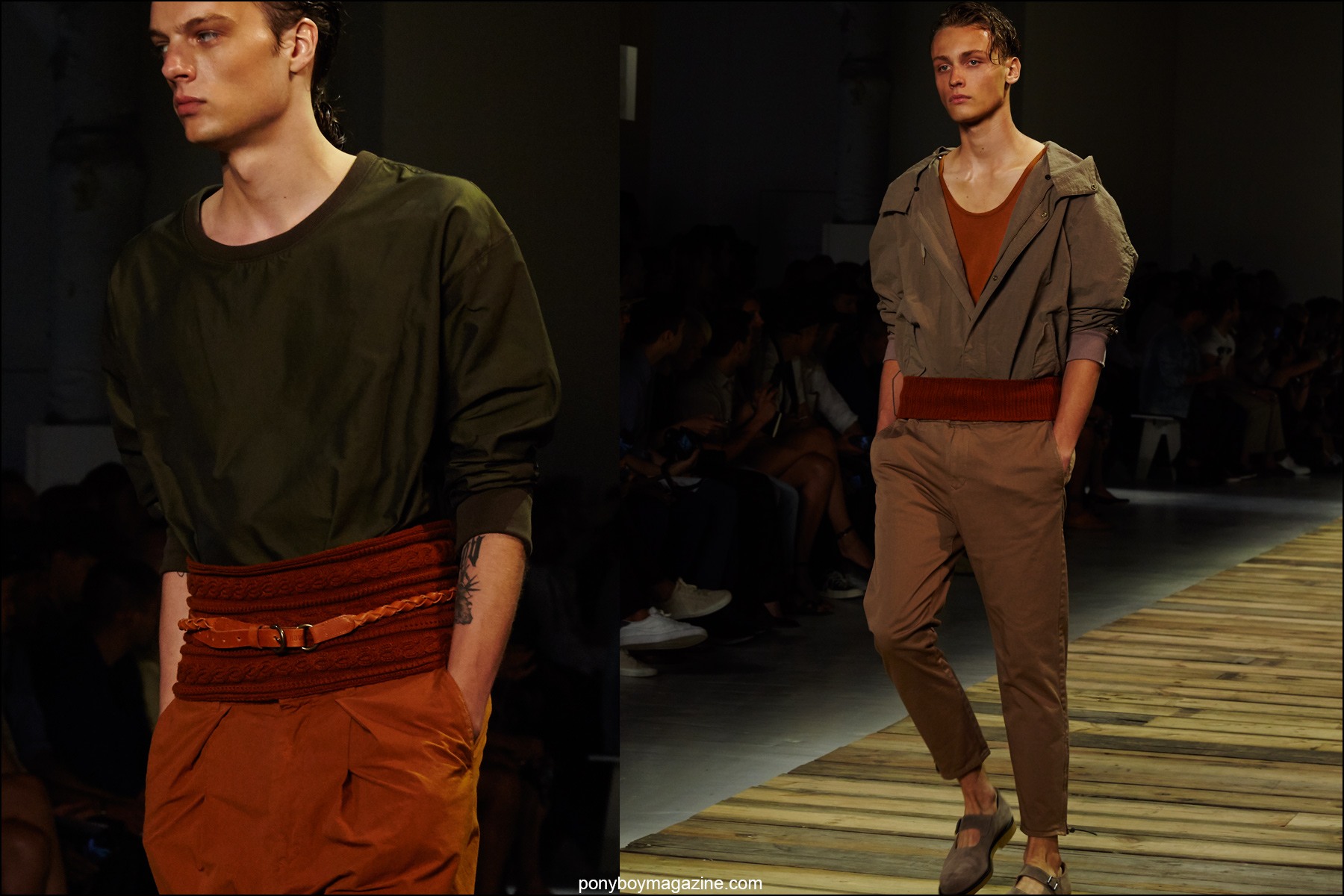 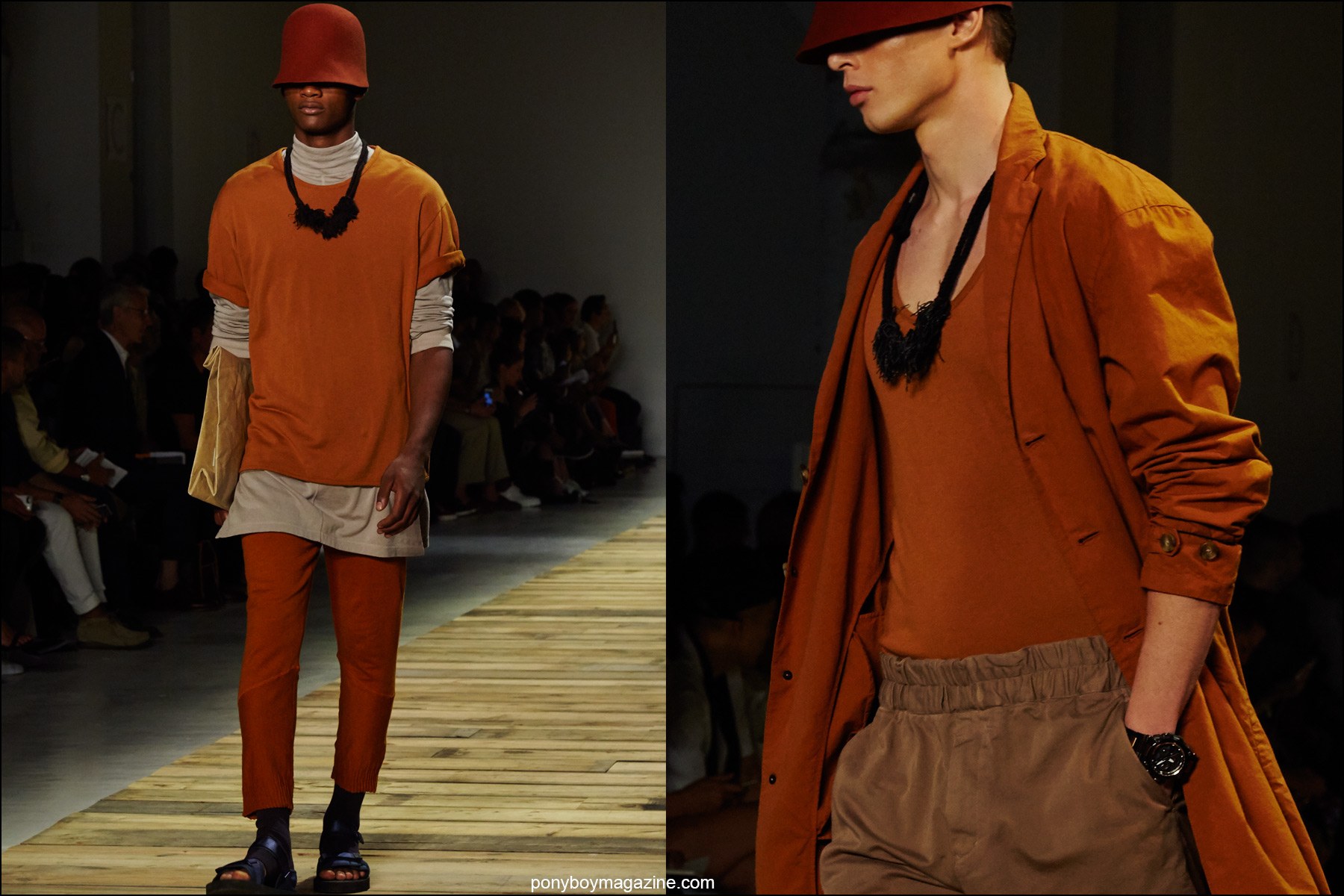 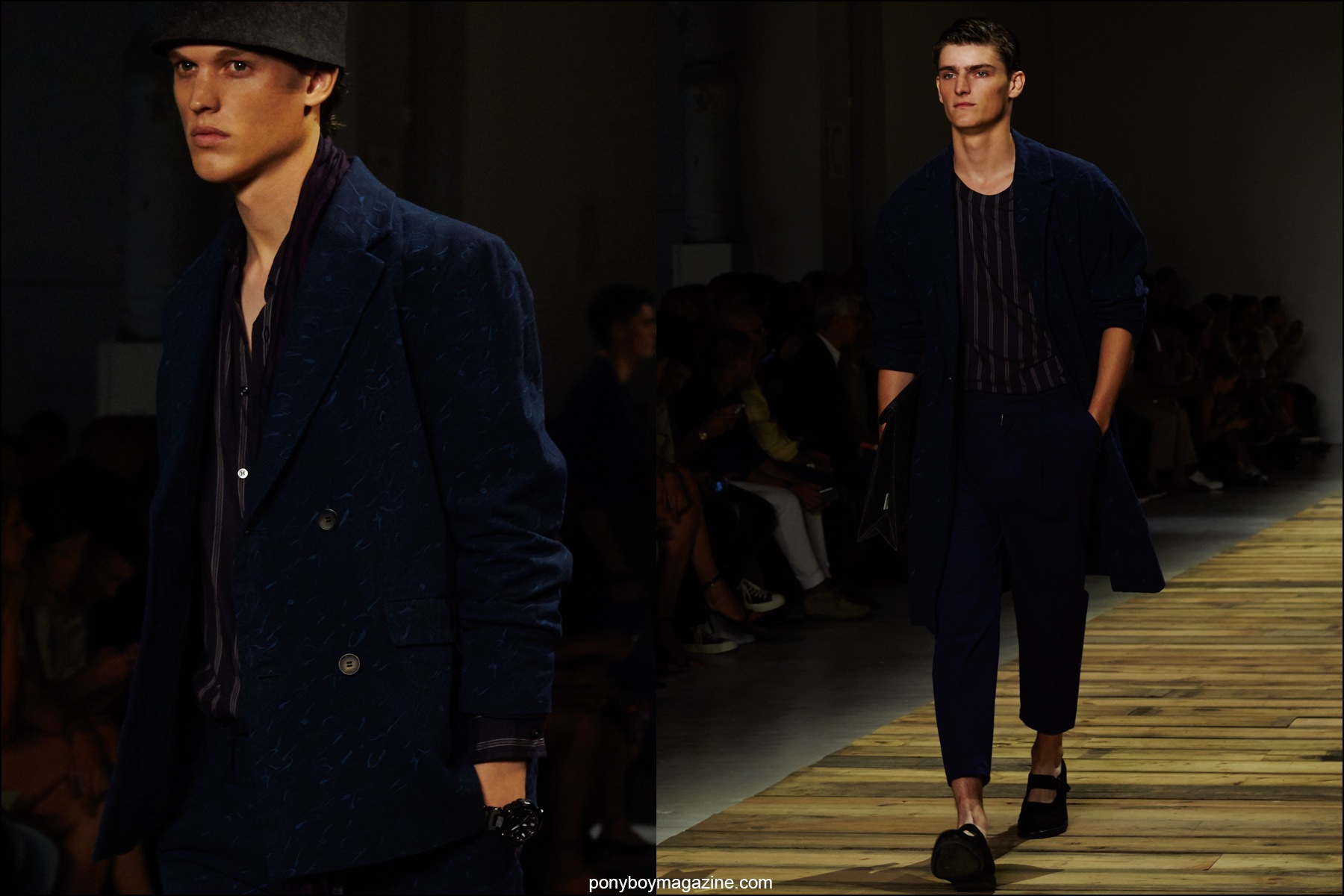 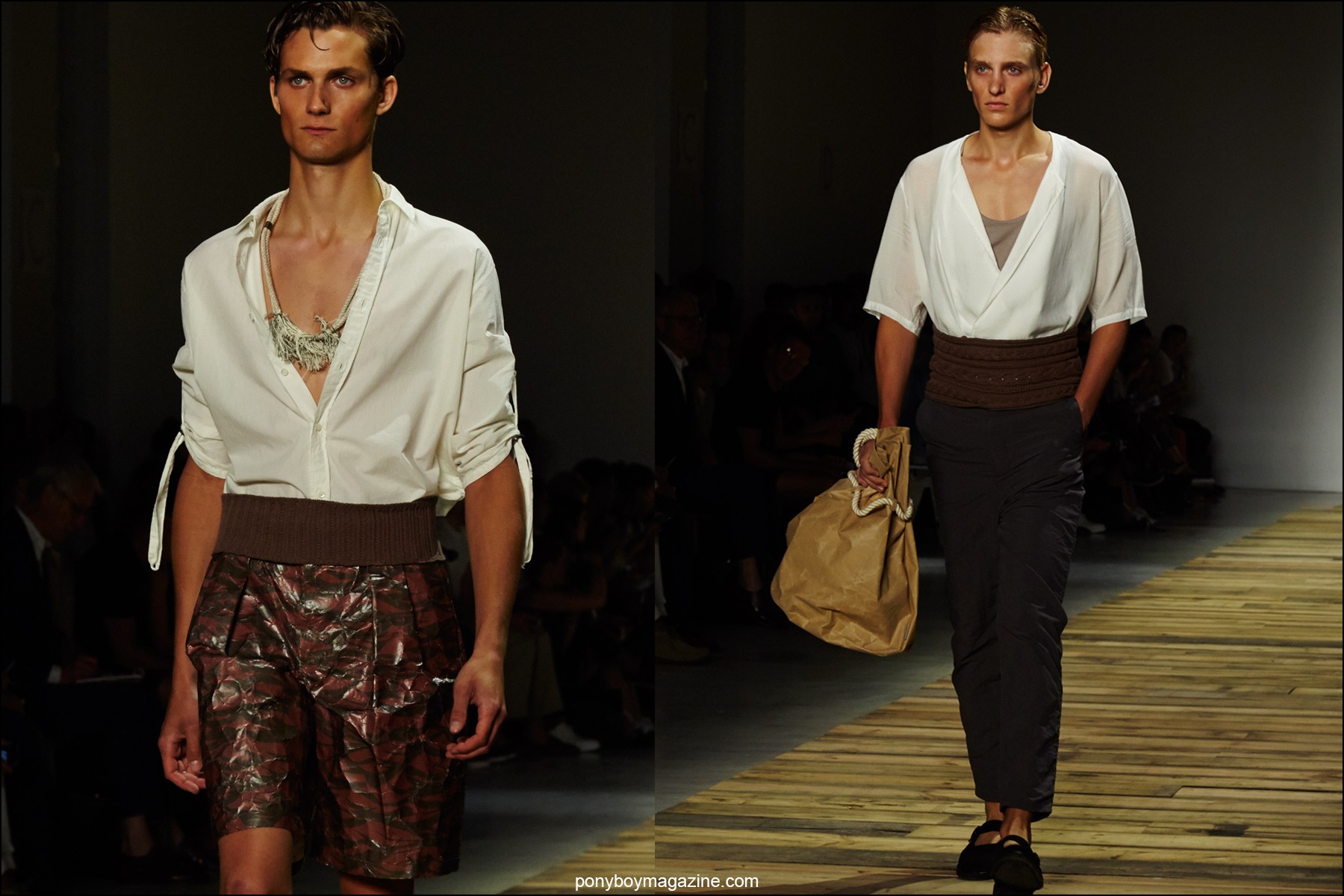 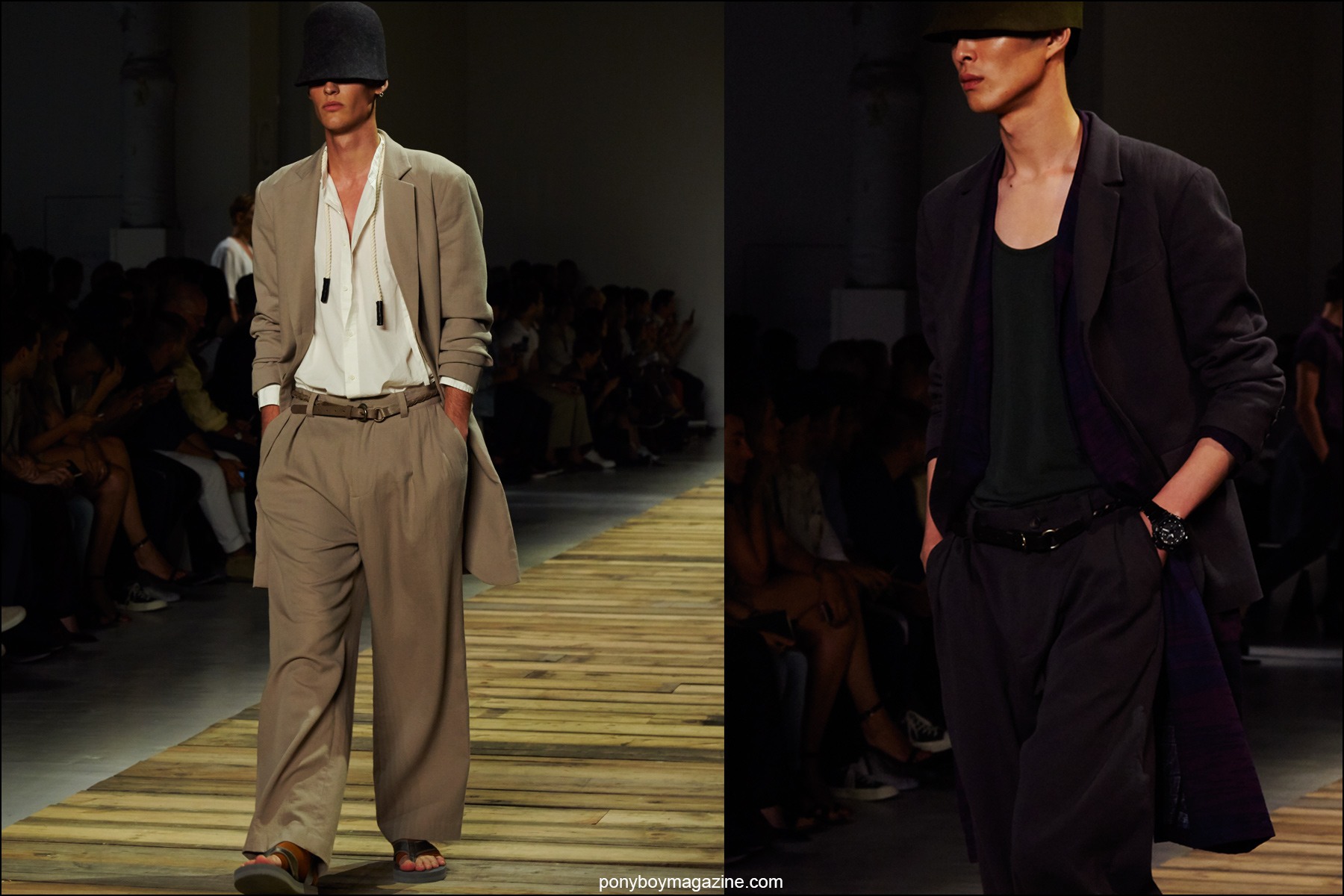 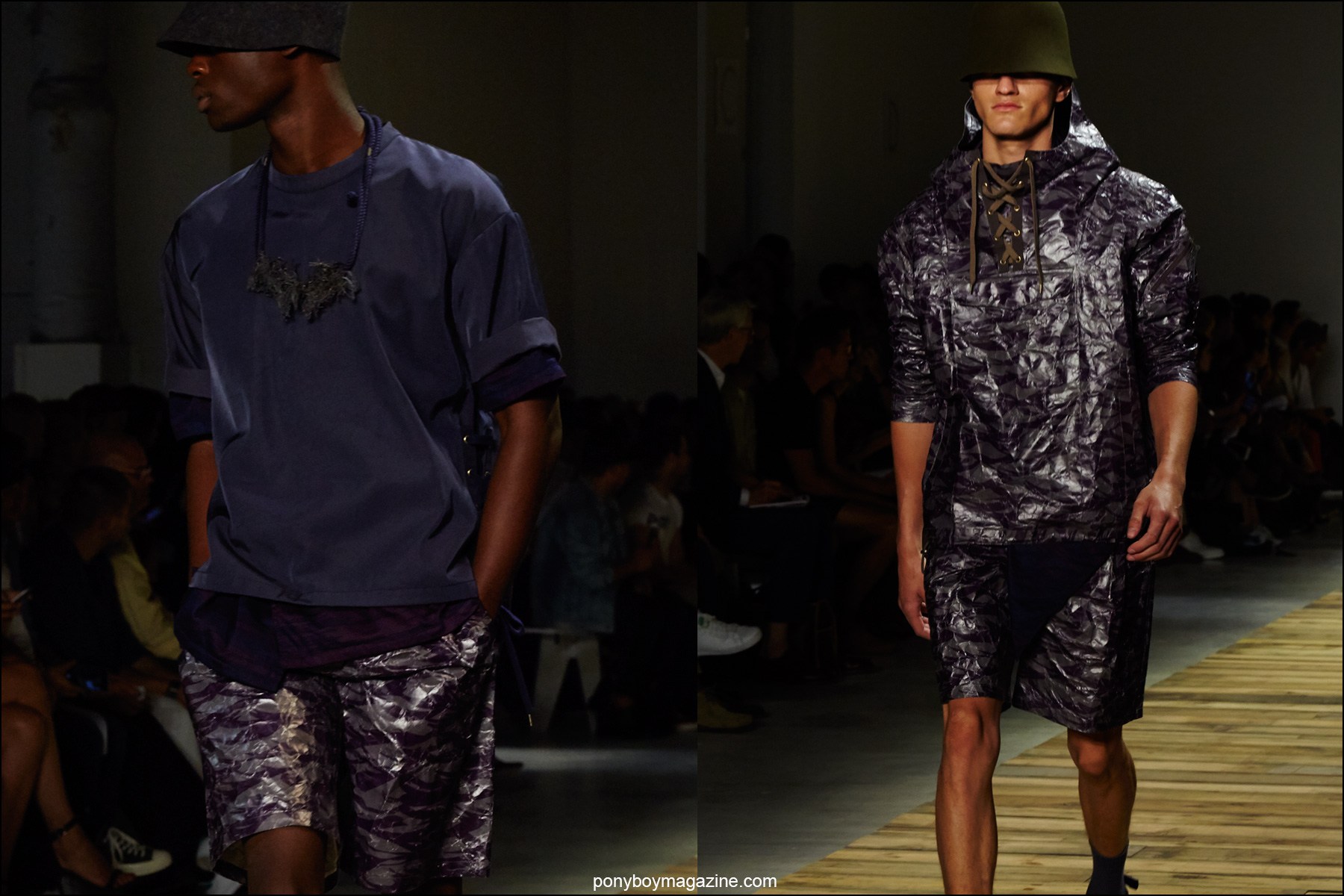 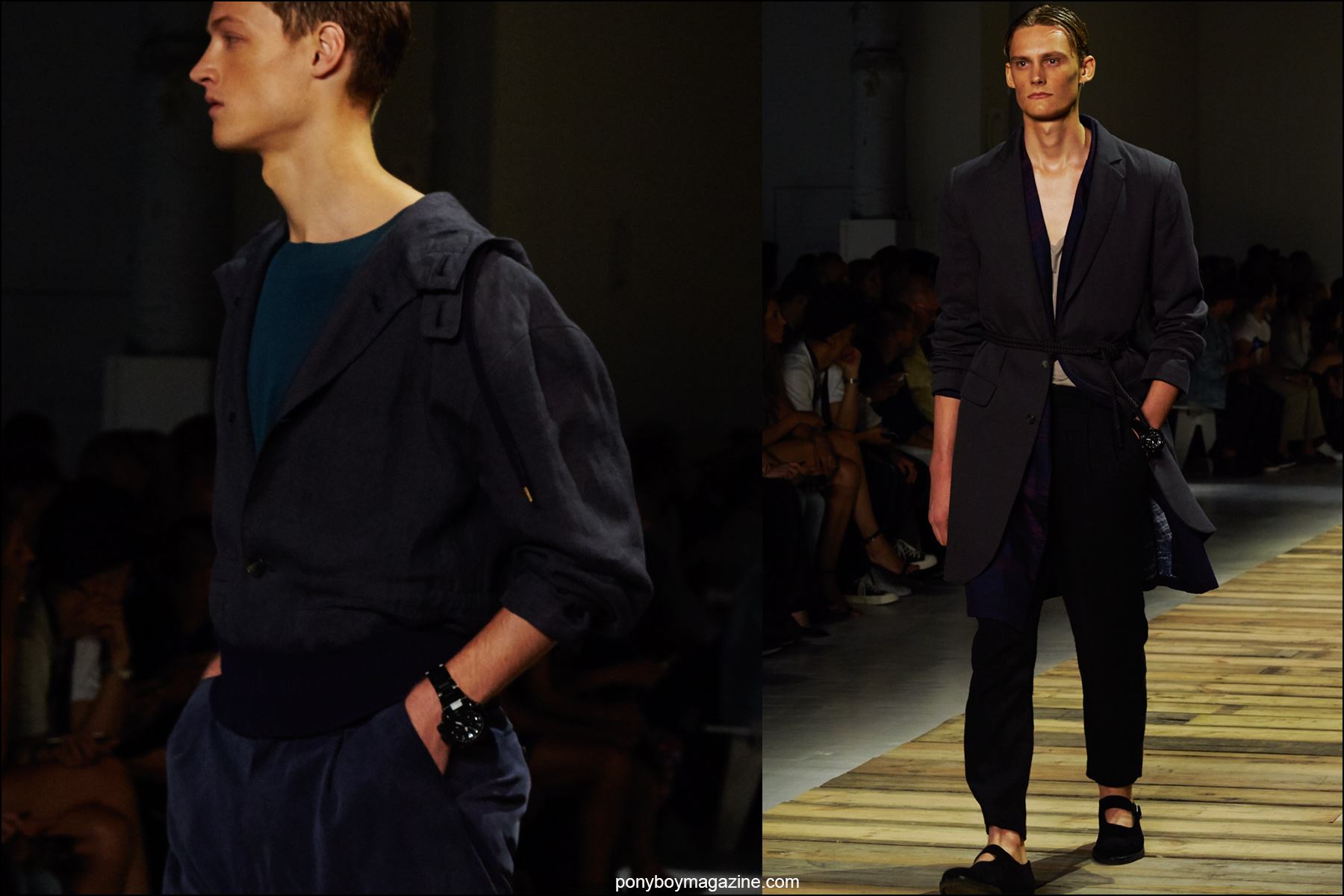 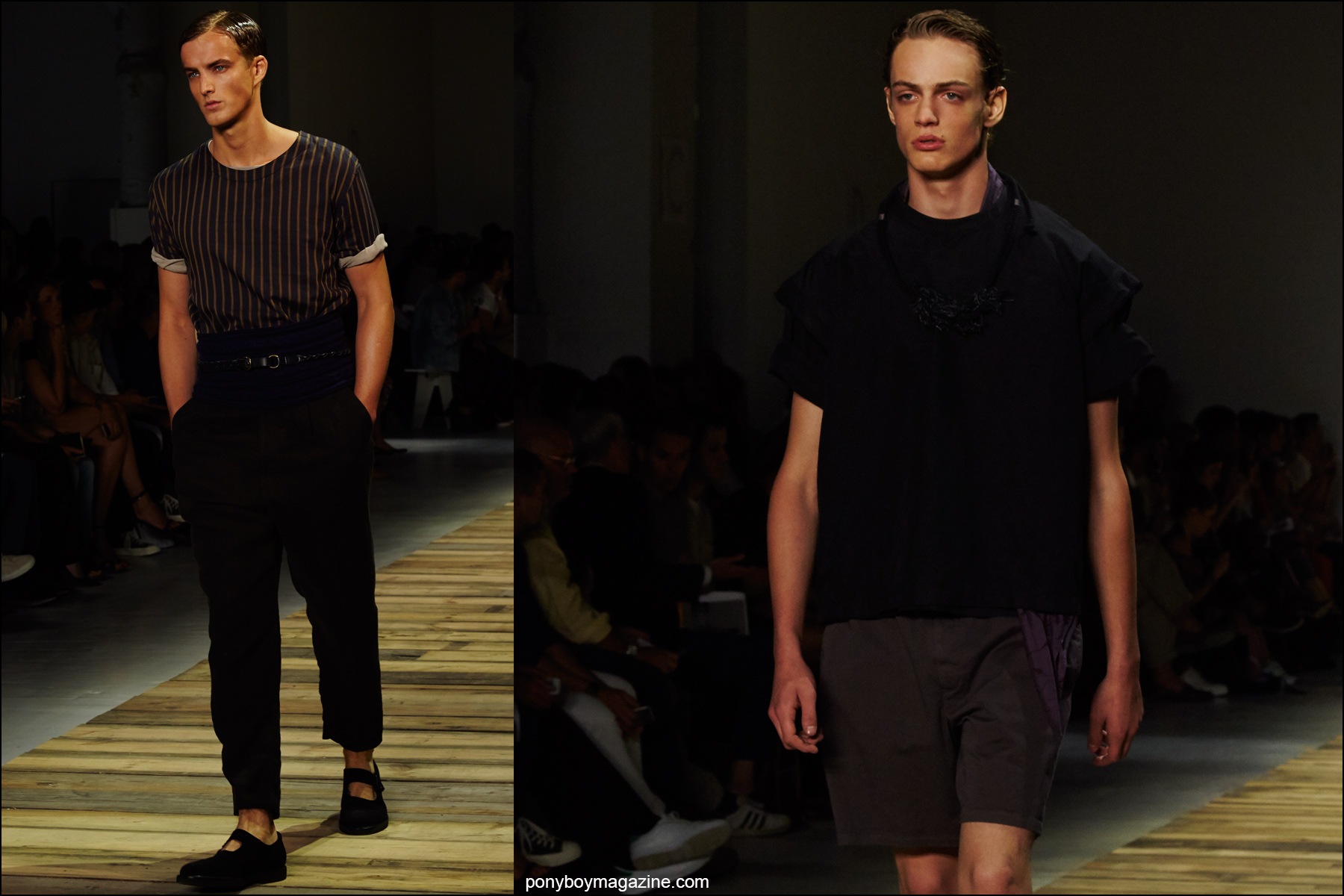 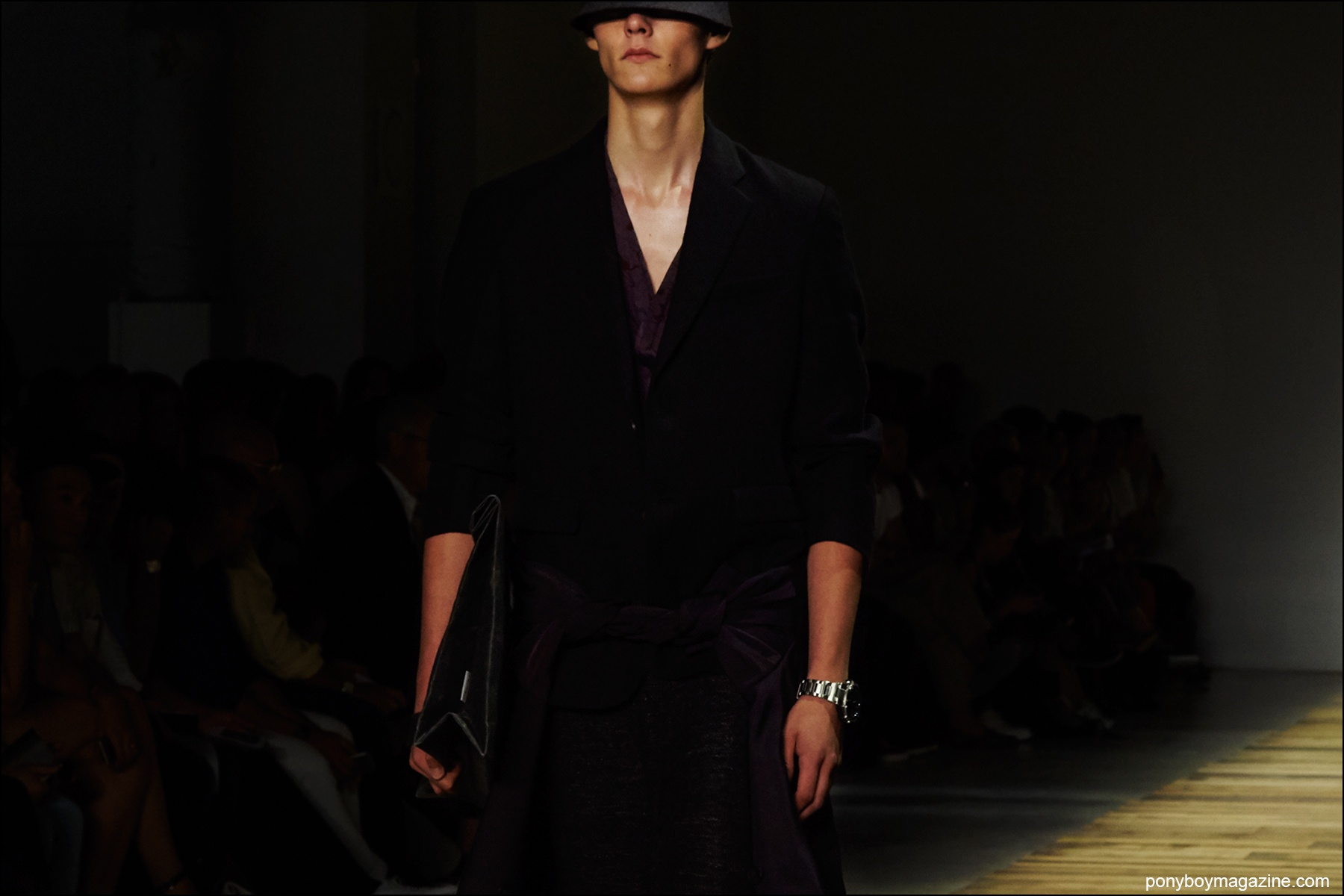 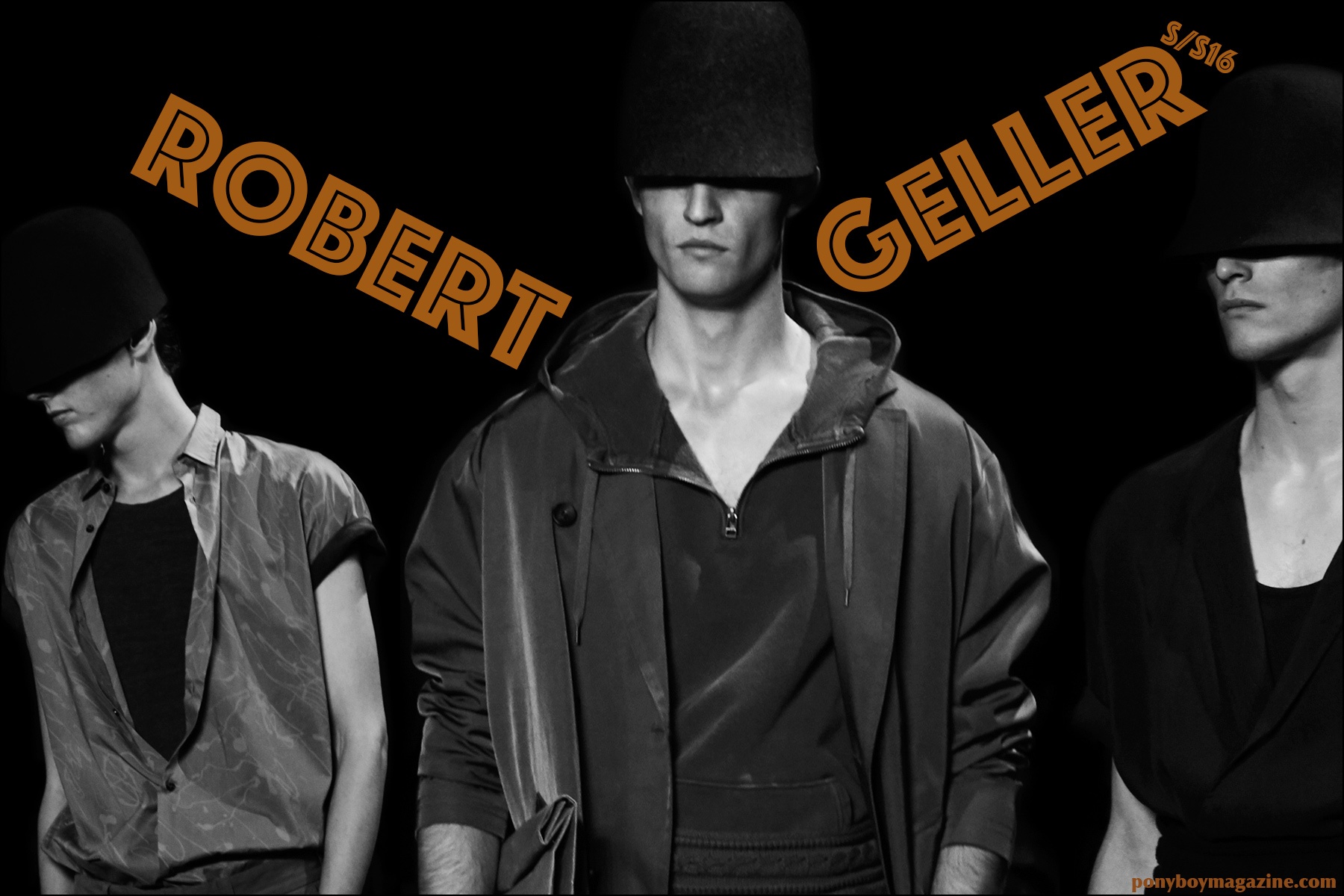 German born designer Robert Geller’s Spring Summer 2016 fashion show was a highly anticipated show during Men’s New York Fashion Week. For this collection he drew inspiration from the North Sea. Geller’s runway was filled with muted beach tones and the layered, lightweight silhouettes gave movement on the boardwalk runway. He used Tyvek reflective printed material, as well as a squiggly “rain” pattern throughout the collection, which included blazers, trenches, jumpsuits and shorts. The rope necklaces and woven cummerbunds gave a nautical feel to the clothing. Some of the models faces were hidden in what appeared to be a men’s version of the 1920’s cloche cap, lending an overall dramatic event. We loved the rope-tied bags, a collaboration with Siwa from Japan, as well as the oversized envelope style briefcases. The designer stated, “I am very happy with this collection. It feels close to home and the next step in the right direction for the brand.” Indeed, it is the right direction for the very well dressed, modern man. Photography Alexander Thompson.