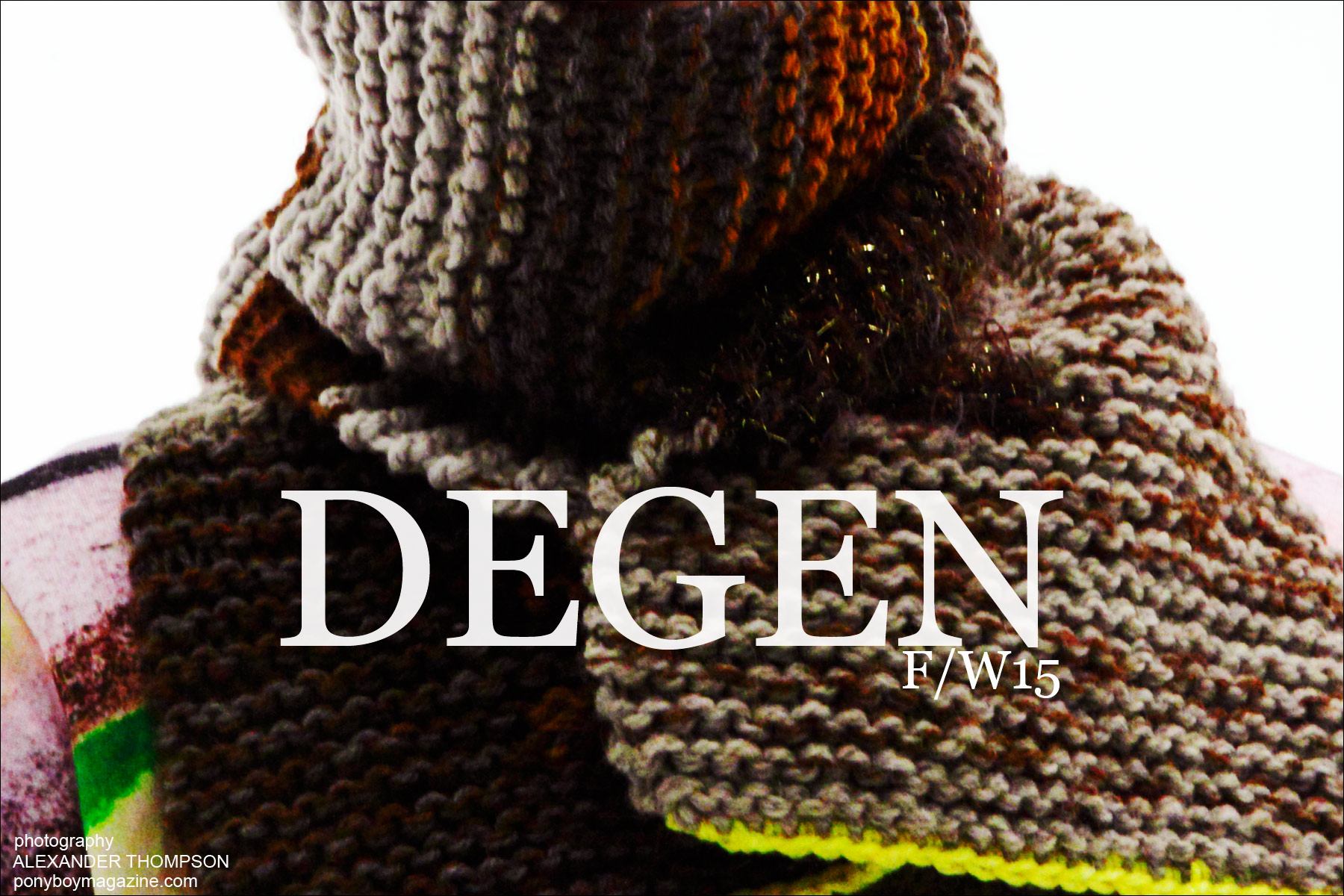 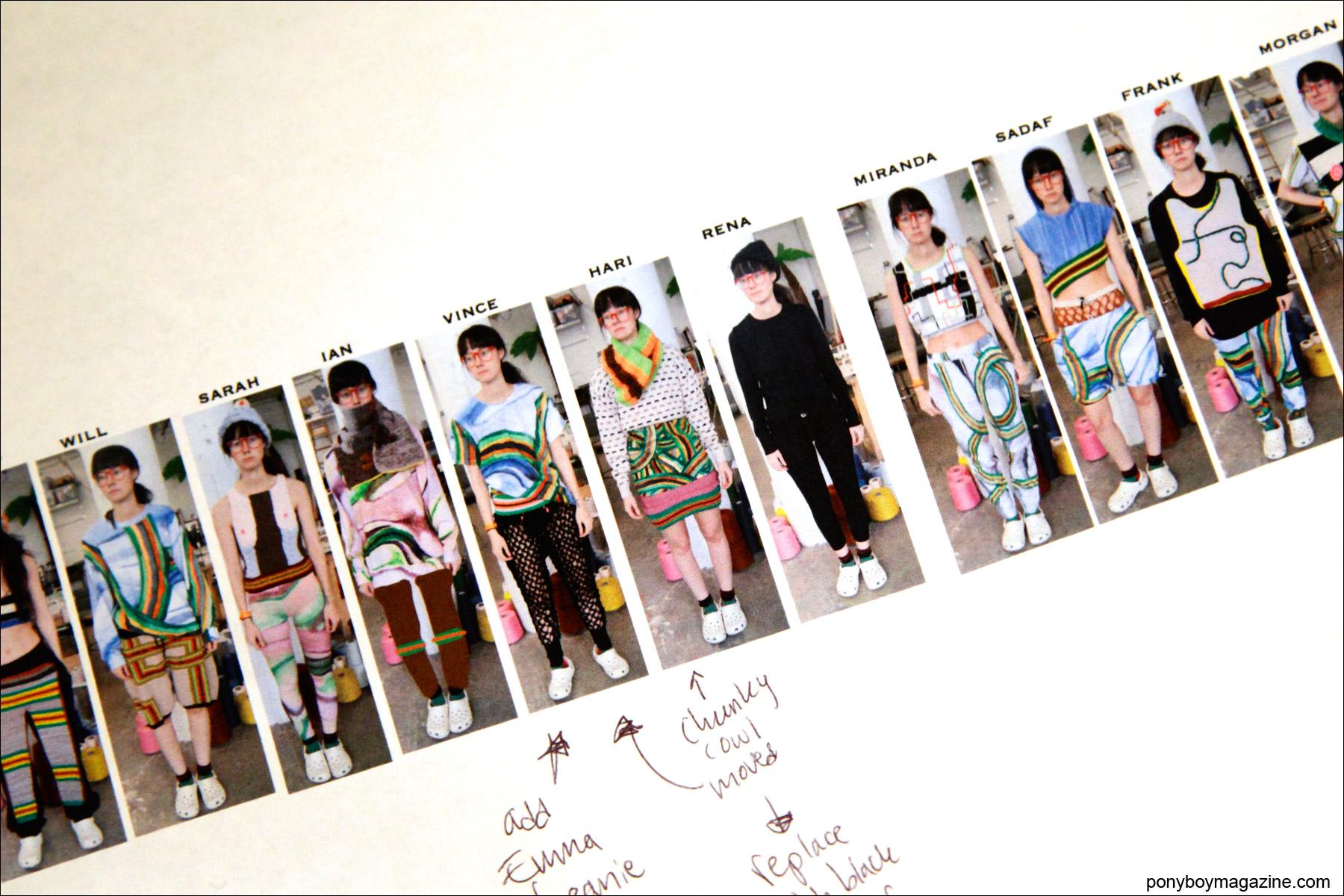 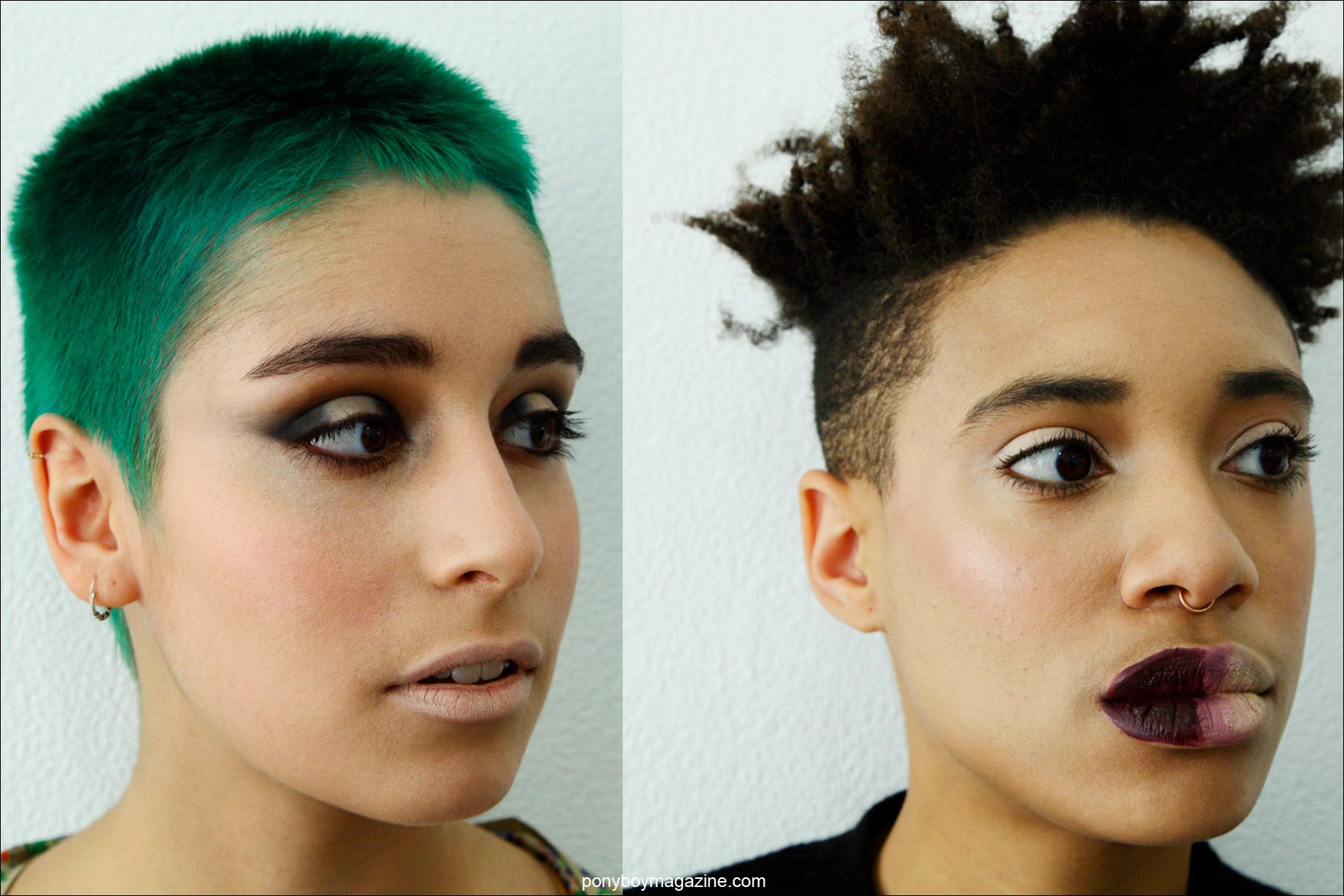 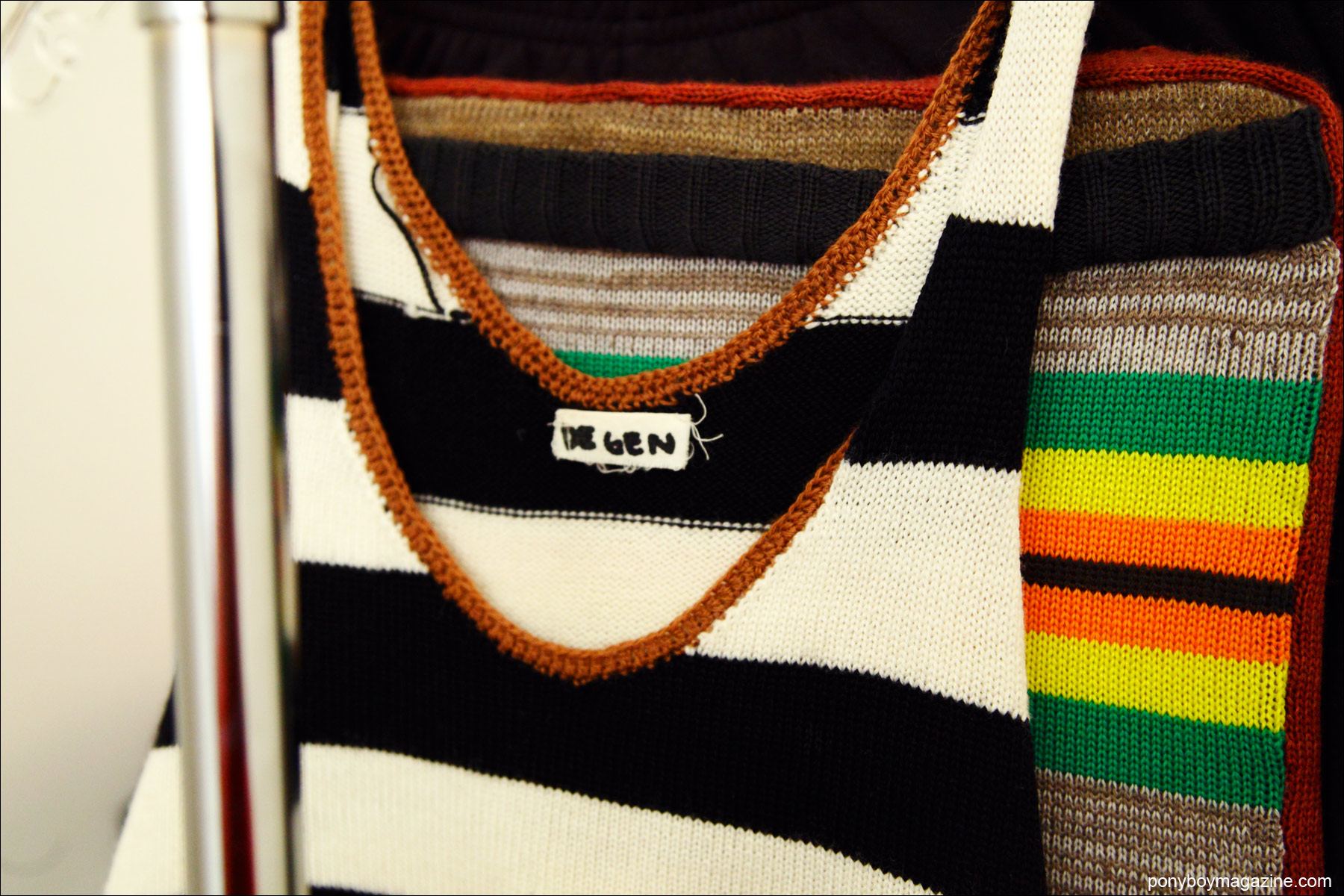 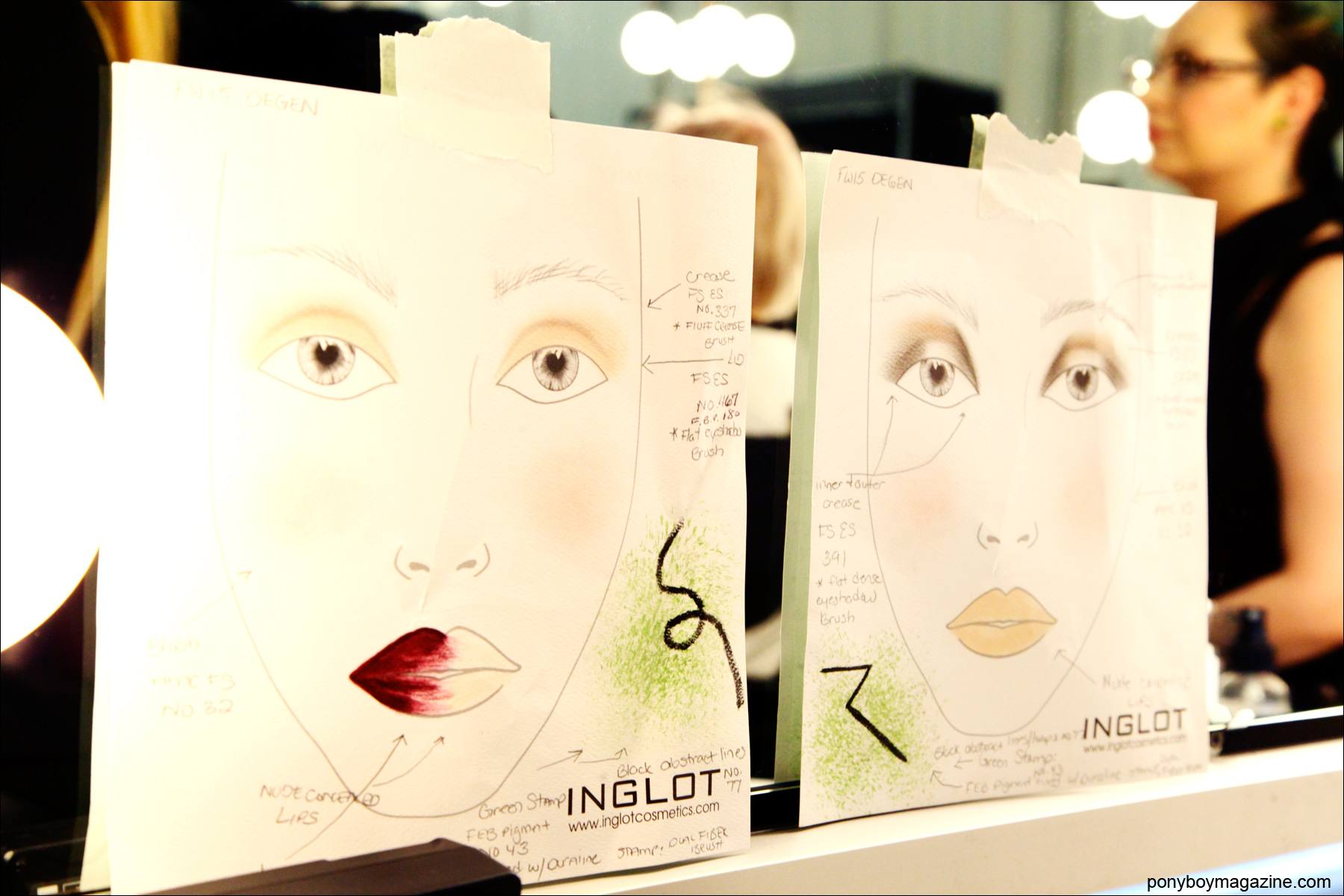 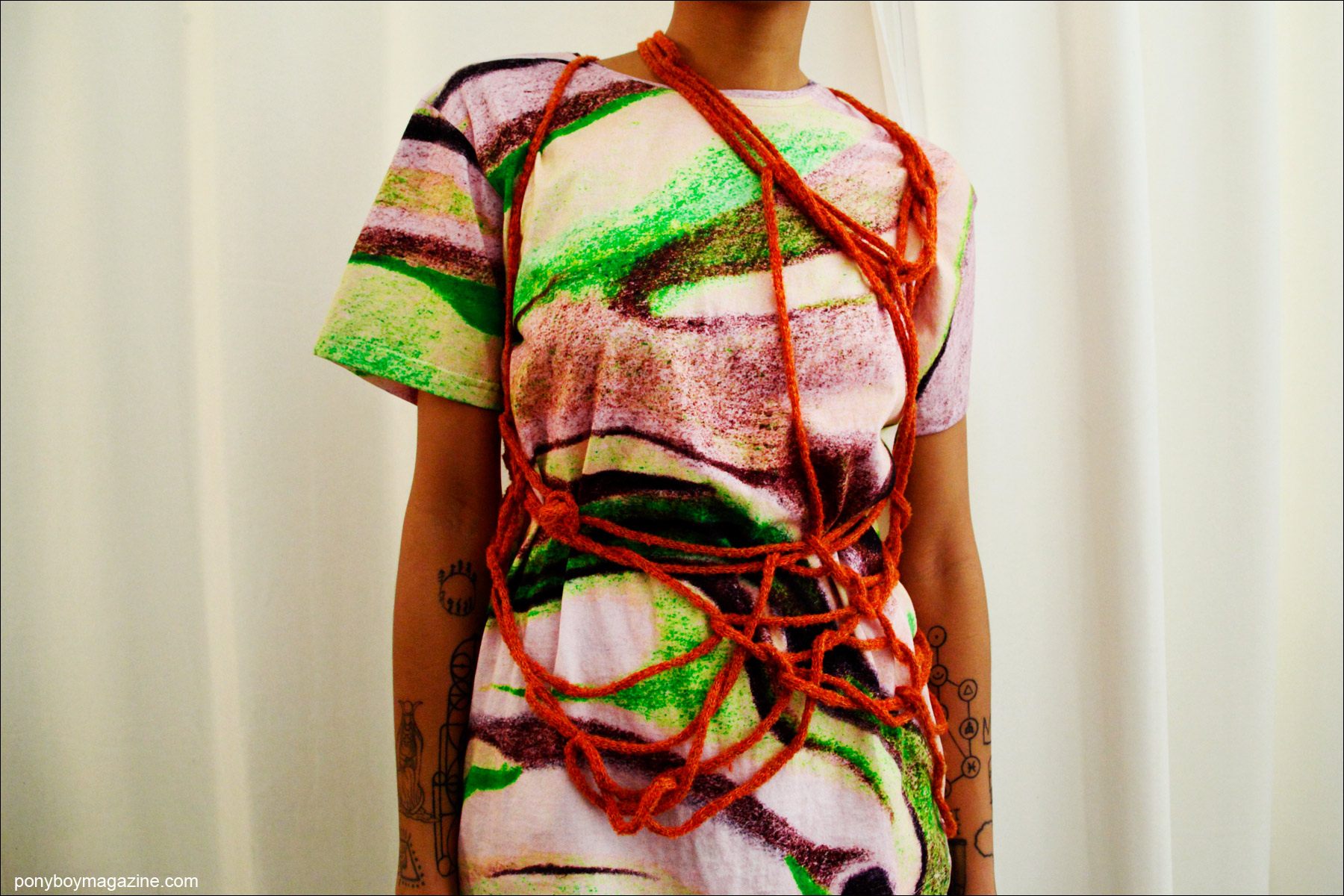 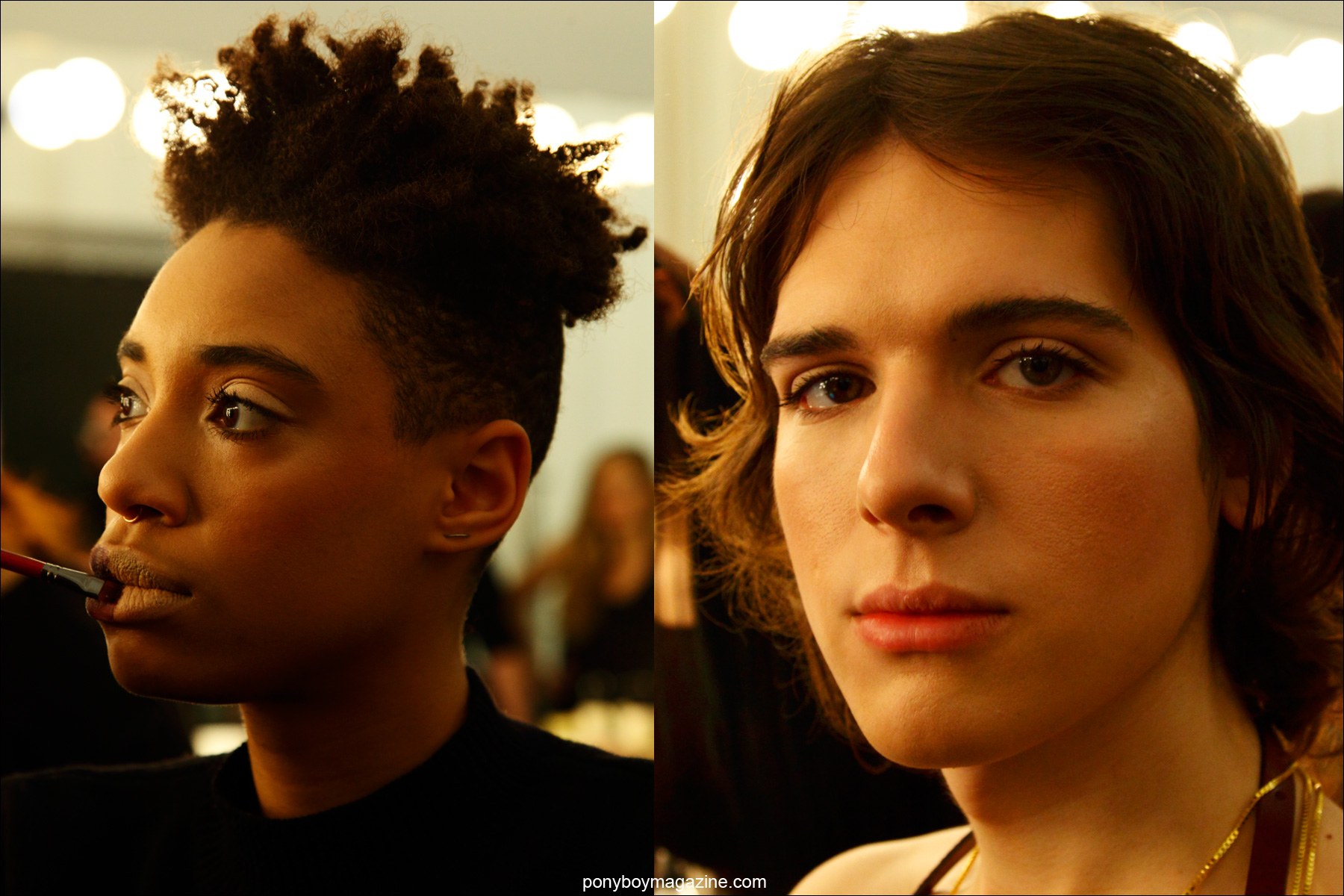 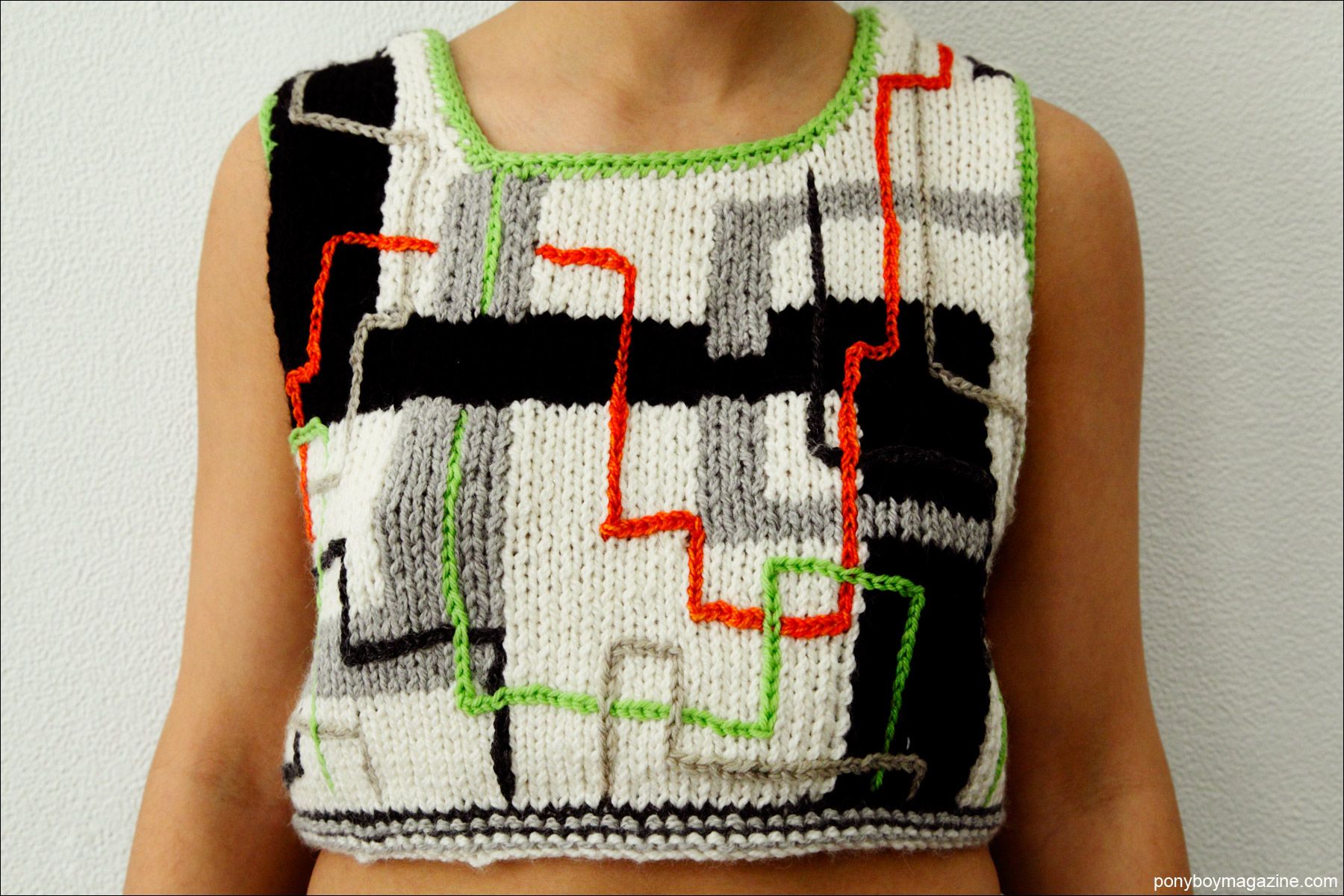 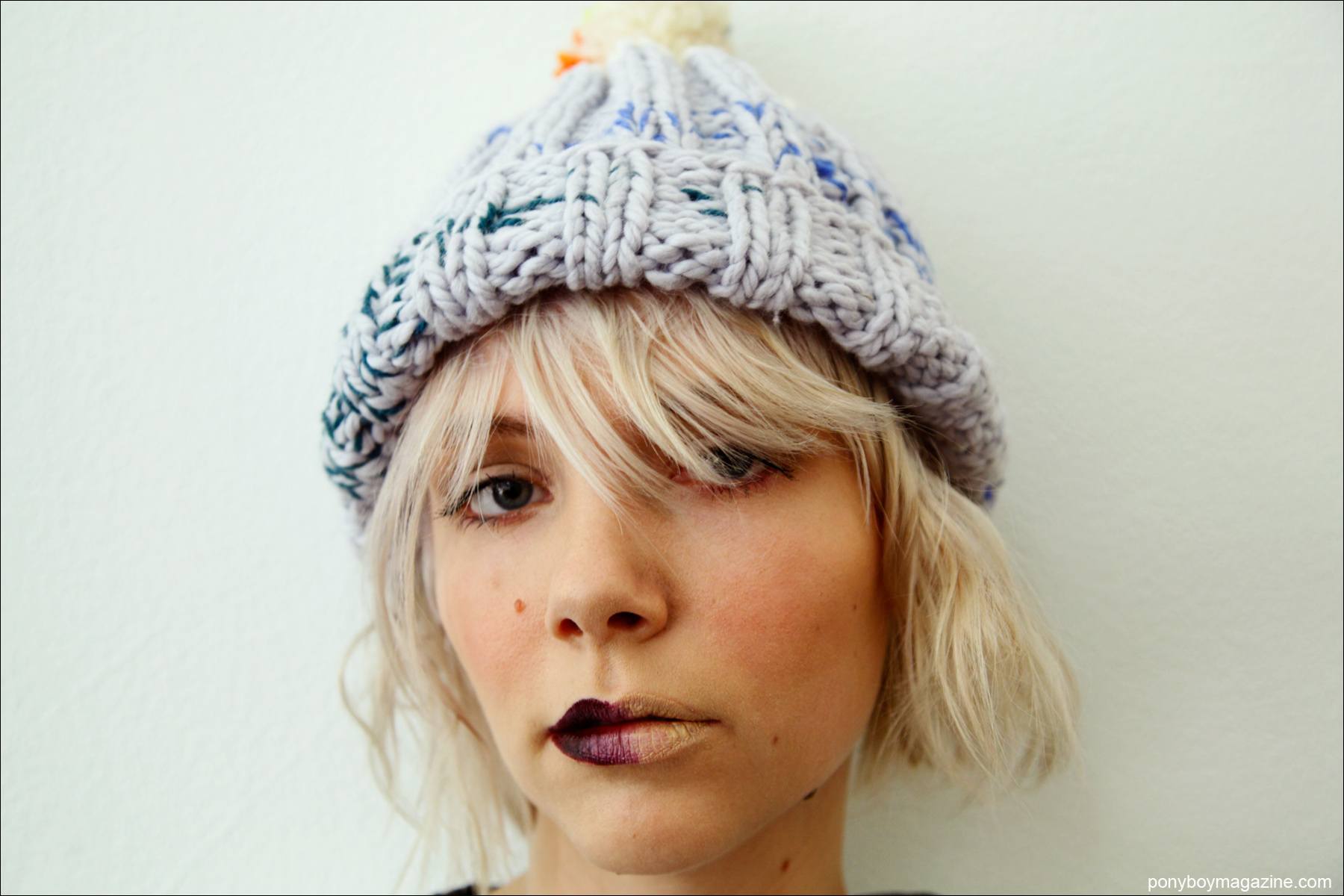 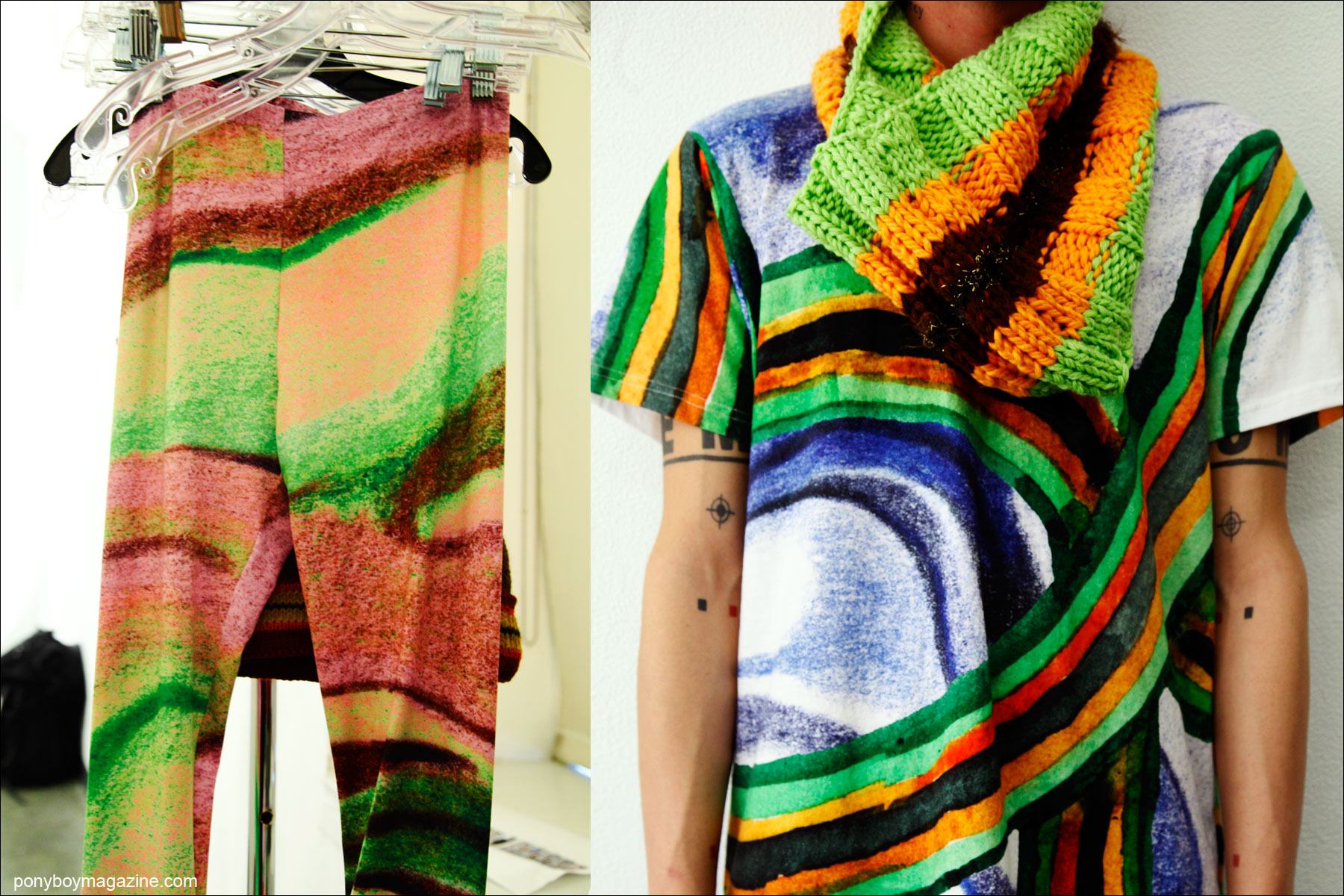 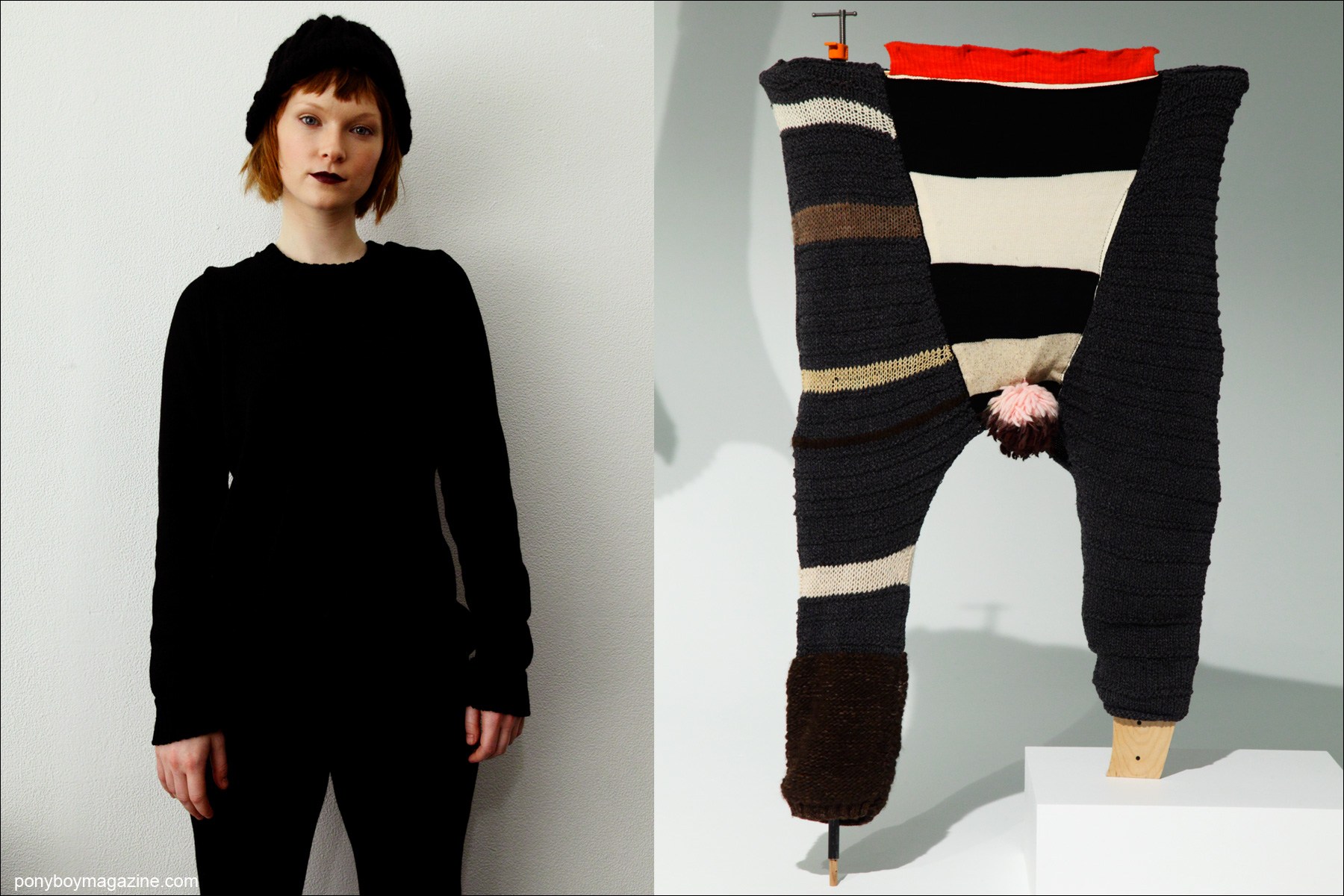 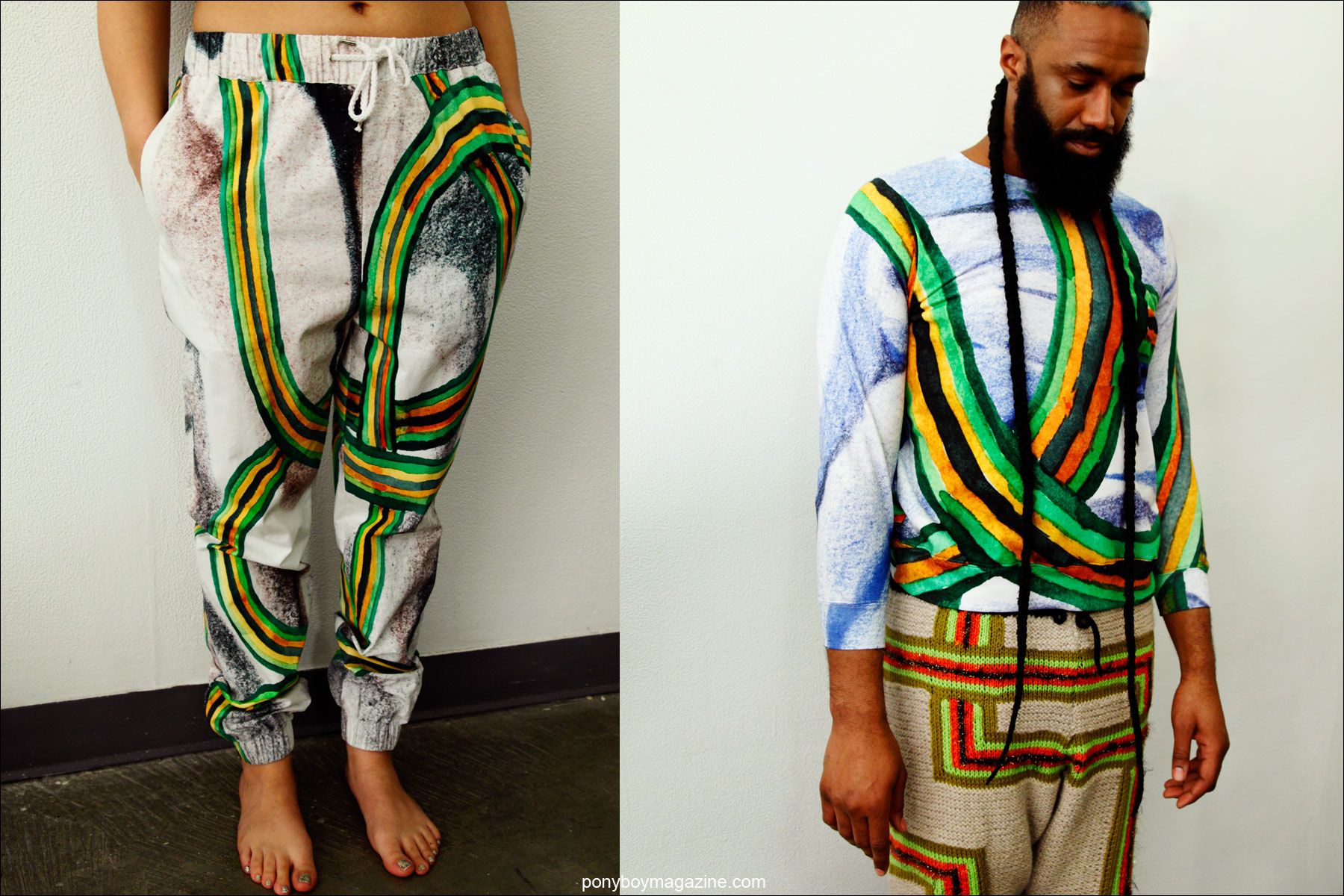 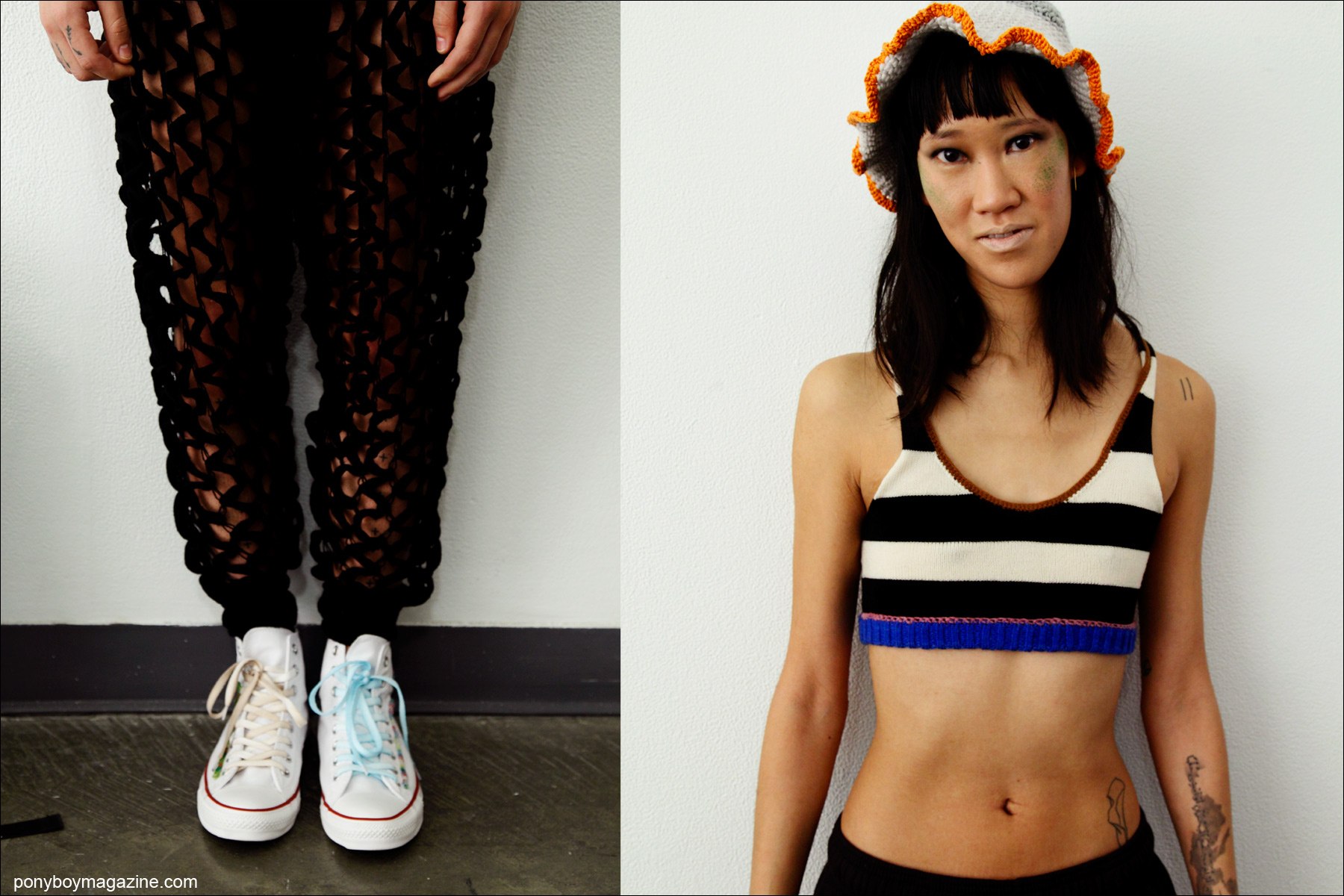 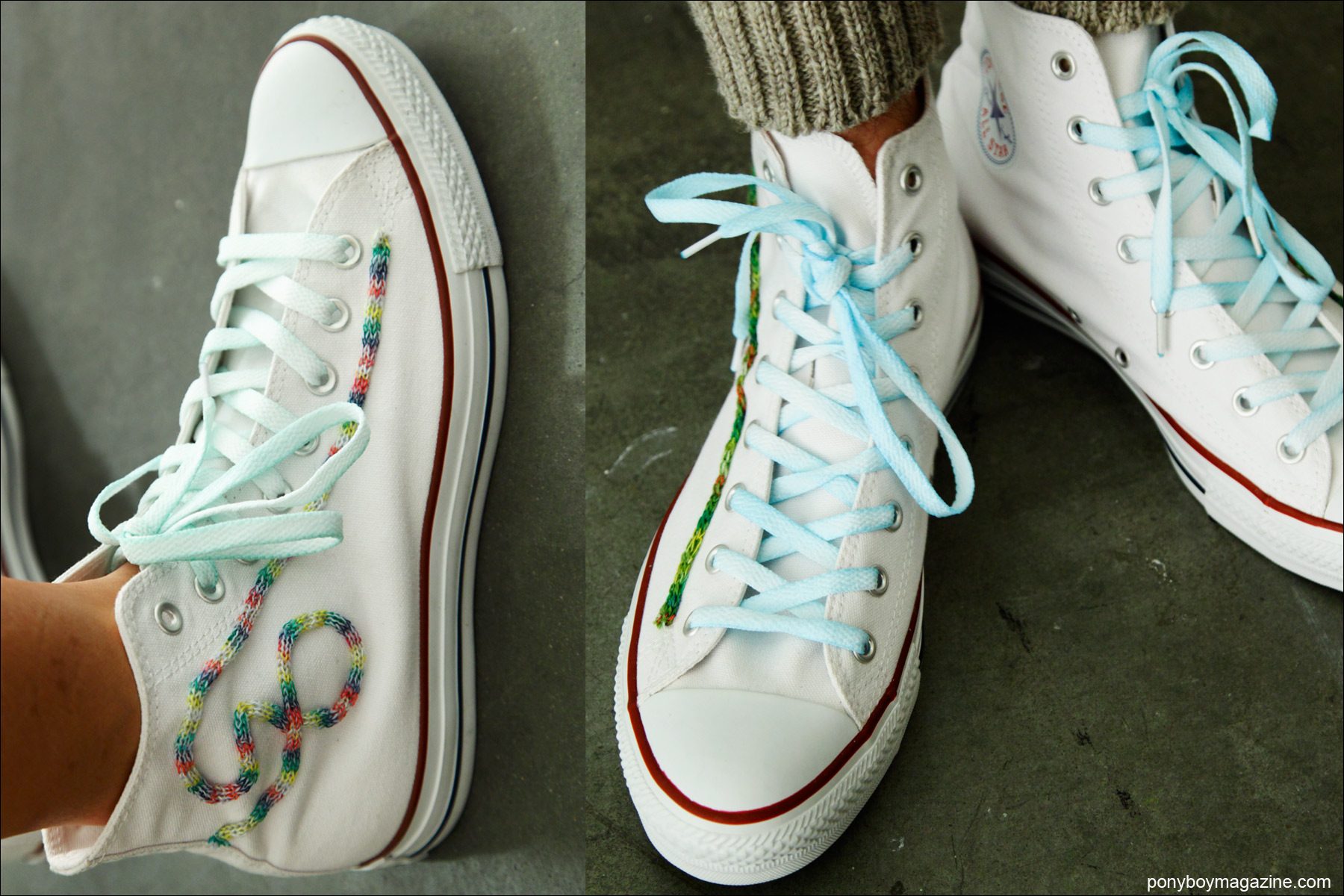 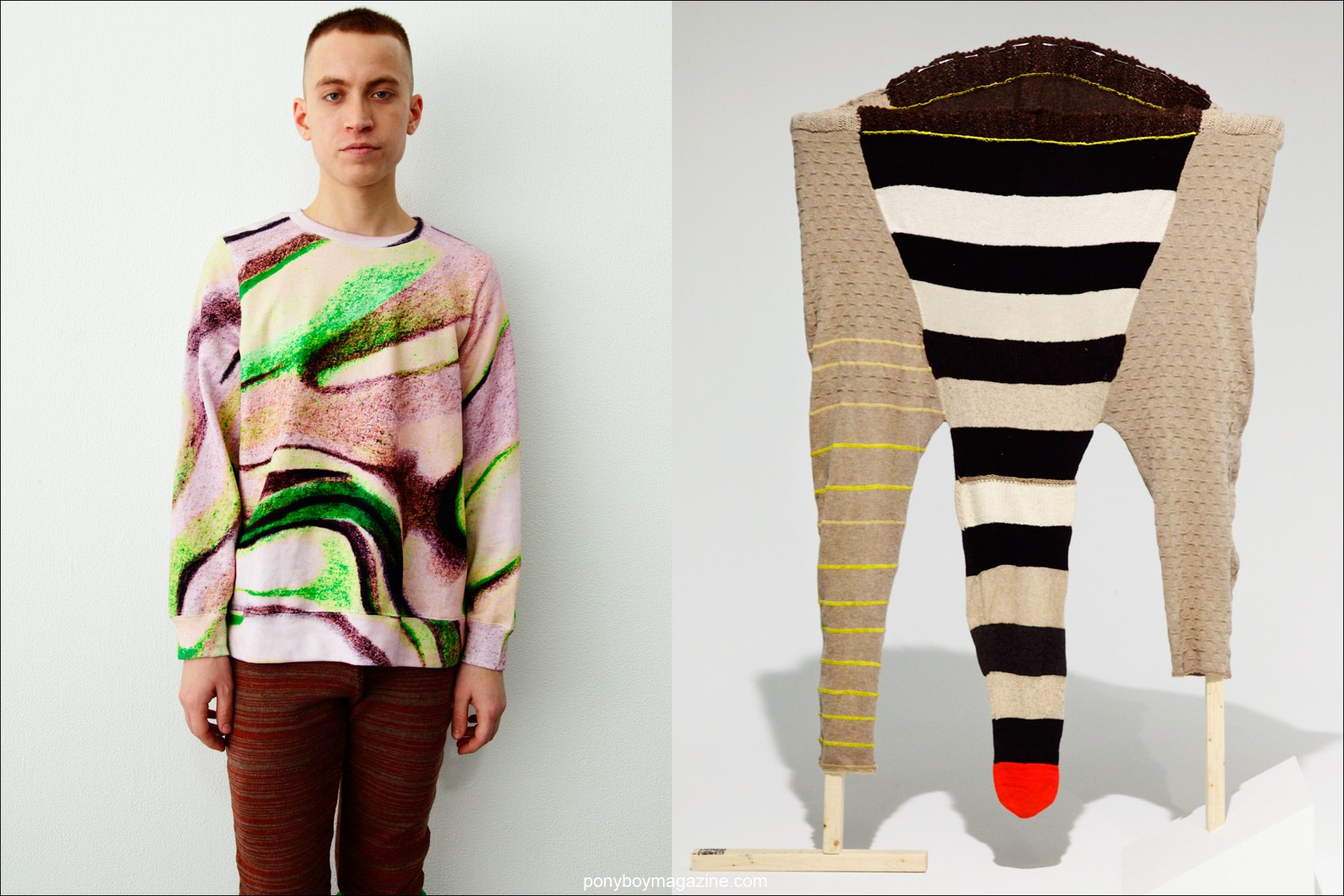 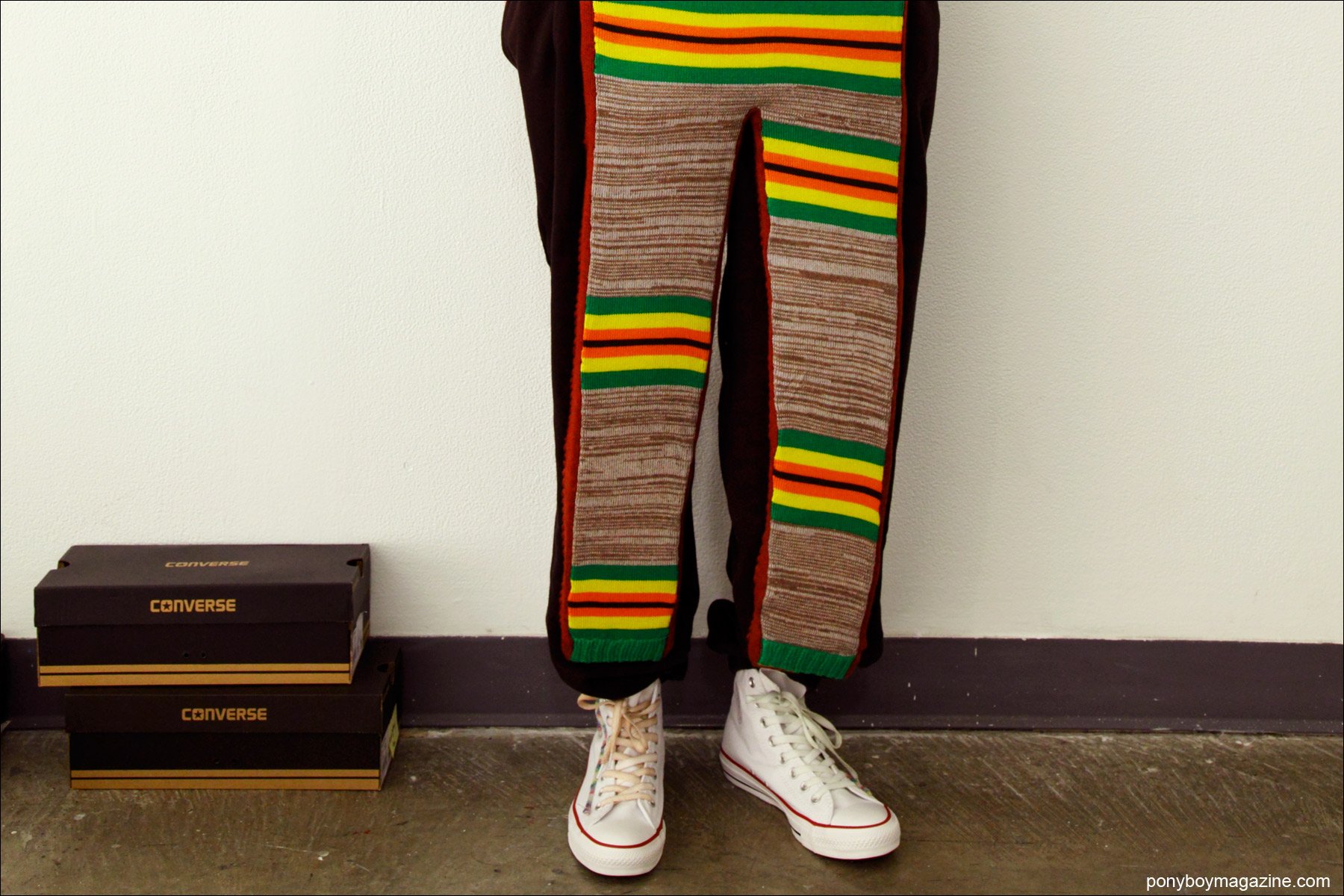 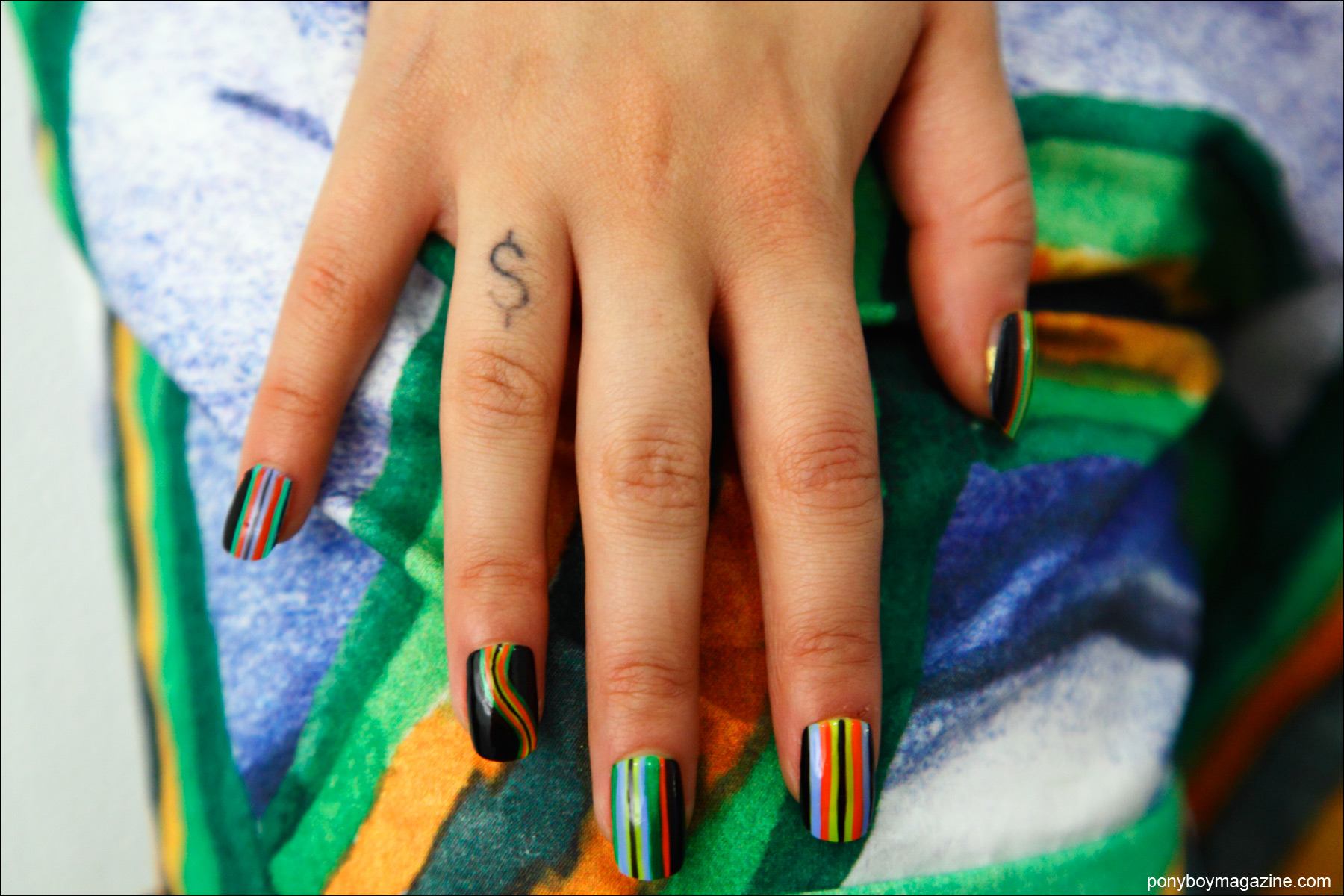 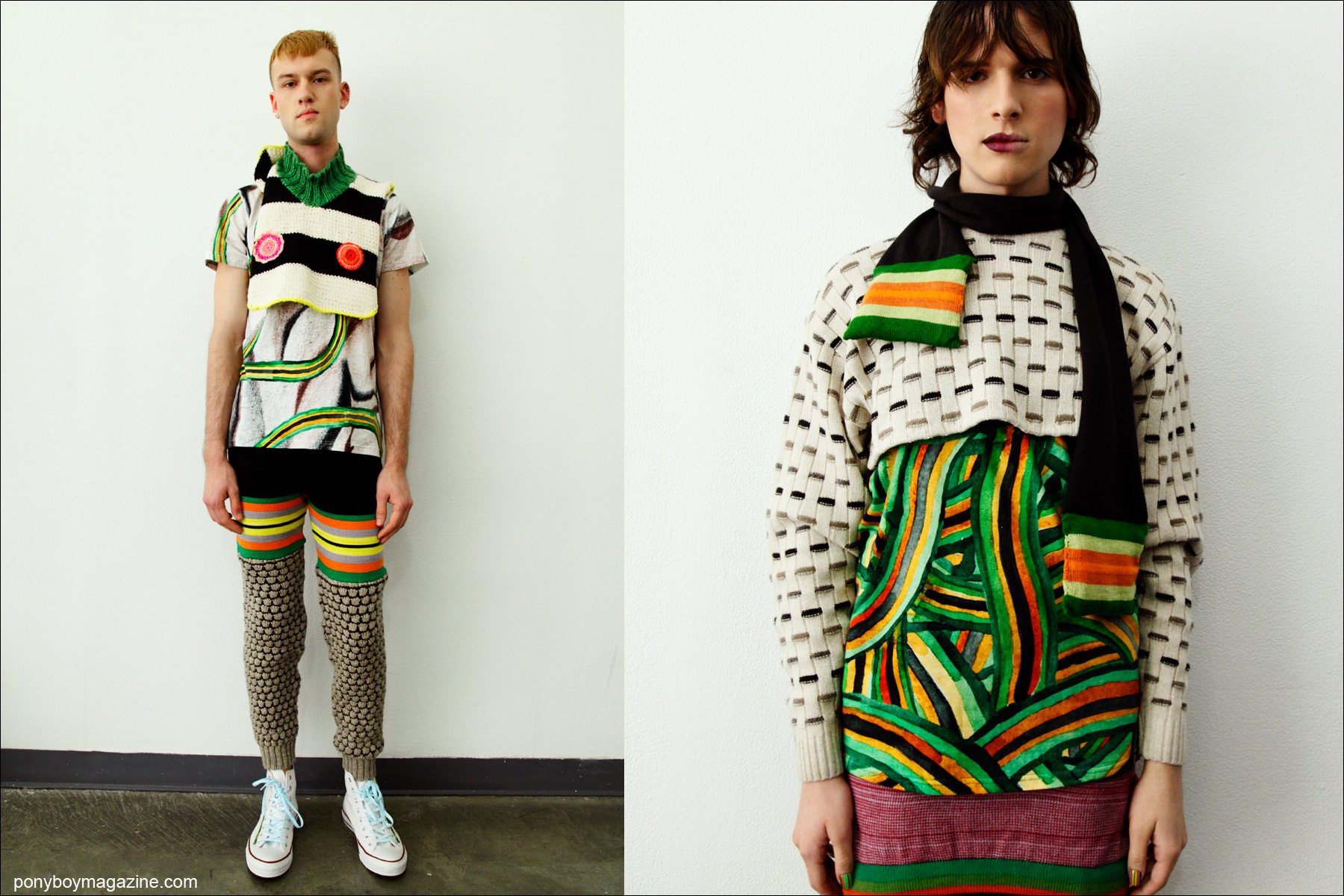 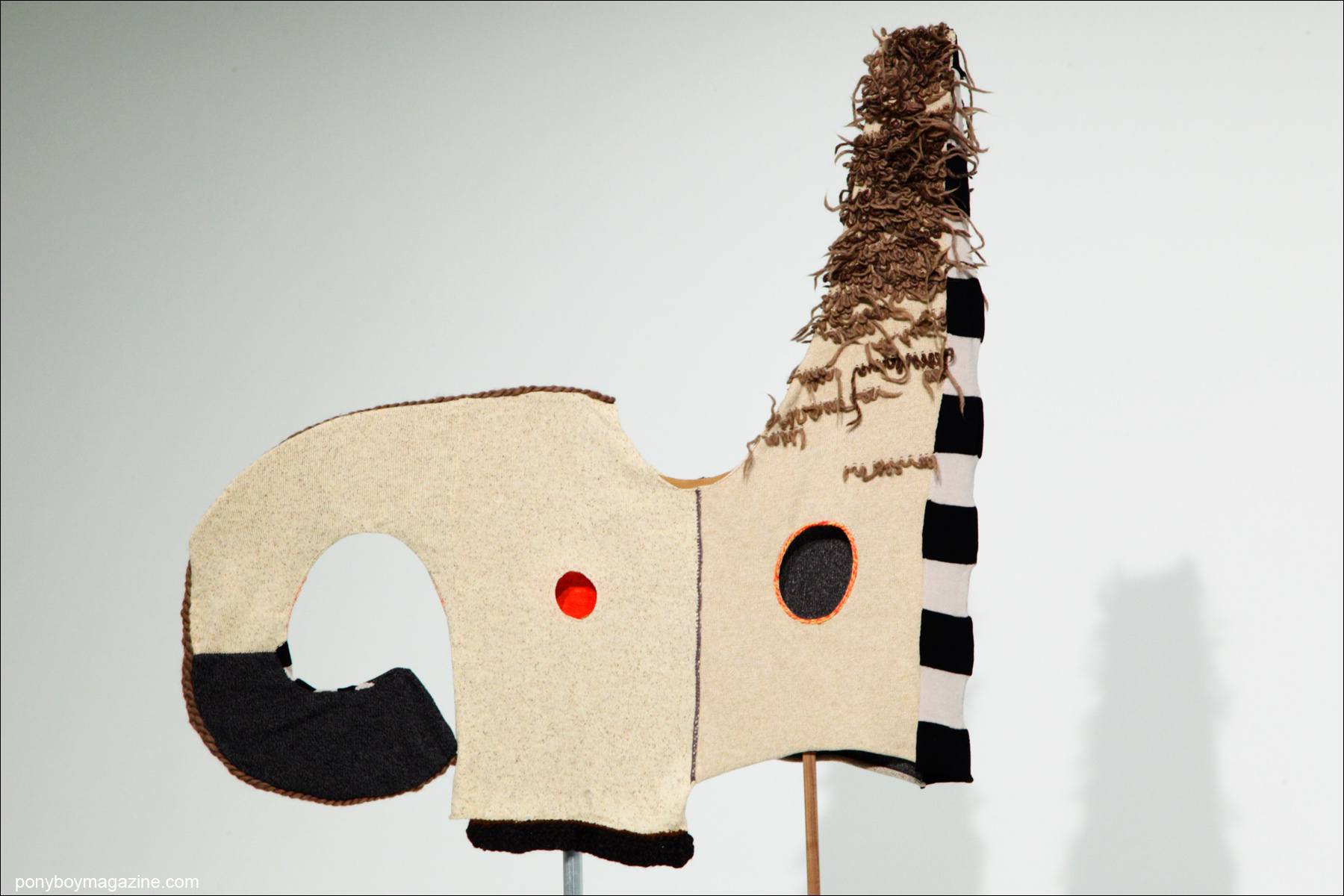 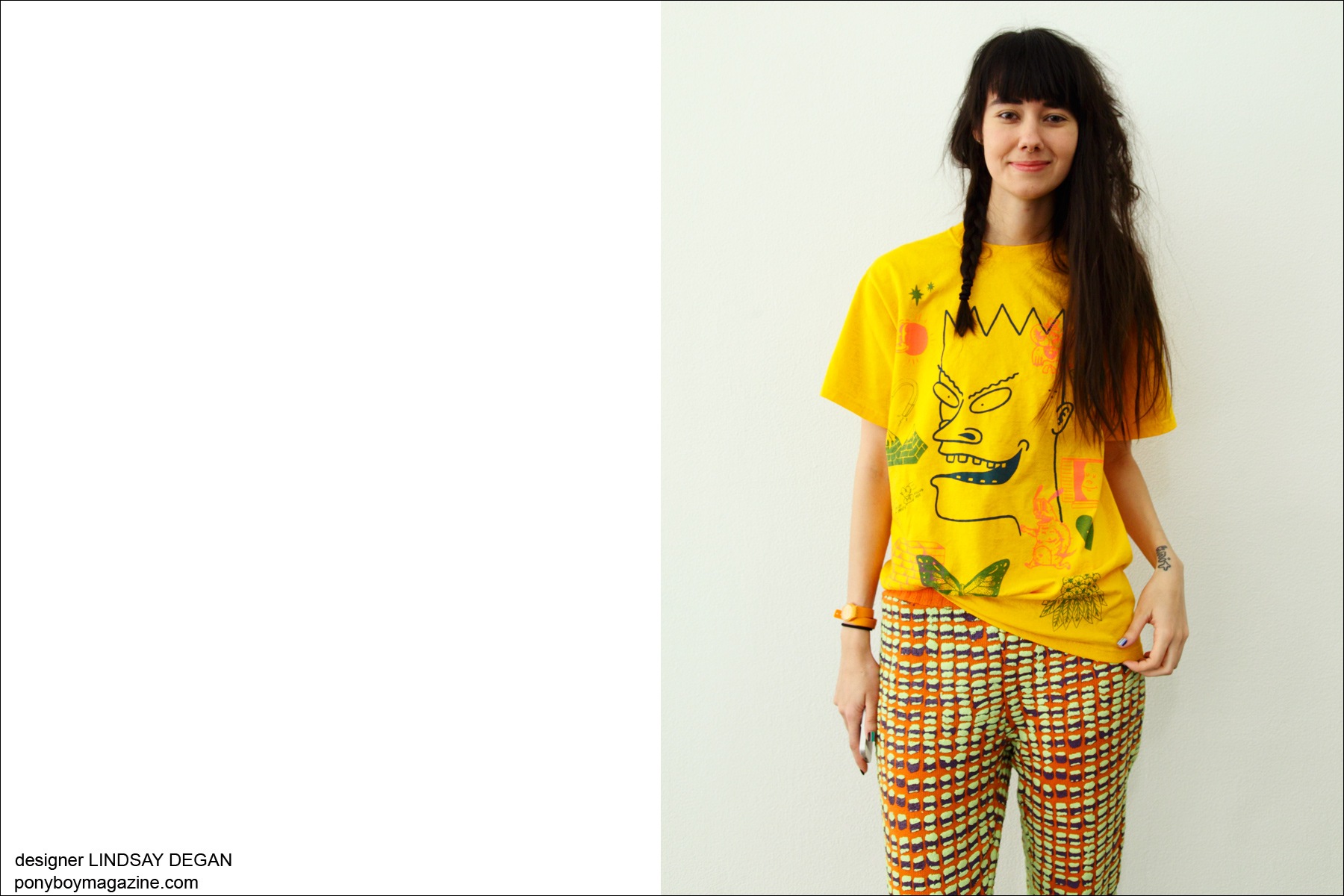 Lindsay Degen, designer of New York knitwear label Degen, took this season’s inspiration from the oversized artwork created by Claes Oldenburg’s 1961 exhibition “Store.” The set for her presentation at Pier 59 Studios was composed of large colorful sculptural displays. Degen stated in the show’s notes, “This season, I found myself more frustrated than ever about the buyer system that is in place and the future of sales in the fashion world. Inspired by Oldenburg’s outlook on art & commerce, I decided to make larger-than-life sized sweater shaped art objects. I intended these pieces to read as one-of-a-kind and be recognized for their aesthetic worth and handmade beauty; not their wearability.” The handmade colorful unisex creations were characterized by rainbow patterns and consisted of cropped tank tops, sweatpants, leggings and shorts. Degen collaborated with illustrator Gretta Johnson on prints for the wearable “Print All Over Me” pieces. Each look was paired with white Converse high-tops, consisting of Degen knit accents. The beautiful, eclectic makeup was keyed by Mahasin Phillips for Inglot Cosmetics. And we must make note of the vivid waves and striped nails by artist Casey Herman using China Glaze Nail Lacquer. A refreshing part of this presentation was that Degen’s models were not from agencies, but rather friends of the designer; and they all came in different shapes and sizes. We found the entire collection very fun and playful, in character with the youth of today. Photography Alexander Thompson.