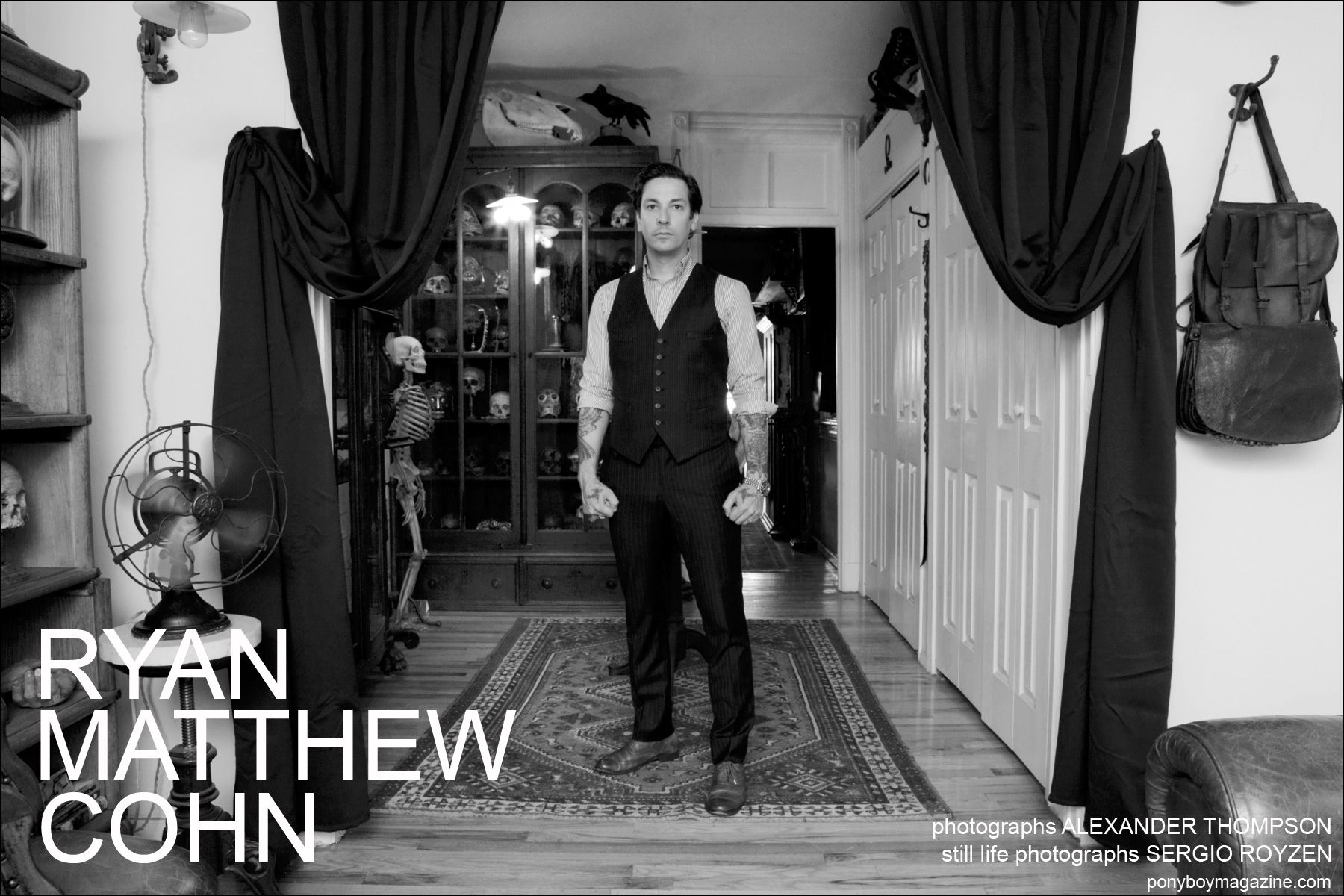 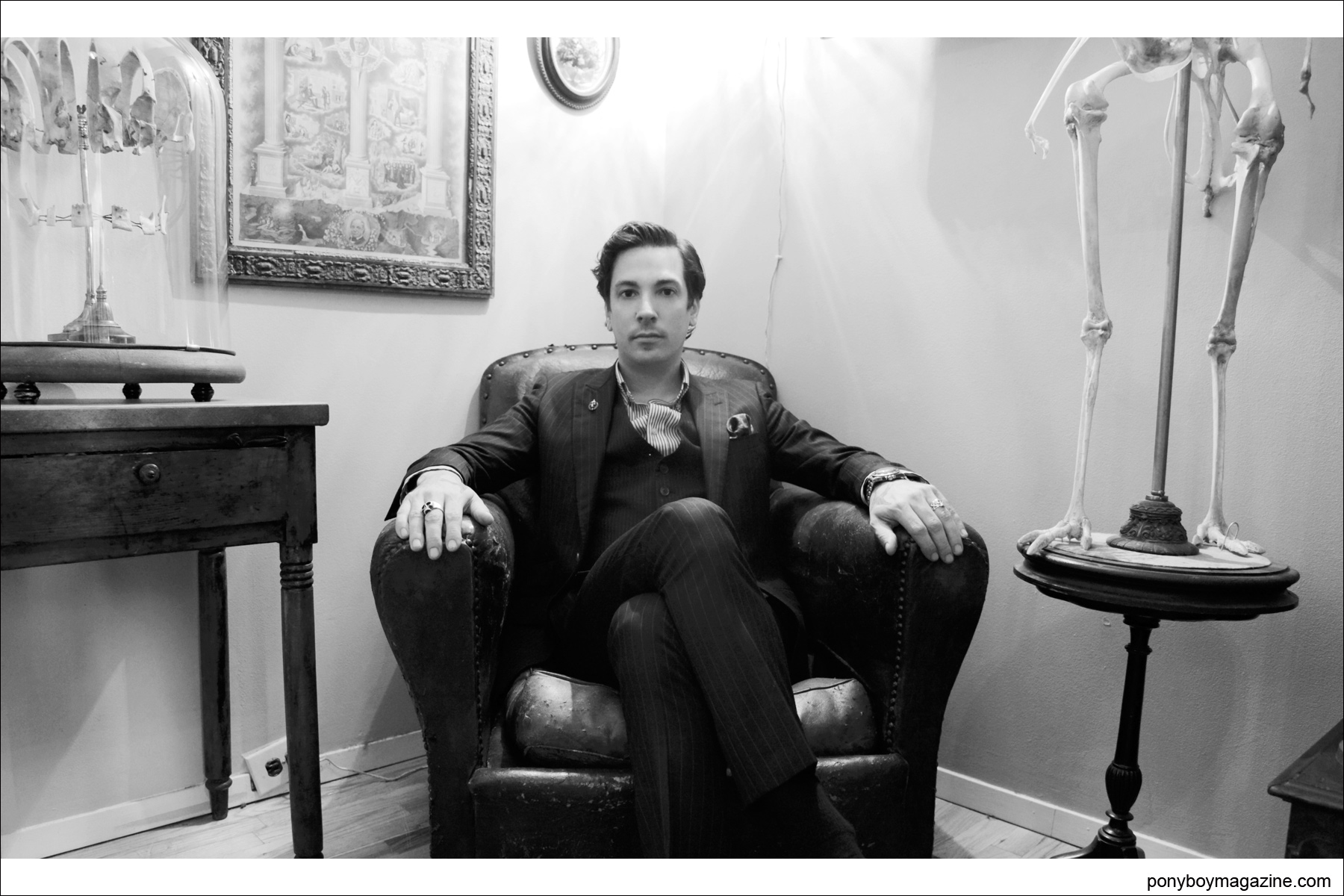 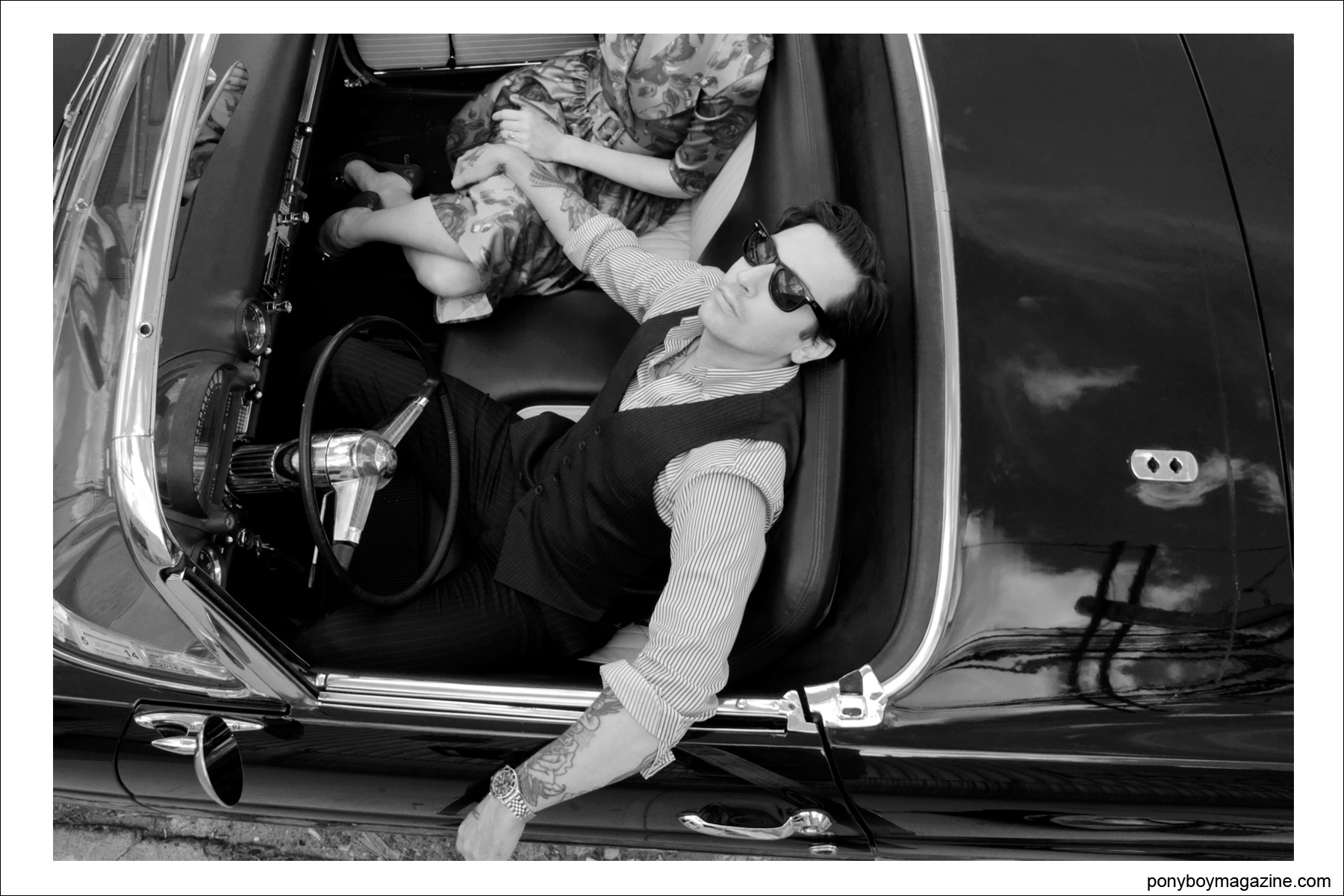 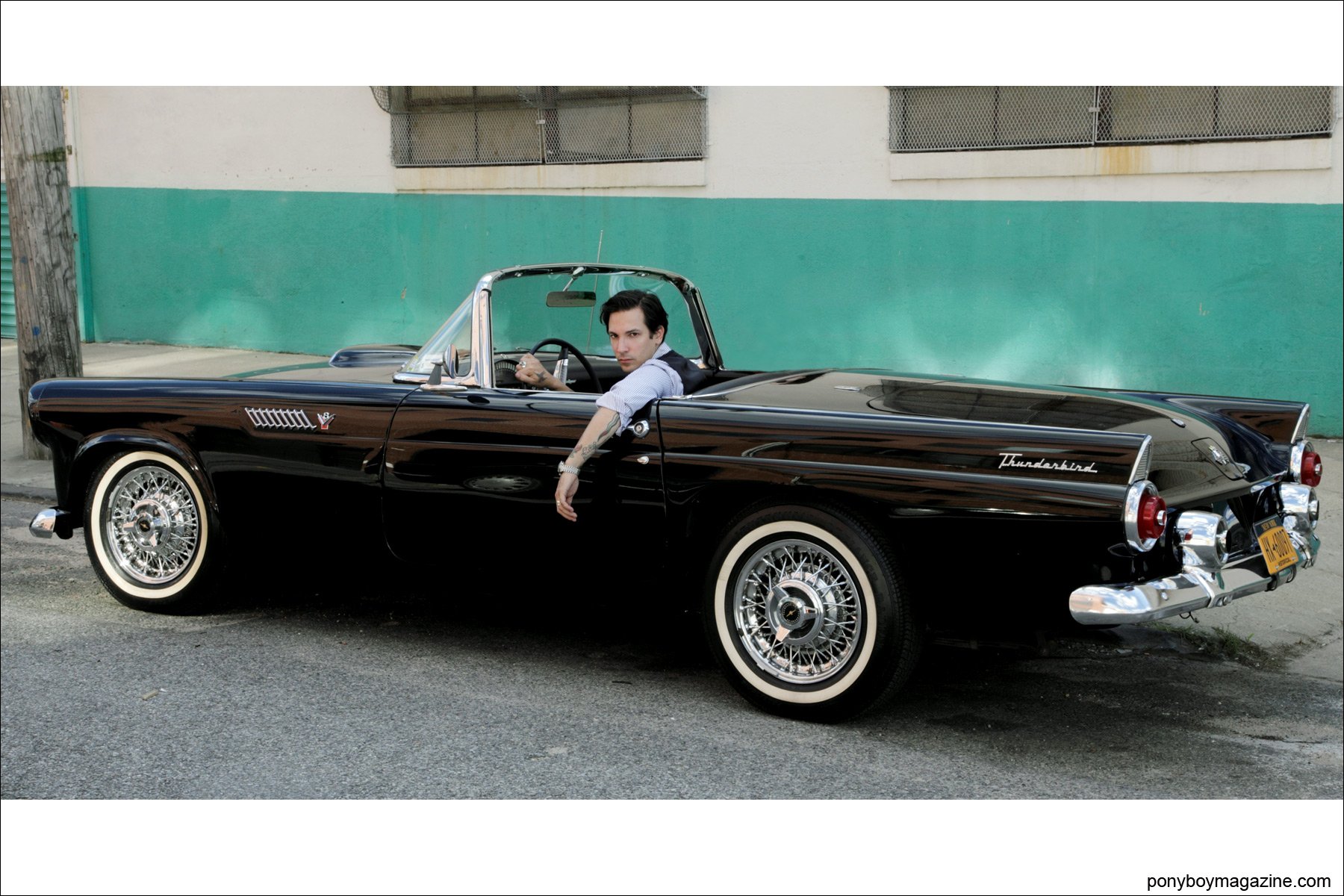 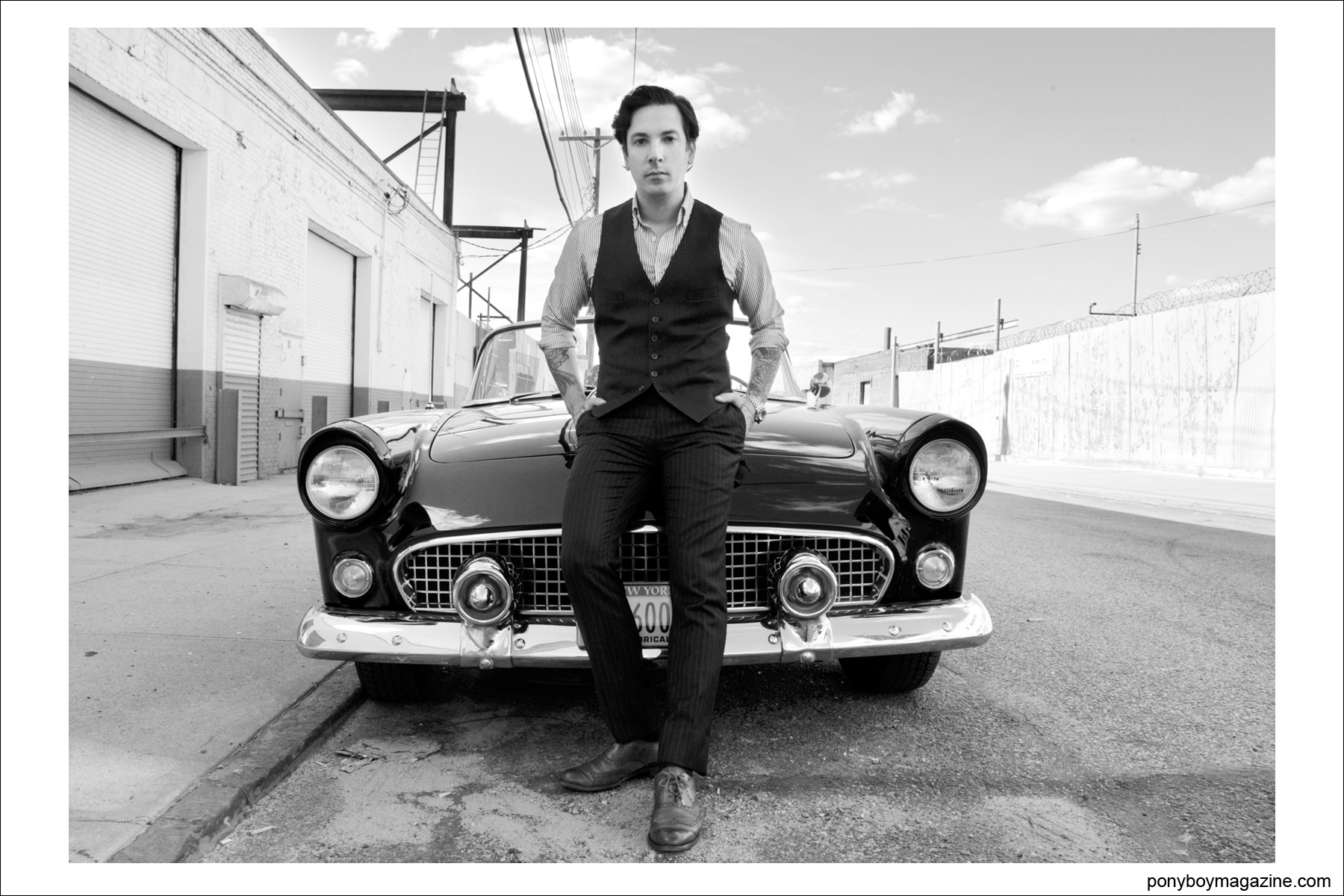 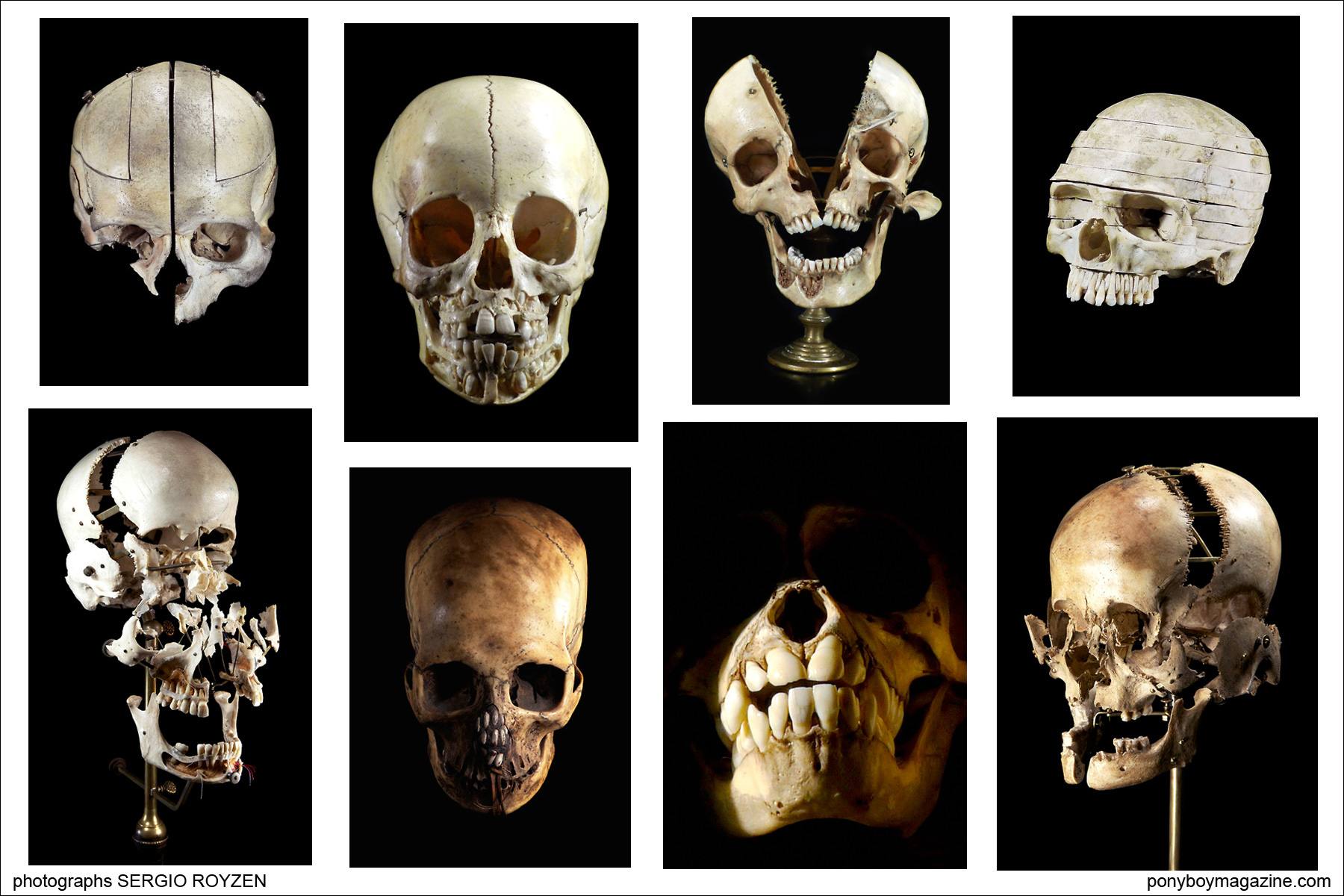 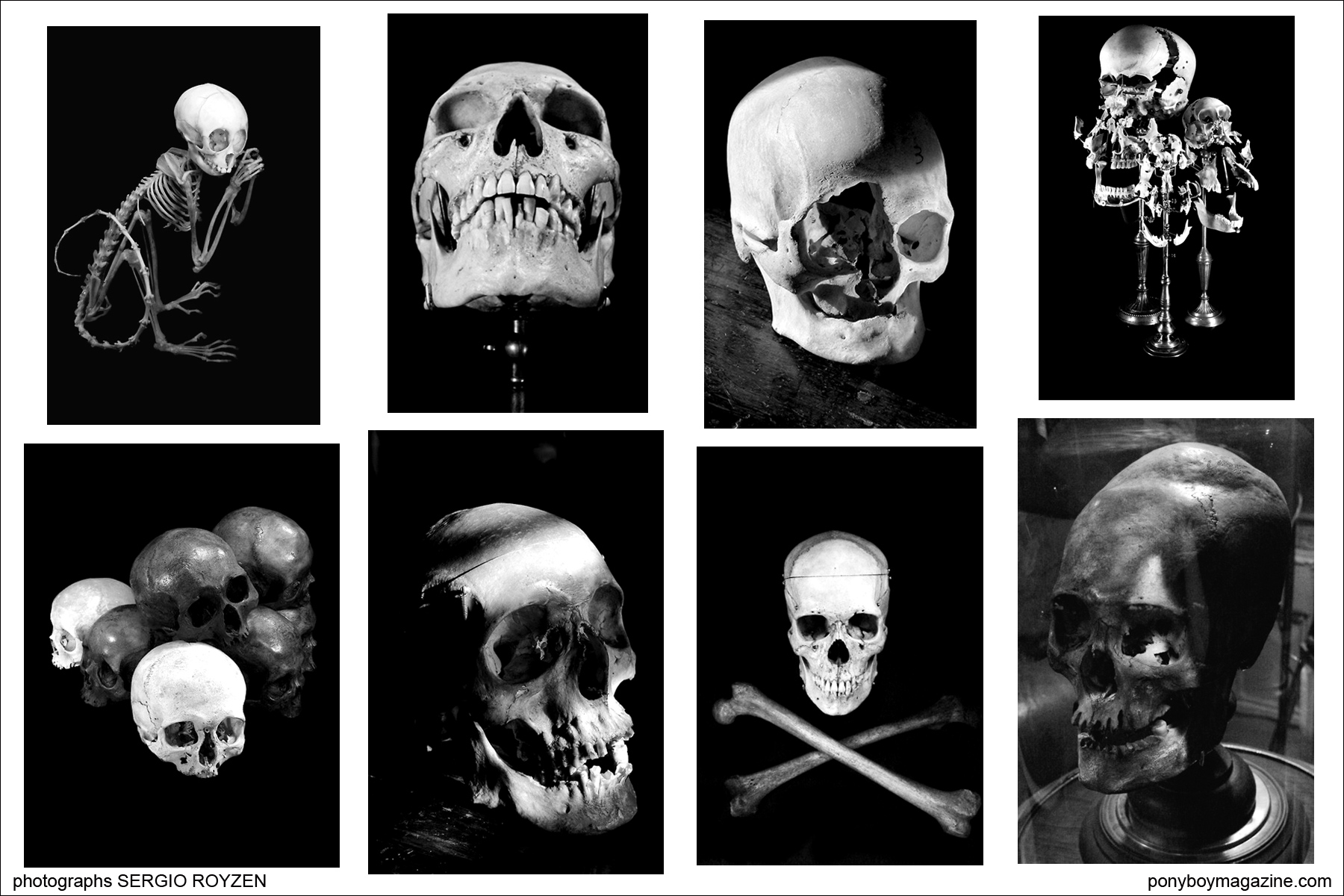 We find Ryan Matthew Cohn’s skeletal world extremely intriguing. Who wouldn’t, what with all those bones and that keen, stylish eye for all things archaic. So we thought we’d jump in a cab and head over to the ODDITIES star’s magnificent place in Greenpoint Brooklyn and snap some pics of this sharply dressed gentleman. His apartment is like a museum with so many hauntingly quirky relics that are on display. After wrapping a fun afternoon of hanging out and shooting, he invited us to jump into his sleek black 1955 Thunderbird convertible for a quick spin on a beautiful New York City day and, of course, we said YES!

PONYBOY:  Ryan, please tell us where you were raised?

RYAN MATTHEW COHN:  I was raised in Woostock which is in upstate New York.

PONYBOY:  When we first met you some years back you were the bass player for the rock band The Stalkers?

RYAN MATTHEW COHN:  I was actually the guitar player in the band.

RYAN MATTHEW COHN:  Yes, I still do quite a lot of jewelry design. I started out as an assistant to the gentleman who was the very first jeweler to work with Ralph Lauren. I did a lot of designing and small runs for Polo, Ralph Lauren, RRL and other companies for some time. That lead to the opening of Against Nature Atelier which I co-founded. The skills I learned as a jewelry maker/metalsmith have been a great addition to my current profession as an osteologist. All my metalwork for the skulls I make is done by hand. A lot of great detail and intricacy is involved in the design of my creations.

PONYBOY:  And how did you get into bone collecting?

RYAN MATTHEW COHN:  Bone collecting came naturally to me as I have been collecting this subject matter since I was very young. I had a fascination with anatomy ever since I was a child and was originally interested in going to college for medical illustration. Somehow I got sidetracked, joined a band, and went on tour for a while. All the while I would pick up antiquities along the way. My collection comes from many years of obsessively striving to find new interesting things along my many travels.

PONYBOY:  Did you ever think that you could make a living practicing your trade?

RYAN MATTHEW COHN:  I have always been the type of person to follow my dream and just do what I do whether that be on a professional level or doing things that bring me happiness. I have always had a good level of self-control and drive, but also the desire to learn everything that accompanies what I am doing at the time. I feel lucky that I picked a profession that was relatively unknown when I started and has now blossomed into a thriving business and lifestyle. I couldnt imagine doing anything else.

PONYBOY:  How did being cast on ODDITIES come about?

RYAN MATTHEW COHN:  Obscura (Mike Zohn and Evan Michelson) was approached by a production company called Leftfield, who are known for the show PAWN STARS. And they were interested in a show focused on our lives, business, and what we do. We basically sat in front of a camera and explained what we do on a daily basis. We really never thought we would get a call back due to how niche this subject matter is, but sure enough a month later we got the call saying that they wanted to proceed with the first season, and then the next season, and then the next.

PONYBOY:  You’ve obviously been catapulted into some kind of fame from being on television. What’s that like?

RYAN MATTHEW COHN:  It’s interesting to say the least. I never strived to become a TV personality; it just happened one day. I try and be nice and appreciative when people are interested in what I do. It’s been very rewarding to be able to share my knowlegde.

PONYBOY:  Do you get recognized on the street all the time?

RYAN MATTHEW COHN:  I do find it funny enough. It happens a lot at restaurants. It’s always funny and a little awkward when you find candid pictures of yourself online that you never knew were taken.

PONYBOY:  With the overwhelming archive of bones, etc. that you have collected, would you ever have any interest in opening your own museum?

RYAN MATTHEW COHN:  I think a museum is definietly in the 5 year plan.

PONYBOY:  And lastly, we are so green with envy of your mint Thunderbird. Any plans on purchasing any more classic cars?