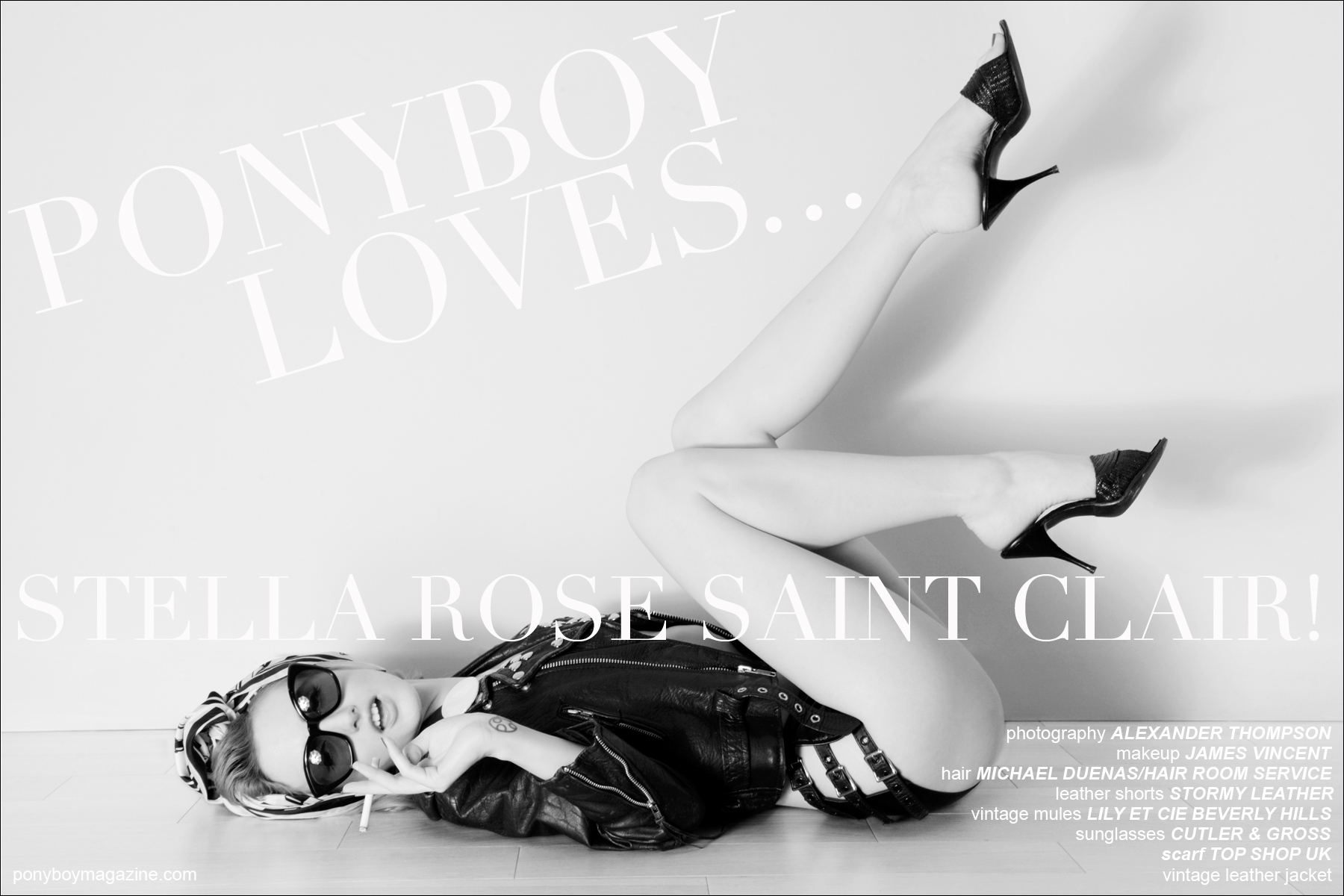 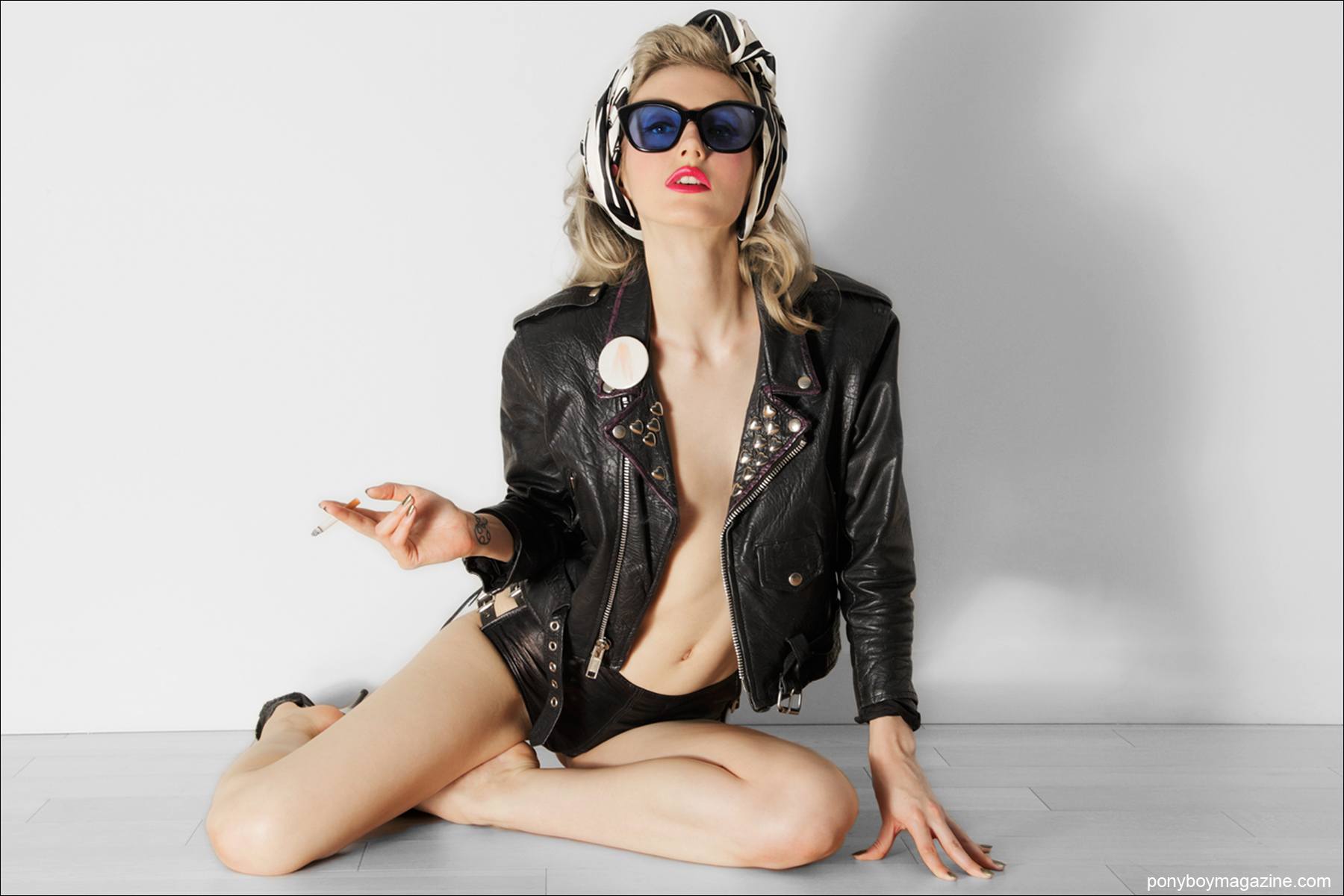 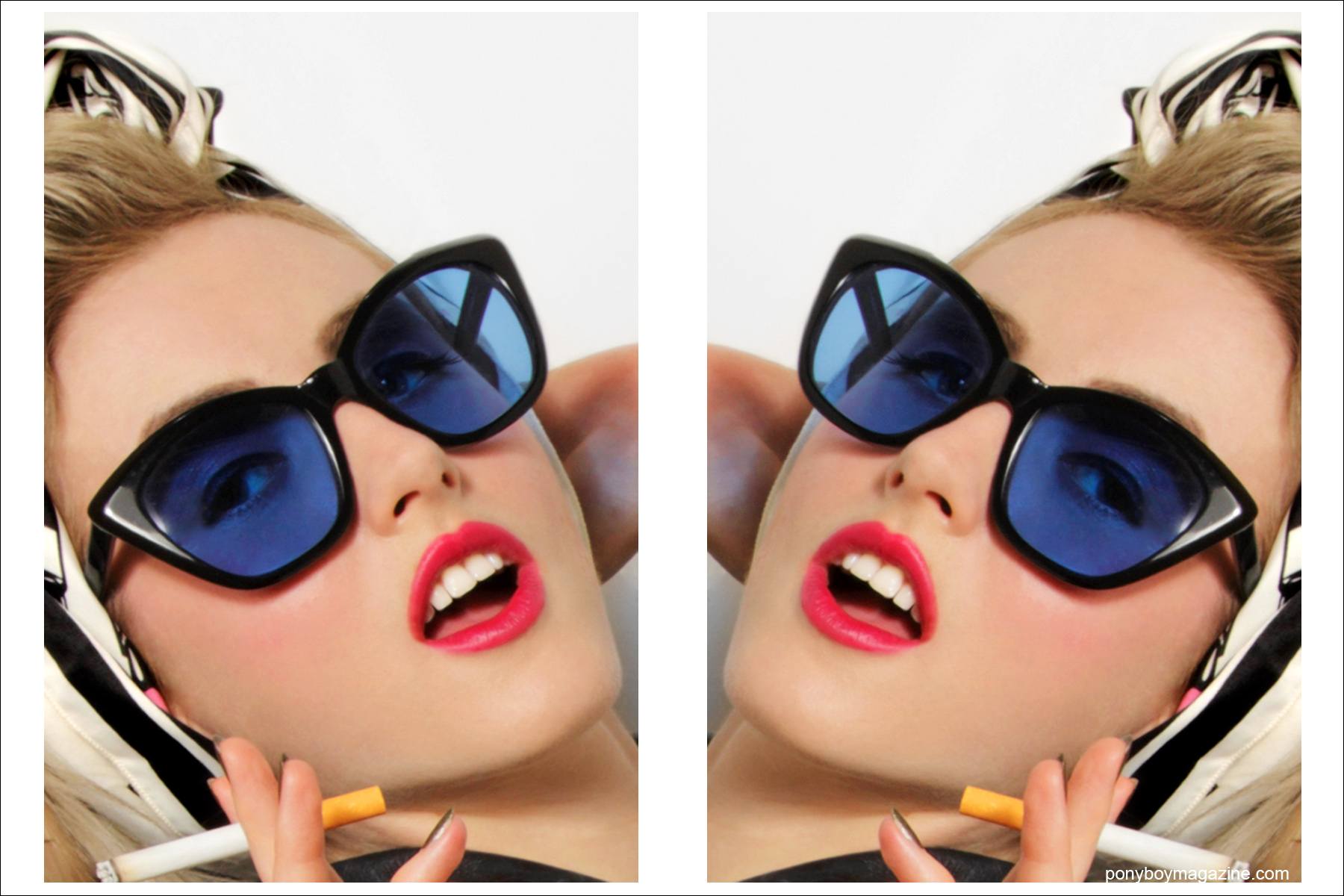 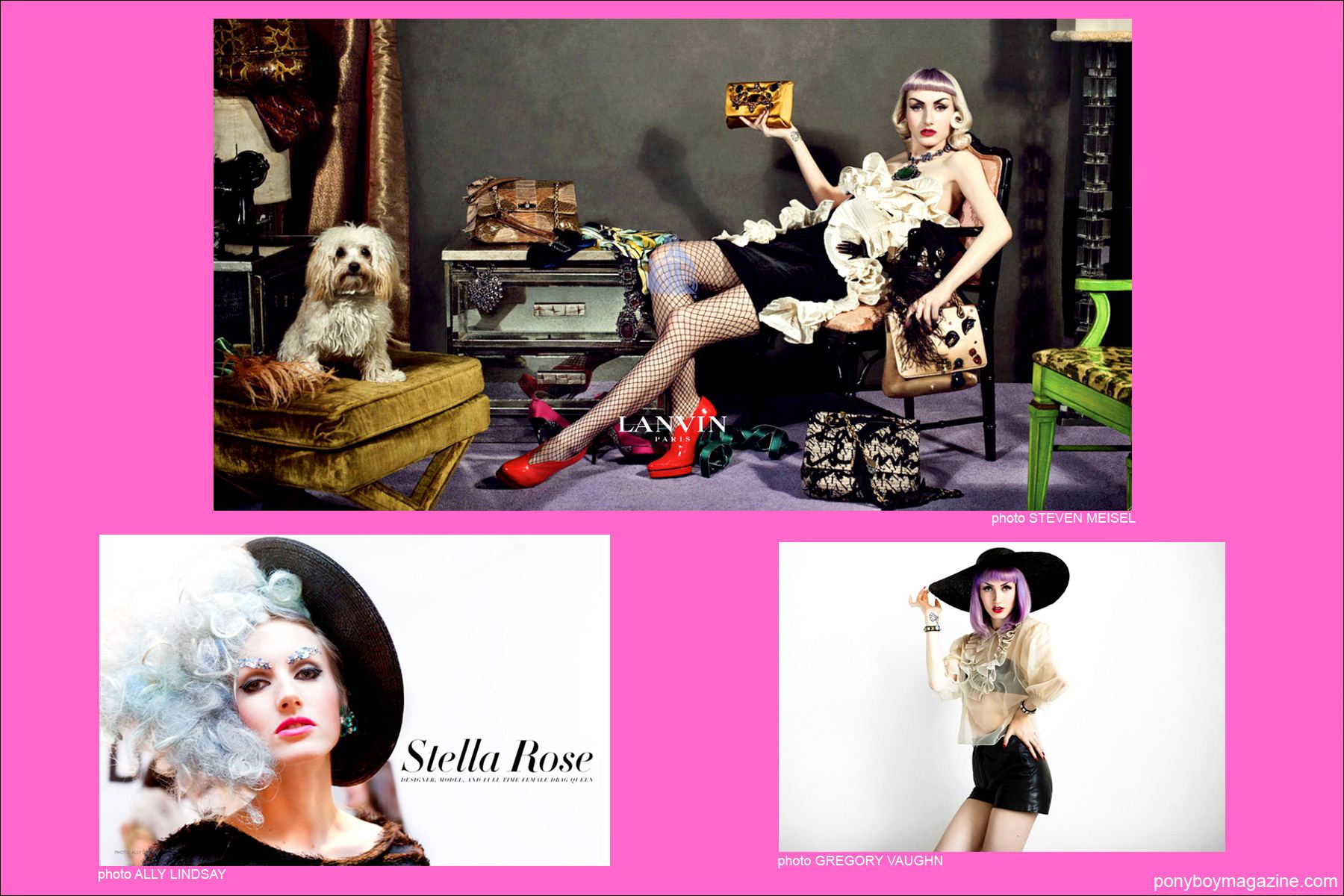 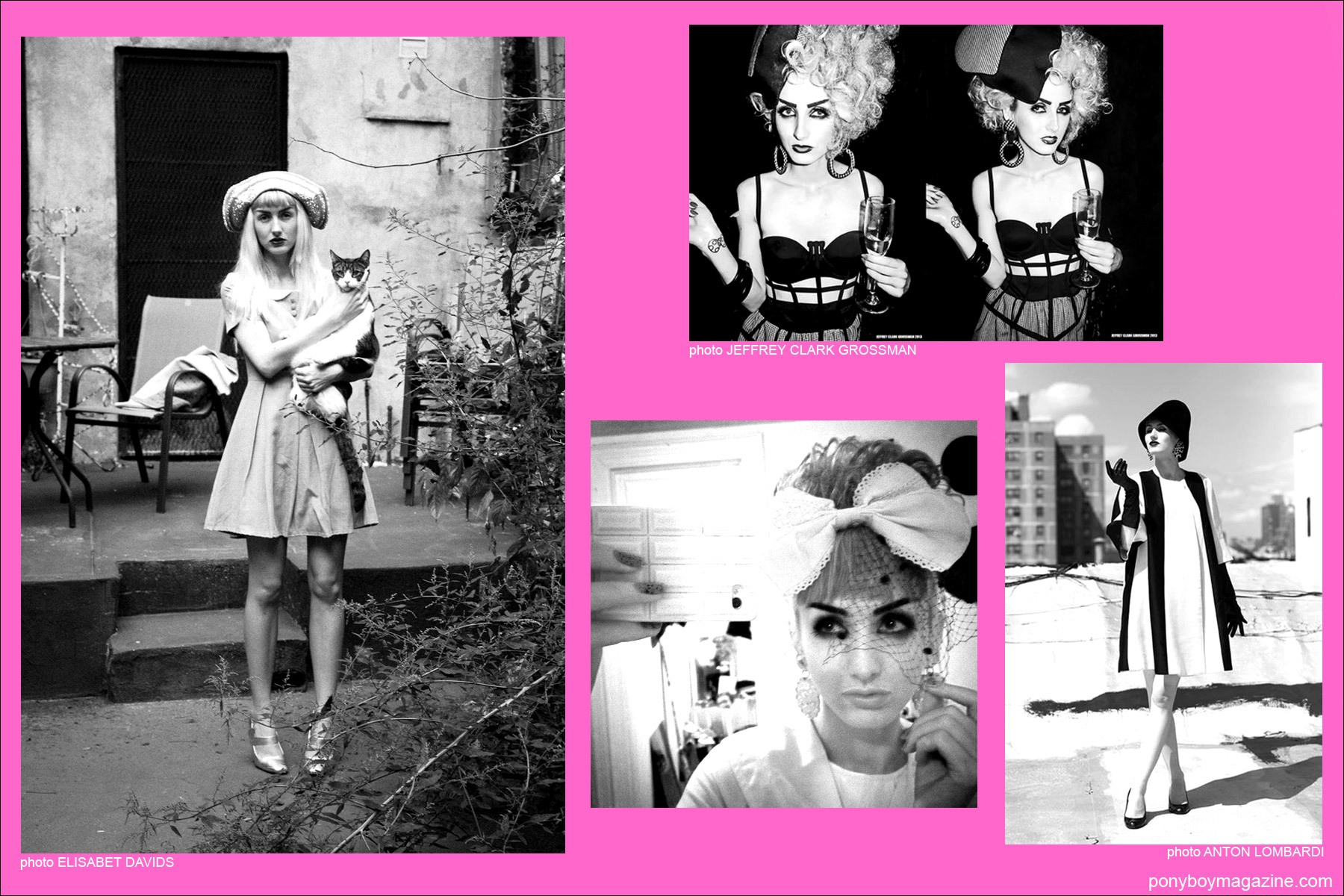 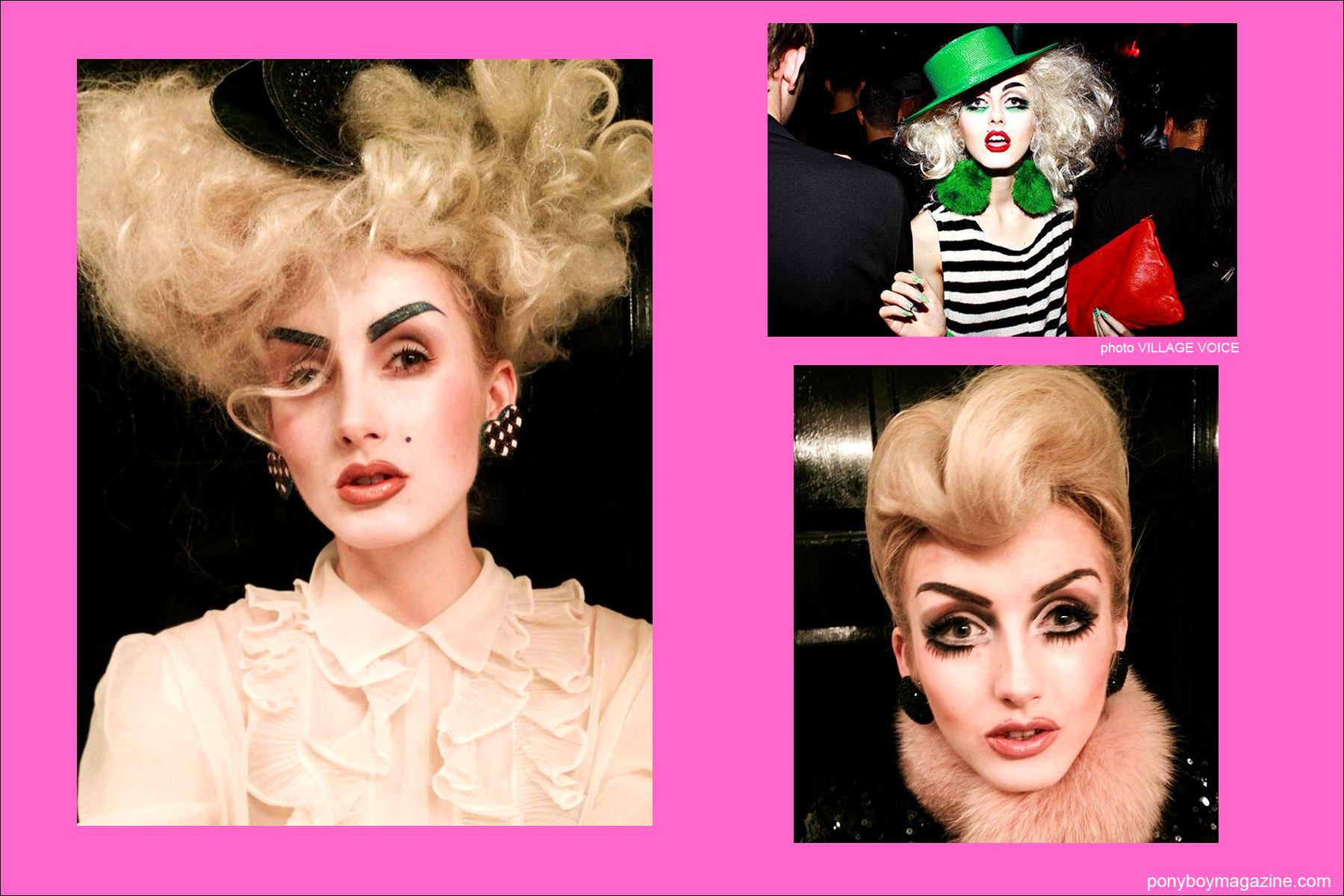 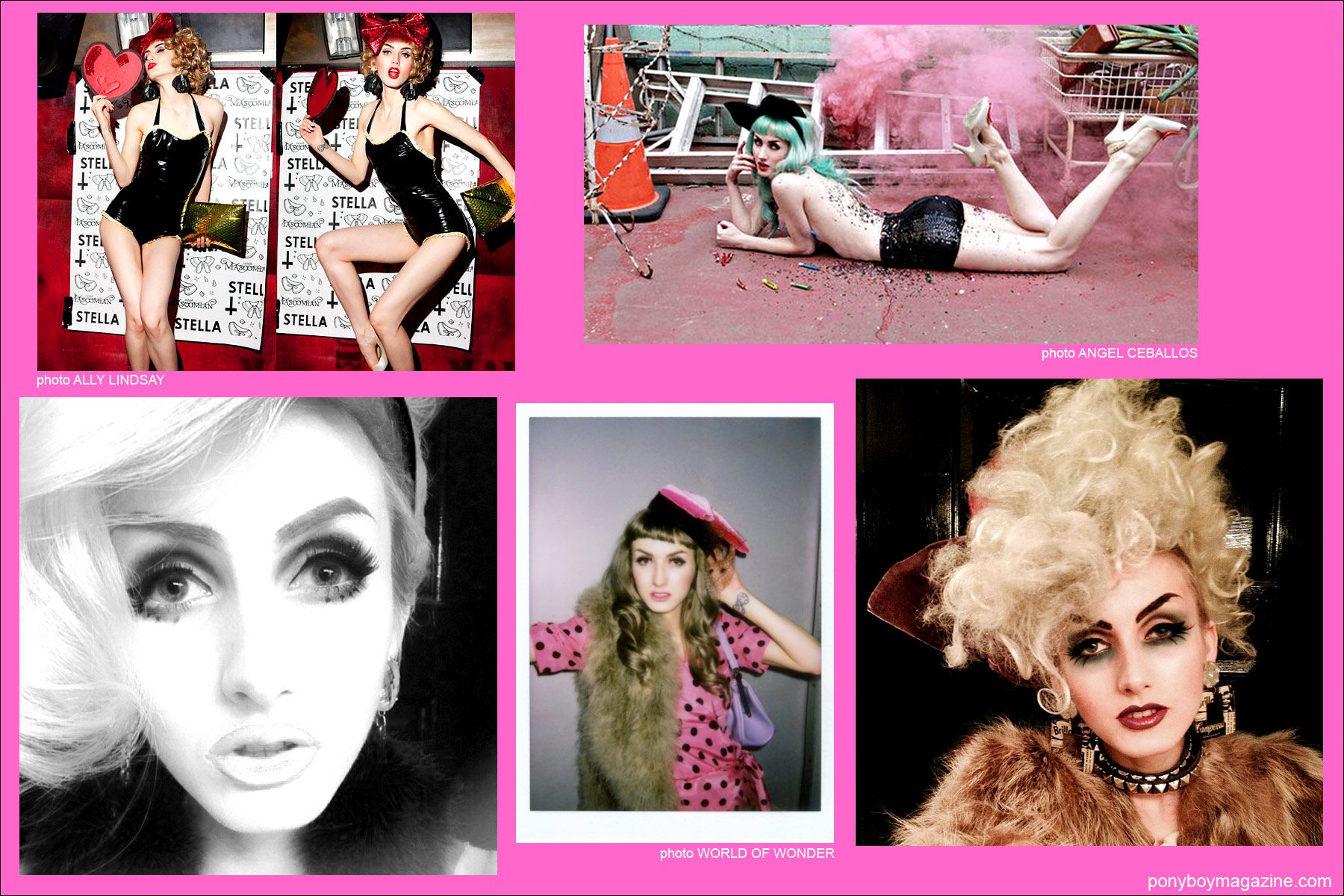 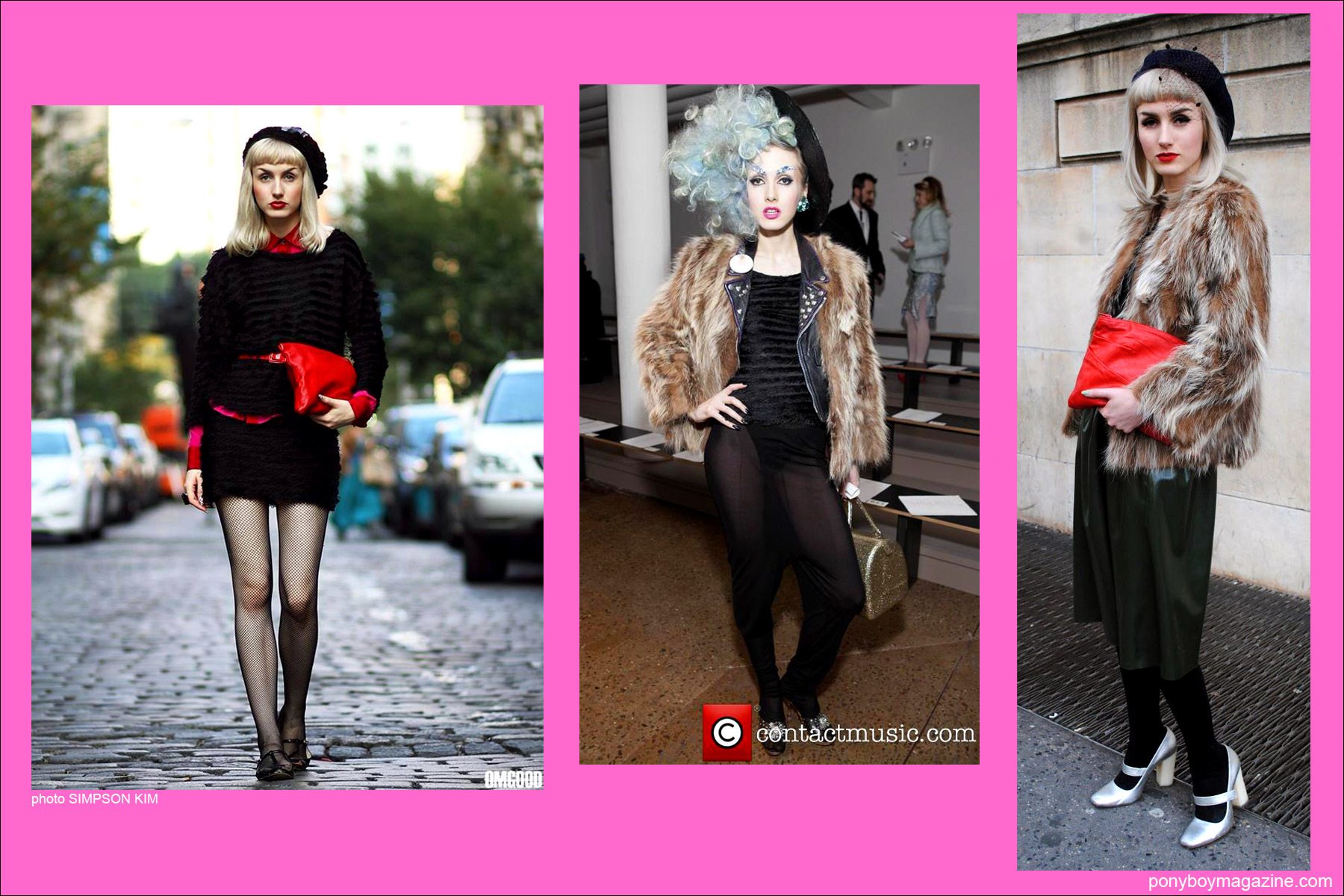 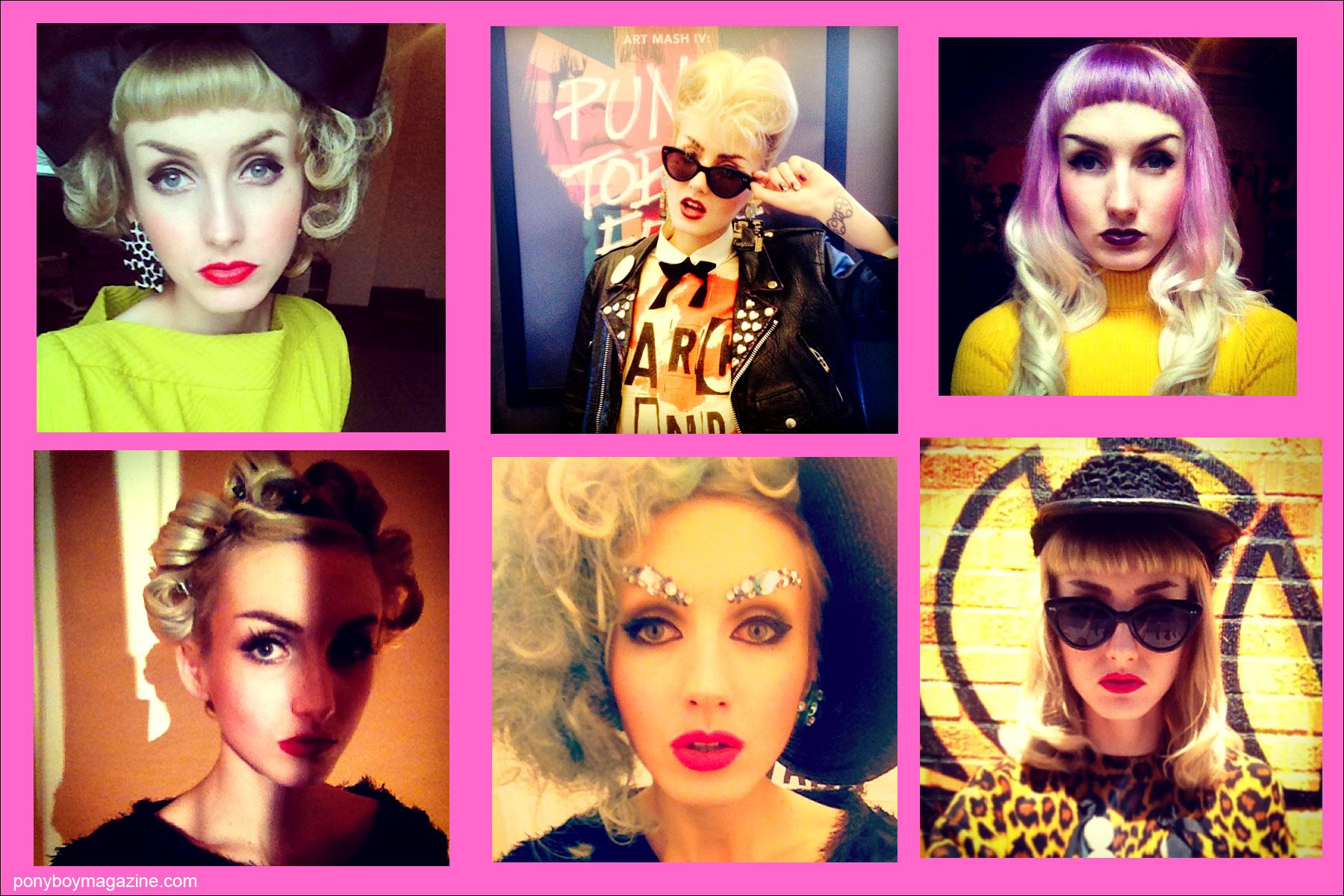 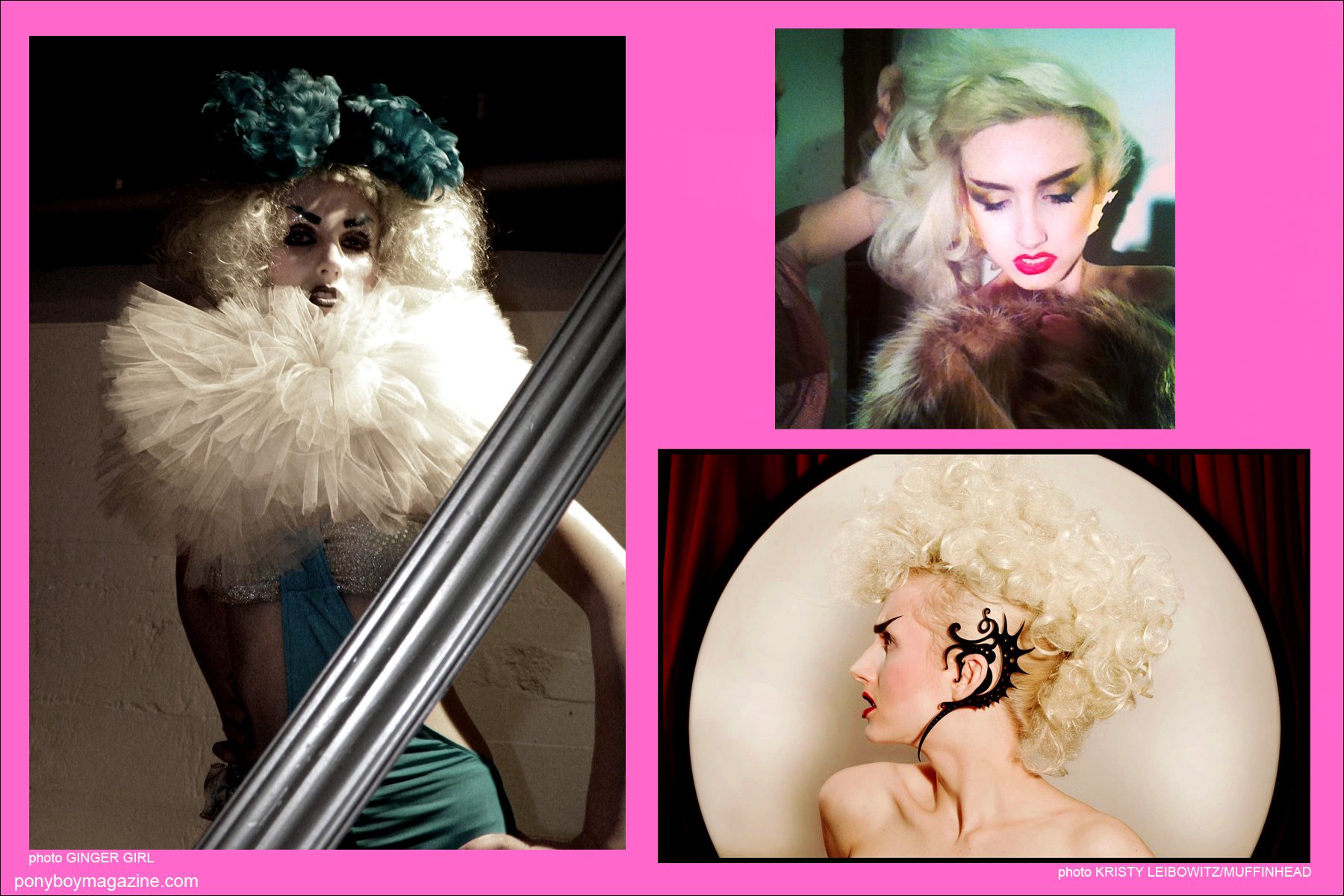 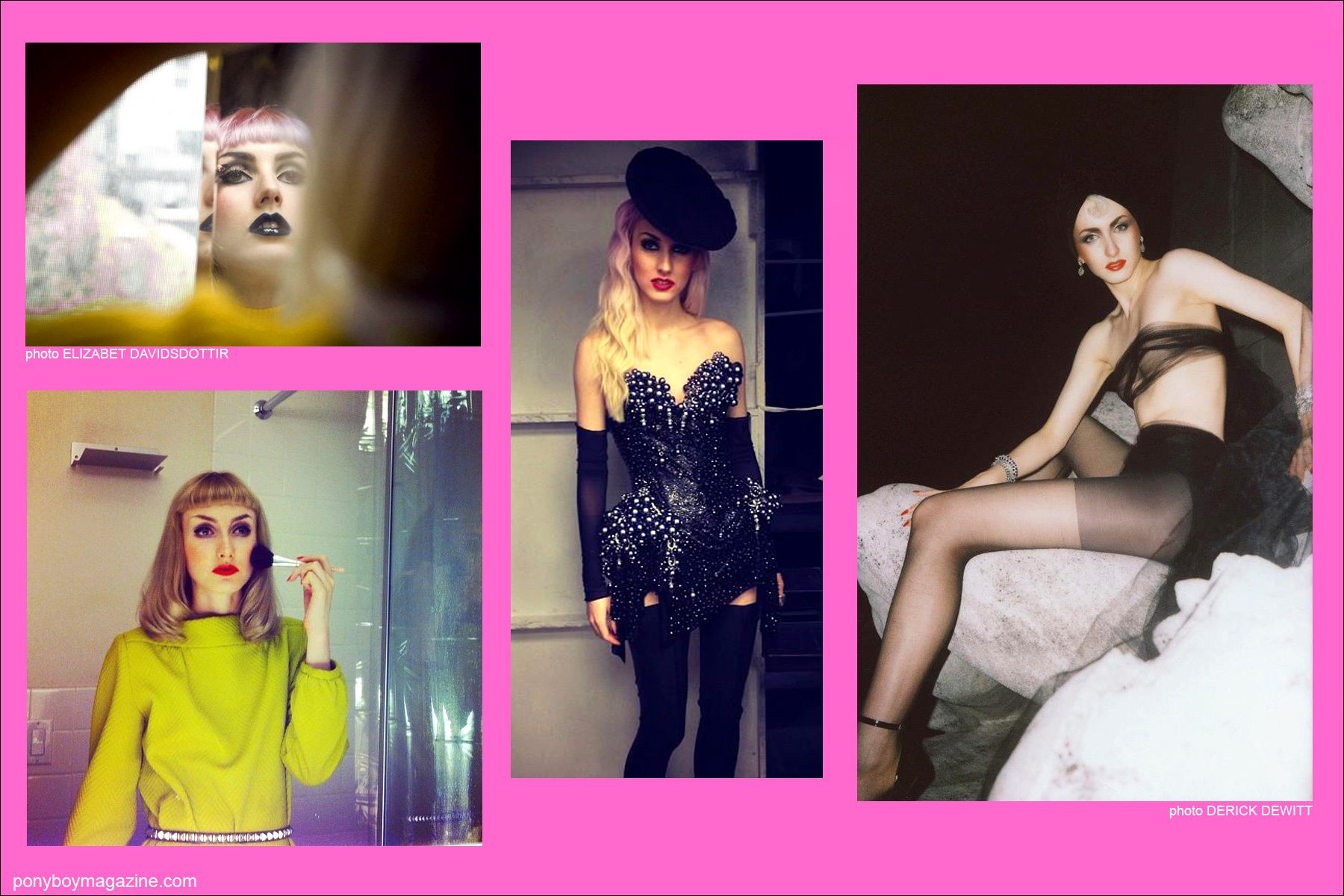 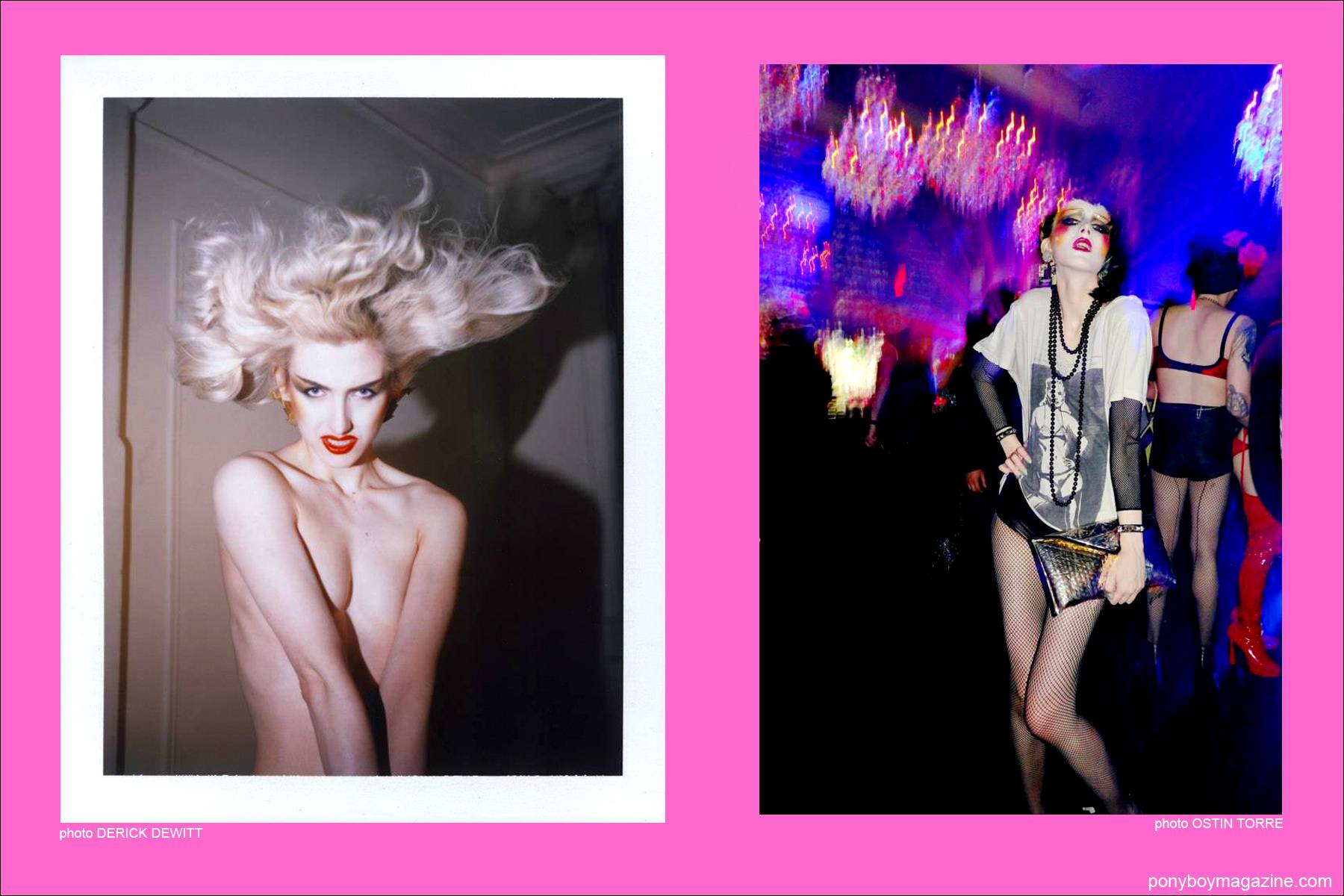 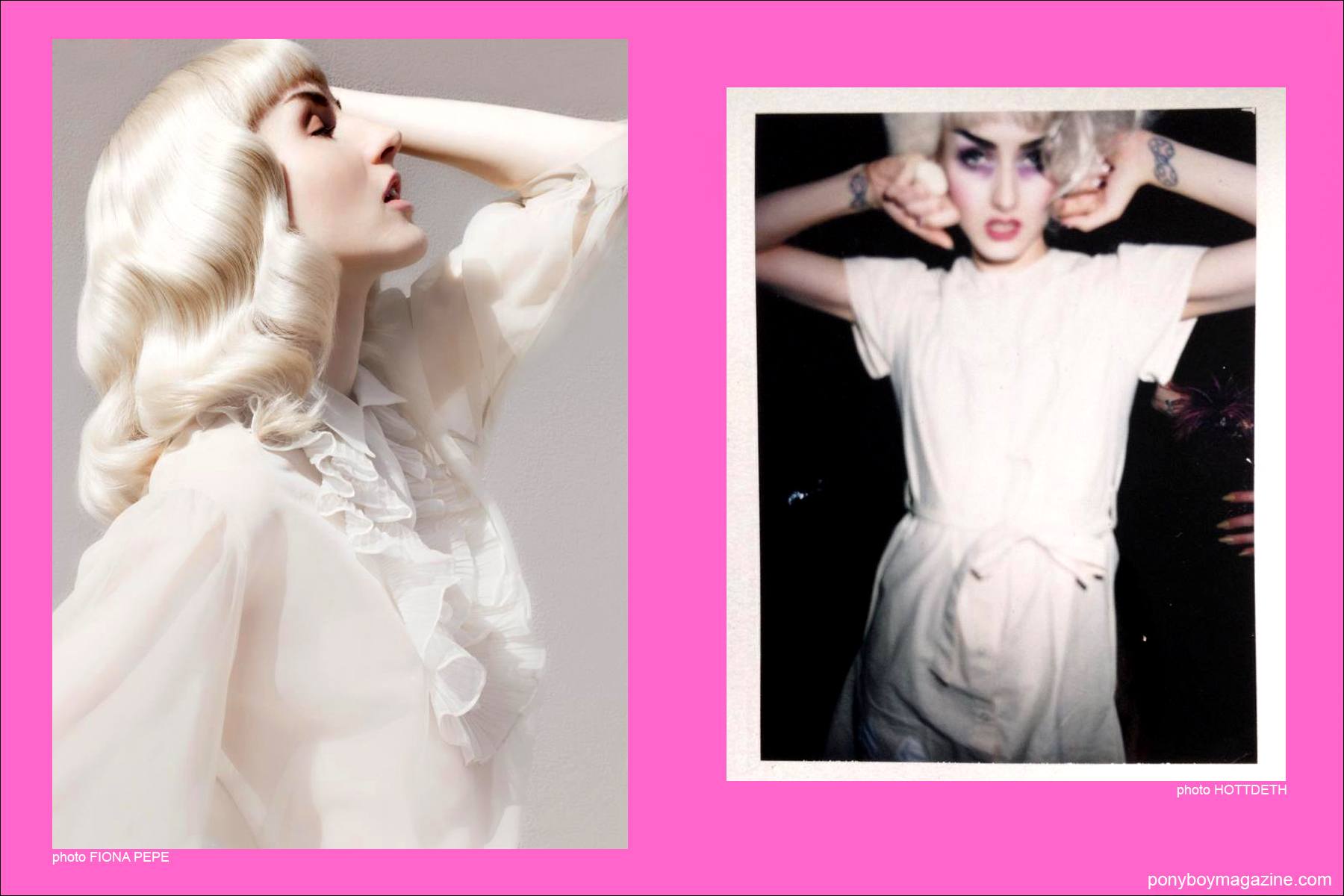 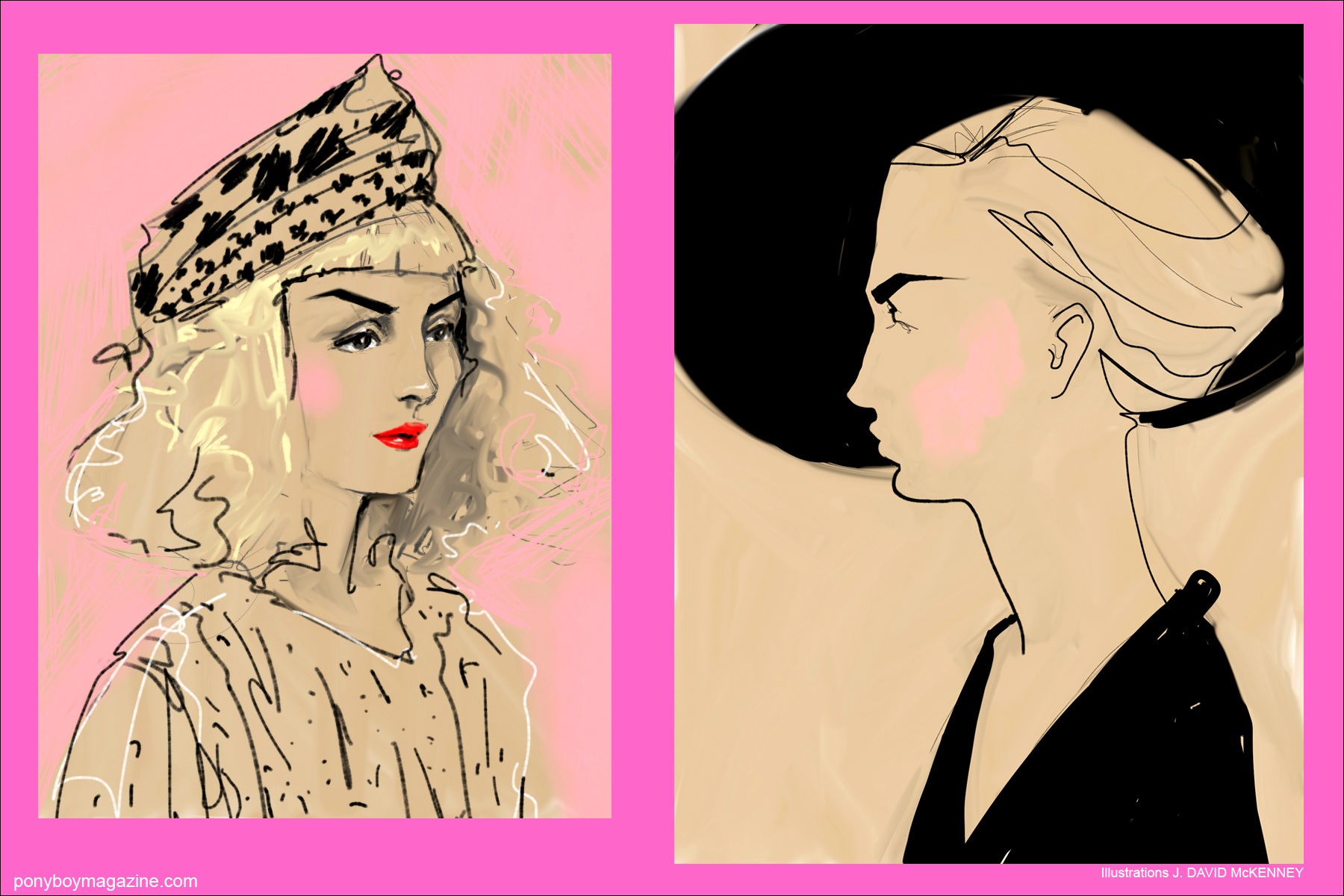 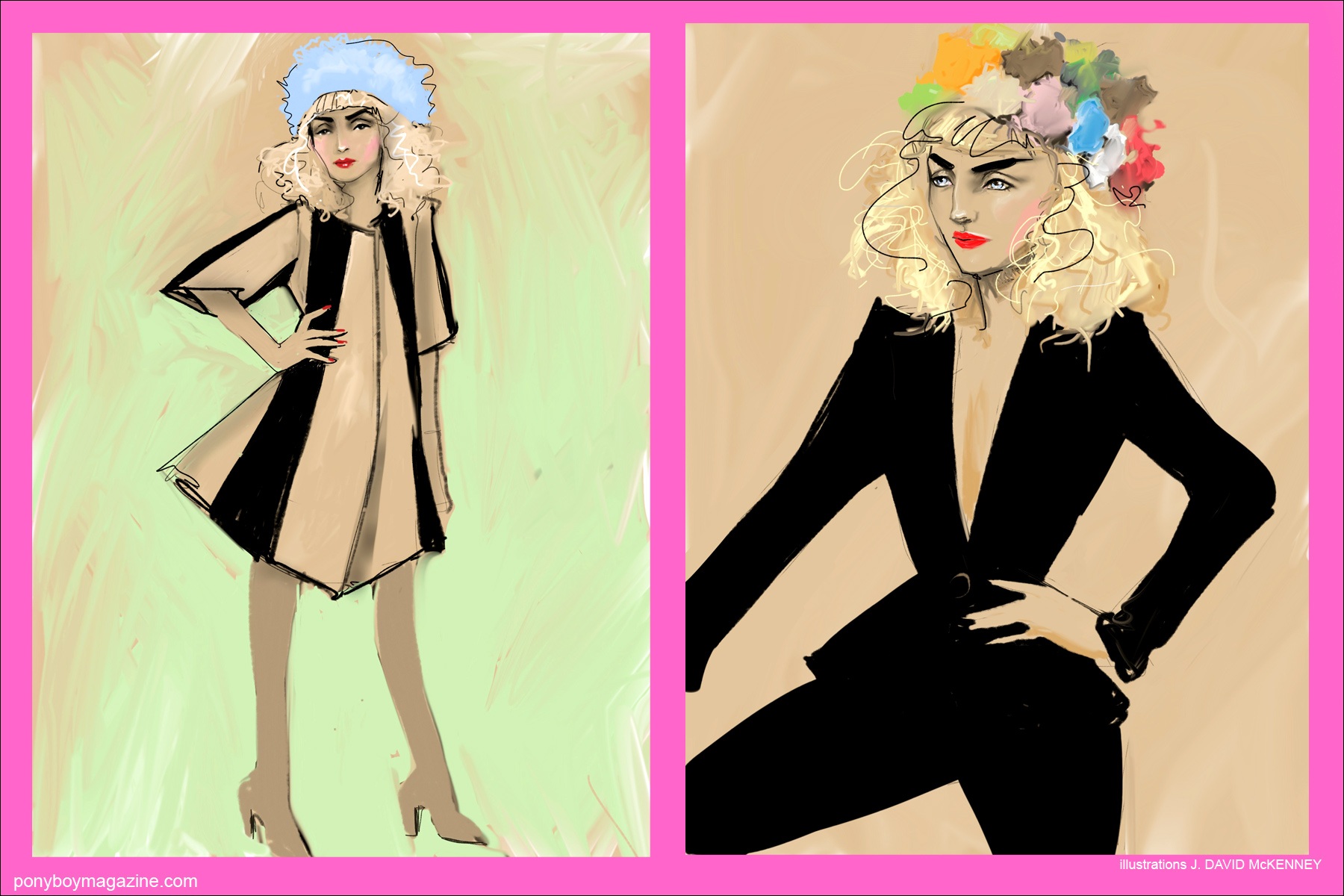 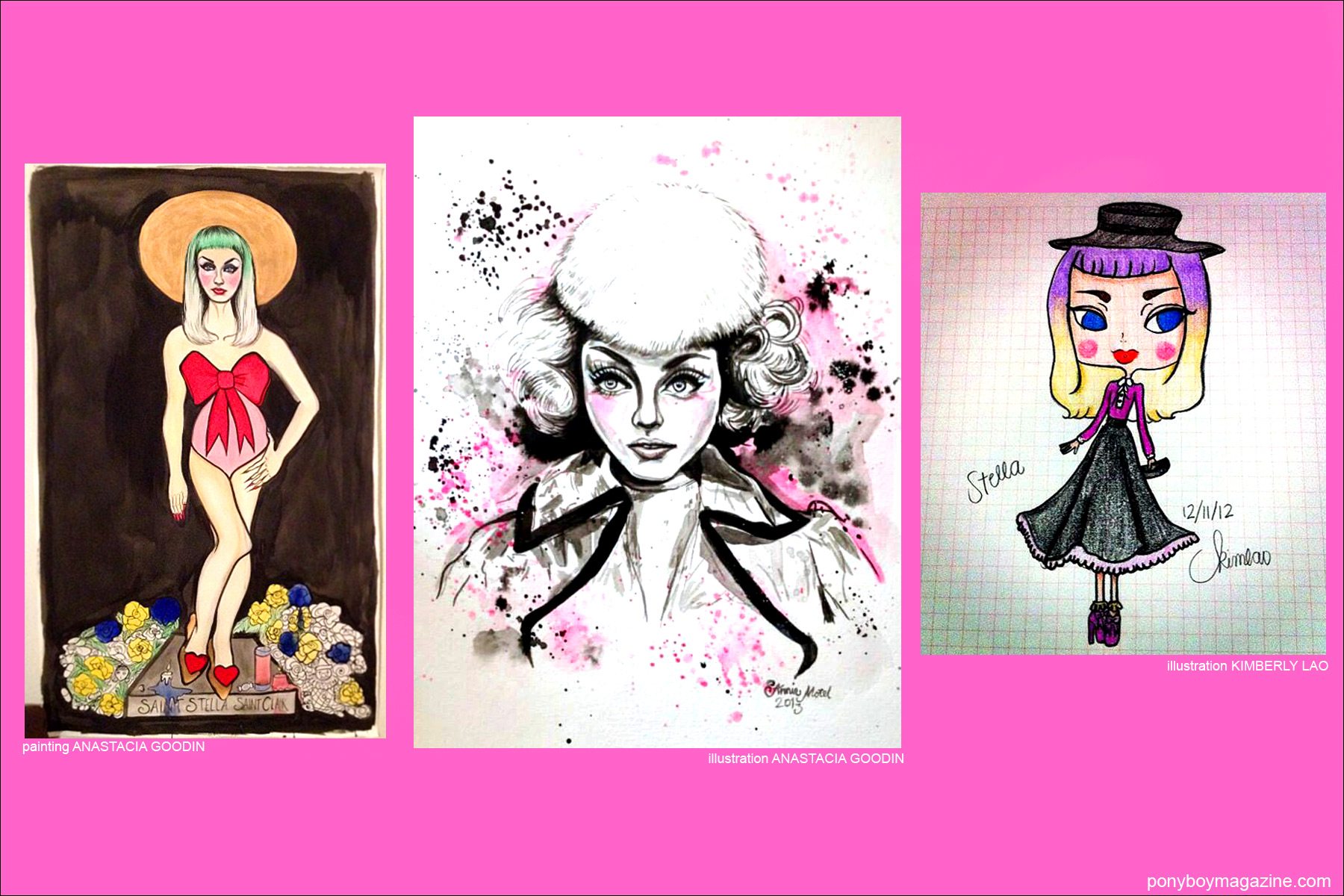 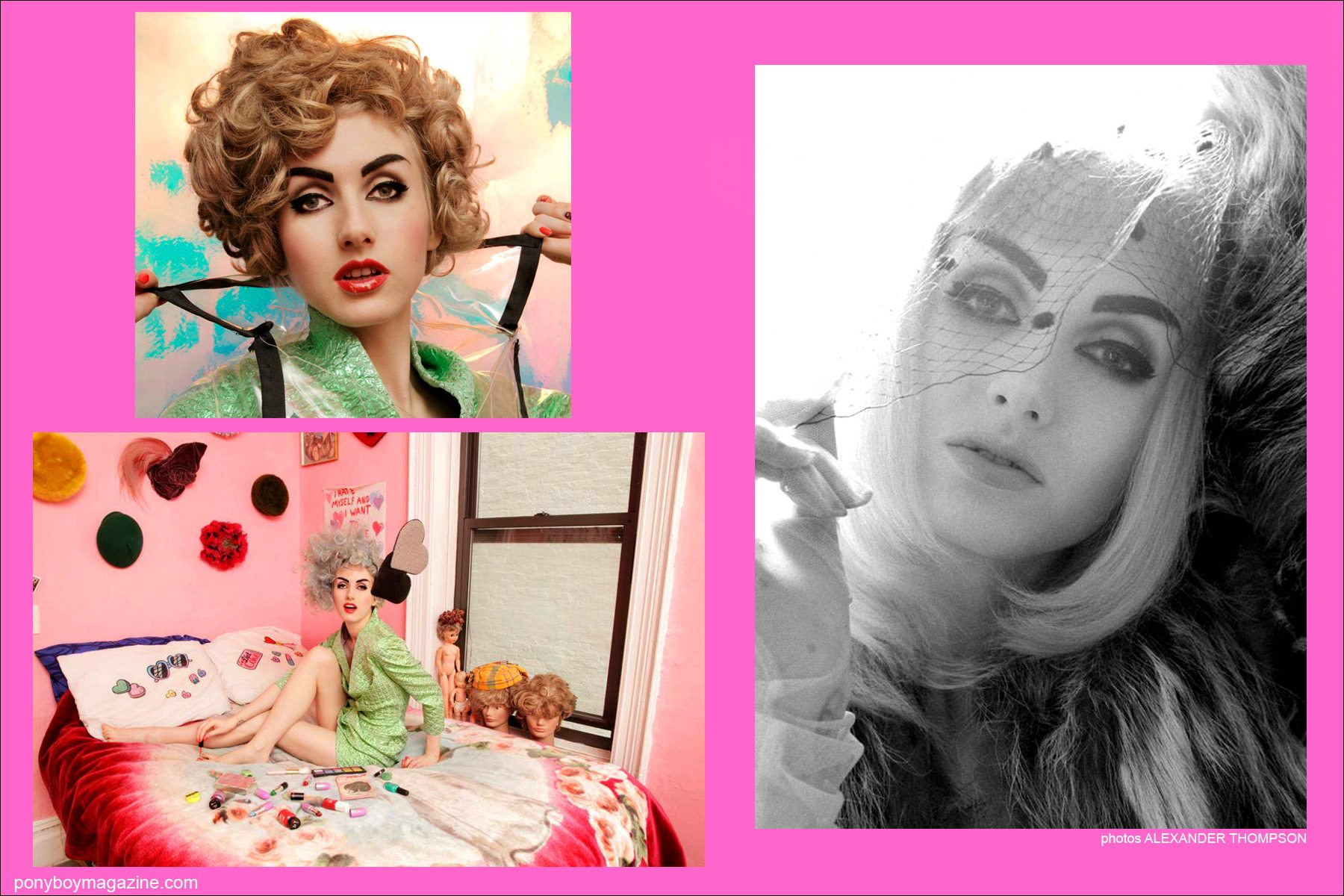 Blonde. Beautiful. Out every evening. Downtown. Uptown, but rarely mid-town. Everyone’s favorite New York City club girl. And we love featuring Stella in our women’s editorials. We caught up with the talented darling between photo shoots, nightclub events, blogging and designing to ask her a few questions about her background, and what we can expect for her bright future. Assorted photos courtesy of Stella Rose Saint Clair.

PONYBOY:  Please tell us where you originally hail from?

PONYBOY:  What brought you back to NYC?

STELLA ROSE SAINT CLAIR:  An airplane! I came back for the fashion, culture, nightlife, and the seasons. We don’t have seasons in Seattle.

PONYBOY:  You’re known as a downtown girl, model, designer, blogger and performer. But what’s your favorite thing to do?

STELLA ROSE SAINT CLAIR:  I like to do Bjork impressions when nobody’s around, hug my cat, make vegan desserts and art.

PONYBOY:  How did you get cast in the Lanvin campaign photographed by the great Steven Meisel?

STELLA ROSE SAINT CLAIR:  I was discovered in a Lower East Side cafe. I met with Meisel at his studio and he cast me personally!

PONYBOY:  Do people ever recognize you from that campaign?

STELLA ROSE SAINT CLAIR:  It’s happened a few times but I change my appearance so much that it’s not often that people spot me right away. If I dye my bangs purple again, I’m sure I’ll get recognized.

PONYBOY:  As far as design is concerned, is it clothing that you design? Accessories?

STELLA ROSE SAINT CLAIR:  Mostly accessories at the moment. I’m focused on hats and other small goodies. I’m hoping to move into clothing soon. I have about a million ideas!

PONYBOY:  You recently launched a music/performance act called “Teen Pussy.” Please tell us more about that?

PONYBOY:  Ha! Okay. What aspirations do you have besides the many hats that you already wear?

STELLA ROSE SAINT CLAIR:  I’d like to travel for work. I traveled all over as a child but I’d like a good reason to visit overseas again, namely Paris and Tokyo. Right now most of my aspirations just have to do with my own brand and blog. I also aspire to have a bigger closet.

PONYBOY:  If you could be doing anything right now, what would that be?

STELLA ROSE SAINT CLAIR:  Peeing. But I can’t because the bathroom is occupied.

PONYBOY:  What can we expect to see from you in the near future?