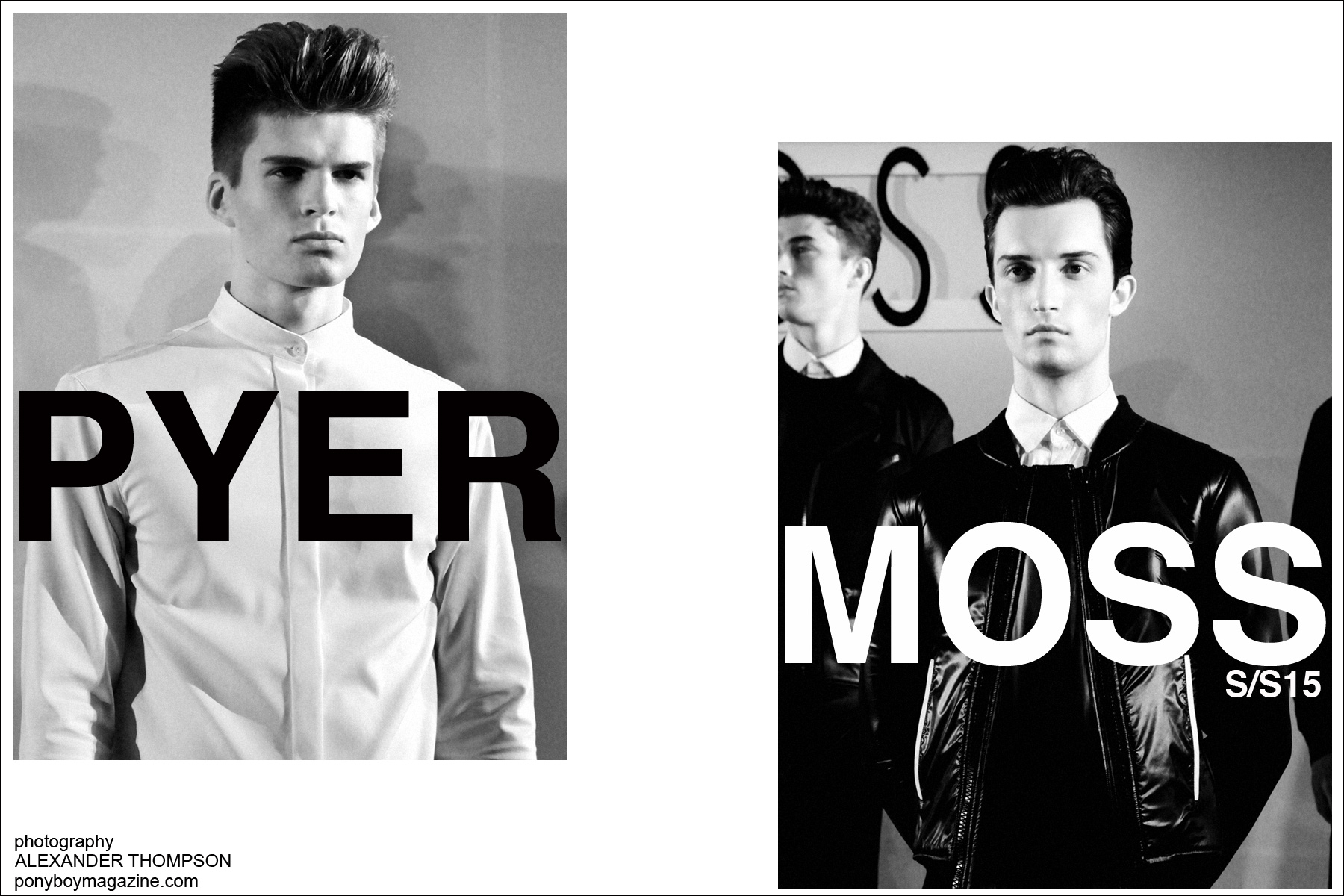 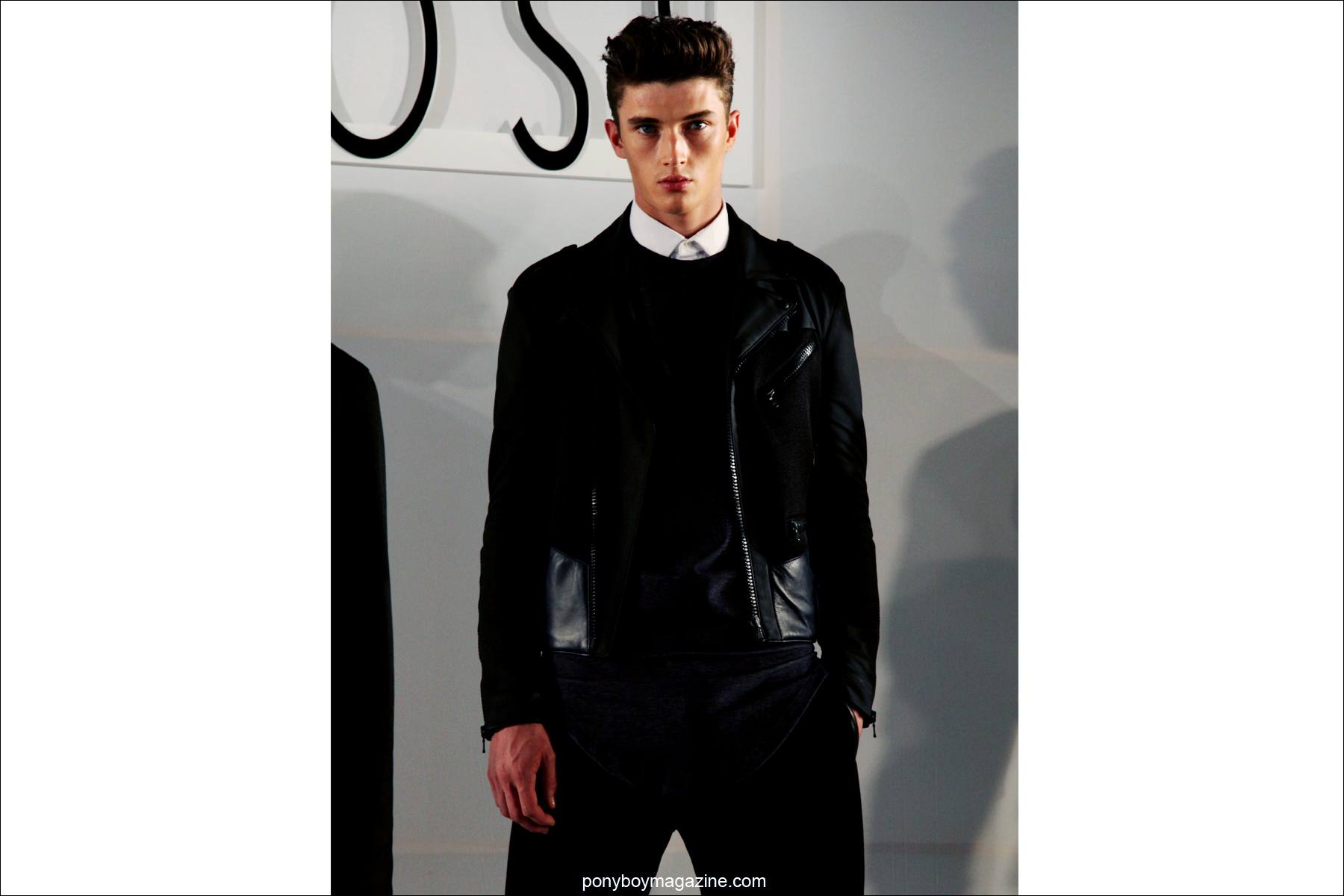 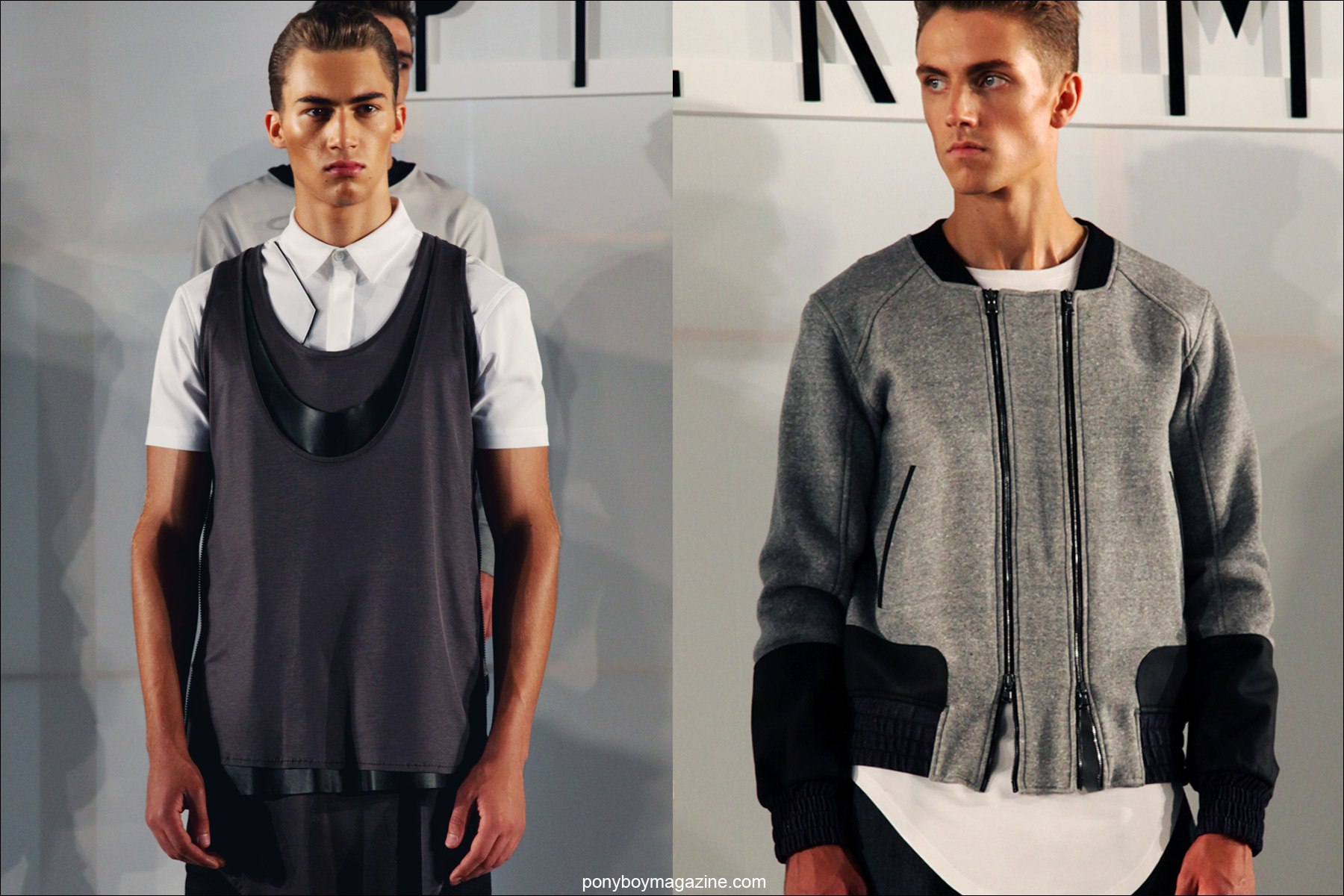 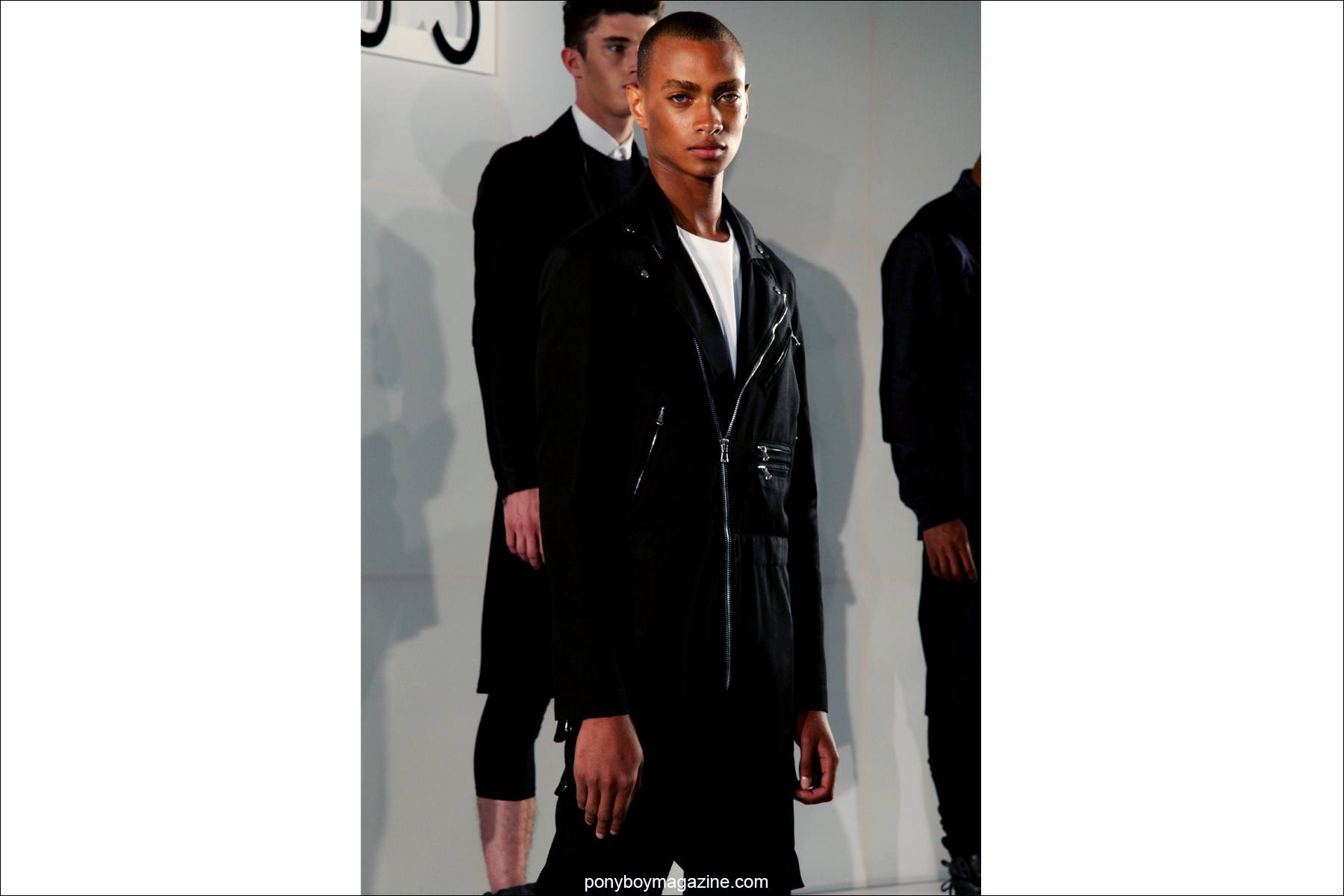 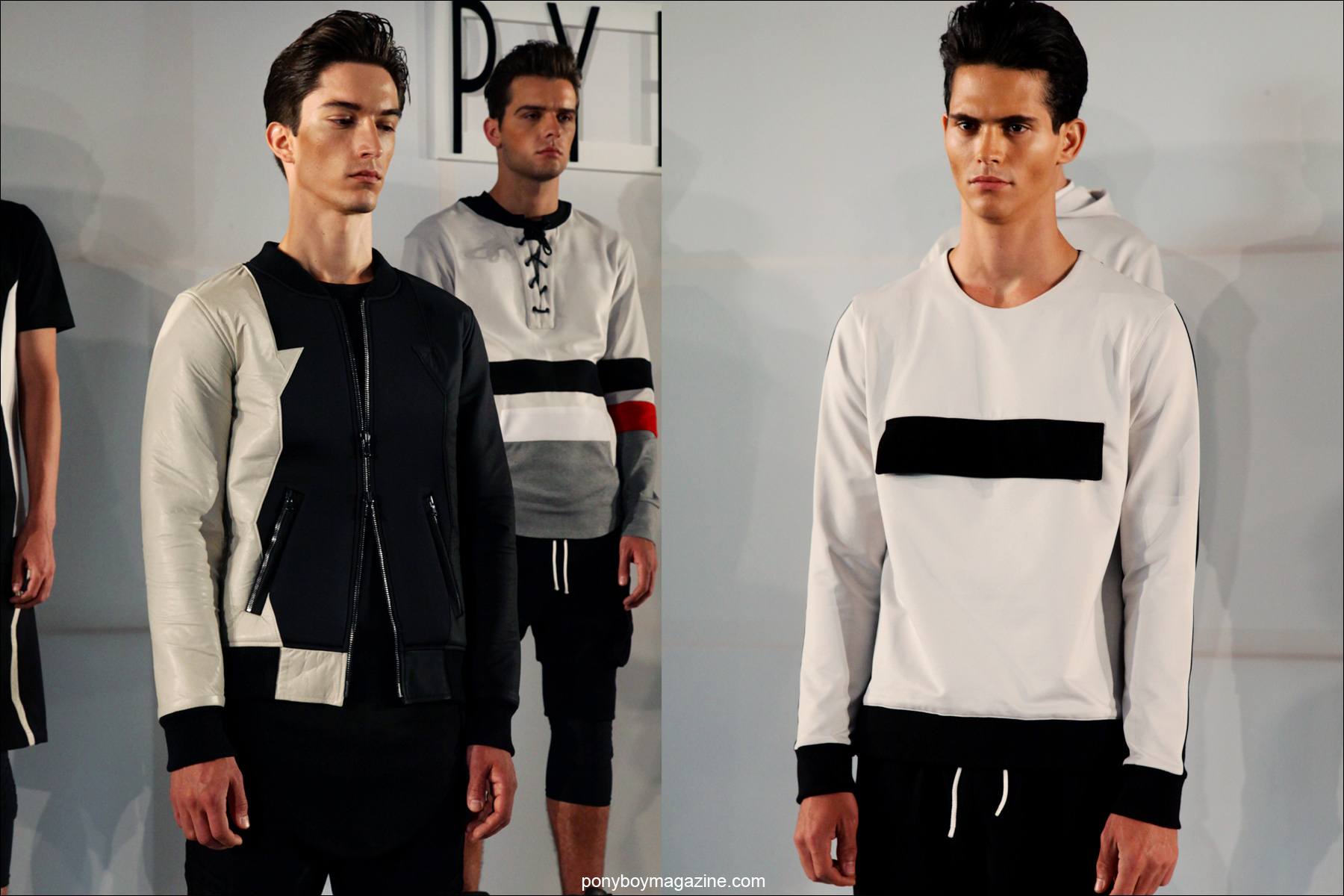 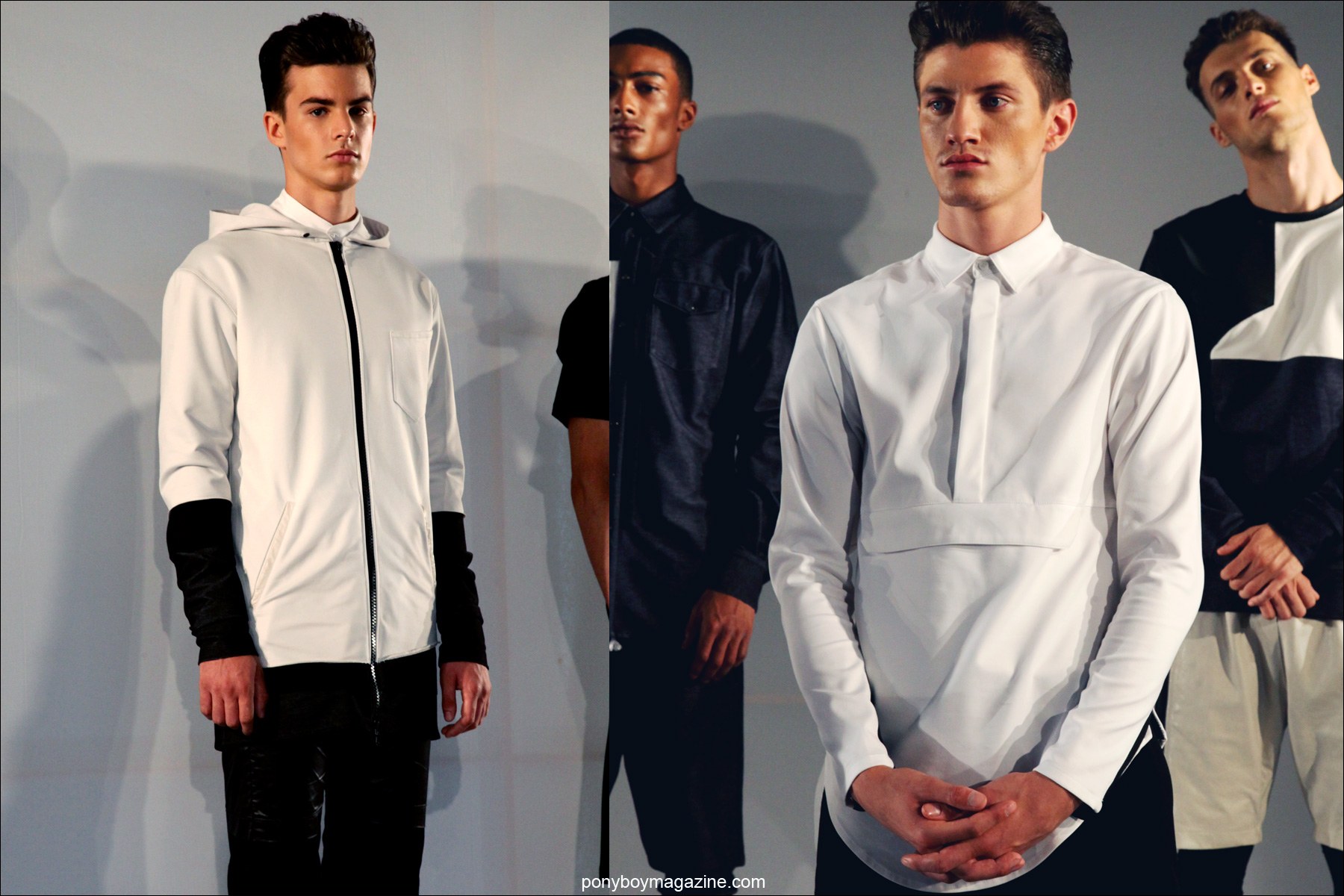 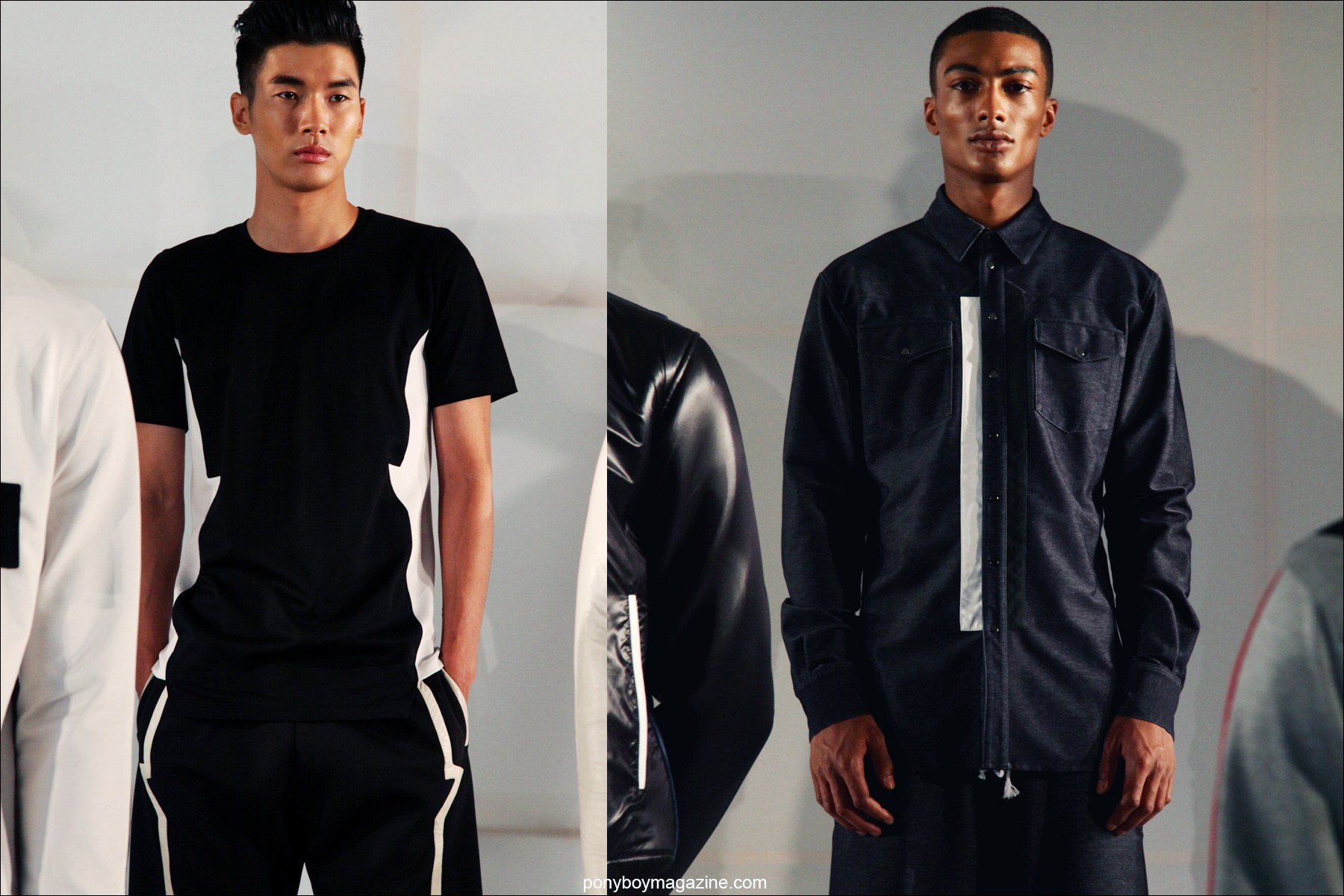 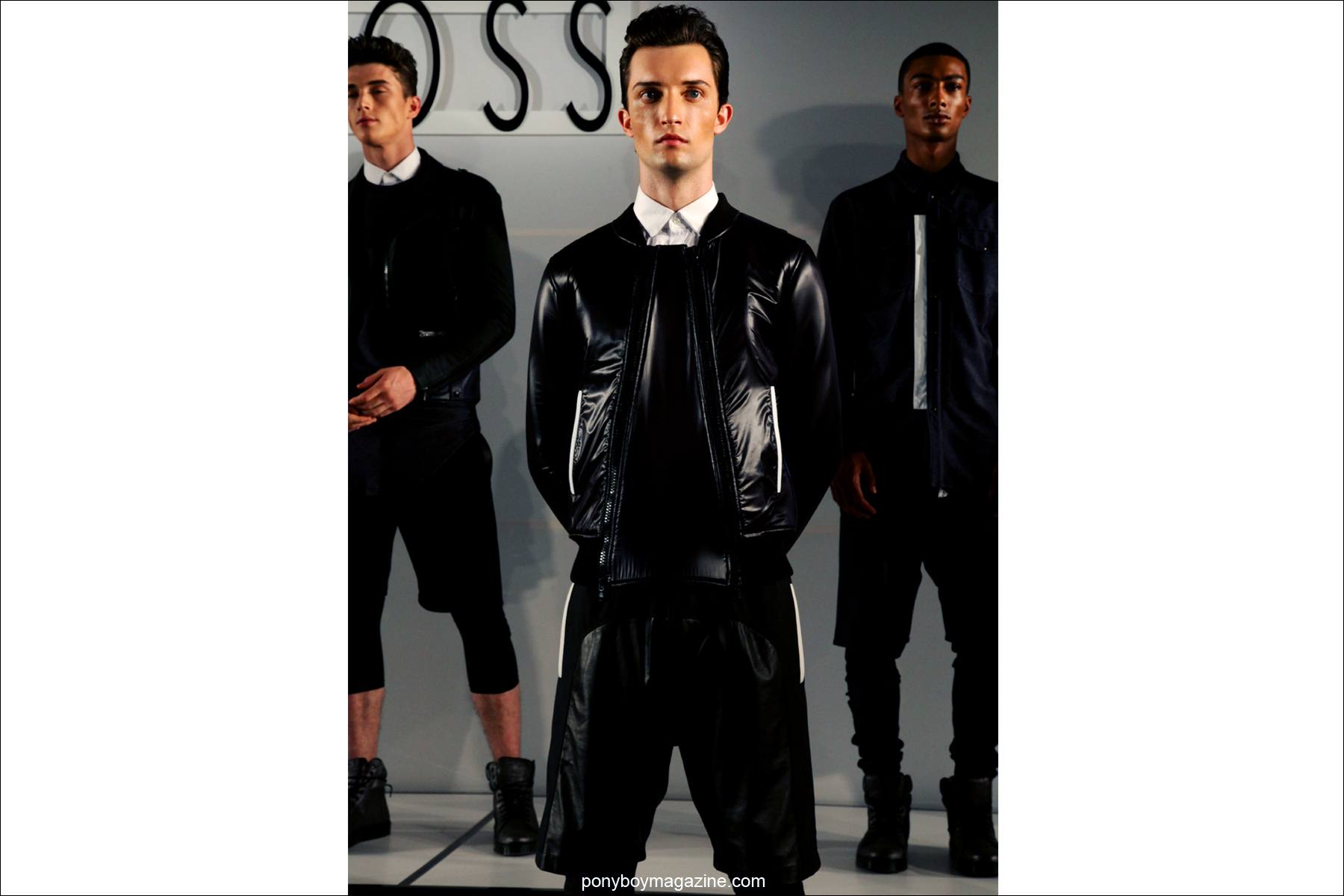 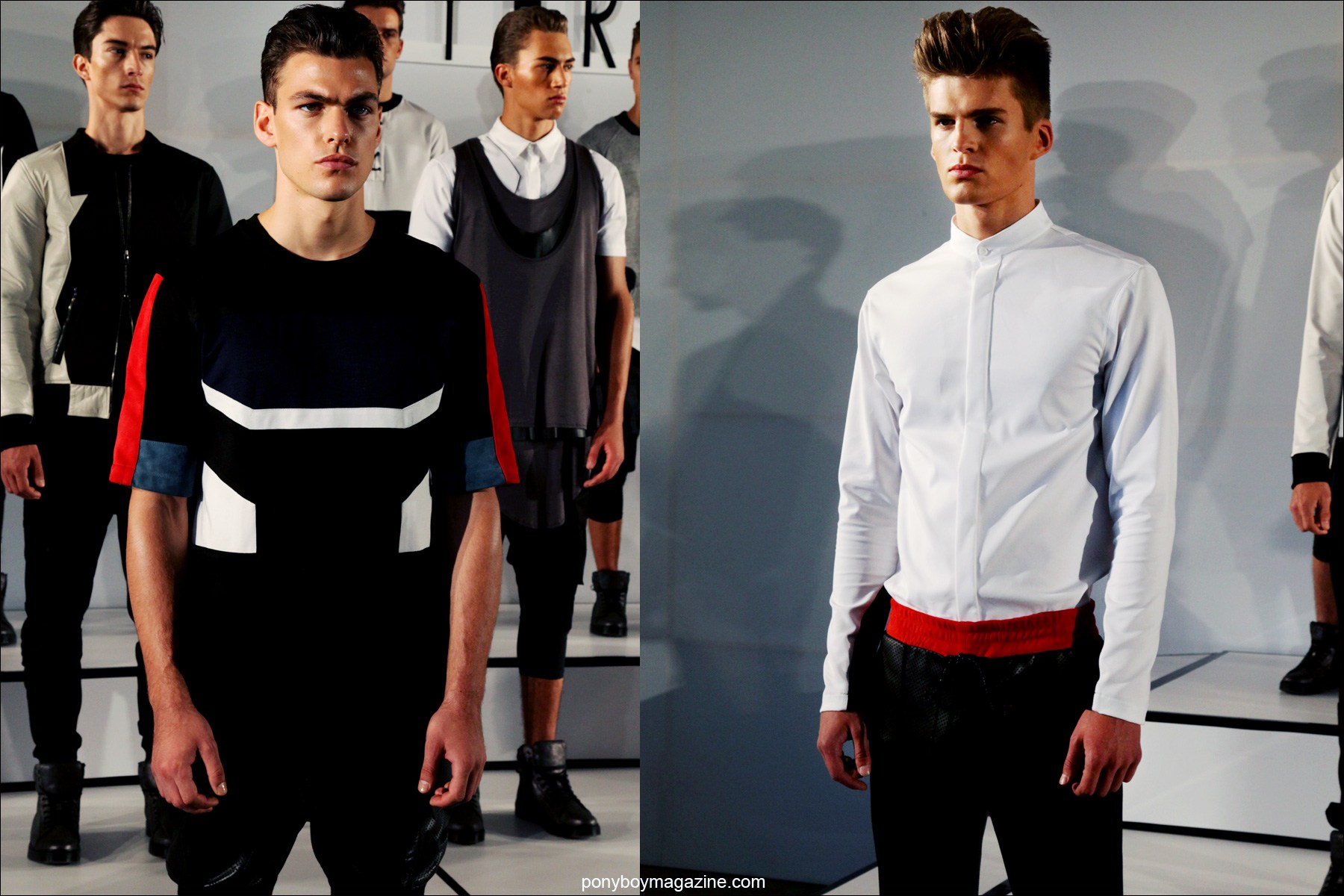 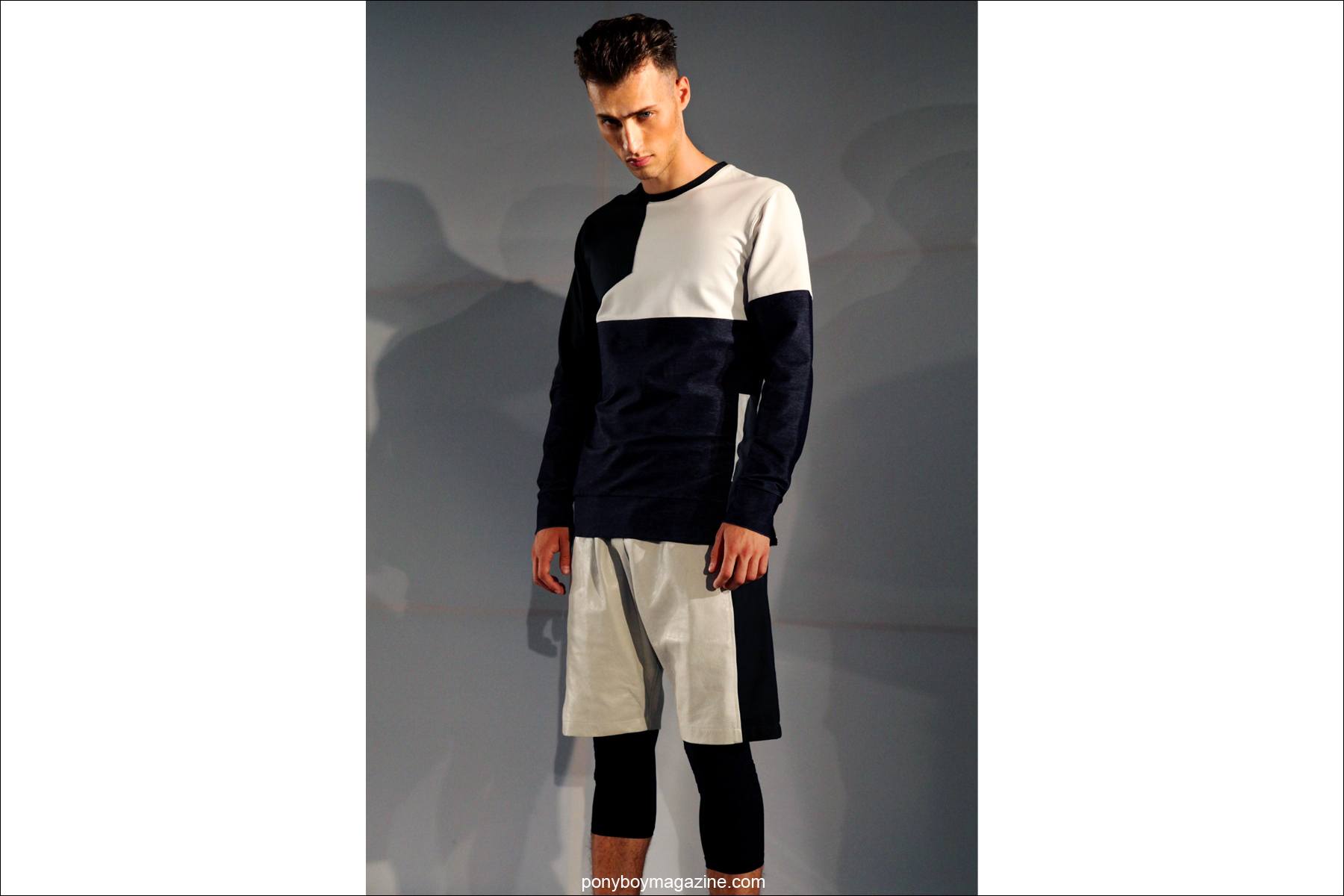 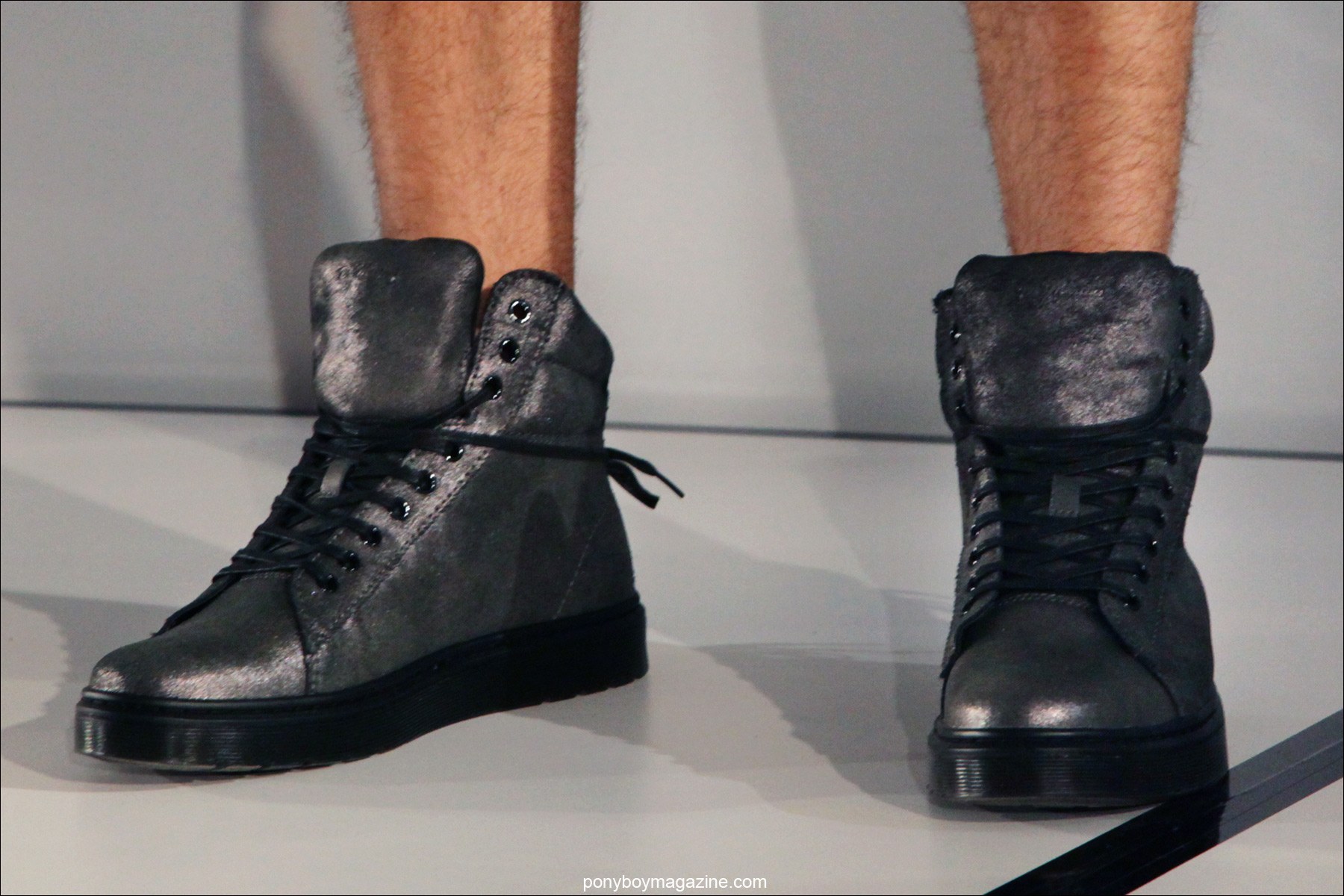 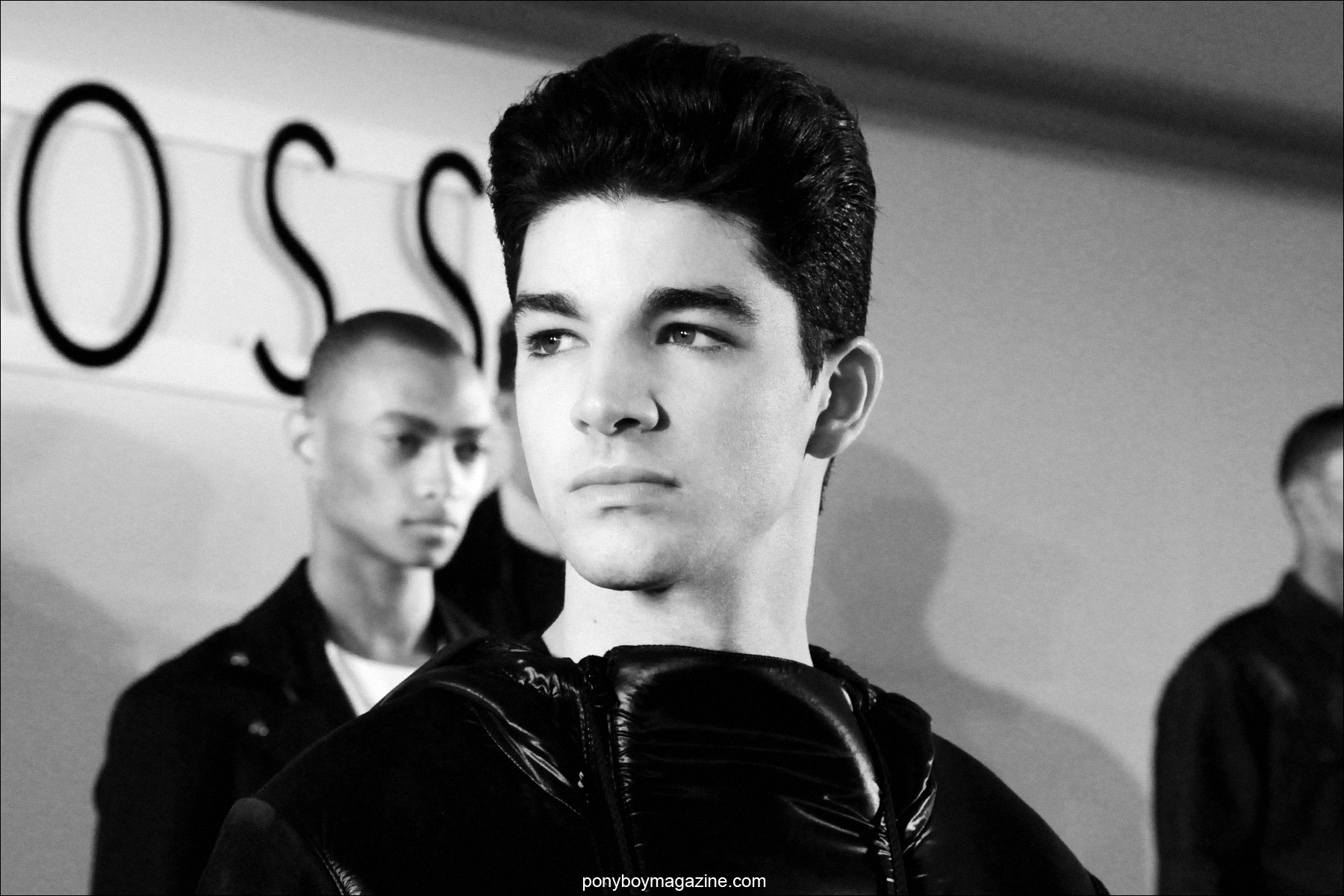 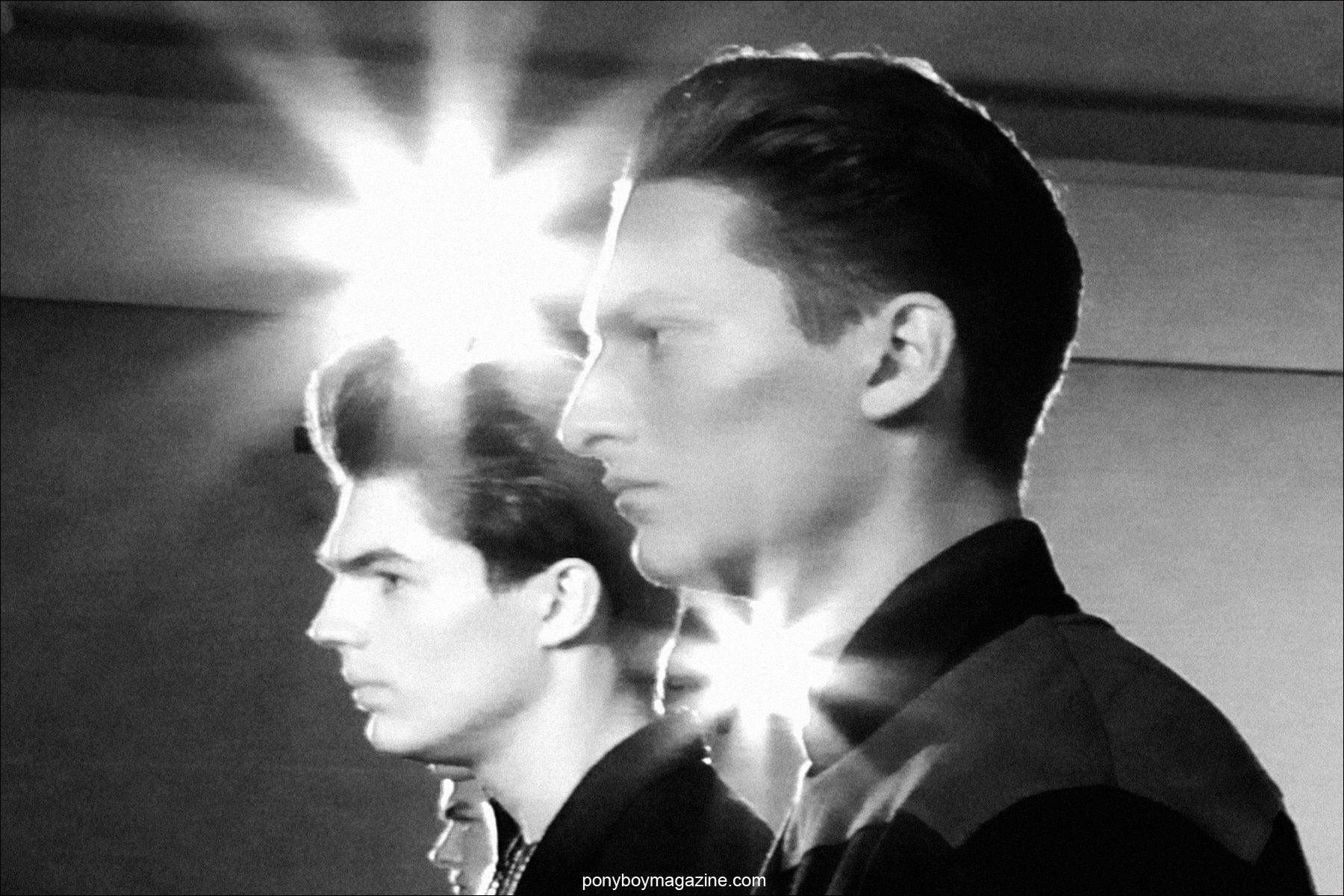 Menswear designer Kerby Jean-Raymond was clearly inspired by 90’s futuristic, sci-fi films when he designed his Pyer Moss Spring/Summer 2015 menswear collection, which was shown at Milk Studios in Manhattan. Movies such as Terminator ll and Total Recall were among his favorites. The luxury sportswear line included modern silhouettes, geometrics, black & white color-blocking with a touch of red, the use of high tech fabrics and lots and lots of layering for effect. This is contemporary men’s sportswear at it’s best. Photography Alexander Thompson.