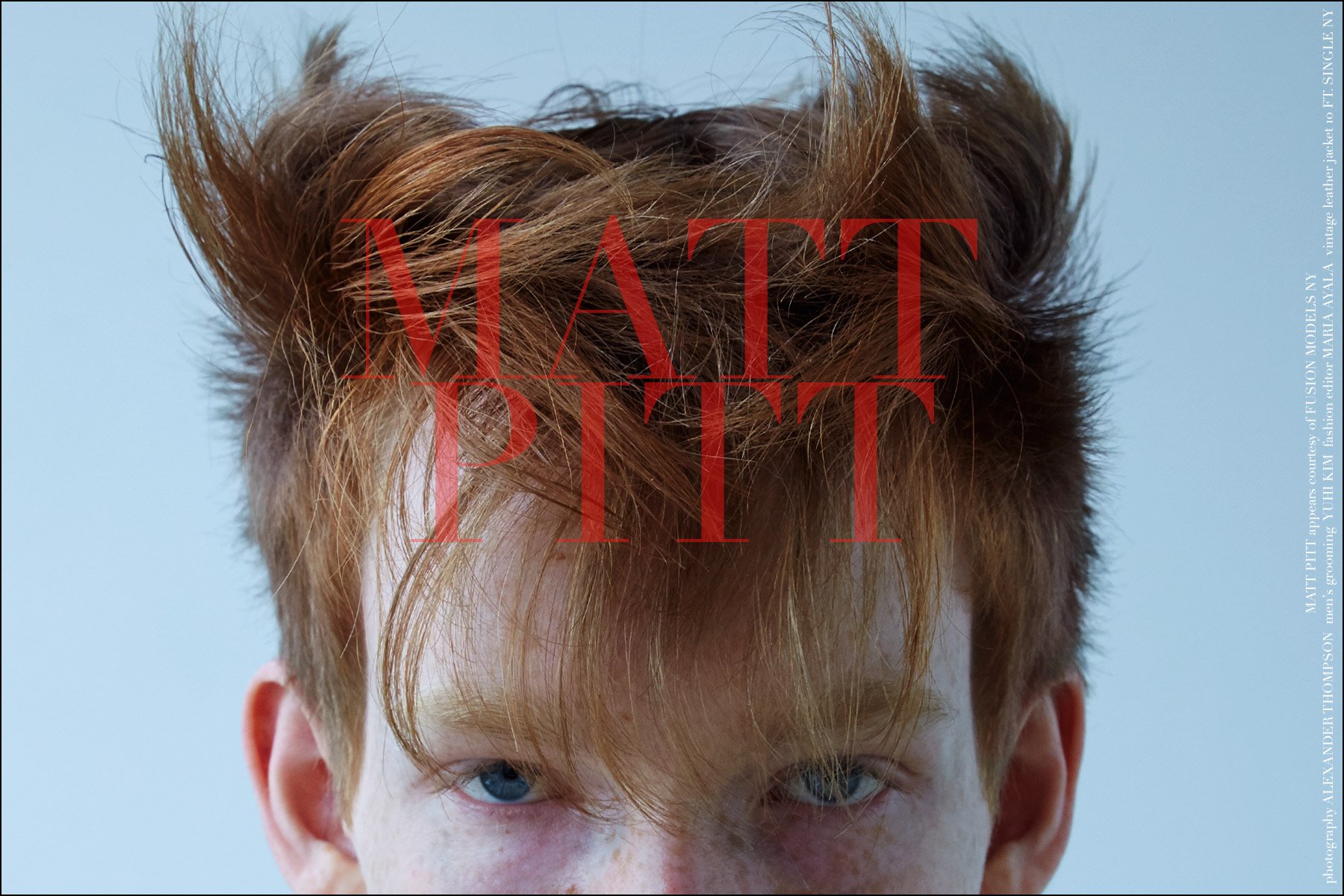 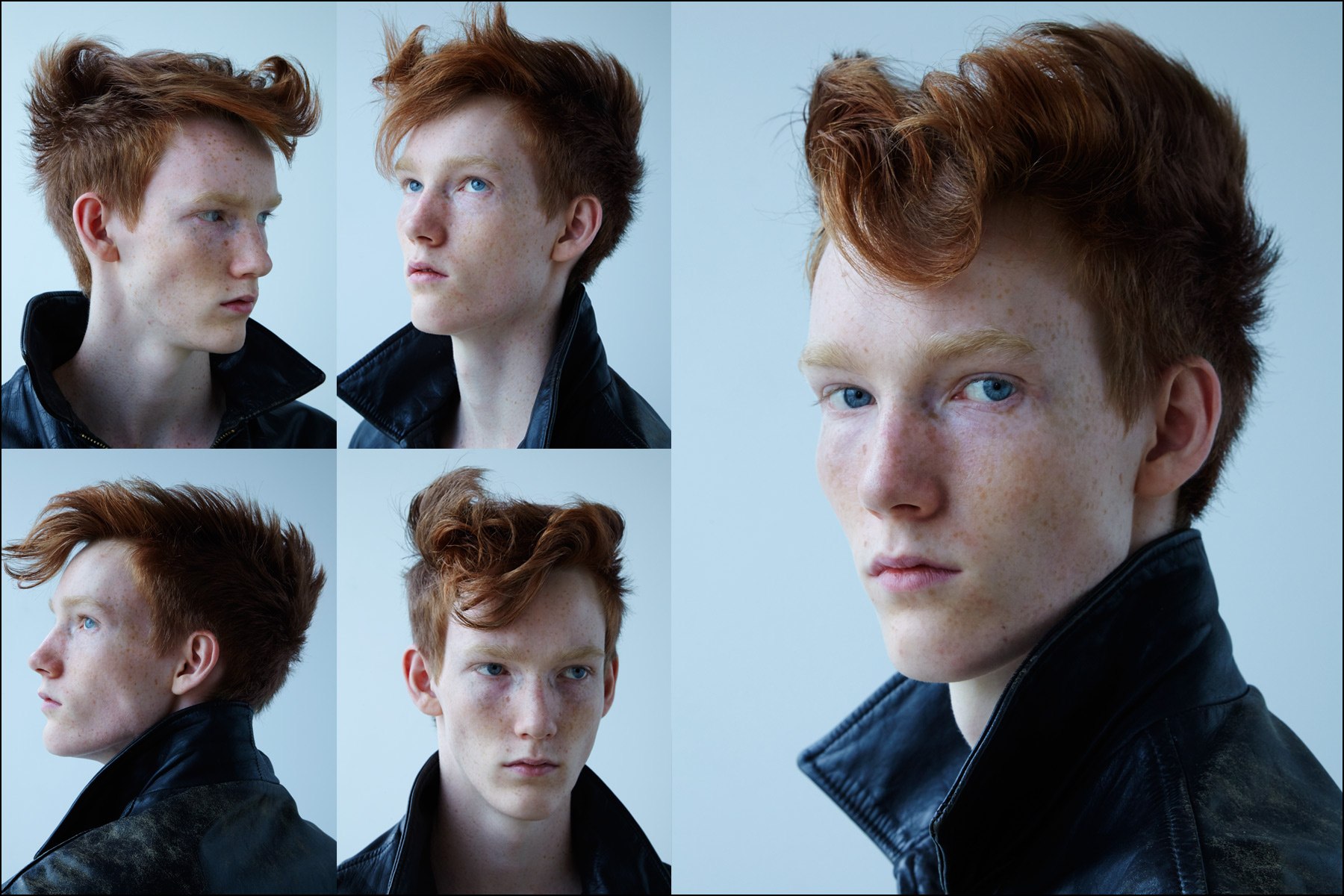 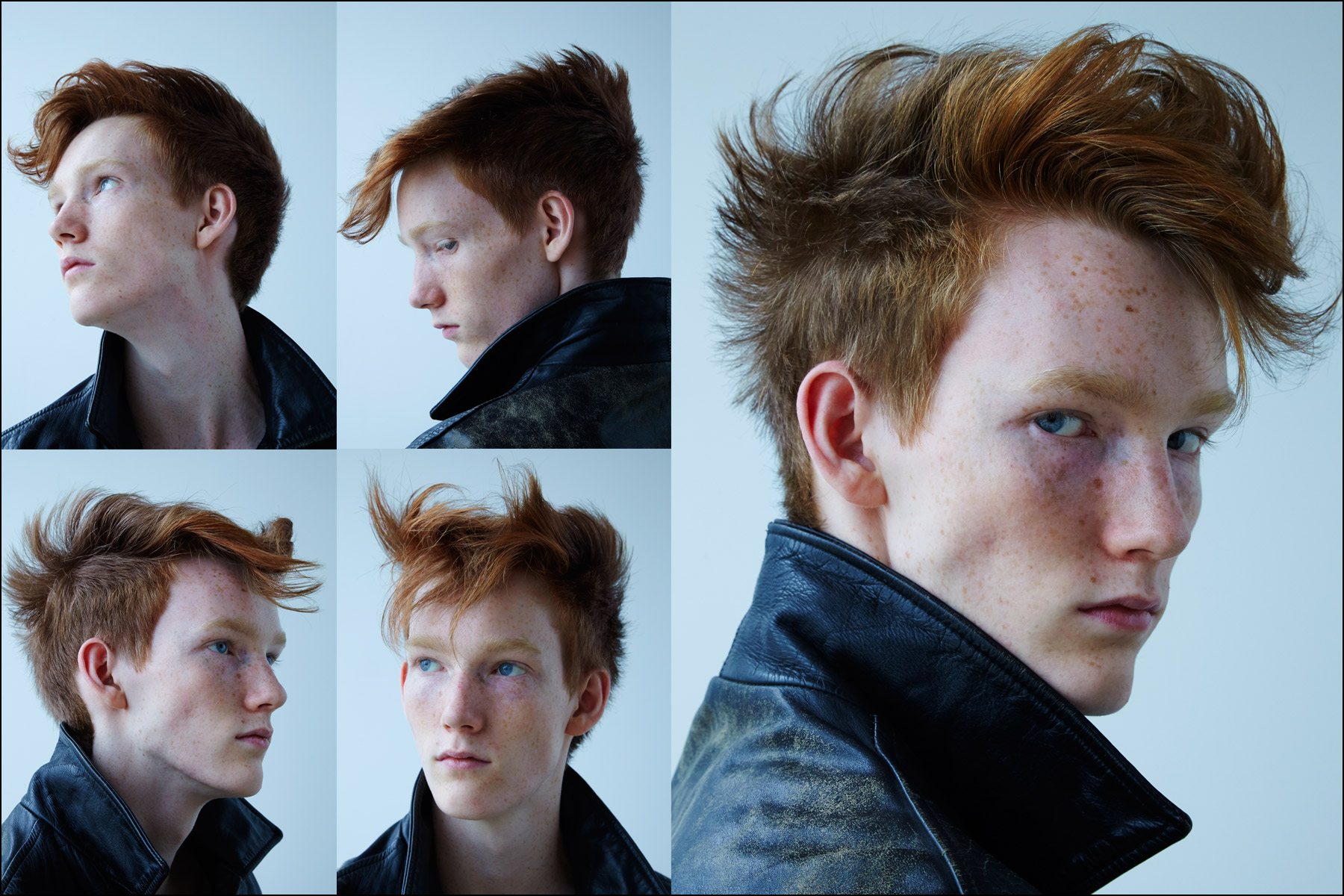 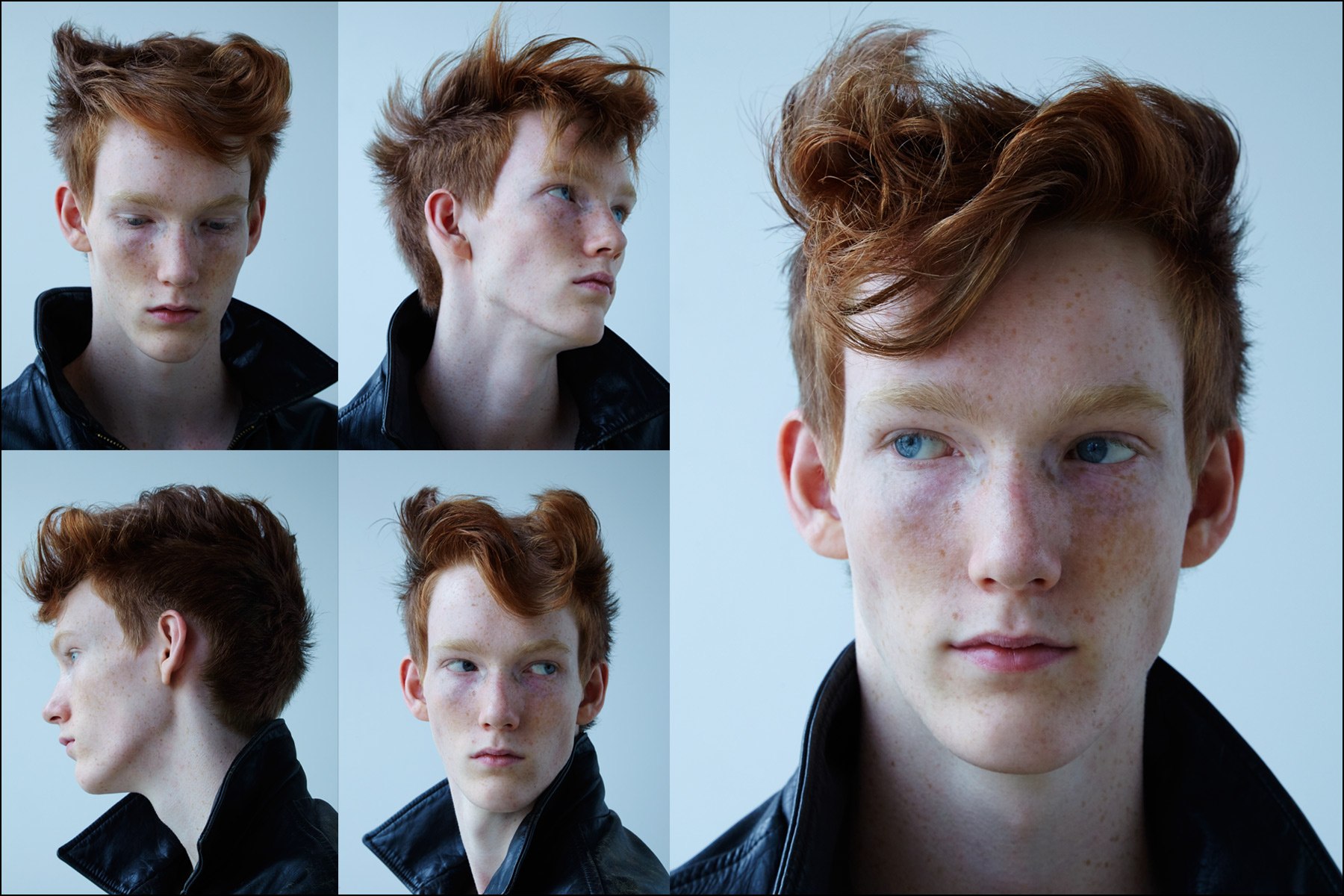 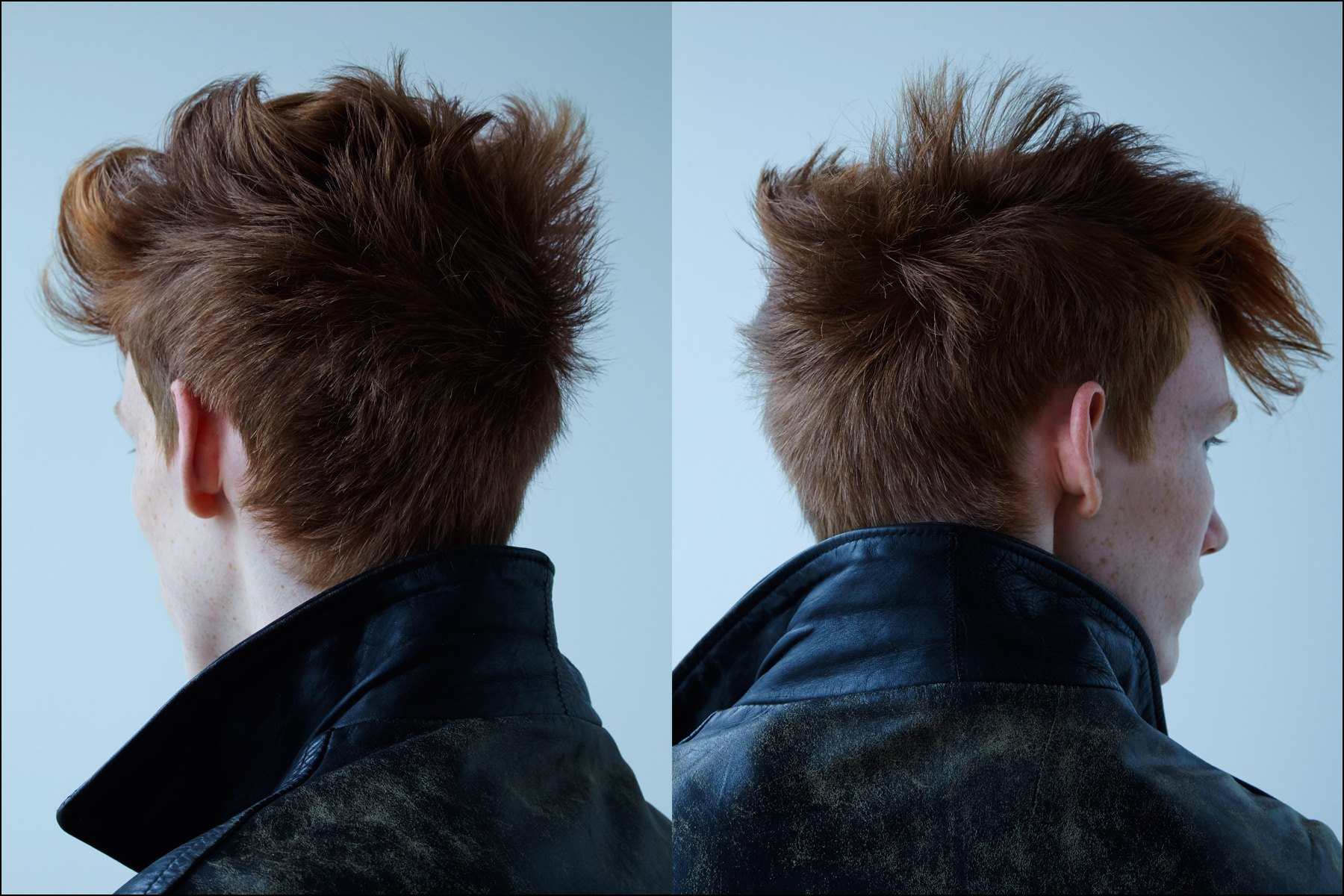 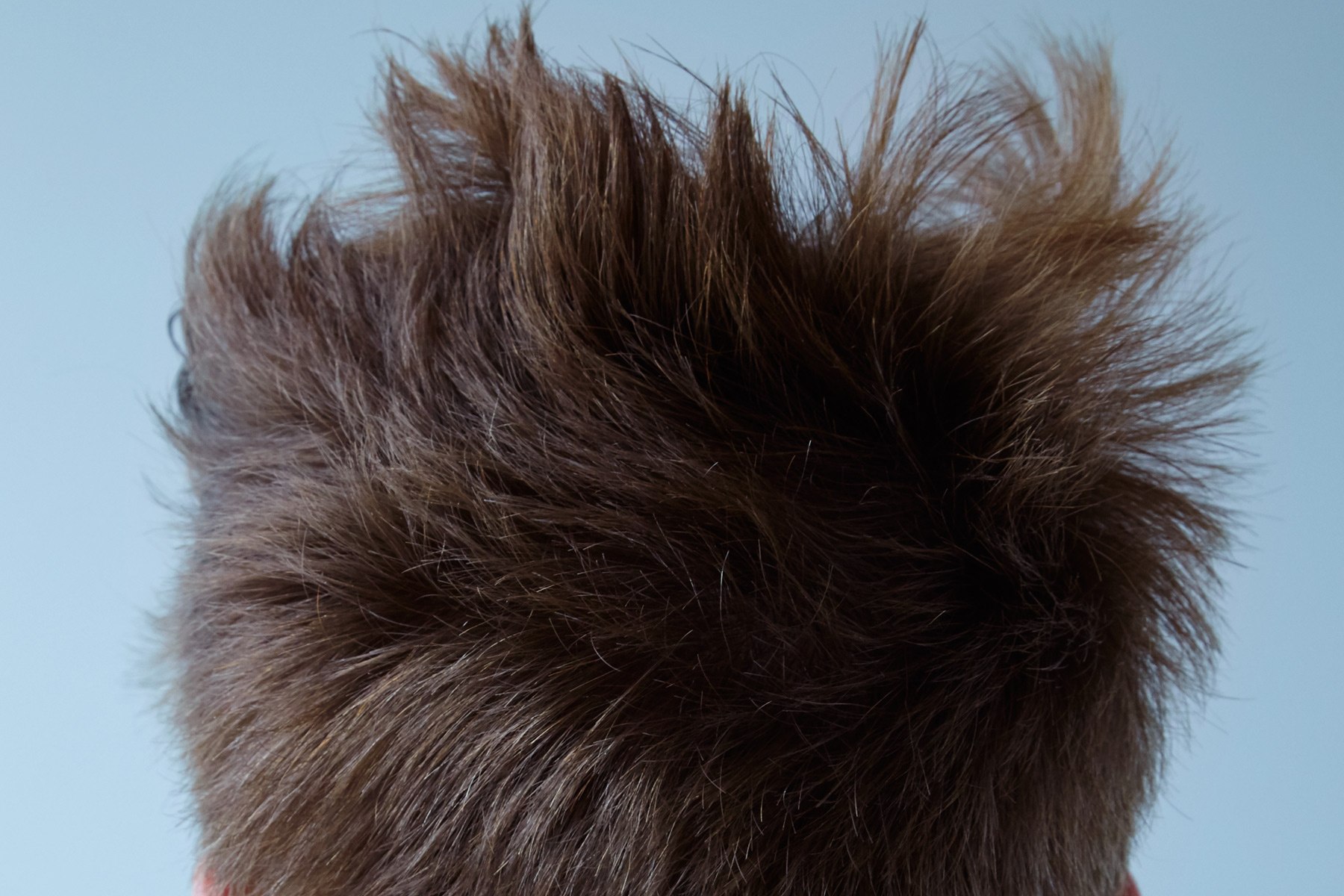 Matt Pitt is a young, new model. With reddish brown hair and freckles, at times he can look slightly alien in a David Bowie sort of way. Whether he is walking the runways for high end designers worldwide or shooting trendy men’s editorials, one thing is certain – Matt is well on his way to success in the modeling world. This humble, down-to-earth law student, has managed to stay grounded in the whirlwind madness known as the fashion world. Photography by Alexander Thompson. Hair by Yuhi Kim. https://www.instagram.com/matthew.pitt/

PONYBOY:  Matt, you are a young, male model. Tell us how you were discovered.

MATT PITT:  I was originally scouted at my local mall when my now mother agent was holding an open call. I was approached by my agent Anita and we discussed coming into the agency and possibly signing on. Which turns out I did!

PONYBOY:  Did you ever think that you would be modeling all over the world?

MATT PITT:  After initially signing with Anita, I had no real concept of what was in store for me. I attended CMTC (Canadian Model Talent Convention) in Toronto last May. There I was given the opportunity to meet with a multitude of international agencies. A short month later I had graduated high school early and was on a plane to Paris for the Spring/Summer 2016 show season. I’m still not sure it has hit me, how quickly everything has worked out for me. Getting back to the question, I hadn’t even dreamt of modeling on an international scale. But it was soon a reality.

PONYBOY:  You’re in college full-time and only eighteen years old. How does being a student fit with your modeling career?

MATT PITT:  With my modeling career appearing so suddenly, I hadn’t really planned how it might work. I had always intended to further my education, and that is something that I intend to complete. Managing the two hasn’t been easy. I’ve been doing some shoots in more local areas. However, I have been able to pop down to New York quickly for a shoot on the weekend. But, overall it tends to be one or the other. So, I intend to take full advantage of my time off from school to continue pursuing modeling. In time, I’m sure I’ll be able to find a good balance.

PONYBOY:  You’re with the Fusion agency in New York. What other agencies represent you worldwide?

MATT PITT:  As of January 1st, 2016, I have been placed with seven agencies worldwide. They are Anita Norris models in Canada (my mother agency), as well as Premium in Paris, Established in London, Elite in Milan, Trend in Spain, Core in Germany, and, of course, Fusion in NY.

PONYBOY:  You’re still somewhat new to the modeling world. What’s been your favorite assignment so far?

MATT PITT:  I began my modeling career this past summer, beginning in Paris for show season. My first show ever was Louis Vuitton S/S16, so that will always be an important memory of mine. But, to narrow down to one specifc experience is something I cannot do. I would have to say that my favorite aspect of modeling that I’ve experienced so far is just meeting so many cool, interesting and kind people, while getting the opportunity to travel and see the world.

PONYBOY:  What’s been your least favorite shoot so far?

MATT PITT:  I can honestly say that from all of the shoots and jobs I have done so far, I’ve been lucky enough to have been treated with respect. And at the end of the day, that is what makes a job enjoyable for me. There would be obvious highlights, but nothing comes to my mind as being “least favorite”.

PONYBOY:   You aspire to work in law. How do you think that modeling will help you with your career in law?

MATT PITT:  At first it seems that modeling and law are two careers with few similarities. But as I’ve been emersed more into modeling I see opportunities in which I could combine the two. Whether those are options I choose to pursue or not, it can never hurt to have connections.

PONYBOY:   Will you be walking during the next New York Men’s Fashion Week?

MATT PITT:  As I write these responses, I sit in the Toronto airport waiting to board my flight to Paris for this year’s Autumn/Winter show season. I will also be traveling to London and Milan for the shows there. But, unfortunately, I won’t be attending the shows in New York due to school starting again. But any future shows that I’m available to attend, I will.

PONYBOY:  What do you see in the future for you, in regards to modeling?

MATT PITT:  With how things have gone so far, I have no idea. I hope to continue to do well, and don’t have much control other than trying to prepare as best as I can and taking everything as it comes. Regardless, I look forward to what is in store and focus on continuing to enjoy myself.