We first met model Matthew “Matt” Bartow on a Ponyboy editorial and were very impressed with not only with his kindness and modeling moves, but his very keen sense of fashion. He knew every single designer that we pulled off the rack, a few of them being more obscure Japanese designers. We kept our eye on Matt and a few years later he launched a perfectly curated website known as Denim Glasses, which features high-end vintage designer pieces. We were really amazed at the brilliant selection of items for sale, including Ponyboy favorites like Dirk Bikkemberg, Maison Martin Margiela, Helmut Lang and Jean Paul Gaultier. So, of course, we asked Matt to style an editorial for our site using some of the terrific pieces from his Denim Glasses collection. And we were amazed at his genius styling and the outcome of the photographs. Model William Schmacker/Red Model Management NY. Photography/men’s grooming Alexander Thompson. Stylist Matthew Bartow. 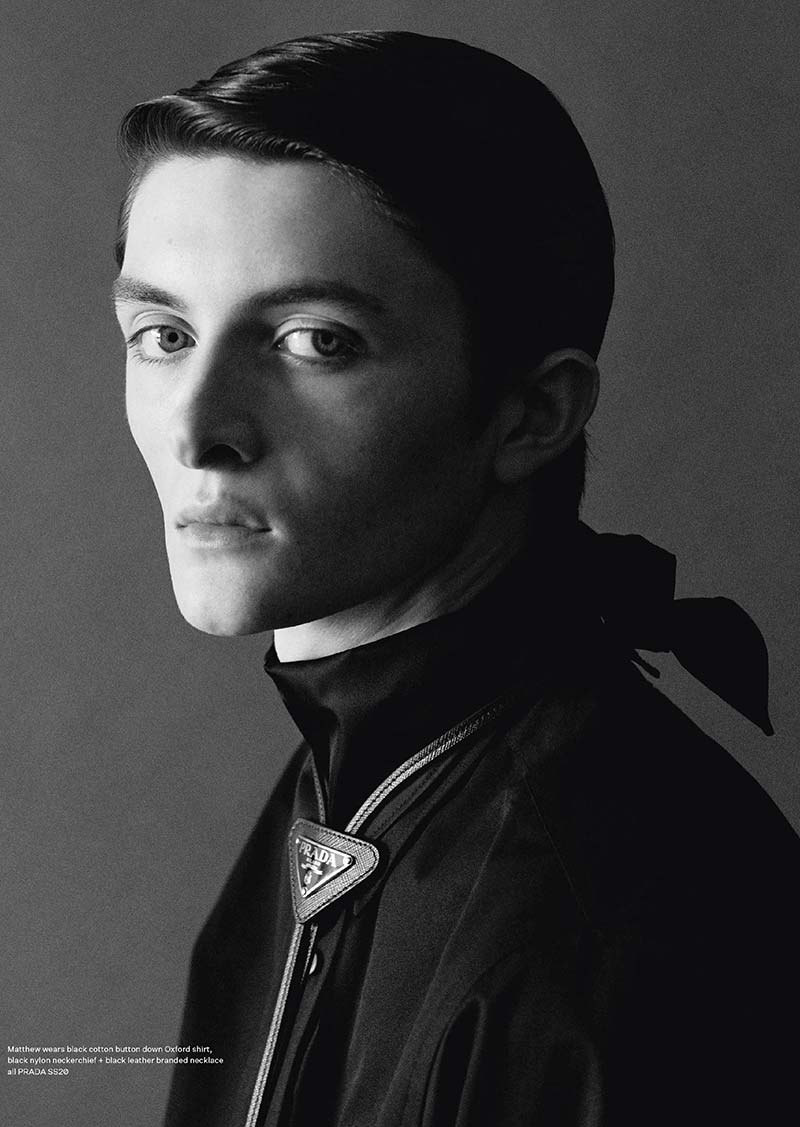 PONYBOY:   Matt, we know you as being an agency fashion model, photographing you for a Ponyboy editorial a few years back. We loved working with you. Tell us how you became a model?

MATTHEW BARTOW:  I had friends that were pretty involved in the industry and my transition from student to model was actually quite a natural one. One day in Brooklyn I had needed to get to Penn Station in order to get home in time for college that was starting in the Fall. I took an Uber pool to save on money and gas and ended up meeting a photographer that I was a pretty big fan of. She was a passenger in the car with me who was also trying to conserve energy by sharing a ride. Her name was Collier Schorr and we talked about what a shameful encounter it is to run into someone that is trying to be thrifty, rather than environmentally conscious. That wasn’t that case for her, but I was a struggling college student at the time. Although I had already been modeling a bit beforehand, this was such a serendipitous encounter and she really helped to launch my career. We shot for Re-Edition Magazine shortly after we met. She is one of the nicest and most humble people I’ve met in the industry thus far.

PONYBOY:   You were very aware of many of the vintage designer labels that we photographed you in for that editorial (some of the labels were on the more obscure side), which doesn’t usually happen with most younger male models. How did you get into clothing/fashion designers?

MATTHEW BARTOW:   I was pretty obsessive about clothes, which is a reason modeling was so intriguing to me in the early stages. I loved vintage and would buy and sell a lot on the internet as my part-time job essentially. Naturally you learn a thing or two about the fabrics and the history of the brands when you would shop as much as I did and currently do. I have met plenty of people across the globe that have taught me a thing or two as well.

PONYBOY:   Tell us about your upbringing.

MATTHEW BARTOW:    I was raised in Upstate New York near Saratoga, which is where I lived until the end of high school. I went to a big school and I found it hard to find identity because of this fact. Besides loving sports and music, I picked up less mainstream hobbies as I progressed through college. I went to Clarkson University in Potsdam, New York for about two years prior to getting scouted as a model. It was a small town and I believe I was looking for something a little different at the time. It was certainly nice to spend some time in the city. I now have a newfound appreciation for quiet places like Potsdam, but I was younger then and I was glad to have the opportunity to travel. 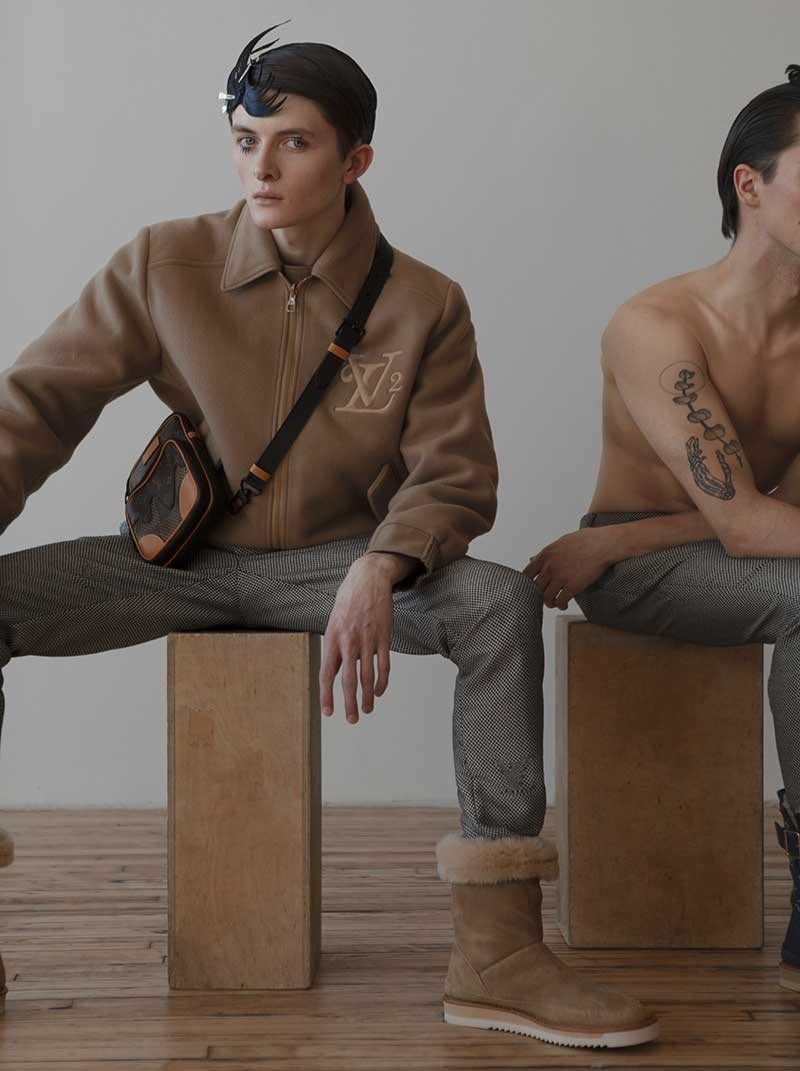 PONYBOY:   You recently graduated from college. What did you study?

MATTHEW BARTOW:   I studied a mix of things. My major going into school was business, and that developed into supply chain with a minor in project management. I enjoyed the classes I had at school and worked quite hard. It was difficult to leave school after my second year to pursue modeling, but it is a decision I wouldn’t trade for anything. I am so appreciative of my university for being so accommodating in allowing me to take a less traditional path and still complete all of my coursework online to finish my degree. I was taking classes while modeling in Paris, Milan, London, and most frequently, New York City. It was a lot to take on, but I am so fortunate to have been given that option.

PONYBOY:   Tell us about your Denim Glasses site. How did it come about?

MATTHEW BARTOW:   Denim Glasses started as a way to present my own collection of clothing that I had acquired and worn throughout the years. Only fairly recently did it become a curated shop of my favorite things. I had a decent amount of interest to sell some of my items, so I started to do so. I felt a certain satisfaction in selling something that I loved to someone else. It’s crazy to think how a mutual appreciation of a single item is enough to start relationships with people.

You may be curious about the name as well. It wasn’t always named ‘Denim Glasses.’ An ex-girlfriend of mine showed me a hipster related meme, and we both didn’t think it was funny, but it mentioned something about denim glasses and something just clicked in my brain. I changed the name immediately. Today we sell a lot of denim, so it kind of makes sense.

PONYBOY:   The site is very well curated. Who are some of the designers that you predominantly feature? Is there a decade that Denim Glasses favors?

MATTHEW BARTOW:   I try to keep it as curated as possible while still trying to cover a broad range of interests. The decade that Denim Glasses favors (among most other archive fashion marketplaces) is 1990 – 2000. Although, it is interesting to see how early to mid-2000’s pieces are now considered vintage as well. I am not exclusive to this market, however. I have a few pieces that are from the 80’s and a few that are newer than 2010. It all depends on what I believe would match the existing selection and be appreciated by those who support. 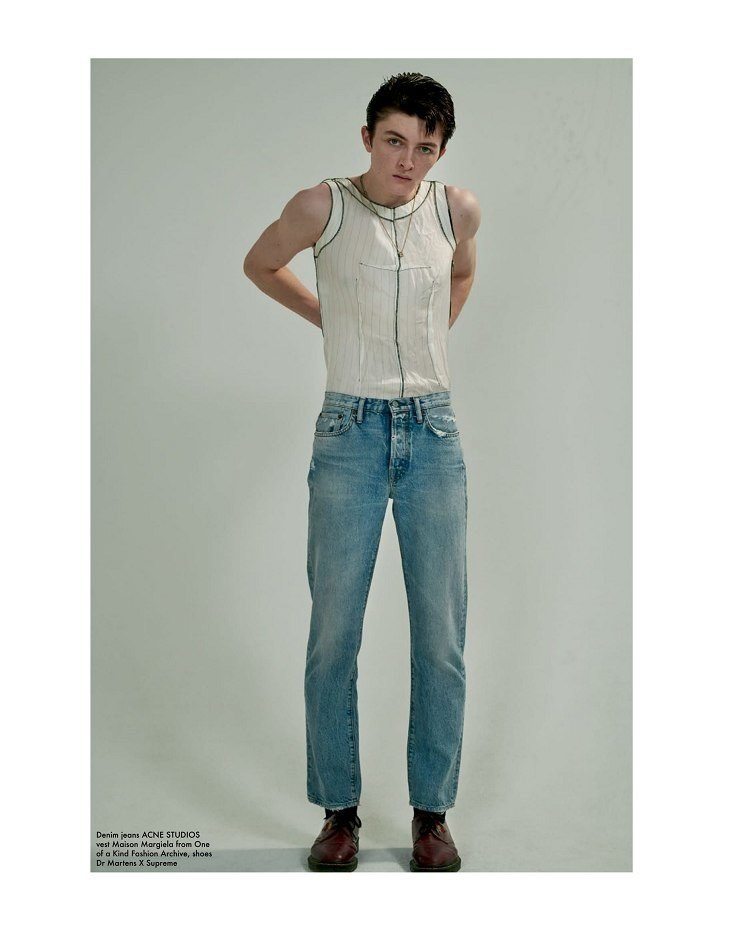 PONYBOY:   Personally, who are some of your favorite designers that you actually wear or collect?

MATTHEW BARTOW:   I am currently living in Upstate New York where the environment is much different from the city landscape and lifestyle. The designers that I find myself wearing most frequently in this setting are Veronique Branquinho, Helmut Lang and Katharine Hamnett, with some hints of old Miu Miu. Typically, if I’m not wearing those brands I am wearing outdoor wear, because I am a pretty avid hiker.

PONYBOY:   Vintage has really exploded over the years, in particular designer pieces. Is it a struggle finding this type of clothing to re-sell?

MATTHEW BARTOW:  There is a lot of digging involved to find some of these vintage items, but that is what makes it rewarding. It has become increasingly difficult, however, in the past year or two.

PONYBOY:   We’ve seen vintage sites like yours grow over the years. What are your expectations/goals for Denim Glasses?

MATTHEW BARTOW:    For Denim Glasses, I’d love to just see how many people I can get to appreciate the work that goes into it as much as I do. And I’d love to work on more artistic projects like this, using the resources that Denim Glasses allows me to I have.

PONYBOY:   You’ve also started dabbling in styling. You did a fabulous job styling our Denim Glasses menswear editorial, featuring model William Schmacker. Did modeling push you in the direction of styling?

MATTHEW BARTOW:    A couple of summers ago I did a job for Prada in London and the stylist on set really opened my eyes to what the job entailed. I was really intrigued by all of the menswear history that he was responsible for. He is who made me realize that it may be the future for me.

PONYBOY:   Are you hoping to pursue styling more in the future?

MATTHEW BARTOW:   I would love to. I really enjoyed being able to use my own collection for Ponyboy, but I think that it would be a nice challenge to use selections of garments other than my own, for future jobs.

PONYBOY:   How have you been spending your time during the Coronavirus epidemic?

MATTHEW BARTOW:   My time has primarily been spent doing work for DG. It takes a great majority of my time. However, this past summer I devoted most of my weekends to the outdoors. As a kid I would hike in the Adirondack Mountains pretty frequently because my parents were really into it. My attention span made it difficult to enjoy it then, but I still was able to get some of the high peaks under my belt. I recently became pretty obsessive in my attempt to summit all 46 high peaks in this range. I made it to 23 by the end of the season, which I’m pretty satisfied with. It’s really a good way to release any stress and anxiety that’s built up by attributing it to the struggle of climbing.

Also, I have still been modeling a bit, just by taking day trips into the city every now and then. I enjoy it most when I get to wear my clothes in shoots. It allows me to be comfortable, in addition to using some of the artistic images as a means of showing off the clothing that I am showcasing on Denim Glasses. 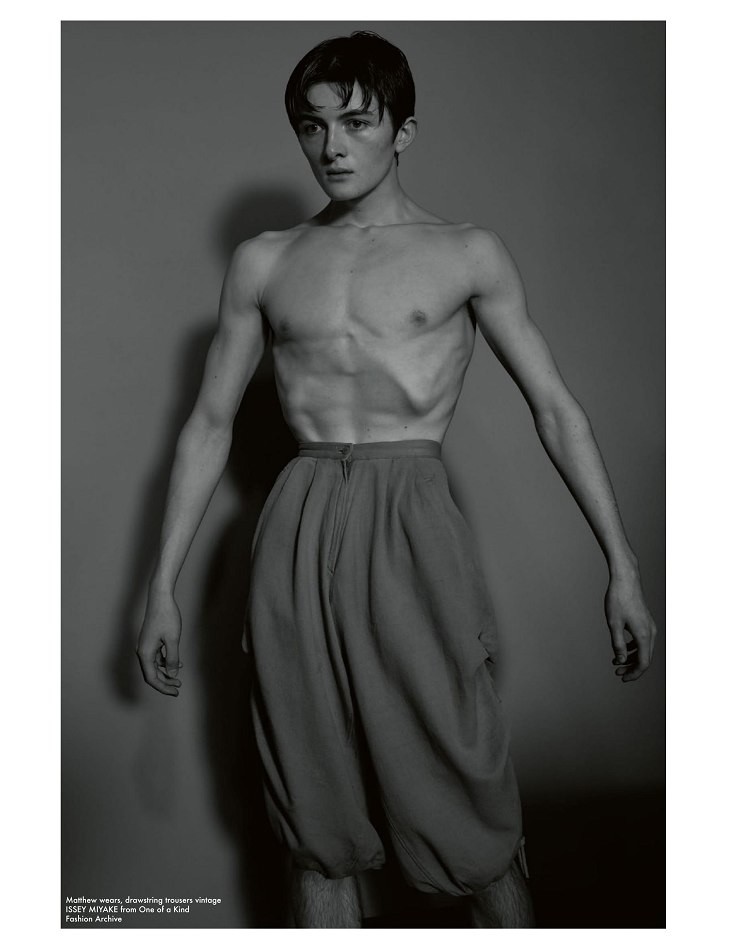 WITH LOVE,
KIRRA
Scroll to top