Dean Dempsey is a tall and svelte character with a very witty sense of humor. When viewing his Instagram profile, you’ll see Dean photographed at hip New York City parties and events, sometimes dressed in over-the-top looks with downtown beauties, for example, artist Tali Lennox or model/director Charlotte Kemp Muhl. But Dean is far from being a downtown night creature. He’s a very gifted artist who has accomplished quite a fair amount at a young age. Dean has released two feature length films, as well as a fantastic portfolio that includes large scale paintings, photography and videos. We were stunned at the beauty of his very colorful and bold paintings in his super-fab Bushwick studio, as we sipped cocktails while dressing and photographing Dean, getting to know this artistic creature. Dean is the quintessential downtown creator, giving us flashbacks to the 80s Soho/East Village that we fondly remember and crave. Remember this name.

PONYBOY:   Dean, we love the movies that you’ve made and your artwork as well. Let’s talk about your upbringing. Please tell us it was anything but normal in the suburbs. Ha!

DEAN DEMPSEY:  Growing up I went to 10 different schools and moved dozens of times, and that is not an exaggeration. But as a kid, that seemed perfectly normal. It wasn’t until I moved out at 18 that I realized my upbringing was anything but. I also didn’t realize how fucking poor I was. Everybody around me had rich parents, drove a car and had nice apartments. To me, that is abnormal.

PONYBOY:   How did you get into art/painting? Did you go to art school?

DEAN DEMPSEY:   My grandma raised me in my pre-teens and was a big fan of art. I was sometimes a hothead and she would sit me down and force me to paint, or sculpt. By the time I was 13 I was living with my mom again in Fremont, CA. I would ditch school and sneak on the BART to San Francisco to score pot. After getting really stoned with the fried cretins of Upper Haight Street I would take the #7 bus to the SF MoMA and walk the museum galleries for hours. All I knew was I wanted the art life, and to live in the city. And by 18 I was accepted to the San Francisco Art Institute with just shy of a full ride. In retrospect, I should have just came straight to New York. Manhattan is all the school any artist needs.

PONYBOY:   You’re a self described multi-media artist. It’s great to be able to work in different mediums, something that a lot of artists desire but can’t always achieve. Is there one medium that defines your body of work the most? Overall, which do you prefer the most? 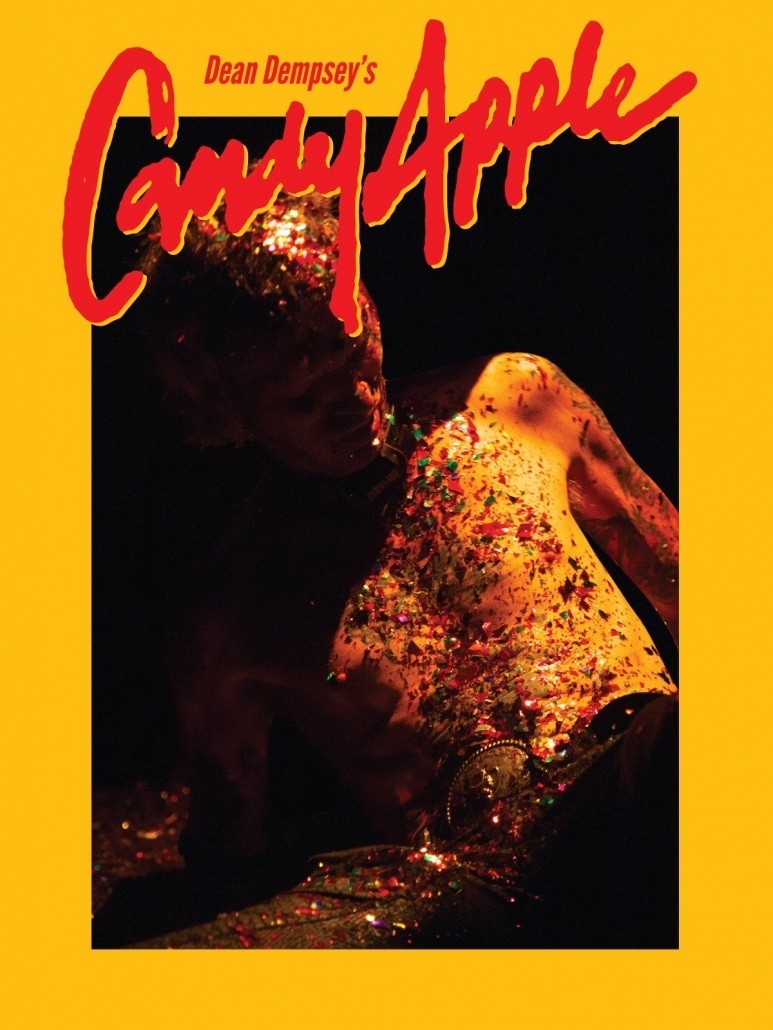 PONYBOY:   Describe your creative process when you paint. Do you paint with thoughts of creating a series, or do you create piece by piece.

DEAN DEMPSEY:   I wish I had a rubric. Ultimately I go into the studio with maybe a swatch of fabric, a picture torn from a book or a hastily made list of words and materials. I put it all in the frying pan and see what cooks.

PONYBOY:   Where do you find inspiration for your art?

DEAN DEMPSEY:   My innate aversion to keeping a straight job.

PONYBOY:   There’s a particular series that we’ve seen both on your website and in your studio. It’s quite colorful and bold with shapes – it reminds us of the 80s? Tell us about it.

DEAN DEMPSEY:   You know that feeling you get when a parade is over and all that’s left is stomped-on confetti and discarded party hats on the pavement? Yeah, that’s it.

PONYBOY:   Another set of paintings has a very textured surface and it feels as if the viewer is observing another planet from outer space. Of course, that’s just our interpretation. What were you going for with this series?

DEAN DEMPSEY:   I think a lot of this comes from my college days studying sculpture. I’m sometimes more drawn to texture than I am figuration or literal depictions of something tangible. And everybody – everybody – would like to walk on another planet if they weren’t so damn far away. So in a sense, these are kind of terrains.

PONYBOY:   There seems to be a fair amount of pretentiousness in the art world. What are your thoughts on the attitude often associated with art?

DEAN DEMPSEY:  Who cares. Pretension is everywhere no matter what scene you frequent. Maybe my biggest complaint is the bad wine, but who am I to make a fuss. I’m a cheap date, honey. I’ve worked with a lot of people in New York, and good company is everything. I was recently in a show at my friend Paul Henkel’s gallery, and he’s a brilliant kook. Other gallerists have been horrendous. I’ve actually had an art dealer try to pay me in cocaine. No, thank you. I don’t think my landlord accepts this form of currency.

PONYBOY:   Let’s talk about your videos. The ones we’ve viewed on your website are surreal and stylized with an underlying dark, beautiful element. What inspiration did you have when creating these videos?

PONYBOY:   You have two feature length films that you’ve both written and directed. That’s an impressive leap from shooting videos. Tell us about the process. Was it a difficult one? And how does one go about getting funding for a film project.

DEAN DEMPSEY:    I got lucky. Nobody should live in New York, or be in the arts, unless they’re willing to be lucky. I wish I could provide a formula to getting funding for film projects. Shit man, I need one. The truth is, I got lucky to meet my financer at a dive bar. You never know who you’re talking to in New York. So much boils down to chance encounters. She doesn’t care to finance movies anymore, but lightning struck twice with that one and I’m forever grateful.

PONYBOY:   The story lines for your films are very “slice” of New York City life, with the eclectic cast of downtown NYC characters living life, doing drugs, hanging out at bars during the day…Is “Candy Apple” autobiographical? 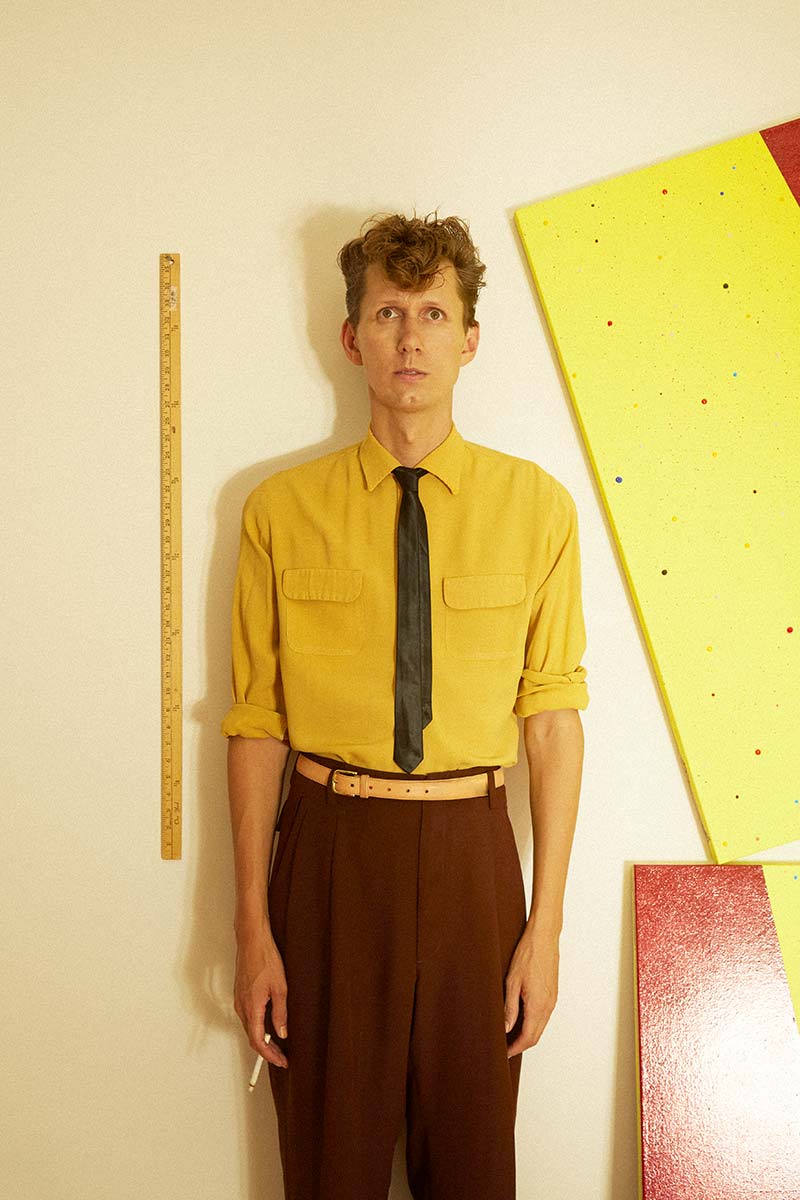 DEAN DEMPSEY:   “Hanging out at bars during the day” made me spit up my gin! Some people just can’t wrap their heads around getting a drink before sundown. Granted, I wasted most of my 20s getting drunk at 8am bars. Just when I think to regret it, I remember I somehow had a lot of career success in that decade. I don’t know how I got anything done, but I did. Those days definitely informed Candy Apple, my favorite film, and it’s fair to call it autobiographical. The stories in it are true, just thread together in a fictional narrative.

PONYBOY:   The casting is brilliant. So many familiar colorful faces from the clubs, etc. like Neon, Sophia Lamar, and Lucille Bignom. Were these all friends of yours before filming?

DEAN DEMPSEY:   Yes, these are people I was hanging out with at the time. Most are real characters, not actors. And that’s what I got right in that movie. Most characters played extensions of themselves. For example, “Uncle Walty” was a guy I met at International Bar one morning. He came in after having slept in the median of Park Ave. because the night before his taxi took him to 5th Ave., rather than his apartment on E. 5th Street. Not realizing he wasn’t even downtown, he drunkenly tried to put his key in all these doors before giving up and sleeping in the middle of Park Ave. He told me this story and I thought, this belongs in a movie. And who better to play it then the old drunk himself.

PONYBOY:   The film seems very natural and unscripted. Were parts of it filmed off the cuff, so to speak? Ad libbed.

DEAN DEMPSEY:   Because these weren’t real actors, some of the dialog was ad libbed, but with direction. I would tell them to banter but be sure to hit points 1, 2 and 3; and however they get there is fine. But everything was more or less scripted.

DEAN DEMPSEY:   Nope. But I have some since.

PONYBOY:   Of course, we have to mention the breakout star of “Candy Apple”, your father Texas Trash. For readers who have not seen the film, your father is a real life double-amputee, tattooed character. Tell us about your father and the relationship that you have with him. Did this project bring the two of you closer?

DEAN DEMPSEY:   I didn’t grow up with my old man and met him accidentally outside a gas station in Bisbee, AZ, when I was 18. That’s a whole other story, but to get back to your question, yes, Candy Apple really bonded us. During that whole project I learned a lot about him, and I gathered all my misgivings and resentment toward him and piled it in a box, and sat it down. I can’t emphasize enough the importance of forgiveness. Never for them, always for you.

PONYBOY:    Was he an actor before your film? He’s a real natural character actor.

DEAN DEMPSEY:   He had never acted before and really impressed us all. He’s one of the characters that never skipped a single line. He read the script once and got it. What I didn’t take into account is he’s been a showman his whole life, having sang in bands since he was a teen. I think that helped him being able to retain the lines, but also give 100% to the character. 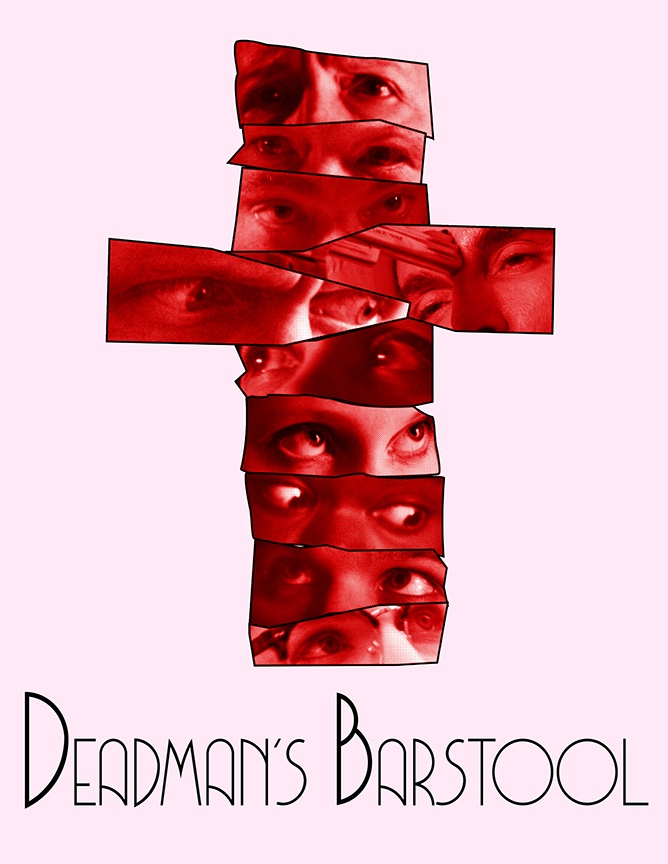 PONYBOY:    “Deadman’s Barstool” is your second feature length film. This film is a self-described murder-mystery comedy. This film was co-written with Greg Mania, the comedian/writer. How did the idea for this project come about?

DEAN DEMPSEY:   I think I’ve just always loved a “whodunit”, and I find televangelists really fascinating. So I thought maybe I’d kill one. I also wanted to make a movie where there are no “good guys”. Everybody has a scheme up their sleeve. The only hero in “Deadman’s Barstool” is a sandwich.

PONYBOY:    Do you think your films will be remembered as “cult classics/midnight movies” twenty years from now? Would that appease you?

DEAN DEMPSEY:   Without a doubt.

PONYBOY:    We have to mention that unique personal style of yours. We just love what we’ve seen you wearing in photos. Are there any designers that you favor?

DEAN DEMPSEY:   I can never afford any designer clothes, and when I can I’d rather blow the cash on a trip. But if anybody wants to give me anything (hint, hint), I’ve always loved YSL, Dior Homme, Husbands, and Jeffrey West. Otherwise, I’m head-to-toe Goodwill-couture.

PONYBOY:    What have you been working on more recently with the extra time allotted to so many of us due to the coronavirus?

DEAN DEMPSEY:   Outside of painting and shrinking my liver down to the size of a California raisin, I’ve been working on a very exciting, top-secret project to be revealed early next year…if this year ever ends.

PONYBOY:    Your life is so colorful and interesting. It would make for a great read. Have you had any thoughts of putting it all down on paper in an autobiography?