His deep-rooted love for music can be traced back to his youth. At the onset of the 90’s he fell in love with the rave scene and frequented the storied warehouse parties mythologized in movies like “Go.” He visited Other Music in New York City’s fashion forward Village neighborhood on a weekly basis to buy new releases from Orbital, Moby and more.

Going from music lover to being in a band was a no-brainer and Roberts found himself the frontman for Opti-Grab. The group released one album and toured relentlessly. Bringing things full circle, former tour-mates Blondie tapped him to drop some lyrical fire on “Love Level” from their critically acclaimed 2017 chart-topper Pollinator.

“Looking,” a wild anthem produced by Big Black Delta, followed in 2019, marked his solo debut with remixes by Tensnake, Junior Sanchez and Gerd Janson. The song—which landed at #19 on UK club charts–along with “Dirty Little Secrets” and “Lonely Boys Have Fun Too” appeared on his self-titled EP released last summer.

Flashforward to 2020, John Roberts found himself in the studio with legendary producer and longtime club friend Junior Sanchez for its follow-up. “Freaks” due out this fall is one of the many songs the two collaborated on to create a body of work that has a vintage but completely modern vibe, digging deep into eighties new wave, pop and house music through the lens of the twenty first century. “I loved the remix Junior did for ‘Looking’ and was a big fan of his production on Azealia Banks ‘Anna Wintour’ so of course he made the perfect choice for my new project,” says Roberts. “It’s a song about letting your freak flag fly–an empowerment song for freaks and those who have been cast aside. Vote for your freakness!”

On the acting front, John Roberts has gone from viral YouTube clips like “The Christmas Tree,” “My Son is Gay” and “Jackie & Debra” (generating more than 40 million views) to appearances on “The Tonight Show,” “Archer” and more in addition to multiple tours alongside Margaret Cho. He went on to join the cast of the EMMY Award-winning “Bob’s Burgers” as lovable & loud matriarch Linda Belcher which landed him first EMMY nod in the category of “Outstanding Character Voice-Over Performance” (2015). The show is now in its 10th season with a feature film to be released spring 2021. Photography Alexander Thompson Stylist David Roberts  Men’s Grooming Theo Kogan https://www.instagram.com/johnrobertsfun/?hl=en 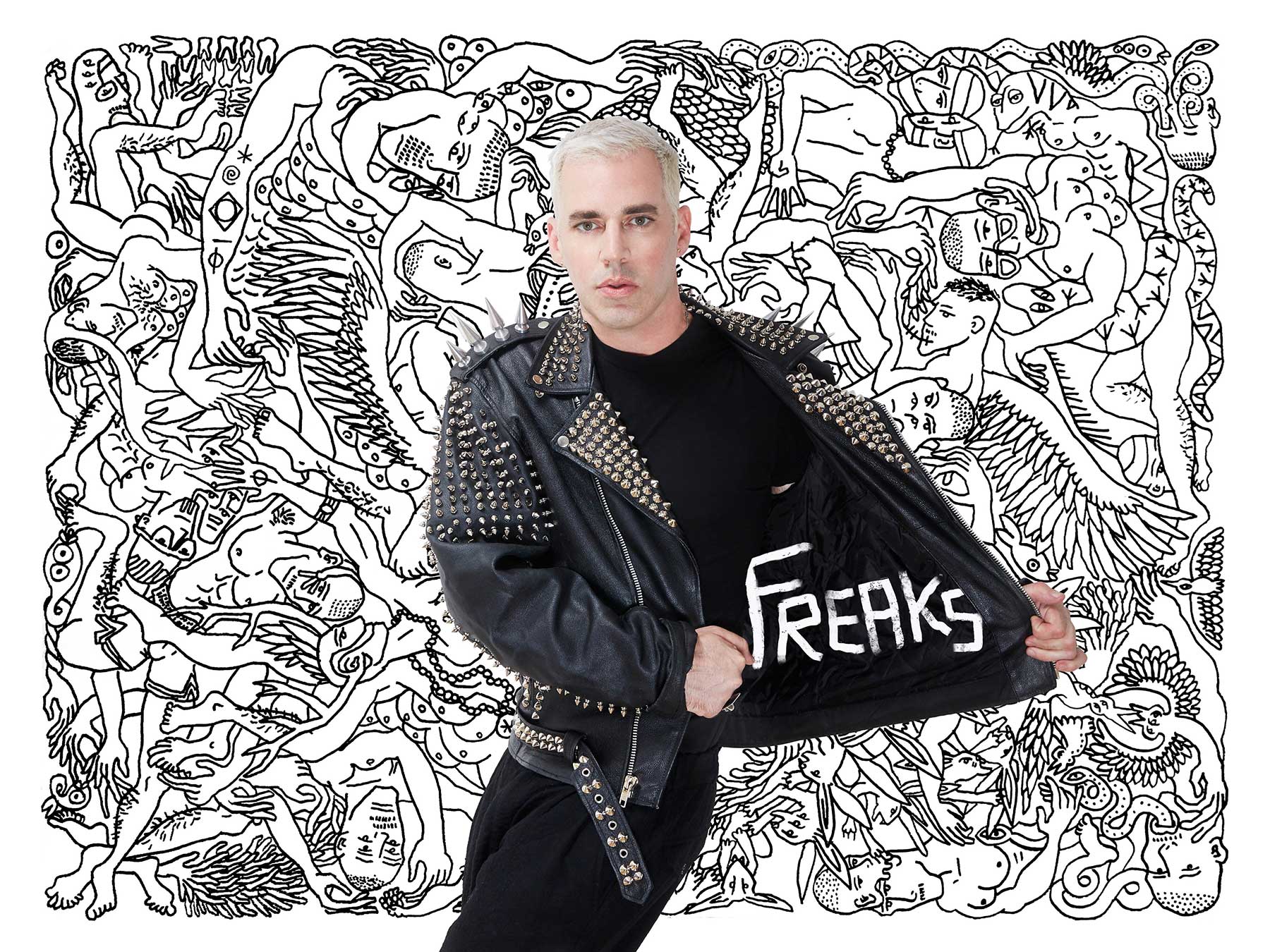 PONYBOY:   John, you’re a Jersey boy. Tell us about your childhood.

JOHN ROBERTS:  I was a latchkey kid ha. New Jersey was pretty diverse and it was a nice place to grow up but I was obsessed with New York City. My dad lived on the upper east side so I knew early on I was a city person and got my own place with friends as soon as I graduated high school.

PONYBOY:   How did you get into music?

JOHN ROBERTS:   I’m sure it started at the roller rink when I was a kid. Then I discovered hip hop and Blondie and Rick James and Prince. After college I met someone who showed me how to sample beats so I got some equipment and tooled around for about ten years. I would DJ a lot in the city too. 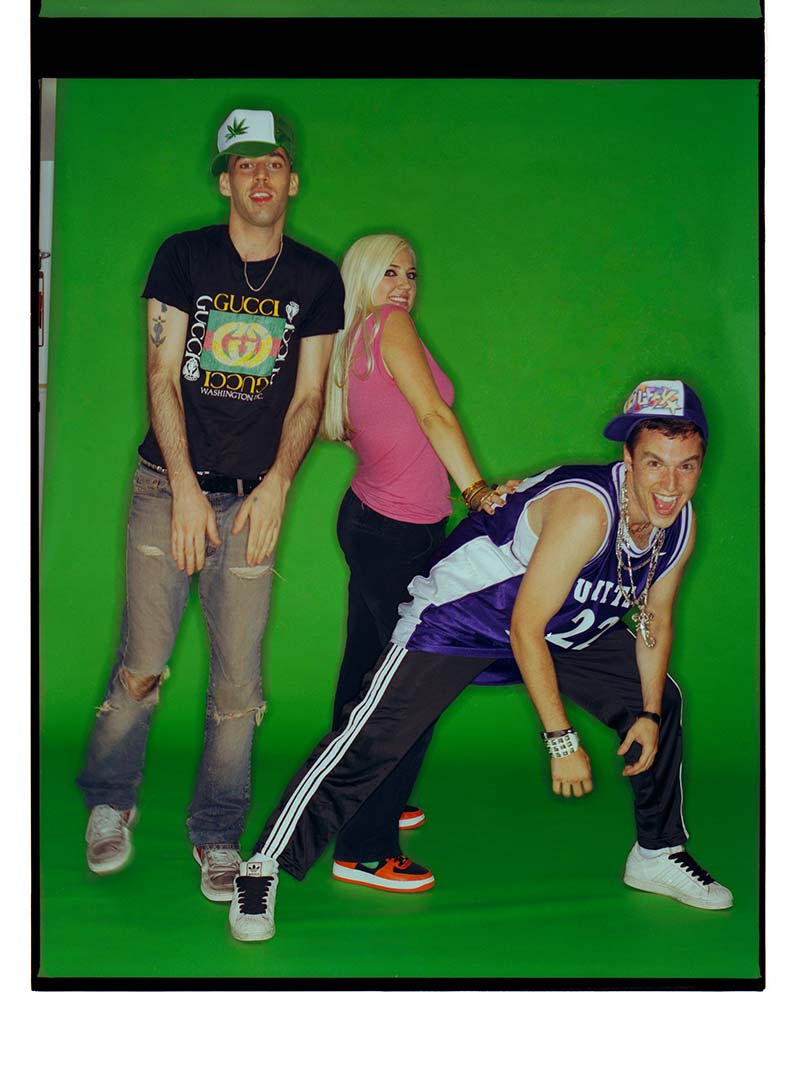 PONYBOY:   We met you years ago through a mutual friend, the lovely Miss Guy of Toilet Boys fame. We love Guy! How did the two of you meet? We know Guy photographed you for the cover of your your EP, “Out”.

JOHN ROBERTS:    I met Guy in the 90s. I remember him from going out but I think our friend Galadriel Masterson introduced us at Squeeze Box. He did photograph me and it’s one of my favorite pictures I’ve ever taken.

PONYBOY:   Around the same time we remember you being in the band, Opti-Grab. Tell us about the band and that experience. What was it like touring with Blondie?

JOHN ROBERTS:   Opti-Grab was a lot of fun and we played some great venues. It was a little goofy but we had a nice following and opening for Blondie was the highlight for sure.

PONYBOY:   We love your new song, “Freaks”, which just dropped. It seems very early 80s inspired with a mix of Giorgio Moroder thrown in – a sure dance hit! What was your inspiration behind this song? And tell us about the experience of working with the talented Junior Sanchez?

JOHN ROBERTS:   Freaks was one of the songs I wrote with Junior late last year. We booked the studio for a few weeks and I would write with Junior and Inebell Diaz. I am good with melodies and hooks. We recorded with Debbie Harry for a track called “Lights Out”. Its great and she sounds awesome. Some other special guests and great remixes. I definitely have a great working relationship with Junior and can’t wait to share the rest of the songs early next year. 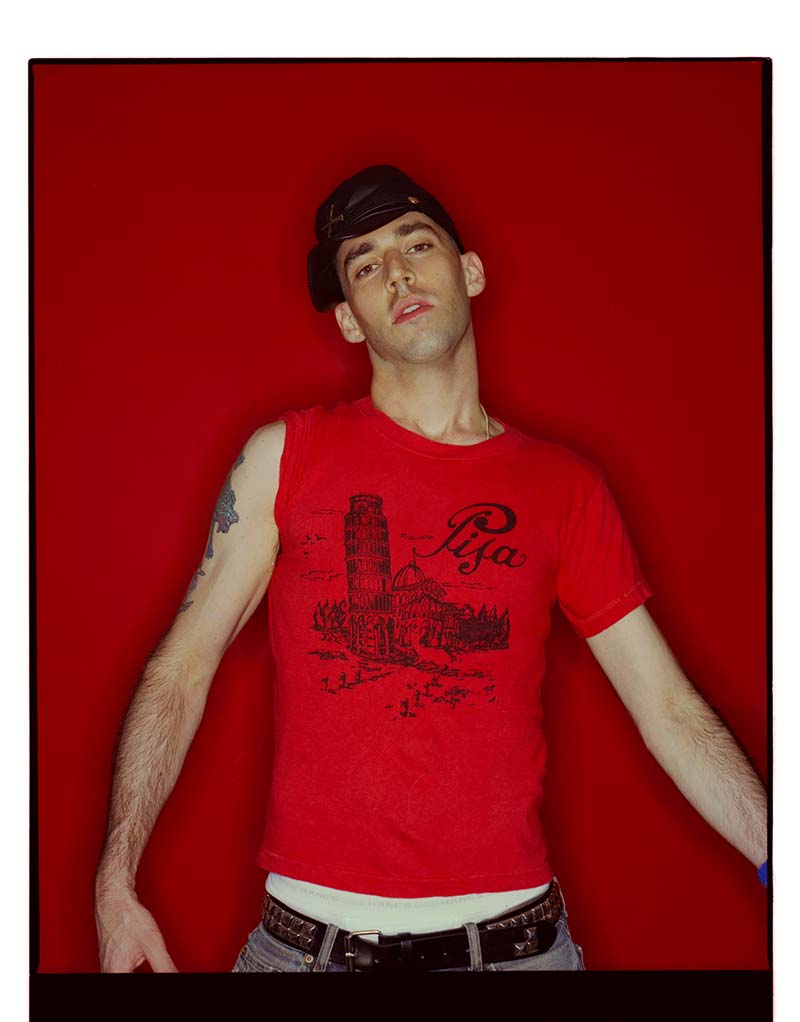 PONYBOY:   The video is amazing. Your look was very reminiscent of Steve Strange from Visage. What were you going for as far as the visuals for the video? The sets and production are incredible.

JOHN ROBERTS:   Thank you! Nina McNeely the director is pretty genius. I wanted something more timeless and not so trendy. Nina had been doing visuals for my future live shows and she was into doing the video. She was a dream to work with and I had a blast.

PONYBOY:   You’re also an actor/comedian. Did that come around the same time as your music career?

JOHN ROBERTS:   Well I’ve been performing downtown New York City for many years with both music and comedy but TV took off and it’s allowing me to make more music and spend time on it. I feel blessed in that way.

PONYBOY:   We read that you’ve toured with the brilliant comedian Margaret Cho. What was it like opening for her?

JOHN ROBERTS:  She’s one of the greats and I would just piss myself laughing every night. We toured the country and around the world and it was one of the best times of my life. Great audiences and we are close.

PONYBOY:   Of course, a lot of people know of your character Linda Belcher on the very successful hit TV show, “Bob’s Burgers”. How did you become involved in the show?

JOHN ROBERTS:    Loren Bouchard the creator found out about my comedy and pretty much wrote the character for me. It was something that rarely happens but was an extension of performing years of comedy in NYC and getting my stuff to go viral on youtube. 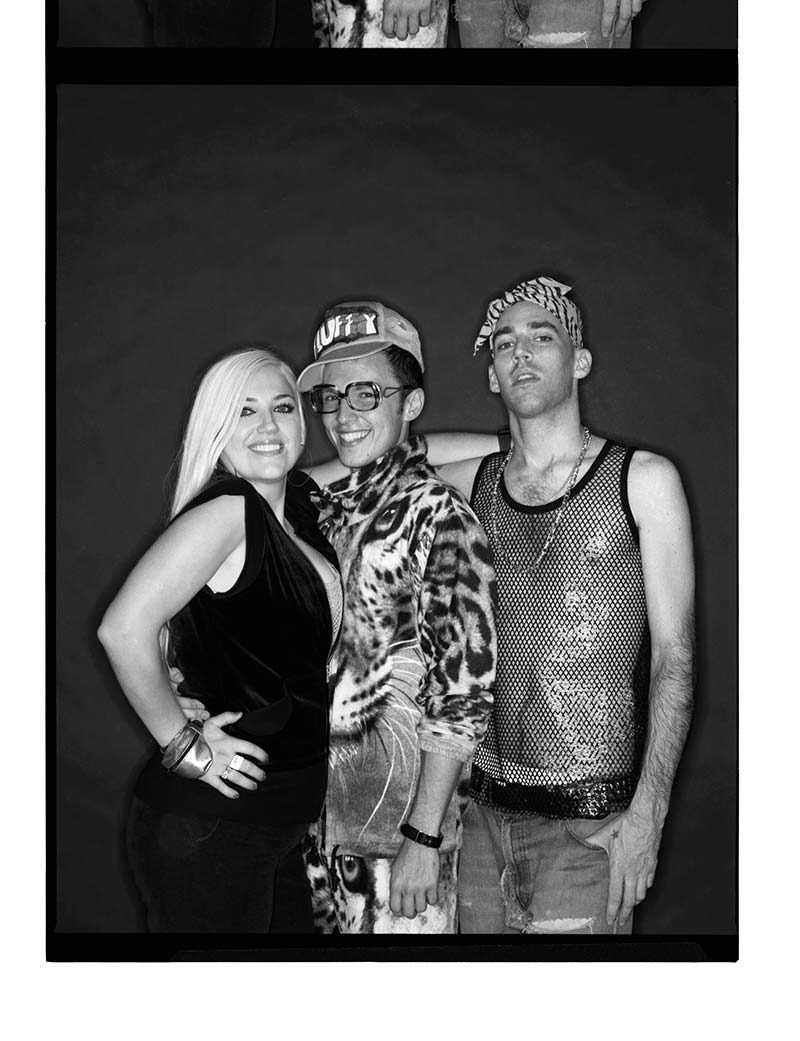 PONYBOY:   Your fan base must have grown incredibly with portraying that fun character. What other opportunities has that brought you in your career as a comedian/actor?

JOHN ROBERTS:    I got nominated for an Emmy which was sick. I’ve been focusing on writing more and pitching. Also my music. It’s given me the opportunity to do what I want and enjoy life.

PONYBOY:   You were married about a year ago to fashion designer David Roberts. What’s life been like for the two of you, especially since the onset of coronavirus in your lives?

JOHN ROBERTS:   Well it’s been nice having him by my side during all this that’s for sure. And our dogs. He’s very creative like me so we keep each other busy and motivated and stoned.

PONYBOY:   What plans do you have for the future as far as your music is concerned?