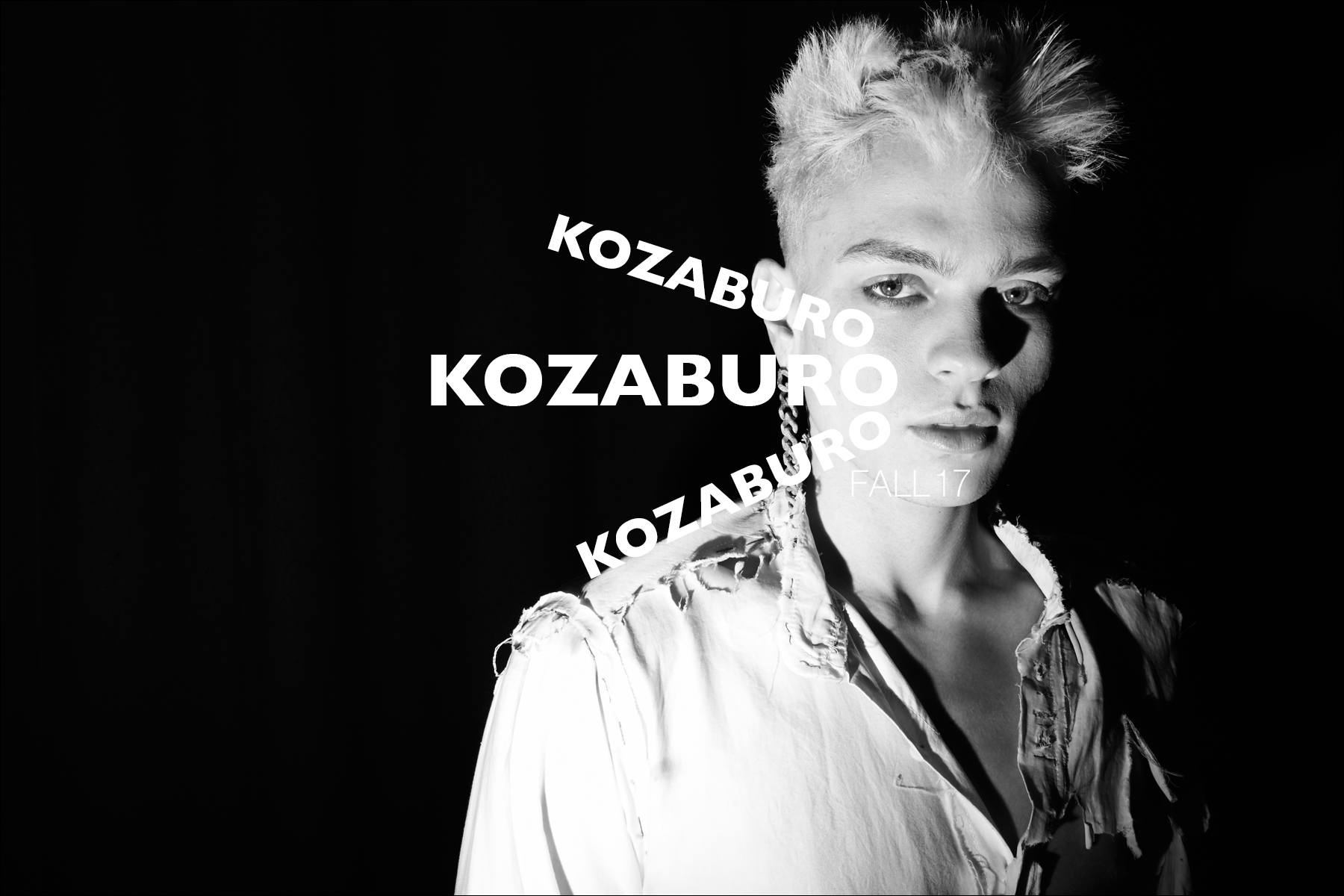 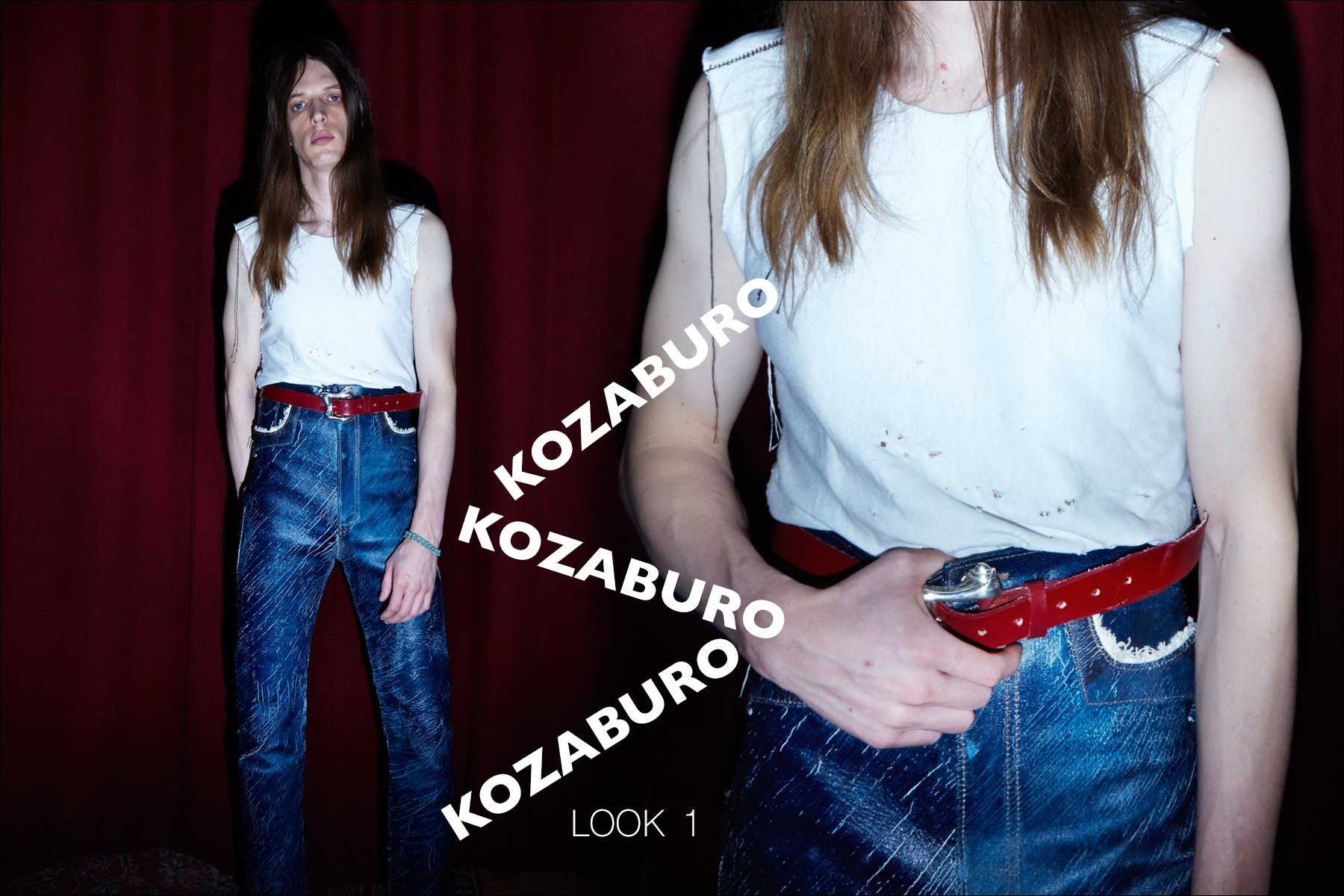 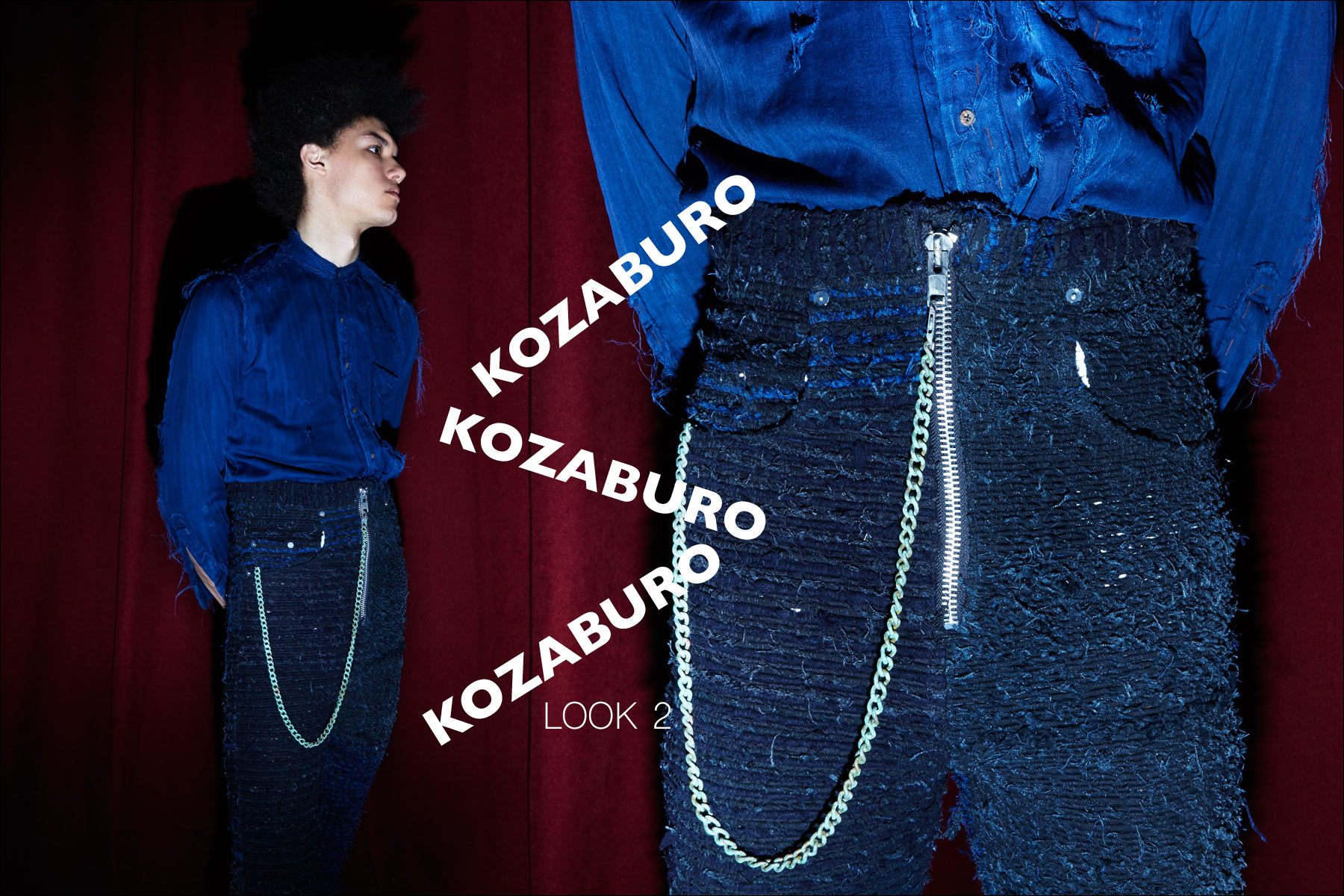 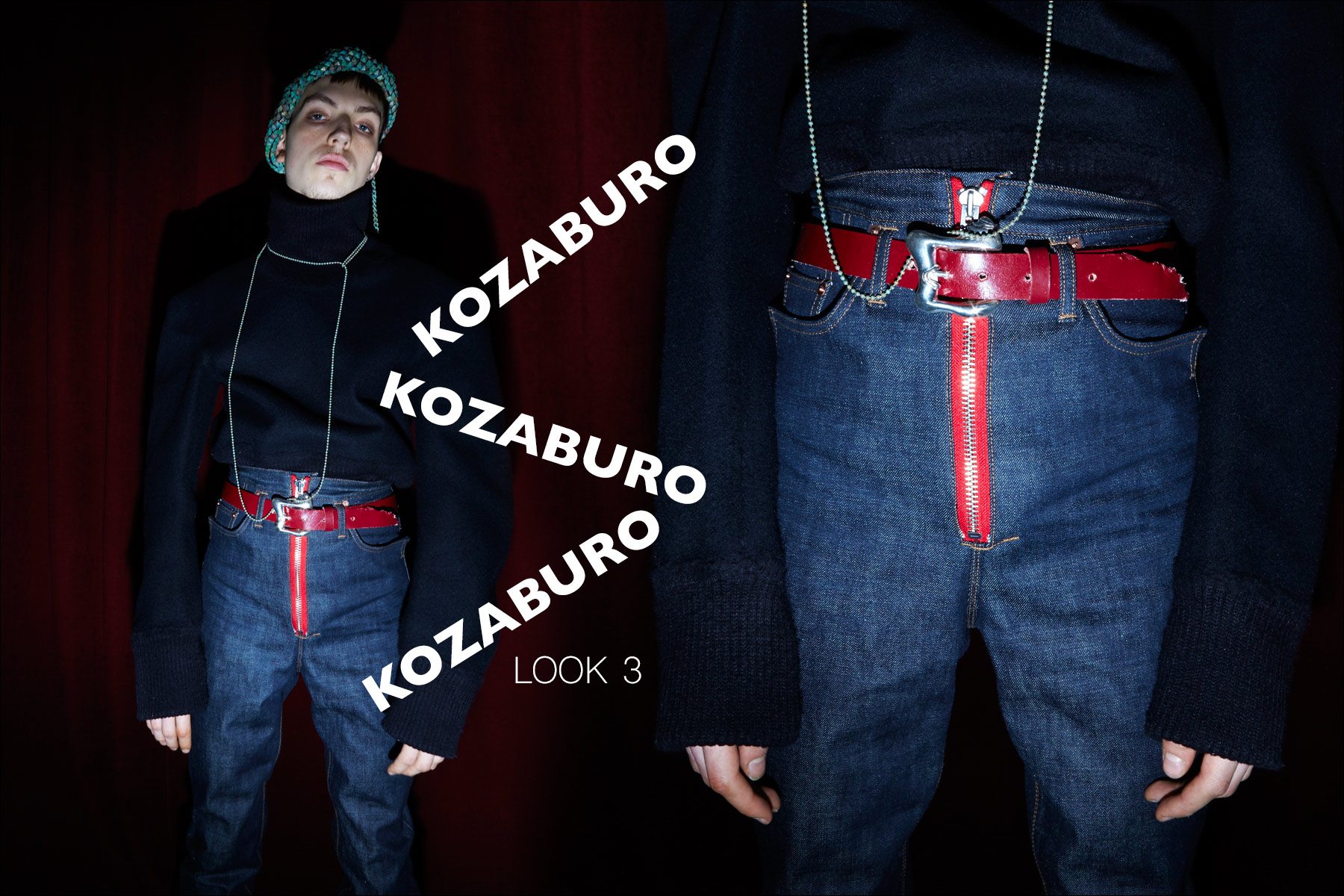 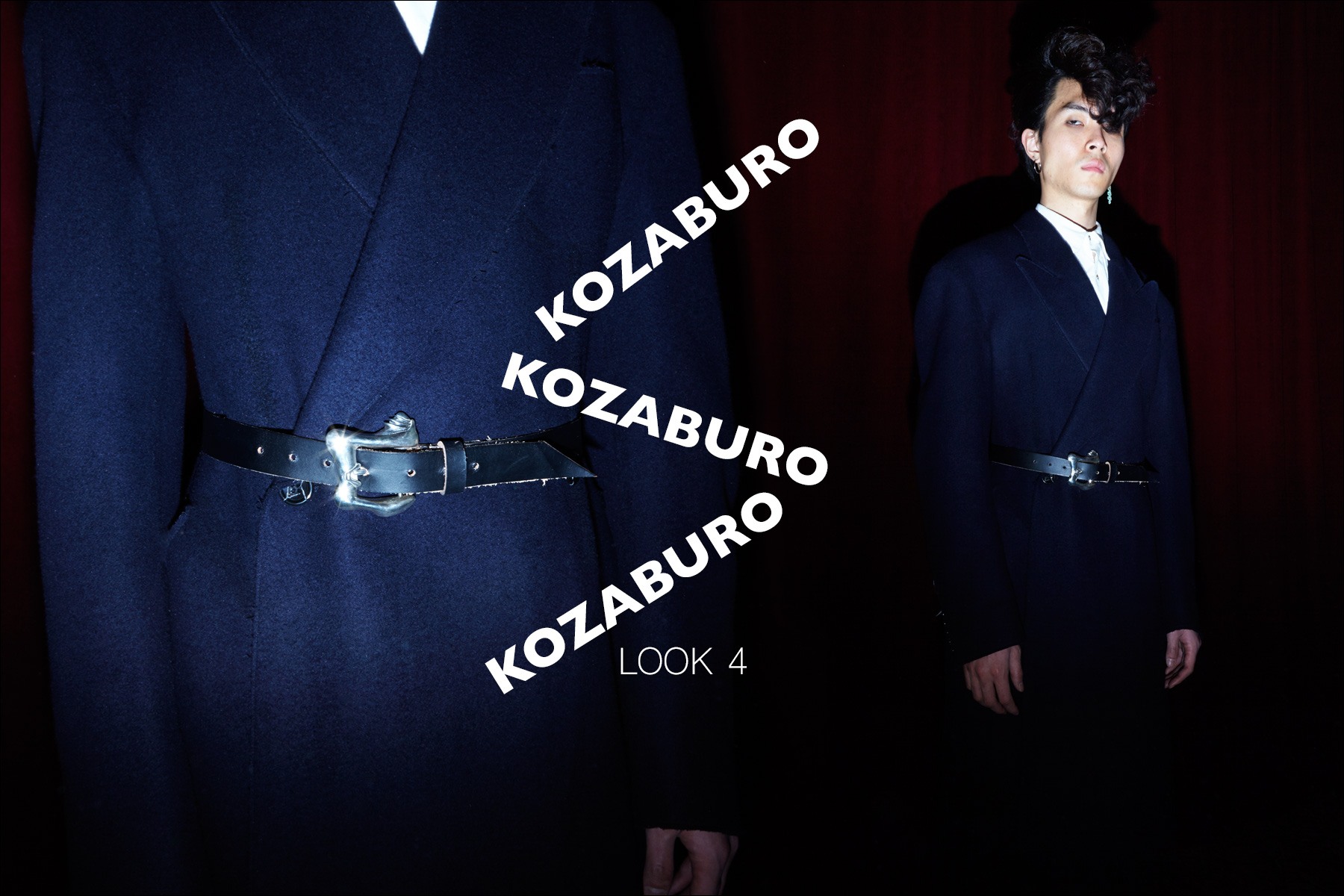 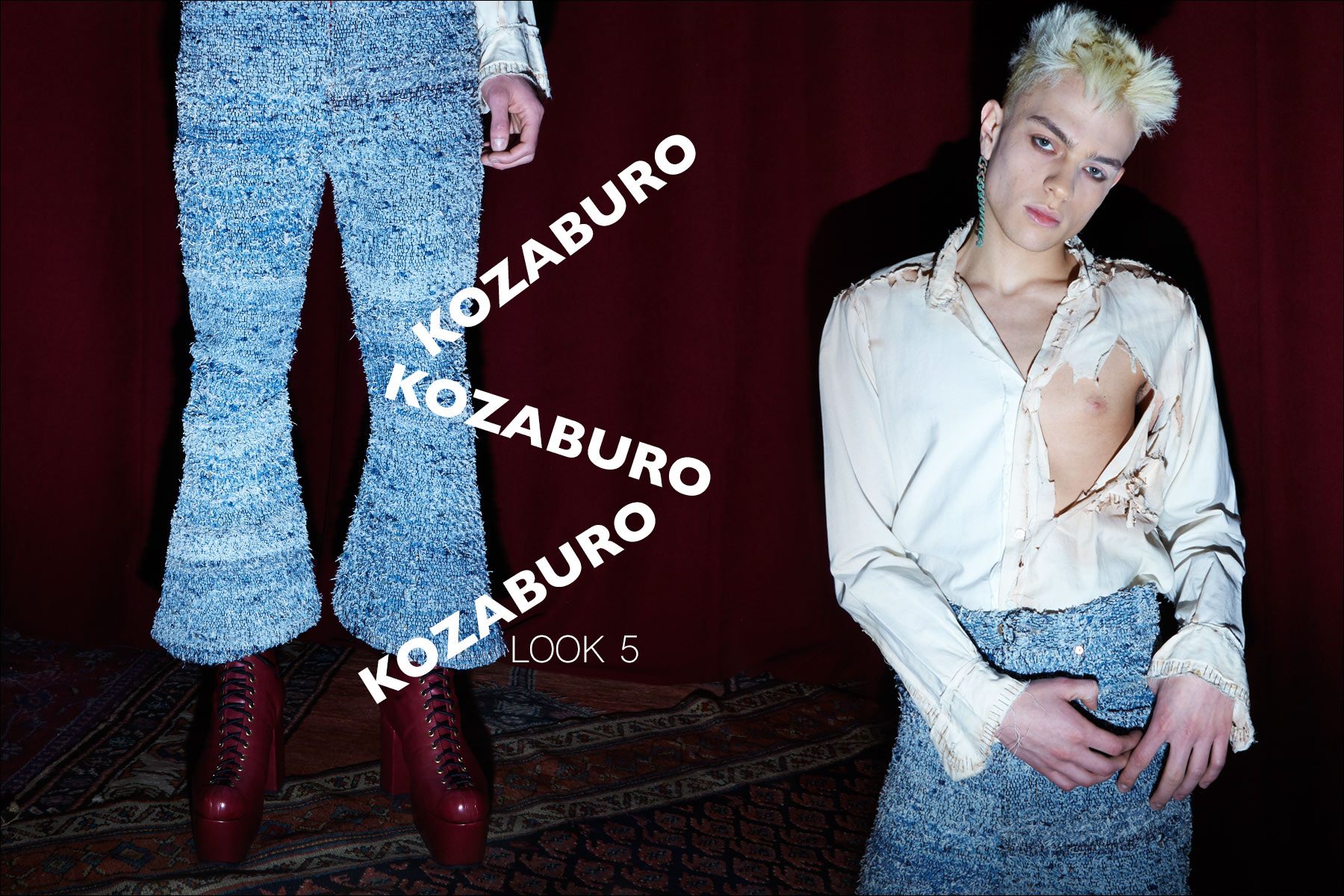 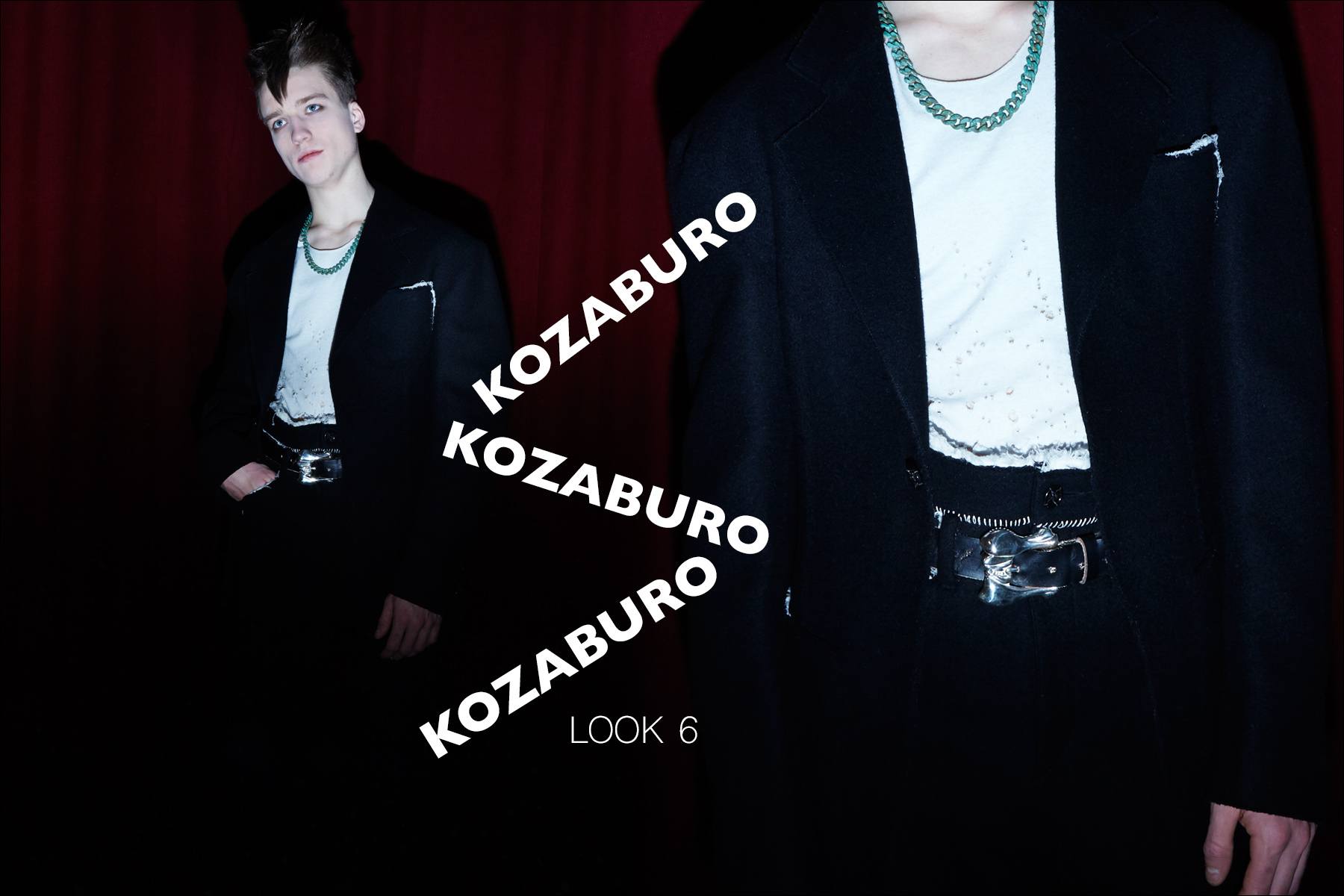 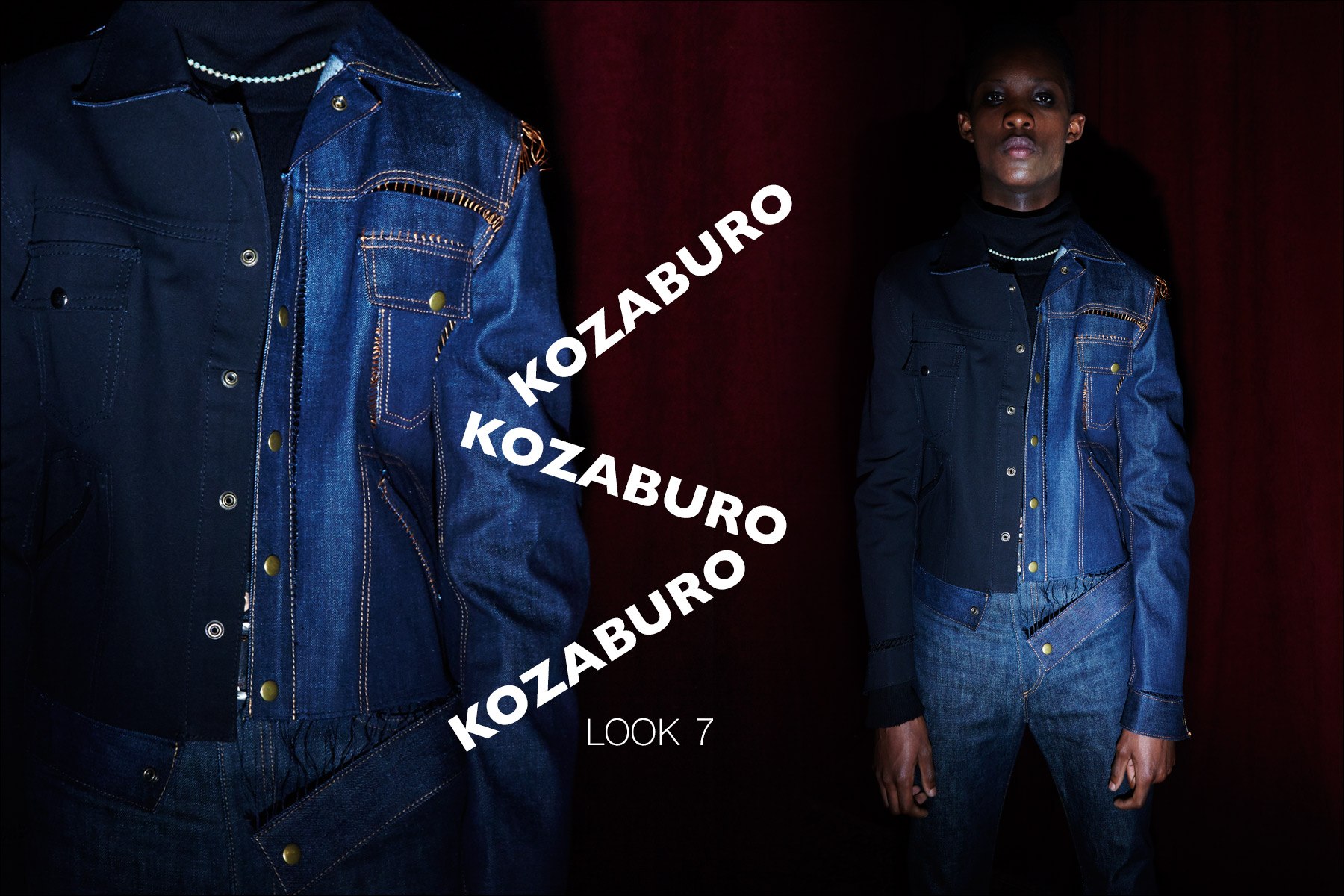 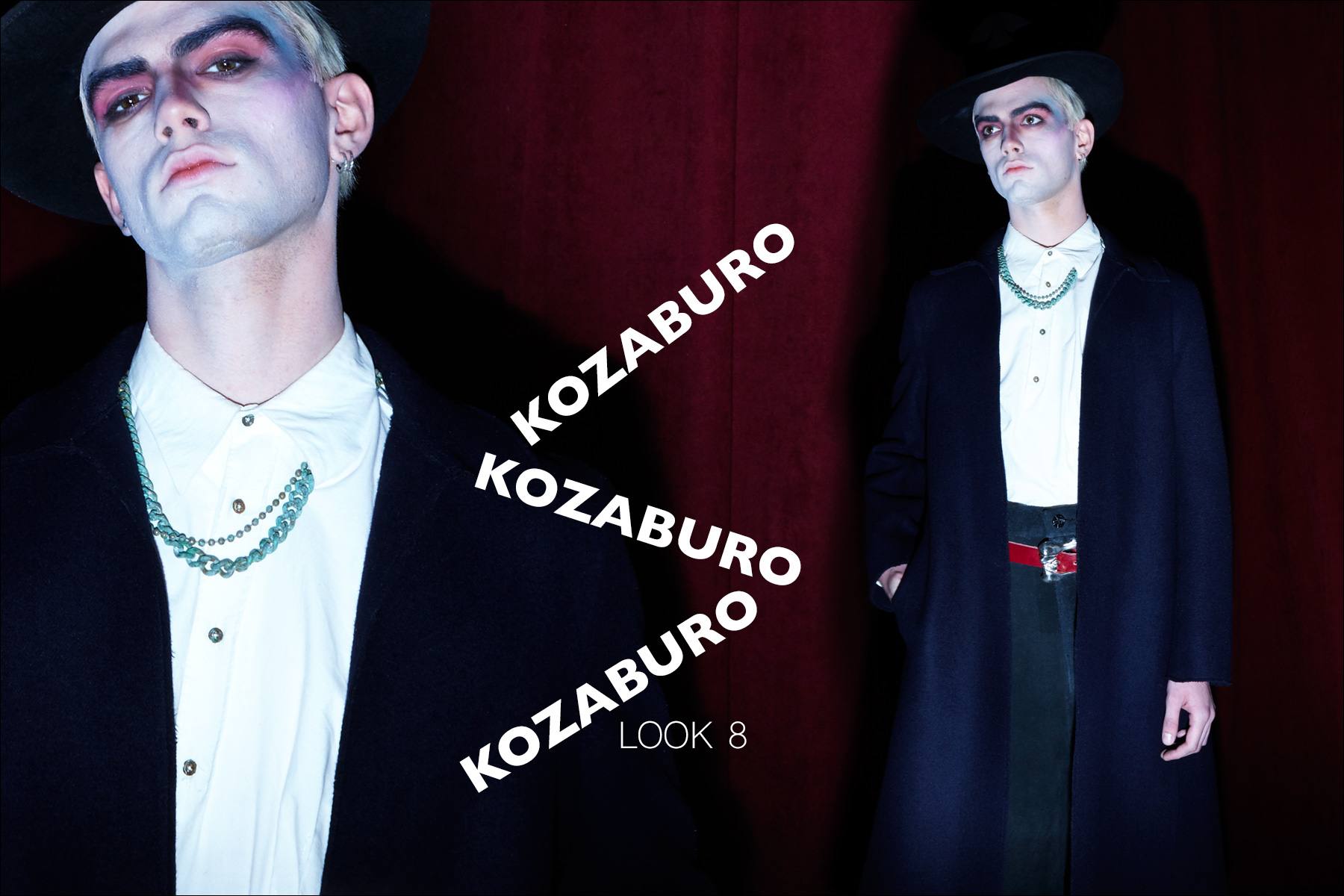 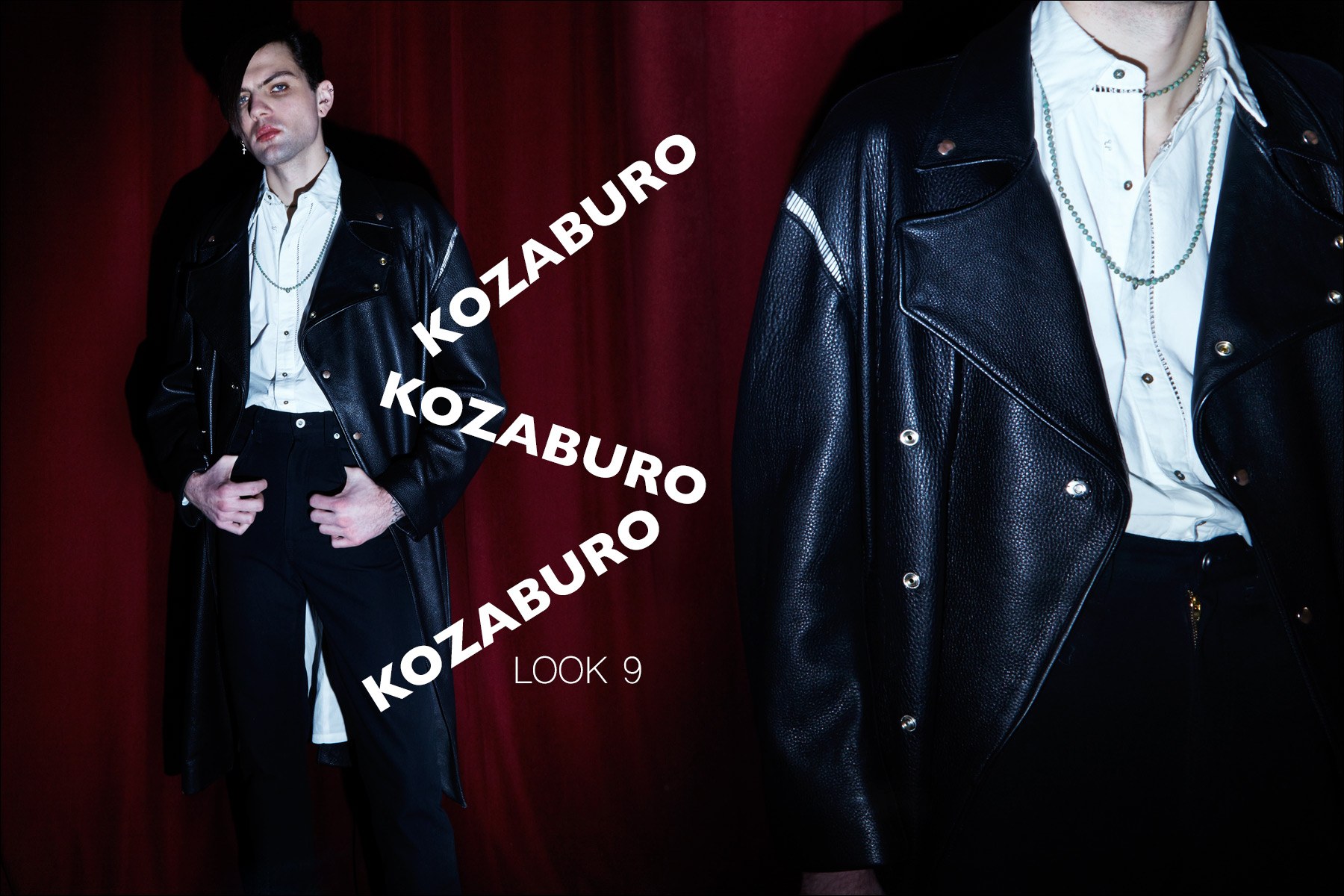 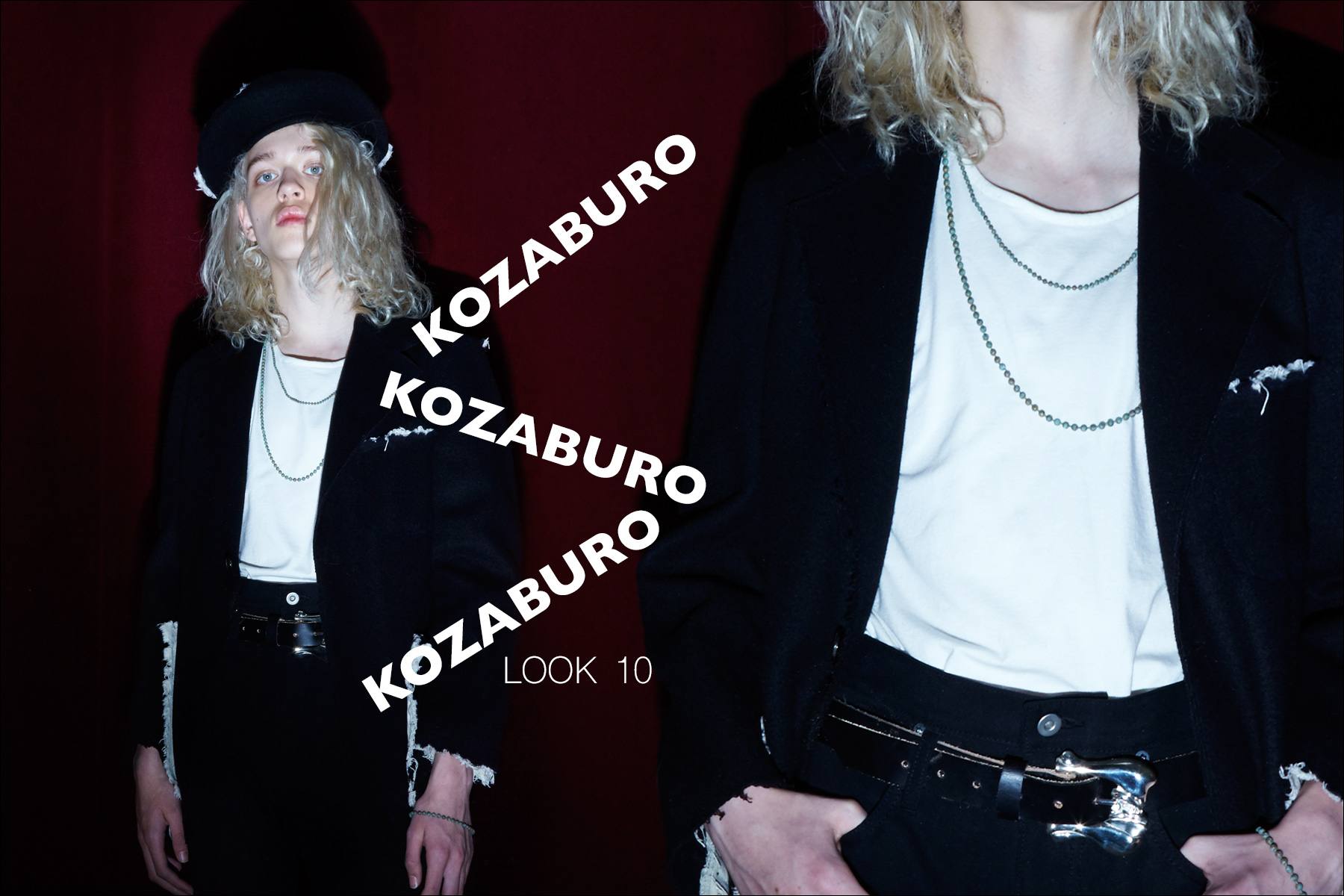 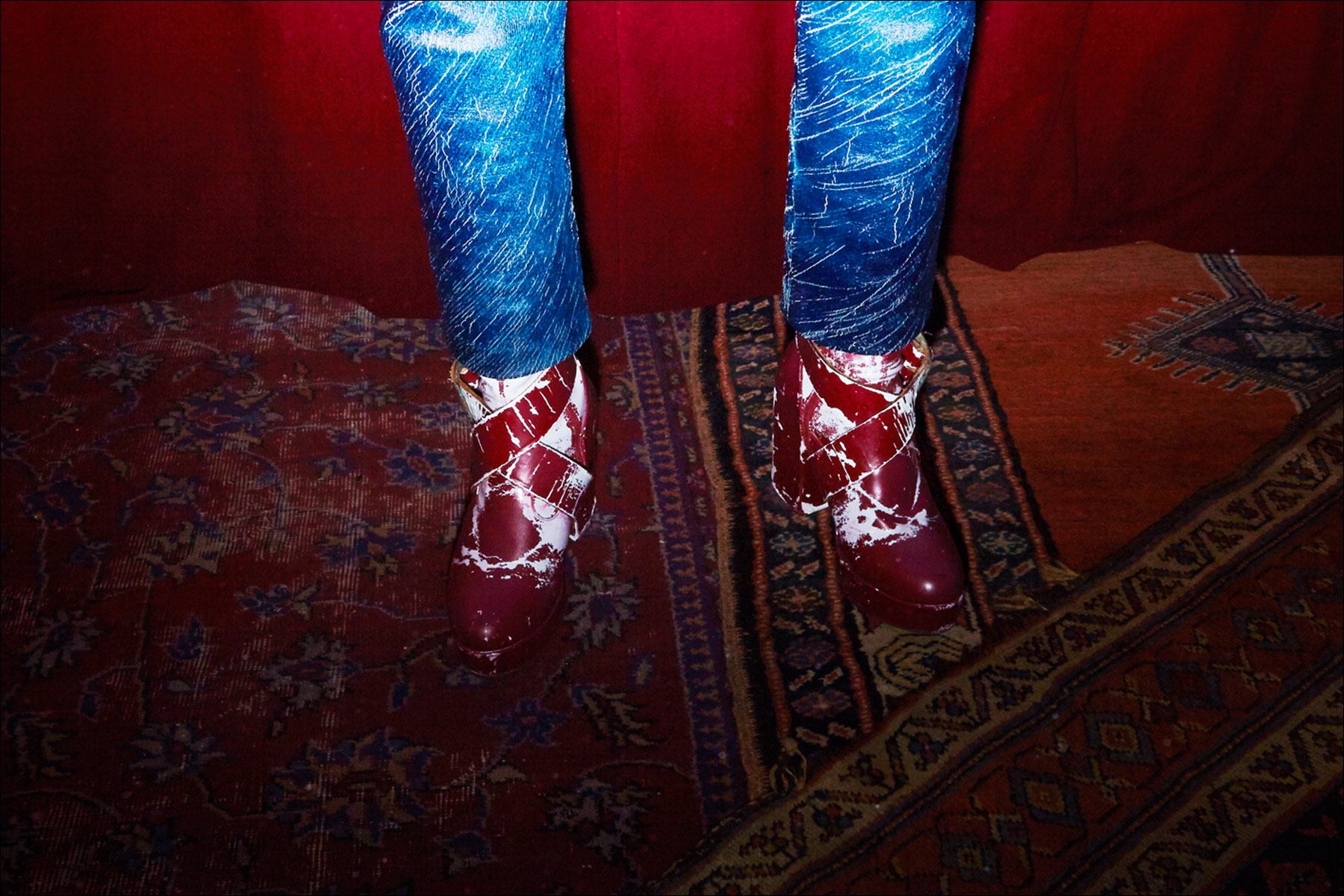 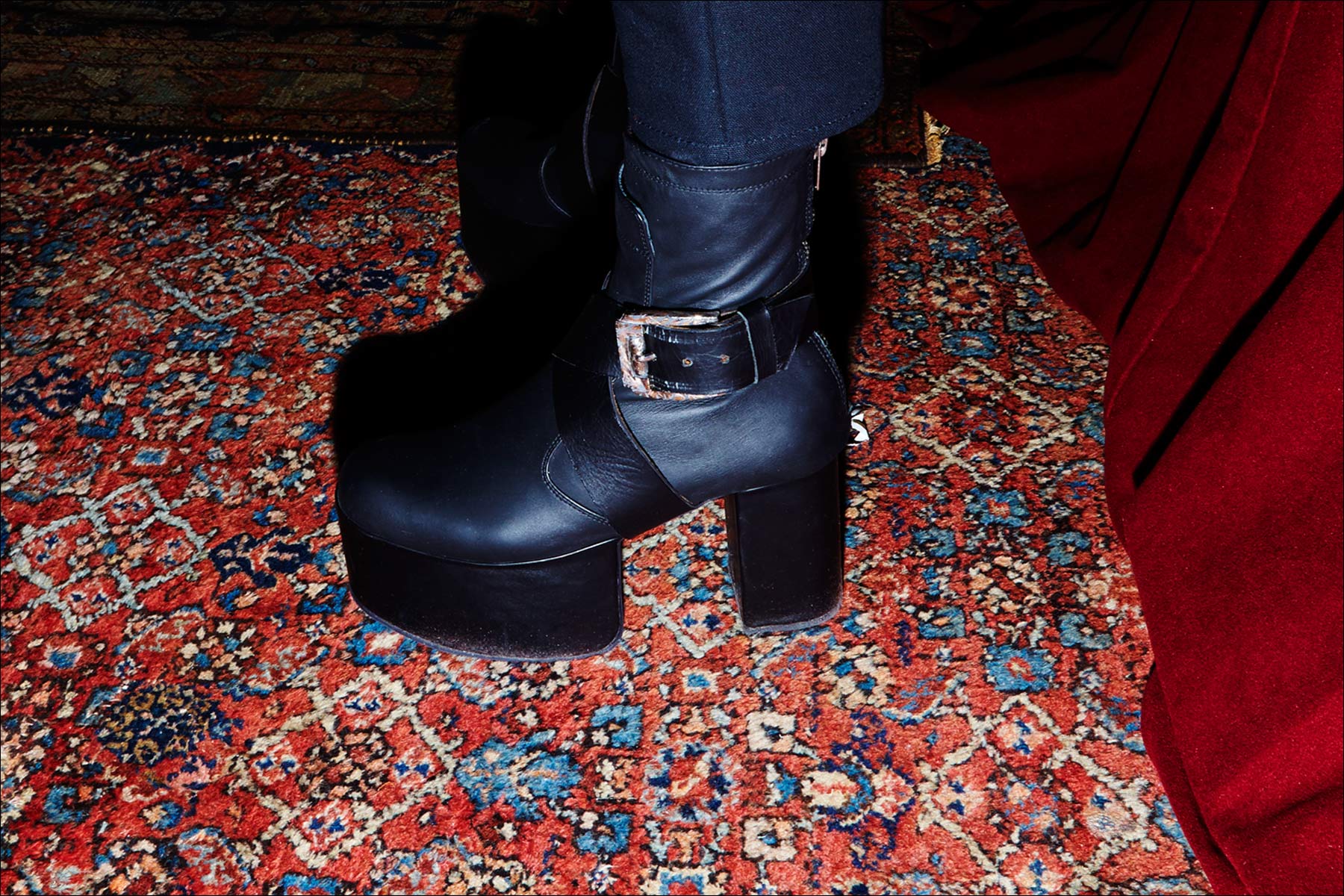 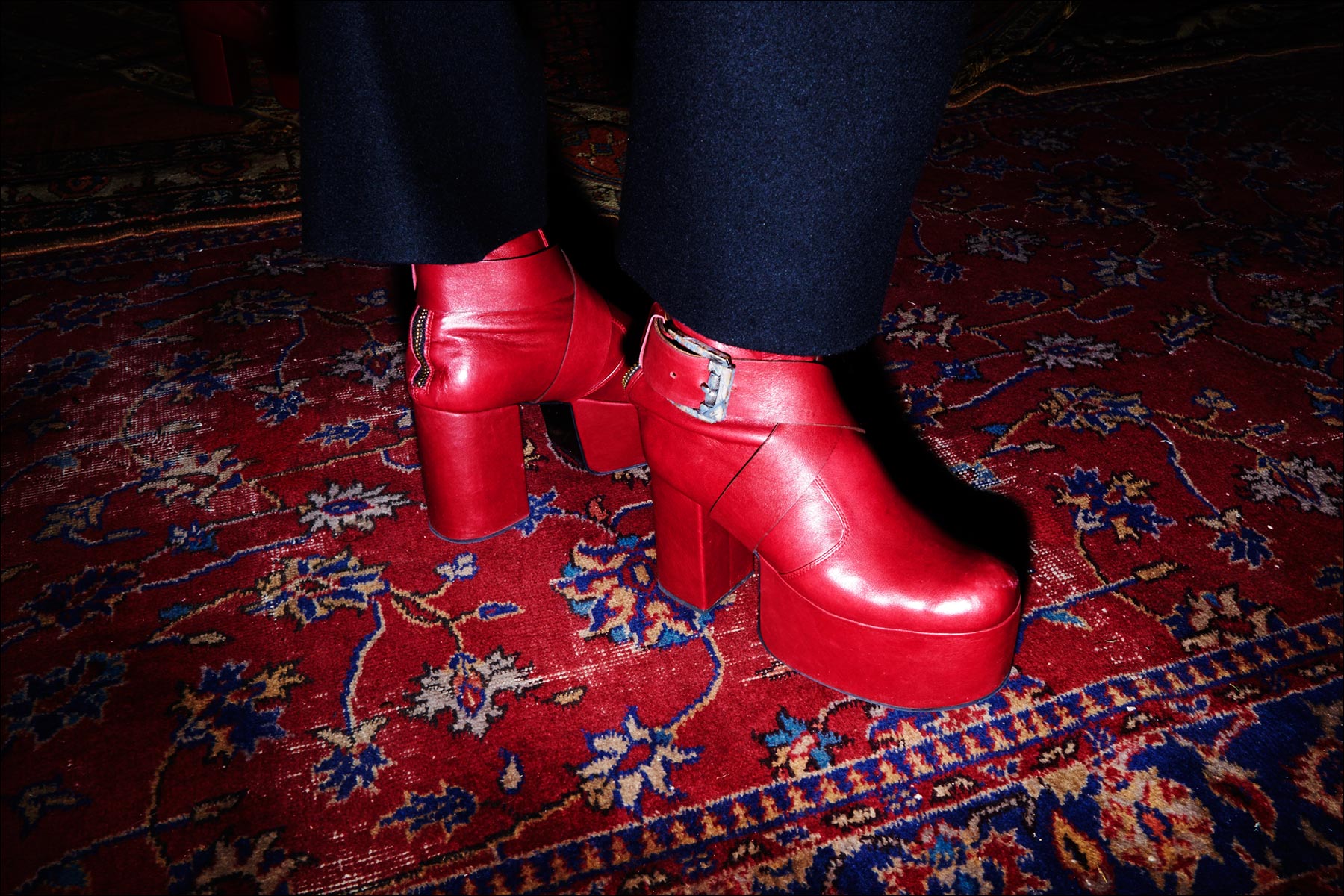 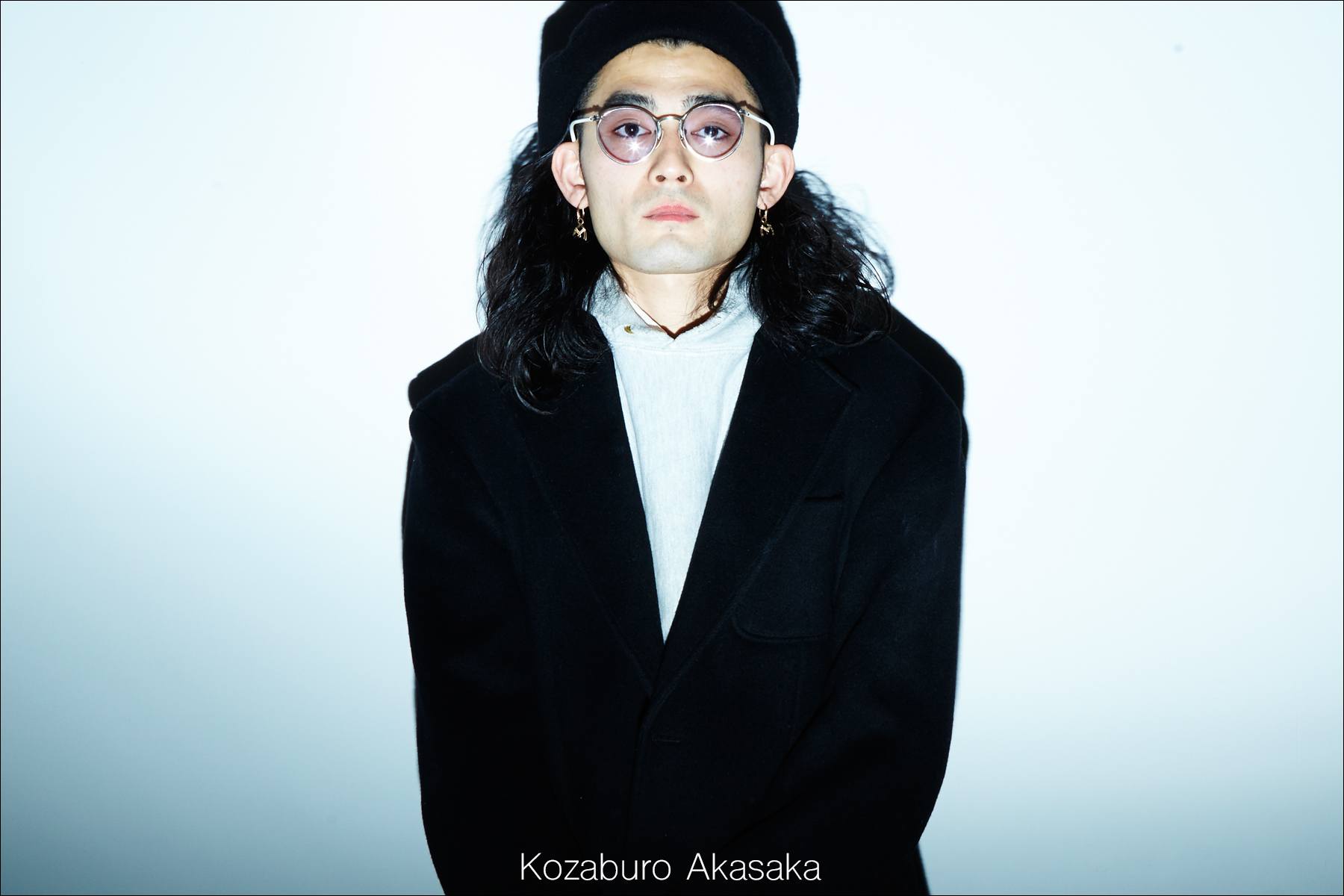 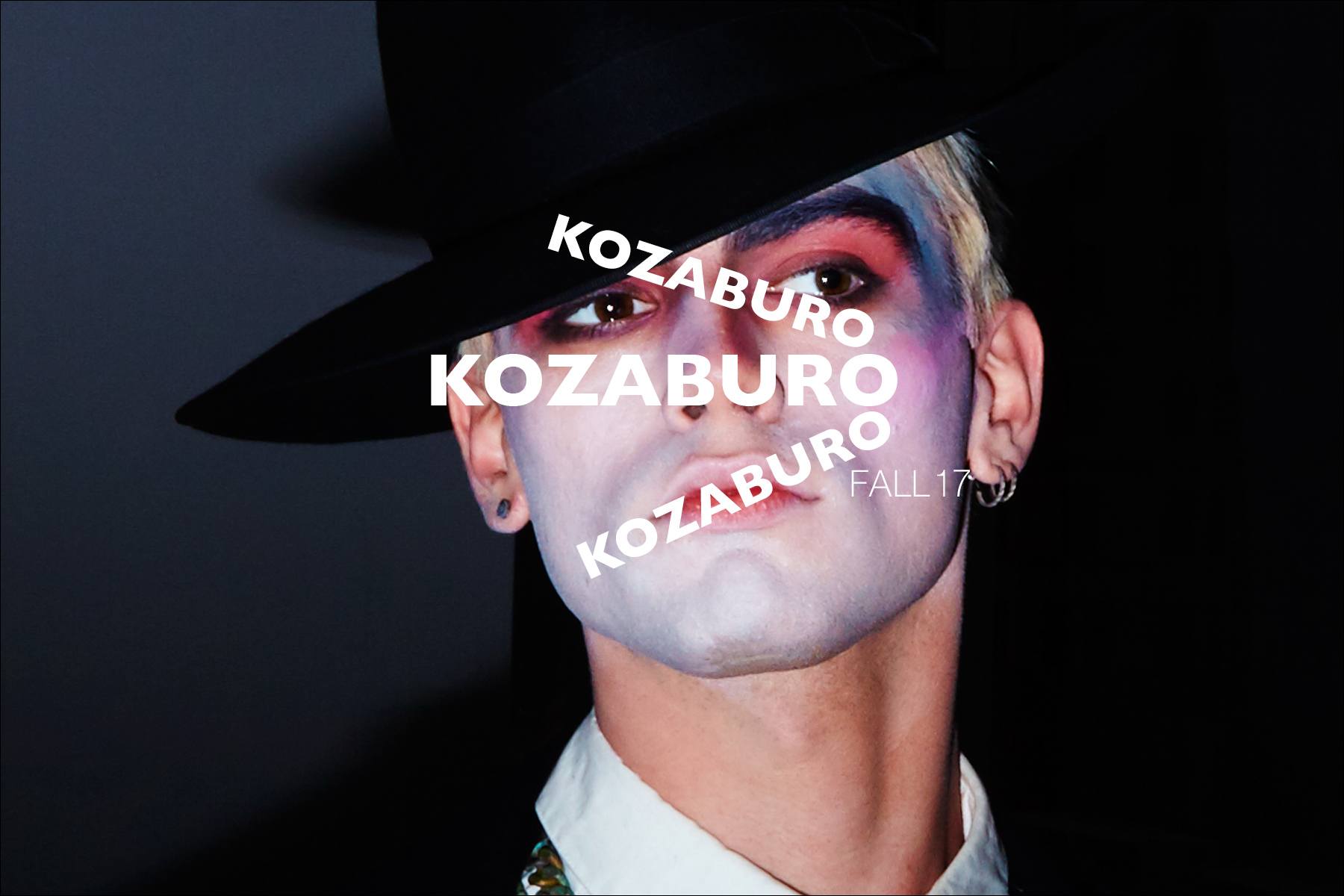 Menswear label Kozaburo gave us everything that we crave – PUNK! GLAM!! GOTH!!! for it’s Fall 2017 collection. Shown during the first day of men’s fashion week, Japanese born designer Kozaburo Akasaka assembled deconstructed looks that were just short of brilliant. Pants were very high-waisted, overcoats were belted, and these looks were paired with 70s glam rock, over-the-top platform boots. There was an incredible shredded white men’s dress shirt worn on a bleach blond model, that seemed reminiscent of something Adam Ant may have worn back in the early 80s. Another look nodded to Bowie’s “Thin White Duke” era, yet much darker. Oh! And there’s that jean jacket that was a deconstructed masterpiece. The designer showed 10 very strong looks which succeeded in giving off that underground, rebellious young kid effect that Ponyboy just loves. We were mesmerized by everything about it, and Kozaburo won us over as our favorite new menswear designer. We’ll keep watching closely! Photography Alexander Thompson https://www.kozaburo.com/ 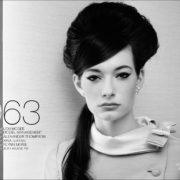 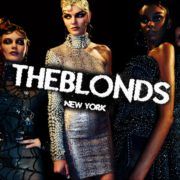 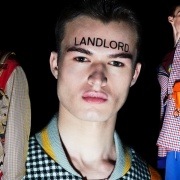 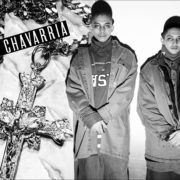