Marco Castro is a New York City based filmmaker and makeup artist working in the high-end world of fashion. Of Peruvian descent, Castro’s films are a strong yet beautiful statement on young Hispanic culture. The subjects are living their “American” dreams. Castro’s most recent film for the talented menswear designer, Willy Chavarria, is mesmerizing. And his makeup is just as fantastic as his film work. We were excited to interview him and showcase some of his fabulous work for our readers. Photography Dimitrios Poppis.

PONYBOY:   Marco, you are of Peruvian descent. Before we get into your filmmaking, please tell our readers about your upbringing.

MARCO CASTRO:  Yes, I’m fortunate to have been born in Peru. My mom migrated to the U.S when I was less than a year old, and I came to live with her years after in Paterson, NJ, aka “Little Peru.” While still in Peru, I was nurtured by my grandmother, whom I owe all of my most crucial senses, my appreciation for good food and everything botanical.

PONYBOY:   We know you work primarily as a makeup artist, but we were unaware of your work as a director. How did you get into making films?

MARCO CASTRO:   I think many people are unaware of my film work, but that actually came before makeup. I started studying theatre and dramatic arts when I was probably 8 or 9 years old at The Lima Art Museum, an impressive architectural piece whose structure was designed by Gustave Eiffel.

As a kid, I remember being obsessed with renting foreign films on VHS tapes from a video rental place that was super far from my grandmother’s house; I had to take two different buses to get there, and I would go at least 3 times per week. Pretty insane for a kid now that I think about it, but I guess that’s where I began educating myself on cinema. As an adult, I moved to Spain to continue my theatre studies, and that is where I started experimenting and shooting small video art pieces and short films that I would screen at different venues and galleries. I consider this period the foundation of my technical education. There’s nothing like being hands-on and filming. I used to shoot any crazy idea that came to mind with my friends’ help to playing characters, make costumes, build sets, or pose nude for me.

PONYBOY:   You’ve received a fair amount of nominations for your work, which is quite impressive. How long have you been making films?

MARCO CASTRO:   My first officially selected film was a film called El Amor. (Love), 2004, a silent B&W film inspired by the Surrealist movement. When I heard we were selected at a festival for it, I couldn’t believe it because literally, I made this film with a small camcorder and 10 euros. So I would consider this was my first legit film.

PONYBOY:   Your body of work is primarily in fashion/beauty films. Did being a makeup artist help you with jumping into fashion films?

MARCO CASTRO:   Beauty and fashion have been part of my daily work as a makeup artist for many years, making makeup the primary medium to express my vision. I think I’m at a point now where all of my work and life experience are merging into oneness, but fashion and branded films are an extension of my work in beauty. They just come naturally.

PONYBOY:   Your work is very modern and beautiful, but with an edge. Tell us what inspires your filmmaking.

MARCO CASTRO:   Thank you, it is always gratifying to know that other artists appreciate your work! I try for my films to reflect the time I currently live in, whether it be physical or introspectively. Absolutely everything around me and my surroundings inspire me, news, music, close friends, sensations, places, smells, dreams, strangers. Still, most importantly, I try to tell stories that I can personally relate to.

PONYBOY:   How many films have you done?

MARCO CASTRO:   I guess that depends if I count the ones I did as a kid. hehe. I’m not sure but definitely not enough yet.

PONYBOY:   Can you tell us your process of making films? Do you storyboard your ideas? Is your editing process grueling?

MARCO CASTRO:  This is always a tricky question to answer as I don’t have a particular structure I follow; every project comes in many different ways, but I can tell you that I always follow my gut. Some projects need a longer time to develop, and the process could take years, while others require immediate execution. Some start from a script, some from a mood board or look book, and storyboards come after gathering enough visual information and research. The editing process could sometimes be exhausting, but it is usually the phase when I see all of my team’s hard work come into place.

PONYBOY:   In your bio you mention working alongside filmmakers such as Spike Jonze and Pedro Almodovar. We imagine you must have learned quite a lot working with such greats. What did you pick up being around these directors?

MARCO CASTRO:    To watch Jonze on a set is an extraordinary experience; from his camera angles and the way he plays with depth and layers, it’s pure magic. While being in Almodovar’s world feels like home to me, he is undoubtedly one of the greatest; his attention to detail, vibrant colors, love for women, sense of humor, and everything he does transports you into his world.

PONYBOY:   We really loved watching Manuela, your underground film from 2006. We see slight references to Almodovar, with the humor and wild makeup. Do you do the makeup in most of your films?

MARCO CASTRO:    Thank you. I’m glad you enjoyed Manuela. Yes, the film was shot in Madrid when I was very much involved in his world. In fact, a few of the actors have worked with him multiple times, and the film was produced by Loles Leon. Known for her role in Tie Me Up! Tie Me Down!, so yes, the film is an Ode to him, Cassavetes, and the Dogme 95 manifesto. I did not do the film’s makeup but was very much involved in the process when we were building the characters. Although I become a bit of a control freak while shooting most times, I try to not do the makeup myself but have someone else do it.

PONYBOY:   We first became aware of your name from the fantastic makeup you’ve done for menswear designer Willy Chavarria, a favorite of ours. We’re enamored with his bold designs and vision, the aesthetic of Latino masculinity. Can you tell us about your makeup and film collaborations with him? We really love the most recent Willy collaboration!

MARCO CASTRO:   I agree with you. Willy is a super talented fashion designer, but the importance of his brand’s voice is something I personally relate to very much. The makeup and film work for him are natural and organic, and the result is always a synergistic effect. I could not be happier to work with him and his team.

PONYBOY:   The films To Be an American and We, Mexicans are strong statements on Latino culture. Being of hispanic background, are you more drawn to take on a project with this sort of statement?

MARCO CASTRO:   Yes, both films are bold and firm statements of who I am and where I come from; as I mentioned before, I think it is essential to tell stories we can personally relate to, and more than ever, it is crucial to make use of our voices to inspire others. Although both these films are a reaffirmation of where I stand as an artist, it does not mean that I wouldn’t take on any other subjects as long as there’s some sort of connection to it.

PONYBOY:   Please tell us your thoughts on the direction of the U.S. government in the past four years, primarily in response to President Trump’s building of the wall, as well as the treatment of immigrants, for example, separating children from their parents at the border.

MARCO CASTRO:   Like much other south of the border countries, the U.S. problem is not only about immigration but also about classism and social status. America and Latin America are built on colonization; it is heartbreaking that all of these have been forgotten. Do you know that there’s a wall called the “Wall of Shame” that divides the rich and the poor in Lima, Peru? How could this be possible? How could someone feel better than others based on how much money we have in the bank?

PONYBOY:   No, we didn’t. That’s really horrible! Back to something more uplifting, what’s it like working with the super fabulous makeup guru, Francois Nars? Not only is his makeup divine, but his photography work is quite astounding as well.

MARCO CASTRO:   Working alongside Francois Nars and his brand for over a decade has been extraordinary. Not only did I learn how to use a makeup brush or how to build a brand, but being around a visionary mind like him eventually rubs off. He’s a genius, and I’m grateful for everything I mastered from him. His makeup, photography, and availability to create a product are outstanding!

PONYBOY:   As a makeup artist, what changes have you seen in the beauty industry in the past 10 years or so? There seems to be much more diversity and inclusivity in the field.

MARCO CASTRO:   The beauty industry is ever-evolving, just like fashion trends come and go. I’m interested in how we are slowly consciously growing and learning more and more about natural ingredients and sustainability, and I applaud any brand going in that direction. In terms of inclusion, the fashion and beauty industries are uber influential. I think that is about time; not only should we cast more diverse talent for our campaigns, but it is also about time for minority creatives to be recognized and given the opportunities to thrive. At the end of the day, I think it is obvious when a brand uses black or brown models solely for sales purposes.

PONYBOY:   What kind of makeup looks/references would you say excite you the most with your work?

MARCO CASTRO:   I go through phases. When I do makeup, I try to tell a story in a really subtle way. I have many references in my head from films, music videos, paintings, and photography from many different periods. But I guess if there’s a period I tend to go to a lot that and excites me the most is the late nineties, New York 1990’s.

PONYBOY:   Thanks to Covid-19 the past 8 months, how have you spent your time creatively with the demise of jobs, photo shoots, etc.?

MARCO CASTRO:   I’ve never been so busy in my life! From practicing yoga and meditation daily to cooking two meals a day, taking online classes with Sundance, Parsons, Central St. Martins, editing some videos and developing my own beauty brand and a feature film. I would say hectic. hehe. This is crazy times for everyone, and it’s time to be resourceful and get back to our existences true meaning. I hate to get mystical, but this has been indeed awakening for me.

PONYBOY:   And lastly, do you have any future plans for upcoming film projects?

MARCO CASTRO:   Yes, aside from developing my own beauty brand, which is focused on skin, more film collaborations with Willy Chavarria, and a feature film project that I feel very personally attached to. The future is bright! 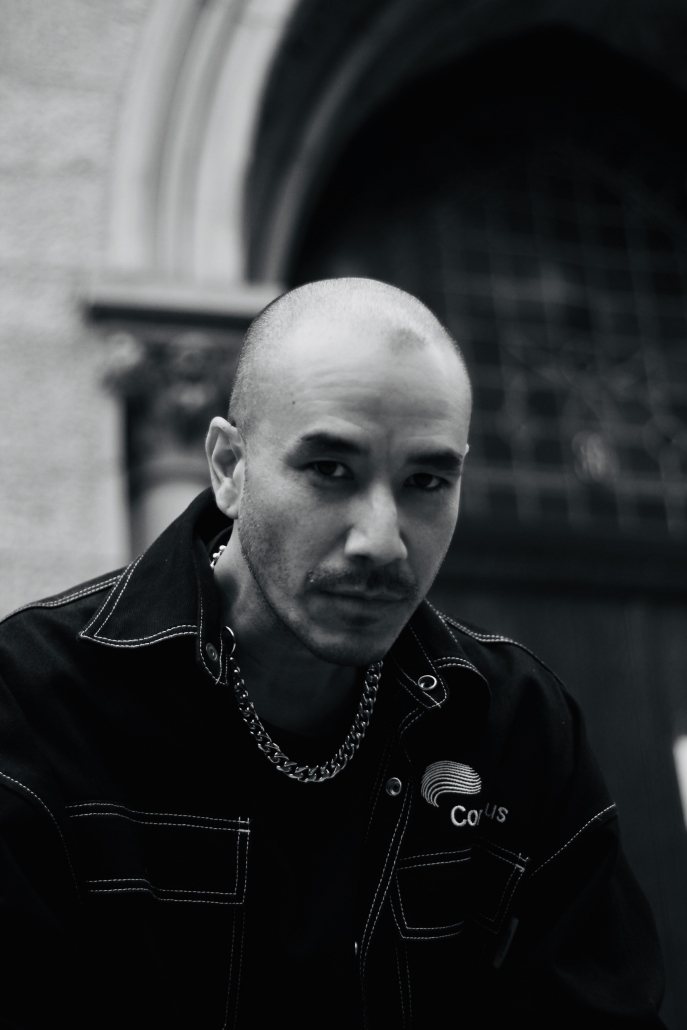 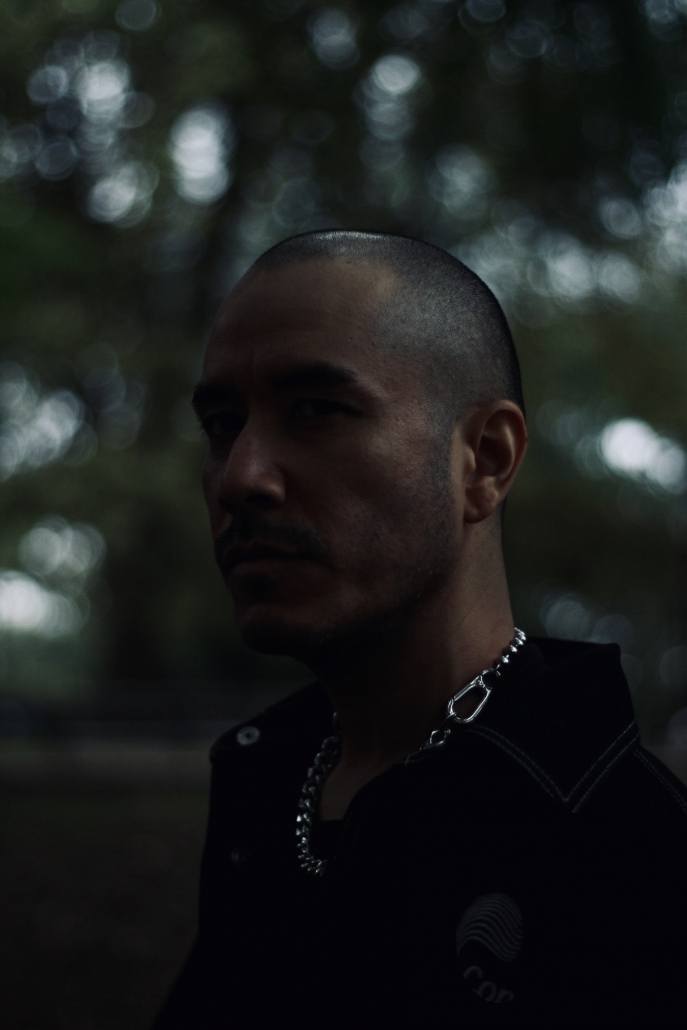