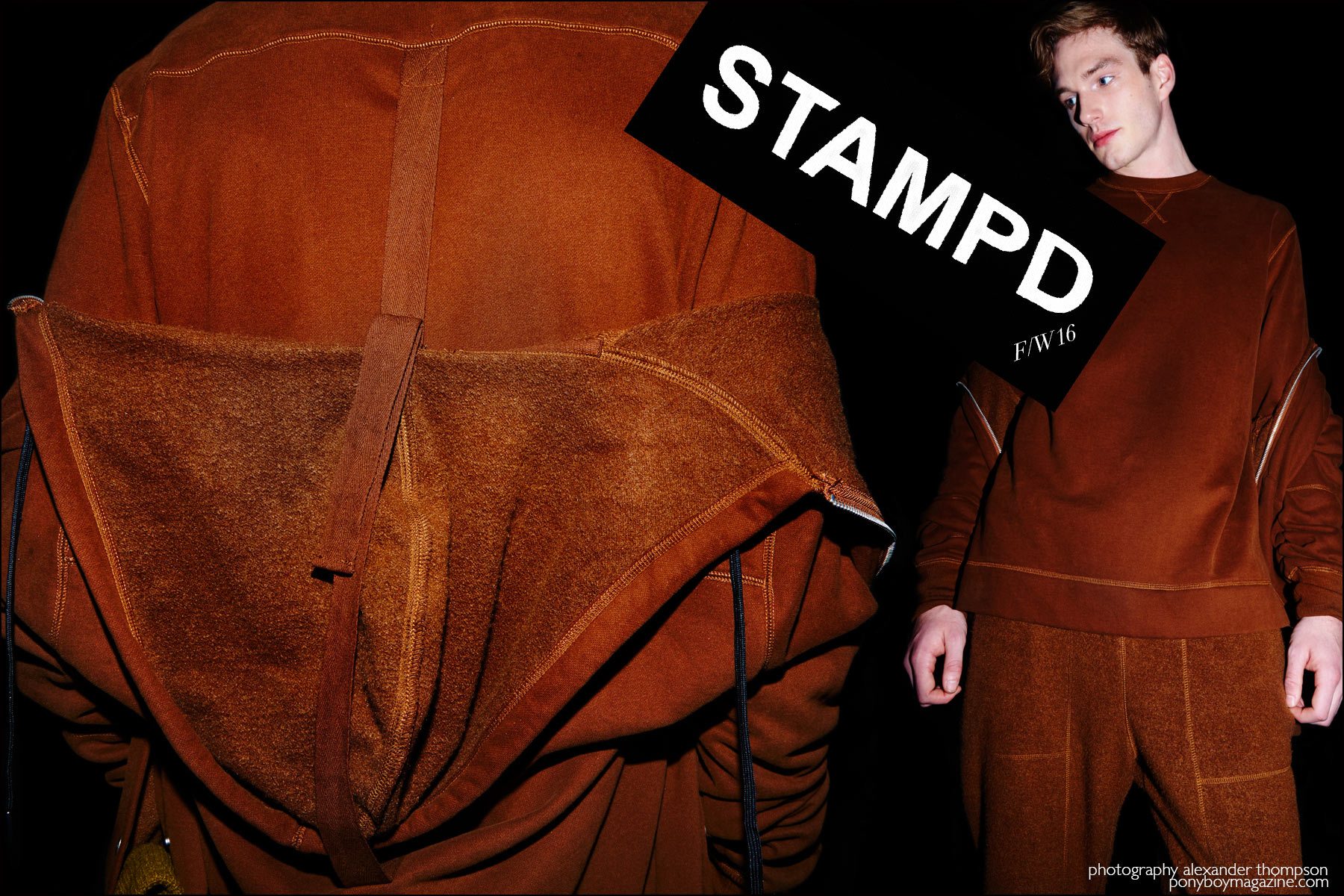 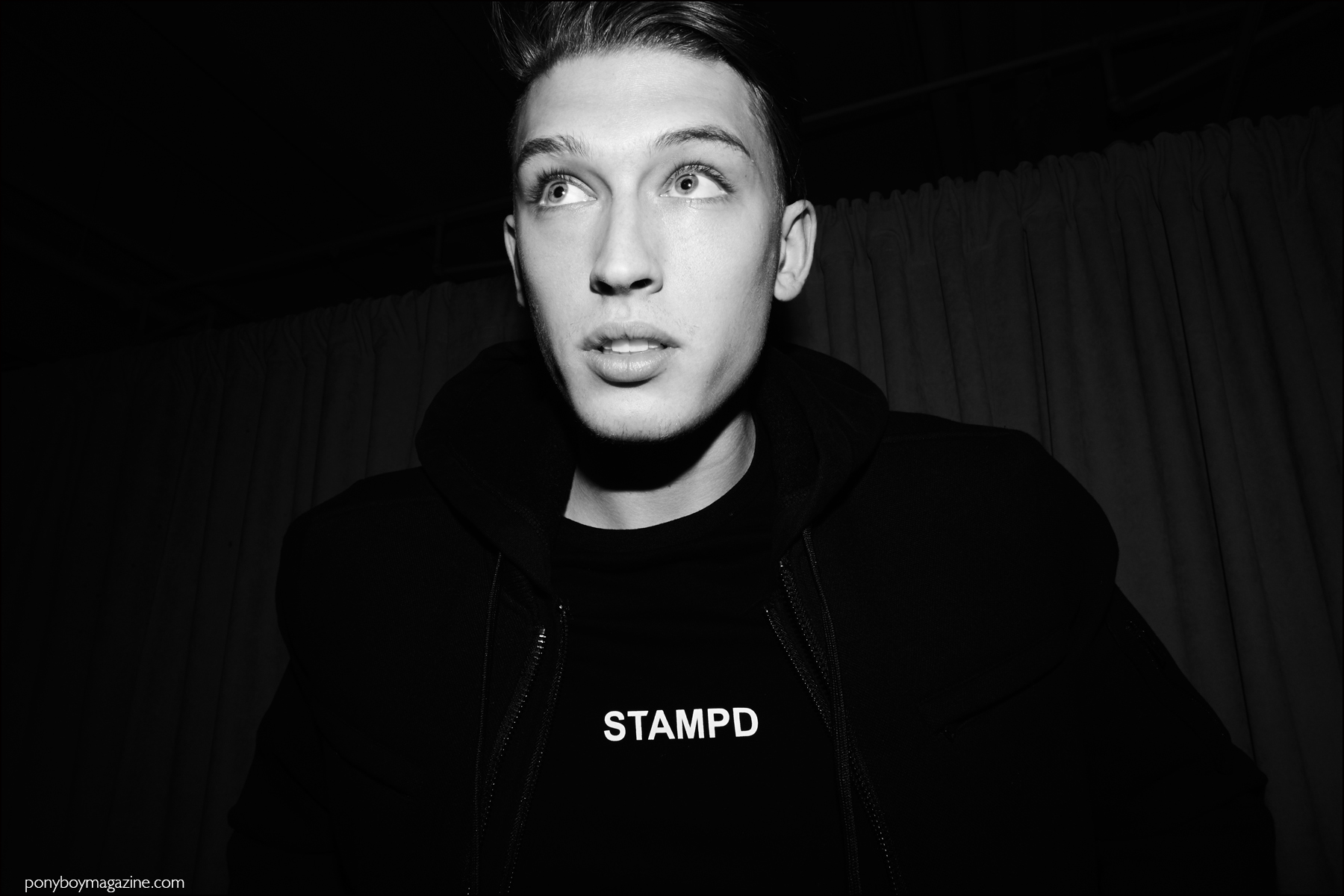 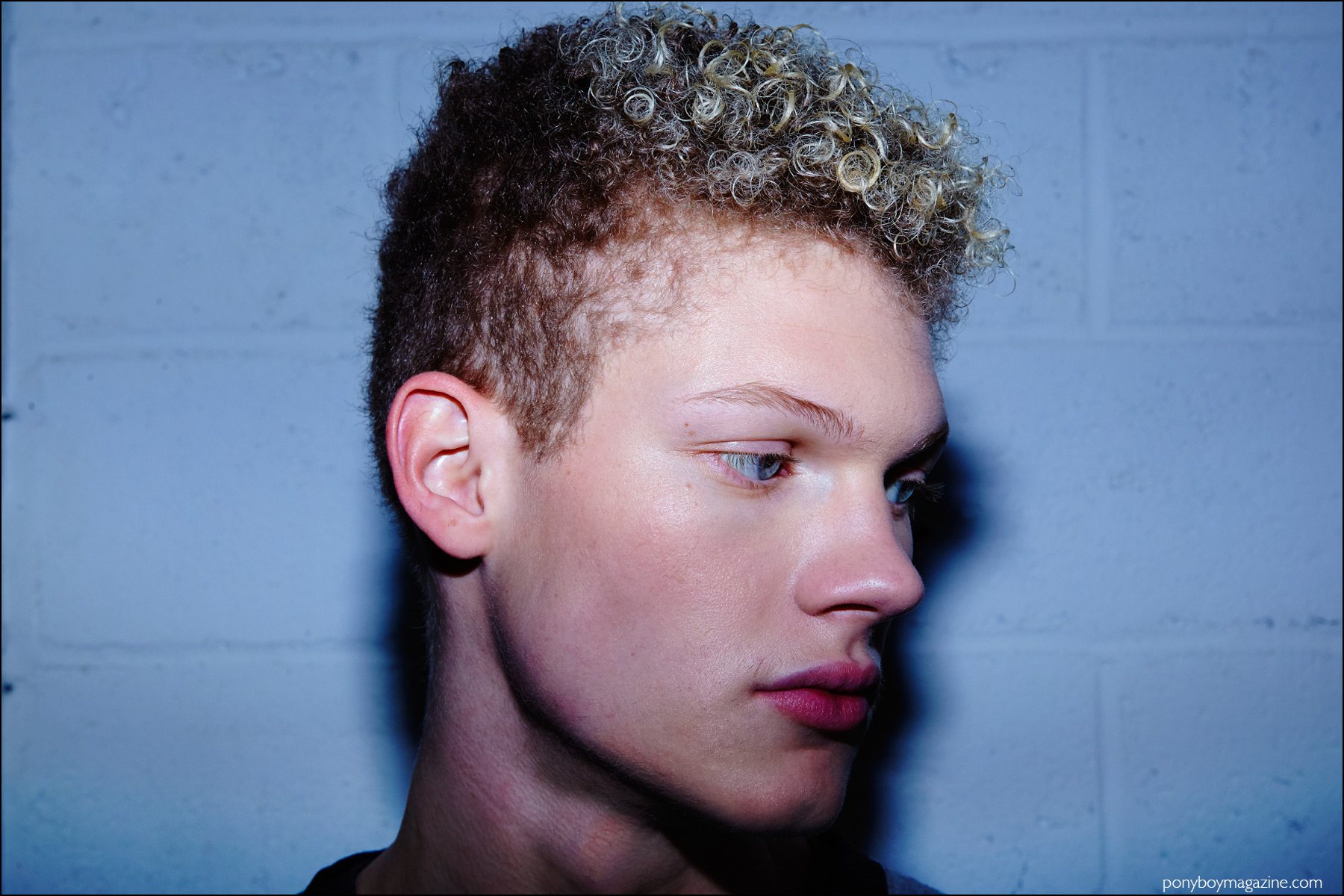 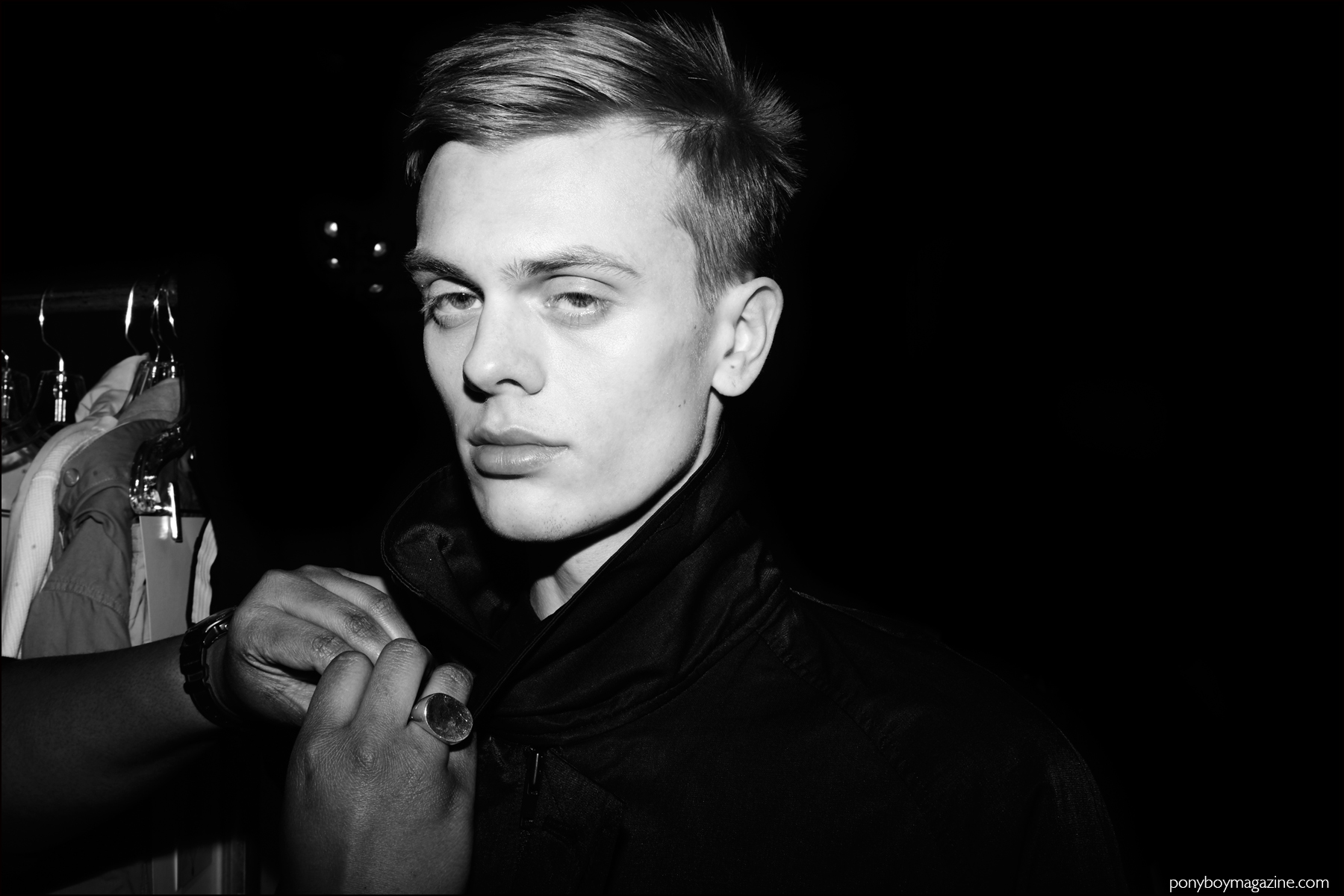 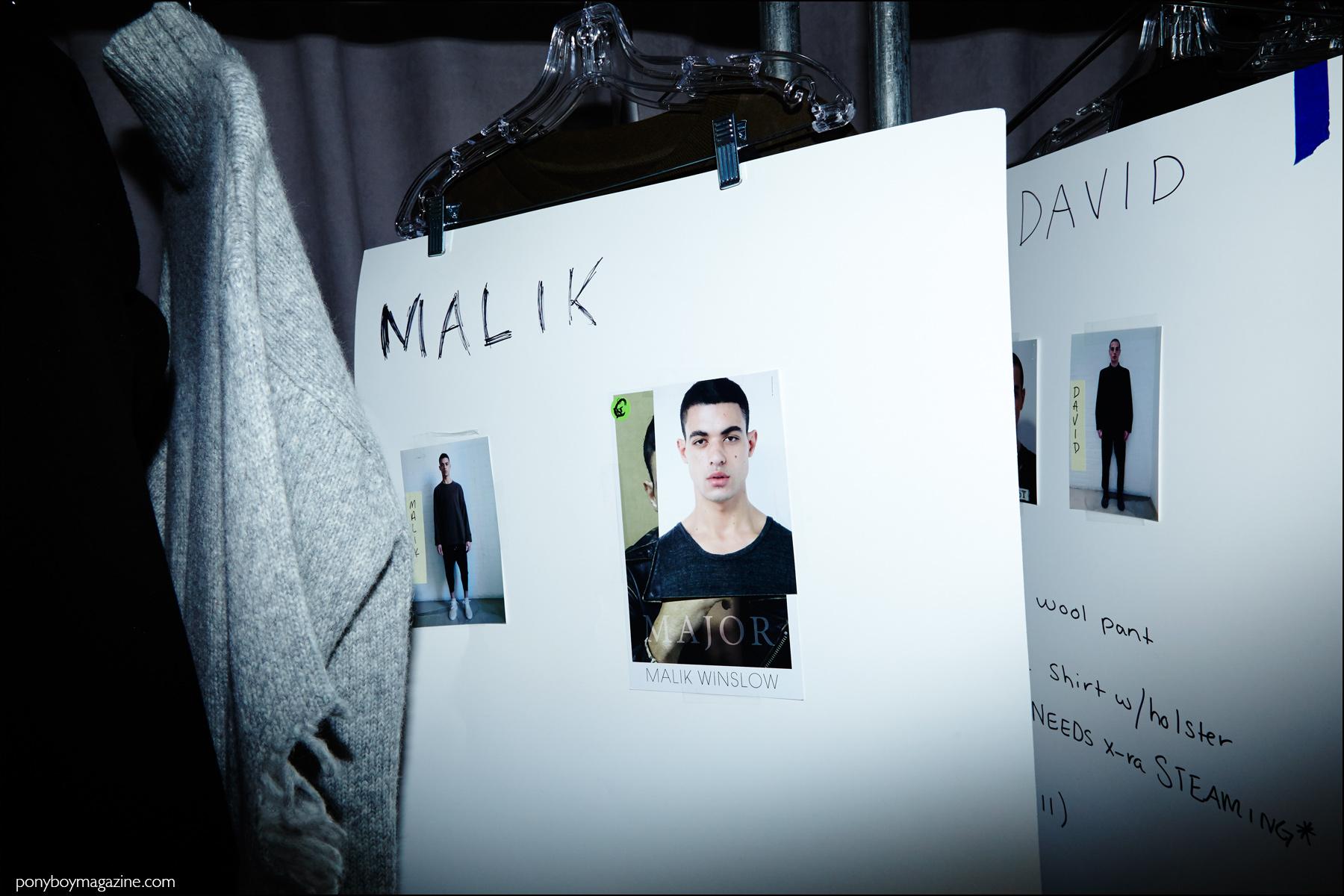 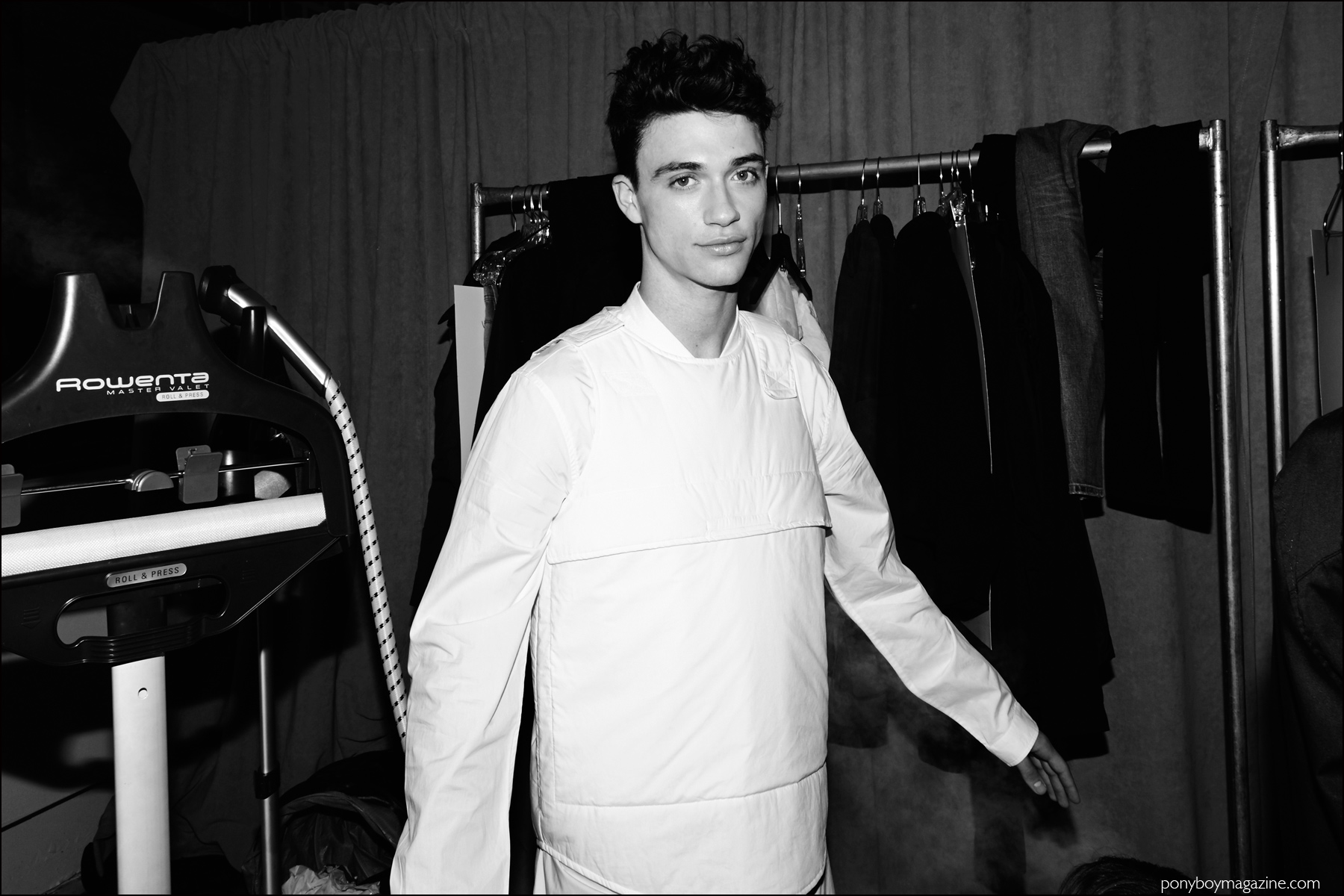 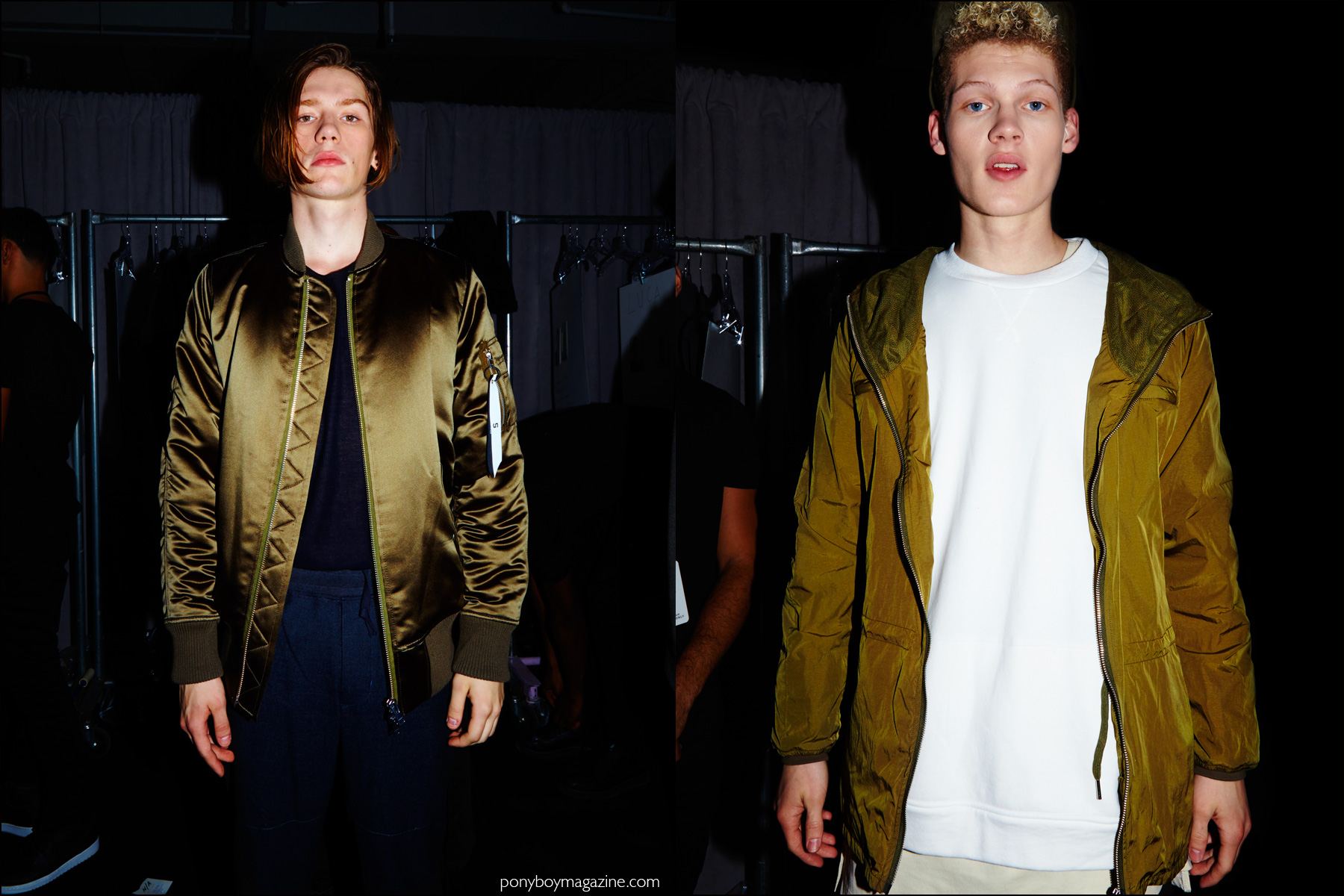 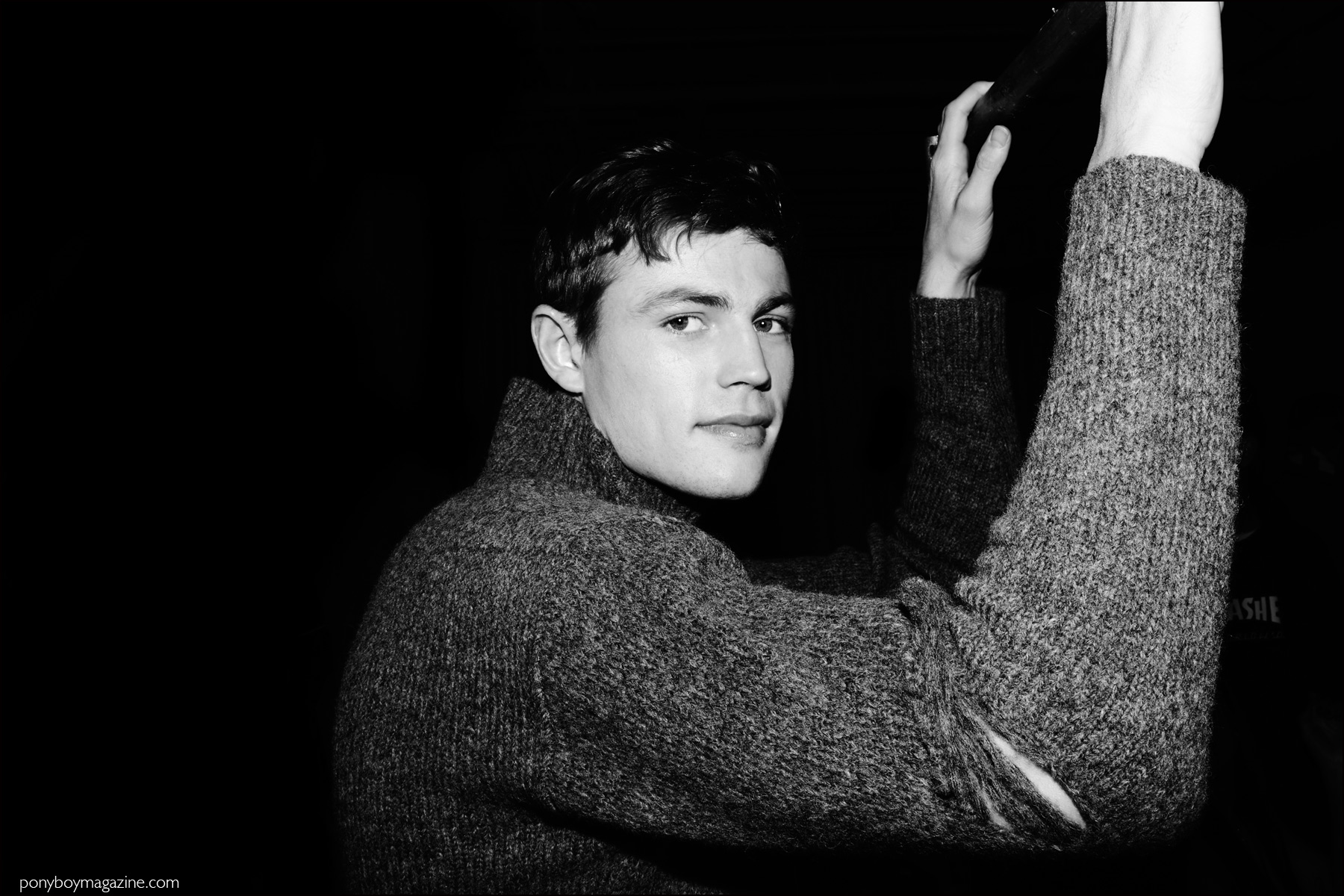 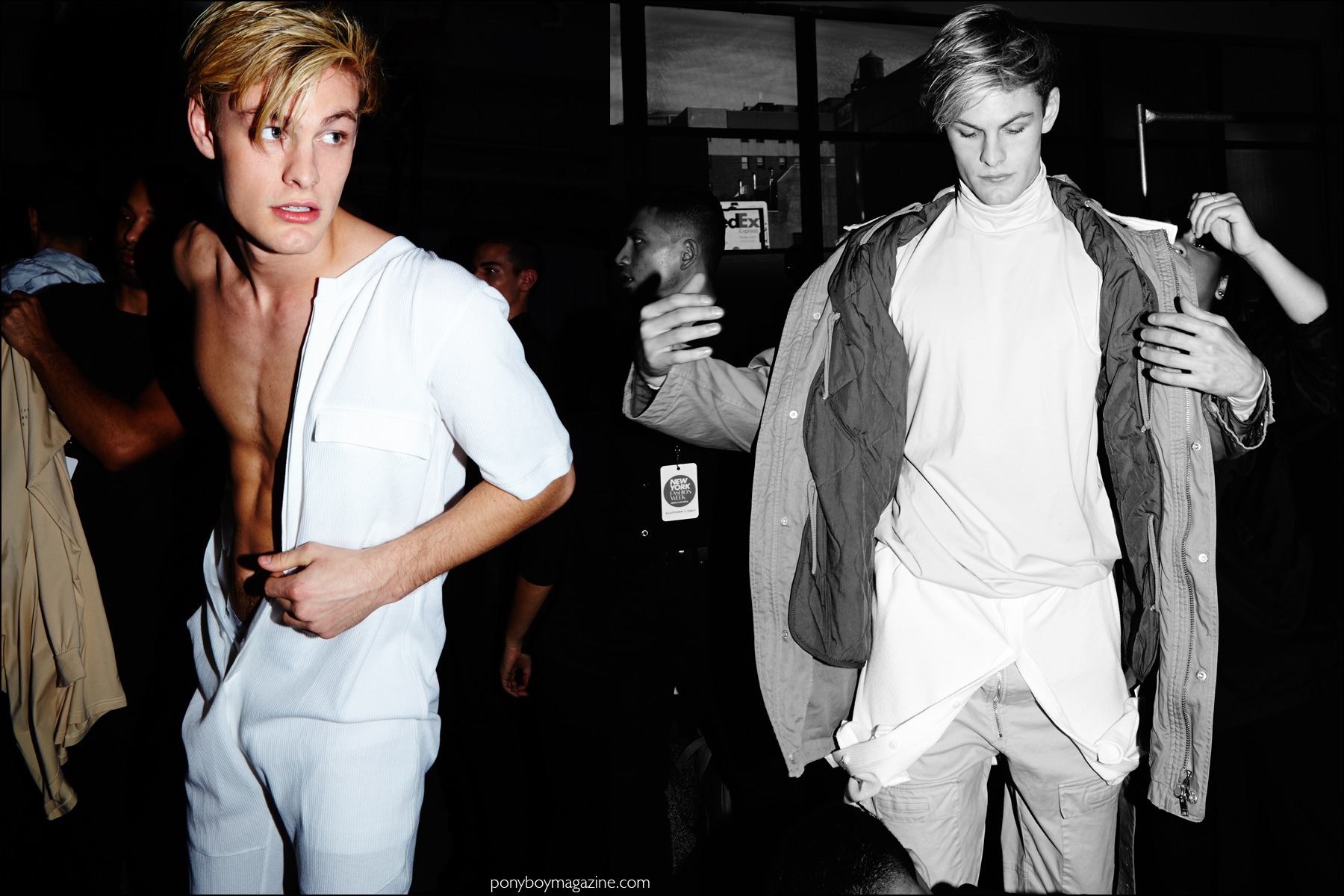 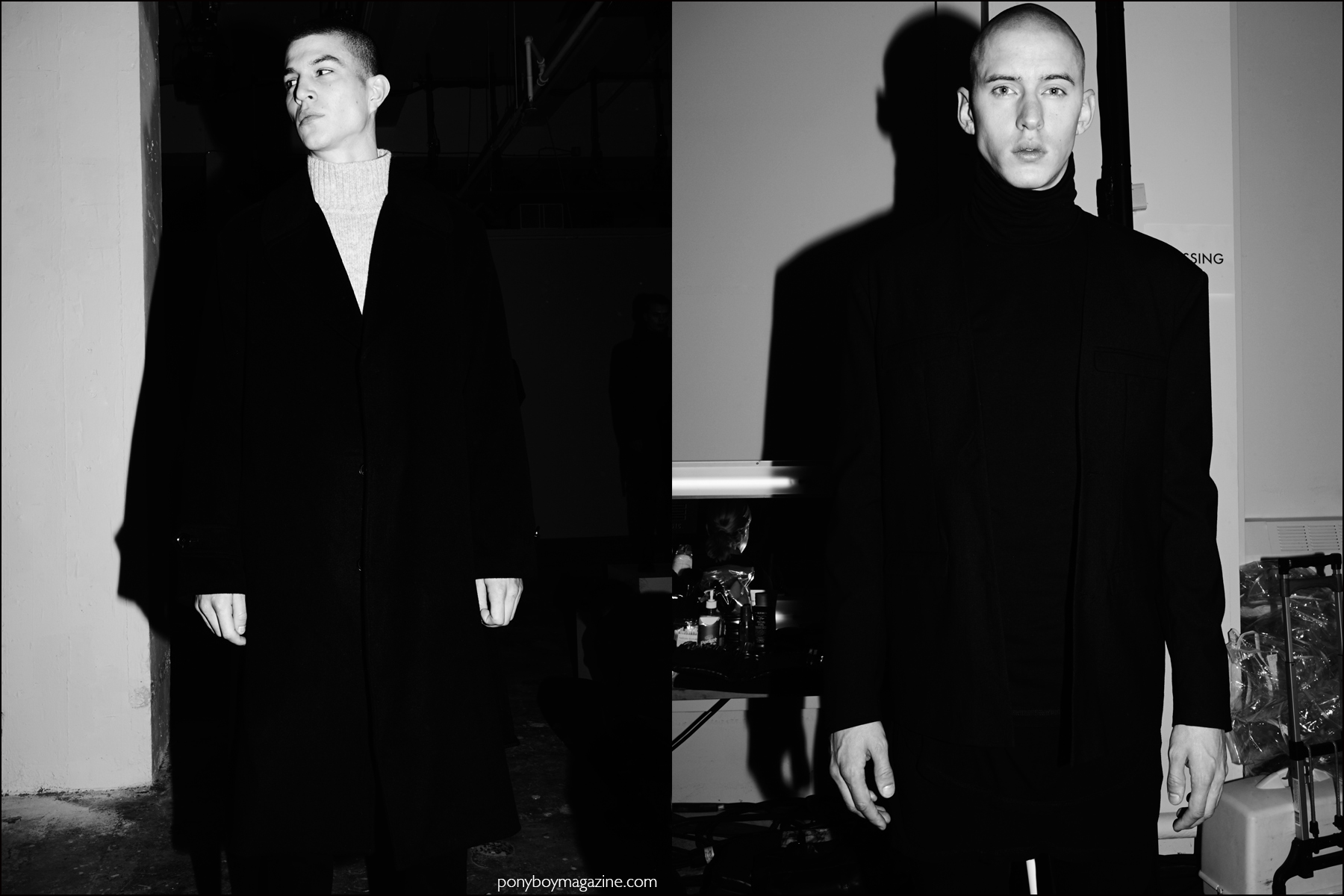 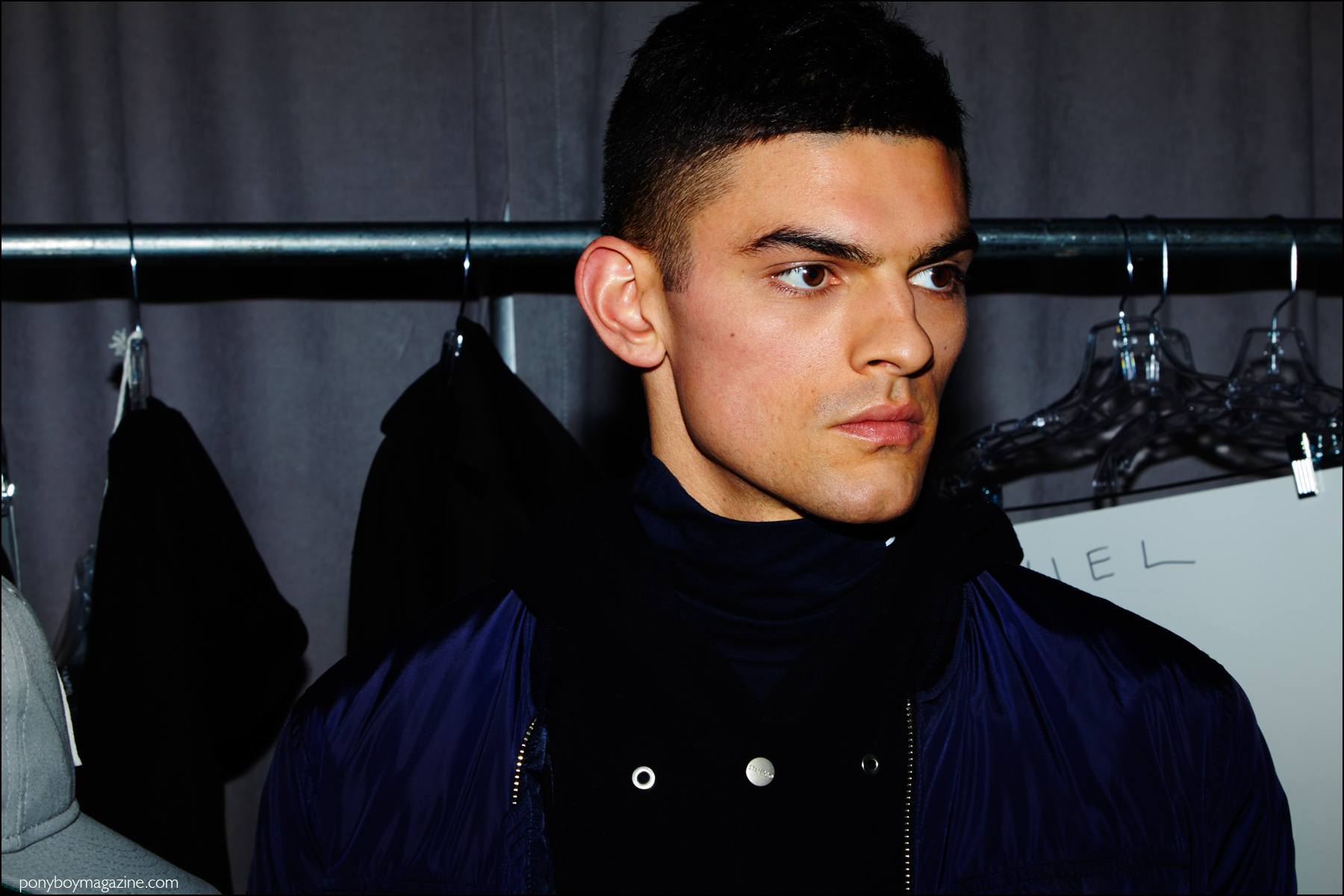 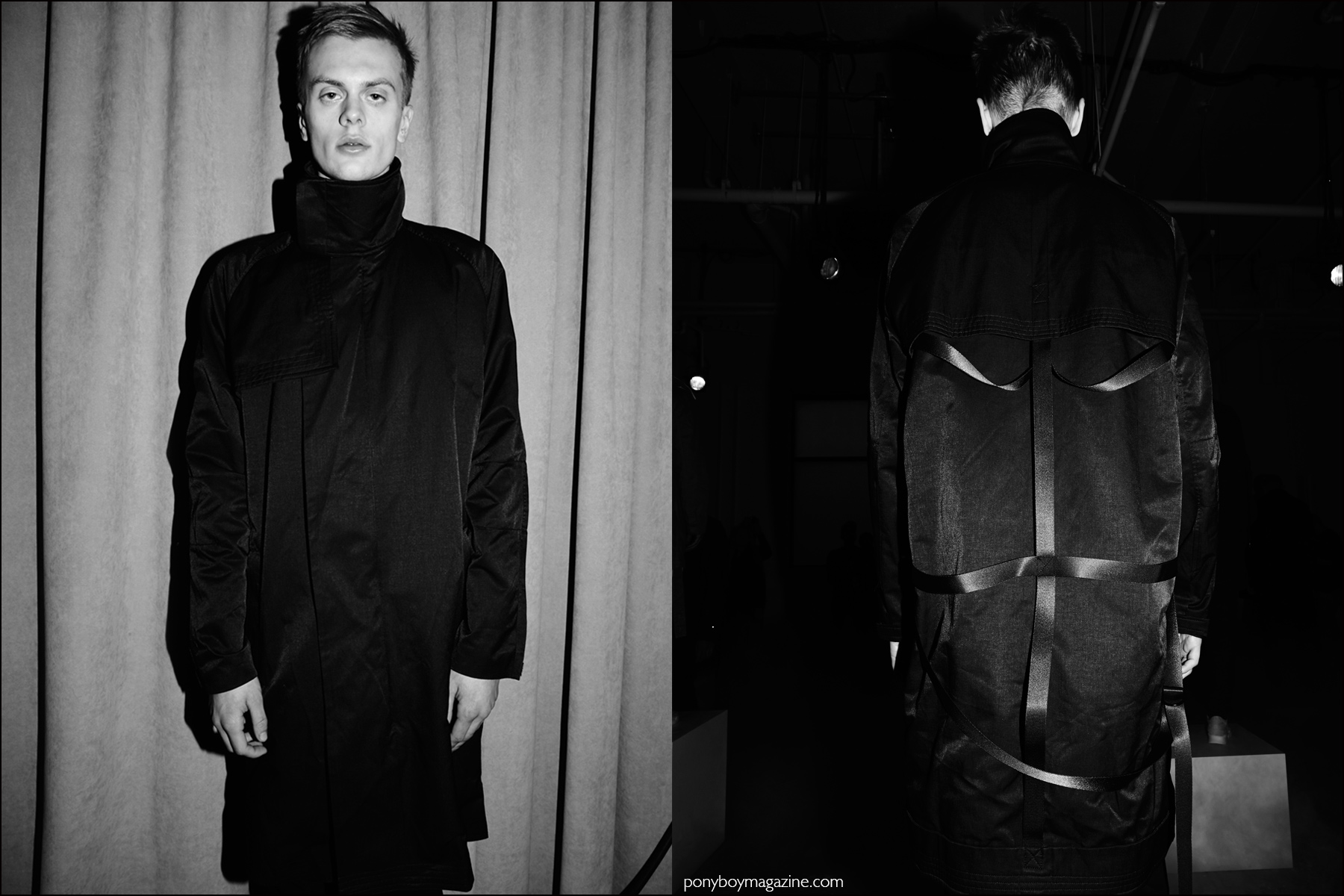 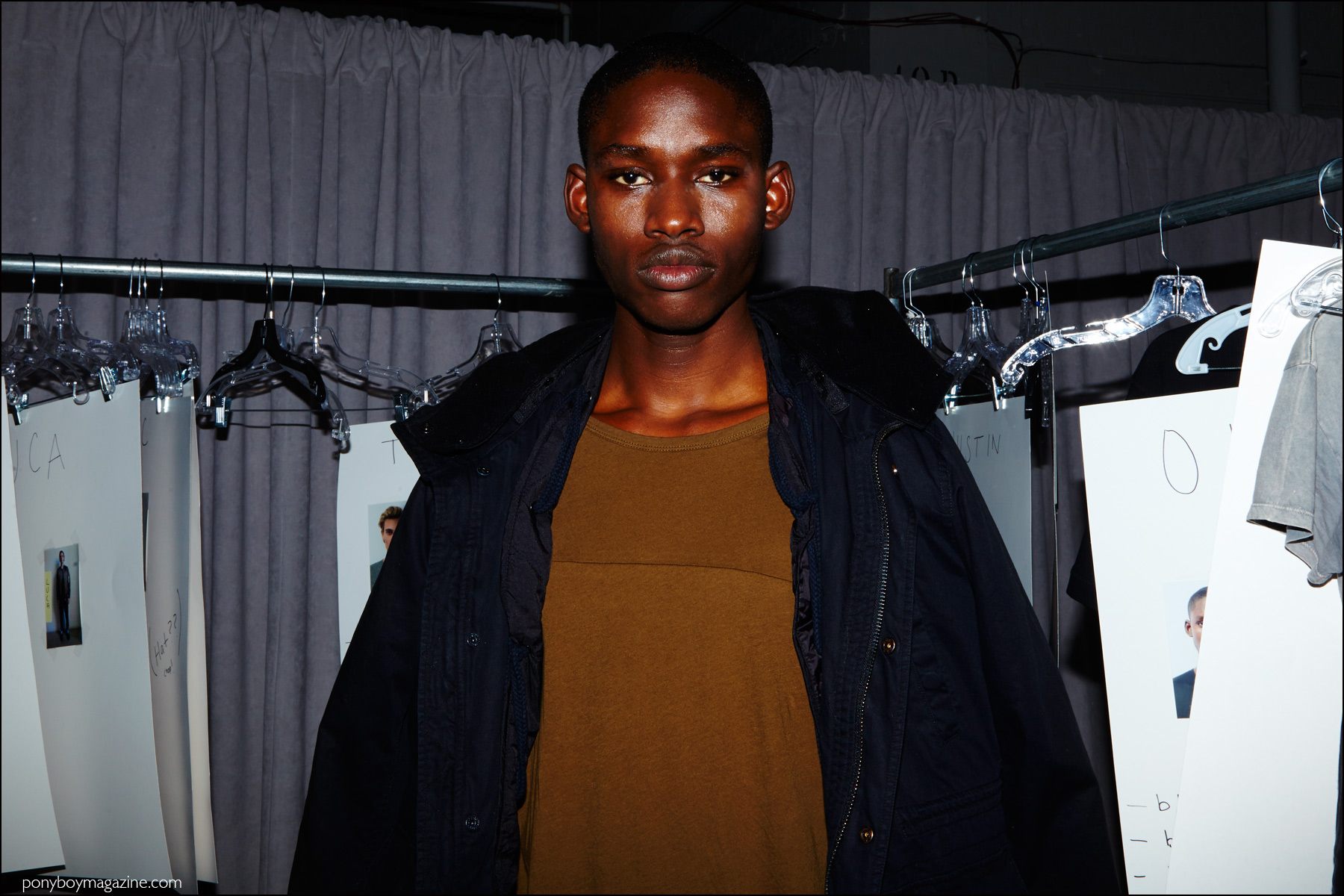 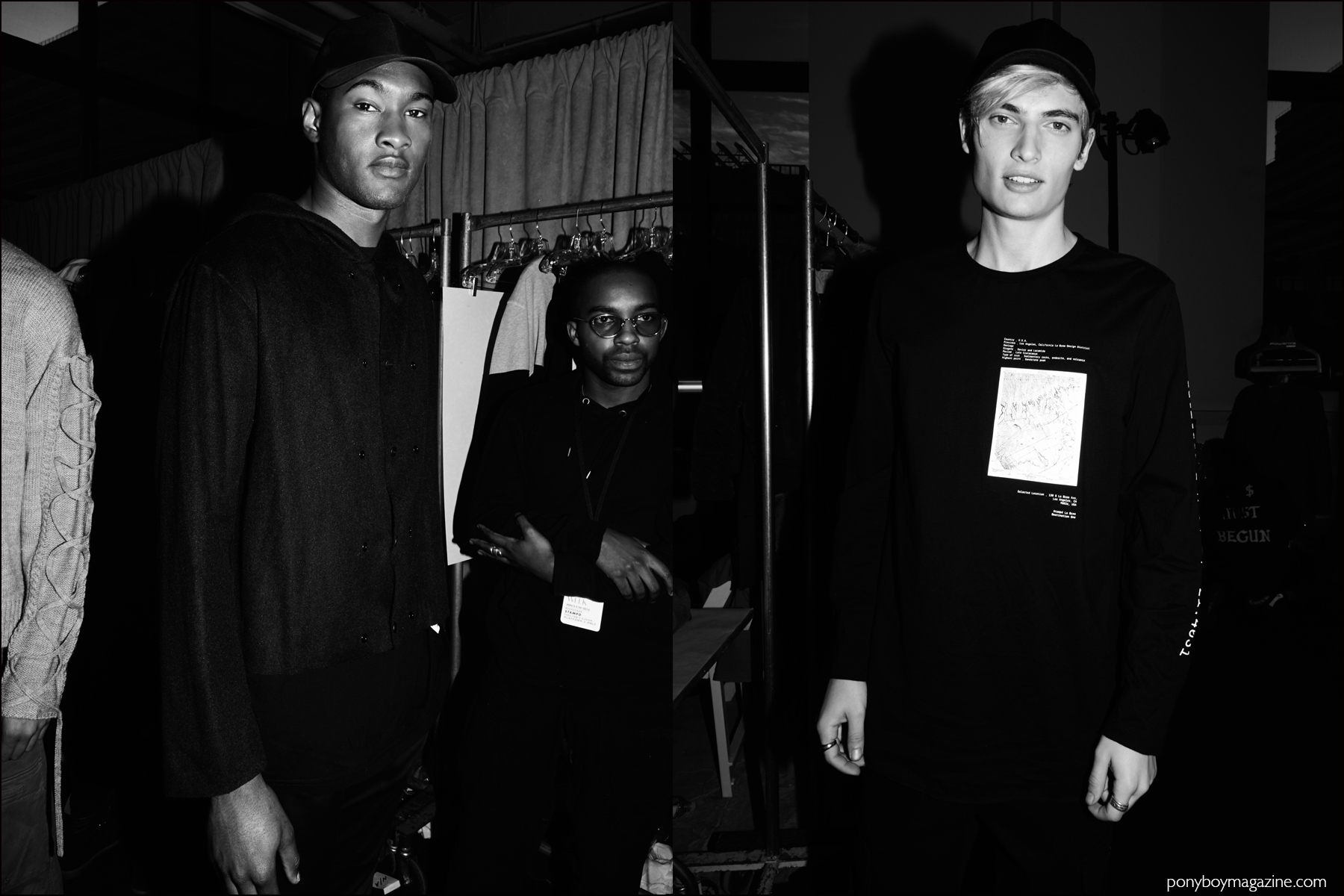 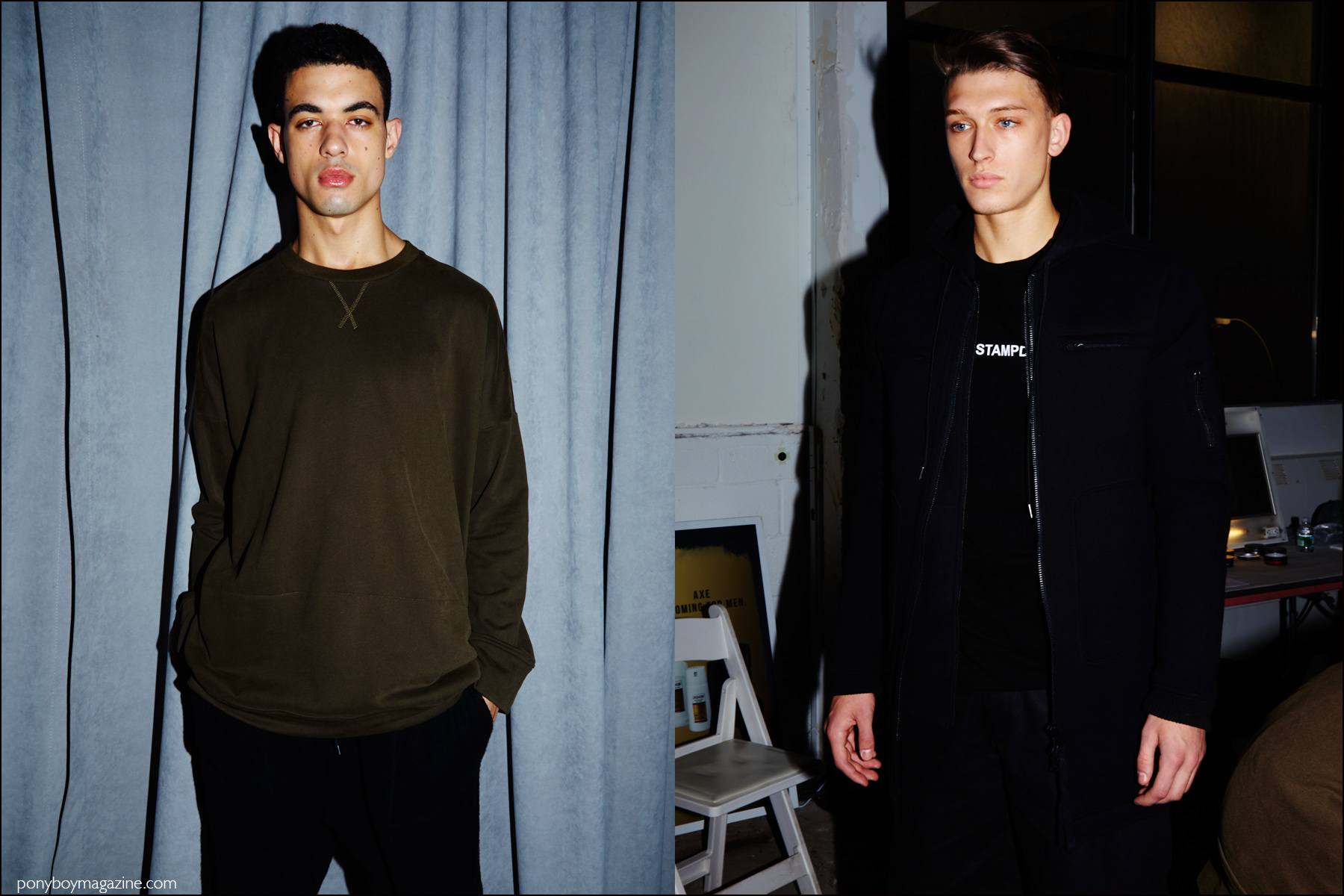 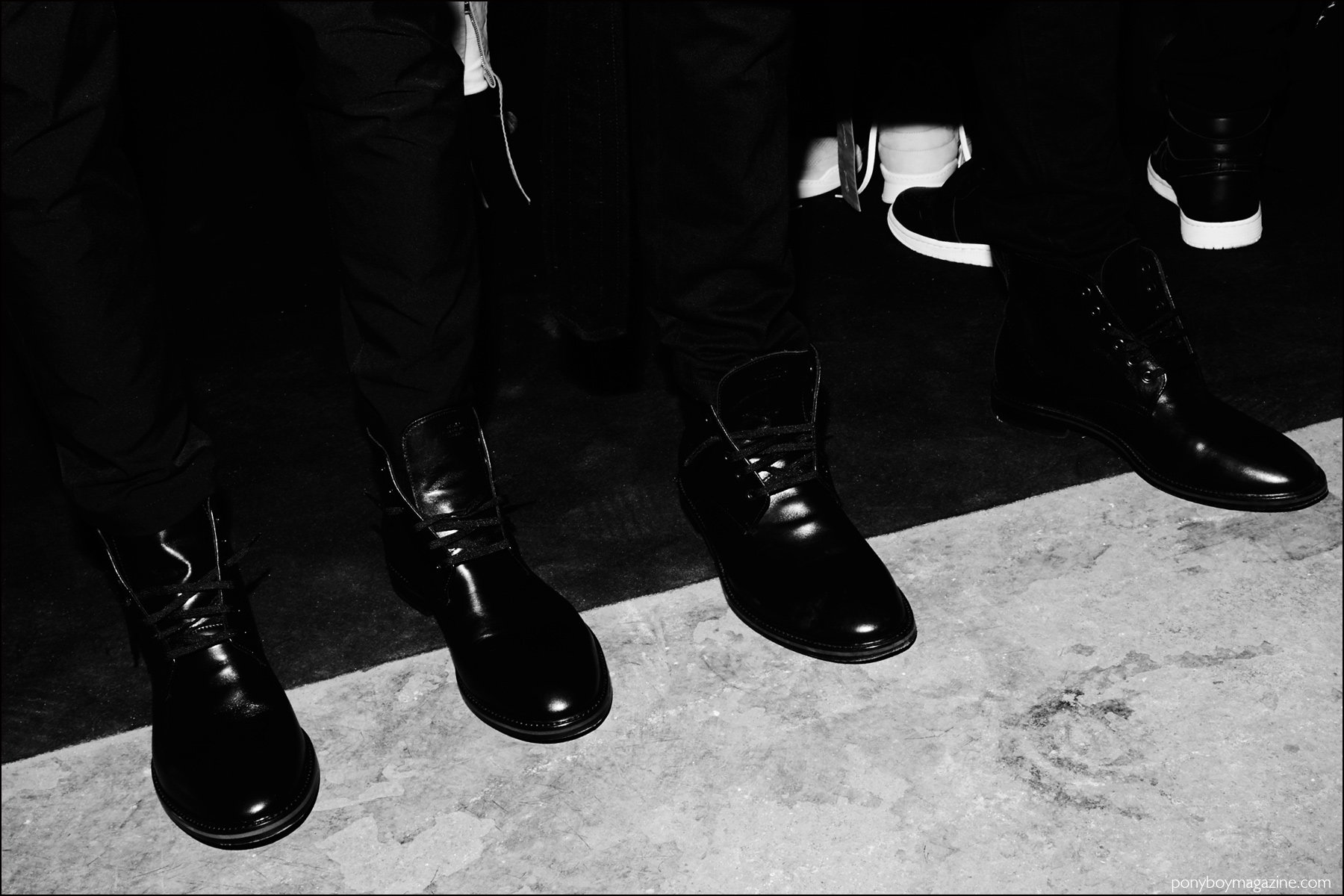 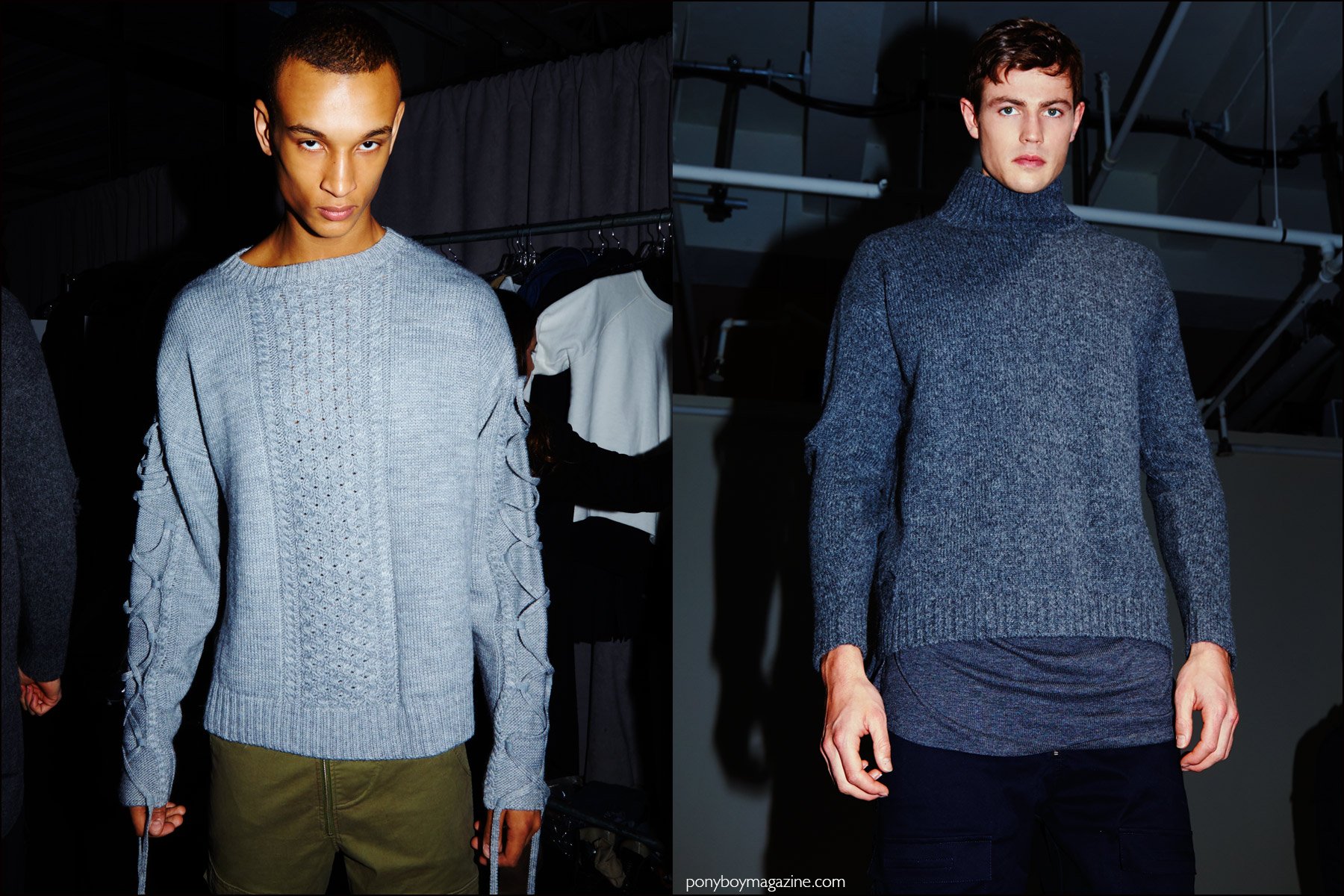 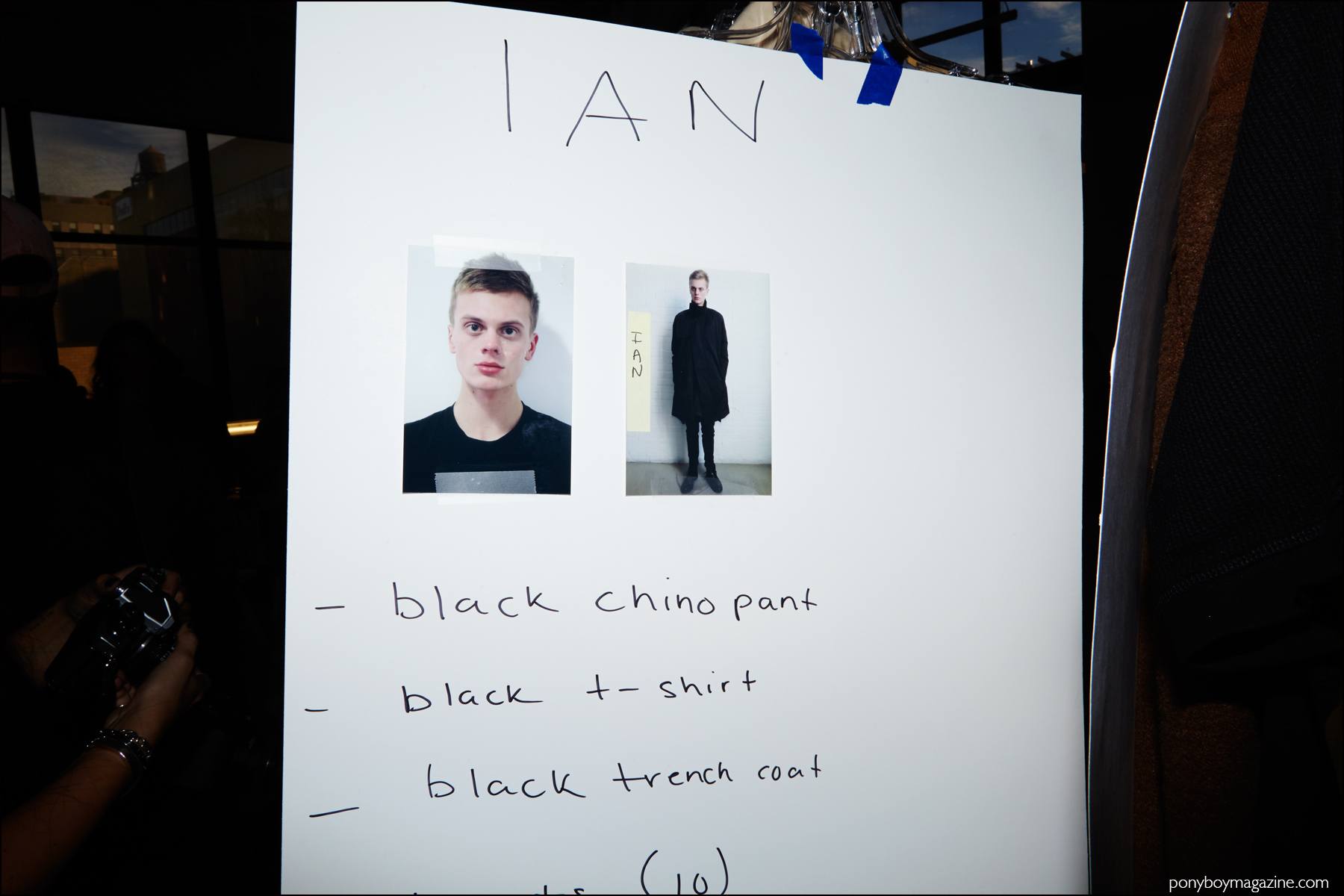 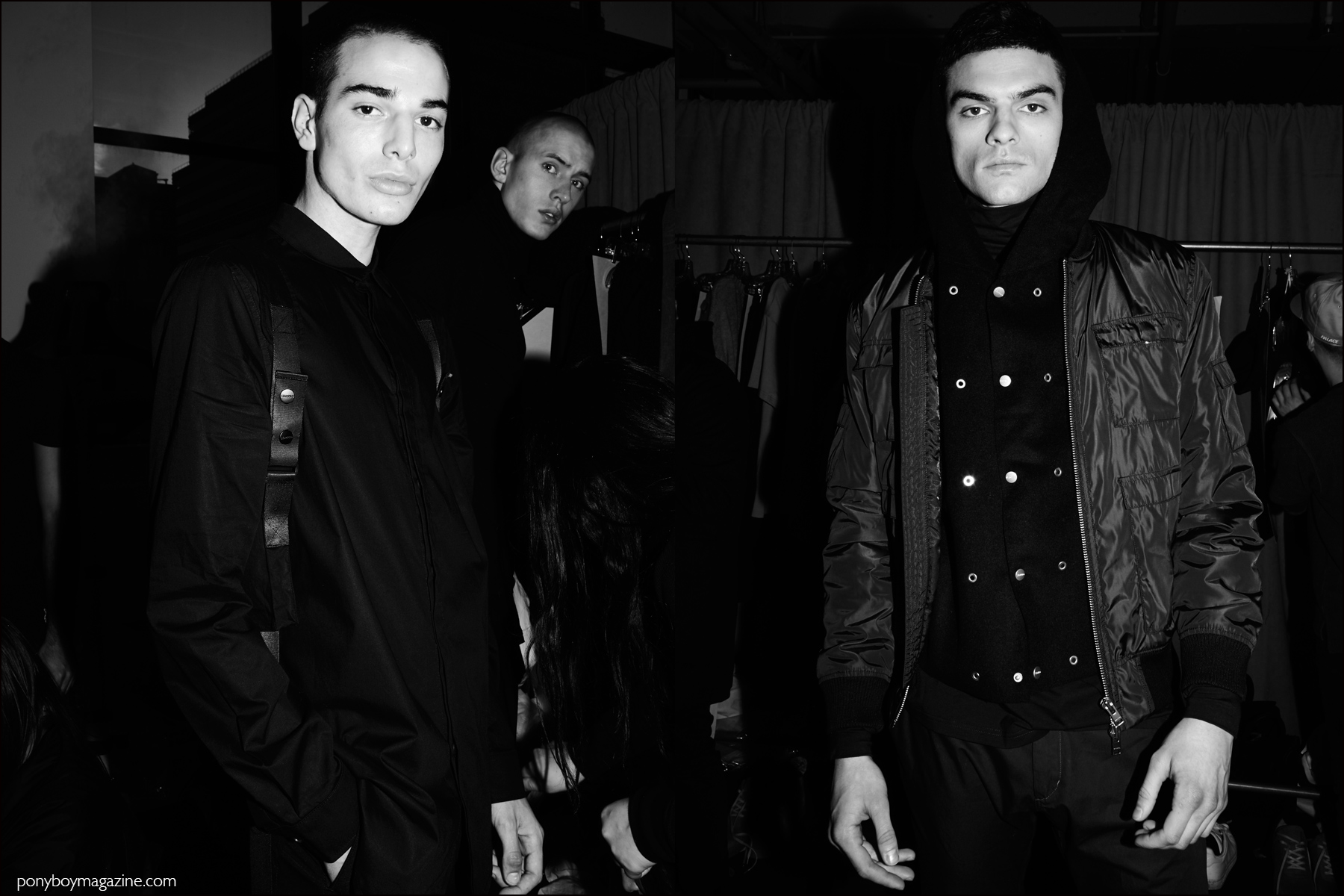 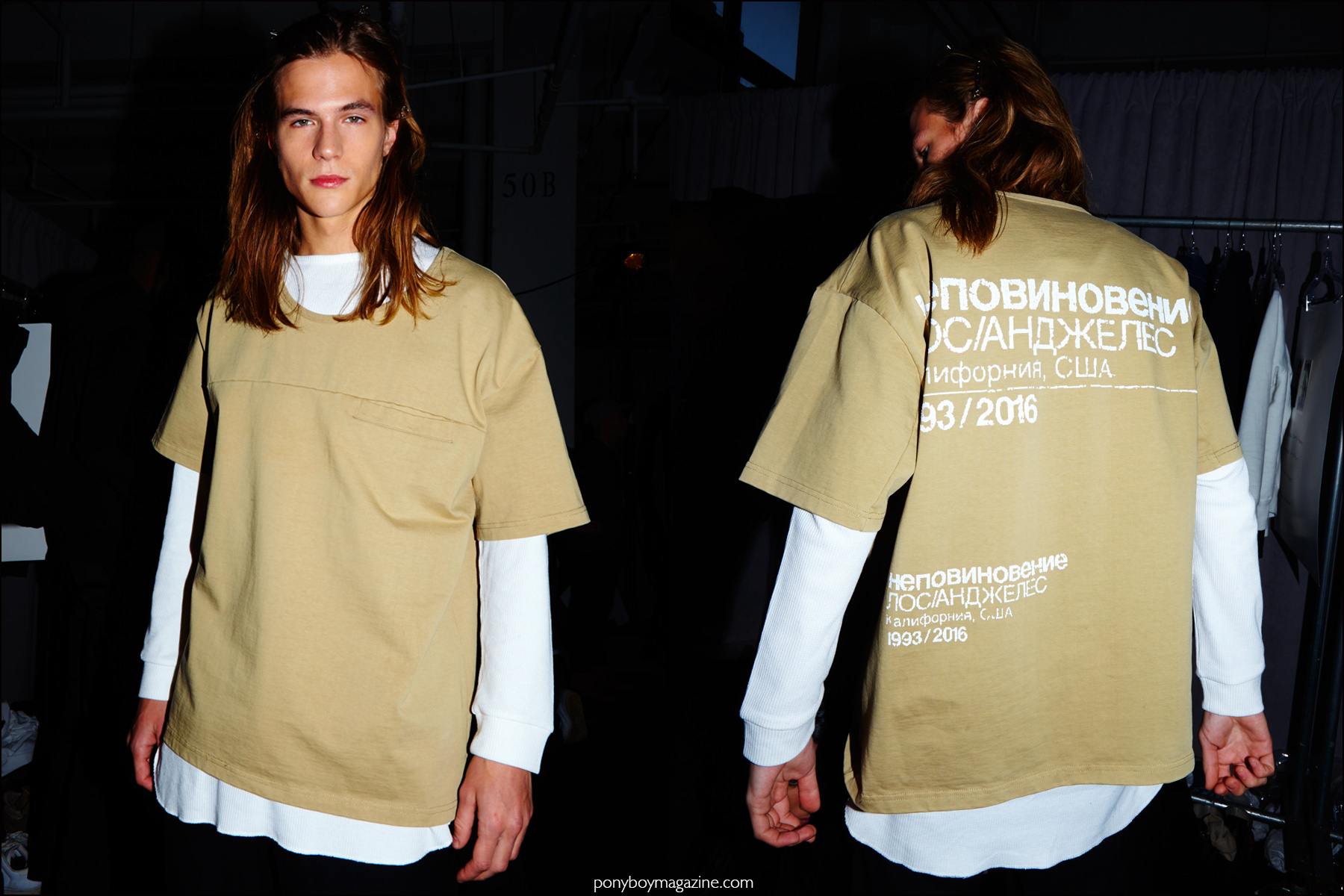 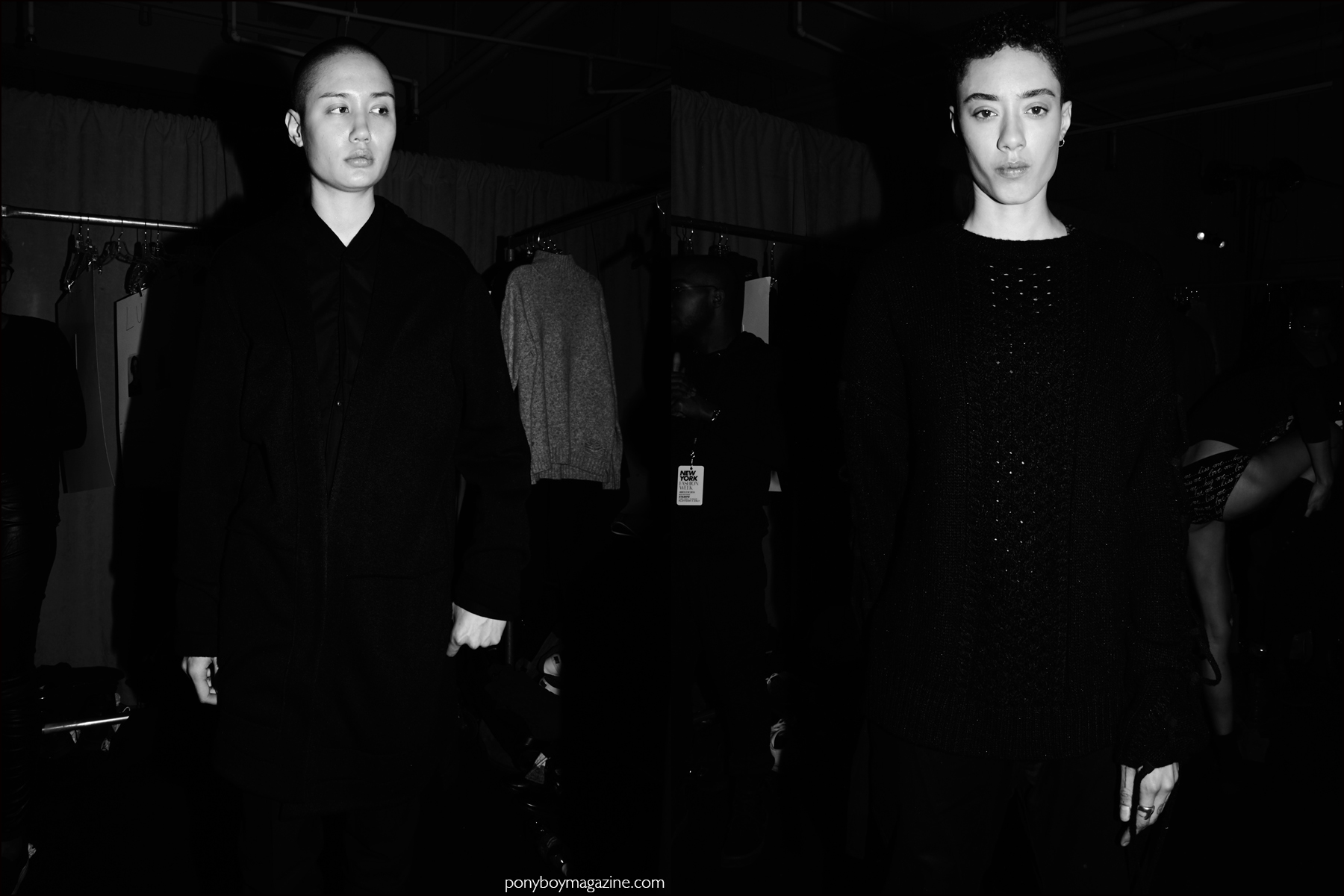 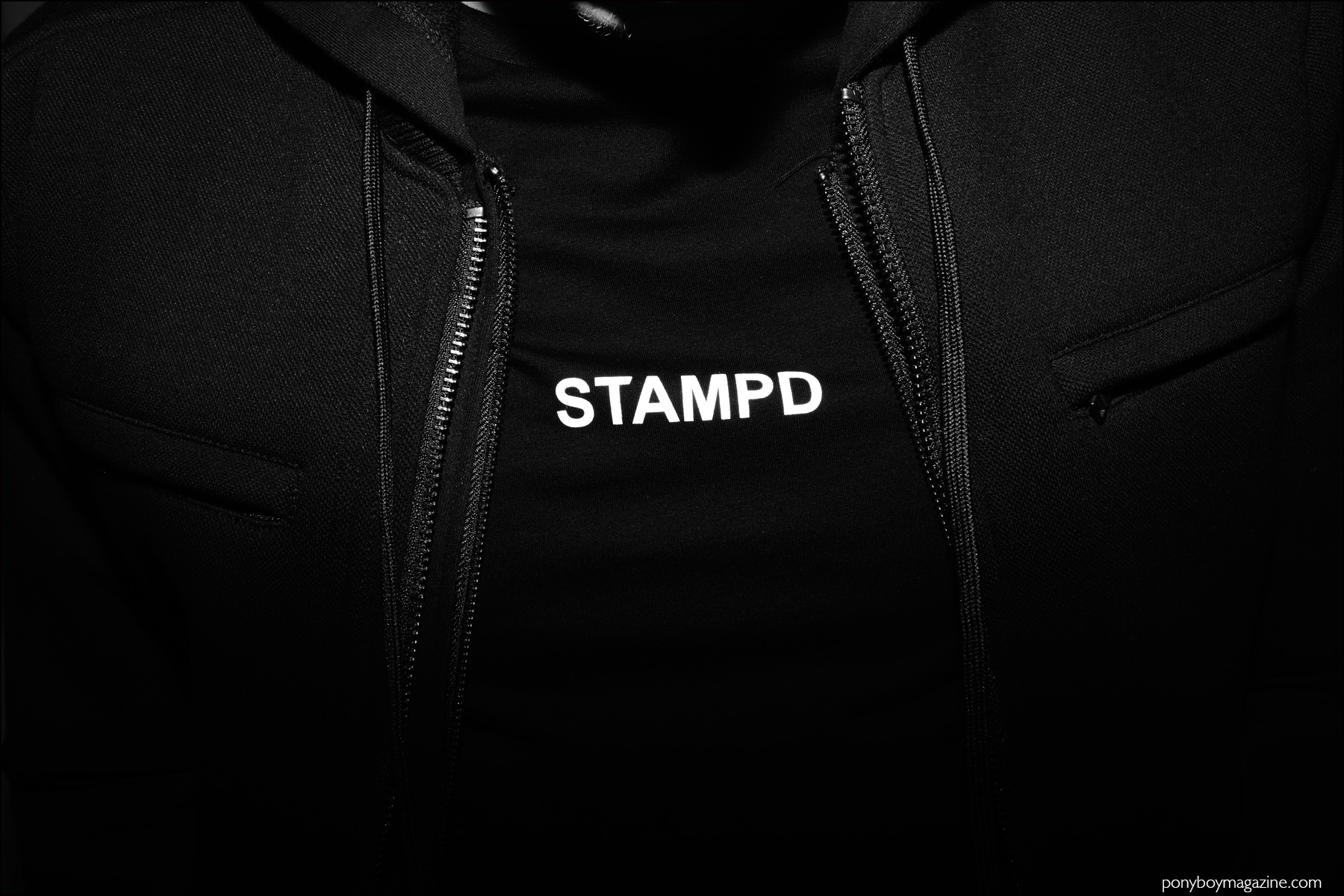 “New Soldier” was the name of the first ever New York Fashion Week presentation by Los Angeles based clothing label Stampd. Talented Creative Director Chris Stamp, who started the line back in 2011, has in a short time span collaborated with mega brands including the Gap and Puma. The well sought after Stampd is known for streetwear that is both luxurious and minimal. And the label stayed true to their mainly black and white palette this season. The twenty looks shown at the presentation were quite strong in their military inspiration. Our favorite looks included the bombers and M-65’s with straps, as well as the grey sweater with distressed elbows. But perhaps the best look was on model Ian Weglarz – a black trench coat with high collar, shoulder flap and dramatic back straps. This uniform, minimal way of dressing has always been a favorite of ours. Stampd has clearly made their stamp on modern menswear. Photography Alexander Thompson. http://www.stampd.com 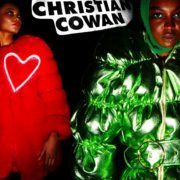 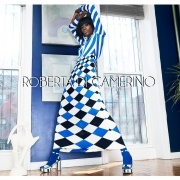