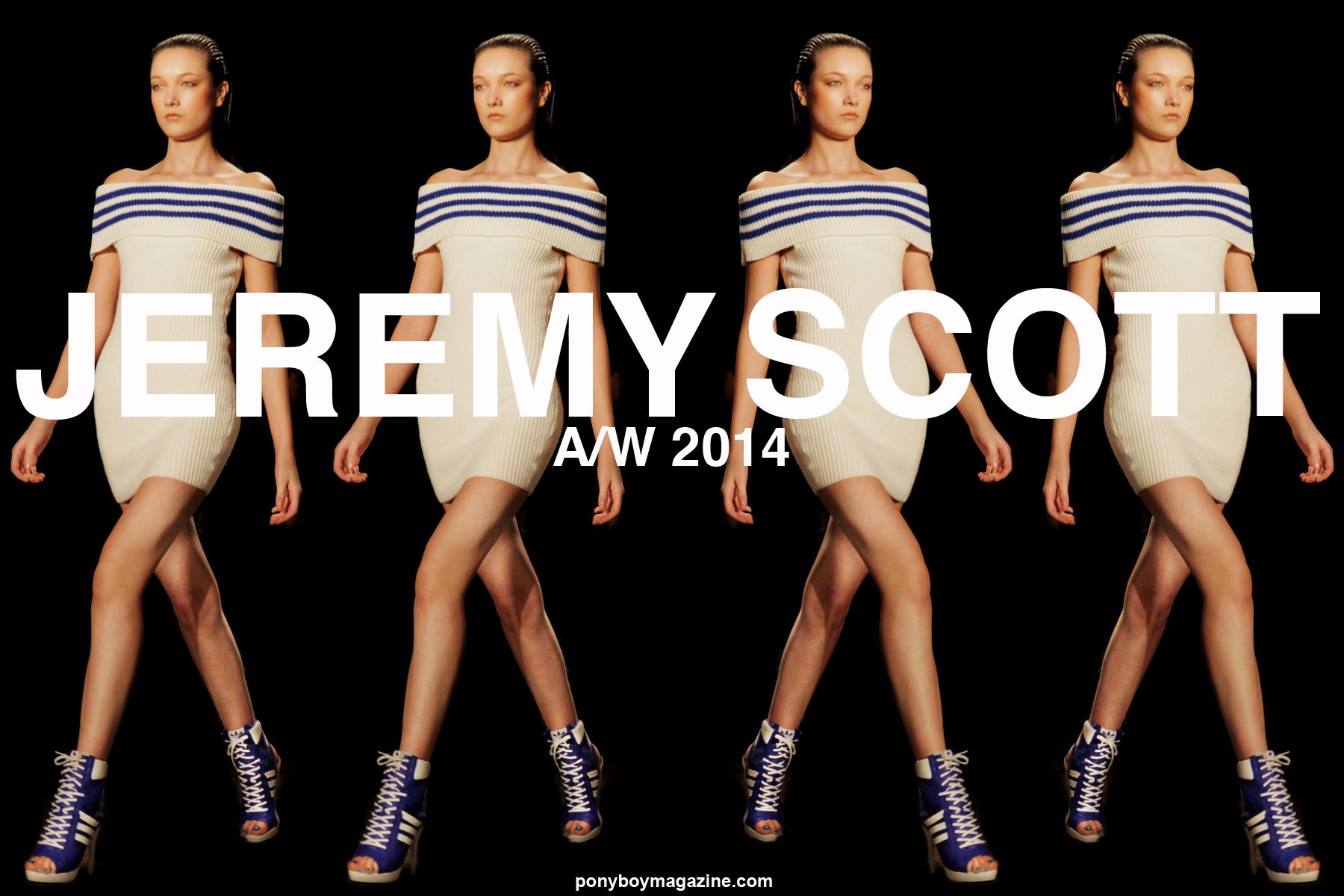 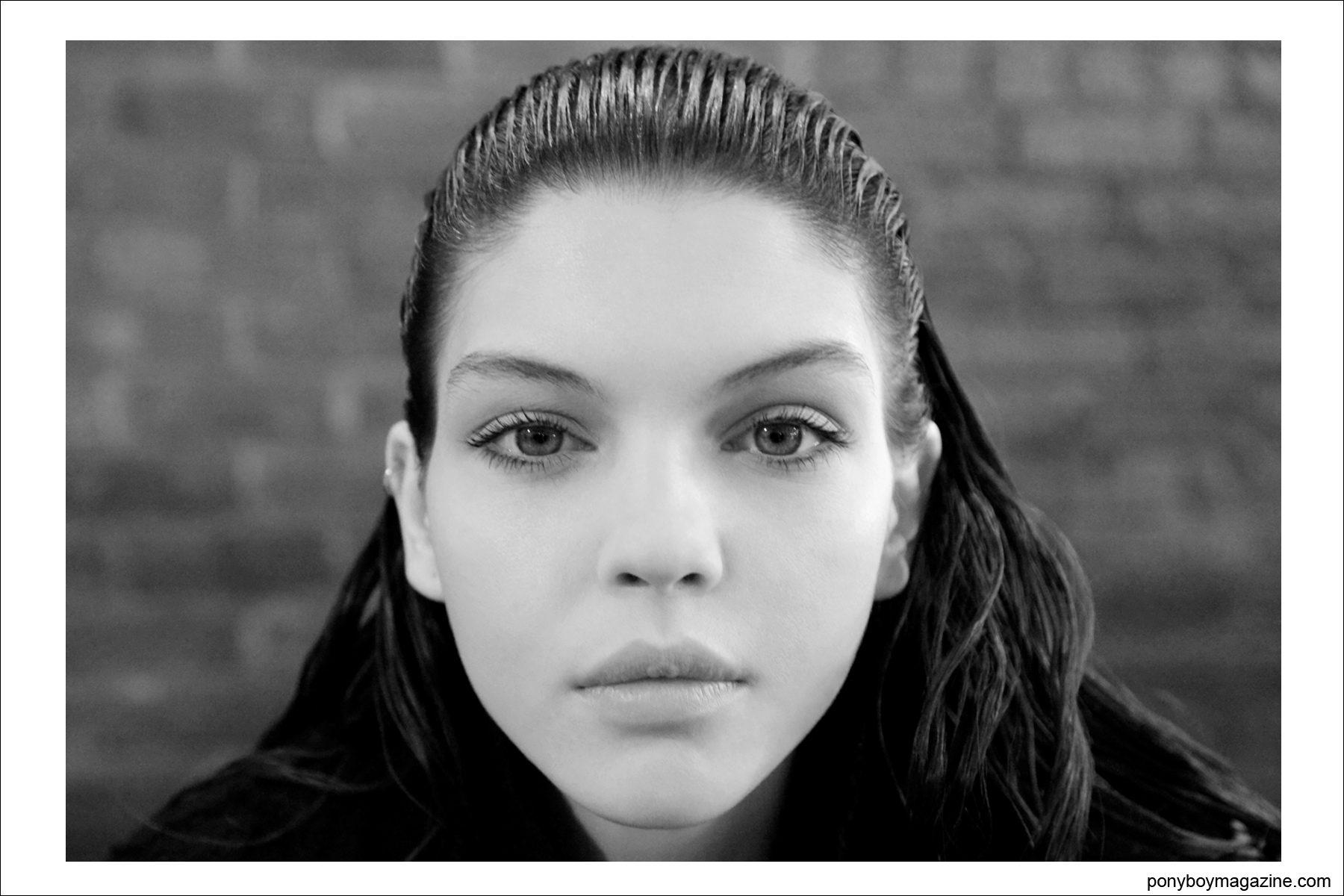 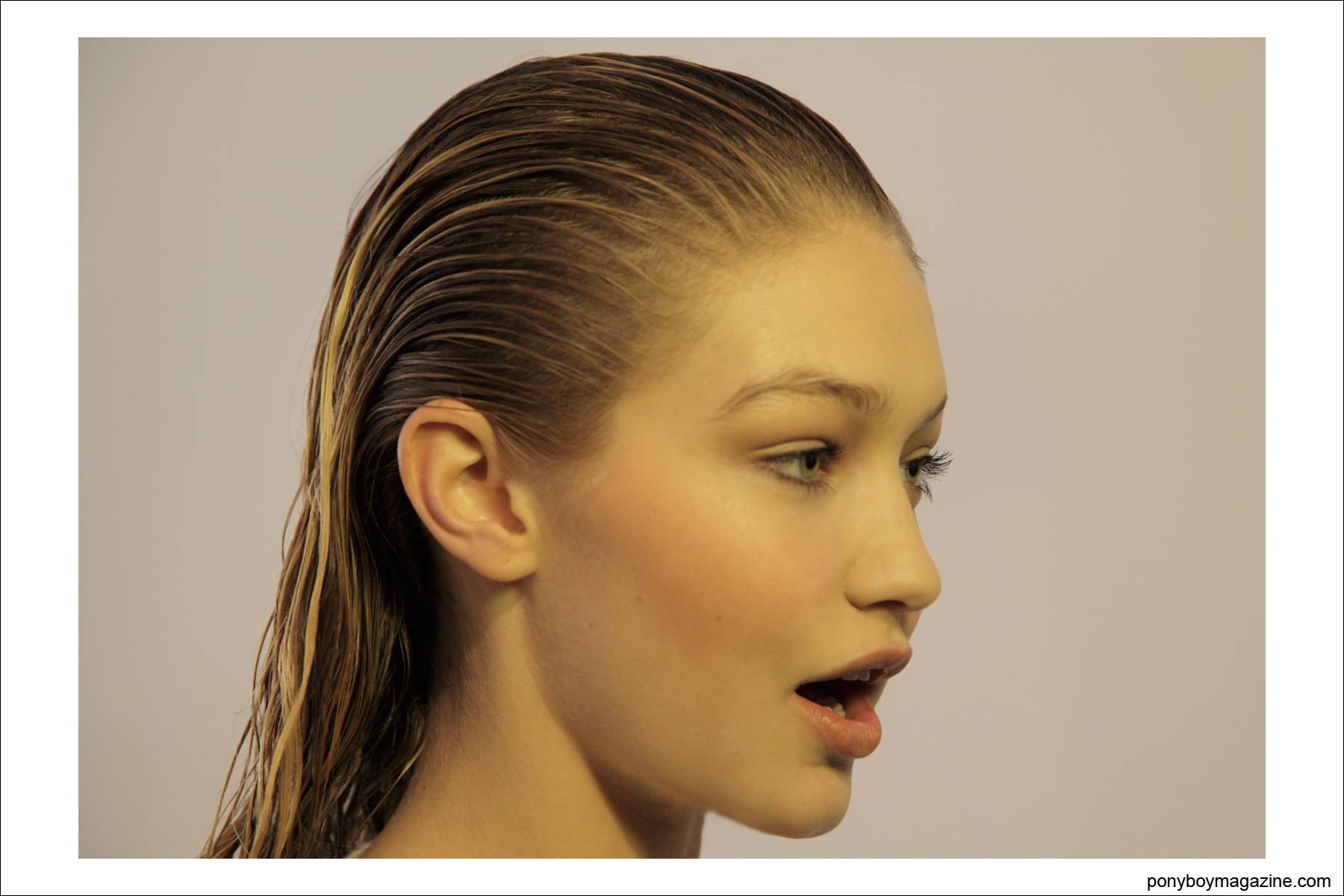 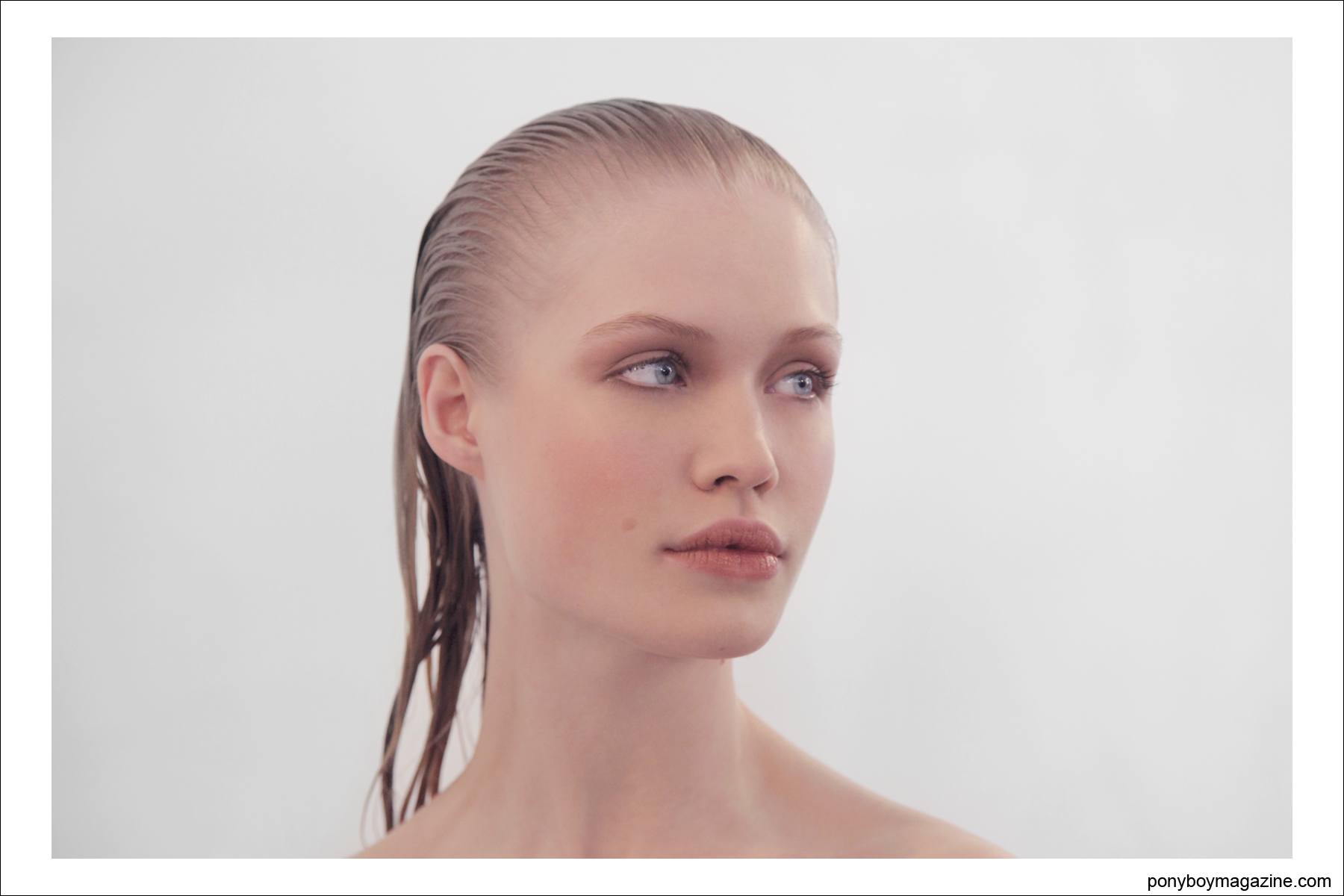 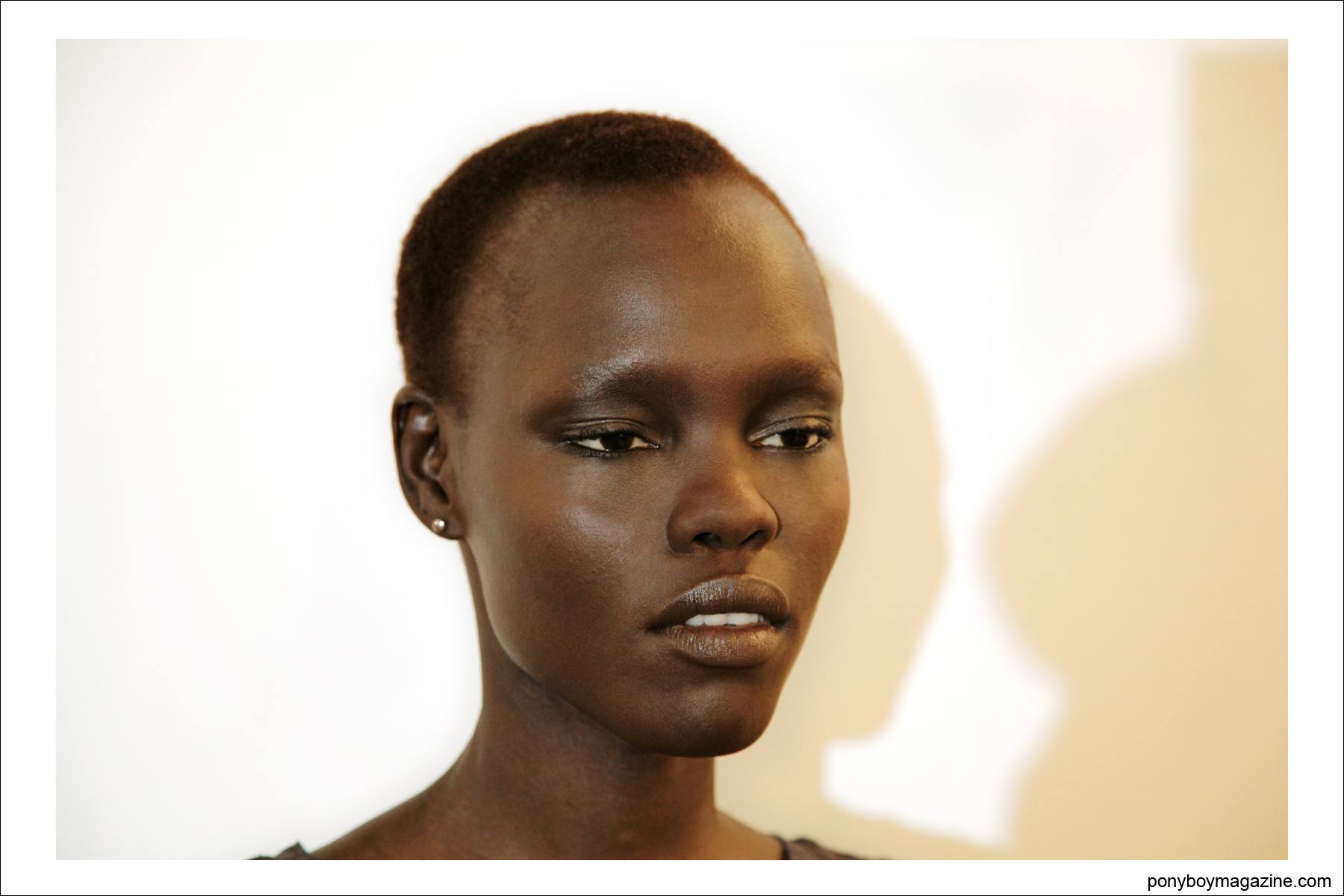 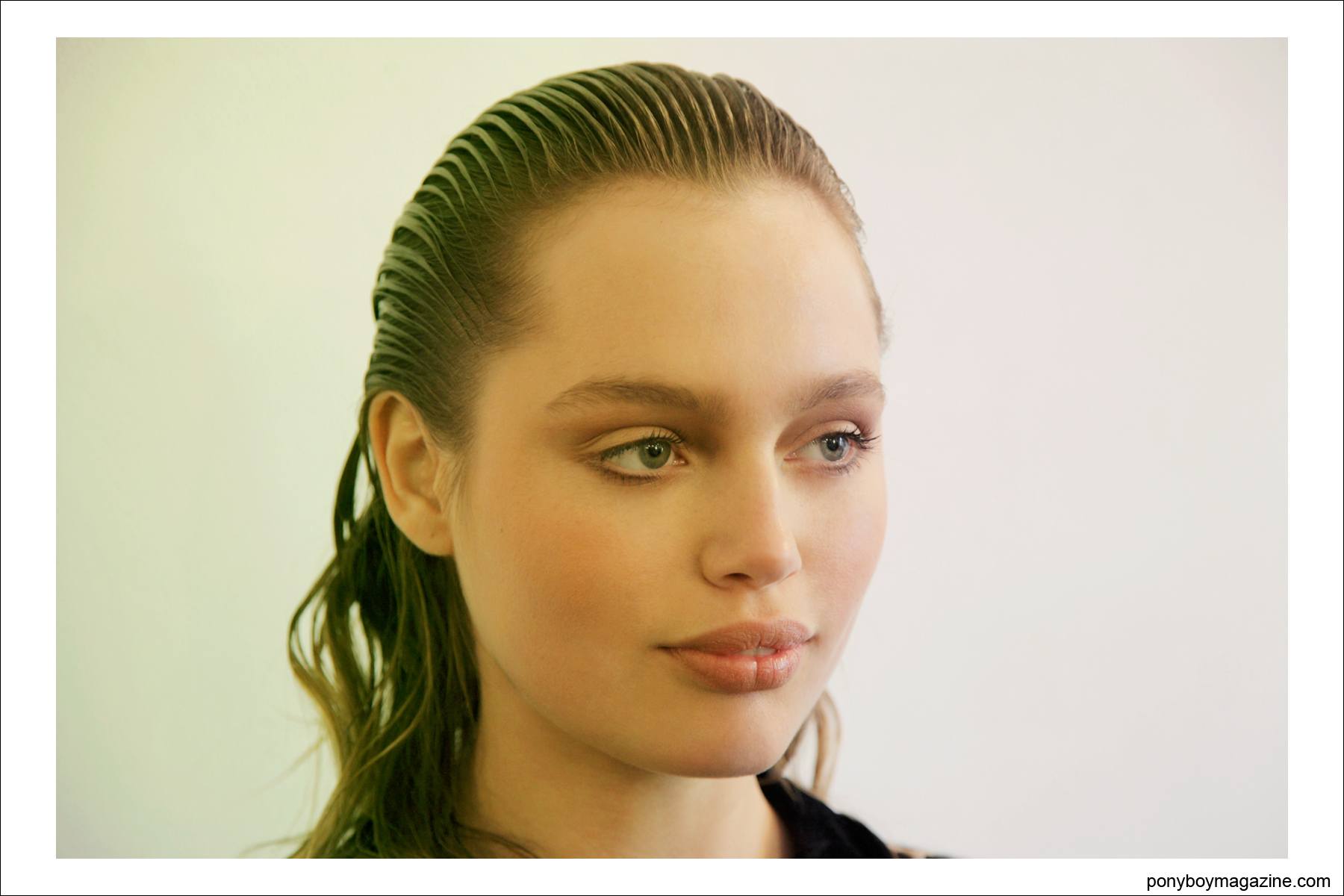 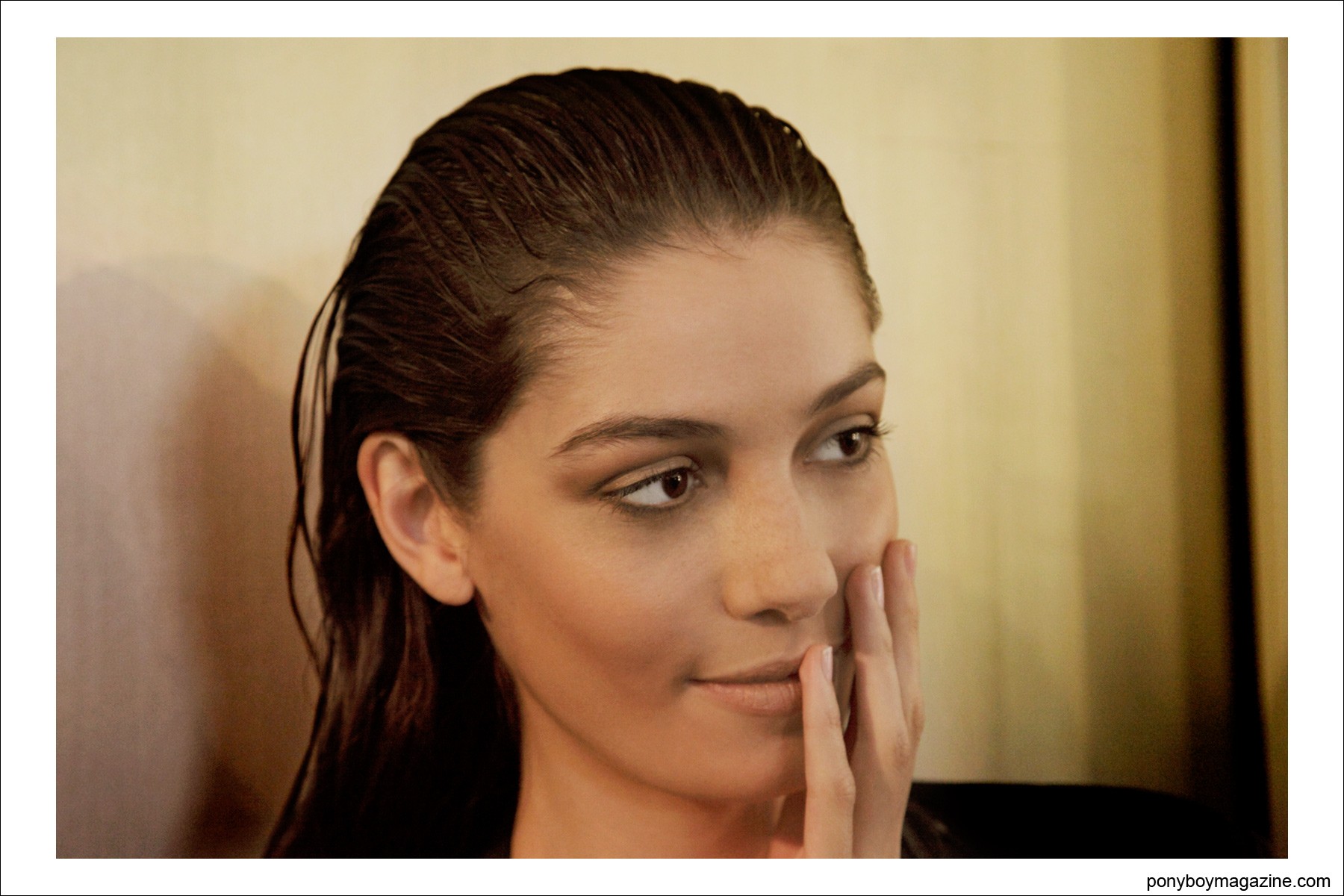 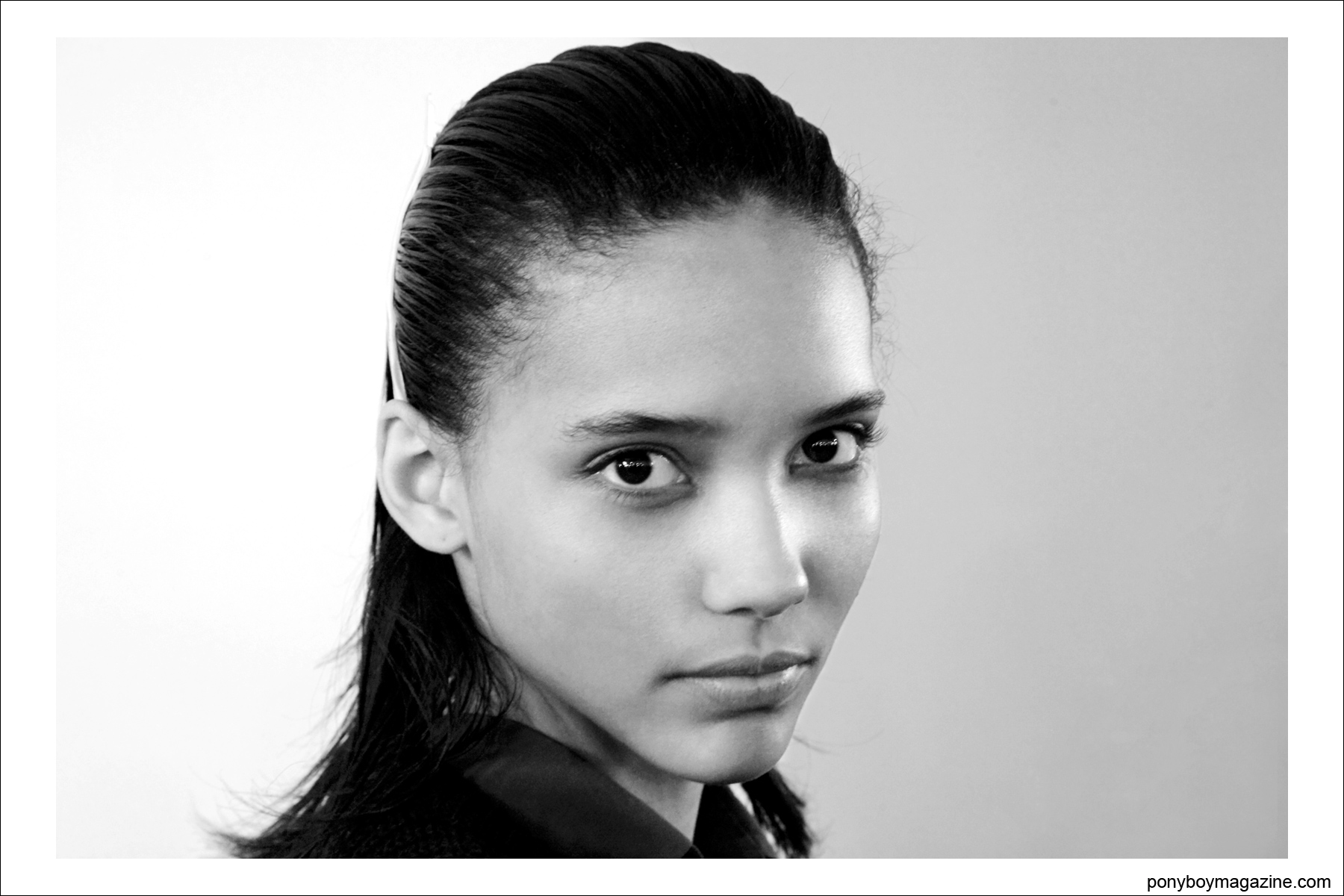 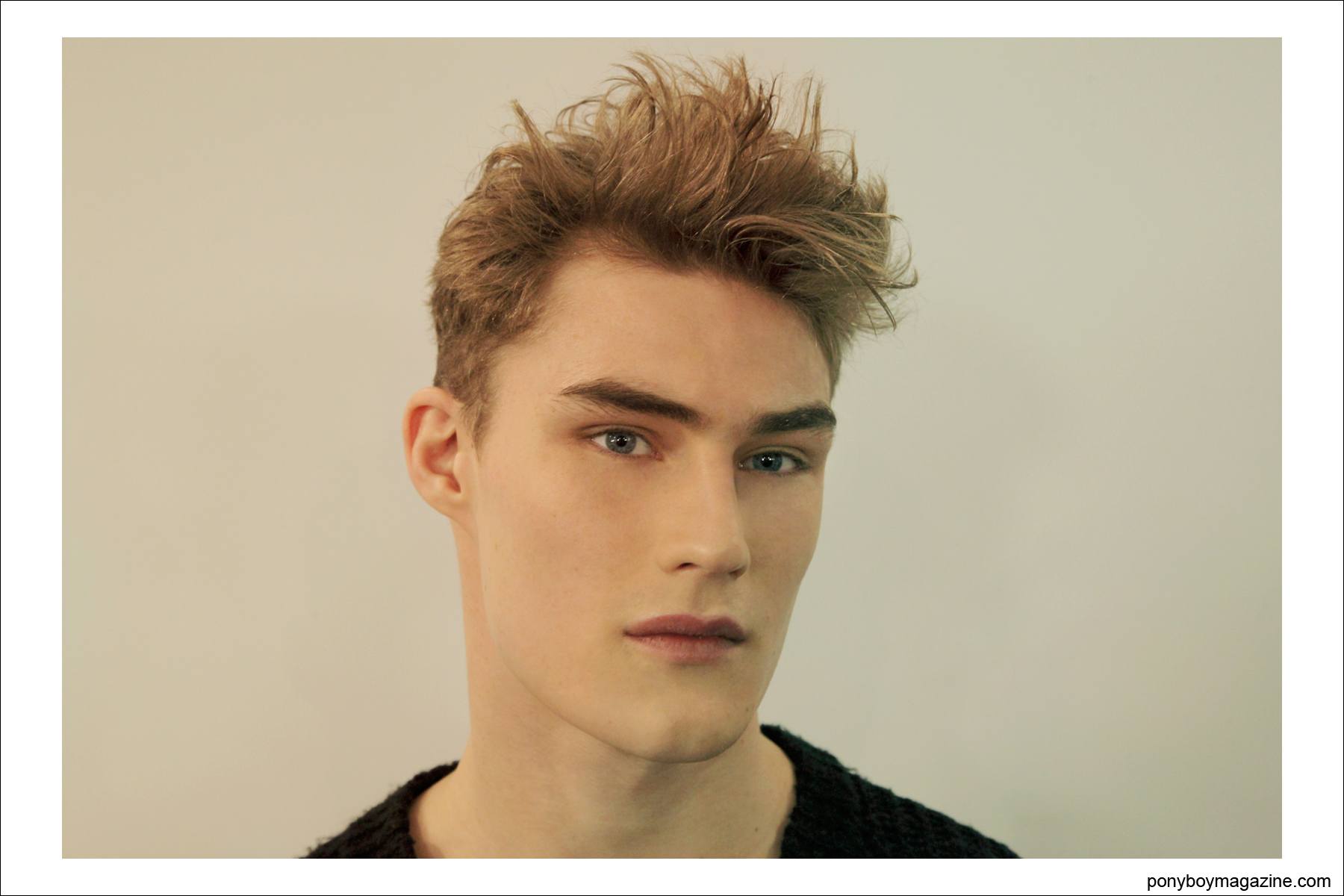 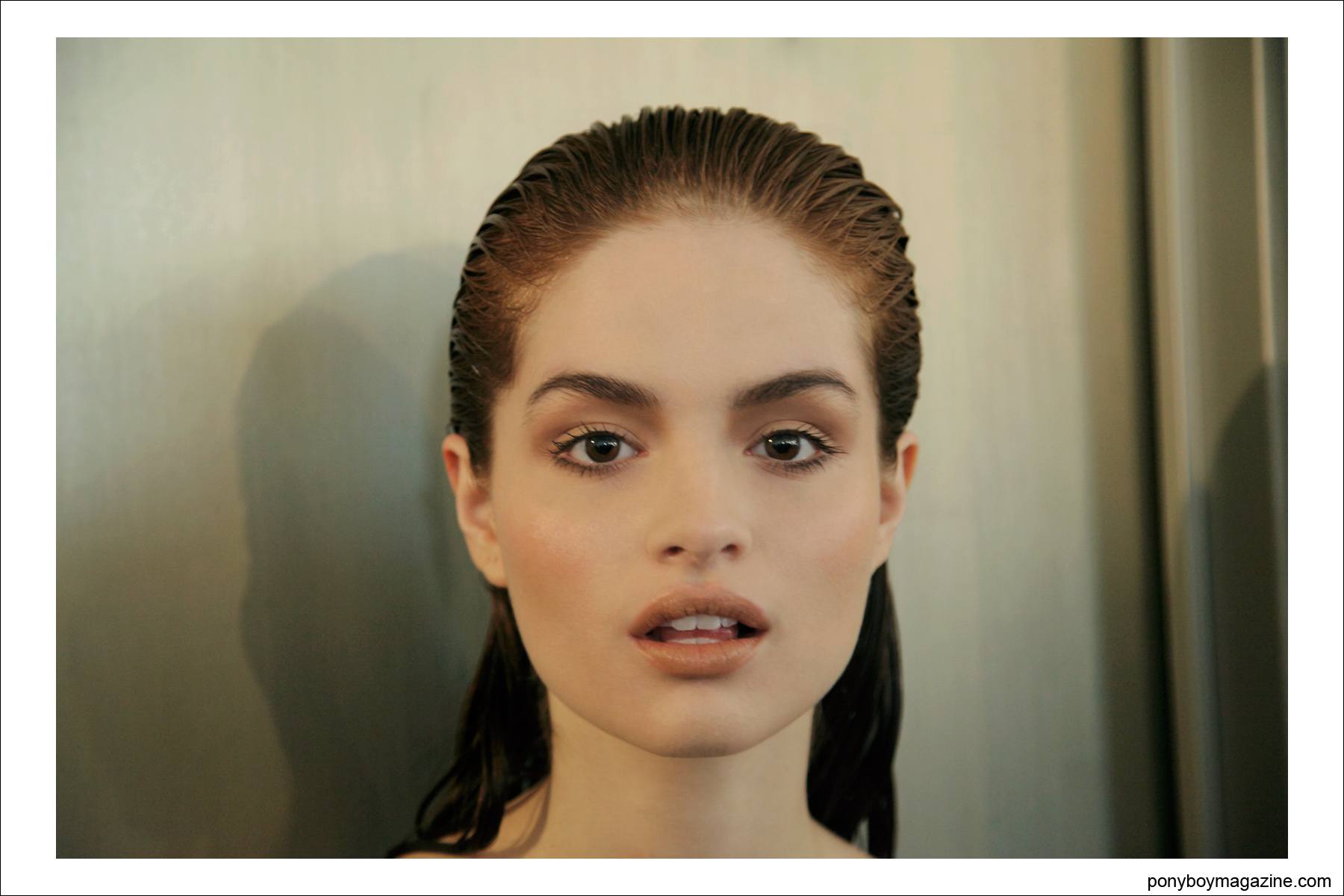 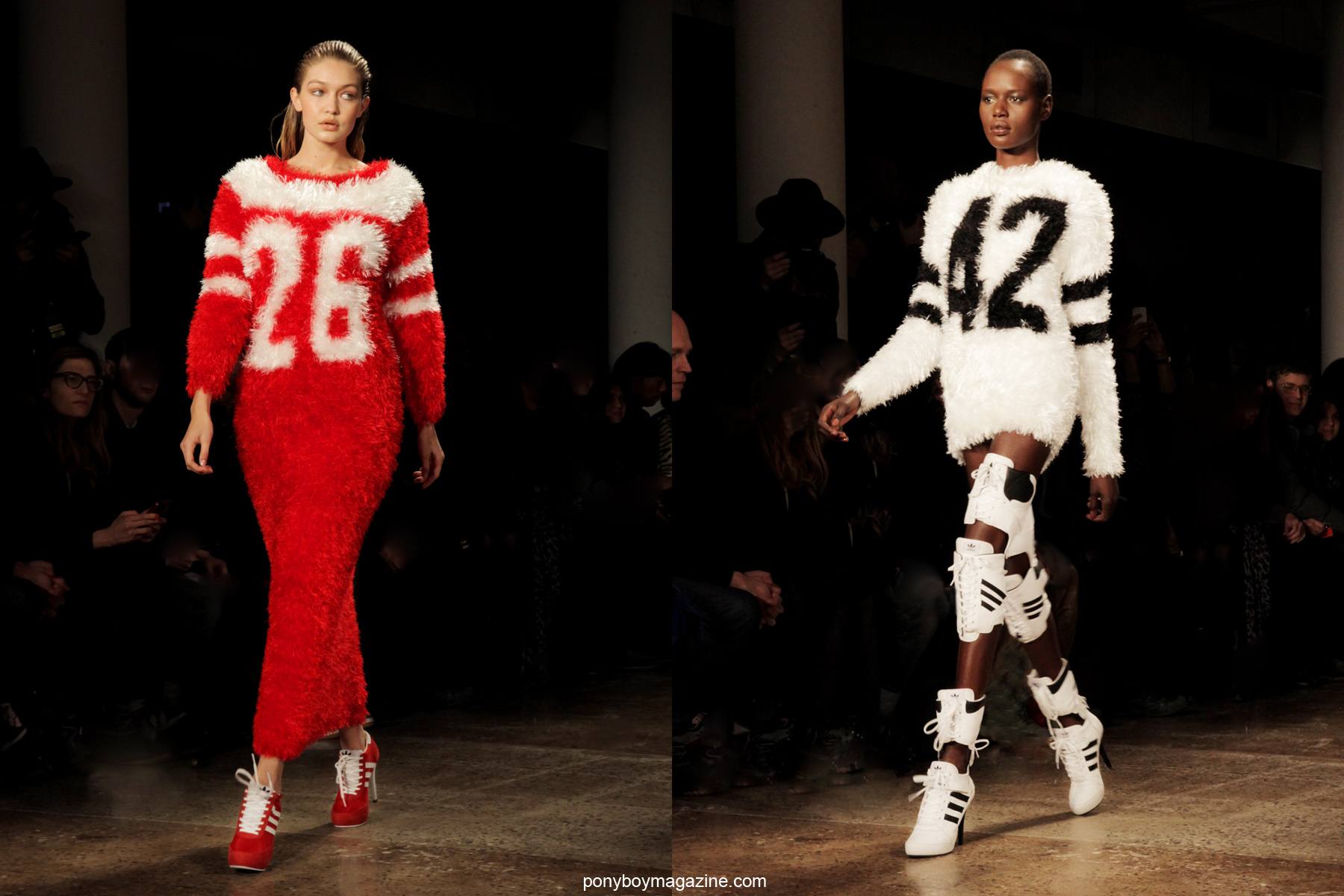 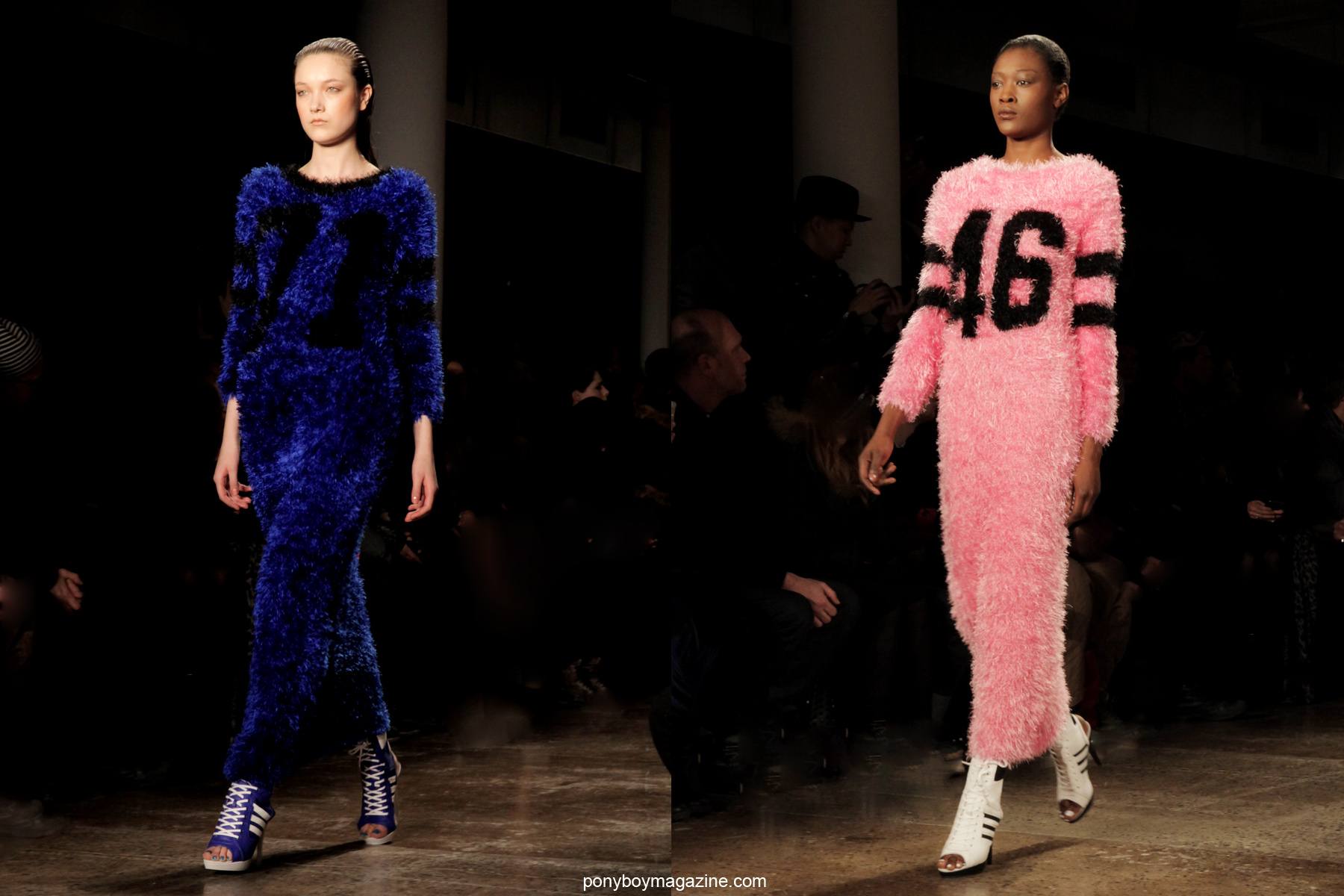 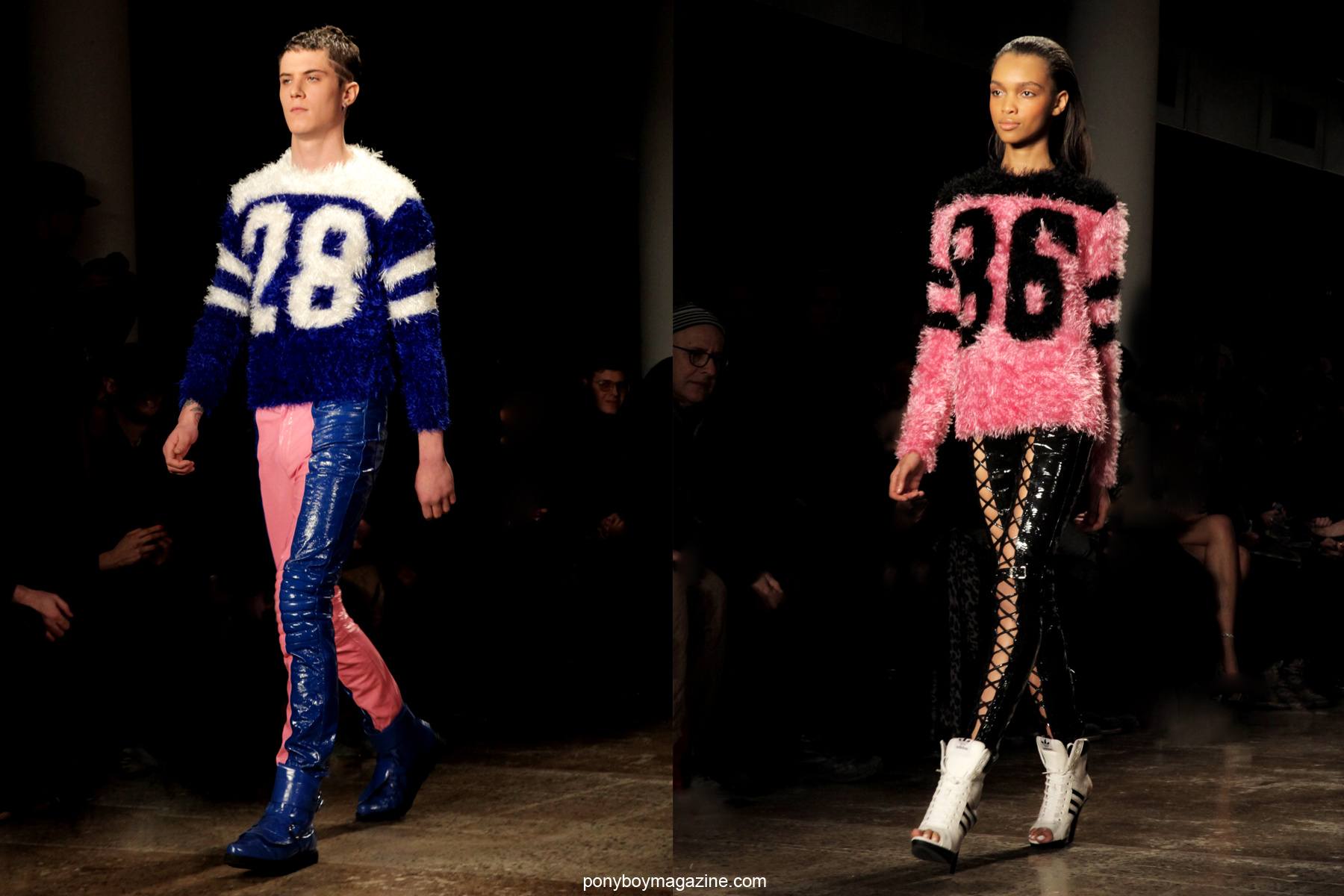 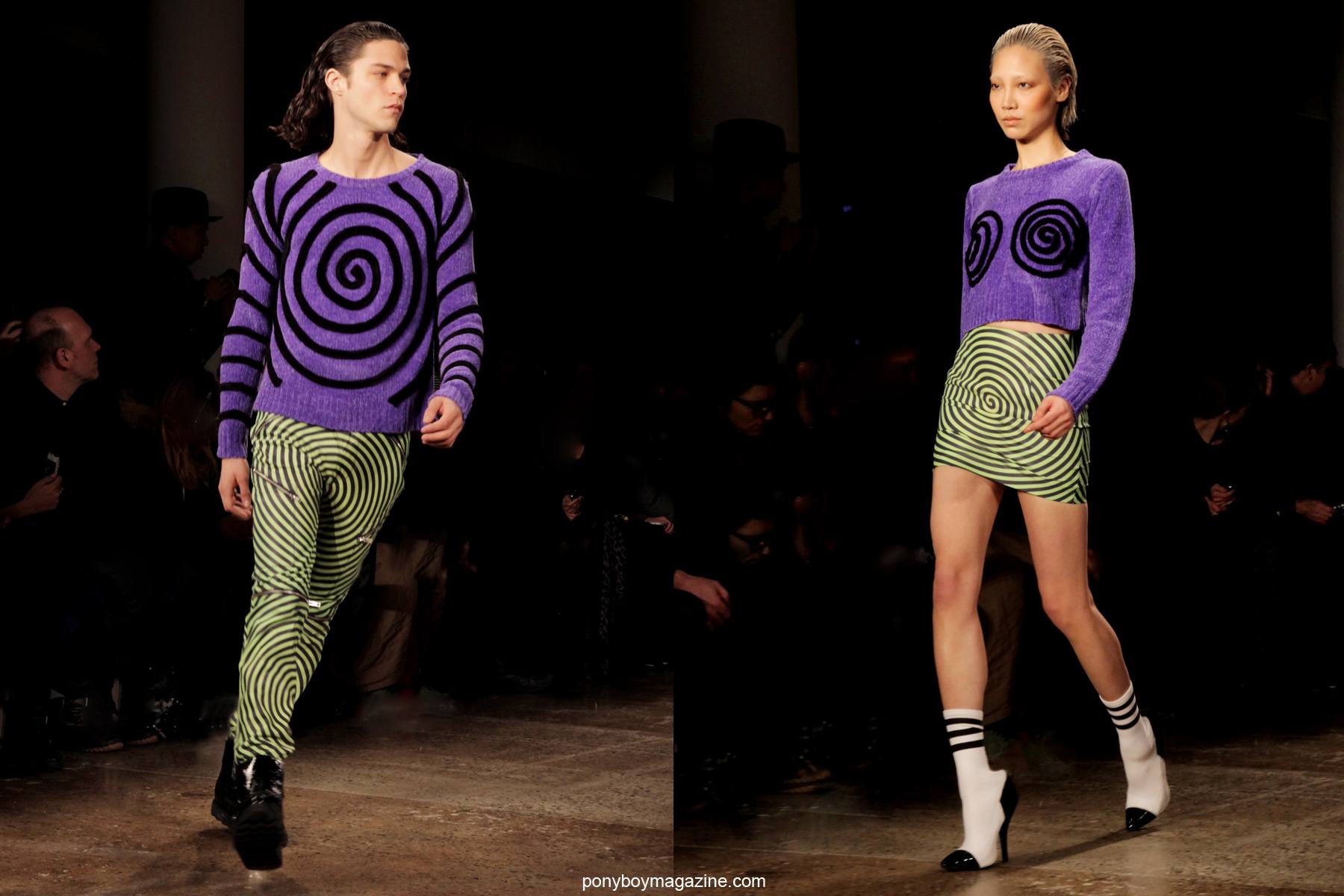 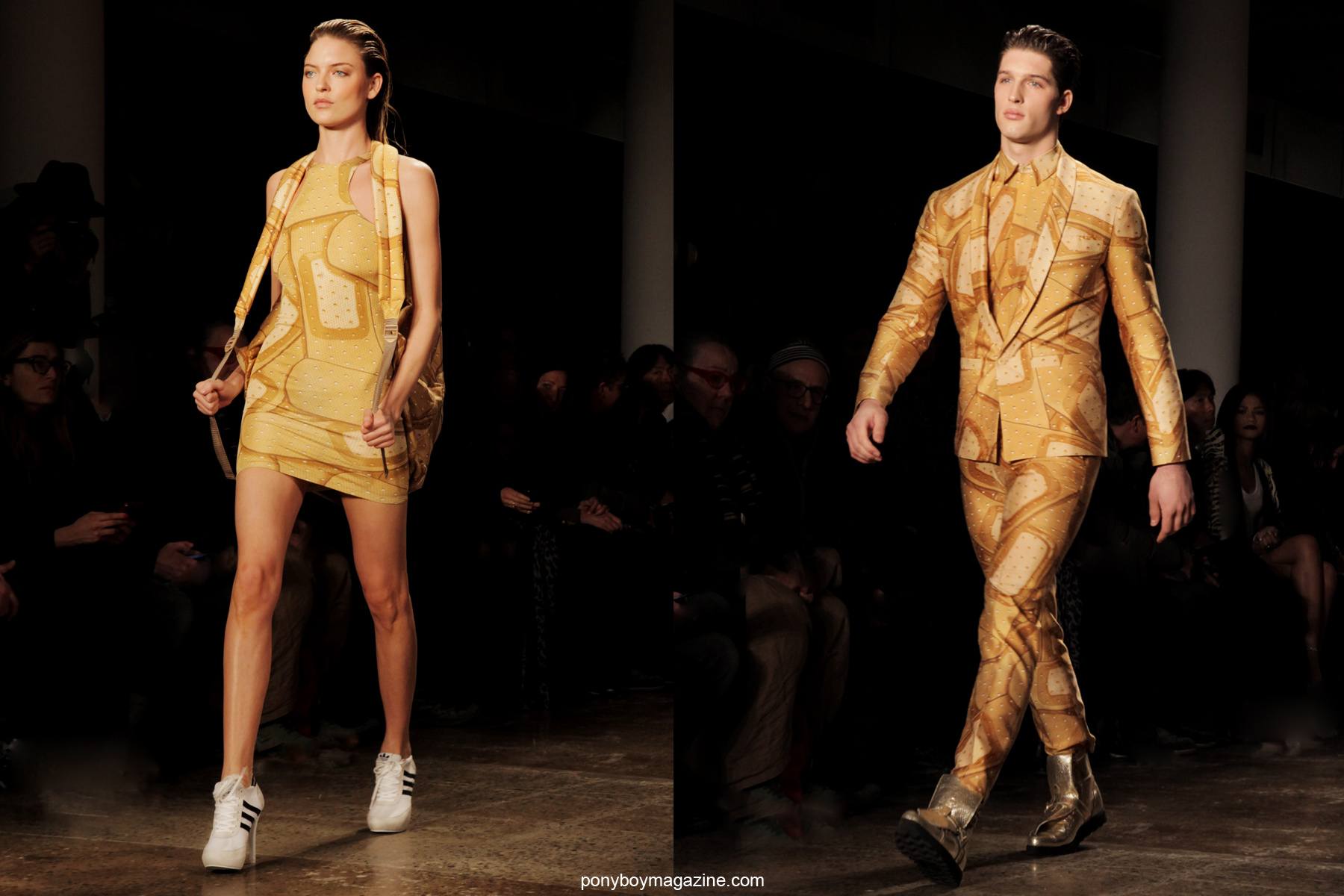 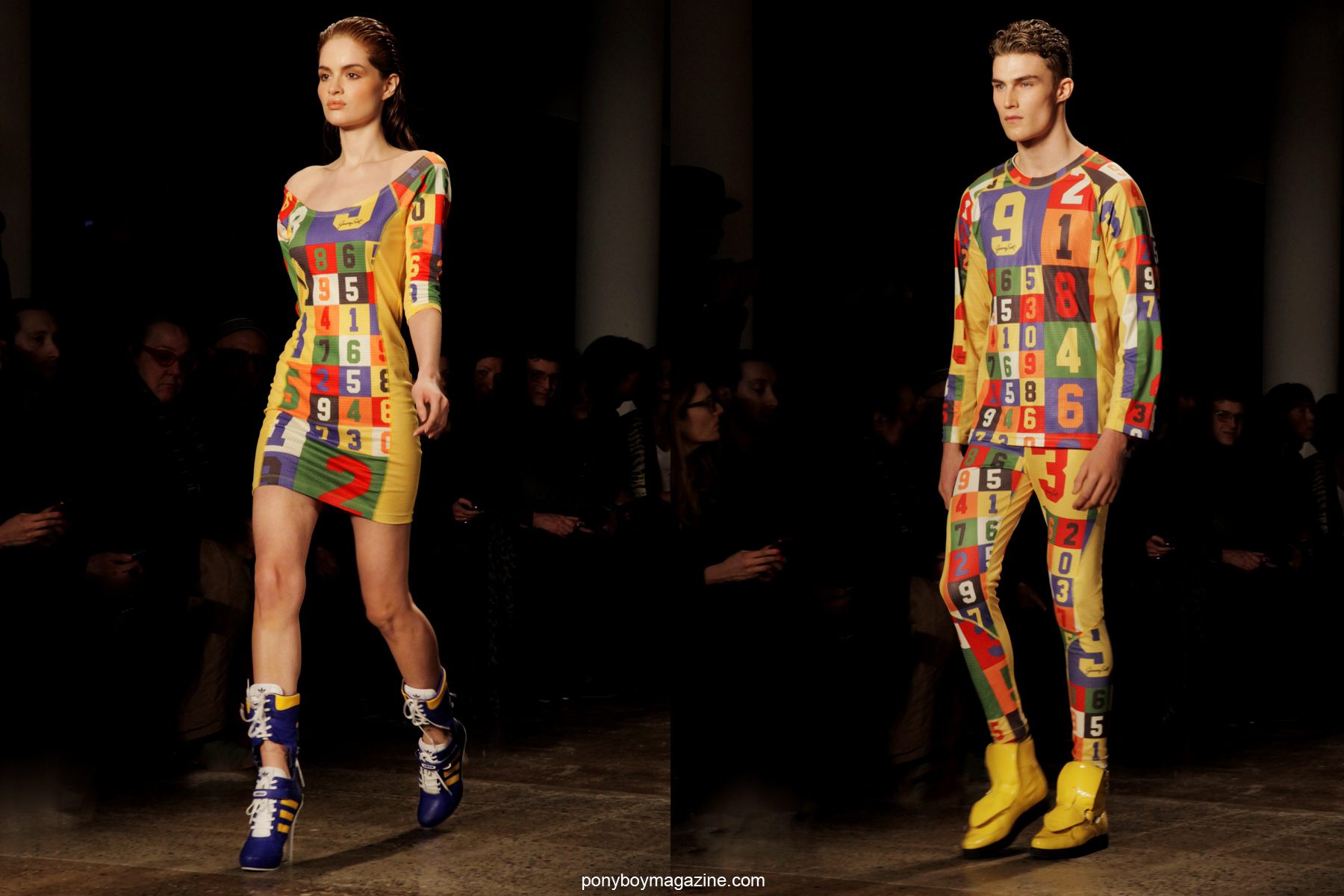 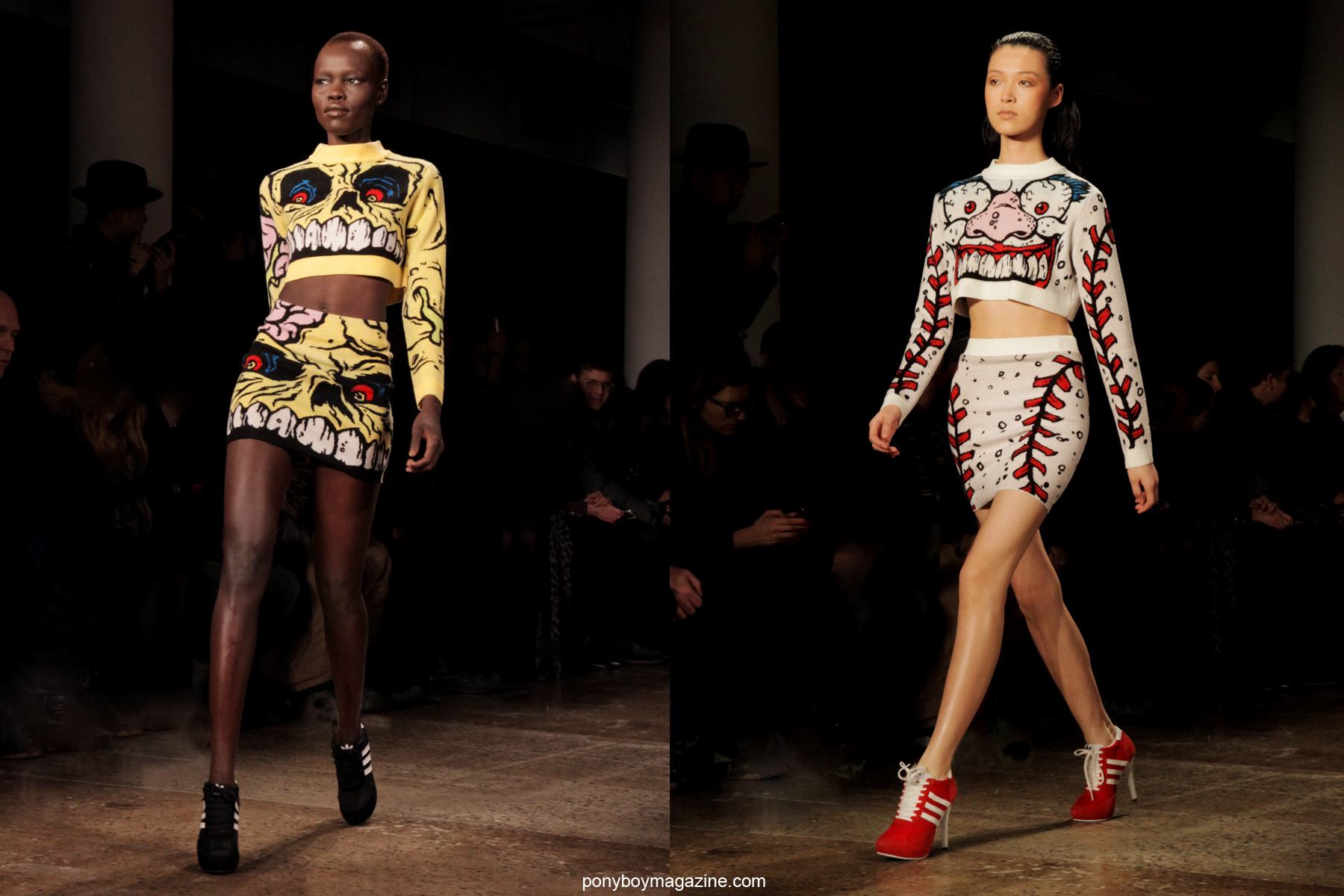 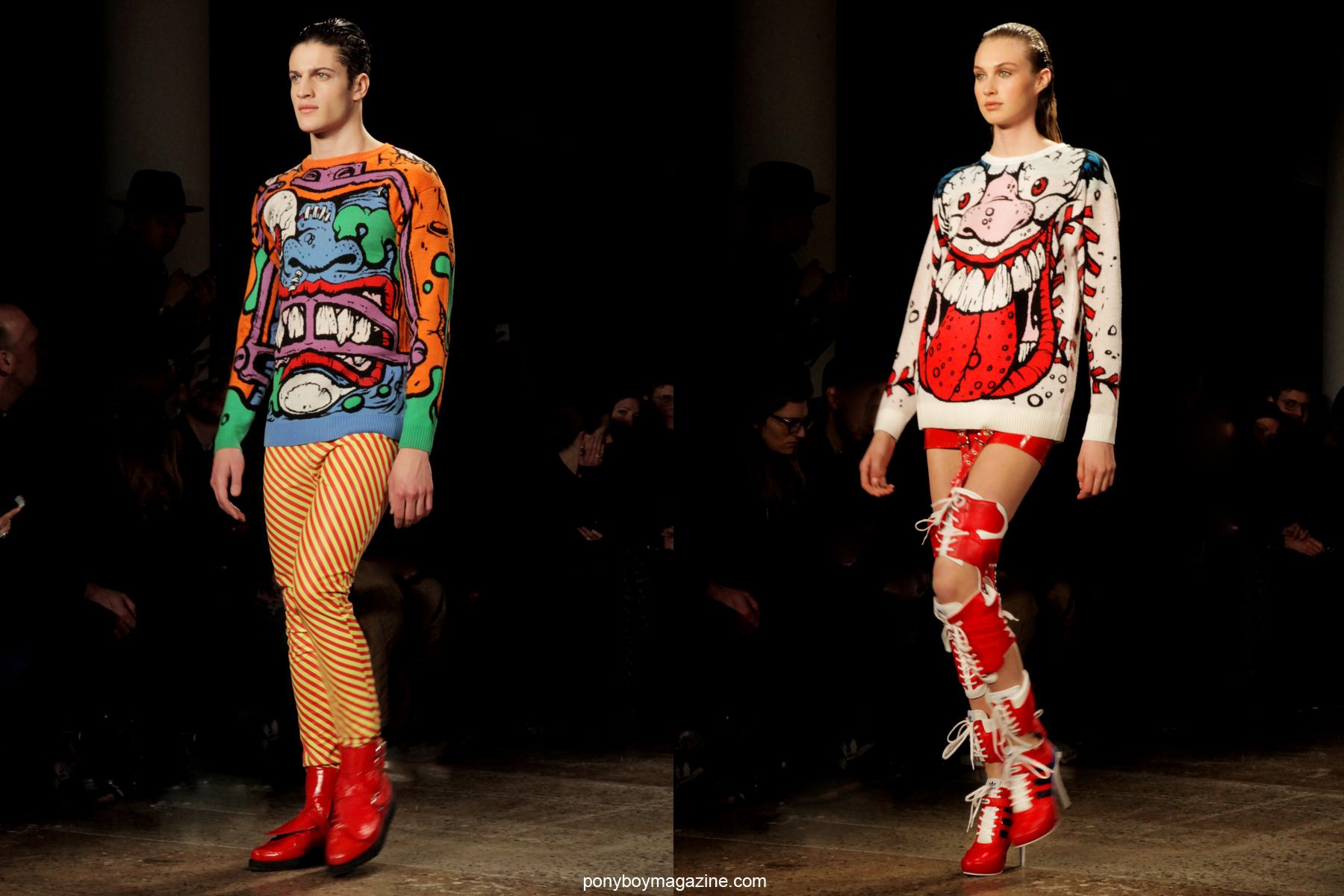 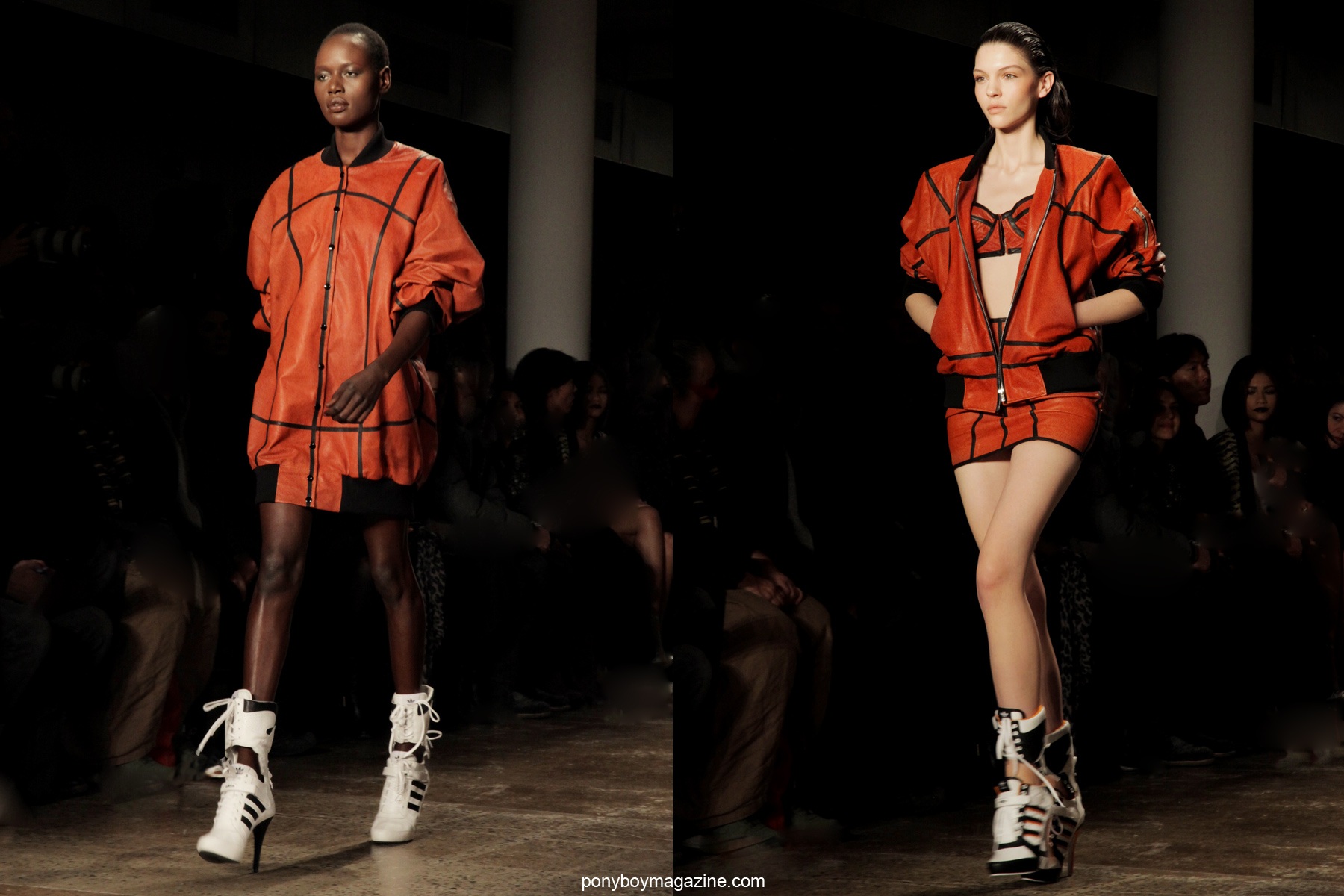 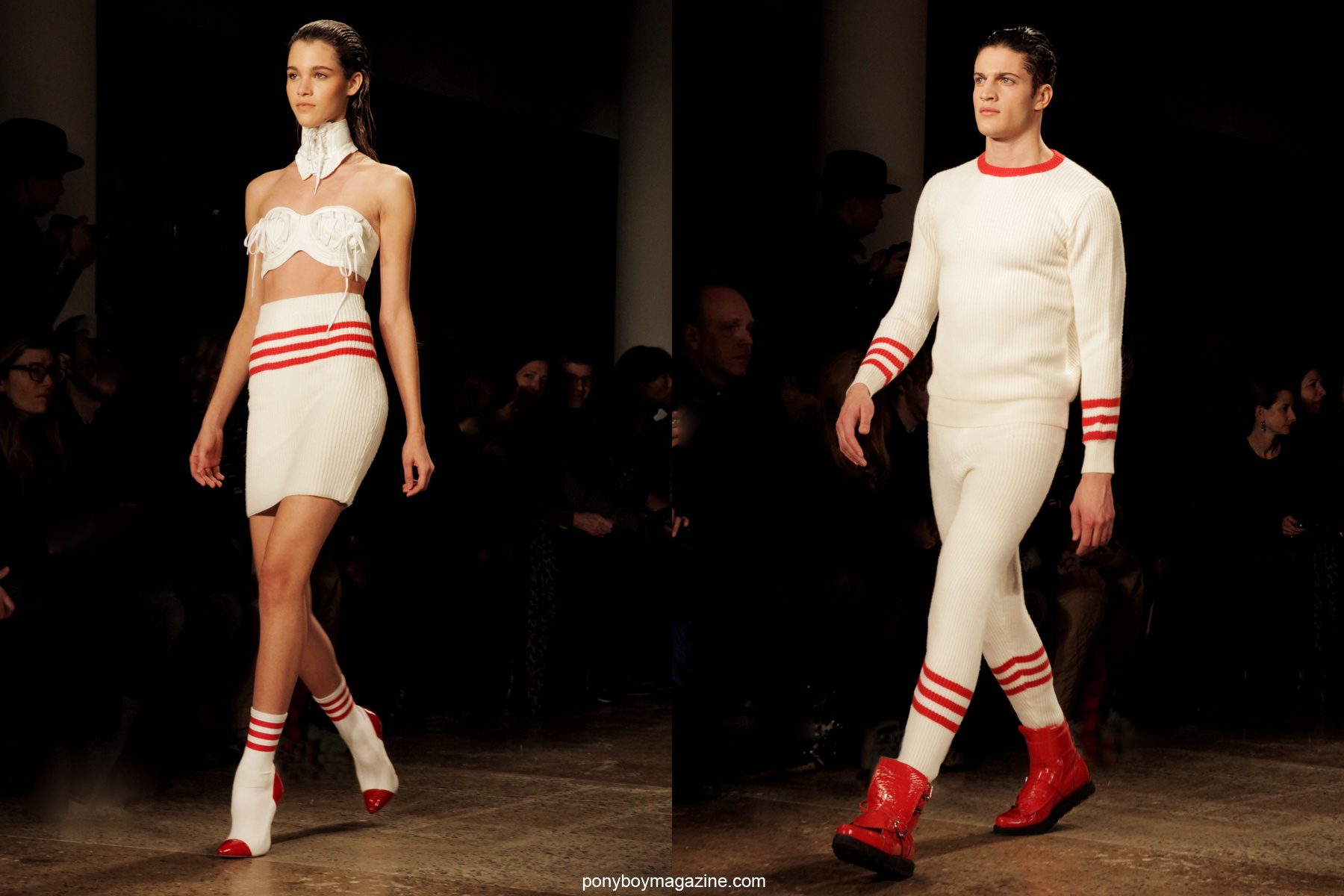 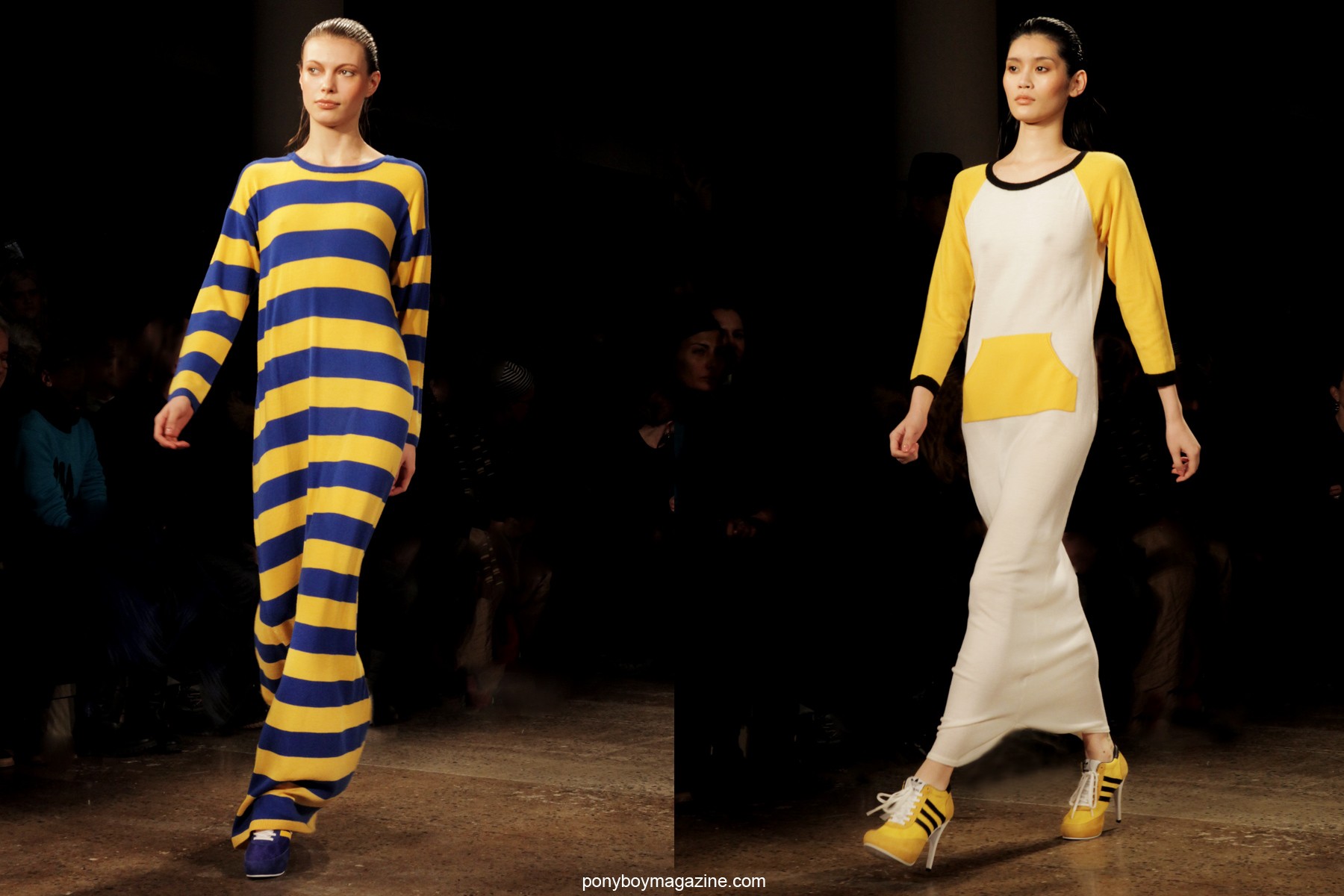 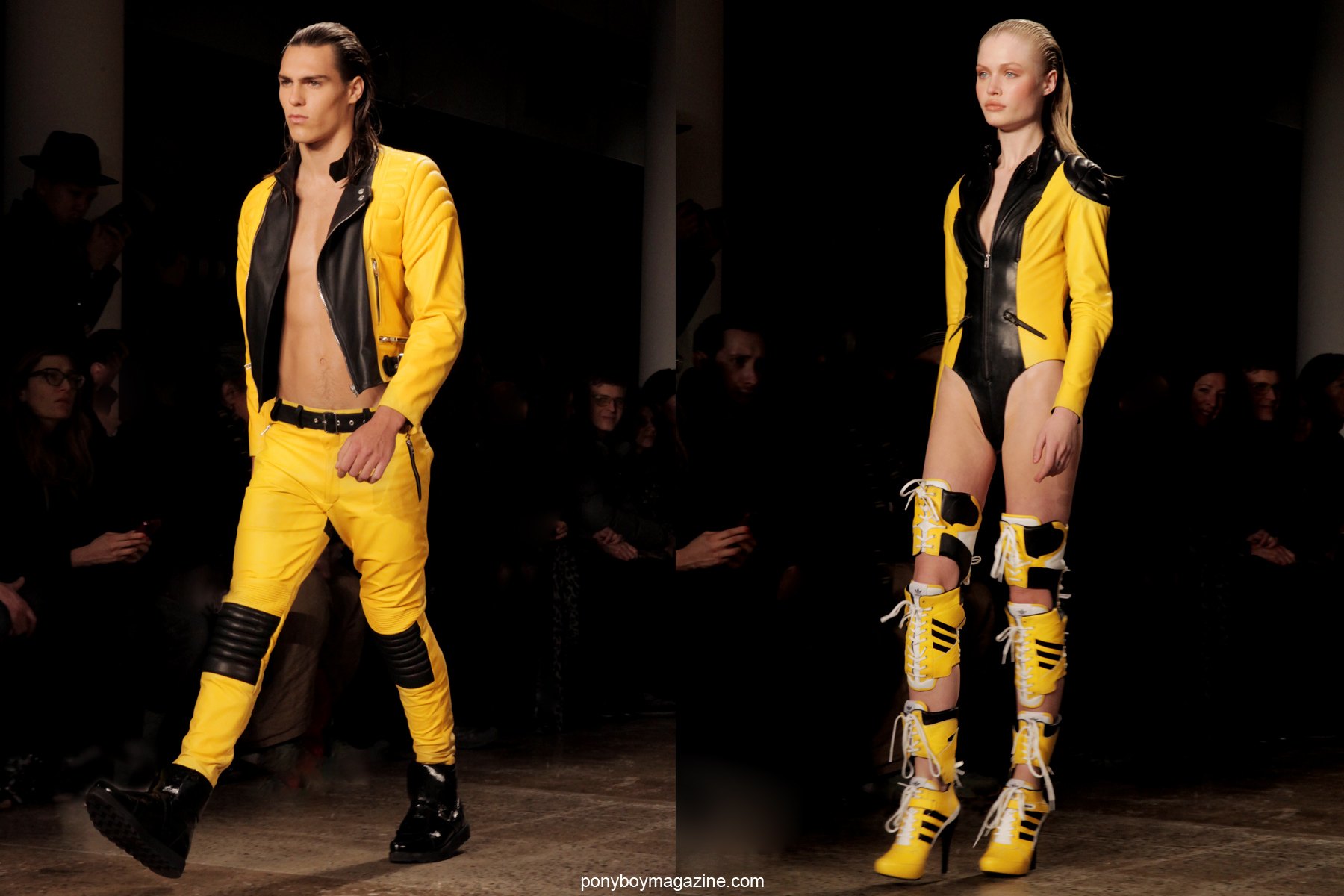 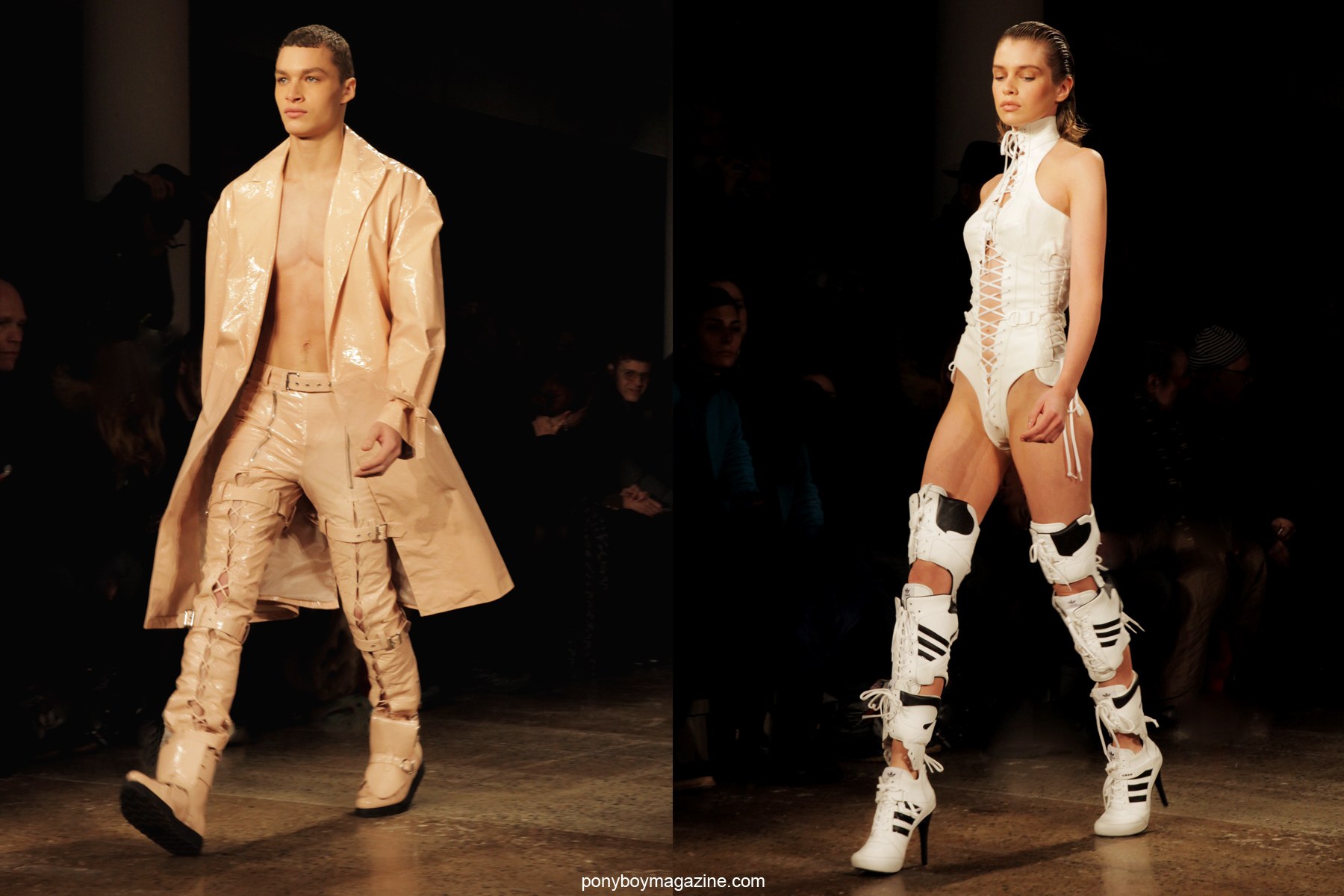 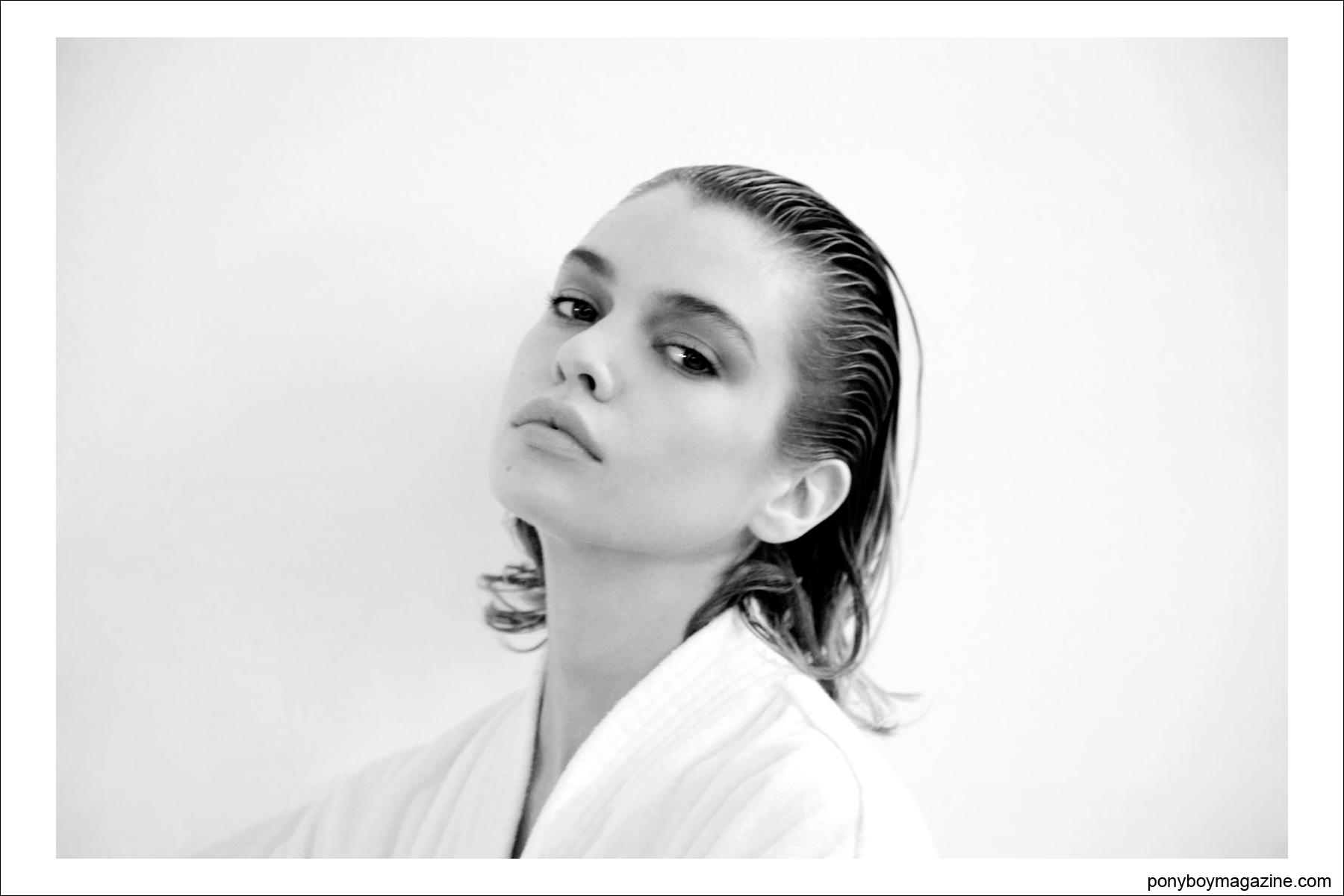 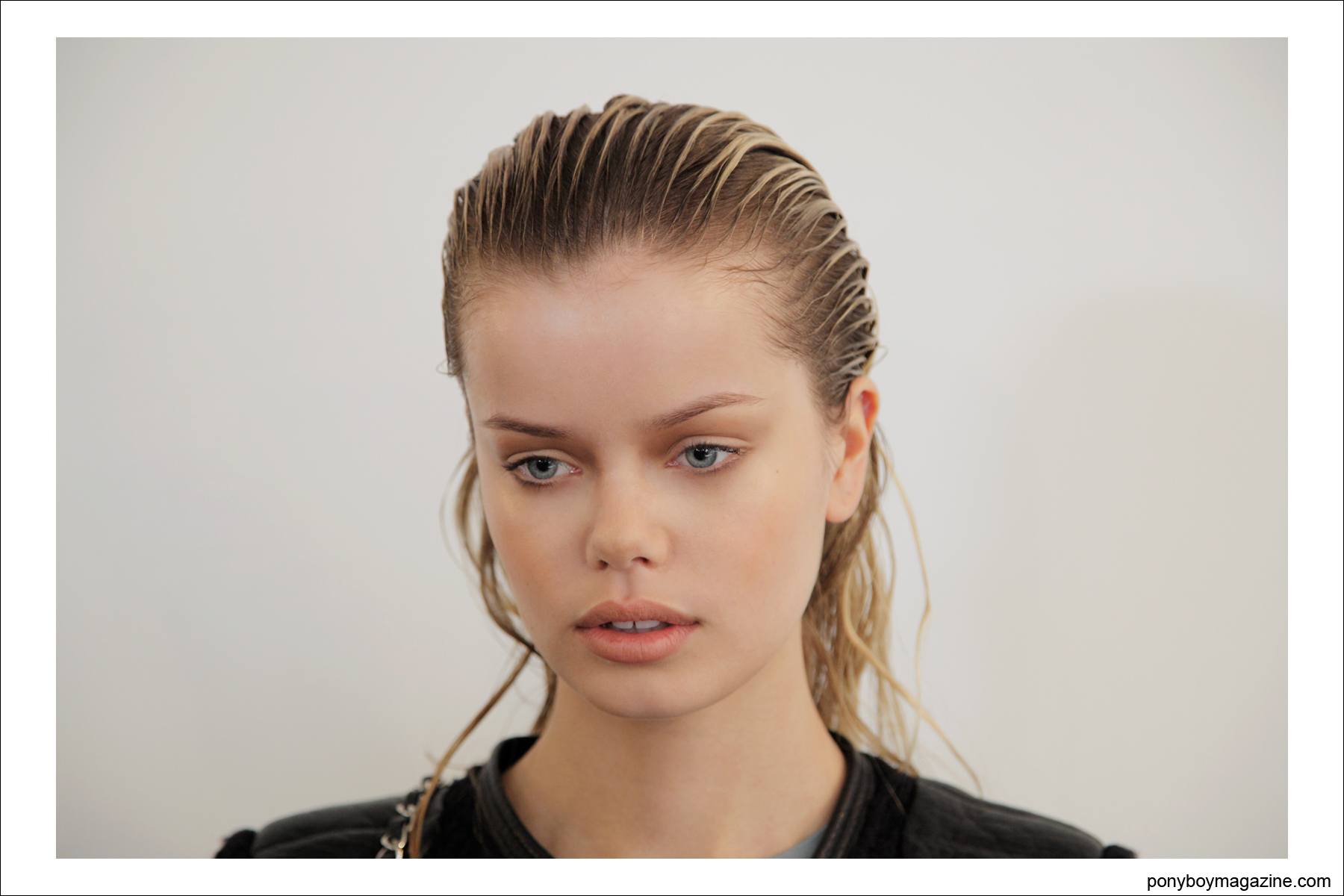 For Jeremy Scott’s Autumn/Winter 2014 show at Milk Studios in New York City, the term SPORTSWEAR was taken literally. This collection kept with the Jeremy Scott “motto” of young, vibrant and colorful. We saw athletic influences in pretty much every look the designer sent down the runway. For example, there were furry numbered maxi dresses inspired by football jersey’s, a dress made to look like a basketball, as well as tube sock inspired dresses. And his signature bold patterns, including a band-aid print and the knitted monster crop tops and minis inspired by Madballs from the 80’s. We also saw corset tops, bondage pants and extremely high cut bodysuits. We’re big fans of the Adidas sneaker stilettos he created, and even more so the crazy deconstructed over-the-knee shin guard boots. “Looks like a pump, feels like a sneaker” indeed. Photography Alexander Thompson.