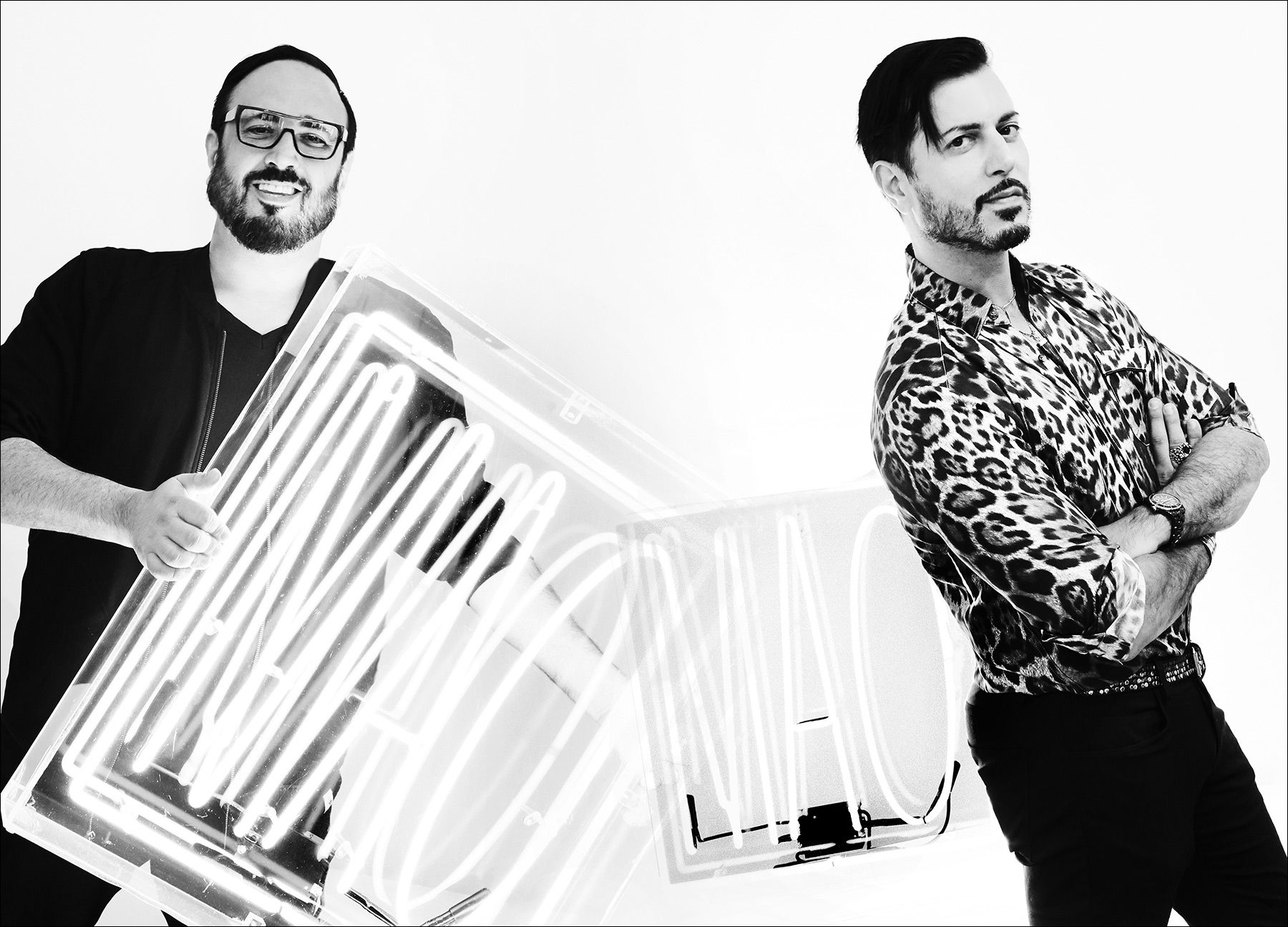 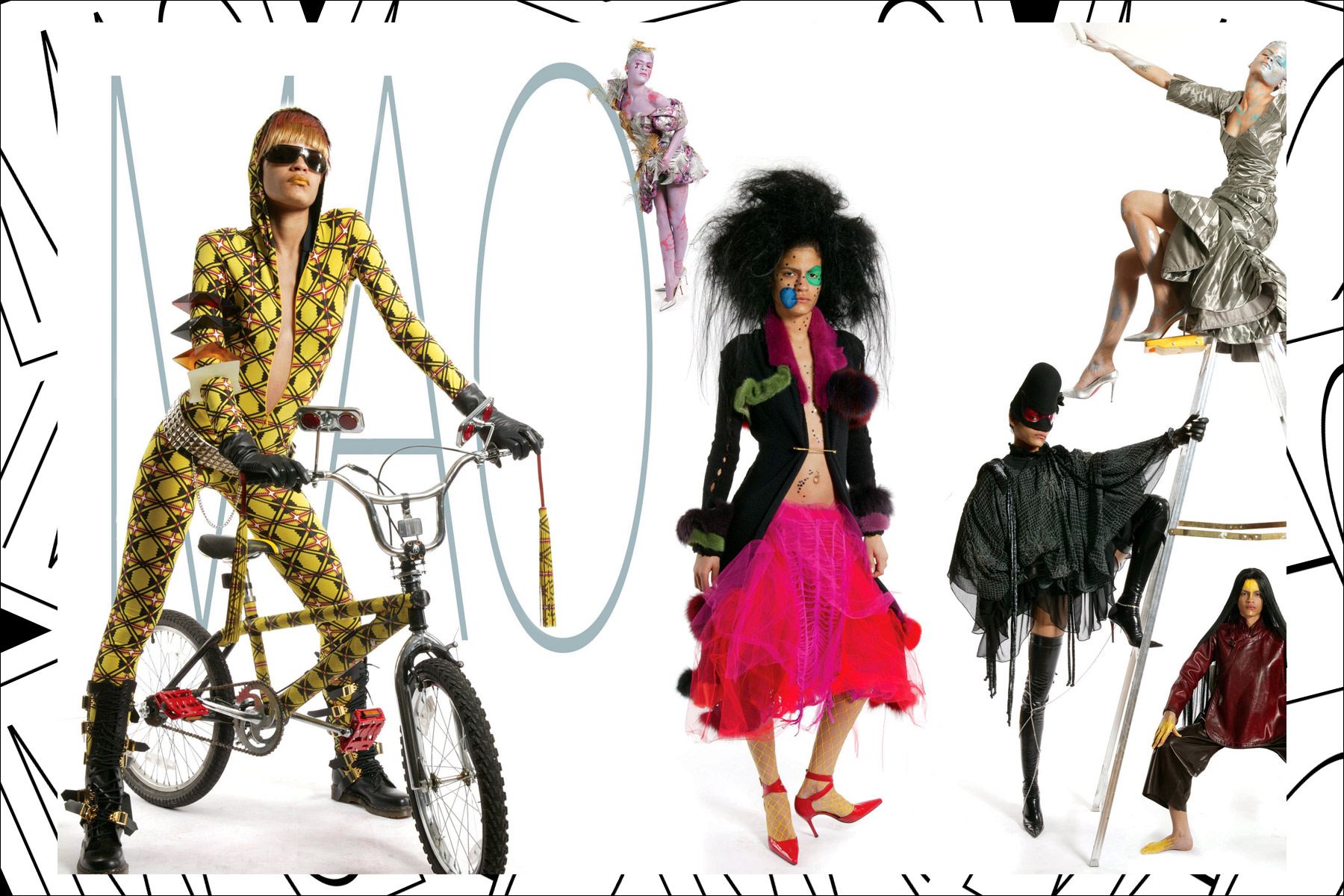 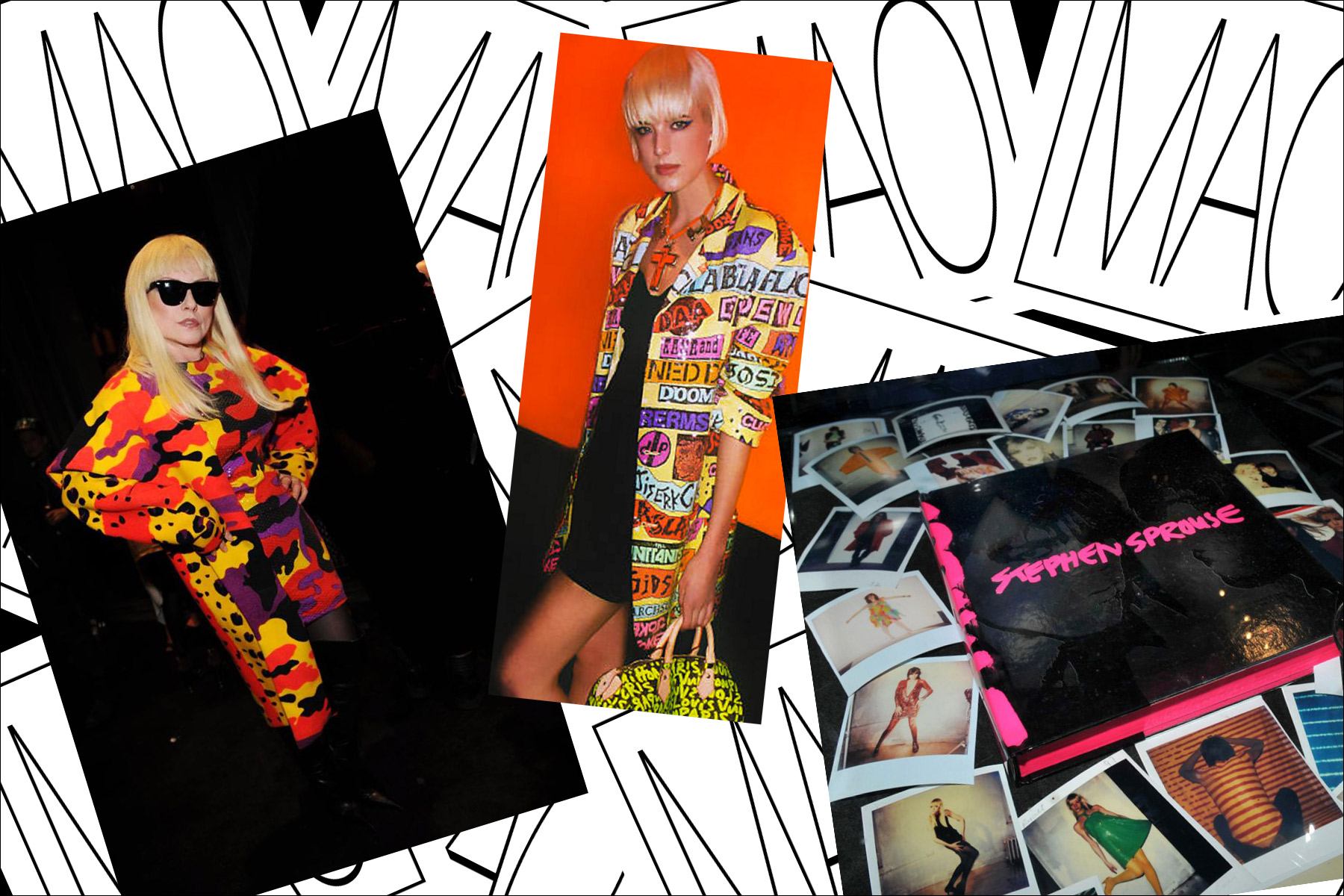 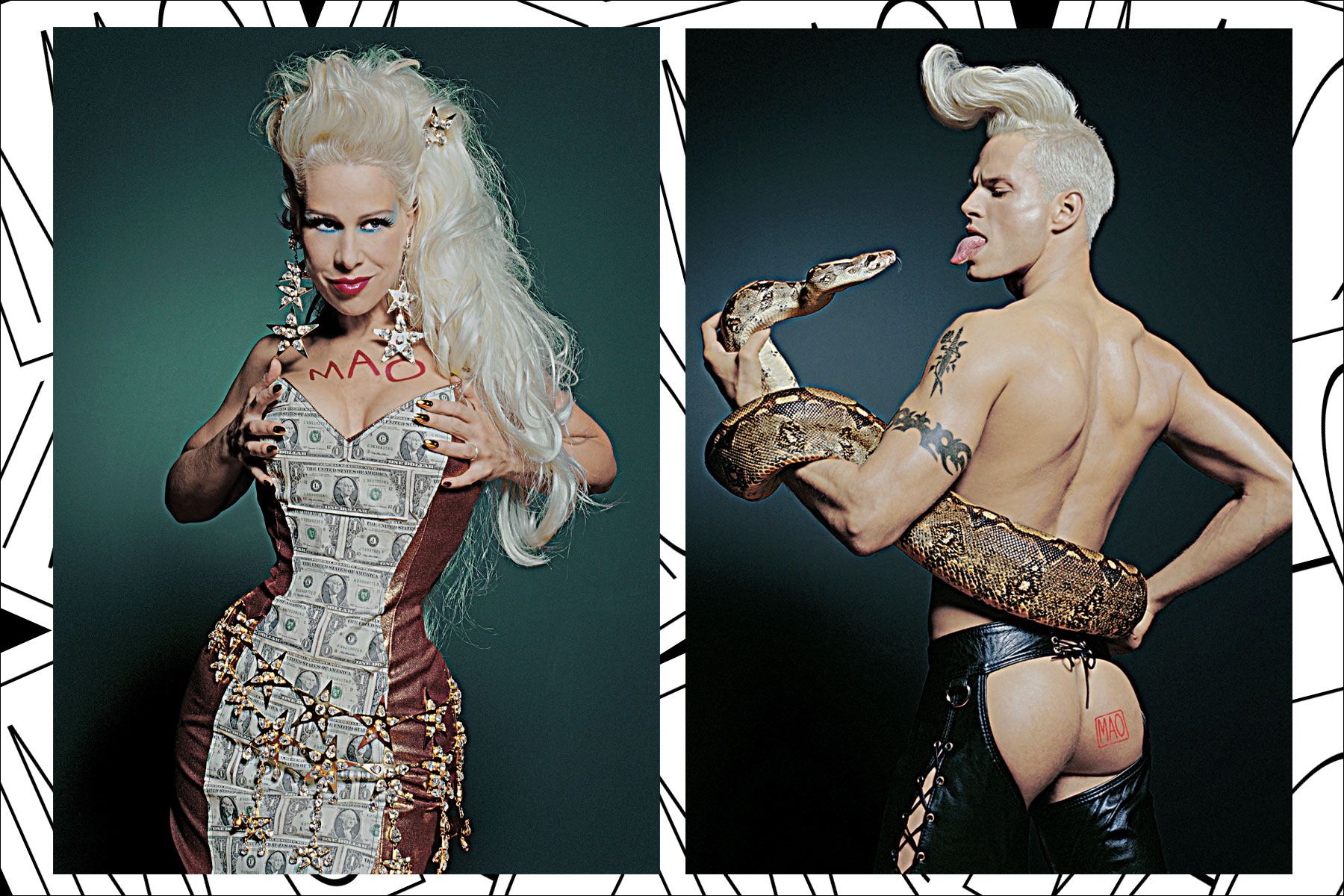 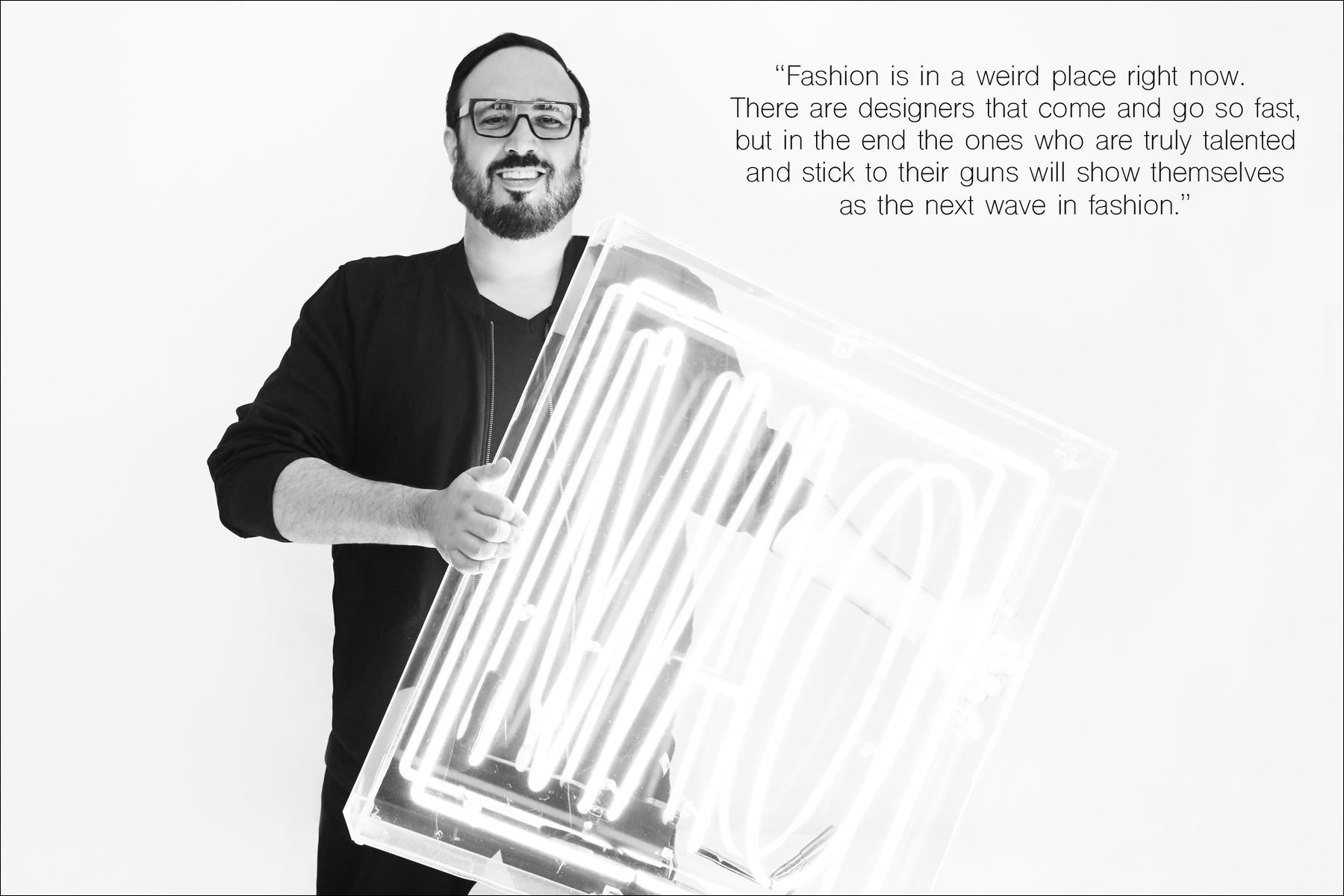 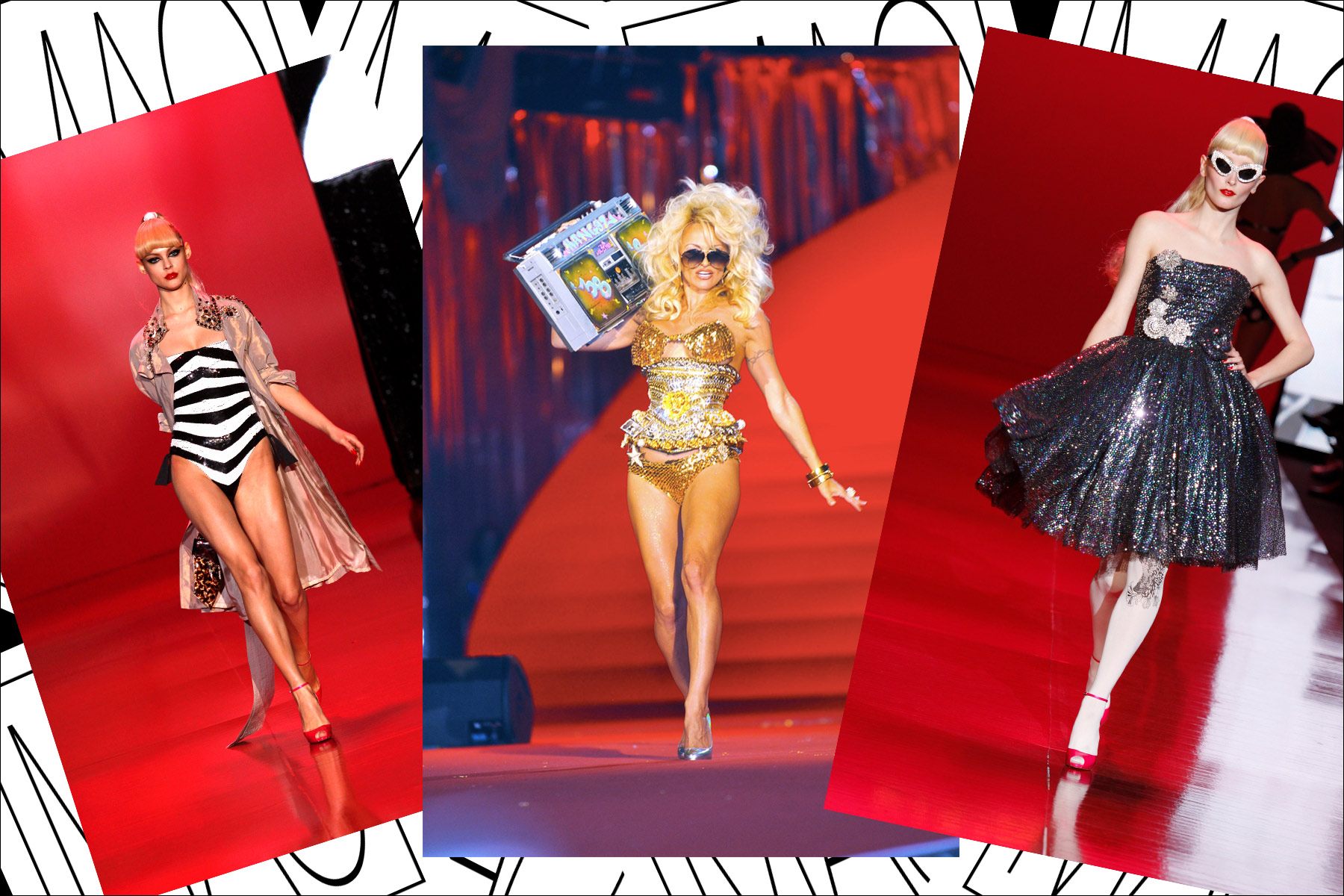 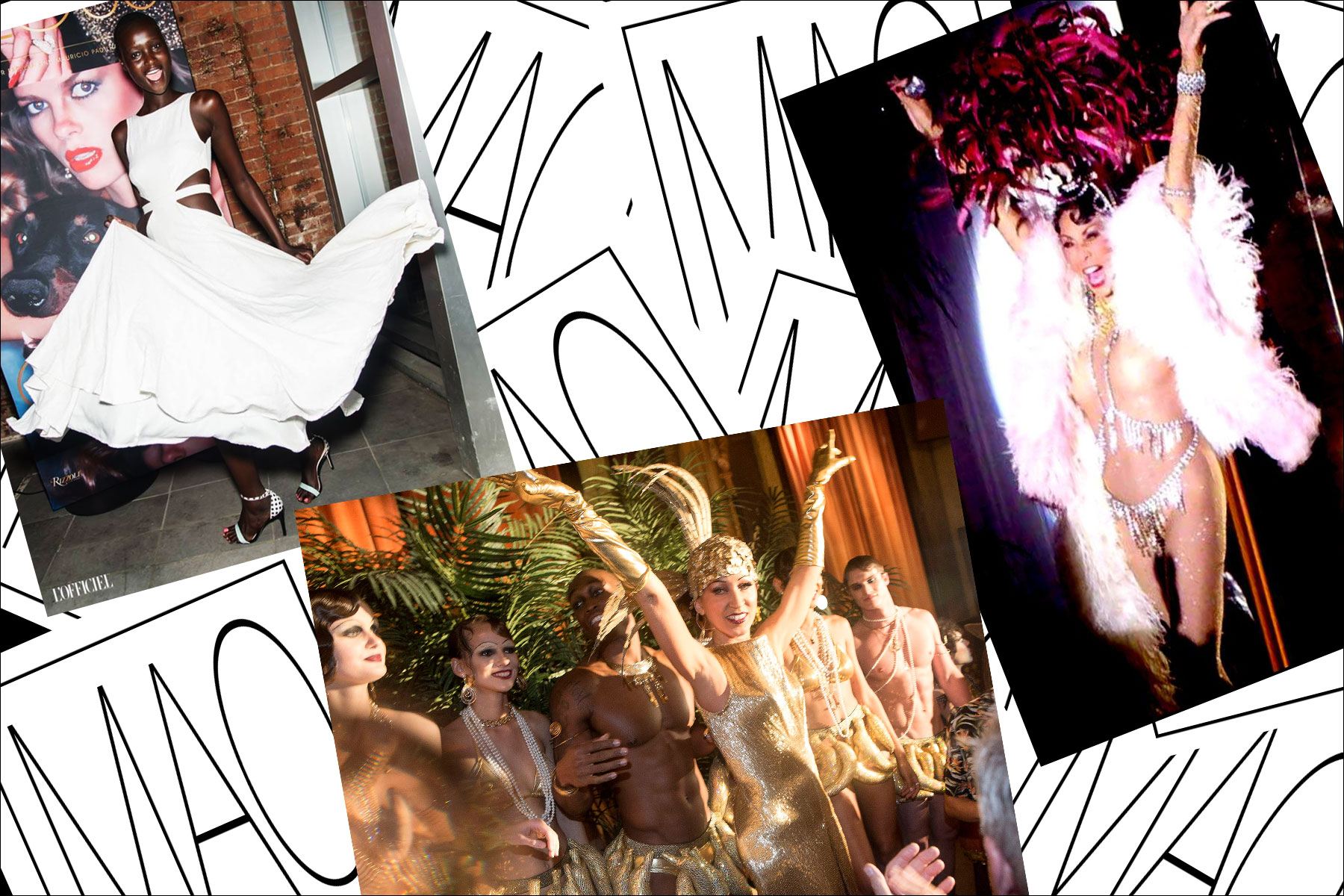 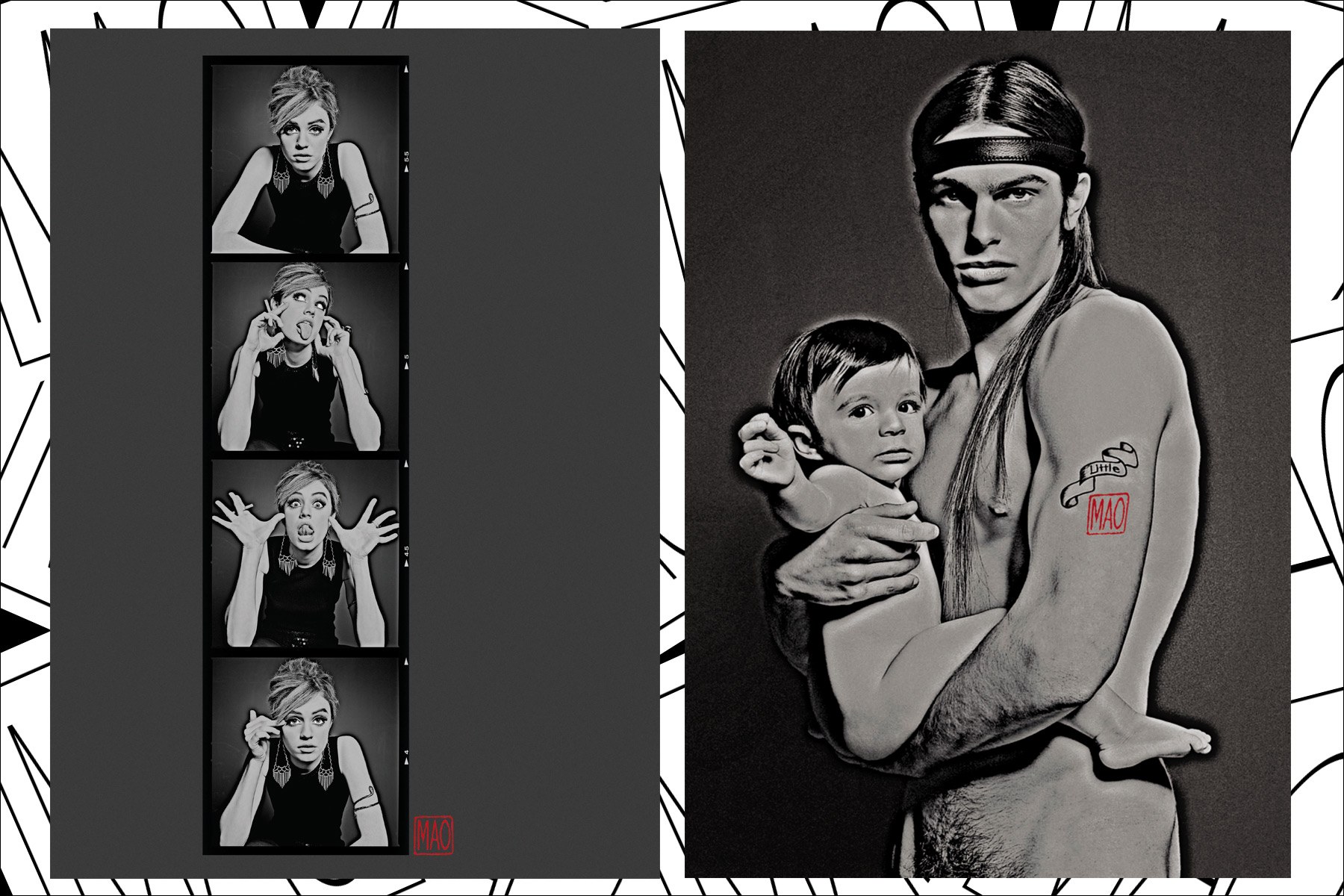 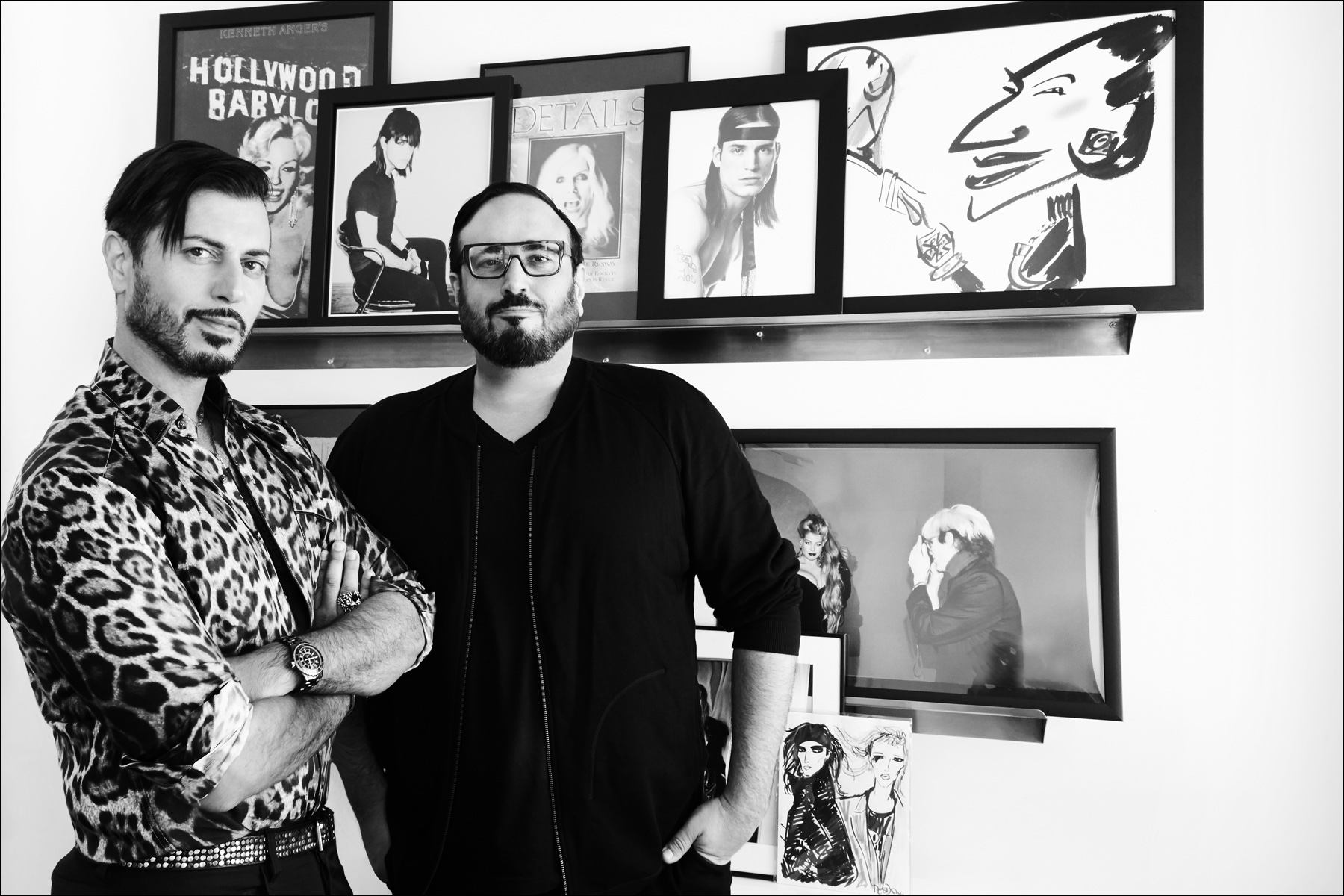 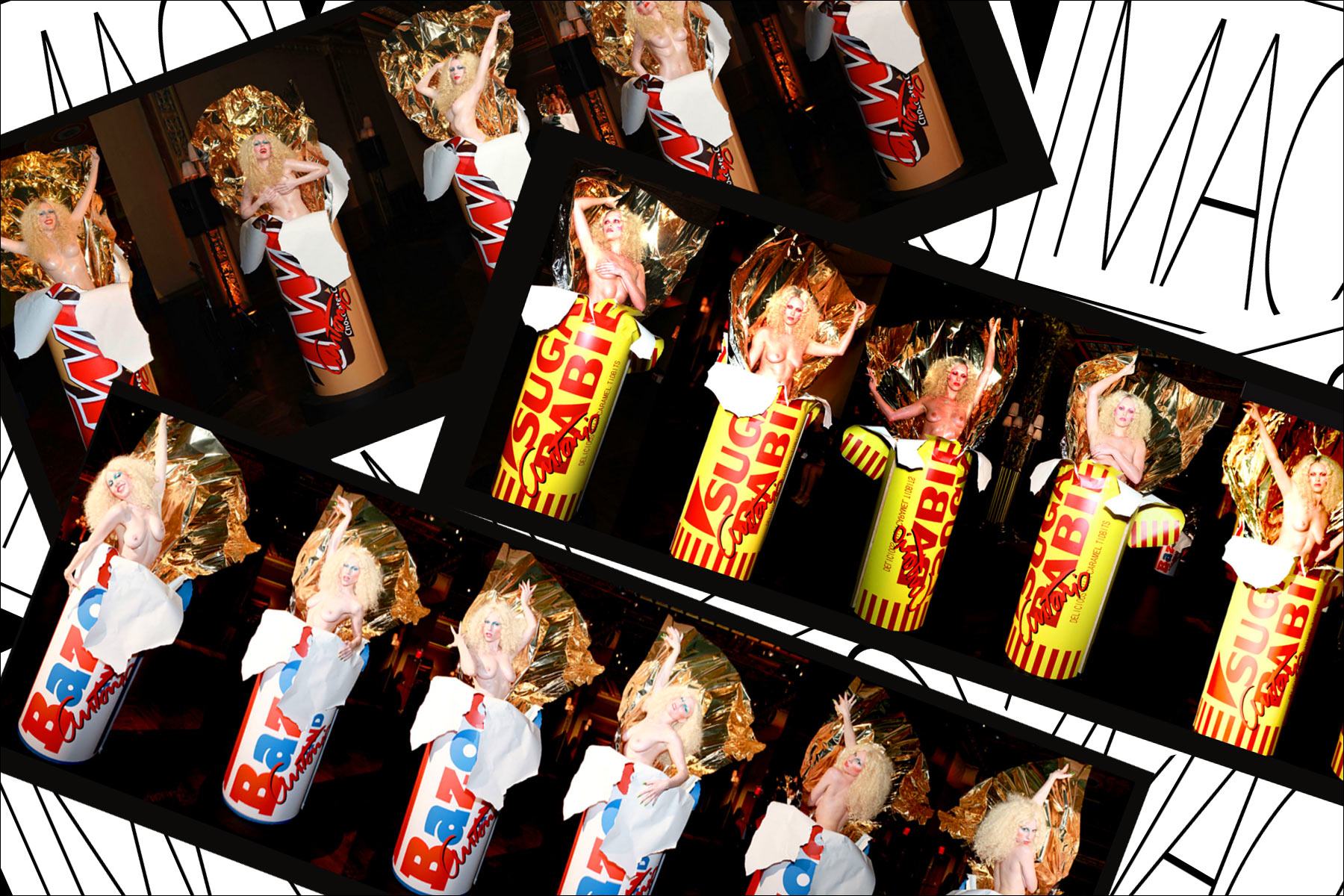 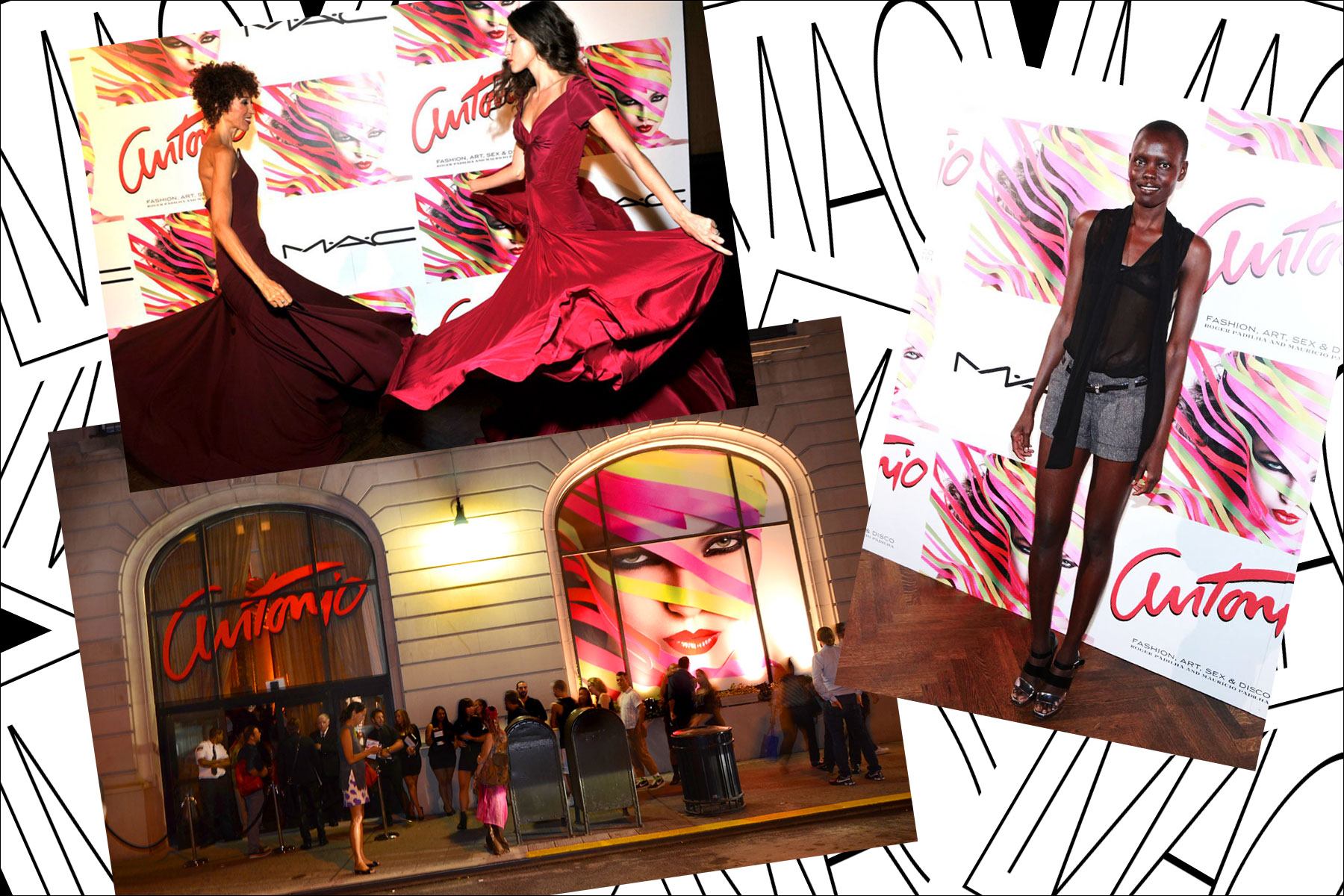 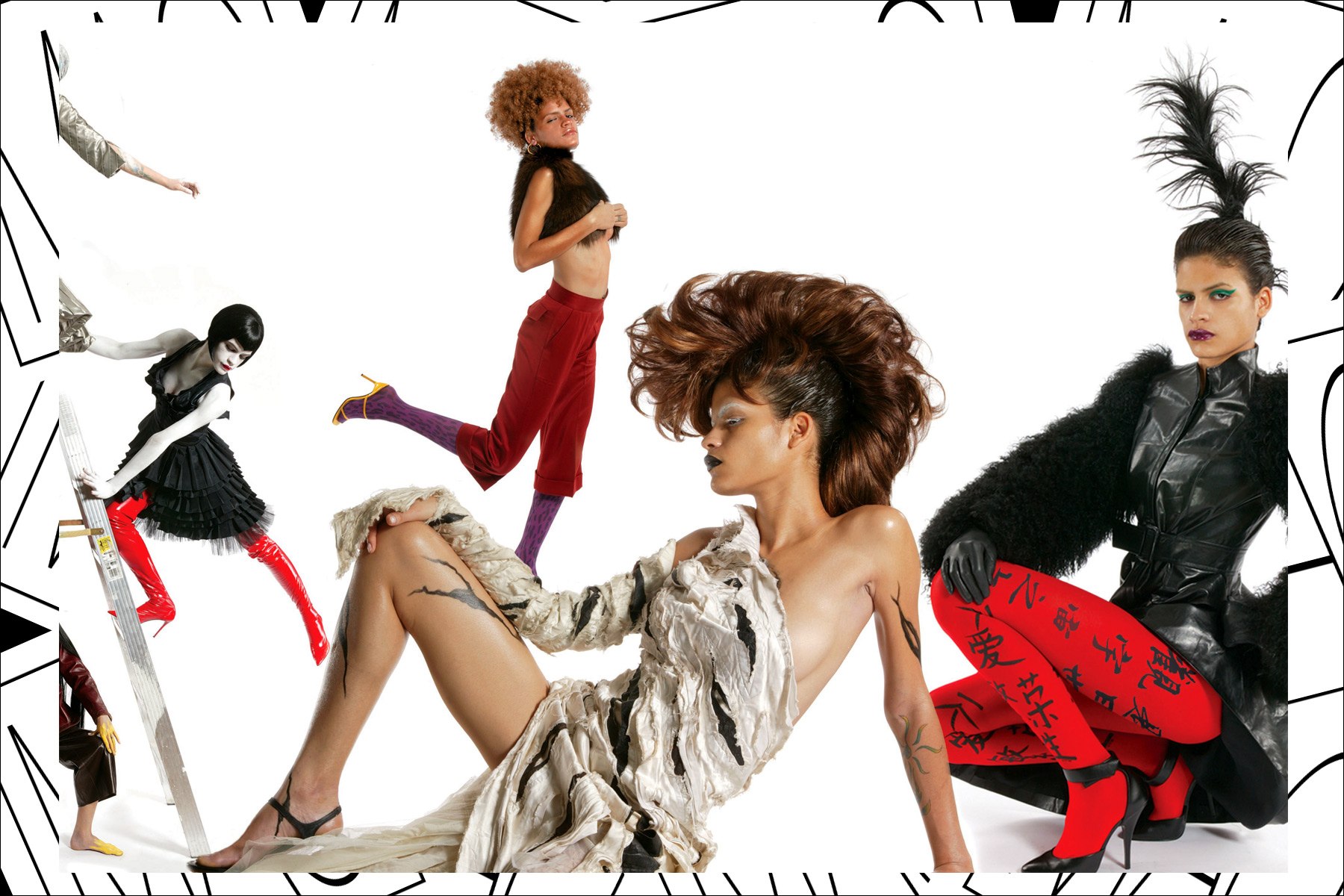 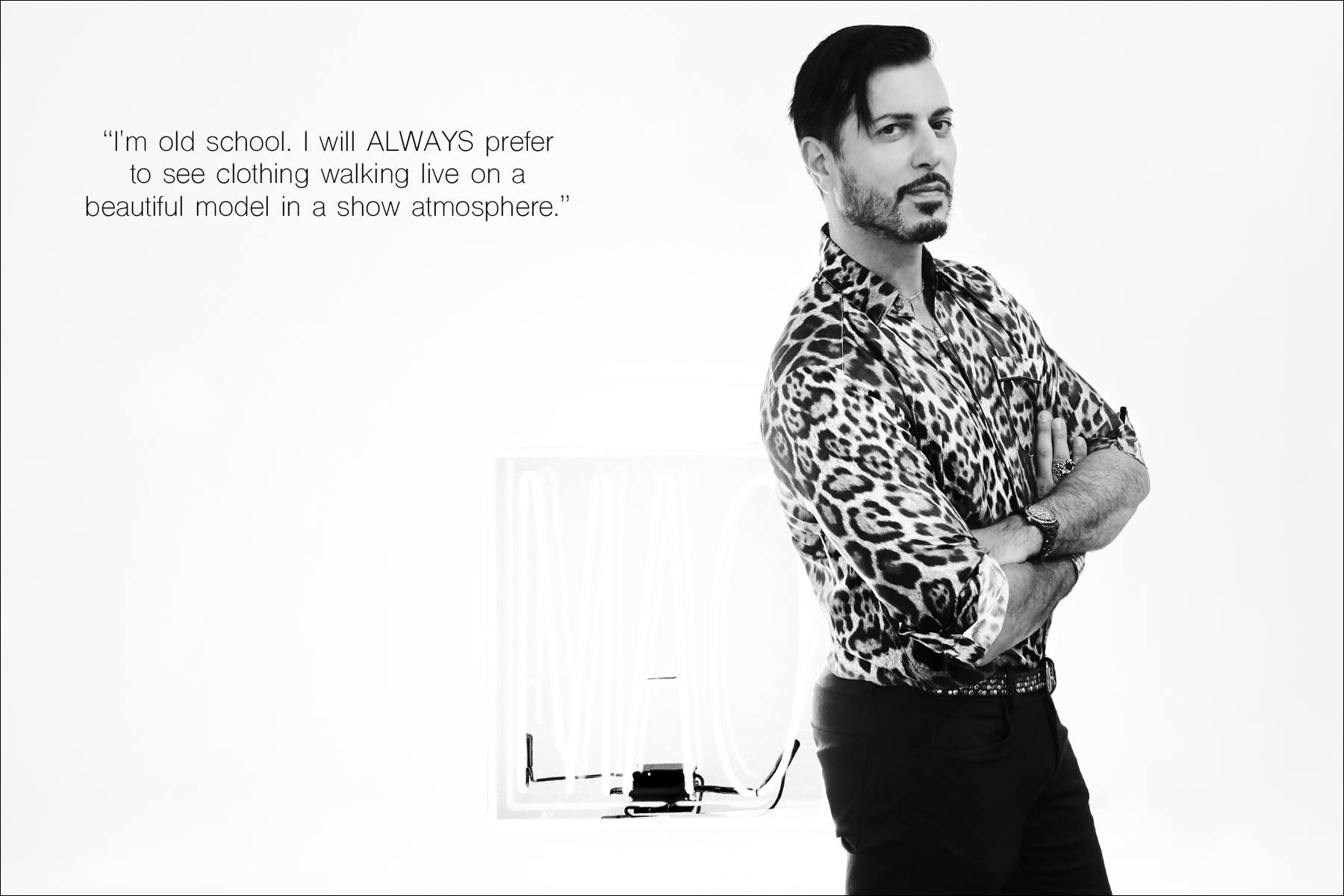 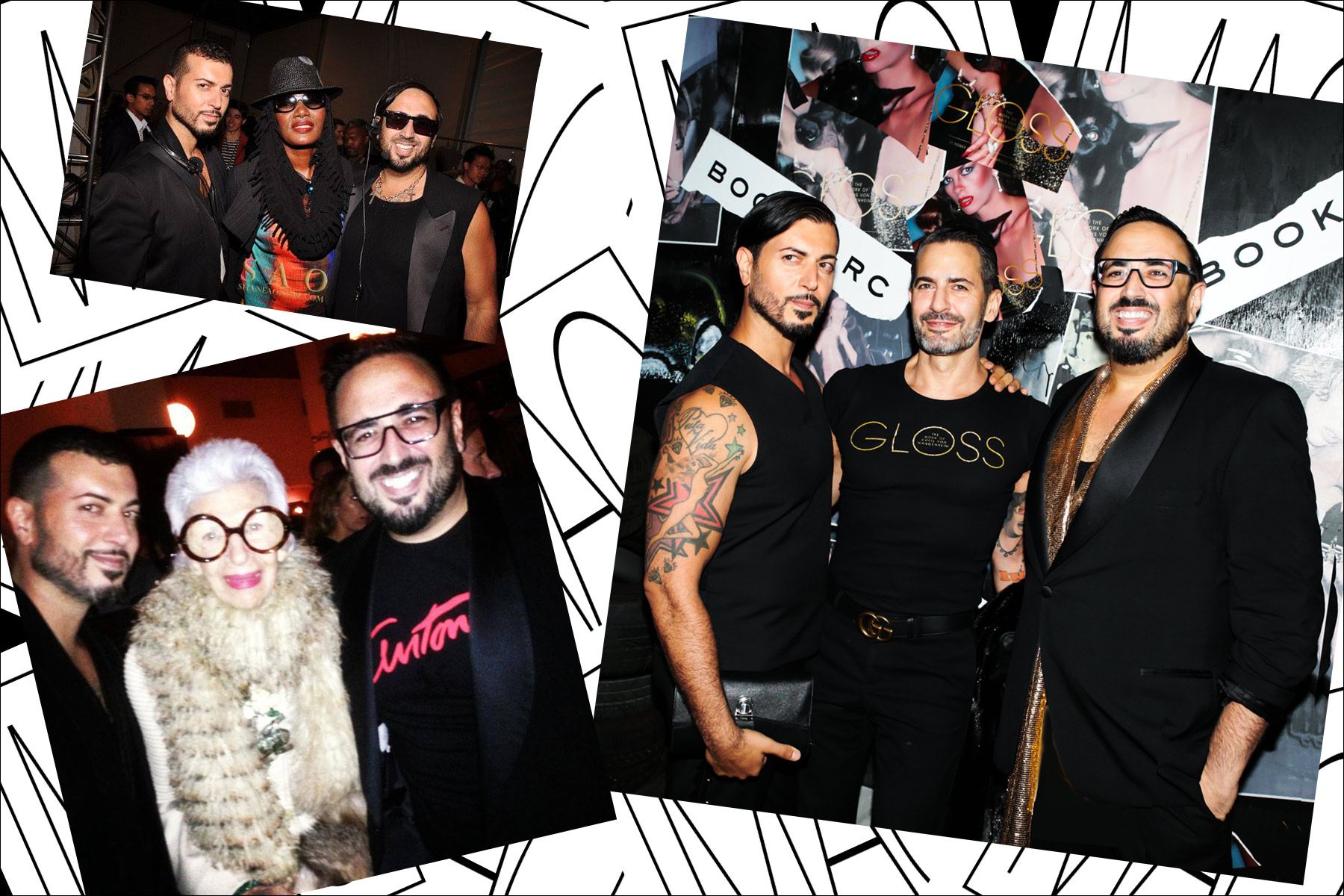 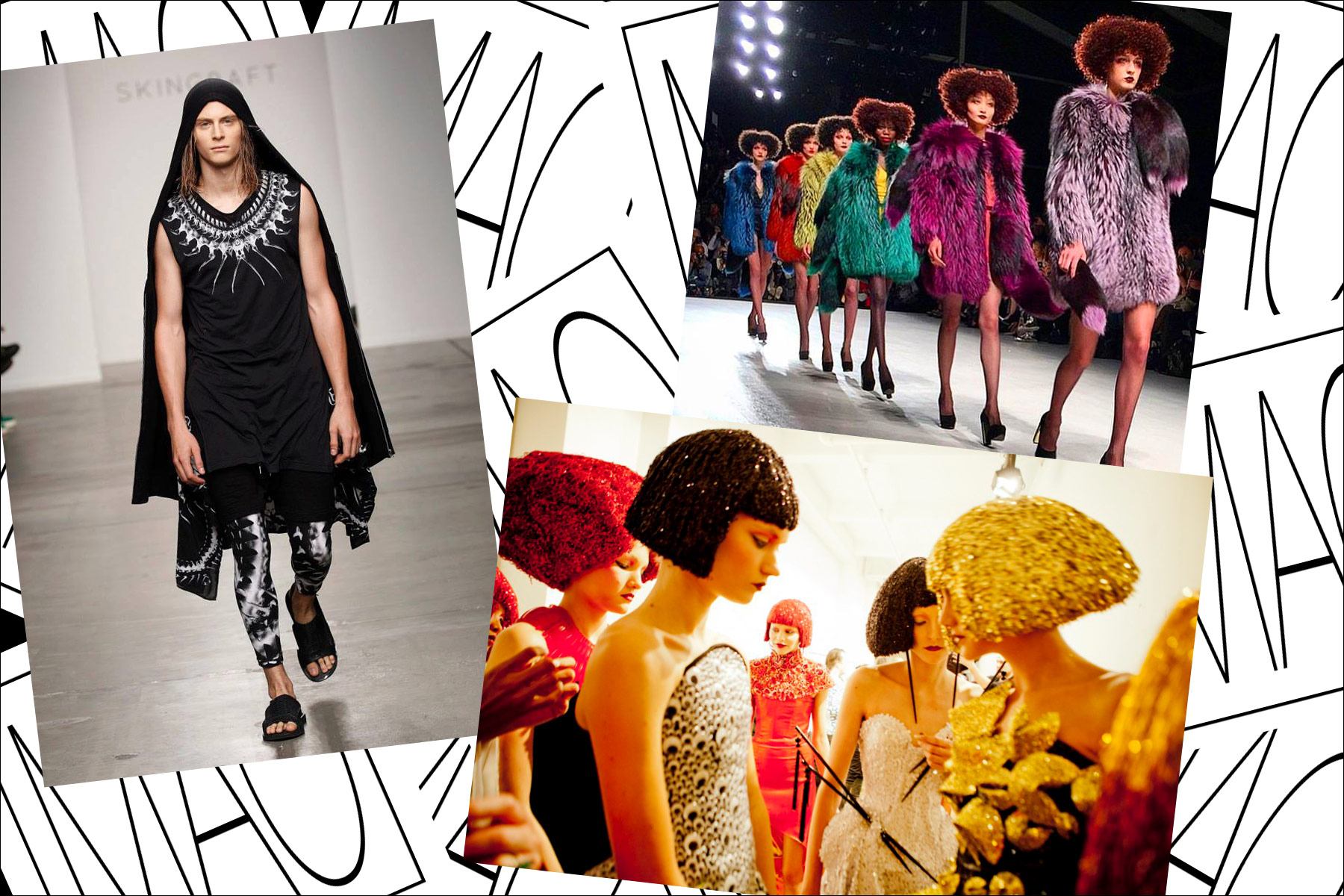 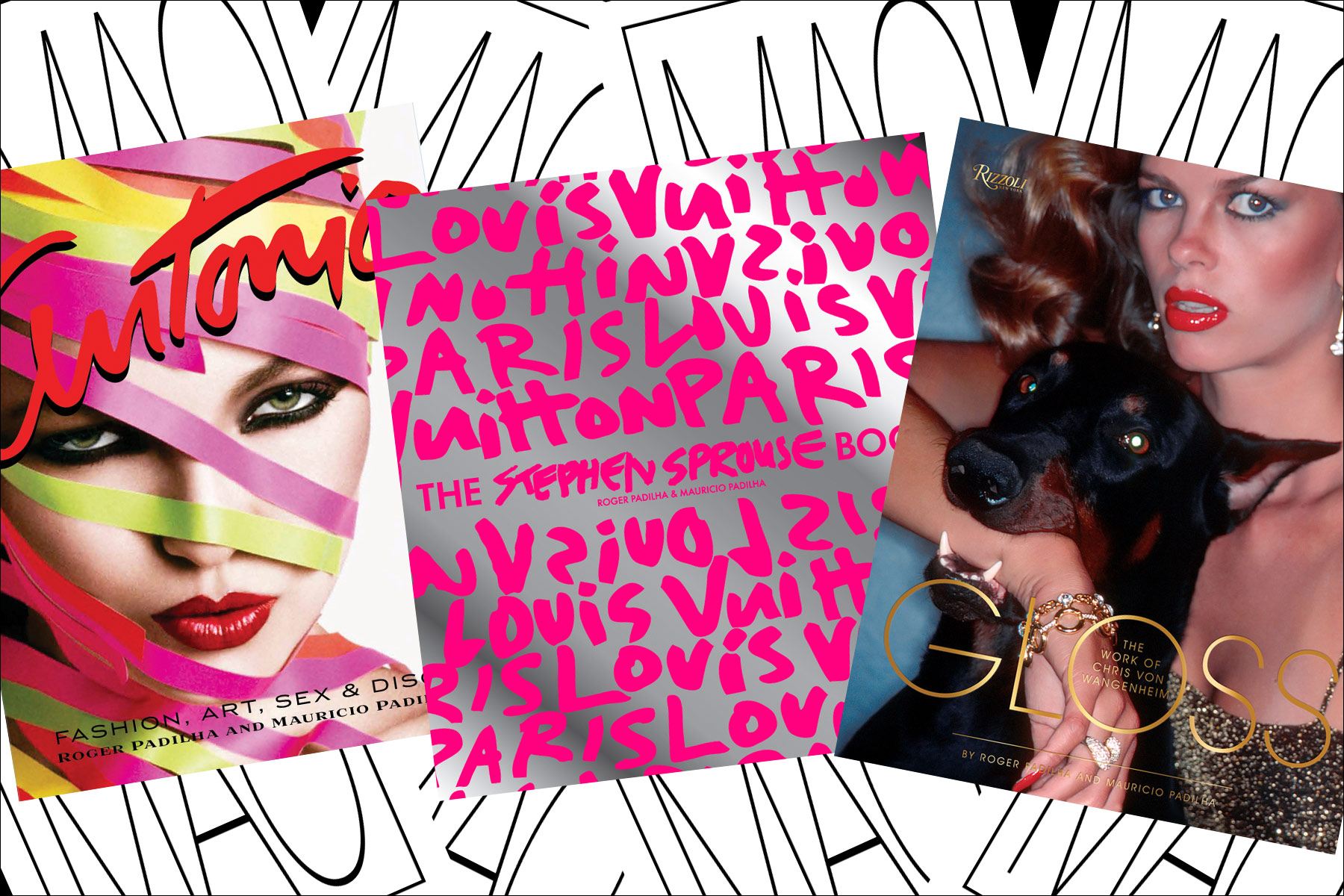 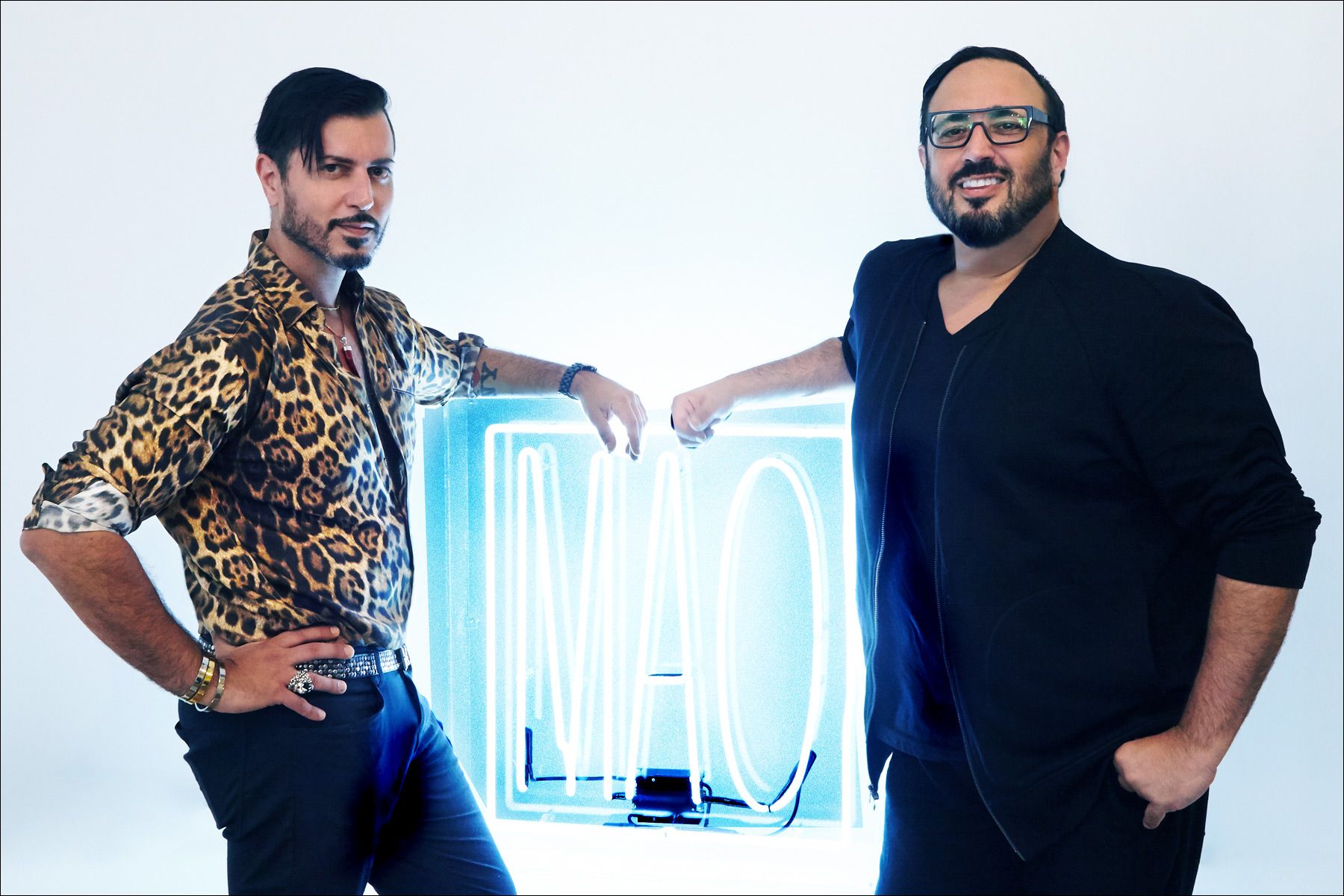 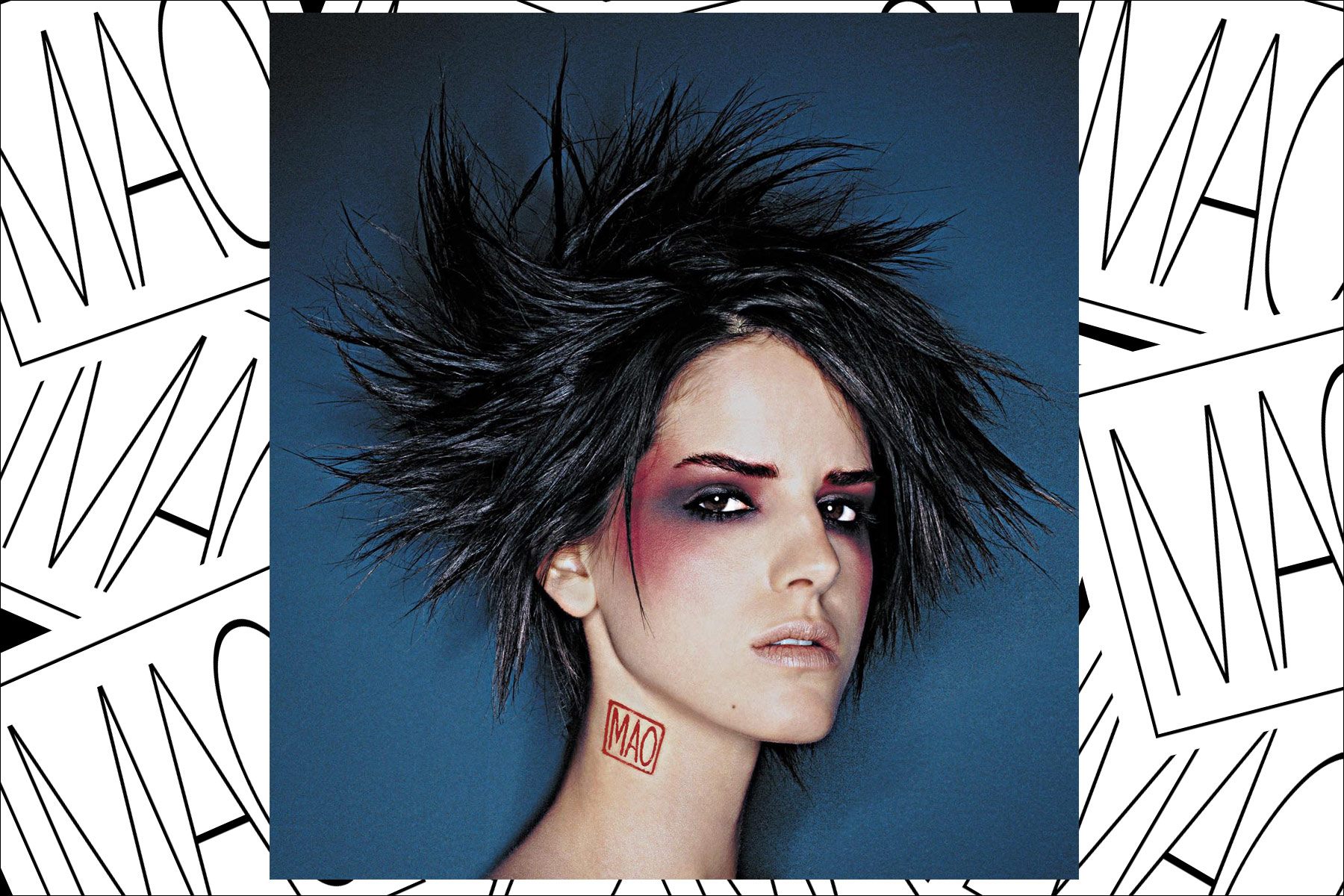 For 20 years, brothers RogerPadilha and Maurcio Padilha have carved a niche into the cutthroat world of fashion PR with their New York based fashion public relations firm, MAO PR. Showcasing new, emerging talent, they have very successfully helped launch the careers of various fashion labels, most notably Jason Wu and The Blonds. Upon entering their 14th Street offices in New York City’s trendy meatpacking district, the ambiance is more reflective of say, Andy Warhol’s factory, rather than that of a stuffy fashion PR firm. Framed photos of their idols adorn the walls, from designer Stephen Sprouse to 80s party girl Dianne Brill. Separately, the brothers have published three prestigious fashion books with Rizzoli Publications. We caught up with the “MAOS” to reflect on the nutty, high paced world of fashion. http://www.maopr.com/

MAURICIO PADILHA:  Thank you! I wish I was 20, too! It actually feels great. When we started MAOPR we were not sure what we were doing. We learned so much along the way. The best part is that we get to go to our office and work on so many different creative projects every day, and it never gets boring.

ROGER PADILHA:  It’s actually mind-blowing because when you’re busy and you love what you do, time just flies. It does not feel like 20 years, at all!

PONYBOY:   What brought you into fashion PR in the first place?

MAURICIO PADILHA:   I was interning at Perry Ellis when Marc Jacobs was the head designer. One day Marc told me that he thought I would be better in the PR department. (I wasn’t sure if he was just trying to get rid of me from the design room, or if he saw something that made him think I would be good at PR). It was the best thing ever for me. Eventually I learned everything about doing PR and show production, casting and advertising, as Perry Ellis had all of those departments in-house. It was like a crazy fashion crash course!

ROGER PADILHA:  After Parsons, I opened up my own design company called Spooky and Mauricio started working as my PR. When that company closed, he got offers from lots of designers to represent them and he decided to open a multi-brand PR showroom, instead of working for just one in-house. I became the head designer of evening at Betsey Johnson, but after a few months decided it was not for me. Mauricio was swamped. So he asked me, since I was unemployed and had so much free time, to find him an office, which I did. Then he asked me to decorate it, which I did. Then he asked if I would help during fashion week, which I did. And 20 years later, I’m still here!

PONYBOY:   What services do you offer to your clients?

MAURICIO PADILHA:   We have a press showroom in the Meatpacking district in New York City, where we have each designer that we represent set up on two or three racks and we conduct appointments to show each collection to editors, stylists and celebrities. During NYFW we fully produce fashion shows and presentations. We offer the services of press, production and casting for designer shows.

PONYBOY:   When you first started in the business, the fashion world was at a different place. From your perspective, can you tell us how it has changed?

ROGER PADILHA:  Well, when we started it was pre-internet age, so everything that could change has! But the one constant is that talent wins out in the end, and it’s just the mode of communication that has changed, such as its blogs and websites, instead of magazines and newspaper ads.

MAURICIO PADILHA:   Well, we didn’t have influencers, which now drives me crazy. Just because they have a million followers and they are wearing a piece from your collection does not mean that their followers are going to buy your collection. Also, this makes it hard for building a press strategy for a designer and to get them to focus on the right audience who will be their right target customer. It’s all about LIKES, and sometimes LIKES add up to nothing because there is a new photo to LIKE within the next 5 minutes.

PONYBOY:  You are known to build emerging, young designers. Tell us whose careers you’ve helped to mold.

MAURICIO PADILHA:   We started the careers of many young designers, some who went on to be big names and some who were super talented and, unfortunately, had to close their businesses. We worked with these designers in the early years of their careers: Jason Wu, Peter Som, Fausto Puglisi, Sally LaPointe, Gary Graham, Kimora Lee Simmons, Rochambeau, The Blonds, Esteban Cortazar, Georgine, Michael Costello, James Coviello, Keenan Duffty, and Zaldy to name a few.

PONYBOY:   What designers do you see as the next wave in fashion?

MAURICIO PADILHA:   Fashion is in a weird place right now. There are designers that come and go so fast, but in the end the ones who are truly talented and stick to their guns will show themselves as the next wave in fashion.

ROGER PADILHA:  I love, love, love some of the more underground hidden talents in Bushwick, like Patrick Church and Bcalla. They are breaking rules because they don’t seem to be aware of the rules in the first place. And I love that type of energy!

PONYBOY:   Tell us about your fashion week process. What does it involve exactly for a client?

MAURICIO PADILHA:   For September shows we start working right after the fourth of July, scheduling with the fashion calendar, looking at venues, working with lighting and staging technicians, and getting all the prep work done. By the time that show comes around, the bulk of our work has already been done. Once the guests arrive, my nerves calm down and then it’s just about having all the puzzle pieces fall into place.

PONYBOY:   What are your thoughts in regards to New York Fashion Week in general?

ROGER PADILHA:  I’m feeling that it’s not really getting designers the bang for their buck. But no matter what, I’m old school. I will ALWAYS prefer to see clothing walking live on a beautiful model in a show atmosphere.

PONYBOY:   Besides NYFW, you also produce fashion/nightclub related events. How is it different than producing a fashion show?

ROGER PADILHA:  It’s not. It’s about getting the right people at the right place to have a great time and be inspired. It’s all the same to me.

PONYBOY:   Part of the mystique of MAO PR is the fact that you have published 3 fantastic fashion books with the prestigious Rizzoli publications. Does that help with your fashion PR company?

MAURICIO PADILHA:   Our books are separate from what we do in the PR company. Since our books all have to do with fashion legends, sometimes the paths cross. But instead of calling an editor like Candy Pratts Price to come look at our new designer, we are calling her to have her tell us about her experiences with Stephen Sprouse or Chris von Wangenheim or Antonio Lopez. We have gotten to interview so many people that as young design students we worshipped, such as Polly Mellen, Jerry Hall, Jessica Lange, Naomi Campbell, Brana Wolf, Grace Jones, Stephen Jones, Mr Kenneth, Bert Stern, Jane Forth, Debbie Harry, Teri Toye and Anna Sui.

PONYBOY:   You obviously are both obsessed by the world of Andy Warhol, Stephen Sprouse and the 1960s-80s, by glancing at the walls in your showroom, your social media, and the books you have published. What is it about these things that you are so fascinated by? And do you feel that the aesthetic of these things trickles into your company?

ROGER PADILHA:  I’m not sure. Maybe it is the time we grew up in (the 80s), but I do feel that the work of Warhol and the others who followed in his path was a true sea change from the rest of history. And so much of what Andy proposed has actually come true in recent years. He was a prophet. Aesthetically, we love silver and graphic lines and all that still looks most modern to us.

PONYBOY:   What is in store for the future of MAO PR?

MAURICIO PADILHA:   I hope we have another 20 years ahead of us. And I hope we continue to work with new creative talent, and that we get to work with more established companies that perhaps are now being led by new talents. Lately, more and more companies call us because of the parties/special events that we have produced, and they want us to work with them on their big anniversaries, openings, launches, etc. And I must say, I love throwing a party!

ROGER PADILHA:  Hopefully, we will continue to evolve and try to show the world there’s more to this industry than the giant, obnoxious companies with huge inflated budgets that can place advertisements everywhere. Once you tune out the noise, you can start noticing those quiet artists who are really making things that will push our industry forward.