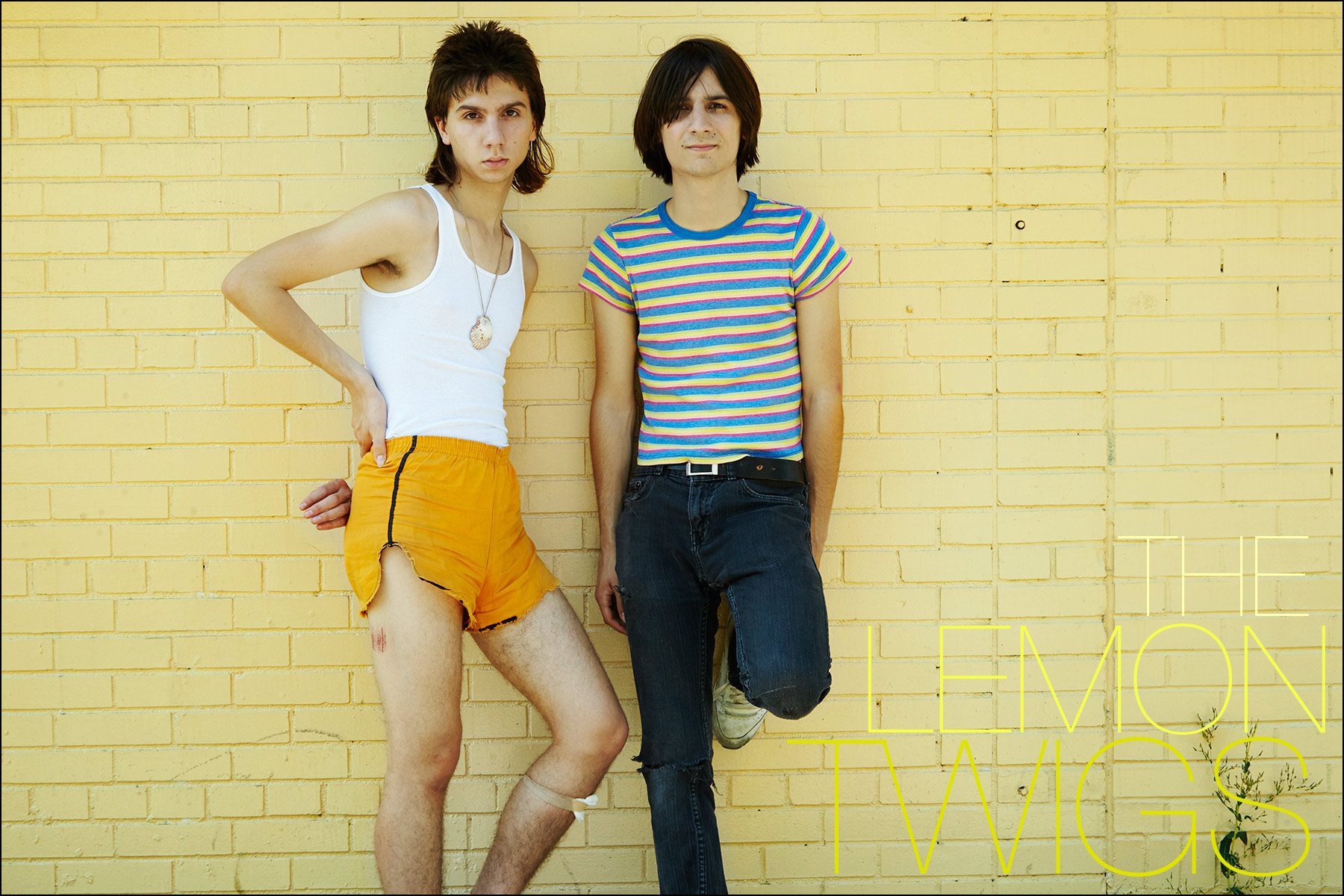 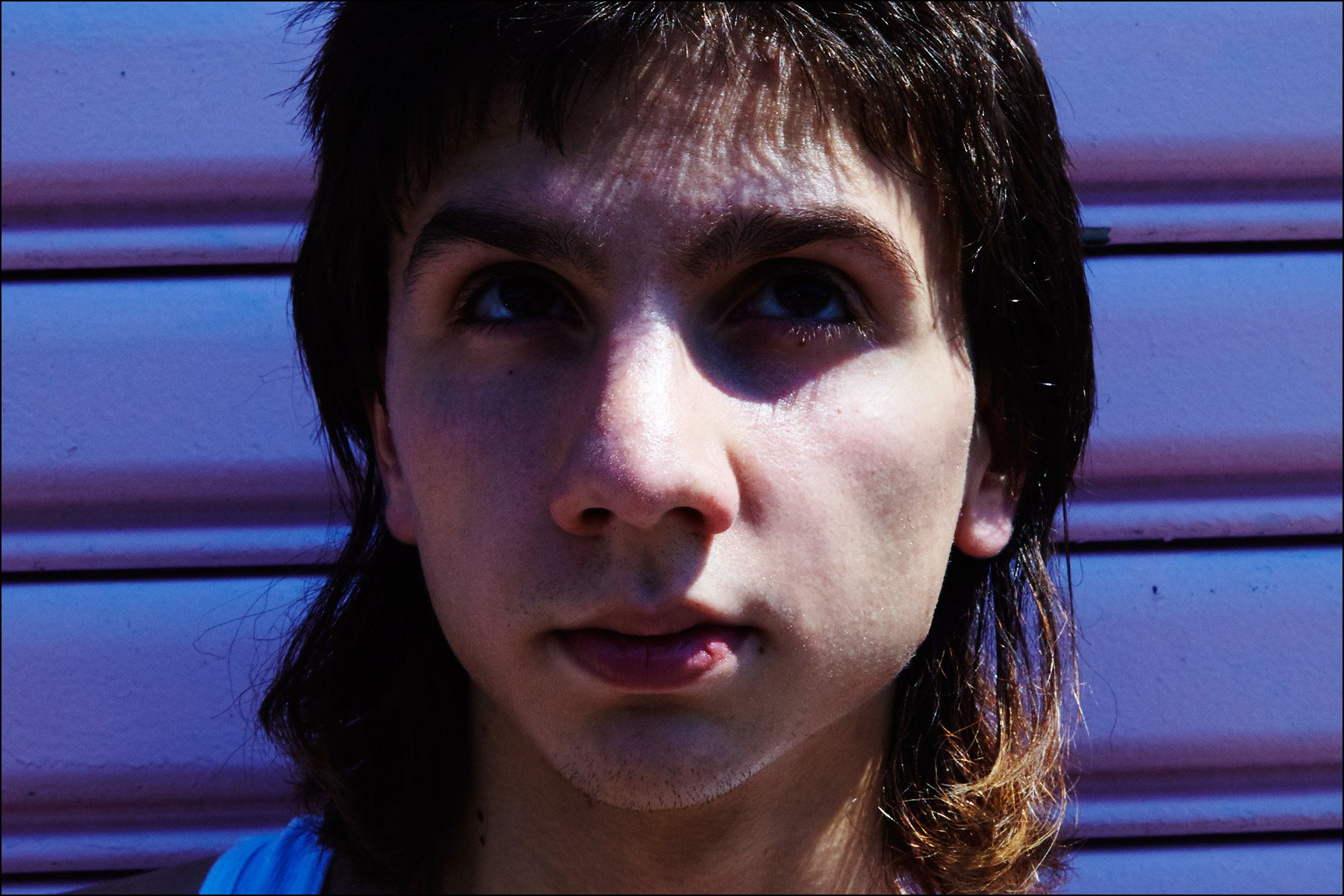 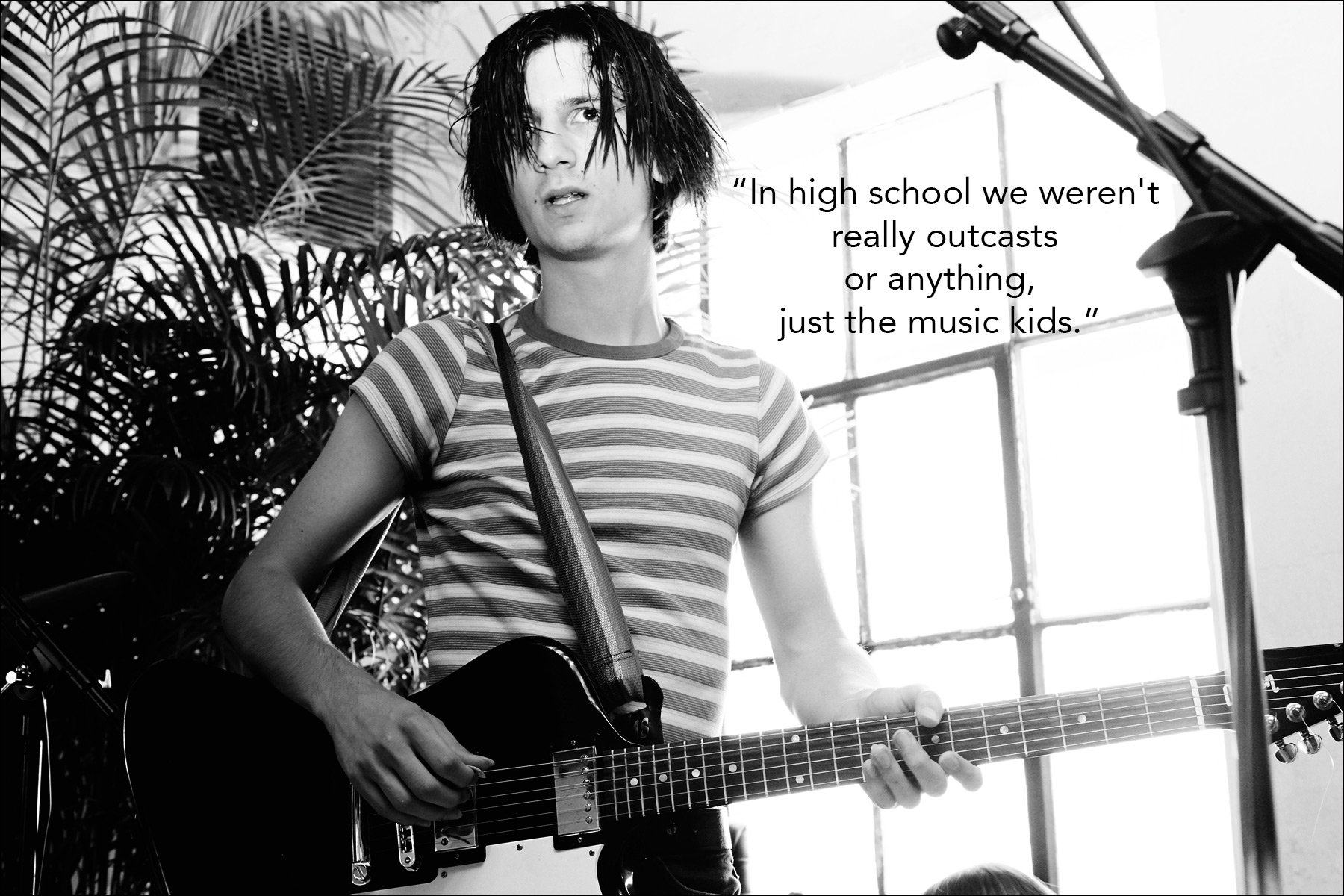 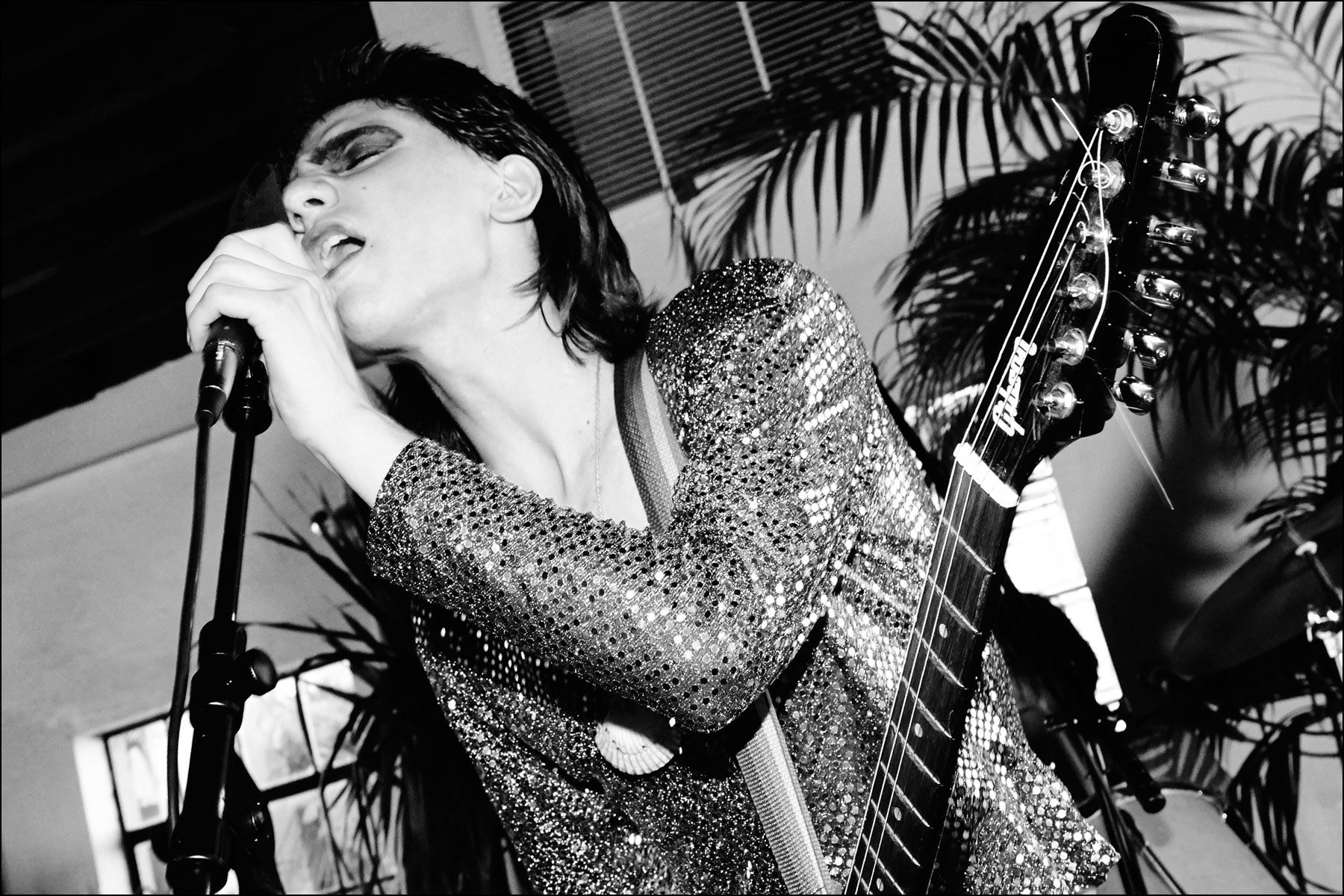 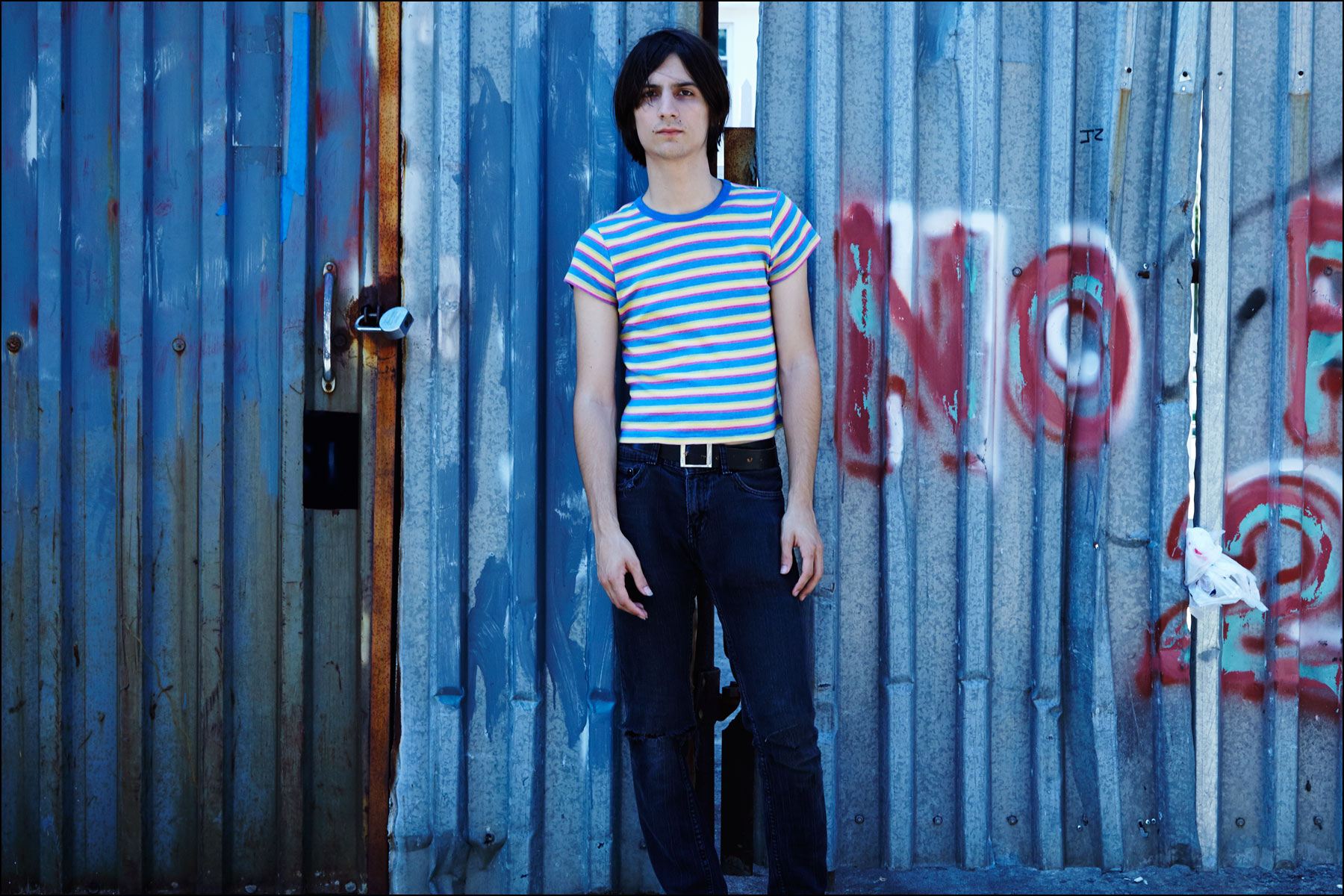 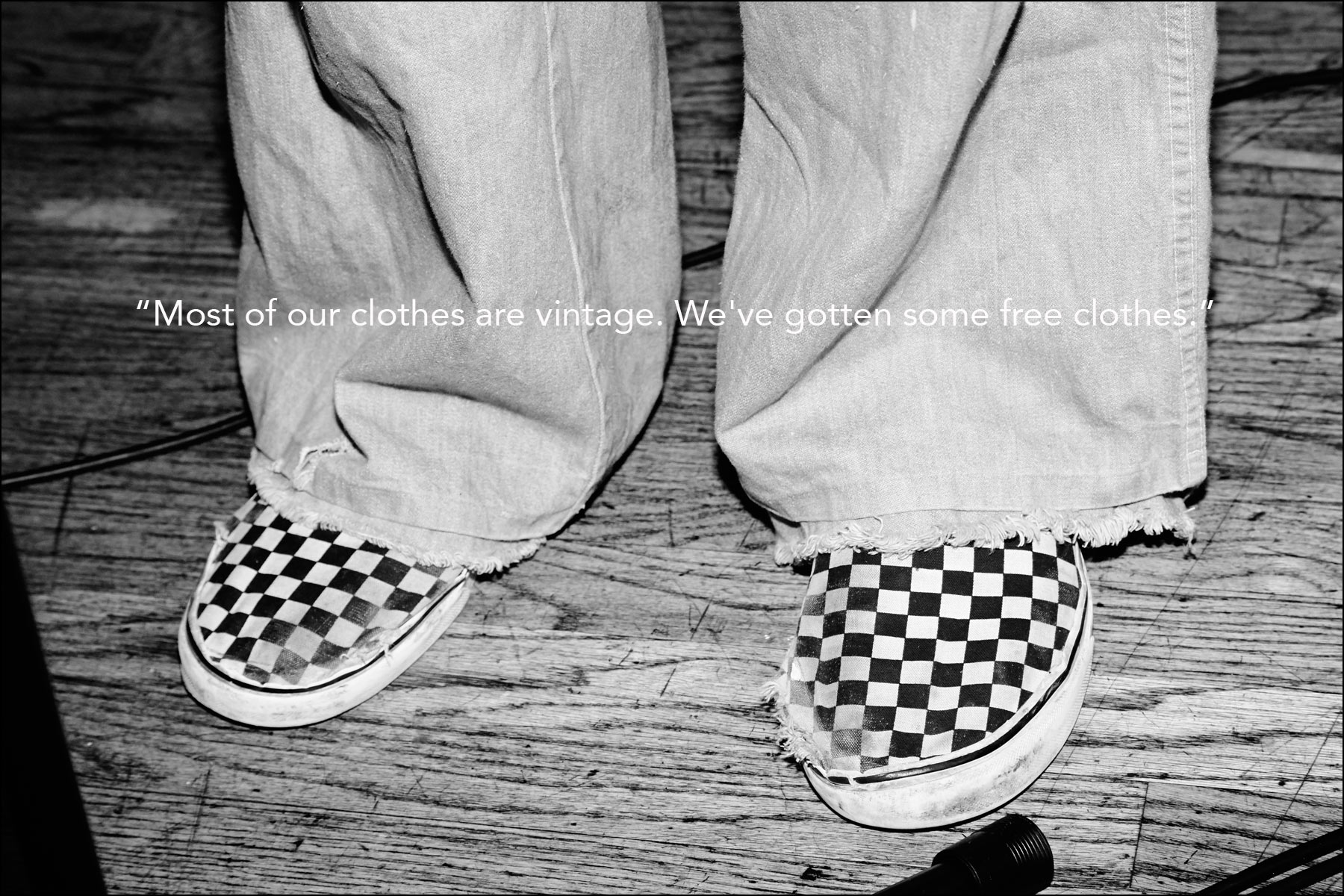 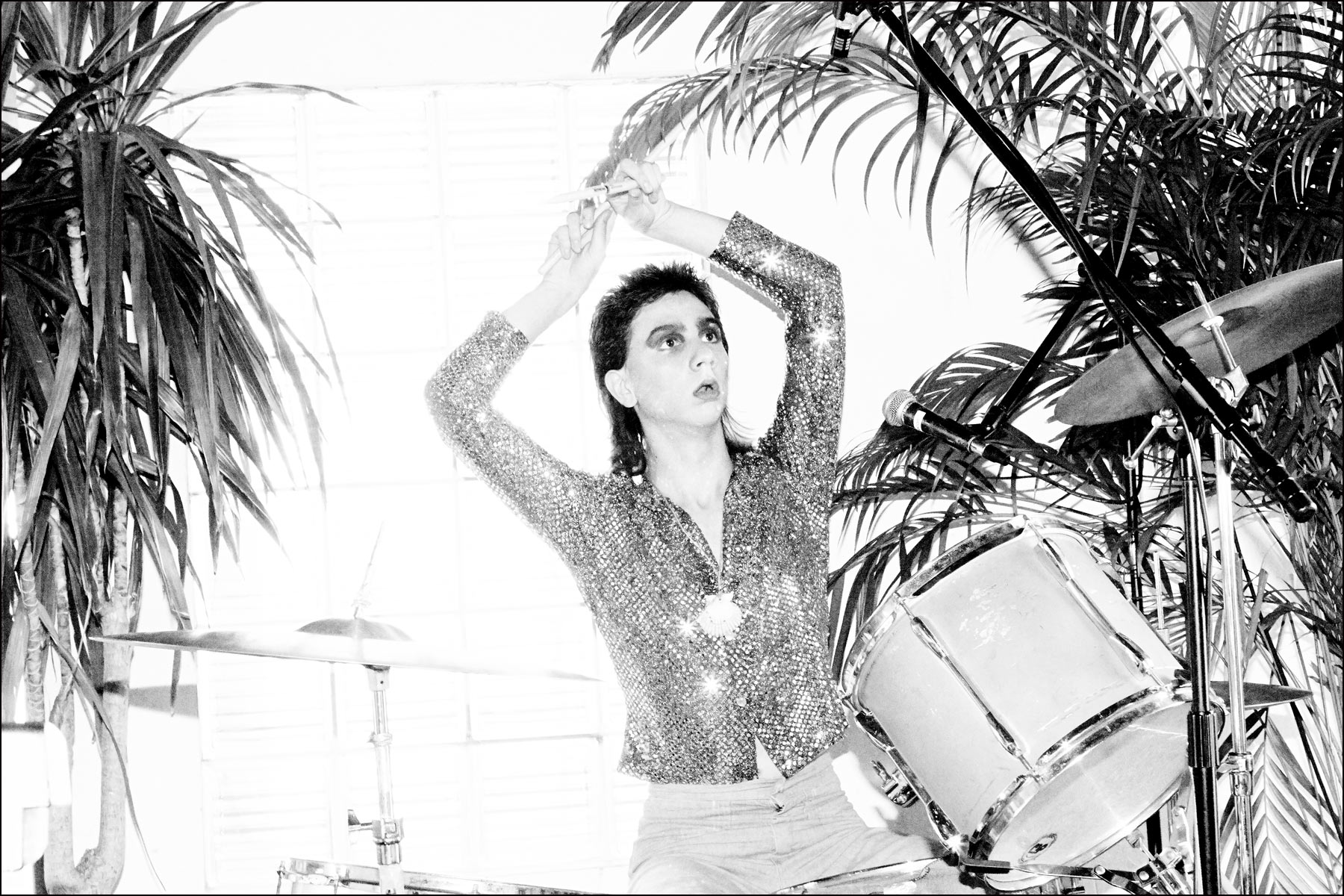 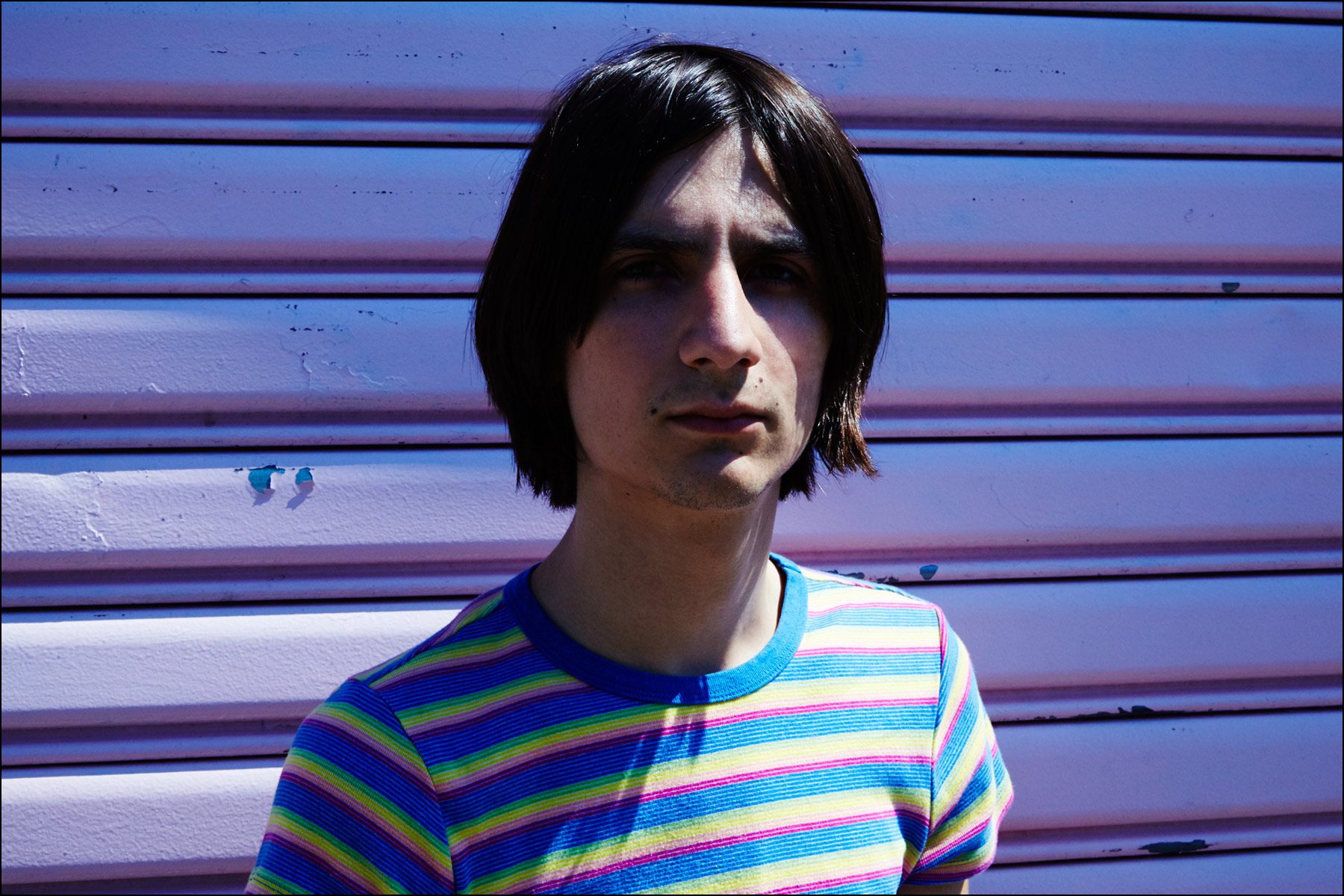 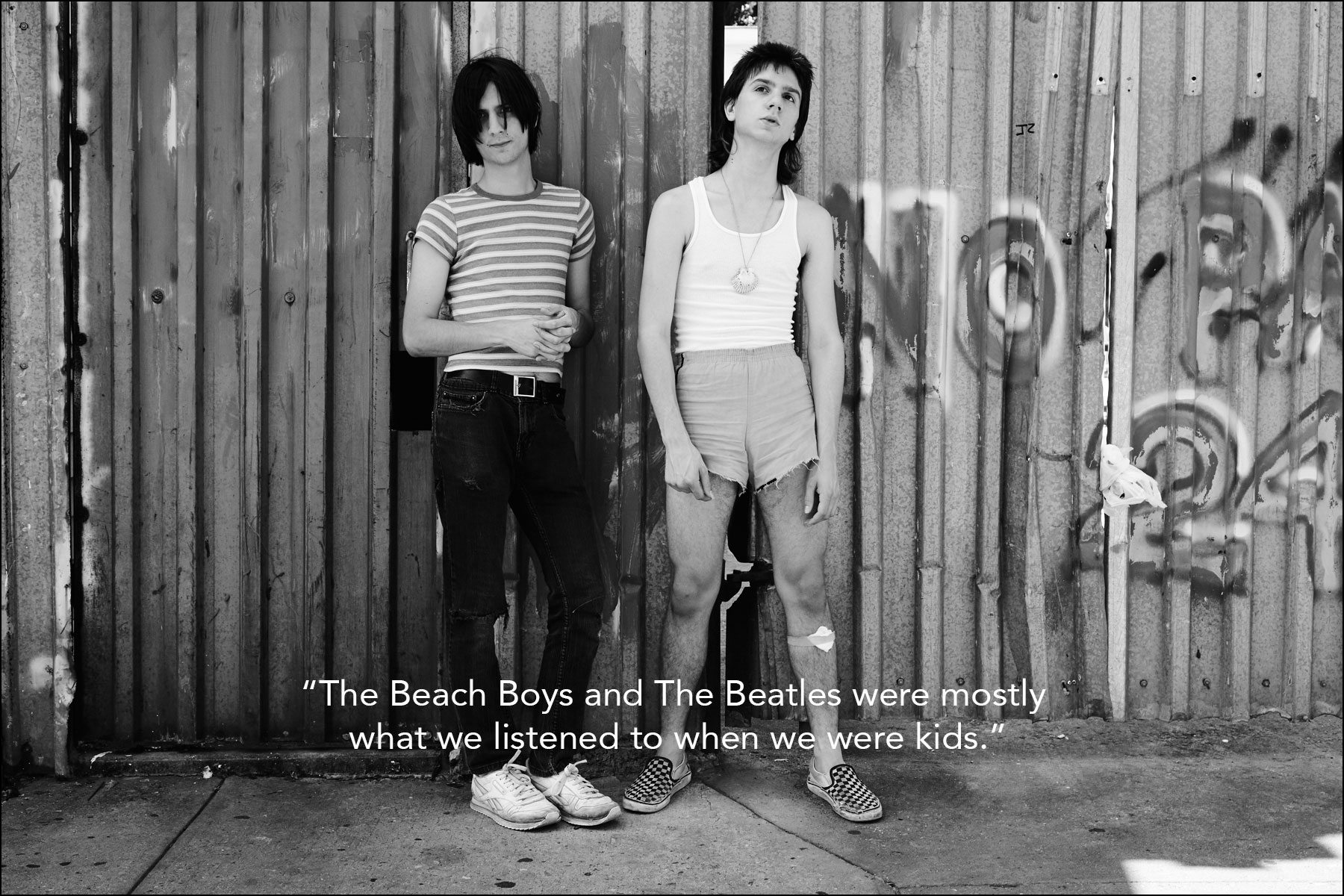 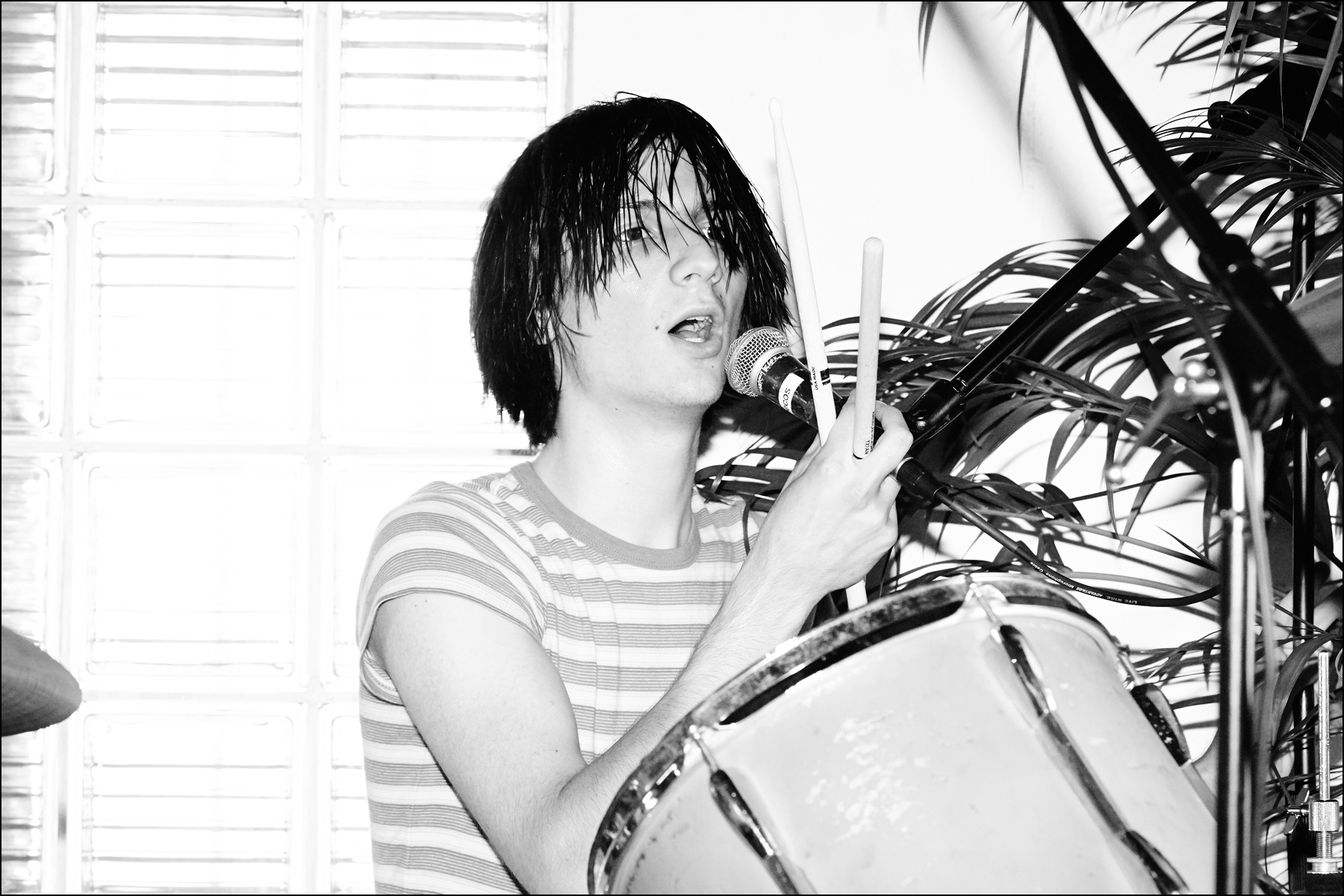 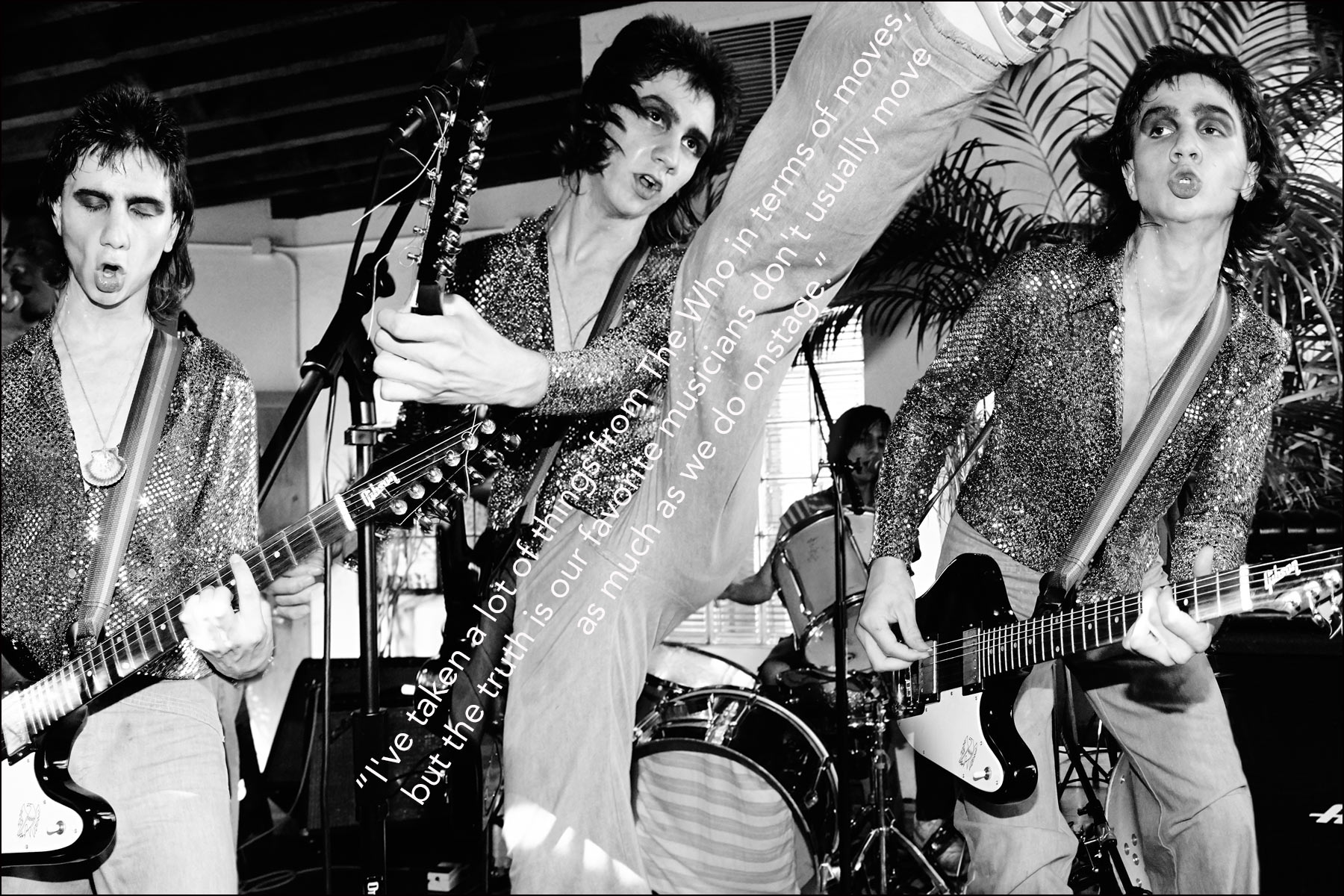 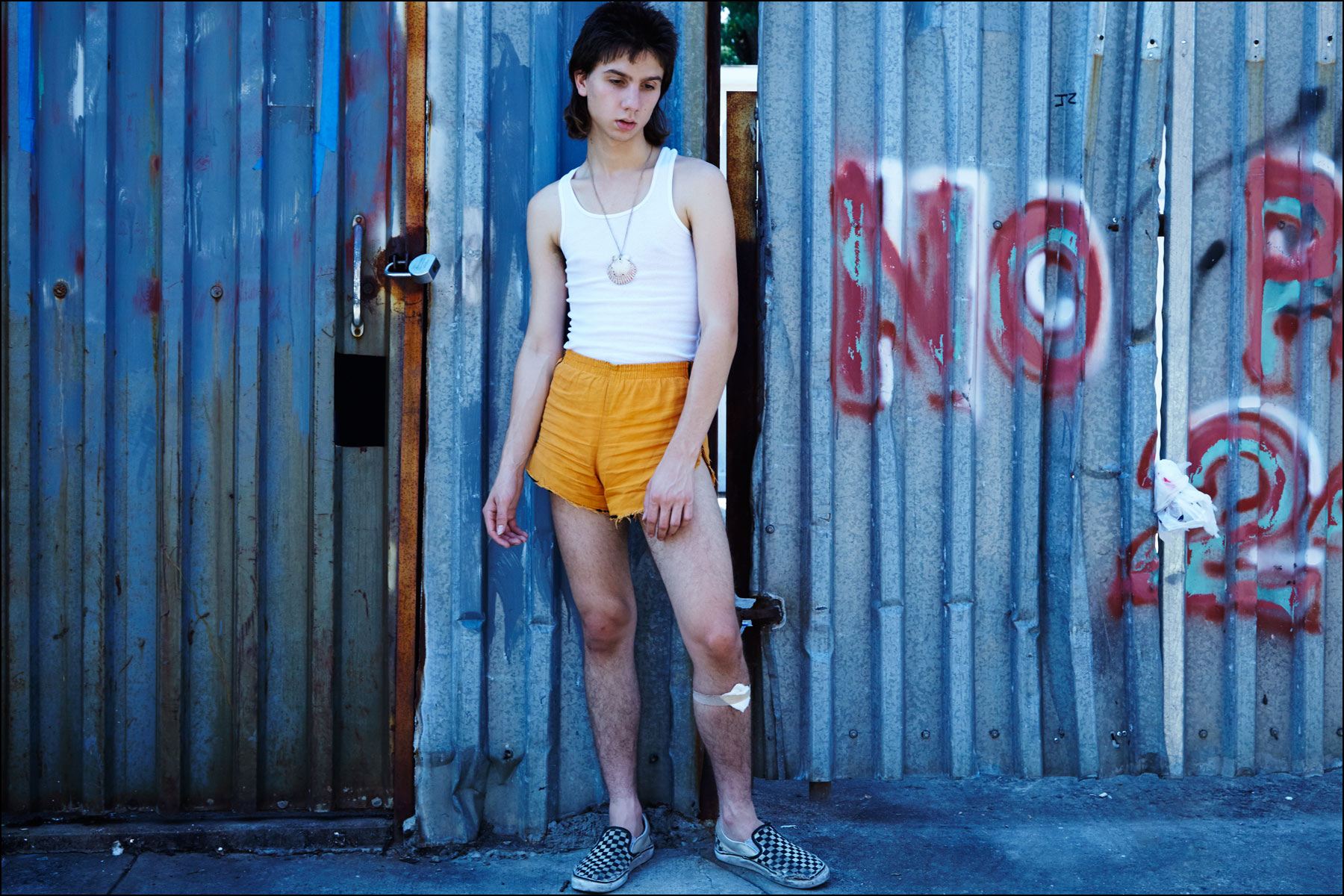 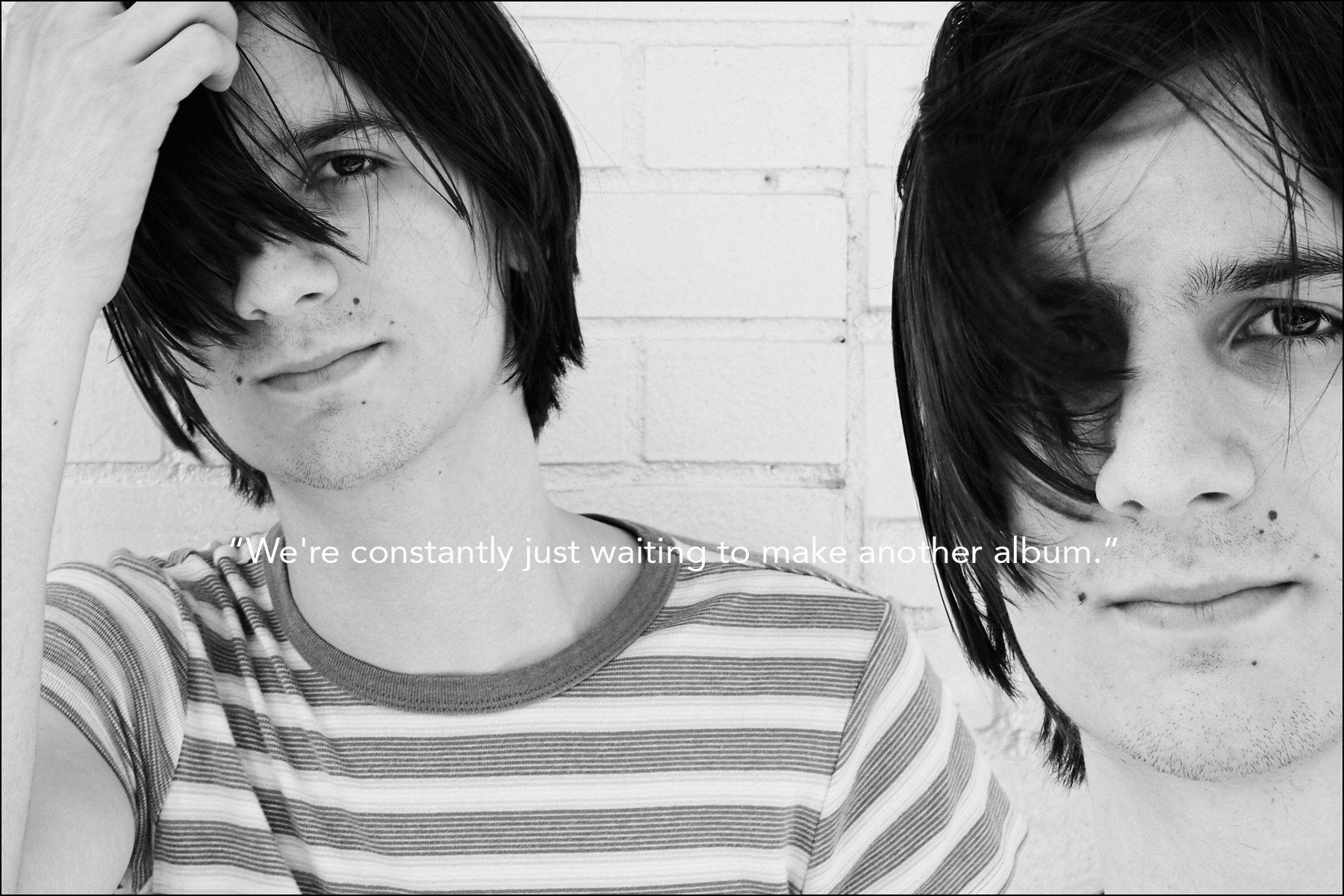 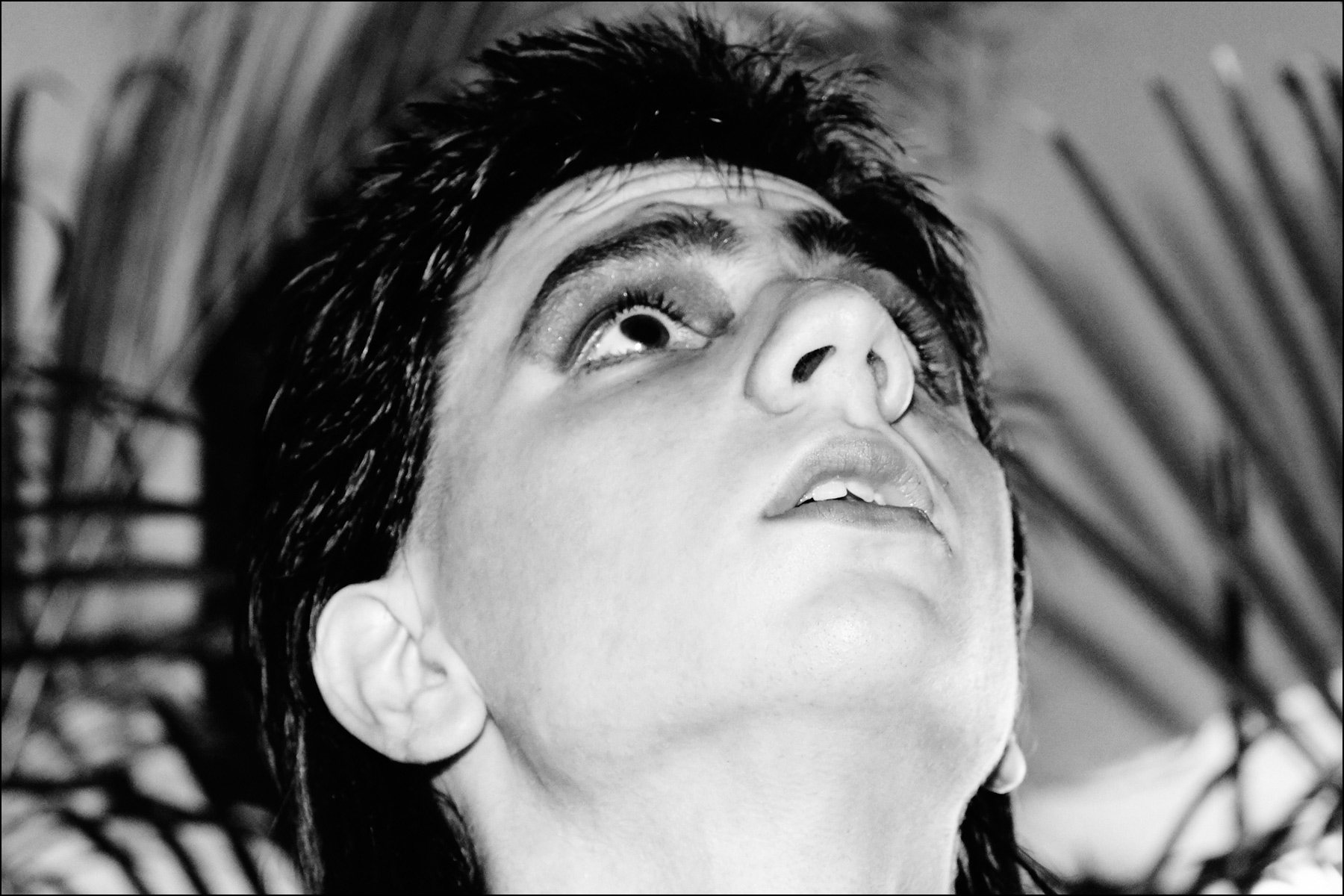 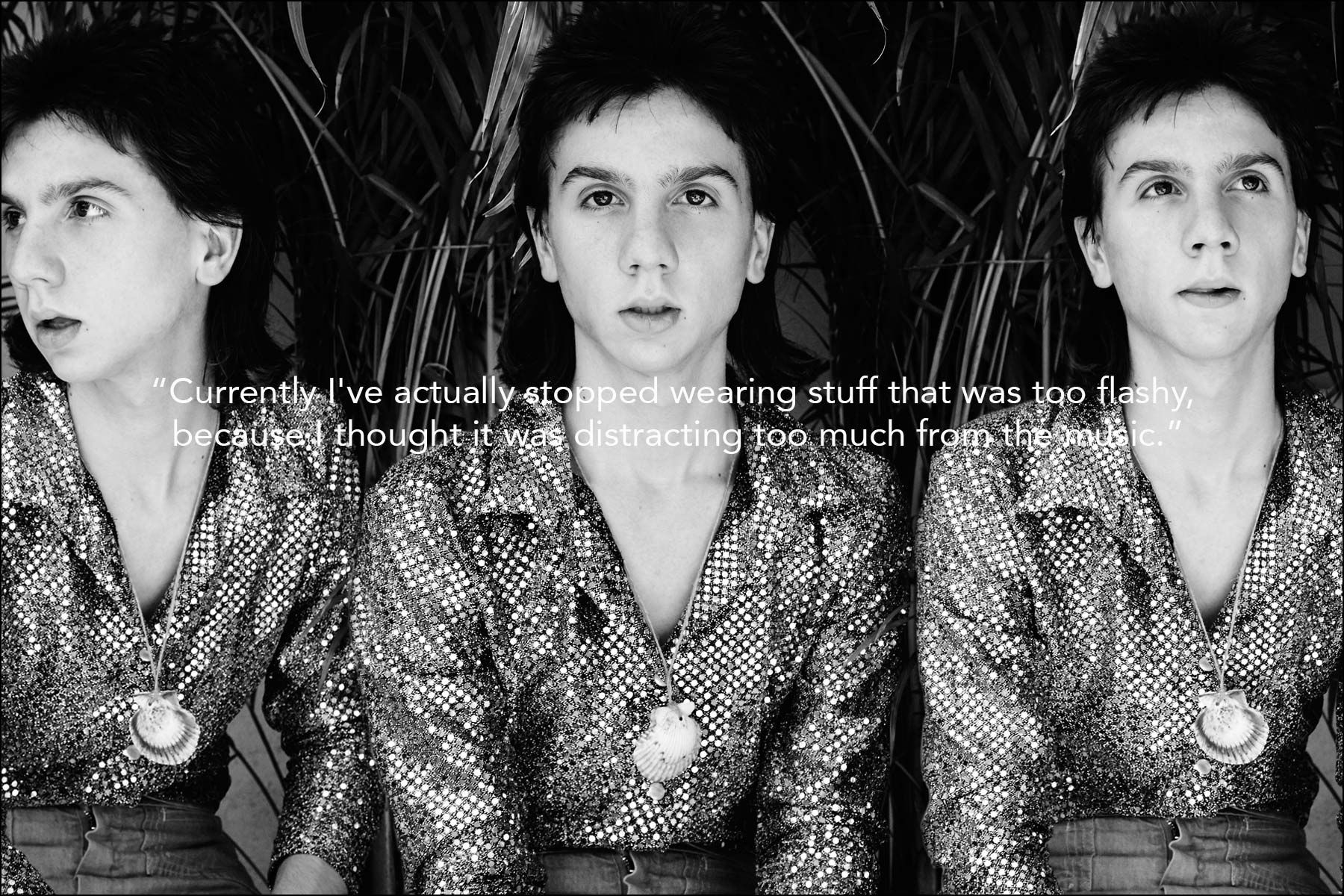 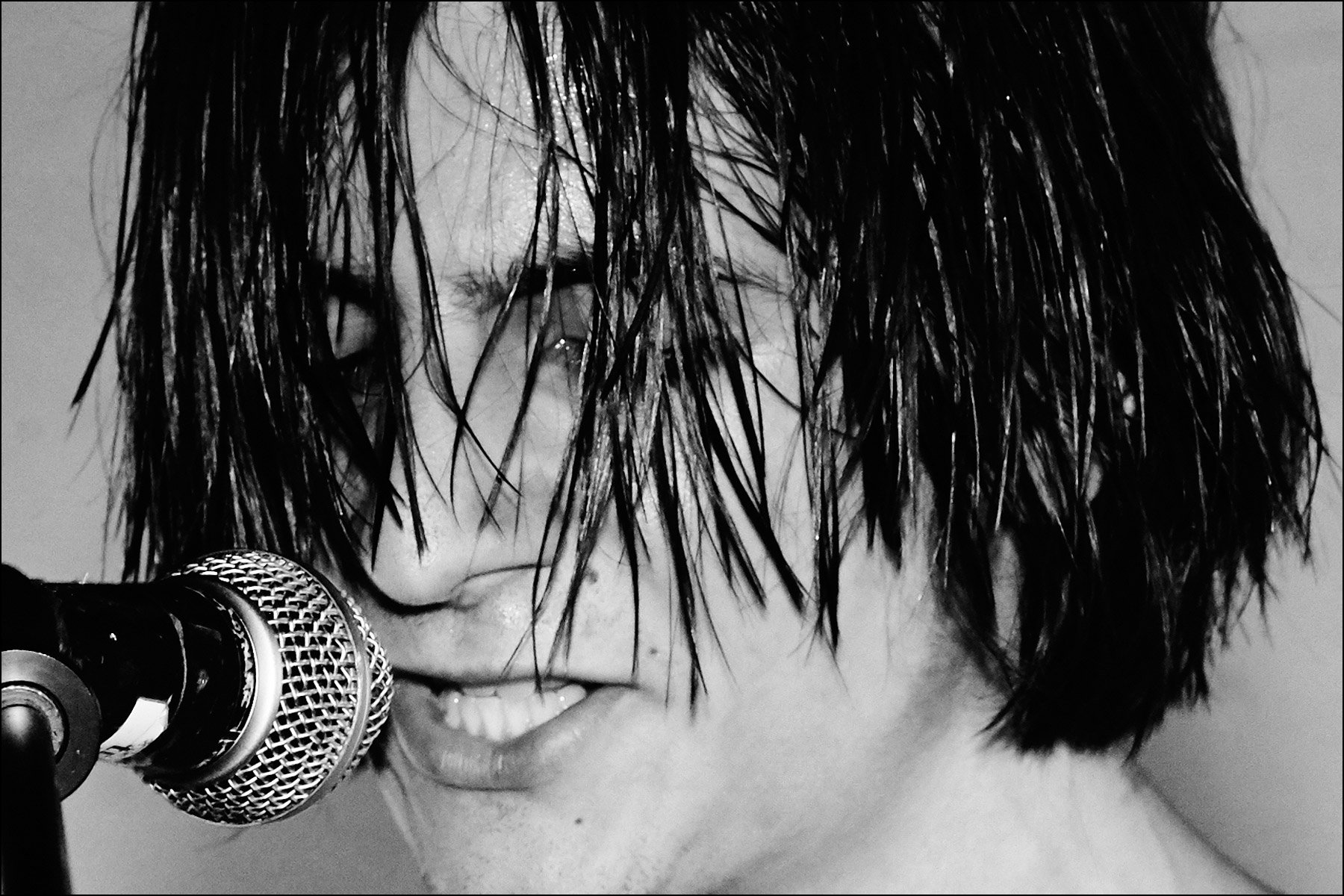 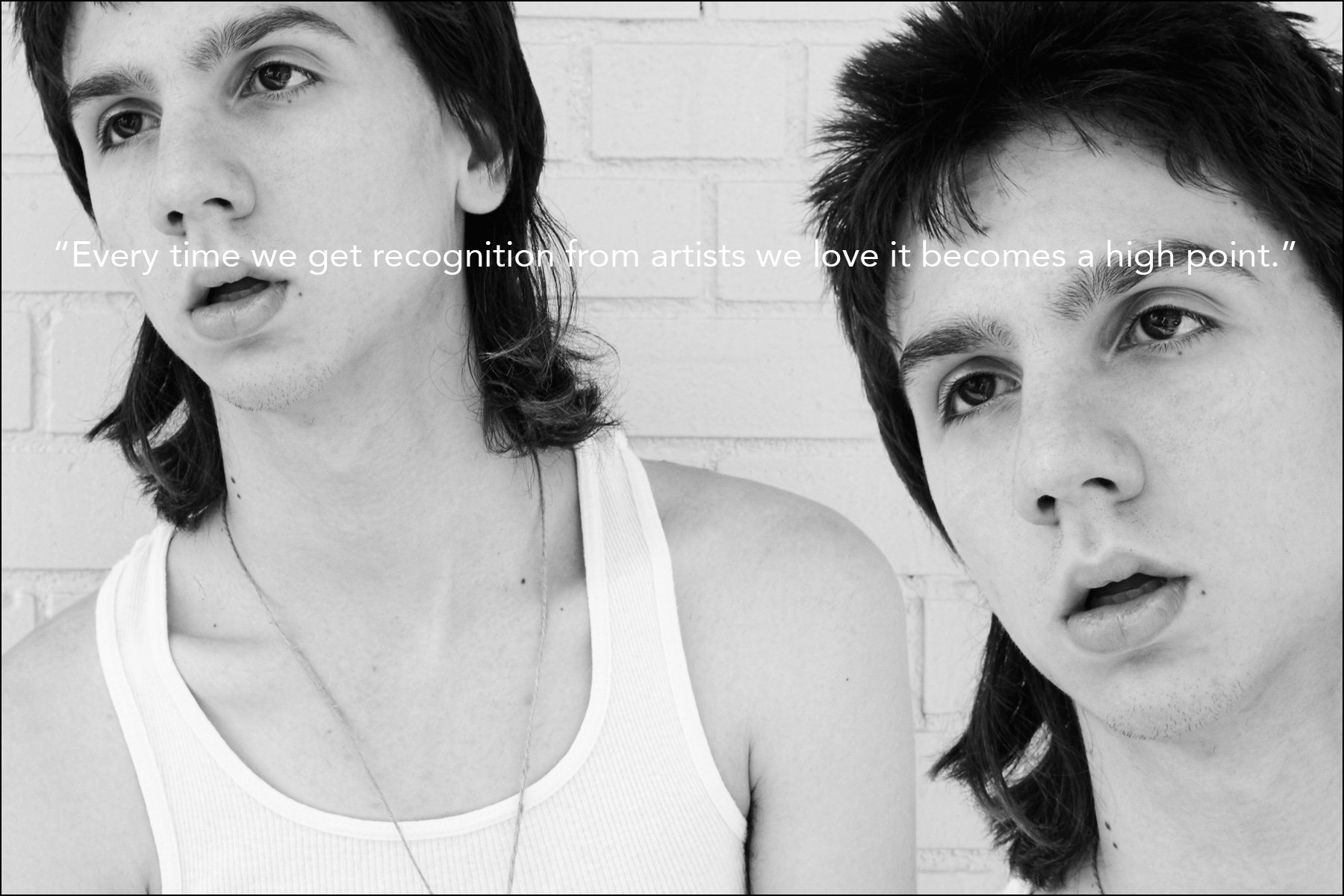 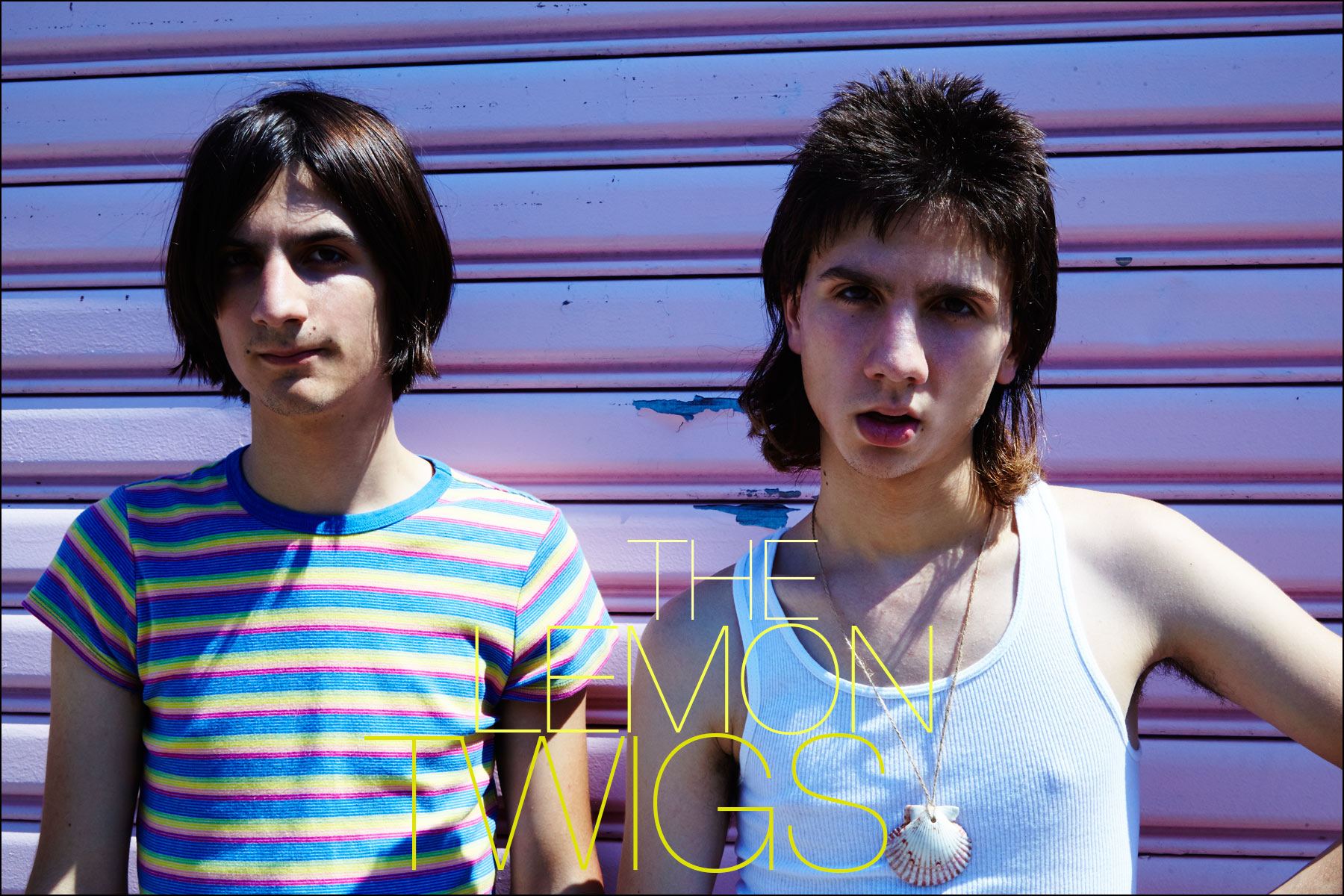 The Lemon Twigs are the fantastic new band from Long Island, New York, made up of young brothers Brian and Michael D’Addario. While very young, they’ve been playing some sort of instrument or another since they’ve been wee tykes! You may have seen them recently on TV with stints on The Tonight Show and CBS This Morning, or in a magazine with multiple photoshoots. Theres is a very hectic life indeed; constantly on the road touring, they are busy, incredibly busy. But these talented two took the time out of their crazy schedules for a quickie photoshoot and interview with Ponyboy. We are just nuts for the two of them and are glad we entered their stratosphere even for just a brief moment, on their path to taking over the rock ‘n’ roll world. Get ready for this band. We get the feeling that there’s no stopping them! Photography Alexander Thompson  http://thelemontwigs.com/

PONYBOY:  Hello, Brian and Michael. We first saw your band at a July 4th Vice music event in New York City and knew immediately that we had to feature the fantastic Lemon Twigs on our Ponyboy site! You’re brothers from Long Island. Tell us how you both started playing music at such a young age.

THE LEMON TWIGS:  Our parents were constantly playing music in the house, and it was only a matter of time before we started playing. We were never interested in anything else.

PONYBOY:   We read that your father, Ronnie D’Addario, was a musician in the 70s. That obviously affected your musical upbringing. Did he encourage you to play instruments and listen to music?

THE LEMON TWIGS:   Our father has made records at home since the 70s and still does. Both of our parents encouraged us to listen and play music. They influenced the way we play our instruments, write our songs, and our general view of music.

PONYBOY:   What was life like for you growing up in Long Island, and in high school?

THE LEMON TWIGS:   I’d imagine it’s very similar to growing up in any other suburb. In high school we weren’t really outcasts or anything, just the music kids. All of our friends from school are pretty normal. I think a normal town like ours can bore you into making music that somebody who lives somewhere exciting couldn’t make.

PONYBOY:  While other 17 and 19 year olds might be in high school or college partying with no care in the world, the two of you seem so focused and dedicated to your music. Is it hard staying on this path? Are there distractions for the both of you at such a young age?

THE LEMON TWIGS:  That was the thing about our town, there really weren’t many distractions. I know I wasn’t invited to many parties, and if I was, I usually didn’t wanna go because I’d rather be making music. The partiers didn’t like the music I liked and I didn’t want to talk about anything else. Maybe when we really enter the music business, more distractions will come; but for now, somebody just books us shows and we play them. We’re constantly just waiting to make another album.

PONYBOY:  We asked who your favorite band was during our shoot and your response was The Beach Boys. Great answer! Was that the music that was played in your household when younger? What other favorites do you have?

THE LEMON TWIGS:   The Beach Boys and The Beatles were mostly what we listened to when we were kids. I guess our all time favorites include those two bands, Big Star, Leonard Cohen, Harry Nilsson, Lou Reed, Badfinger and Procol Harum. There are plenty of others, I guess. We just know the most about these groups.

PONYBOY:   Your debut album, Do Hollywood, was recently released on 4AD Records. What was the recording process like for this record?

THE LEMON TWIGS:   We went to Jonathan Rado’s house in LA and recorded it in his garage over a week and a half. After that, Brian did the strings and brass at home and mixed it.

PONYBOY:   Jonathan Rado, from the band Foxygen, produced this record; and we also read that he discovered your band on Twitter. What was it like working with Rado on this release?

THE LEMON TWIGS:   It was totally great. We’ve worked with him quite a bit since then. He’s one of our best friends.

PONYBOY:  The harmonies are terrific, and there’s so much strength and layers in your music. How would you describe the music that you play in the Lemon Twigs to someone who has never seen or heard your band before? Is it pop? Is it rock?

PONYBOY:  The band has received very strong reviews from several publications. That must make you feel good.

THE LEMON TWIGS:  Well,  as of late I’ve heard the reception is more positive than negative and that makes me happy, but when it comes down to it I really only care about certain people’s opinions. If my musician friends like it, then that’s really all I need to be confident about it.

PONYBOY:  We grew up listening to the best bands on the 4AD label. How’s it been so far being on such an impressive label?

THE LEMON TWIGS:  They’ve treated us very well. I have no complaints.

PONYBOY:  Seeing The Lemon Twigs perform live is quite an explosive experience – just really exhilarating and very unique. Halfway through your set the two of you switch playing drums and guitar, and the level of energy is just so extraordinary, with the high kicks.  Are you inspired by any rock ‘n’ roll acts from the past while on stage? Or are you just feeling the music?

THE LEMON TWIGS:  I’ve taken a lot of things from The Who in terms of moves, but the truth is our favorite musicians don’t usually move as much as we do onstage. Sometimes I just get self-conscious and think that people might be bored if I just stand there, but I’m becoming confident enough in my playing to tone it down a little. That being said, it all comes from a natural place; nothing is forced. We just can move like that, feel like moving like that, and so sometimes we do.

PONYBOY:  People see that you’re both so young and stylish, and might think this early success has come easy for the both of you. Being young adds a mystique and makes people very inquisitive. Yet we’re sure this must have been somewhat of a process, with a lot of hard work, and that you’ve endured a fair amount of obstacles along the way. What’s been frustrating to you as musicians in the tough world of rock ‘n’ roll music? Do some people not want to take you seriously because of your age?

THE LEMON TWIGS:  The only thing that frustrates me about the world of rock is that I can’t record as often as I used to. I personally don’t read much of the press that comes out about us and so anything anybody says about our ages doesn’t really make its way to me. The biggest change being a sort of serious musician has brought is that our schedules are way fuller and we have a lot less time to actually write and record songs.

PONYBOY:  What would you say has been the high point in your career so far?

THE LEMON TWIGS:  Every time we get recognition from artists we love it becomes a high point.

PONYBOY:  Visually, the two of you have strong looks in your manner of dress. It’s reminiscent, back to an early 70s Bay City Roller/Bowie era. We just love it! Tell us a bit about your wonderful Glam look.

THE LEMON TWIGS:  Well, we just go through phases. Currently I’ve actually stopped wearing stuff that was too flashy, because I thought it was distracting too much from the music. I’m sure after a while I’ll change it up again.

PONYBOY:  Do you find your clothing at vintage shops? Have designer’s and clothing labels started sending you clothing yet?

THE LEMON TWIGS:  Most of our clothes are vintage. We’ve gotten some free clothes.

PONYBOY:  What do the two of you like to do in your downtime? Or is it all music, 24/7? Do you have any other interests?

THE LEMON TWIGS:  Pretty much, we just listen to music. Sometimes we go over to our friend’s house and watch wrestling.

PONYBOY:  Do you still reside in Long Island? Do you have any thoughts of relocating to New York City or Los Angeles?

THE LEMON TWIGS:  We still live on the Island. Right now we spend so much time away from home, it just doesn’t make sense to live anywhere else.

PONYBOY:  At such a young age and with a fantastic debut album, we are super excited to see and hear the evolution of not just The Lemon Twigs, but the two of you as musicians, as well. What do you expect for the future? And do you have any other aspirations besides the band?

THE LEMON TWIGS:  We just wanna make as many albums as we can. Right now we are very inspired and we just hope we can keep our excitement about writing songs as long as our heroes have. 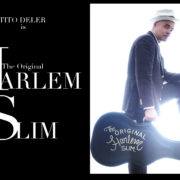 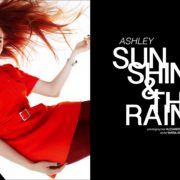 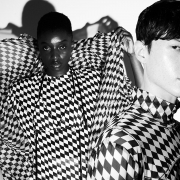 THE STOMPIN’ RIFFRAFFS!
Scroll to top