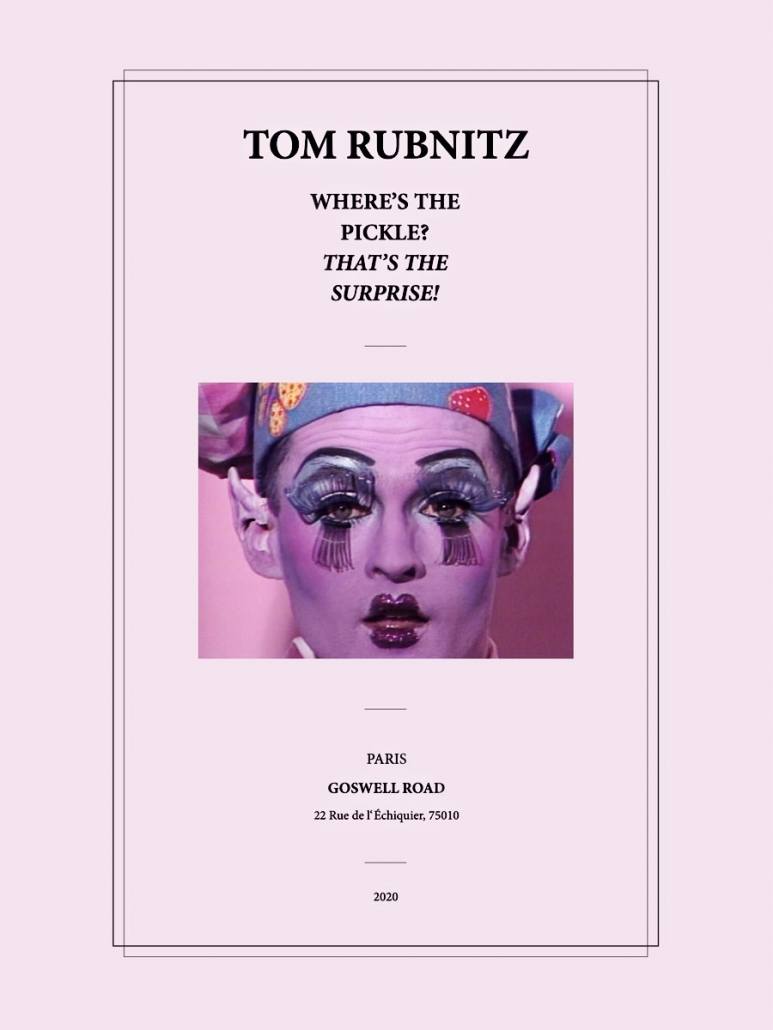 Artist Billy Beyond featured on the cover of TOM RUBNITZ, WHERE’S THE PICKLE? THAT’S THE SUPRISE! book by Goswell Road.

The video works of Tom Rubnitz (1956-1992) embodied the ‘80s downtown New York drag and performance scene for over a decade before his untimely AIDS-related death in 1992. Deftly parodying TV culture and fearlessly standing up to homophobic governmental policies, they draw us in with their infectious cartoonish sheen before getting under our skin and burrowing deep into our collective psyche.

“I wanted to make things beautiful, funny and positive—escapes that you could just get into and laugh through. That was really important to me. I felt like good could triumph over evil.”

All photos courtesy of Goswell Road.

PONYBOY:   Can you inform our readers about Goswell Road?

GOSWELL ROAD:   Goswell Road (est. 2016) is a non-profit artist-run-space and publishing house set up by Franco-British artist duo Ruiz Stephinson in their atelier in Paris’ 10eme district. The name originates from the road the artists lived on in London, before relocating to Paris, and is said to derive from the phrase “God’s Well”, which references the pagan practice of well-worship. With each show at the space, a book is published and a bouquet of flowers is curated by the artists in parallel with the works shown.

PONYBOY:   How did you first hear about Tom Rubnitz and his work? 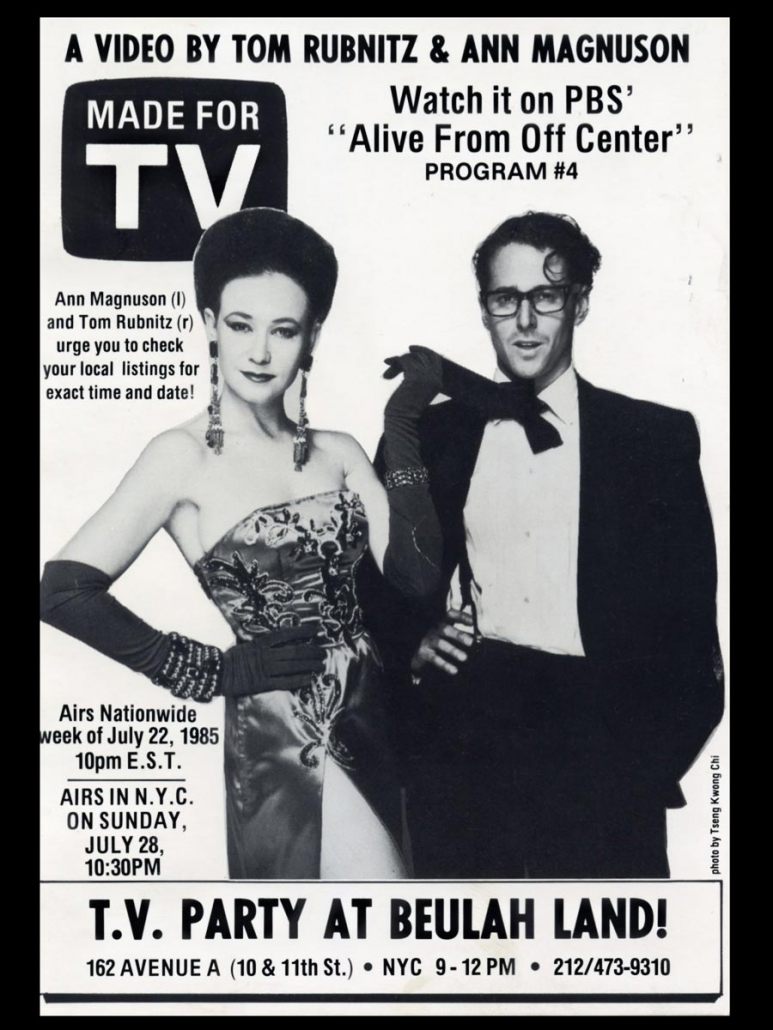 GOSWELL ROAD:    We had seen Rubnitz’s video Pickle Surprise in the early 2000s online and through that discovered the equally otherworldly Strawberry Shortcut. It was not until a lot later that we learned more of his wider practice and we became fascinated by the world he captured and his unique vision.

PONYBOY:   What inspired you to write the book? Our readers can purchase your book at goswellroad.com, but is it also available in select book stores?

GOSWELL ROAD:   With each show that we produce at the space we make a publication so that the work shown can occupy another space. Rubnitz’s show was part of a series of shows that investigated archives and archiving, and the book was an opportunity to really delve deeper into the scene he was part of.

At the moment we have not made it available to other bookstores, though you can find other books of ours in Paris at After8 (https://www.after8books.com/) and Yvon Lambert (https://shop.yvon-lambert.com/). In Brussels, we have several books at Rile Space (https://www.rile.space/). Though we do not stock our books in stores at the moment outside of the EU, we do ship worldwide. 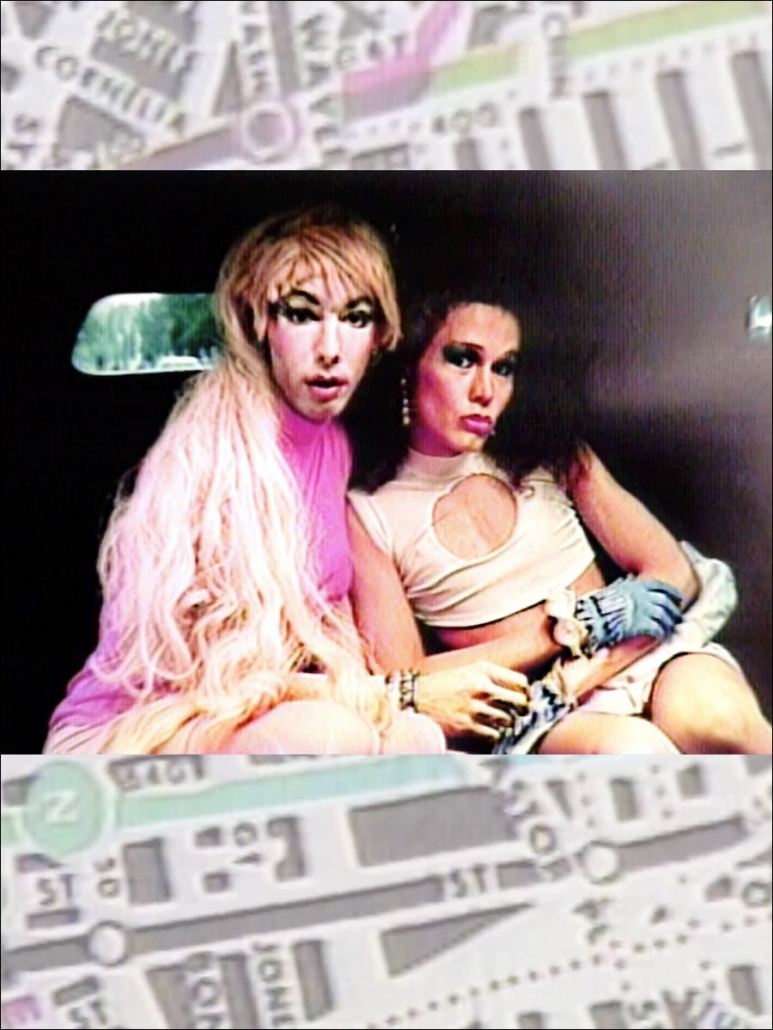 PONYBOY:   What were the deciding factors involved in who would be interviewed for the book?

GOSWELL ROAD:   We wanted to structure the book around the films that we had shown in our screening in January (see here https://goswellroad.com/program/tom-rubnitz-collected-video-works.html). So, we started by speaking to people that were involved in these films and that knew Rubnitz through social media, mainly through Instagram DM and Facebook Messenger, and found that they quickly suggested others that they thought would have something to say.

Our friend David West, the painter, was part of the scene in NYC in the 90s and he introduced us to Jesse Hultberg from 3 Teens Kill 4. And we then spoke with Barbara Lipp who created Frieda with Tom Koken, who introduced us to Tom’s sister Mary Lu and it grew from there. We are eternally grateful to all of the people involved for their invaluable insights into Rubnitz and for helping us to understand his practice and the scene he was so actively involved in. Once the book was published, West told us that he thought we had accidentally created one of the most important documents of the Lower East Side art scene during the 80s – 90s. This was a huge compliment.

PONYBOY:    Tom’s film work is not hugely known in the mainstream versus the art, film, and underground worlds. Would you say that Pickle Surprise is his most well-known video?

GOSWELL ROAD:   It was certainly the film that opened our eyes to his work! Its viral nature and pure otherness make it the perfect introduction to Rubnitz, and therefore a great way to get to know him. We should say, it may be the most well-known, but it certainly leaves you wanting more! 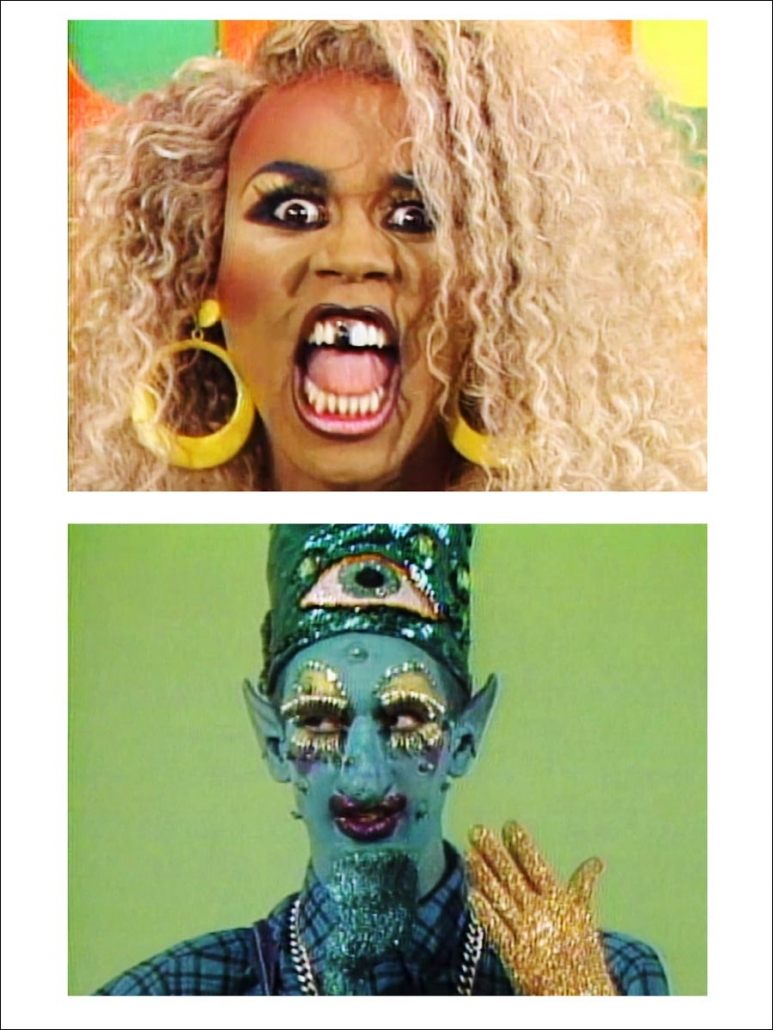 PONYBOY:    The Amfar/Art Against Aids public service announcement, produced and starring the B-52s, is a less well-known work of art by Tom. It is a short commercial; however, just as stunning as Tom’s other pieces. It starred so many super fab artists, including David Bryne, Allen Ginsburg, Quentin Crisp, and so many others. We actually remember seeing it on MTV, back in the days. Do you know much about this project?

GOSWELL ROAD:   We actually showed it during the screening in January at our space. It is so full of personality, and a wonderful homage to Peter Blake’s artwork for The Beatles’ Sgt. Pepper’s Lonely Hearts Club Band. It is also a testament to Rubnitz himself that he was able to identify and round up so many iconic faces for this and get them to stand in unity together to raise awareness for AIDS.

PONYBOY:  Ann Magnuson is heavily featured in Tom’s work. We were lucky to have met Ann in the late 80s through Tom. Would you say that she was integral to the making of the book?

GOSWELL ROAD:  Ann’s interview was carried out by our good friend, Vincent Simon, after we were introduced to her by Barbara Lipp. It was important for us to speak to her as we chose to structure the book’s chapters, highlighting individual works from Rubnitz, and their collaboration, Made For TV, was a seminal Rubnitz work that we wanted to include, which was well received at our screening. She provided some wonderful insights into the scene and his life, and we are delighted to feature her recollections. She also helps to put the work into a socio-political context and talks very candidly about their working method together, which is wonderful. 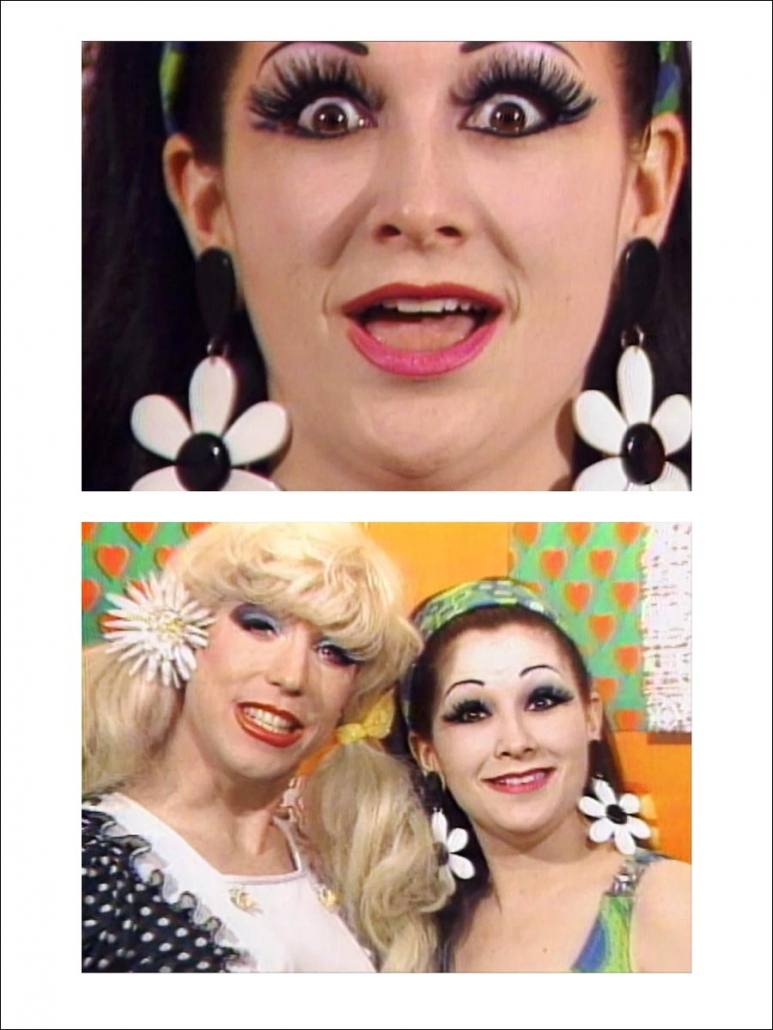 PONYBOY:   Video Data Bank is credited for many of the stills from Tom’s videos. Do they own his archives or do you know who does?

GOSWELL ROAD:    We rented the films from them to show them at the screening, and were allowed to reprint the stills in the book with their credit. They have the distribution rights, and are doing a fantastic job promoting his work!

GOSWELL ROAD:    The Video Data Bank actually sell a home DVD collection called Tom Rubnitz Videoworks: Sexy, Wiggy, Desserty that you can purchase for around $50 which features many iconic Rubnitz films, which we would highly recommend. Otherwise, there are some freely available on YouTube though the quality is sometimes pretty poor. 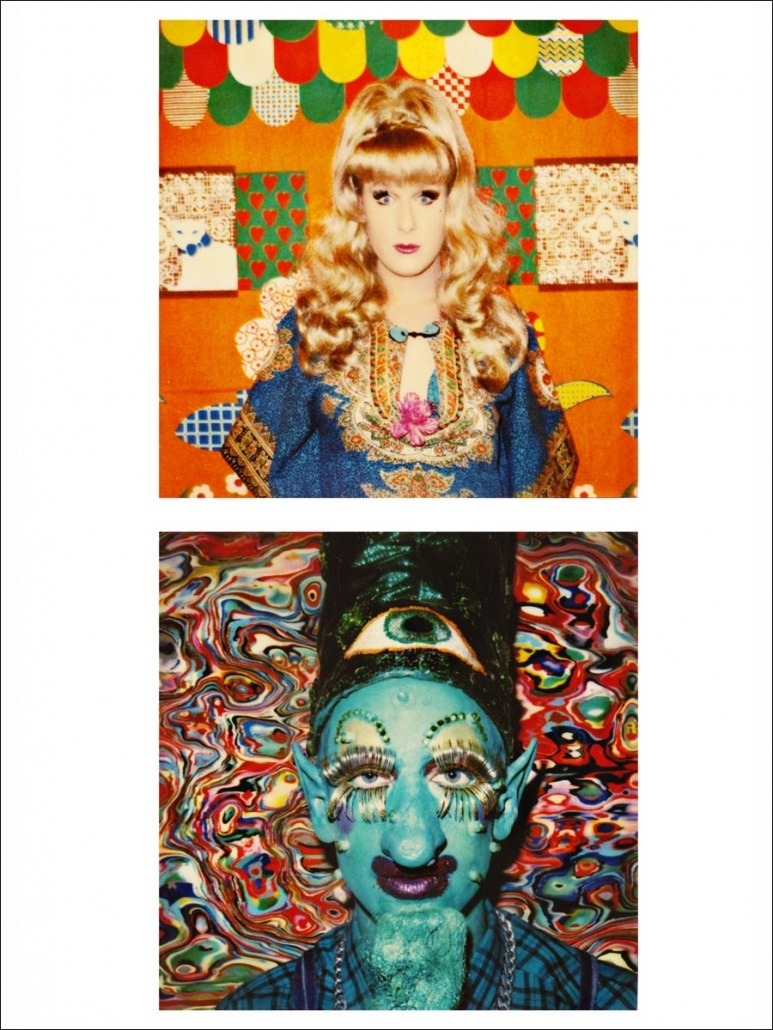 PONYBOY:   Do you know if there are any upcoming exhibits of Tom’s work?

GOSWELL ROAD:   We don’t unfortunately, though we are sure there will be! His work is very important, and hopefully we have contributed to introducing it to a new growing audience. 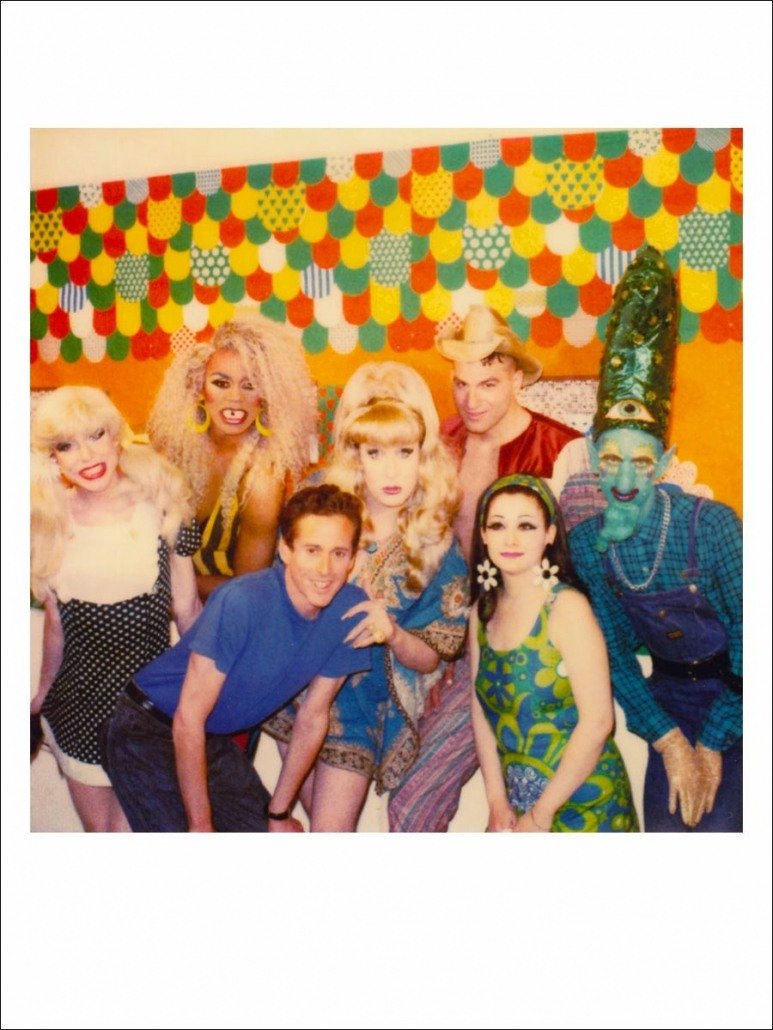 Tom Rubnitz with the cast on the set of Pickle Surprise, 1989 Photo courtesy Barbara Lipp.

PONYBOY:   Can you tell us about what projects Goswell Road has in the upcoming future?

GOSWELL ROAD:   For the next show at Goswell Road we will be showing films and related ephemera by Nick Zedd. Zedd’s work intersects with the LES scene that Tom was related to with his films and performances being presented in the same clubs, like the Pyramid Club and Club 57.

We are showing his films They Eat Scum, Police State and War is Menstrual Envy. Zedd is now living in Mexico and we have been in contact with him by email. We bought the films, magazines and posters directly from him for the show. The films we are showing date from 1979 to 1992, but they couldn’t be more relevant in our current political climate. The show will be visible from April in the space. We recommend anyone interested in buying Zedd’s films to contact him directly via his Instagram:  https://www.instagram.com/nickzedd/?hl=en

We are also working on a book with the writer Sabrina Tarasoff and Cecelia Condit. During Condit’s show at the space, we initiated a zoom conversation between them both, which will form the backbone of the book, revealing personal insights into the work. The book will be available on our site from May. 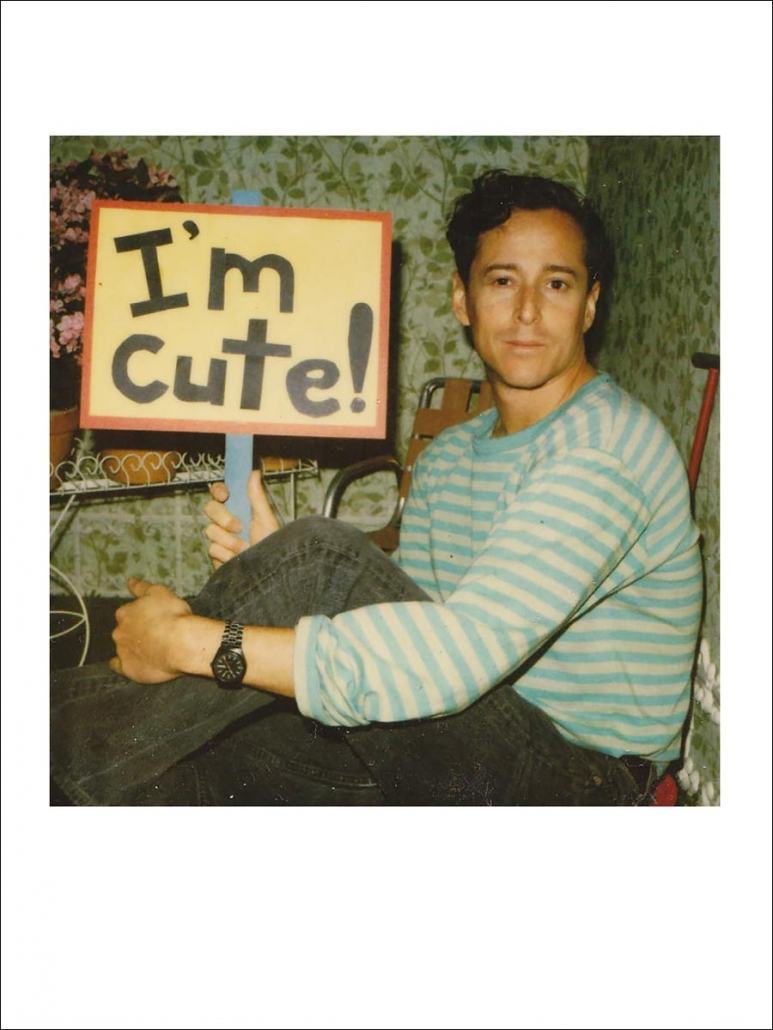