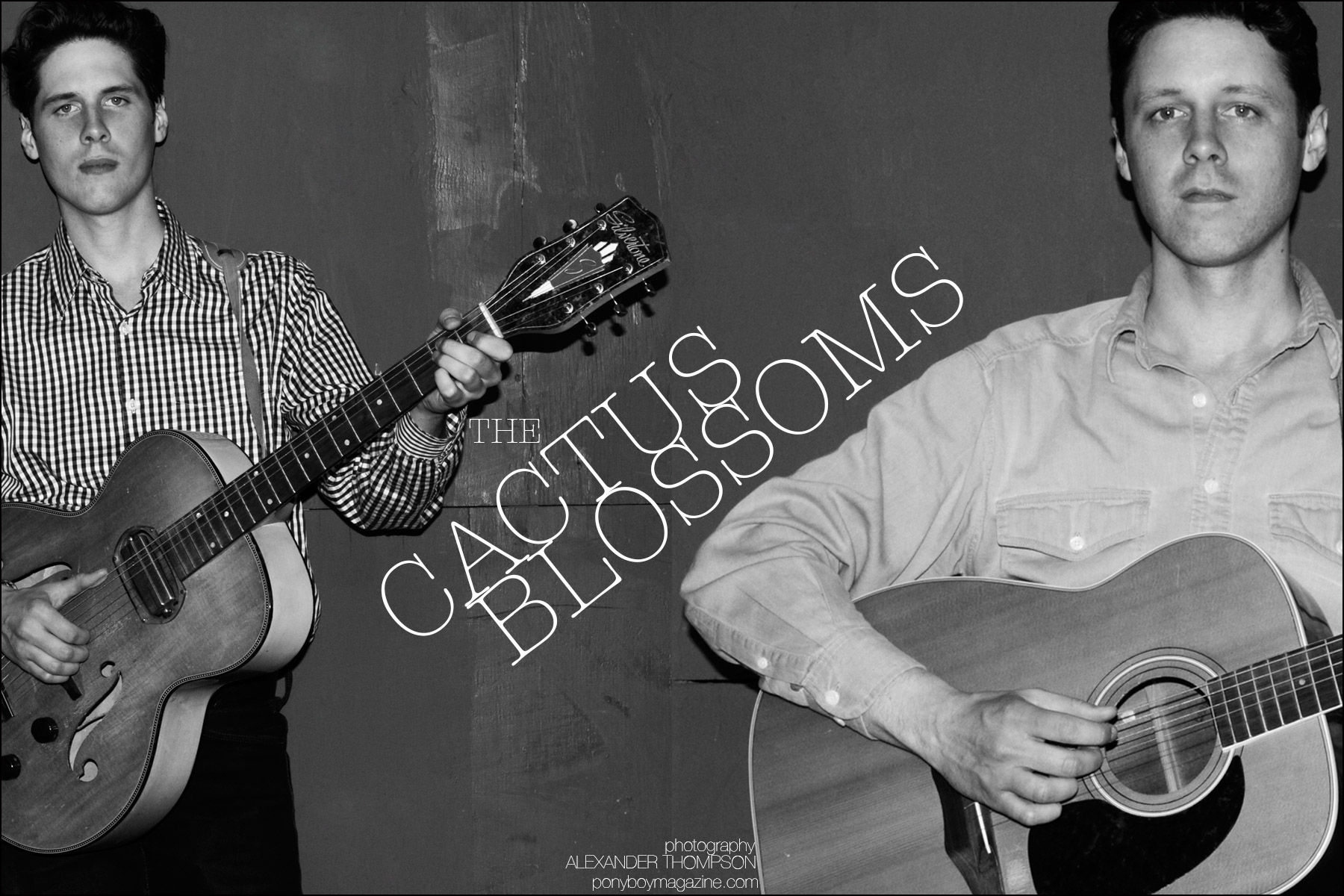 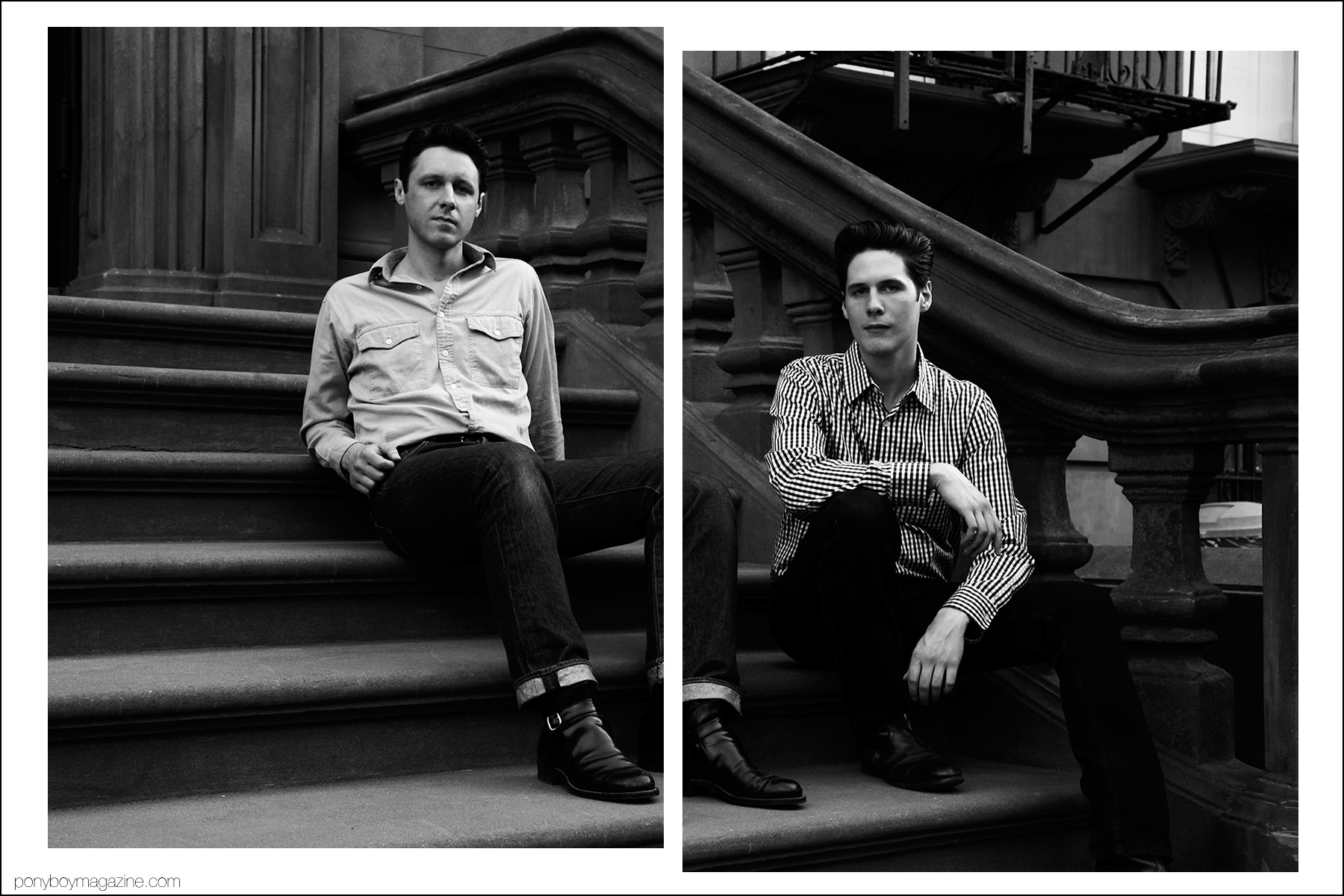 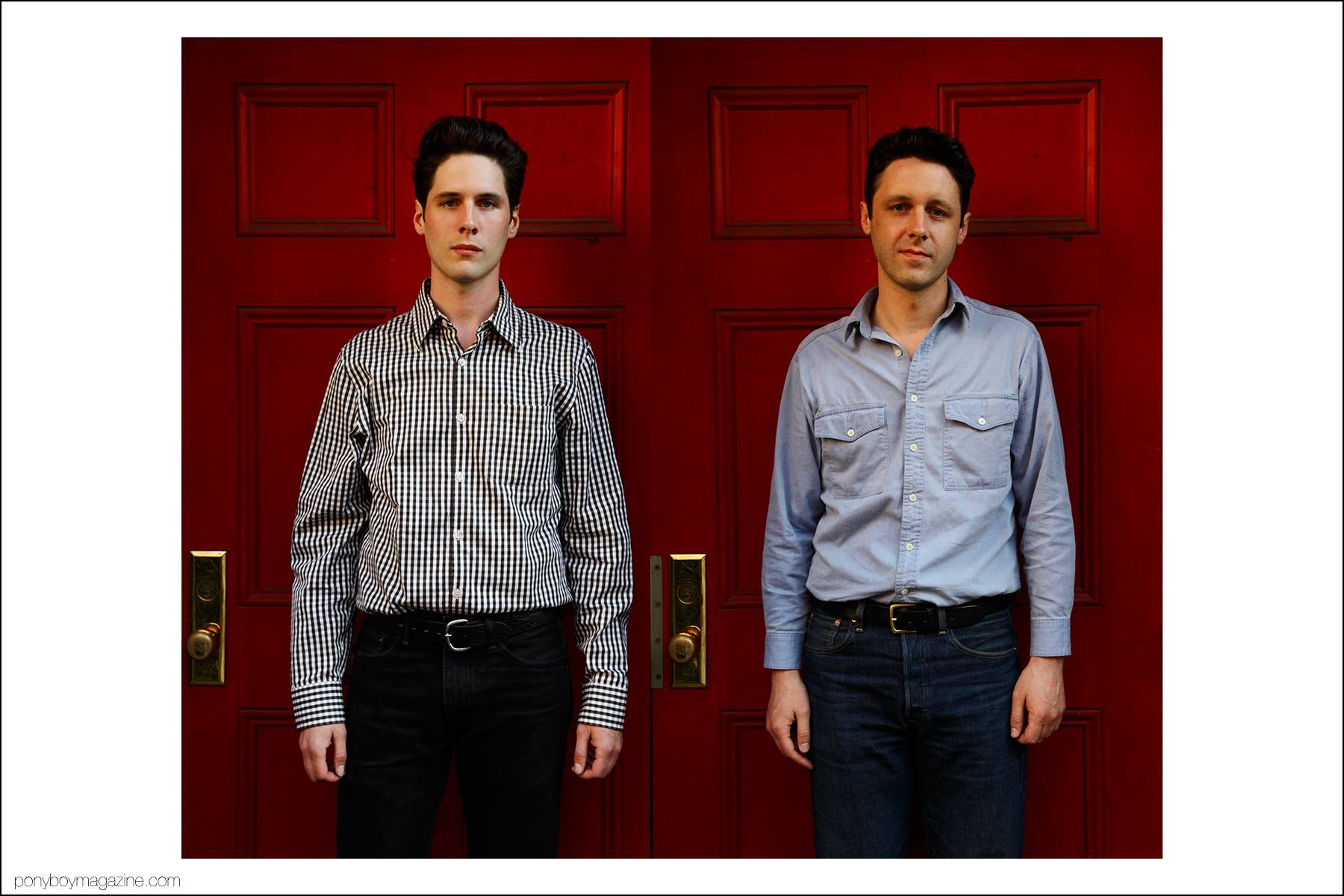 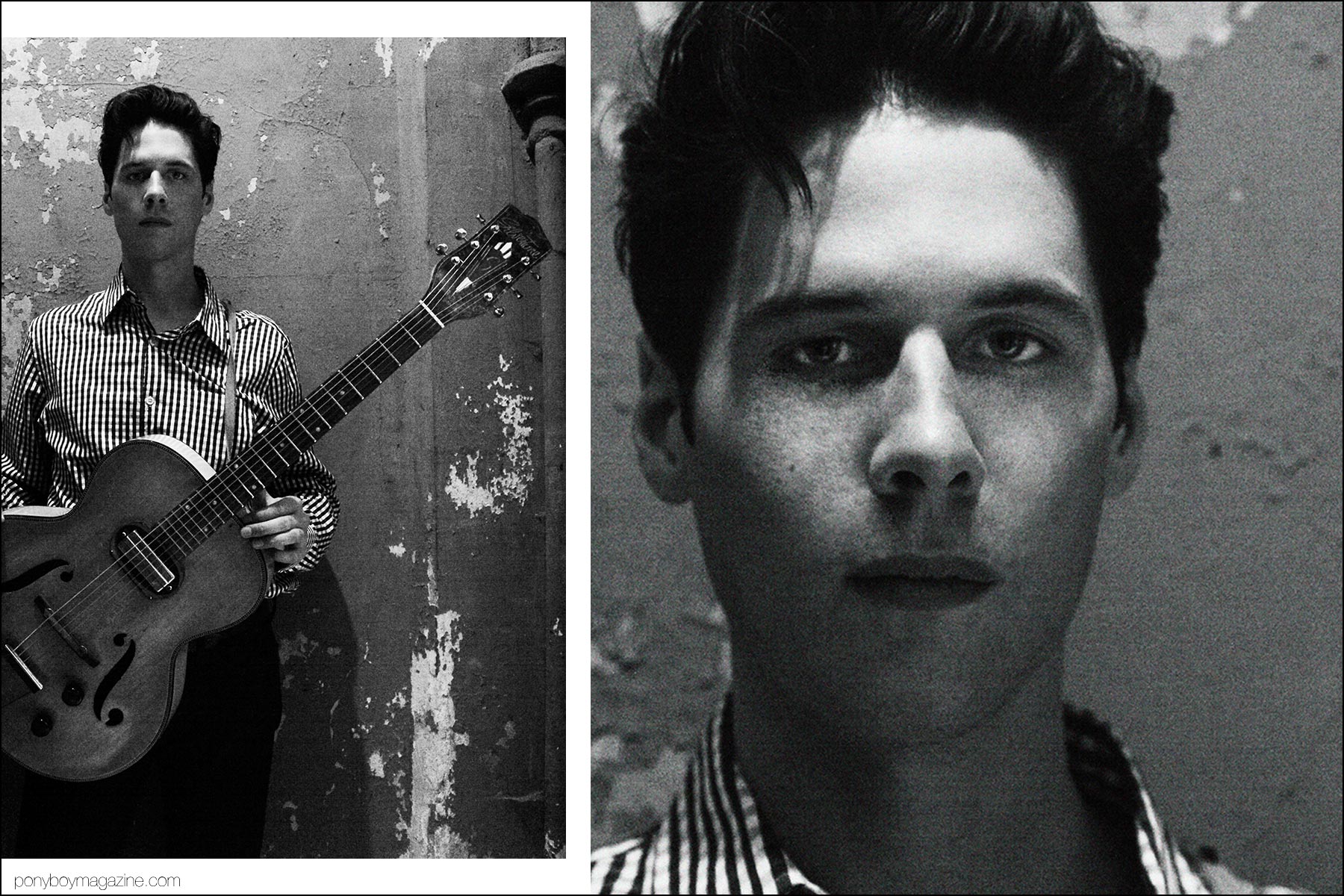 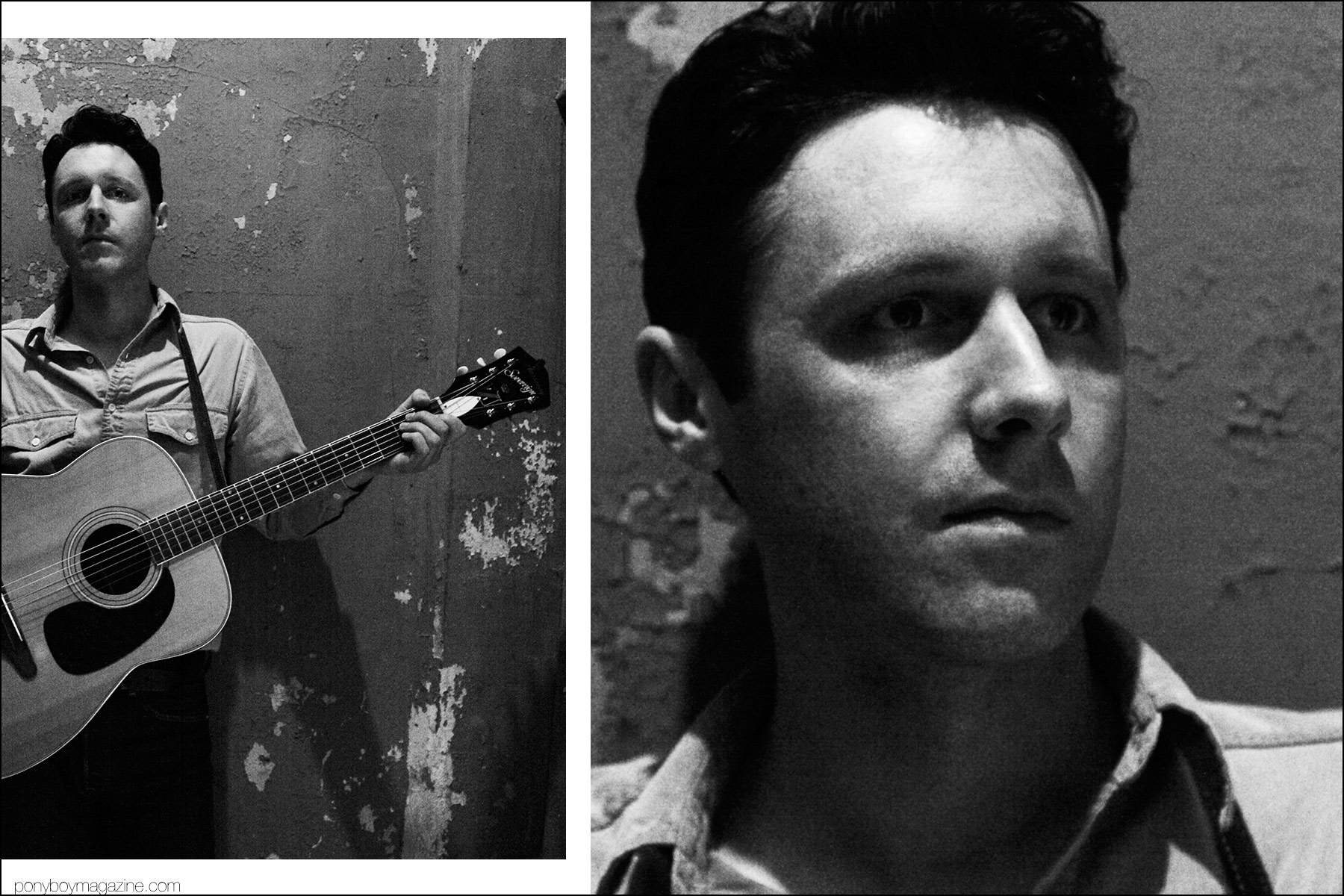 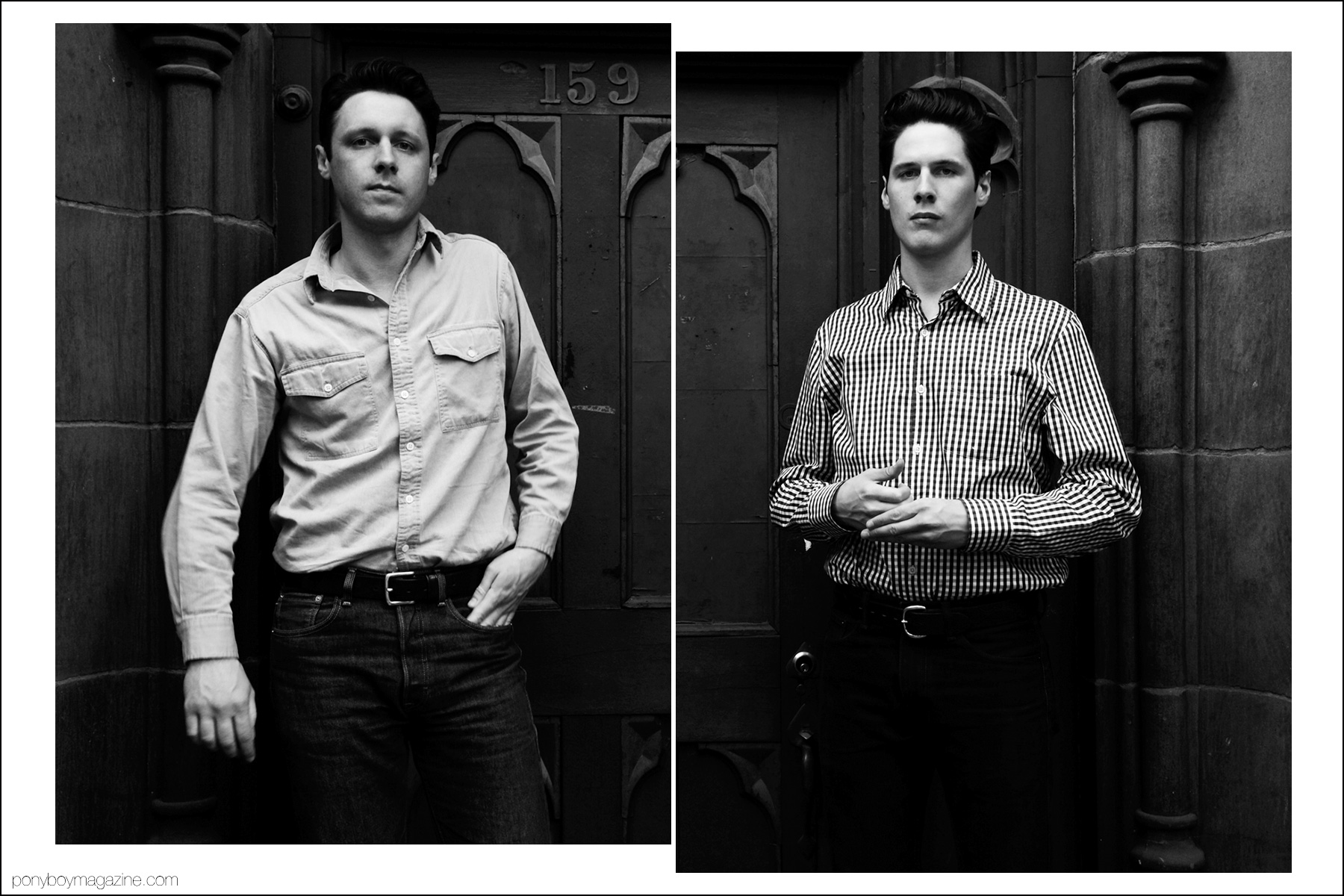 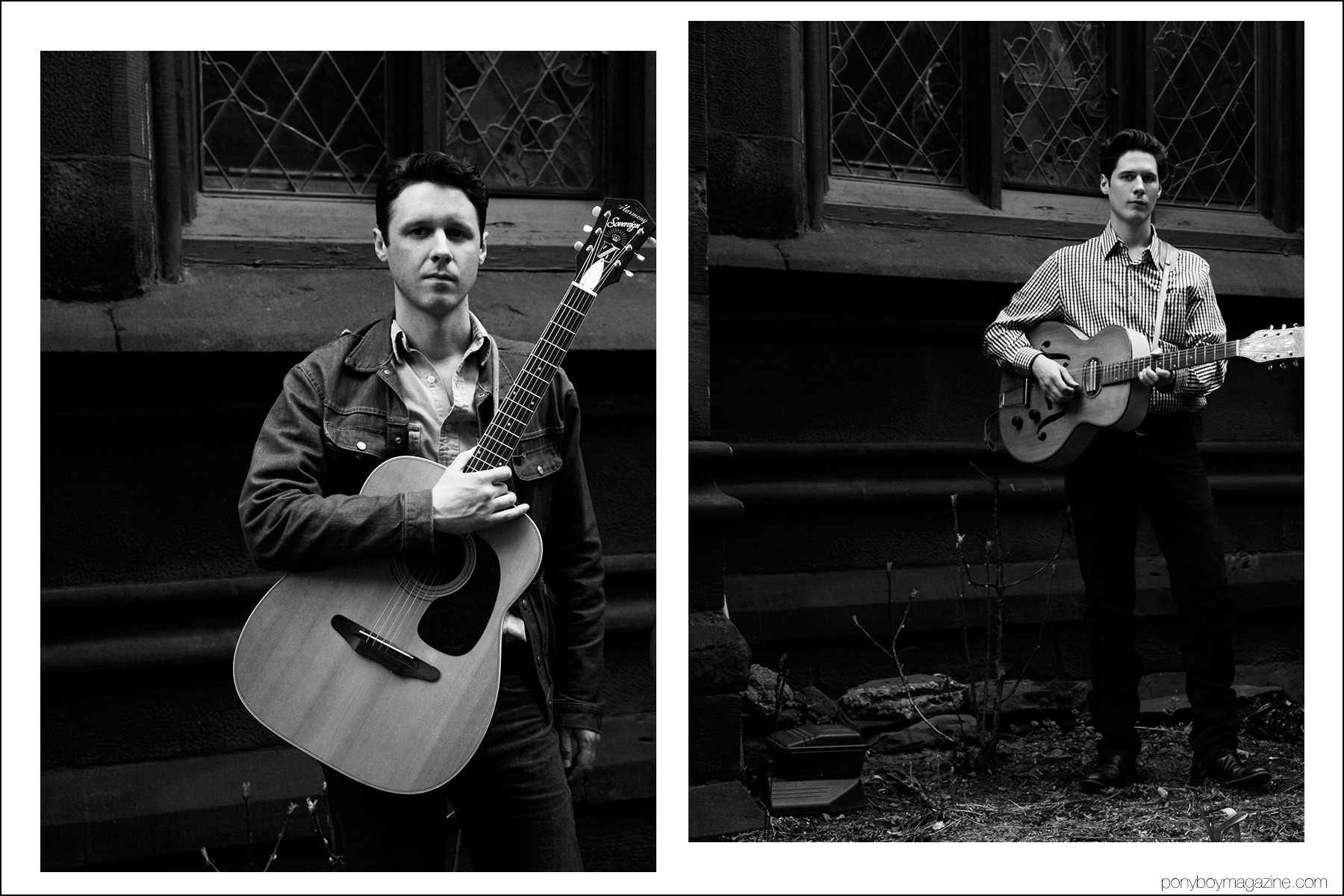 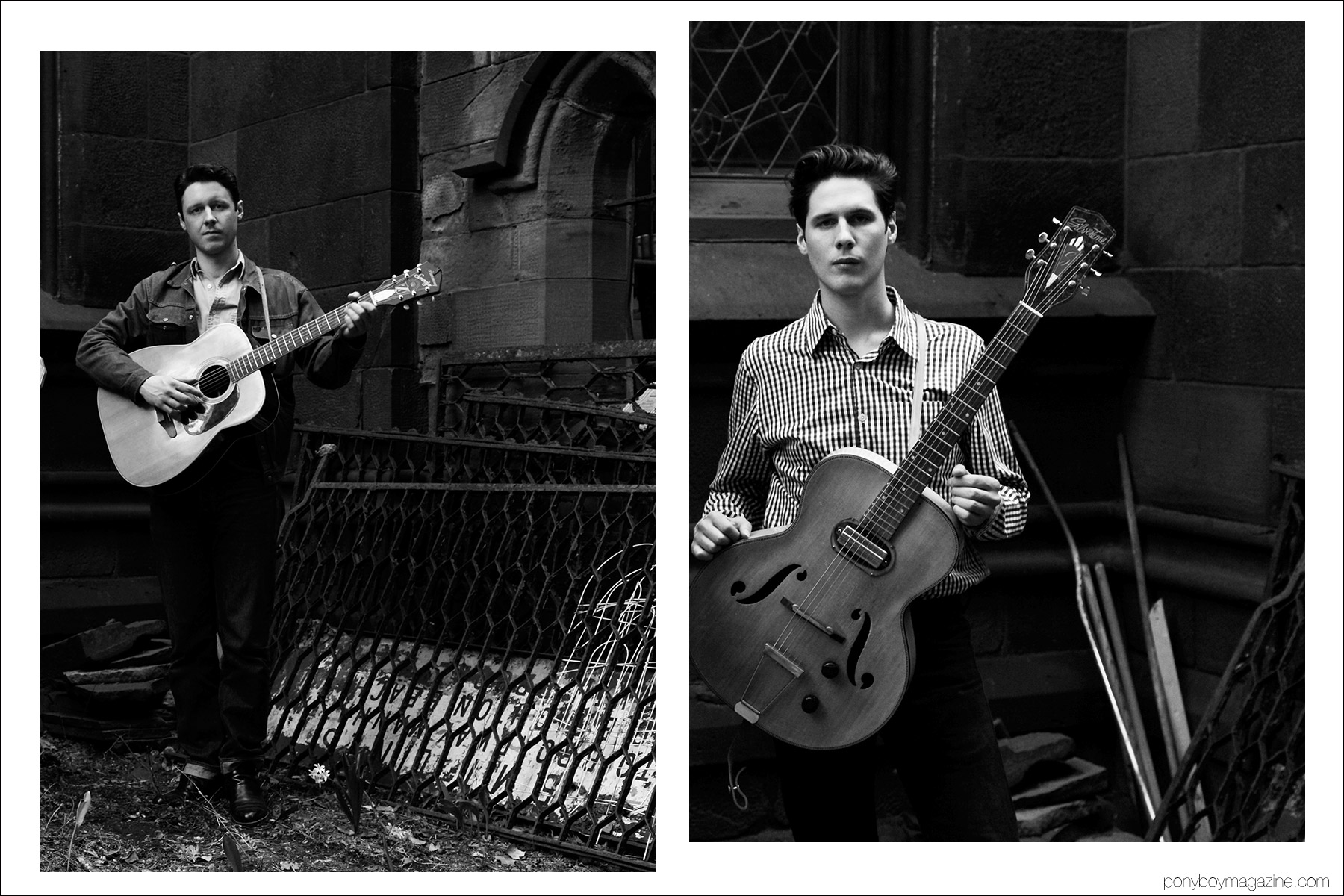 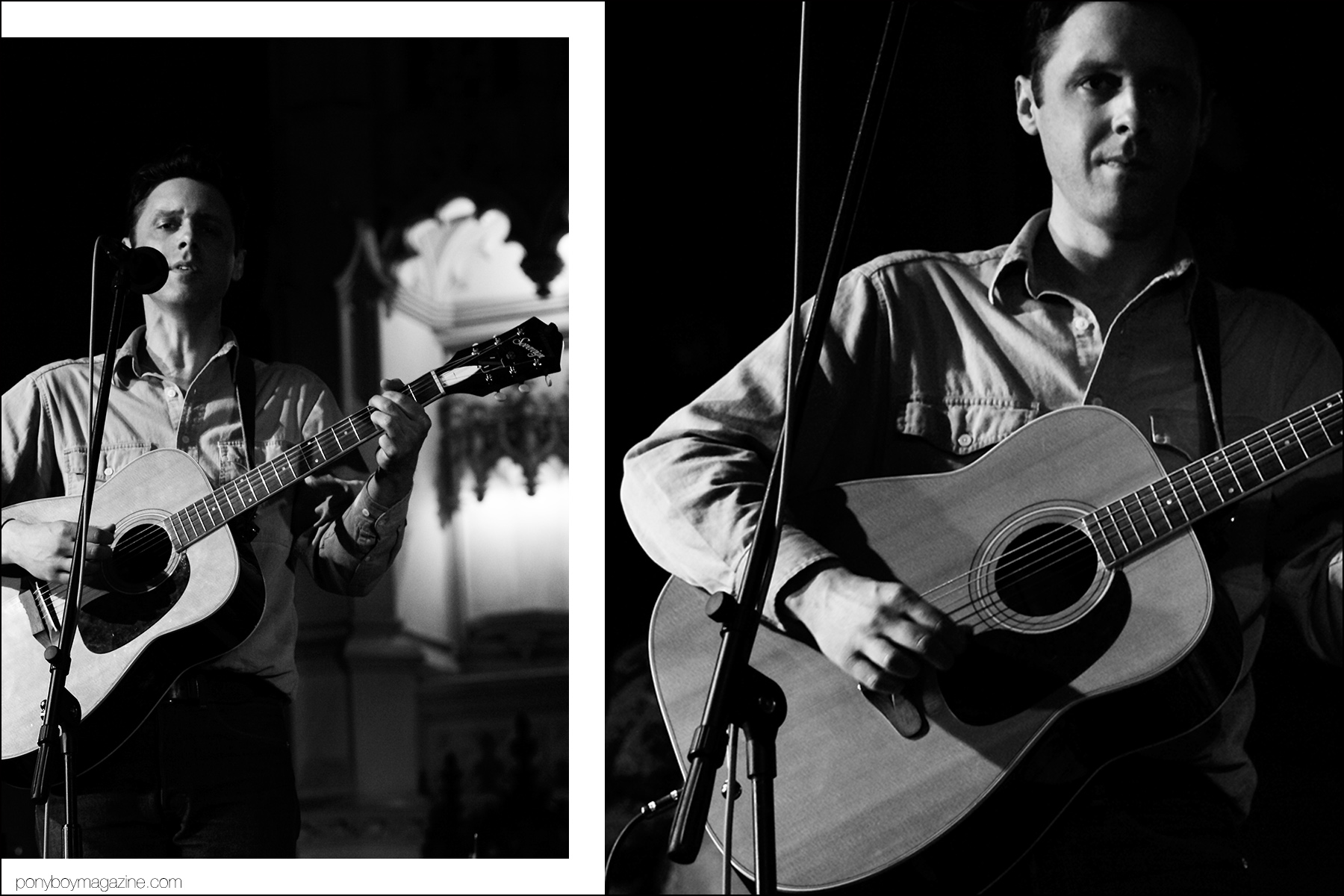 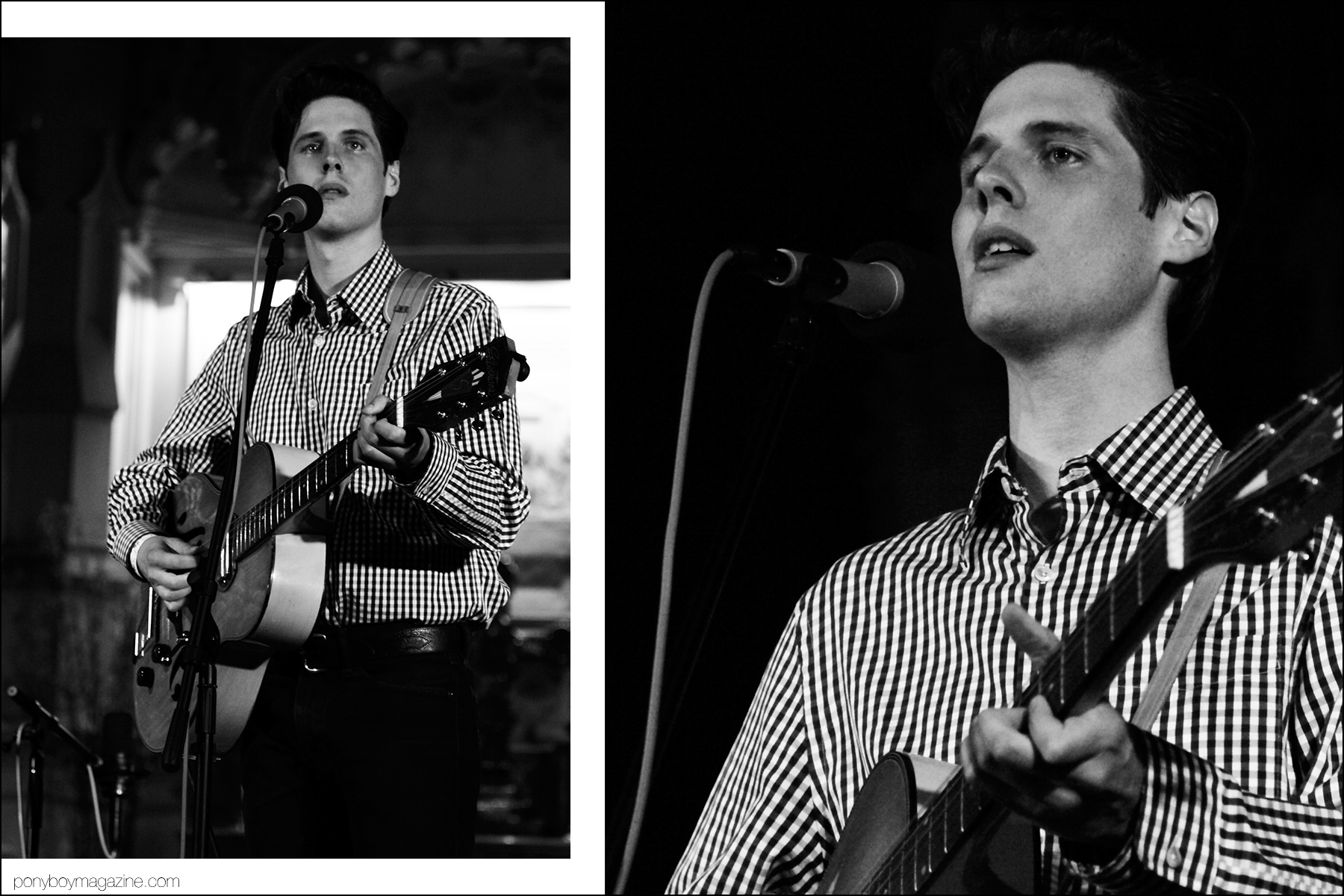 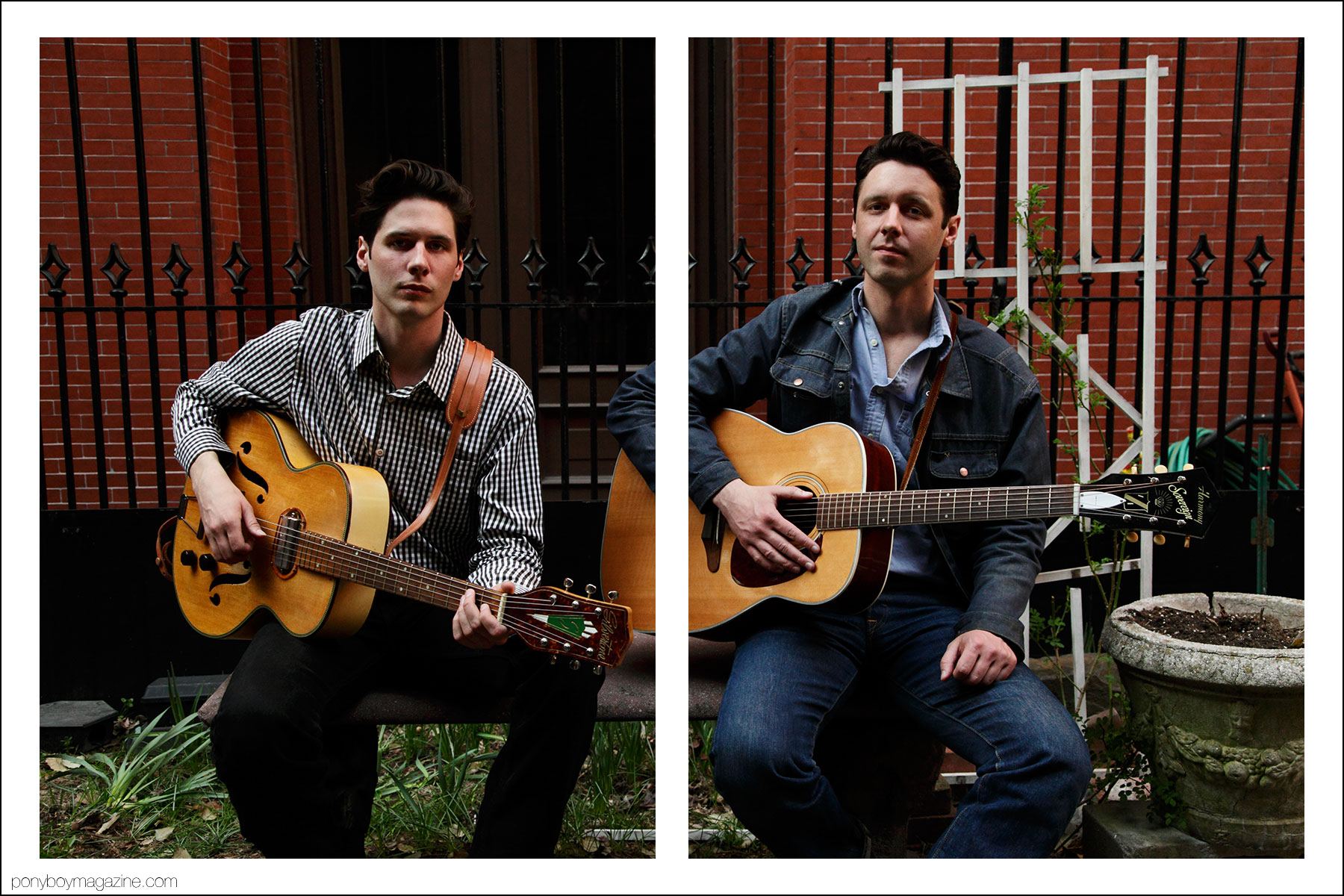 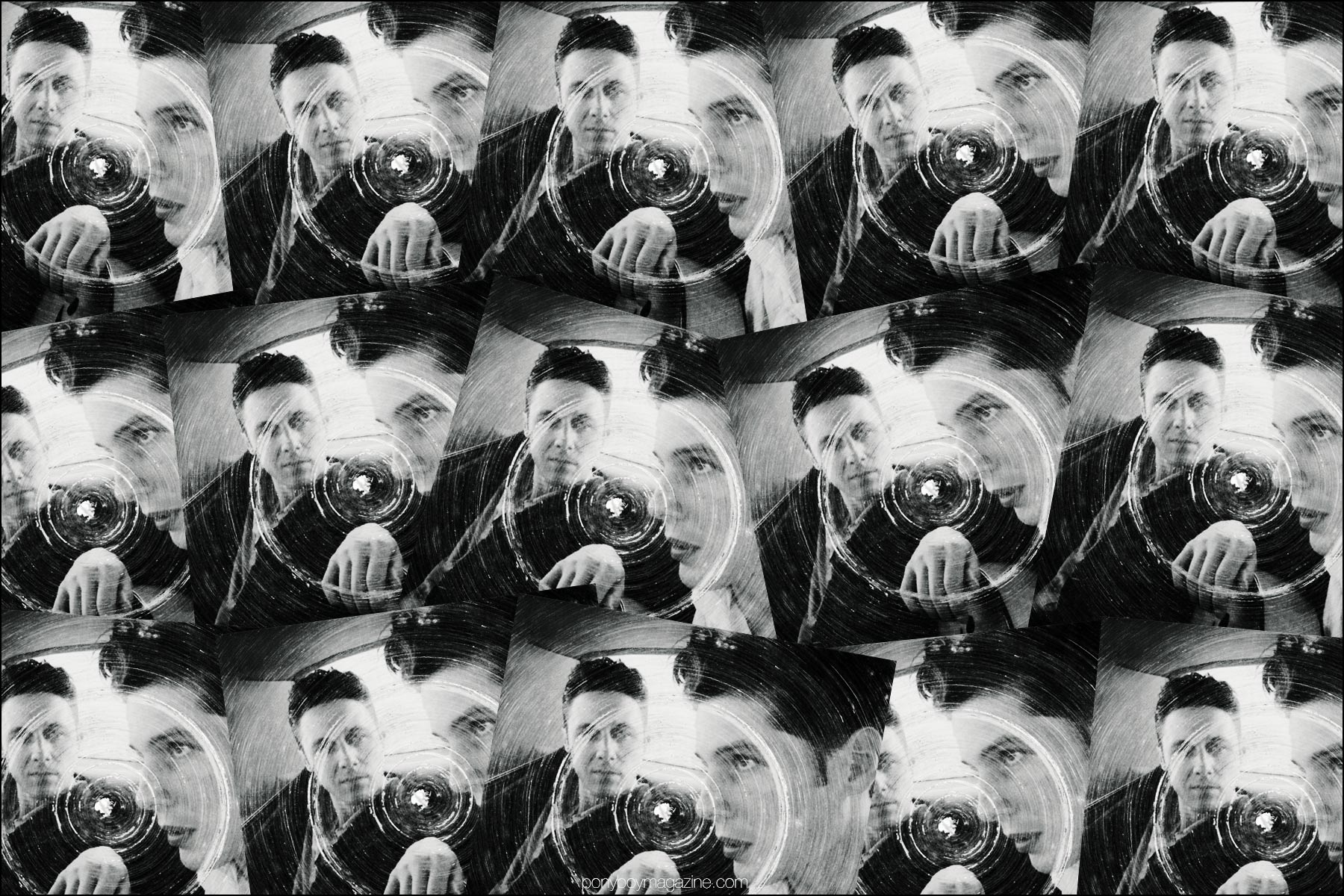 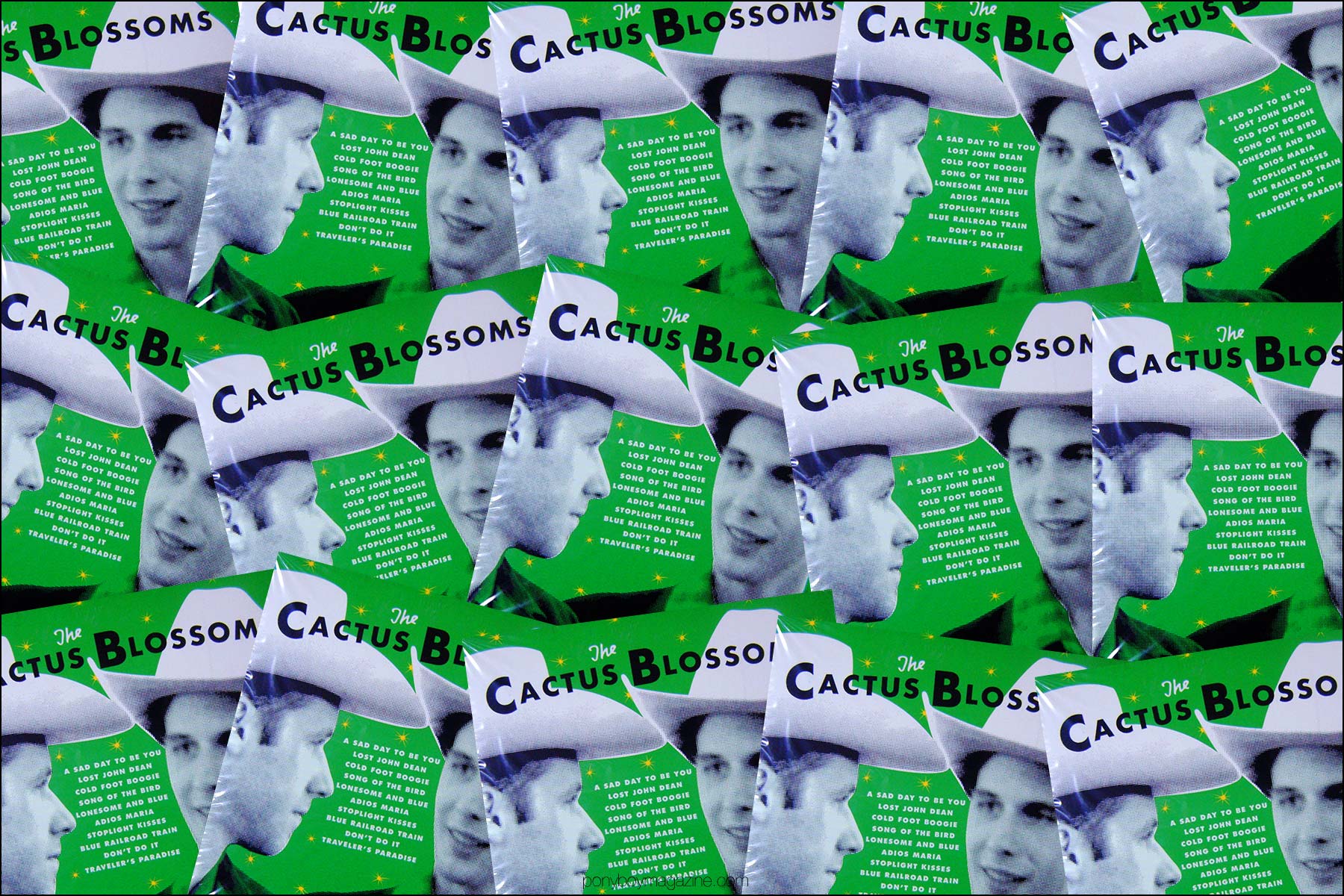 The Cactus Blossoms are a musical duo consisting of siblings Jack Torrey and Page Burkum who sing their smooth country ballads in harmony. We saw these talented Minnesota based musicians perform at the 7th Annual Brooklyn Folk Festival. And we, as well as the rest of the audience, were immediately mesmerized by their beautiful voices. Recalling the early days of country music back in the 1940′-50’s, their down-to-earth attitude is something that comes through in their wonderful music. Photography Alexander Thompson.

PONYBOY:   Please tell our readers about your early family life in Minneapolis.

‏JACK:  Minneapolis is a great little city! We moved here from a small town called Howard Lake back when Page was twice my age. It’s hot in the summer and extremely cold in the winter. We spent most of our time playing baseball in the park down the street with the neighbor kids and riding bikes by the train tracks. When it got cold it was all about building snow forts and sledding. We were outside all the time!

JACK:  I’ve been avoiding this for a long time, but I think it’s time to set the record straight. My given name is Torrence Aloysius Burkum, but everybody called me Jack because it was easier to yell across a field. And I preferred it. So, later I just chopped it up, switched it around and put it back together again in hopes that it would get me made fun of less. Now you know!

PONYBOY:  When did you both get into music?

PAGE:  We’ve always listened to all kinds of music. When we were in our teens, Jack had a bass and I played a little bit of drums, but just for fun. For a few years we both developed a strong interest in graphic design, so we spent a lot of time messing around with that. That was our first collaboration. Then somehow we were exposed to old folk and blues music, and we were put under it’s spell. That’s when we started trying to make music of our own.

JACK:  I’ve been loving music since I can remember. Being the youngest, it was great to get to listen to whatever my older brothers or dad brought home from the record store. When I was eight or nine my parents got me a little bass guitar. And I started trying to play along to albums, so I could pretend I was in a band.

PONYBOY:  How did The Cactus Blossoms form?

JACK: Our buddy Glen Hanson had a regular gig at a bar in Minneapolis a couple times a month, and we were backing him up on bass and drums. We had just begun working up a repertoire of songs we liked or had written. So after a while, Glen got us playing a short set to start out the night, and it just snowballed from there.

PONYBOY:  Have you always been into country music?

JACK:  When we were young, Billy Ray Cyrus was “country” and I didn’t understand that musicians I loved, like Buddy Holly, The Everly Brothers or even Johnny Cash, were considered country. When I first heard Hank Williams, I remember thinking, “This isn’t country. How can he be one of the founding fathers of country music?” When I was growing up, I used to say I liked everything but country. Now I realize how confused I was about what “country music” means.  I guess I’m still confused.

PONYBOY:  The Cactus Blossoms have been compared to old school country groups like the Delmore Brothers and the Louvin Brothers. Who are your musical influences?

PAGE:  I think it’s safe to say we wouldn’t be playing the kind of music we do without the Louvins.  They wrote the book on two guys singing together.

PONYBOY:  Do you feel that there is a resurgence of this genre of music?

JACK:  I don’t know if there’s been a big resurgence or if it’s just the natural cycle of styles saying goodbye, then coming back around. But I do think being able to watch videos of long gone musical performances on the internet has made older music much more accessible.

PONYBOY:  Are there any modern sounding country musicians that you favor?

PAGE:  Most of it’s pretty bad stuff. Be careful out there.

PONYBOY:  You’ve toured with the great JD McPherson. Tell us about that experience.

PAGE:  JD’s really taken us under his wing and we’re eternally grateful. The man can sing!

JACK:  It’s been amazing. JD and his band are all incredible musicians and wonderful people. I can’t think of anybody I’d rather travel around the country and world with. Besides that, it’s great to get free music lessons every time I watch them play.

PONYBOY:  You have two albums under your sleeve. Are you in the process of recording at the moment?

PAGE:  We’re putting the finishing touches on our new album as we speak, and we’re really happy with it! We employed the extraordinary skills of Chicago musicians Alex Hall (performing double duty as engineer and drummer), Joel Paterson (guitar), and Beau Sample (bass). JD McPherson has also played a huge role as co-producer. We can’t thank these guys enough for their contributions.

PONYBOY:  Do you have any plans for touring anytime soon?

PAGE:  We’re laying low and sticking to the mid-west over the summer, but we hope to get on the road this fall.

JACK:  Hopefully, we make it back to New York soon! 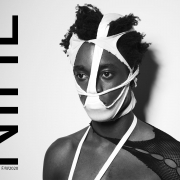 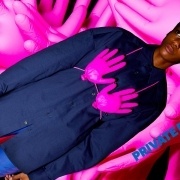